Almost everyone has made the requisite joke or two regarding Garry Marshall's propensity for taking a holiday (such as say, Valentine's Day) and using them as an excuse to make drawn-out romantic comedies that may but very likely may not make viewers chuckle or get emotional with a familiar face at the wheel of the action. So perhaps in swinging (and missing) with a film with the most romantic day of the year as a backdrop, Marshall has learned from his mistakes with his follow-up film, set on New Year's Eve in New York City? The odds are long.

Marshall reunites with Katherine Fugate, who also penned the Valentine's Day script, and in this film, we see no fewer than nine different storylines in various stages of development and payoff. Claire (Hillary Swank, Conviction) is a stage manager that is trying to get the Times Square ball to drop without a hitch. A young bike messenger named Paul (Zac Efron, High School Musical) is a bike messenger that runs into Ingrid (Michelle Pfeiffer, Hairspray), a disgruntled worker at a record label, who asks Paul with help in performing a list of wild New Year's resolutions so that Paul can secure free tickets to an exclusive New Year's Eve party at the label. In the meantime, Paul's sister Kim (Sarah Jessica Parker, Sex and the City 2) is not only dealing with her daughter Hailey (Abigail Breslin, Little Miss Sunshine) and her urge to go into the City amongst the tens of thousands to meet a potential boyfriend, but meeting up with a guy that Kim met last New Year's. 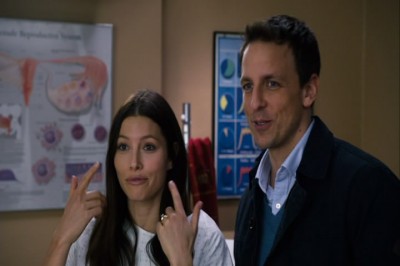 Moving along, Paul's friend, a comic book artist named Randy (Ashton Kutcher, No Strings Attached) who neither has the desire or urge to go out for New Year's finds himself trapped in an elevator in his apartment with Elise (Lea Michele, Glee). Elise is a backup singer for a superstar named Jensen (Jon Bon Jovi), who is playing both the Times Square concert and the earlier mentioned record label party. He is doing the latter in part because he wants to talk to Laura (Katherine Heigl, Life As We Know It), the chef working the party who Jensen left after proposing a year ago. Meanwhile, two sets of expectant parents are at a hospital, aiming to deliver the first baby of the New Year. The parents (Til Schweiger & Sarah Paulson vs. Seth Meyers & Jessica Biel) really get down to the competition spirit quickly. In that same hospital, a nurse named Aimee (Halle Berry, Monster's Ball) is tending to Stan (Robert DeNiro, Heat), who is dying and wants to try and see one more New Year's pass. Those are the main stories that are involved in the film and there are smaller ones that introduce other recognizable and pretty faces, but for your sanity and to make sure my head doesn't cave in on itself, I'll spare the details of doing so.

I understand if Marshall wants to do a film that boasts a huge ensemble cast, with storylines that may intertwine deeply or superficially in the tradition of Altman (or to a more recent degree P.T. Anderson). However, one of the things that make those types of films so good is that the characters are interesting and you want to go on their journeys because you have no idea where they are going to end up. In New Year's Eve, the scores of characters go through the motions, with an occasional dalliance with the mysterious or entertaining. Moreover, they heap guest appearance on top of guest appearance, with the light seasoning of Marshall stock company actors like Larry Miller and Hector Elizondo thrown in for good measure. As the movie went on, I honestly cared less about how the events played out and wondered if this was just a really elaborate two-hour trolling job by Garry Marshall. I mean, who does some of the things that he does in one film? All in a row? And for a genre that already appears to work better with a shorter run time, why even consider yet another two-hour run time for a film? Come on Garry, you're not Richard Curtis, you can't pull that off. 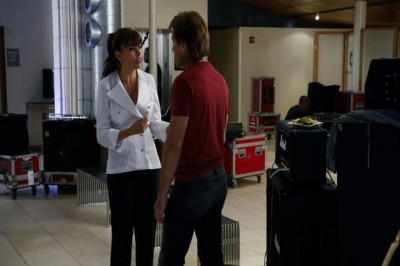 At the end of the day, New Year's Eve fails to capture the magic and the romance of a moment like the holiday that the film is named for. It captures more of the unseemly side; the long drive into the city, the traffic headaches, and by the end of the film, the drunk's vomit on your shoes. And if there is another holiday coming up that Garry Marshall plans to use as the backdrop for another two-hour film, run fast and in the opposite direction.


Presented in 1.85:1 widescreen and in high-definition using the AVC codec, New Line gives New Year's Eve as decent a Blu-ray transfer as it could get. Not to say it is jaw-dropping, it just handles all of the different things going on in the film ably. Black levels are deep and give a quality contrast, particularly in the elevator scenes with Michele and Kutcher, and skin tones are replicated accurately. There tends to be minor bouts of image noise in the post-New Year's concert, but that is to be expected. It lacks razor sharp image detail in the foreground and background, but looks good enough to be a decent Blu-ray without being jaw-dropping.


The DTS HD Master Audio soundtrack is solid despite the relative dialogue-driven nature of the production. Dialogue is consistent in the center channel and requires little in the way of user adjustment, and directional effects/channel panning are both present and sound clear and effective in the listening experience. There are even hints of the low-end that come through in the various pyrotechnics that go off when the clock strikes midnight on January 1. The soundstage is not entirely broad, but it is not called upon to do any heavy lifting. It does what is asked of it without issue.


Marshall provides a commentary that is much like the film itself in that it's predictable, provides little in the way of reflective or interesting moments, and goes on for a bit too long. He easily shows us what the viewer already sees in a 'this is this, that is that' type of manner, and spends a chunk of time introducing the already bursting at the seams cast. I was surprised to learn that there apparently was a musical for Happy Days, and when referring to Angry Birds, Marshall says "Everybody's playing the birds," which partially leads me to think that he's remaking Hitchcock in the future with that line. Any way you shake it, the commentary is threadbare. 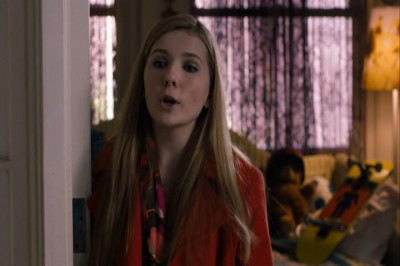 From there, a wealth of deleted scenes (7:48) include cameos by John Stamos and basketball player/unsuccessful fire extinguisher puncher Amare Stoudamire. The making-of featurettes are brief both individually and as a group. "New Year's Eve Secrets of the Stars" (6:14) is where the cast discuss favorite New Year's Eve memories, while "The Magic of Times Square" (6:12) takes us around the wonder of a New York City shoot. "Jon Bon Jovi & Lea Michele Rock New Year's Eve" (5:23) shows us how the mentioned actors bring their vocal talents to the movie. The gag reel (11:04) is funny although a little bit bloated. There is a standard definition copy of the film on this flipper disc, and an Ultraviolet copy of same for digital download.


If Magnolia was distracted by something nice and pretty, lured into a dark alleyway, and was beaten about the head and shoulders with a tire iron to the point where it could no longer function in every day society, it would likely be New Year's Eve. The performances are uninspired, the story is rambling and barely provides any surprises, and as far as additional enjoyment of the film, this disc does not bring anything worthwhile to the film. Go see Avengers again or something, your significant other will at least enjoy all of the beefcake.