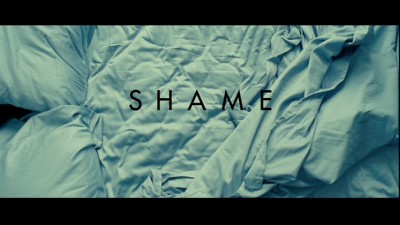 Director Steve McQueen is no stranger to unpleasant subjects. McQueen directed Michael Fassbender in Hunger, an intense drama about the 1981 Irish hunger strike. The pair re-teams for Shame, in which Fassbender plays Brandon, a successful New York City businessman struggling with a crippling sex addiction. 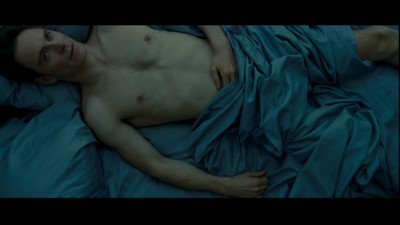 The constant need for sex overcomes all areas of Brandon's life, and the arrival of his free-spirited sister, Sissy (Carey Mulligan), sends him over the edge. Fassbender's performance is brave and impressive, and, despite its intense portrayal of Brandon's addiction, Shame is consistently entertaining.

Brandon lives alone in a modern apartment in the city, and reports to work to impress clients for his boss, David (James Badge Dale). Brandon projects an air of success and restraint, but finds solace in conquering as many women as he can. Brandon prowls in bars and pays for sex at his apartment, and Brandon's work computer crashes after he loads it with virus-infected pornography. Sissy shows up with the usual story of an ended relationship and a lack of funds, and her childlike demeanor quickly sets Brandon off. This unease increases Brandon's need for sex, which begins a vicious cycle of sin and punishment.

Brandon's sex addiction is so intense that he is unable to be truly intimate with anyone. 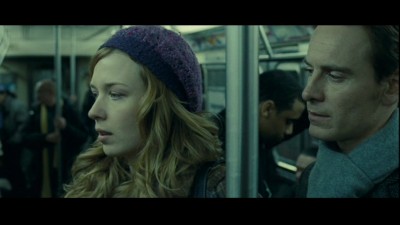 Brandon does not pursue romantic relationships; he fucks. He prefers sex with random hookers to sex with any emotion, and finds himself unable to perform after a date with a co-worker. Sissy's own reckless sexuality enrages Brandon, particularly her indiscretions with Brandon's married boss, and she forces him to confront his own behavior. McQueen shows that Brandon's desire to be normal is nowhere near strong enough to curb his destructive impulses.

Fassbender, whose star rose quickly thanks to X-Men: First Class, bares more than his body in Shame. At points Fassbender is so persuasive as a man at rock bottom that you might mistake him for a real addict. Brandon keeps up appearances well, but snaps when operating outside his job or in Sissy's company. McQueen makes sex addiction the driving force for most of Brandon's decisions. 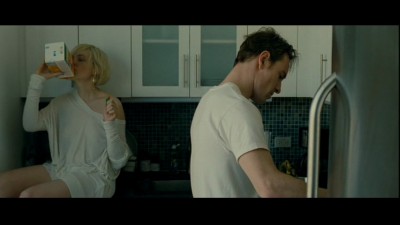 Outside of his 9-to-5, Brandon does little other than pursue all types of sexual gratification and sleep. Sissy, though irresponsible and selfish, does not solely anger Brandon with her behavior. The simple act of being there means someone notices that Brandon is hurting, and having Sissy recognize this weakness is almost too much for Brandon to handle.

McQueen keeps things rolling into ever darker corners of Brandon's life, but Shame never becomes oppressive. Between the performances and McQueen's stationary camera and extended takes, Shame is plenty entertaining. Mulligan matches Fassbender scene for scene with her misguided sweetness, which is saying something when you consider how completely Fassbender gives himself over to the role. When Brandon's downward spiral reaches a boil, his life begins crumbling around him. What does Brandon do? He numbs his shame with sex. McQueen gives Brandon the pieces to regain control but never forces him to commit, leaving Shame an interesting portrayal of a consuming addiction.

The 2.35:1/1080p/AVC-encoded transfer is dark and gritty, with nice detail and texture. Much of Shame takes place at night, and the image gets a bit grainy to preserve shadow detail. Contrast is generally solid, and softness only pops up occasionally in dimly lit outdoor scenes. Colors are desaturated but look slick in the film's grey/blue color scheme, and skin tones are natural. Blacks are deep and only occasionally crush, and Fox has refrained from scrubbing the film with any digital tools.

Shame is not a particularly boisterous film, but the 5.1 DTS-HD Master Audio soundtrack replicates the theatrical viewing experience. Dialogue is crisp and clean and appropriately balanced with the effects and music. The LFE comes alive in spots, particularly for the pounding music outside a club, and the surround speakers hiss and hum with the sounds of the New York City subway and crowded streets. The track's clarity is excellent, and there are many quiet, ambient sounds to be heard from the surround speakers. A Spanish 5.1 Dolby Digital track and English SDH and Spanish subtitles are also available.

Shame arrives as a "combo pack" from 20th Century Fox. The set includes the Blu-ray, a DVD copy of the film and a digital copy. Although Fox normally provides iTunes-compatible digital copies, Shame only works with the Android Market because Apple does not allow NC-17 content on iTunes. The two discs come in a Blu-ray eco-case that is wrapped in a glossy slipcover.

The disc comes up short on extras. An in-depth documentary about the production and controversial NC-17 rating or a detailed looked at sex addiction might have been interesting, but the material here is only brief, EPK-style clips. In Focus on Michael Fassbender (3:01/HD), the actor discusses his character's sexual addiction. In Director Steve McQueen (3:09/HD), the film's director gives a few more remarks on sex addiction and Sissy and Brandon's relationship, and The Story of Shame (3:19/HD) features very brief interviews with Fassbender, Mulligan and McQueen about the characters. In A Shared Vision (2:38/HD), Fassbender and McQueen talk about working together and what drew them to the material, and Fox Movie Channel Presents: In Character with Michael Fassbender (5:15/SD) includes more sound bites from the lead actor. The extras conclude with the film's theatrical trailer (1:47/HD) and a few bonus previews. 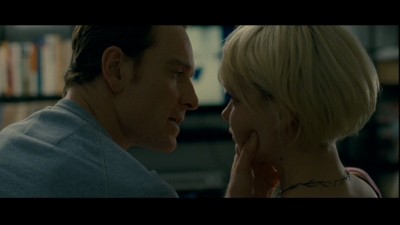 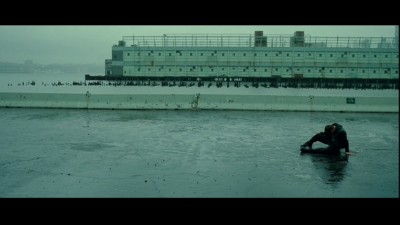 Michael Fassbender's commitment to the role of Brandon, a young professional struggling with sex addiction, is daring and impressive. Shame, from director Steve McQueen, follows Brandon as he struggles to satiate his ever-increasing need for sexual gratification. Carey Mulligan is similarly strong as Brandon's needy sister, whose presence only increases Brandon's destructive behavior. Shame is a dark, entertaining portrait of serious addiction. Highly Recommended.