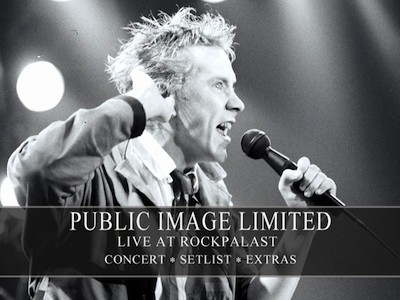 The band Public Image Limited was formed by John Lydon, aka Johnny Rotten, in 1978 after the dissolution of his previous outfit, punk pioneers the Sex Pistols. PiL's early music was a far cry from the noisy bashing of the Pistols; their recordings were darker, more atmospheric, and rhythm-based. By the time they recorded the concert on Public Image Limited - Live at Rockpalast 1983, the band had released three albums and had a fourth on the way. They had also gone through one major line-up change. Only drummer Martin Atkins (a founding member of Pigface) remained after the still unreleased This is What You Want...This is What You Get was finished. The German performance captured here features back-up from a makeshift touring band, and yet is no less exciting. When it comes to PiL, the songs and the man at the microphone have always been what really mattered.

This hour-long program, recorded for the European music show "Rockpalast," features thirteen songs (twelve if you count the bookend performances of "Public Image" as one track). The set includes early album cuts and singles like "Chant" and "Religion," as well as soon-to-be hit "(This is Not a) Love Song" and a surprise rendition of the Pistols classic "Anarchy in the UK." The band is pretty tight, having been touring together for a while--they had already recorded the Live in Tokyo platter--and they are particularly impressive on more intricate tracks like "Flowers of Romance." If their stage presence is a little stiff, it's likely only to give Lydon a wide berth. He is rarely still, waving his arms and dancing around in the jittery style long-time fans will recognize from other live appearances throughout the years. He's also in fine vocal form. His signature warble sounds great on renditions of "Annalisa" and "Memories." It's also funny to see the devilish glee in his eyes when "Anarchy" starts; he surely knows the chaos that is to follow. The band shreds the tune, and smartly, the cameramen capture the enthusiastic mosh pit that erupts in the crowd. Clearly, this was a great concert to have attended.

For as good as the main set is, the real highlights come in PiL's multiple encores. "Love Song" is delivered as an incendiary pop thrash, and the bass-heavy riffage of "Low Life" raises the energy even further, leading into "Under the House" and its killer percussion. The guitarist and bass player both drop their instruments and pick up drum sticks, so there a three drumkits going at once! By the time Public Image Limited shuts the place down with the second run-through of "Public Image," they are even more invigorated than they were at the start. It's such a high note to end on, you won't even mind the repeat. 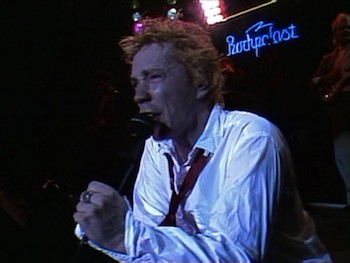 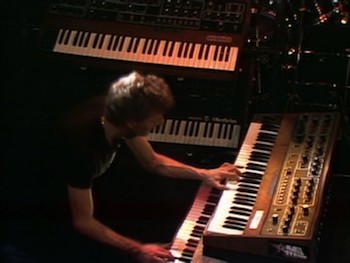 Video:
Shown in full frame at 4:3, Public Image Limited - Live at Rockpalast 1983 was originally shot for European television. The source material is in pretty decent shape. Resolution is a little soft and there is some pixilation evident, but overall, the image quality is clean. I'd wager the flaws are just a downside of the television production values from the era, as it looks like this was likely recorded on video. Detail is clear enough that you can see Lydon snot in the first song, so you know, there's that.

Sound:
The audio has been mastered in PCM Stereo. The mix tends to bunch together, and there is a cavernous echo to much of it--though all of this serves to recreate what rock shows often really do sound like in a nightclub. While I would love to hear a full 5.1 remaster of the music, I am doubting such a thing is possible. Again, for the time period, this is preserved very well, with no drop-outs or glitches.

Extras:
Public Image Limited - Live at Rockpalast 1983 comes in a cardboard "book" with a plastic tray and a sleeve for a paper booklet featuring photographs and liner notes.

On-disc extras include a six-and-a-half minute interview between John Lydon and Alan Bangs, host of Rockpalast, and two soundcheck performances of "Annalisa" and "Chant." Lydon is amusingly cranky in the interview, and the songs are interesting glimpses of the live process. The sound levels are still being worked out (there are no vocals in the beginning of "Annalisa," and the keyboard is way too loud in "Chant") and the club is empty, so these performances weren't really intended for public consumption.

FINAL THOUGHTS:
Public Image Limited - Live at Rockpalast 1983 resurrects a vintage concert from John Lydon's second band, catching them dead center of their early career, just as they were on the cusp of their biggest hit. The band is a solid unit, and Lydon is clearly engaged in what is going on, making for a raucous set complete with classic cuts and even a new take on Sex Pistols oldie. The DVD isn't super advanced in terms of presentation, but it's still worth it for fans of PiL who want to see Lydon and crew as they were back in the day. Highly Recommended. 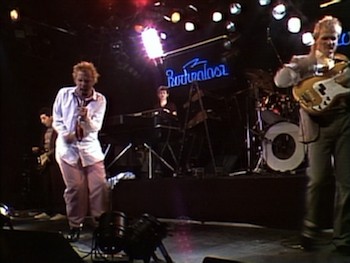 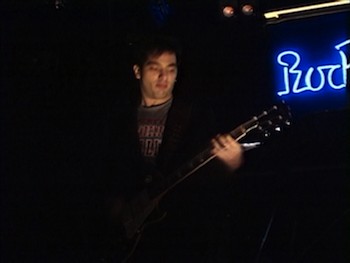