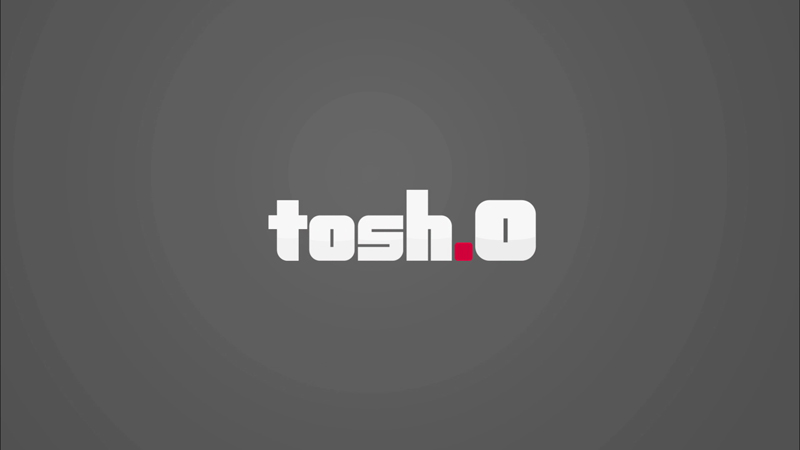 
The Show
Once upon a time, there were TV shows hosted by comedians that featured internet content as far as the eye could see, with Web Junk 20, Web Soup and Tosh.0. Today, only one remains standing, as Daniel Tosh's extremely popular exploration of web culture continues to bring the internet into our homes on a different screen than the one it normally comes in on. Of course, the difference is that Tosh adds his own take on the material, which usually raises it to a more entertaining level. Think of it as if you were surfing the net alongside him, and he's making funny jokes along the way. It's a formula that's super easy, but as we've seen from the previous contenders, it's hard to succeed with.

Each episode opens with a particularly odd clip to set the stage, before Tosh stands before a green screen, with an over-the-shoulder insert of the content in question. Though there's a format, with regular segments, the bulk of the show is dedicated to whatever interesting clips are circulating online, which Tosh either riffs on, most effectively in the "20 seconds on the clock" rapid-fire segment, or does his own version of, including the disturbing cinnamon/saltine/salvia challenge, where he eats a spoonful of cinnamon, then a sleeve of saltines, after taking a hit of salvia. Part of the show's "charm" is Tosh's willingness to do anything, even if it's not the most flattering to him. Though he's a massive smart-ass, he's self-deprecating enough to be likable. 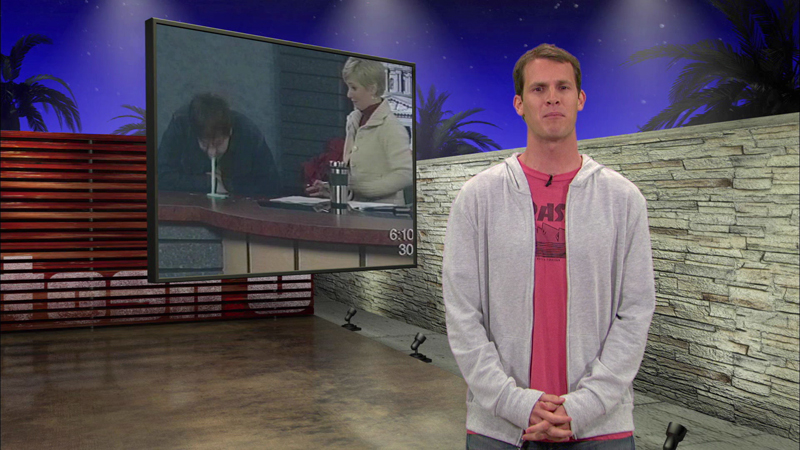 The big draws of each episode are the two big segments, the Video Breakdown and the Web Redemption. The Video Breakdown focuses on a clip with a bit more going on than the usual ones, which gives Tosh more time to crack jokes. These include some memorable videos, including a man's failed attempt to break 100 coconuts, an abusive wedding dance, a vomiting woman suffering at gravity's hands and a badly-executed evangelical gymnastics routine. The focusing on the details is what makes it so enjoyable, making it an expanded version of the "20 seconds on the clock" bit.

The Web Redemption is the series' most involved feature, as they track down a well-know internet failure, and offer them a chance to redeem themselves on television. Among those invited to the party are the Afro Ninja (whose backflip ended with him landing on his head), Miss Teen South Carolina (a pretty girl who's pretty dumb) and Chris Crocker (the "Leave Britney Alone!" guy.) The rest of the gang's fame never really escaped the Interwebs, but that doesn't make their redemption any less enjoyable, especially Rae Dogg, the shower singer, and the dizzy dunk guy, whose segment might be the most involved of all, calling on a former NBA star to cap off the effort. Though they are confronting their own massive public embarrassment, there's something almost sweet about the way Tosh helps them regain a touch of self-respect.

As enjoyable as these episodes are, including plenty of Twitter use and the fun "Is it Racist?", "Is it Gay" and "Guess What Happens Next" segments, there are two segments that are consistently disappointing. "Viewer Video" is just bad far too often, serving as the reason why we leave some things to the professionals, earning a laugh maybe twice in 10 episodes, and continues to darken the end of Tosh.0 episodes to this very day."Celebrity Videos," on the other hand, is no longer with us, as someone must have figured out that the awkward interviews between Tosh and the celebrities, including Fred Willard, Jack McBrayer and Harlan Williams, were too awkward for a less-than-impressive short video to overcome. Only a silly beer pong competition between Dave Attell and porn star Bree Olsen is worth a second look.

Note: The audio on this release is mostly uncensored, but any nudity, including Bree Olsen, Demi Moore and the meatspin fellas, remains blurred or otherwise censored. 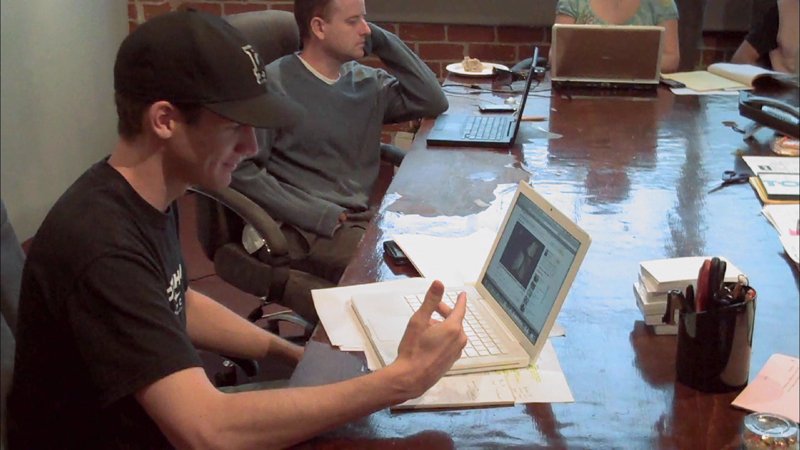 The Disc
When it was announced, the title of this disc was certainly confusing. However, now it's clear that this is just the first volume of the show's first season, holding the show's first 10 episodes, and named for the hooded shirts Tosh wears as host. The volume arrives on a Blu-Ray packed in a standard Blu keepcase. The disc includes options to watch all the episodes, select shows, adjust the languages and check out the extras. Audio options include English 5.1 Dolby TrueHD and English 2.0 Dolby Digital tracks, while subtitles are available in English SDH.

The Quality
Considering how much of the show is made up of low-quality online videos, a 1080i transfer is a bit over-the-top, and makes the web clips look worse than they already do, enhancing the issues with quality. However, the HD transfer does help make Tosh's hosting segments and road bits look good, with nice detail and solid color, though the clarity of the image makes the frequent special effects inserted into the clips look particularly unconvincing (which isn't always a big deal.) Though it's not perfect, with small imperfections found in spots, it's pretty nice, and certainly better than it ever looked on TV.

TrueHD 5.1 soundtracks were one of the last things I expected to find on this release, since the show's construction is pretty simple, and much of the material is culled from less-than-optimal sources. However the series does provide a deeper soundfield for the in-studio segments, putting the audience in the side and rear speakers, while Tosh yells his jokes in the front of the room. Occasionally there's some music, like the bumper tune and Rae Dogg's video, and they come across strong, with solid bass, but for the most part, when we're not watching a fuzzy, echo-y camera-phone video, the show's dialogue-driven.

The Extras
After getting just 10 21-minute episodes on a massive Blu-Ray disc, the lack of extras is especially disappointing. All you get here is a collection of 11 clips, most of which are under a minute in length. Some of these seem to be barely different than what aired, while others are just pointless, like Tosh saying a line about boots and a boot store over and over again. Only the Chris Crocker segment (where he seems to actually be pretty funny) and a parody NBA ad are enjoyable, though some may want to check out the Bree Olsen footage, which is blurred instead of censor-barred. 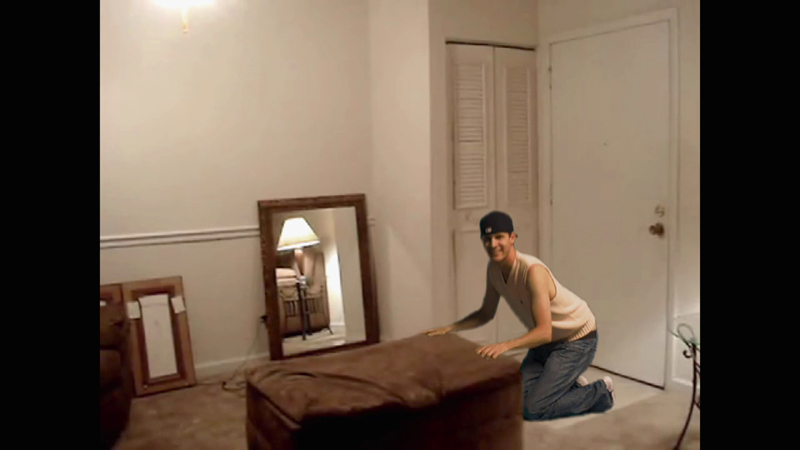 The Bottom Line
Tosh.0 manages to make the internet videos you've seen hundreds of times before a new source for entertainment thanks to the way he frames them and comments on them. And if you haven't seen these episodes in a while (or ever before) it's an enjoyable way to spend a few hours. However, this Blu-Ray, with just 10 episodes, material that's unaided by HD quality and barely any extras, feels like a waste of money when a cheaper DVD version is out there.