Fan Favorites: The Best of Cheers


When it comes to long-running live-action sitcoms "My Three Sons" stands at the top of the heap, running 12-full years; close on its heels though are "MASH" and a few other sitcoms, including "Cheers" which not only ran 11 consistently funny years, but it went one step further to spawn a spin-off that ran itself, 11 years as well. On paper the concept was simple, a recovered alcoholic (Ted Danson) owns a bar and interacts with the colorful staff and clientele on a daily basis. "Fan Favorites- The Best of 'Cheers'" gathers eight (nine, if you count the two-parter as separate entries) episodes from a field of 275 worthy candidates. To say such a slim collection has a tough task ahead of it, is an understatement. 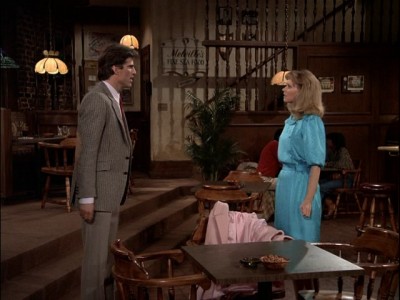 Logically beginning with the rapid-fire witty pilot "Give Me a Ring Sometime," "Cheers" establishes a colorful cast of characters, including sour waitress Carla (Rhea Perlman), the loveable Coach (Nicholas Colasanto), postman Cliff Clavin (John Ratzenberger), and the icon of "Cheers" himself, Norm (George Wendt). Along with these series regulars comes Sam Malone's (Danson) star-crossed love interest, the uptight and smug Diane Chambers (Shelley Long). Sam and Diane's legendary romance heats up in "Diane's Perfect Date" which gives viewers an accurate portrait Sam's womanizing ways and the series' penchant for plots revolving misunderstandings. "Pick a Con...Any Con" is a forgotten gem of the series, bringing in "Harry the Hat" to aid the gang in getting Coach's money back from a sleazy conman; the writing is aces with more twists than I can recall showing up in a sitcom and one of Colasanto's finest performances, reminding viewers why Coach was a beloved character.

Sadly, with Colasanto's real-life death, his character was written off the show, but "Abnormal Psychology" marks this set's first appearance of Woody Boyd (Woody Harrleson) and Frasier Crane (Kelsey Grammar). While the episode itself is bursting with laughs as the consummate professional Frasier is knocked off-guard by a made-over Lillith Sternen (Bebe Neuwirth), it does highlight the set's biggest problem with a limited play list: missing back-story. Introduced in season three, Frasier was Diane's fiancée and her relationship with him added tension to the show, due solely in part to Diane's relationship with Sam. Here, viewers get none of that back-story and by the episode "Dinner At Eight-Ish" Sam's abrupt shift in attitude towards Diane would confuse casual viewers who might choose to use this release as a starting point. The actual episode itself is quite solid and like so many entries in the series at large shows intelligent wit by juxtaposing Frasier and Lilith's stuffy exteriors with scatterbrained blowups over trivial past details. 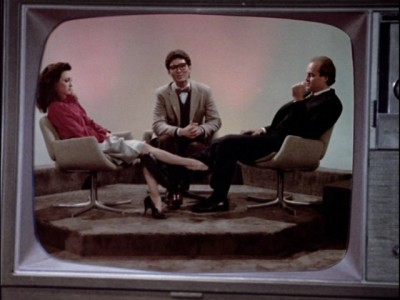 The chemistry of the cast gets a chance to shine through in "Thanksgiving Orphans," which if you asked most fans to name a top five episode of the series, would surely have this on their list. It allows the viewers to see that underneath the jokes, the ensemble of characters cared for one another as they all rally upon the normally standoffish Carla's home for a Thanksgiving dinner; filled with great jokes, the underlying message that they all loved Carla and deep down she loved them is crystal clear. "Simon Says" suffers from lack of continuity as Diane and Sam are now engaged, but that doesn't take away from John Cleese's award winning performance as a marriage counselor and friend of Frasier. Cleese effortlessly fits in with the cast, playing a snobbish, overpaid, intellectual ass, who gets more than he bargains for with the neurotic Diane and a highly amused Sam along for the ensuing train wreck.

The series closes with the only episode to feature Diane's replacement, Rebecca (Kirstie Alley) who left midway through the series' run. Although many never enjoyed Rebecca's character, frankly the change of personality was the real reason "Cheers" was able to last another six years on the air. The two-part episode "An Old Fashioned Wedding" gets the gang together for Woody's marriage to socialite Kelly. The episode itself balances witty dialogue with great physical comedy and the two-parter feels like one seamless extended episode. It's a shame the collection wasn't able to include a few more latter years episodes as the evolving comedy of the show never failed to deliver laughs. Frankly, the fact this episode made the cut and not the triple-length finale is a crime unto itself, as the series closer is one of the best, if not the best offering from the series. At the end of the day, this "best-of" delivers the advertised comedy, but has a fuzzy target audience. 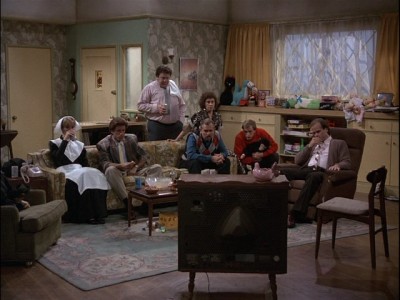 
The 1.33:1 original aspect ratio transfer definitely shows why shooting "Cheers" on film rather than video was a benefit, this translates to an image that is absent of all the hallmarks of bad based 80s sitcom transfers. The image itself sports average clarity, while contrast is a bit heavy (given the bar setting is already dark, it's very noticeable), but colors are natural and subdued.


The Dolby Digital English 2.0 audio track is a little quiet overall and the episode "Pick a Con...Any Con" suffers from grating high-end distortion. The remaining episodes past muster, but lack any dynamic range outside of dialogue; the one exception is the rich sound of the iconic theme song.

Had the episode count been doubled and a few critical omissions been included, this "Best of Cheers" release would be a solid purchase for those not wanting to commit to an eleven season purchase. As it stands, while "Thanksgiving Orphans" and "Pick a Con...Any Con," are entries you can watch over and over, the others while highlighting certain main characters (Norm and Cliff are sadly left to pure supporting roles on this release), a lot of the buildup that makes these episodes truly funny is absent, making anyone not familiar with the show left out on the smaller "in-jokes." Rent It.