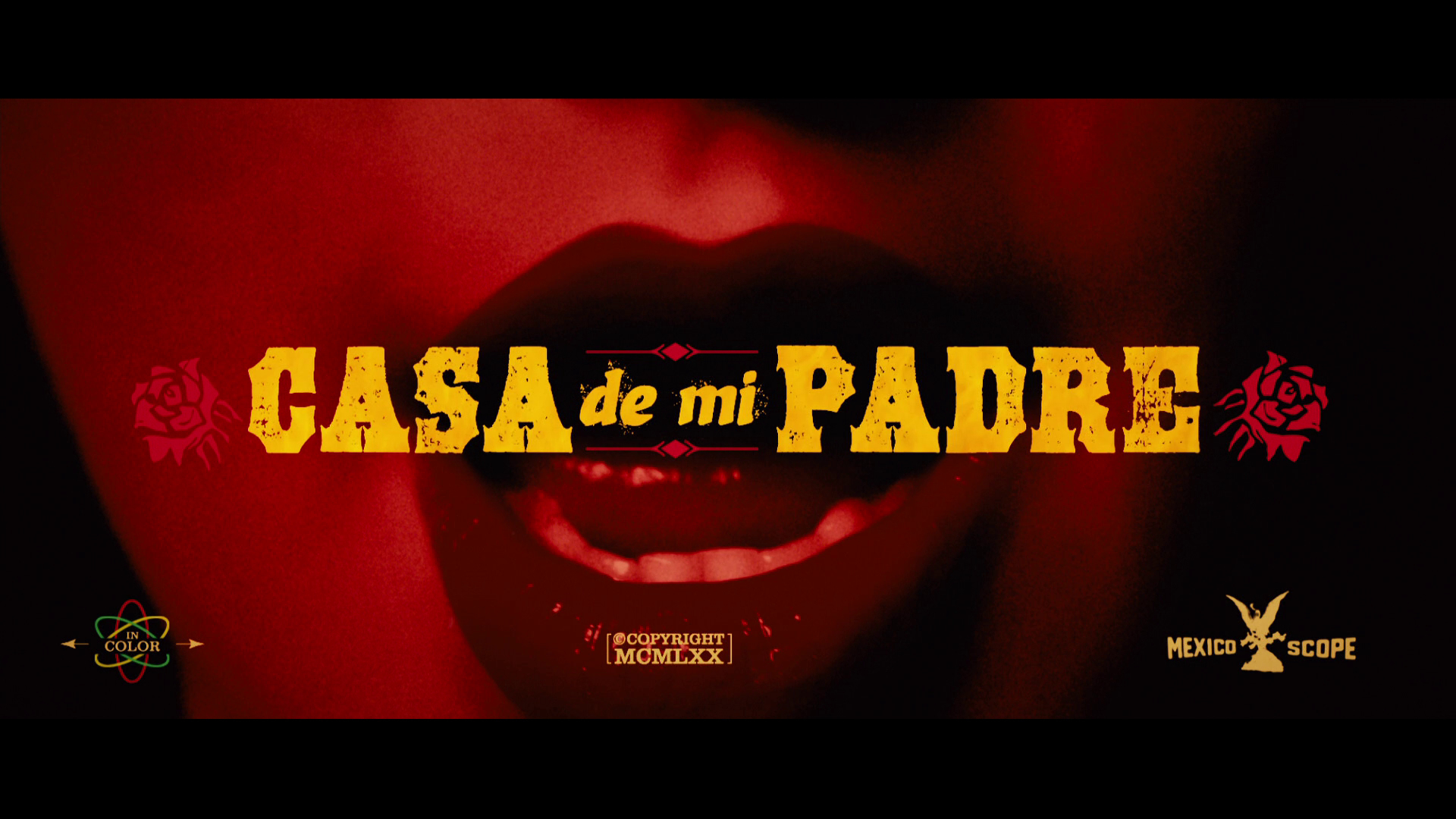 Casa de Mi Padre is like a gumball from one of those coin-operated machines: It starts out strong but the flavor quickly fizzles and you want to spit it out, or, in this case, turn it off. This extended joke from Will Ferrell about a boneheaded ranch hand is shot completely in Spanish like a telenovela, and, while Casa de Mi Padre has its moments, the purposefully overdramatic narrative and language butchering are more suited to a comedy sketch or short film. Ferrell has earned the right to play around, but this experiment is not one of his better efforts. 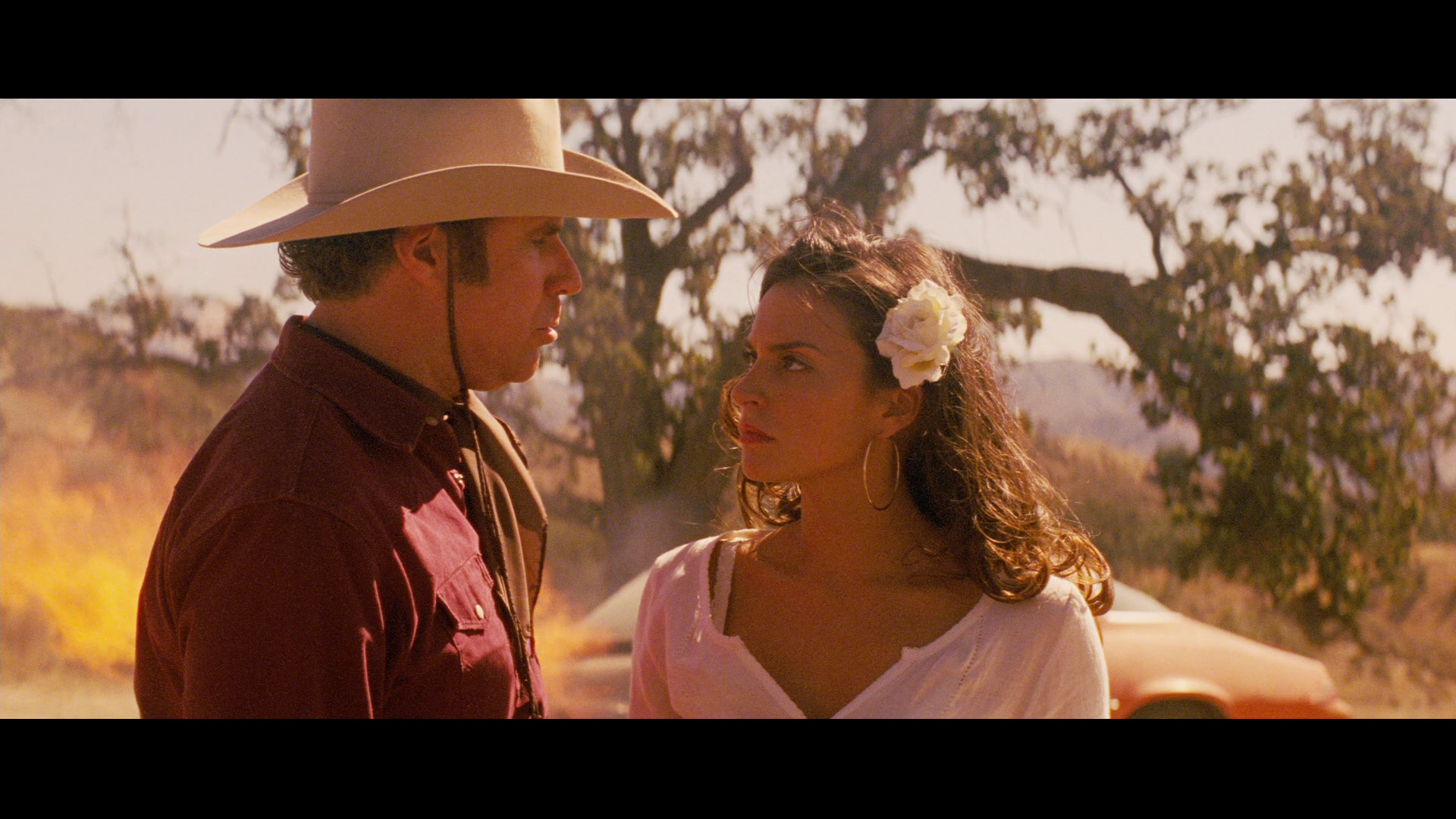 Armando Álvarez (Ferrell) works for his father, Señor Álvarez (famed Mexican actor Pedro Armendáriz Jr. in his final role), who prefers his other son, Raúl (Diego Luna), who is everything Armando is not: flashy, suave and rich. Drug kingpin Onza (Gael García Bernal) tries to strong-arm Señor into parting with land and cash, so Raúl comes home to regulate and brings with him a beautiful fiancée, Sonia (Génesis Rodríguez). Since Casa de Mi Padre parodies traditional telenovelas, the familial dysfunction is played to the extreme, with plenty of dramatic revelations and breakdowns. Señor treats Armando like an insolent child, and the audience is fed the same joke about Armando's lack of intelligence throughout the film. Of course, Armando is not so dumb, and starts balling Sonia and planning to defeat Onza to earn respect. 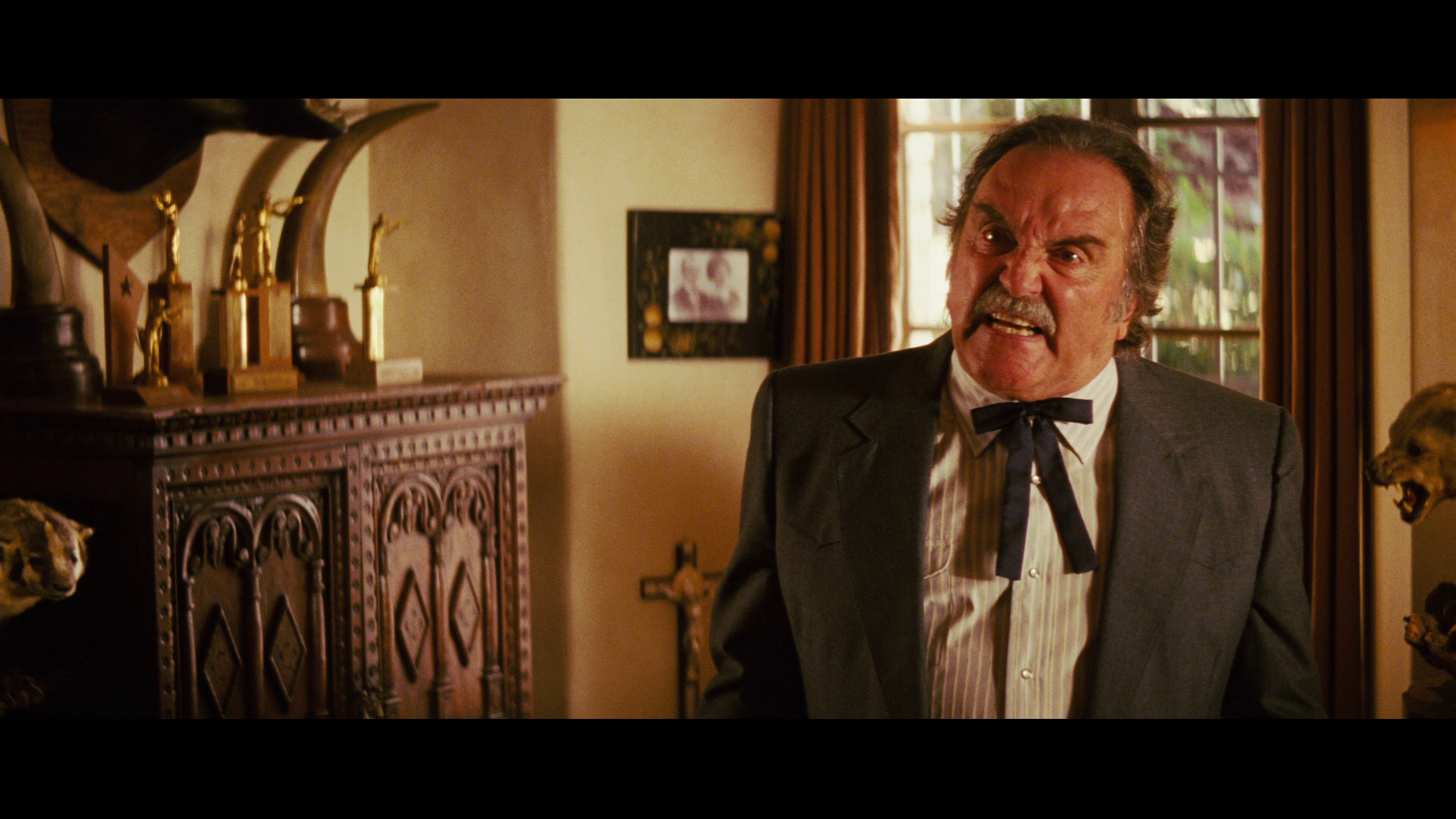 Casa de Mi Padre is somewhat funny at times, especially in scenes before the one-note premise grows old, but too much of the movie is devoid of laughs. The cast seems to have had a blast letting loose, but the audience is too often left out of the joke. The exaggerated violence and soapy drama sputters out in the second half as Armando seeks to avenge his family, and Casa de Mi Padre has trouble deciding whether it is parodying a telenovela or simply shooting one. Scenes of gross parody work best - a ridiculous sex scene and a bloody shootout - and allow Ferrell to flex his comedic muscles. 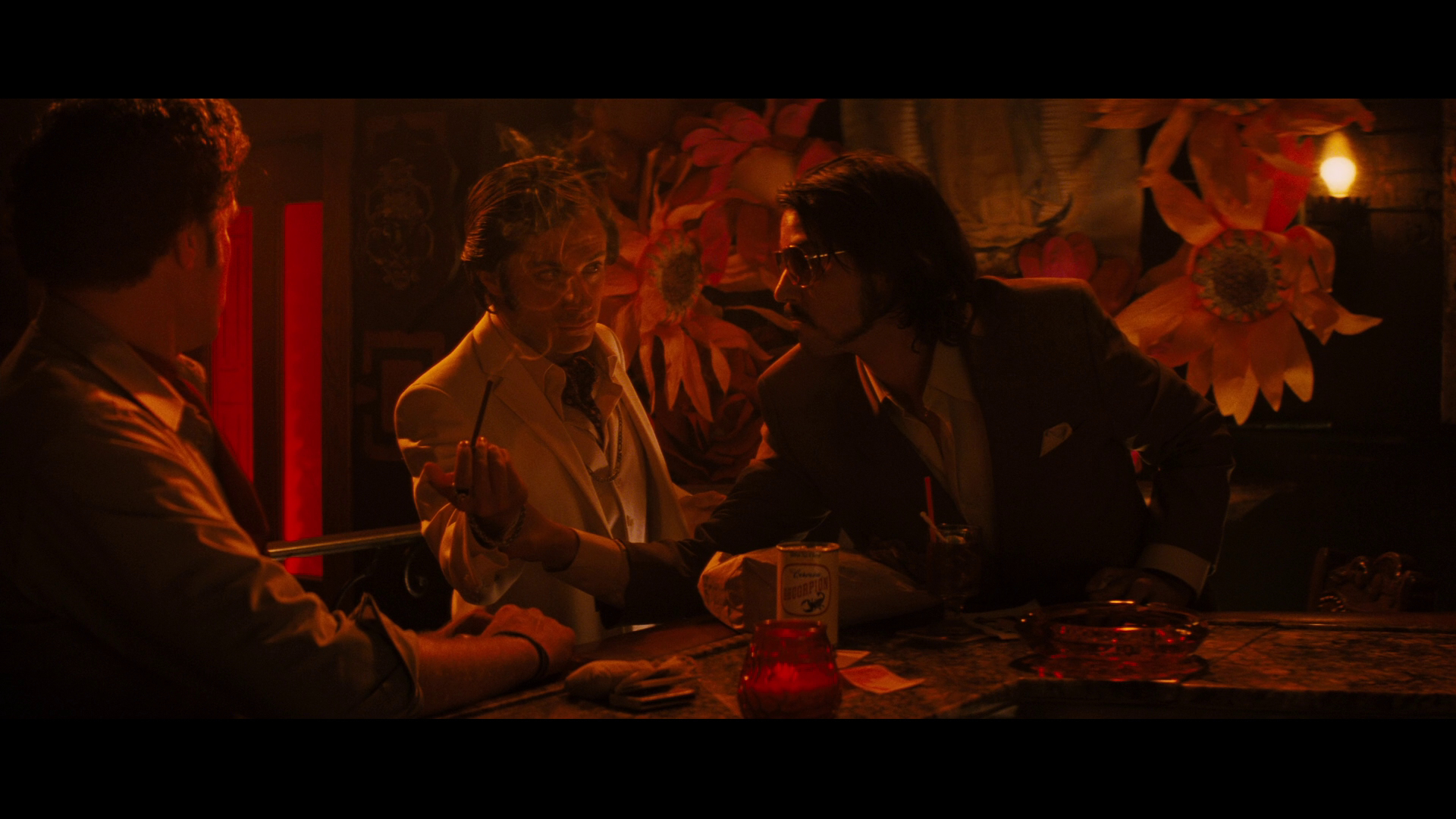 The Spanish spoken is supposed to be terrible, at least as far as Ferrell is concerned, but the actor is actually pretty good with his foreign tongue. Ferrell's syntax is only lacking when compared to that of Bernal, Luna and Armendáriz, and the inclusion of these three great actors is something the film gets right. All three breathe life into the material, particularly Bernal, who gets to be his own flamboyant Tony Montana. Casa de Mi Padre is obviously a labor of love for Ferrell and Director Matt Piedmont, who wrote for Ferrell on Saturday Night Live, and I wish the final product was better. At 85 minutes, Casa de Mi Padre is short enough that its uneven humor is not a fatal flaw, but fans of Ferrell might want to pick up some tequila before watching. 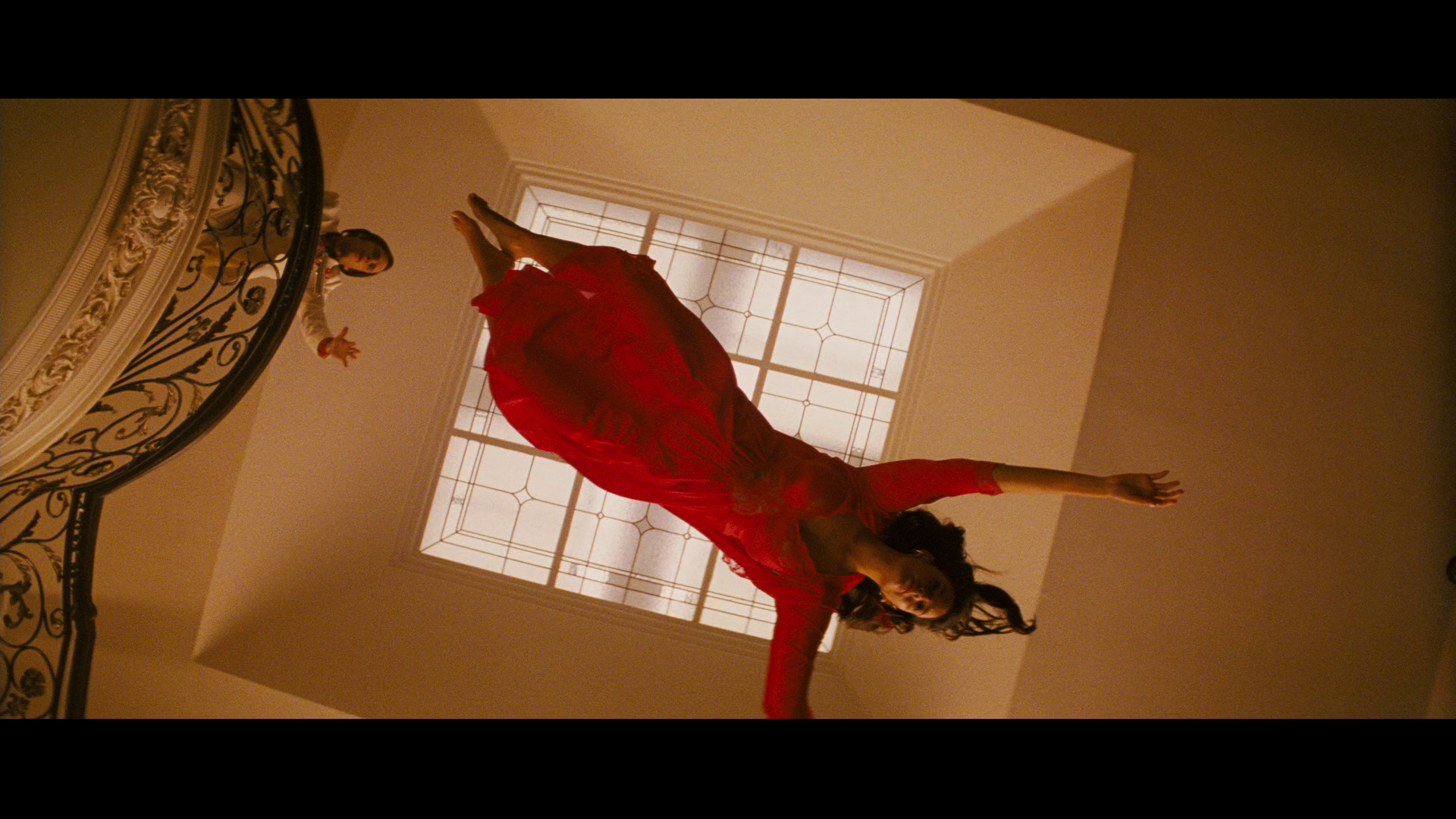 The 2.35:1/1080p/AVC-encoded transfer is quite bright - almost golden - to mimic the visuals of a classic telenovela, and as such is also a bit soft. Colors are vibrant and black levels solid, and detail is generally good despite the intentional softness. No digital anomalies pop up, but the cheap sets look extra crappy in high definition, which is not necessary a bad thing.

The Spanish 5.1 DTS-HD Master Audio soundtrack mostly mimics a typical comedy soundtrack - crystal clear, front-loaded dialogue and minimal ambiance - but there are a couple of scenes where the mix is surprisingly active. During a gun battle and an explosion the surrounds fire up and the subwoofer provides excellent support. Score, effects and dialogue are all kept in balance. English, English SDH and Spanish subtitles accompany the lone soundtrack option.

Lionsgate releases Casa de Mi Padre in a Blu-ray eco-case. A slipcover replicates the attractive, thematically relevant cover artwork. The disc includes quite a few extras, including The Making of Casa de Mi Padre (15:43/HD), which provides some interesting behind-the-scenes footage. The Deleted Scenes (19:43/HD) are not especially entertaining, but the "Fight for Love" Music Video by Will Ferrell and Génesis Rodríguez (3:20/HD) is actually pretty good. The Comerciales (3:00/HD) are faux advertisements for cigarettes and alcohol like those found in the film. The Pedro Armendáriz Final Interview (3:37/HD) is a sad but worthwhile extra, as the actor died in December 2011. Also included is an Audio Commentary by Director Matt Piedmont, actor Andrew Steele and Star of the Film Will Ferrell, which is often funnier than the material on screen. 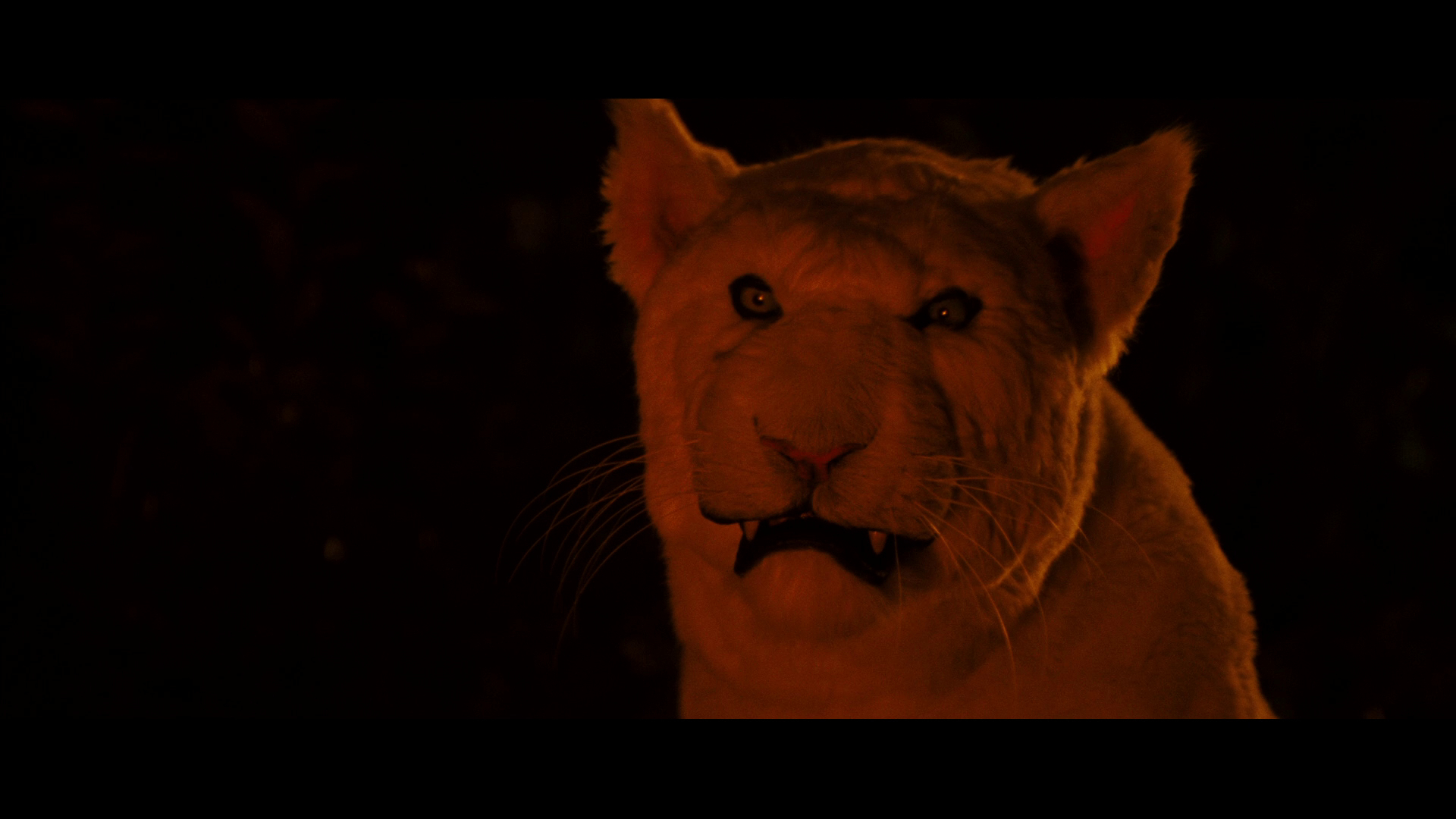 This Spanish-language experiment from Will Ferrell and company should have been funnier. Ferrell's dopey ranch hand takes on a powerful drug kingpin and woos a beautiful girl while fighting with his family telenovela style. Casa de Mi Padre never fully commits to parodying its Spanish soap-opera inspiration, and the audience is left out in the cold as the cast enjoys round after round of inside jokes. Rent It.