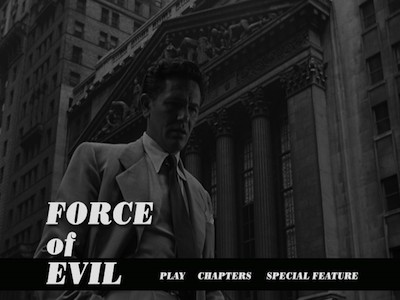 Force of Evil is a 1948 John Garfield vehicle that is one-part film noir, one-part "crime does not pay" cautionary tale. Co-written and directed by Abraham Polonsky (Tell Them Willie Boy is Here), it's an early example of a gangster movie staple: the bad guys trying to go straight turning their illegitimate business into a legitimate one.

The Postman Always Rings Twice star plays Joe Morse, a mob lawyer whose main client is trying to rig the numbers game. Joe has sold Ben Tucker (Roy Roberts) on a plan to juke the citywide gambling racket so that when all of his competitors go bust, it will give them leverage to push for legalizing this particular kind of betting. The only problem is, Joe's older brother Leo (Thomas Gomez) is a "banker" who runs his own numbers, and Joe wants to bring him under Tucker's umbrella before the fix is in. Theirs is a complicated relationship, one that is tied into an inconsistent ethical code. In Leo's mind, he does a service: a man comes in with his money, takes his chances, and knows the consequences. Big-time gangsters like Tucker are a whole other breed.

After the big day, Leo has no choice but to follow his little brother, but the transition is anything but smooth. Other gangsters want in on the territory, and the district attorney would rather convict than change the law to suit Morse and his pals. Leo finds himself between a rock and a hard place, and Joe's attraction to Leo's secretary has confused the cocksure attorney. She is played by first-timer Beatrice Pearson, who is perfect as the gamine who may be innocent, but she's not stupid. Pearson, who only made one other movie and two television appearances after Force of Evil, is a perfect noir good girl. She's a tough cookie whose heart has not yet crumbled, and also very pretty. Pearson reminds me of a young Gene Tierney, and no one ever went wrong reminding me of Gene Tierney.

There is also a brief appearance by femme fatale Marie Windsor (The Killing). She plays Tucker's wife, who has some kind of design on Joe, though that's never really explored to its fullest. Windsor only has two scenes, but the main one is memorable for the aggressive--and threatening--sexuality on display. She and Garfield have great chemistry. Then again, Garfield has great chemistry with everybody. The movie could have just as easily been called Force of John Garfield, his performance is such a commanding example of confidence. There isn't a frame of Force of Evil where the actor doesn't appear 100% in charge. It's his eyes that are the most convincing. It doesn't matter if he's threatening a man or pitching woo, you're going to believe that John Garfield means it exactly the way he's laying it down.

In a way, I imagine Force of Evil having an aesthetic crossover with another important sort-of noir of 1948, Jules Dassin's The Naked City. Both dip their toe in the murky water of the movement, but both also stand apart. For one, despite their being a kind of cynical view of how the system operates, each film believes in a fundamental good that exists at the center of all things. For two, there are elements of docudrama in both. Dassin takes it much further than Polonsky, but there are moments of Force of Evil where the setting, and by default the events, appear very real. Polonsky and cinematographer George Barnes (Spellbound, Something to Live For) shot the street scenes in New York, including one memorable sequence down by the river, where the pair bring Dante to the Big Apple. While there are some noir stylings--threatening presences regularly appear in frame only as shadows, for instance--there is an unmistakable arc of redemption in the script that consistently pulls the story away from the muck rather than suffocating within it. 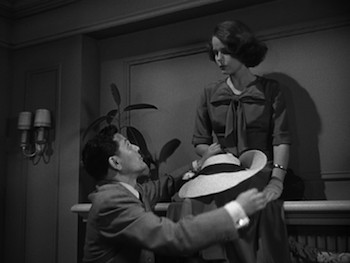 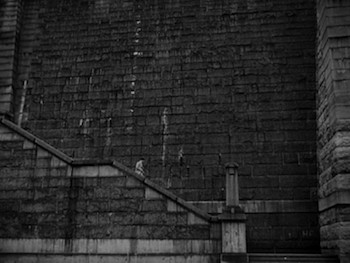 Video:
The new DVD of Force of Evil brings the film to home viewers as a full frame, black-and-white image. The print quality is excellent, with nice contrast between black and white, sharp resolution overall, and very little by way of damage. The previous DVD edition was released in 2004, and it's probably been that long since I last saw it, so my memory is fuzzy, but for all intents and purposes, I would guess this Olive Films release is an improvement.

Sound:
The mono soundtrack is well done, with nice tones and no audio glitches.

Extras:
Just one extra: a little over three minutes with Martin Scorsese introducing the film. His enthusiasm for the picture is why I saw it in the first place, and he clearly lays out why he likes it and how it influenced his own work.

FINAL THOUGHTS:
Highly Recommended. A tour-de-force for actor John Garfield, 1948's Force of Evil is a tightly woven crime drama about two brothers, a big racket, and the consequences that come when the chips fall. The matinee idol plays a smooth-talking mob lawyer looking to legitimize the numbers racket in New York, and only finding a deeper systemic cesspool than he even realized. Force of Evil is stylized but smart, both challenging gangster movie conventions and affirming them. Sometimes you see a classic and wonder why it's considered so influential; such is not the case with Force of Evil. 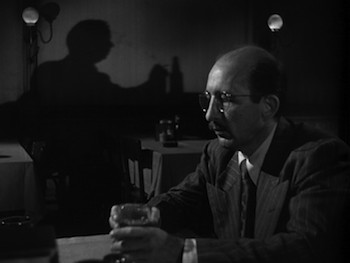 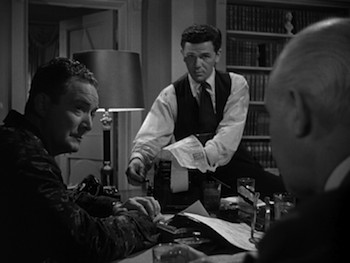