*This review is for the 2-D version of the movie.

Jet Li and director Tsui Hark are back together again for their collaboration entitled: Flying Swords of Dragon Gate. Try saying that three times fast. Jet Li plays the role of general Zhao, a vigilante who hunts down corrupt government officials. He does this in order to restore order to the royal throne, which is in the midst of upheaval, decadence, and corruption.

The governing powers are divided into the West Bureau and East Bureau eunuchs. Yeah, that sounds a bit off, but that's how it goes. The eunuchs wield lots of power as opposed to just being slaves or harem handlers. No, Jet Li does not play a eunuch, so let's get that out of the way right here, right now.

Zhao has ends up having to protect one of the emperor's handmaiden's, Su Huai Yong (Mavis Fan), after the emperor's concubine has sentenced this maiden to death for being pregnant and carrying the emperor's child. I should say that the West and East Bureau of eunuchs are more or less the agents of chaos. It's this army that the emperor summons to carry out the dirty work.

Along the way these people will meet up with each other and other assorted characters like a band of Tartars who are led by their own warrior princess who is no slouch with a circular blade and martial arts skills of her own. Actually, along the way really just means in the middle of the film since the movie does run a bit over two hours - it's a bit long and there is exposition.

I will say that the opening scenes of action and violence are spectacular. There's an awesome Jet Li/Gordon Liu fight that is nothing short of epic. Liu plays a eunuch warlord who has a penchant for drinking flesh wine, which adds to his already discolored complexion. It's a great fight that gets the blood boiling and moves us along into this world of violence and deception. Right after that we're introduced to a eunuch general, who plays by his own rules and will set off to find this handmaiden and kill Zhao. We also have a female assassin who is impersonating Zhao and is causing trouble for the emperor's men.

For the most part, Flying Swords of Dragon Gate is great action flick with the typical wire-work and stunts you've come to expect from Jet Li and director Tsui Hark. I found the action amazing, as I did the violence level. It moves at a quick pace, with exception to the middle portion of the film. Ironically, things slow to a crawl once everyone is stranded at the Dragon Inn (this is a sequel of sorts after all). From then on things take a detour, as certain characters want some treasure hidden in some sand city, with an approaching sand storm that only come around every 60 years. Yeah, plotting does suffer, as well.

It's all good, though, because when it comes to films like this they always seem to fall short in terms of plotting issues. I've grown to ignore that and just let the fights and visuals take me away. If you can get passed the spotty CGI (in certain scenes) I know you'll enjoy the film. It was a lot of fun and the Blu-ray delivered the goods.

Flying Swords of Dragon Gate is now available on Blu-ray and DVD. The Blu-ray version comes with the 2-D and 3-D films on separate discs (2-disc set). 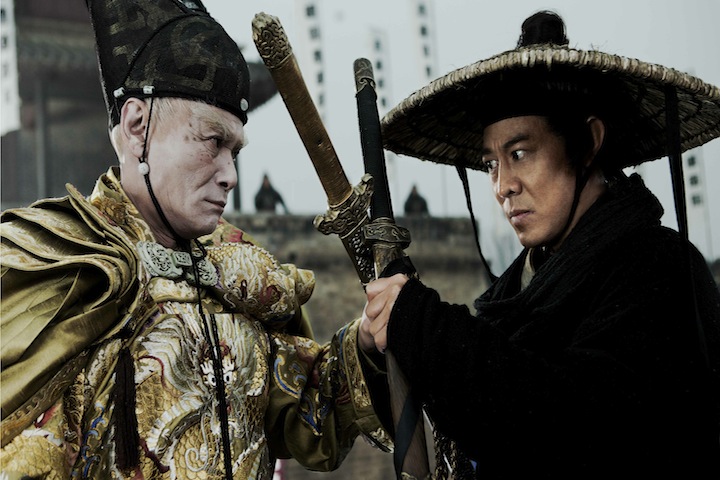 Flying Swords of Dragon Gate is presented in 1080p, 2.35:1 widescreen. The image during some of the more subtle scenes of CGI and non-action look really good, but it's during the actual scenes of heavy CGI that the video suffers a bit in. Softness and aliasing tend to saturate certain scenes of intense fighting, and the final fight scene within the tornado is a bit of mess do to it being the obvious showcase for 3-D. In 2-D, this becomes even more apparent. Those are the cons. The pros certainly outweigh the negatives in that the production was shot out in the real desert, so you get to see every little spec of sand, dirt, mud, debris, splinter, etc., in crisp detail. Flesh tones are exquisite, especially on the females and eunuchs. Black levels are stable and contrast has only been boosted a wee bit in certain scenes. Edge enhancement is also kept in check. If it weren't for the softness in certain scenes throughout the film, I'd give it a higher score, but its final score is nothing to sneeze at. 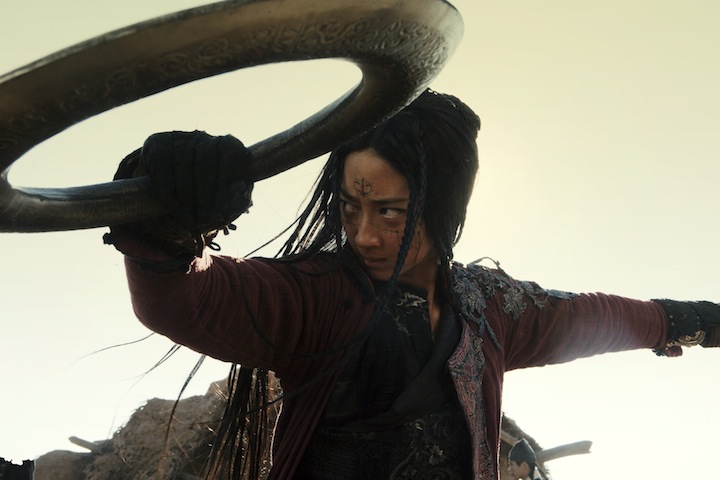 Flying Swords of Dragon Gate is presented in Mandarin DTS-HD MA 5.1, with English subtitles. I believe there's an English stereo dub, but since I don't bother with dubbed versions, I am not sure. This is what the Blu-ray format is all about in terms of lossless audio. Dialogue is crystal clear, without any hints of distortion or tin. It's extremely aggressive during scenes of battle. You will feel every kick, punch, and object thrown your way as if you were recipient of the hits themselves. Things pick up during scenes of environmental disasters. You too, will feel like you've been sucked into a tornado along with our cast of characters. The LFE channel gives it that extra kick to the violence at hand. There is absolutely zero doubt that Flying Swords of Dragon Gate sounds anything less than stellar. 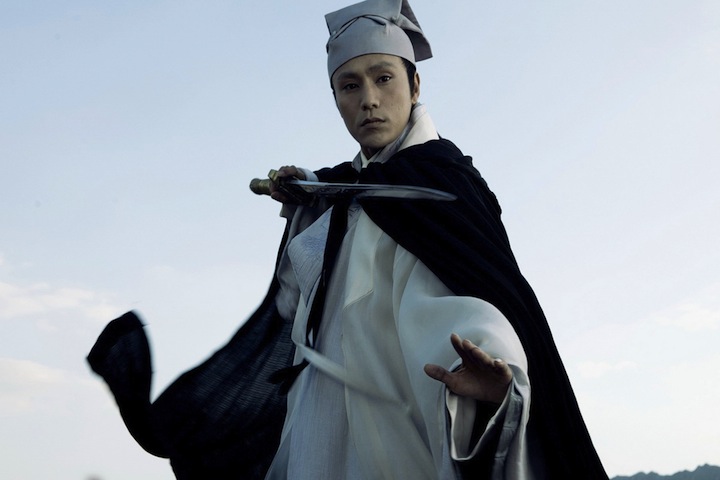 There are a couple of extras contained within the shiny silver of this Blu-ray. We are treated to some cast and crew interviews, making-of featurettes, and some behind the scenes footage, as well. Nothing mind shattering, but it is what it is. 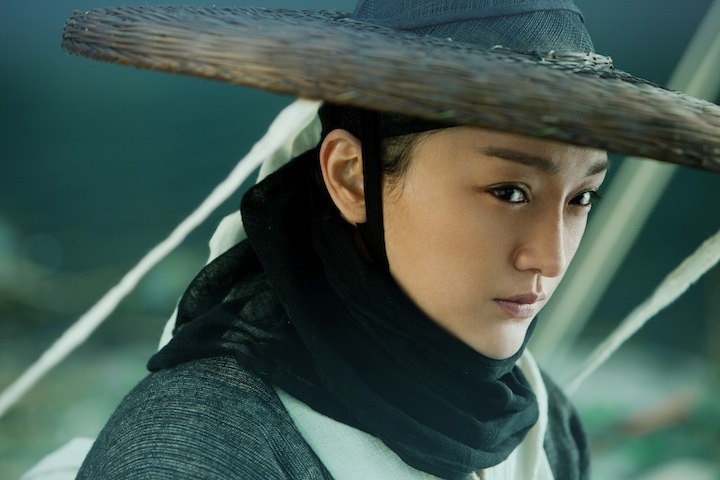 Flying Swords of Dragon Gate is a very exaggerated film in terms of visuals and action, which are its strong suits. It does suffer a bit during that dense middle act, but picks up the pace for an exciting, and prolonged, third act. The video is above average, and the audio is reference quality. The extras are mediocre, but it doesn't really matter. Flying Swords of Dragon Gate is highly recommended. Let me know how the 3-D version stacks up to the 2-D version. Rock it!