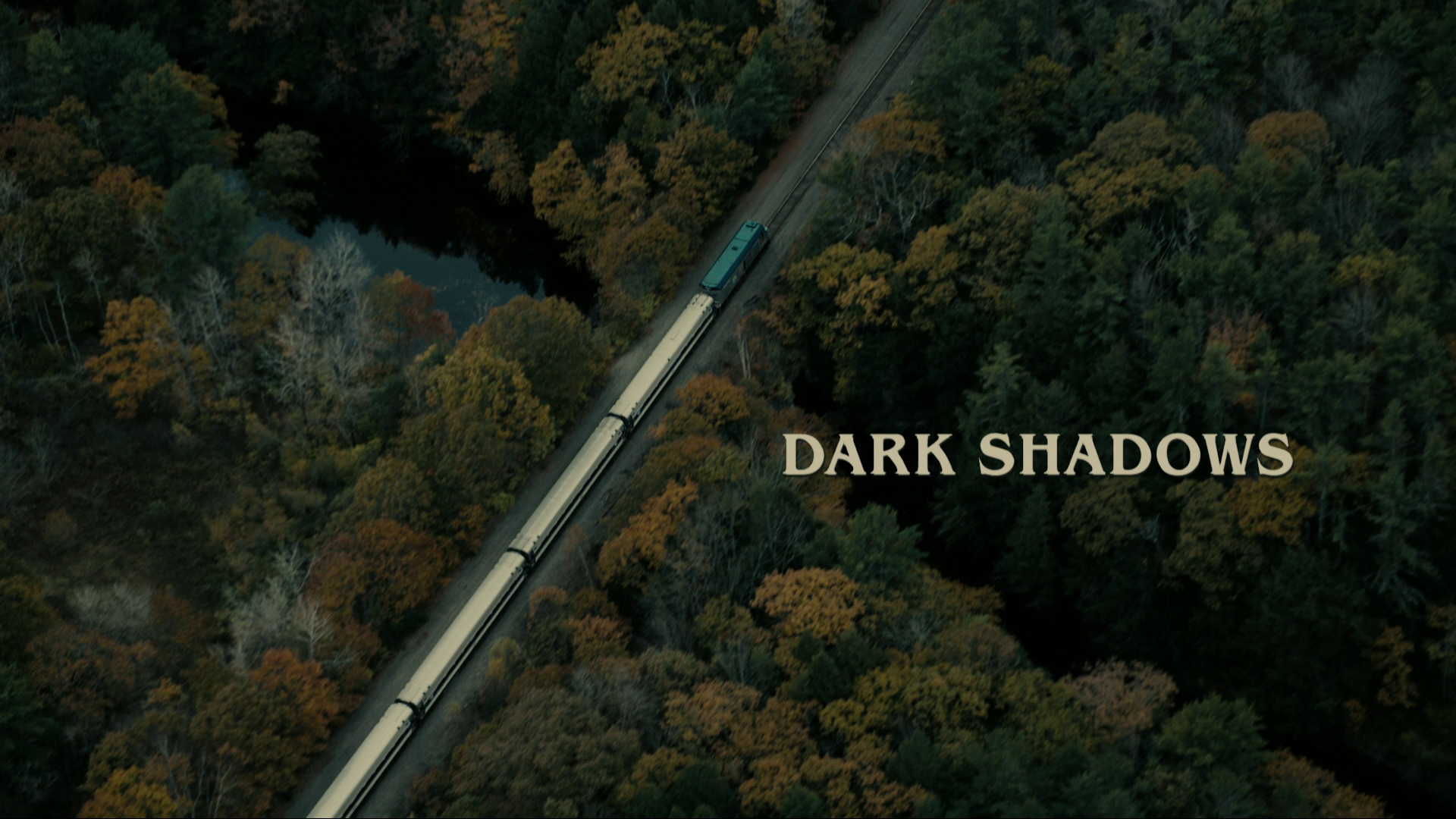 Johnny Depp and Tim Burton collaborate for the eighth time on Dark Shadows to mixed results. The quirky material, about a two-hundred-year-old vampire unearthed and ready to steer his floundering lineage back on track, is based on the popular soap opera that ran from 1966 to 1971, and at first glace seems like a perfect project for the quirky duo. Dark Shadows is nicely shot and acted, with amiable turns from Depp, Michelle Pfeiffer and Helena Bonham Carter, but is less visually arresting than most Burton films. Dark Shadows emulates its soap-opera roots but falters on the silver screen. There is always fun to be had watching Depp play an eccentric character, but Dark Shadows has little narrative drive and largely coasts by on good will toward its cast and director. 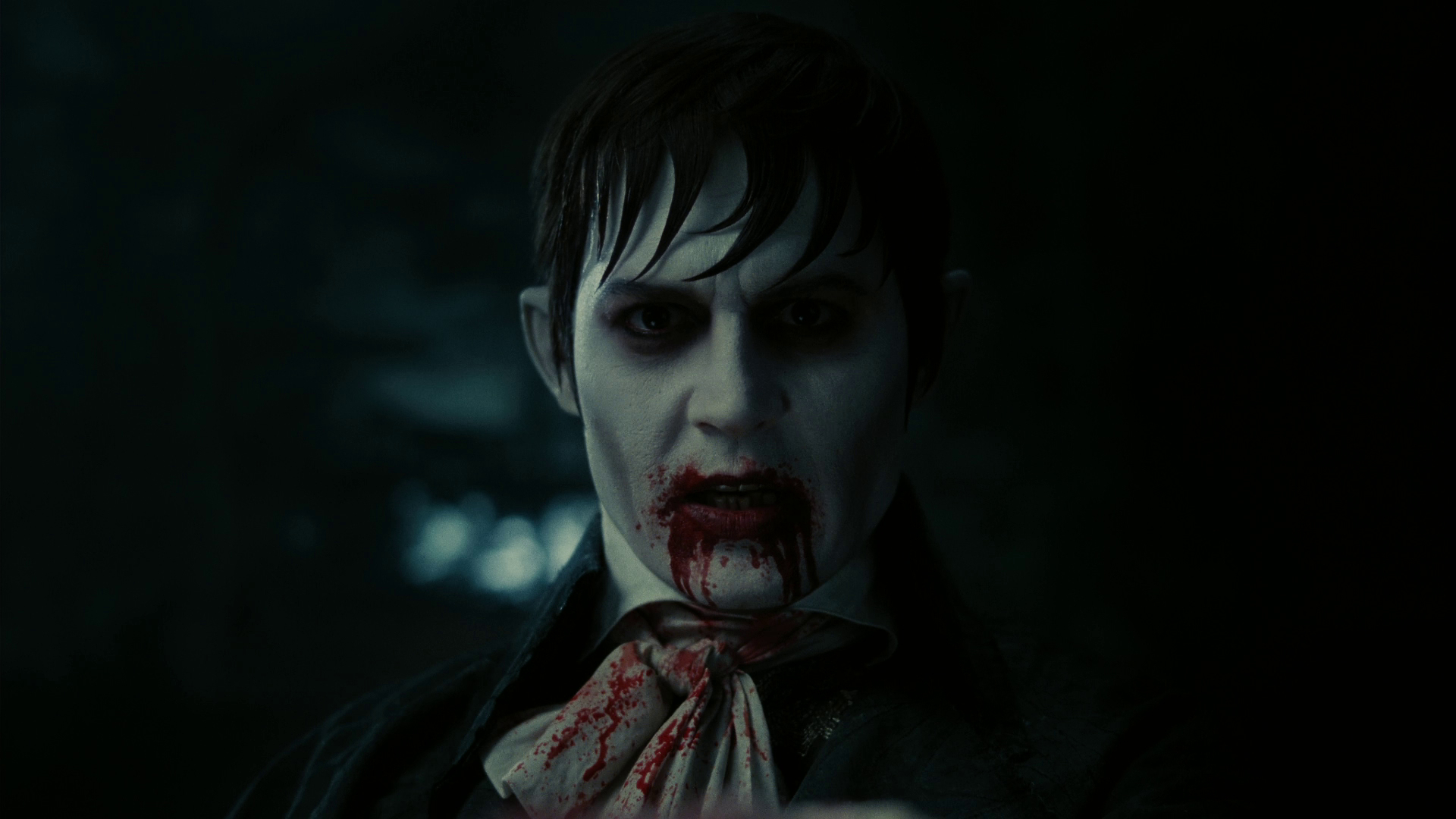 In 1790, jealous witch Angelique Bouchard (Eva Green) turns Barnabas Collins (Depp) into a vampire, buries him alive and curses his family. In 1972, the remaining Collins family lives in their decaying homestead, without the respect or funds they received from their once-successful fishing business. Construction workers unearth Barnabas, who returns home to matriarch Elizabeth Collins Stoddard (Pfeiffer), her fifteen-year-old daughter, Carolyn (Chloë Grace Moretz), and Dr. Julia Hoffman (Bonham Carter), among others. Barnabas vows that the Collins family will flourish once again, and sets about restoring the family's home and business to the chagrin of Angelique, who also runs a successful fishing business in the seaside town. 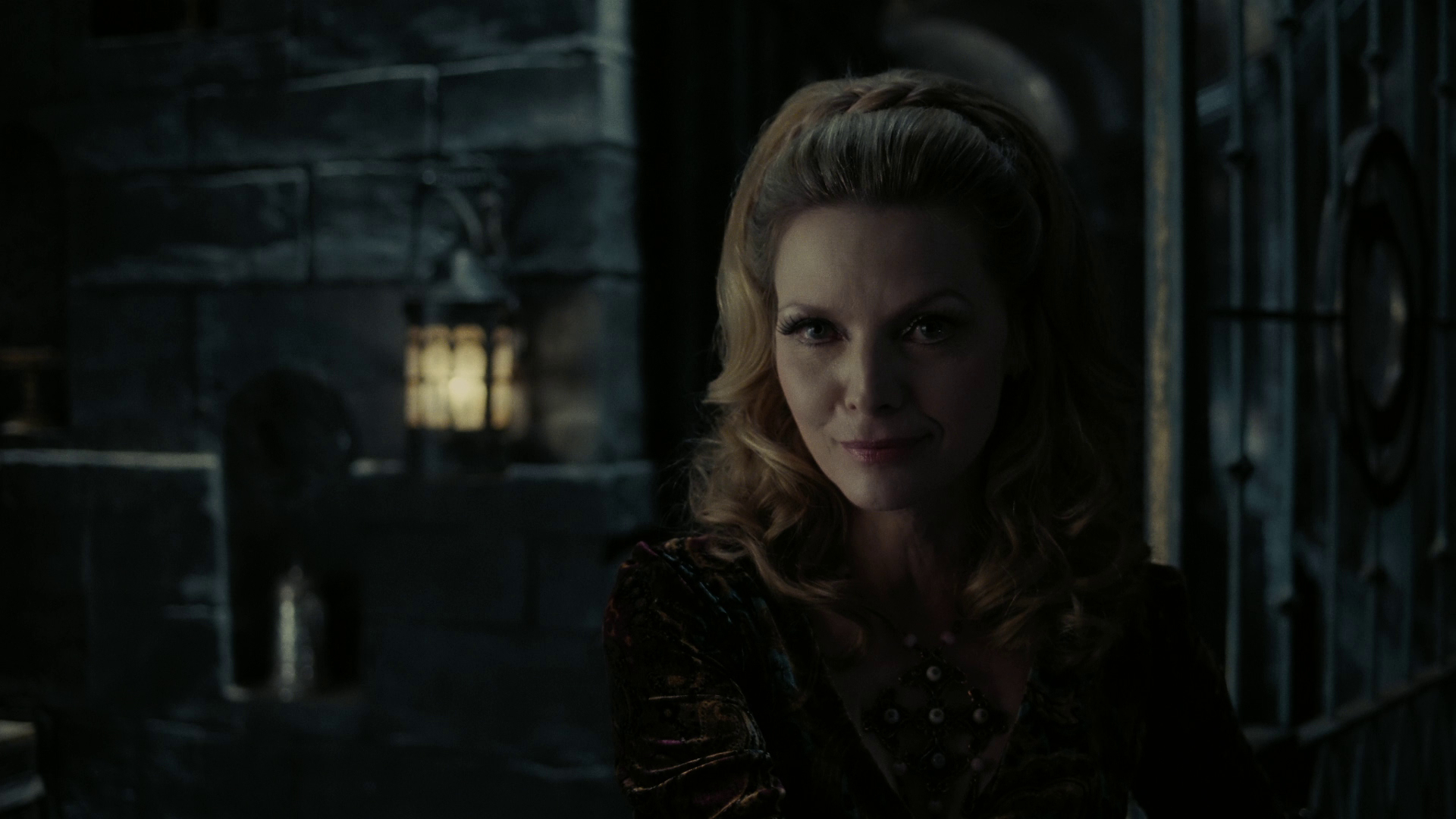 Dark Shadows feels surprisingly underdeveloped, and underuses both its central character and 1970s setting. Barnabas returns after nearly two centuries and, after a few spooks with a motor vehicle and a television, adjusts quickly to modern life. There is little kickback in town to his buttoned-down Gothic attire, and Barnabas proves irresistible to both Dr. Hoffman and Angelique. Dark Shadows gives no compelling reason for its setting, and save some hippie logic from Carolyn and a few period-specific vehicles, Dark Shadows could have been set in 2012. That's not to say Burton skimps on the production design. The costumes are nice and the mansion intricately dressed, but Dark Shadows rarely ventures outside and thus feels like a small movie. 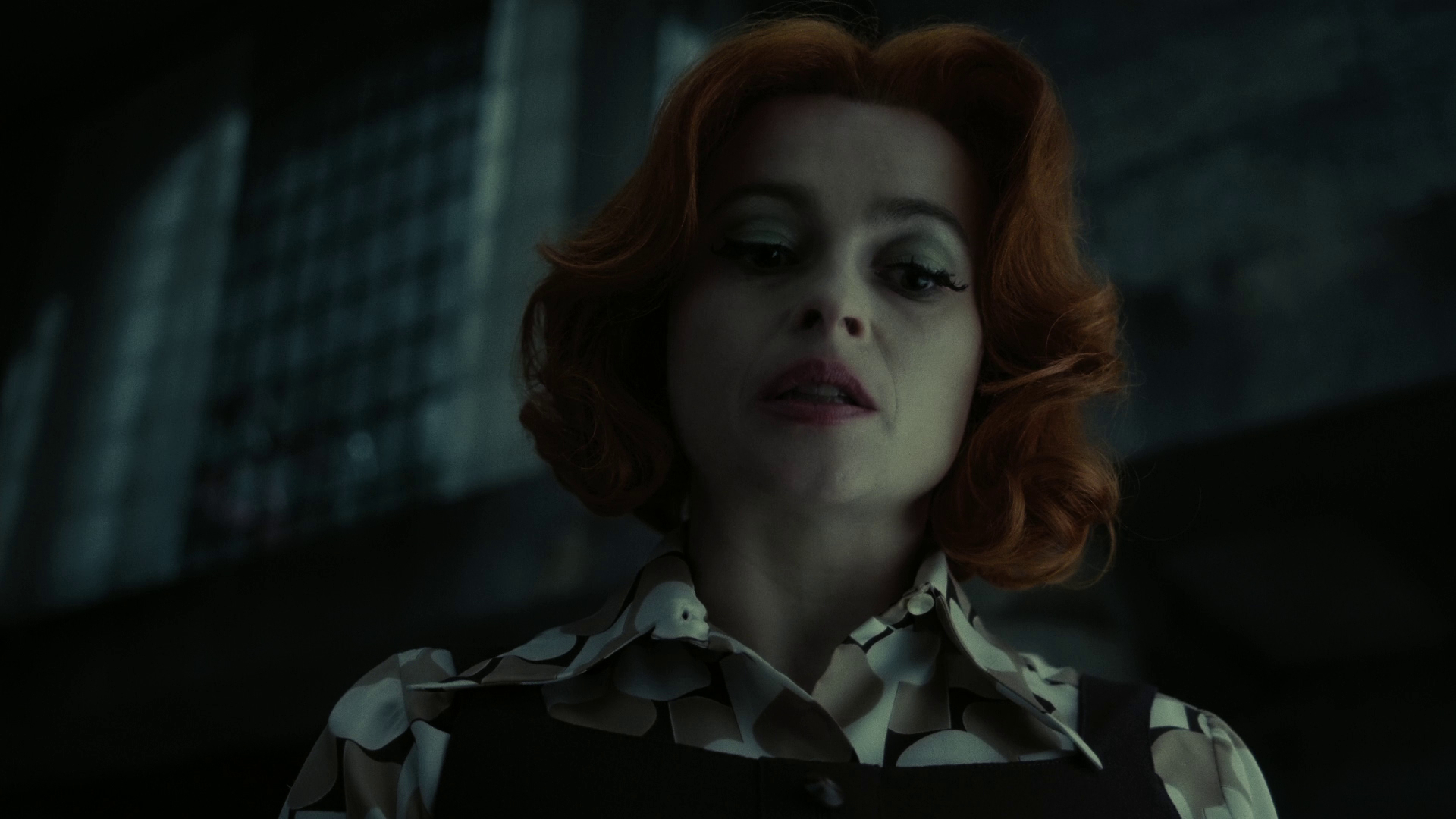 Burton really went for the big-screen soap opera vibe, and Dark Shadows feels patently episodic. The film offers its share of character moments for Barnabas, but never builds toward a satisfying third act. If Dark Shadows continued next week, I could excuse the other thinly written roles and lack of narrative drive, but this is a one-off movie, not an entry in a continuing series. Bonham Carter gets the most interesting tangents with Depp, but her women's lib rambling is mid-grade parody and she is absent for most of the film's second half. Moretz barely has ten minutes of total screen time, and feels more like set dressing than a meaningful part of the story. Pfeiffer is fine in her surprisingly truncated role, and Green seems to have the most fun as not-really-that-bad Angelique, who tickles Barnabas' fancy even after dooming him to a life of drinking blood. Burton fills out the ranks with character actors who are similarly underutilized, including Jackie Earle Haley as the family's caretaker and Johnny Lee Miller as Elizabeth's lay-about brother, Roger. 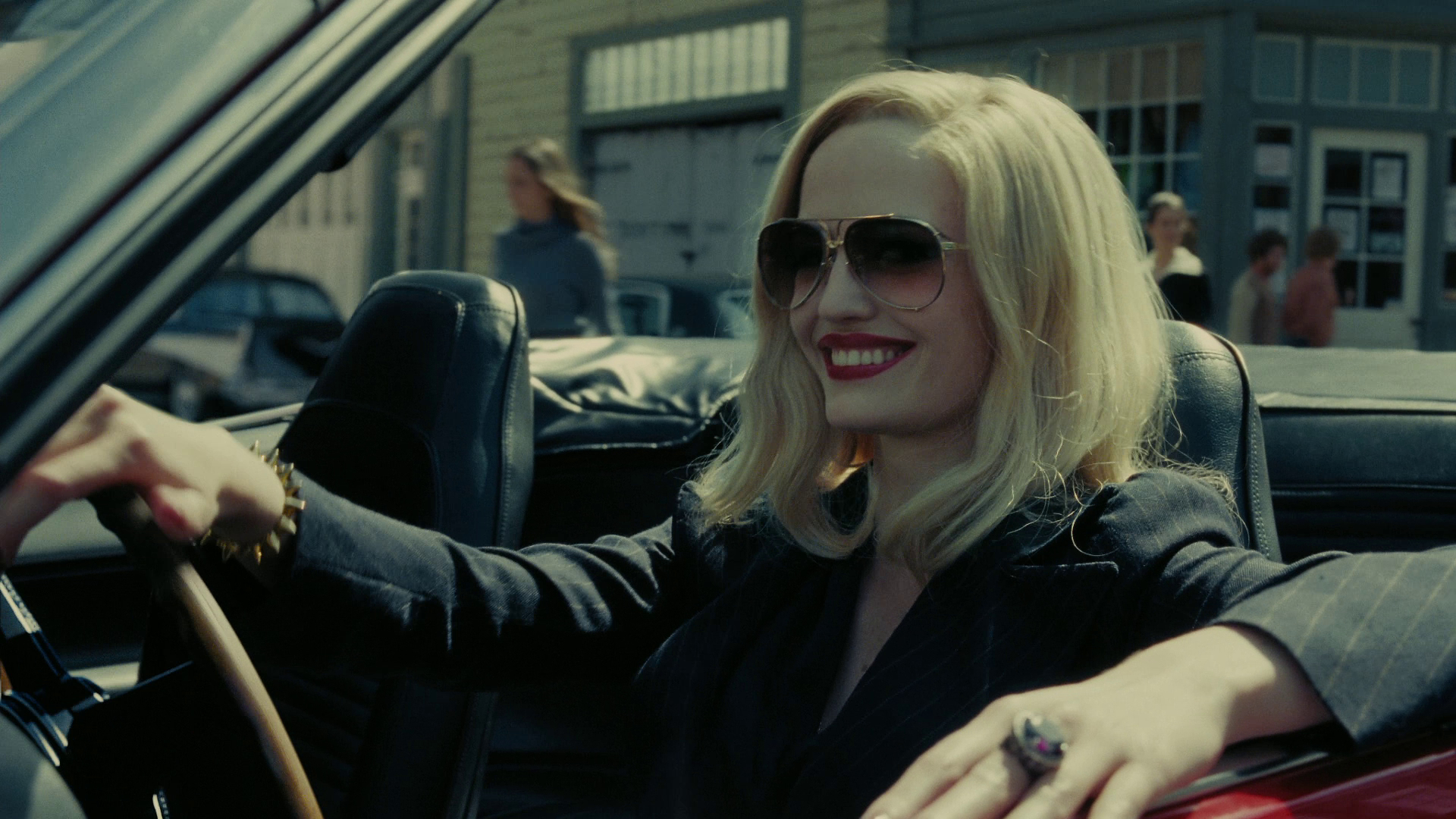 Dark Shadows is a moderately entertaining misfire for Burton and Depp. The climax is silly and slipshod, and Dark Shadows never commits to a tone. The material is ripe for the picking, and the vampire aspects of the film do feel fresh in a period when these particular undead are greatly overexposed. I wanted more from Burton's characters and more edge from his film. Angelique is hardly a difficult hurdle for Barnabas, and the Collinses have little trouble returning to high society. Burton talked a lot about his love of the "Dark Shadows" series in the run-up to the film adaptation's release, but Dark Shadows feels more like a shrug than a knock-out punch. 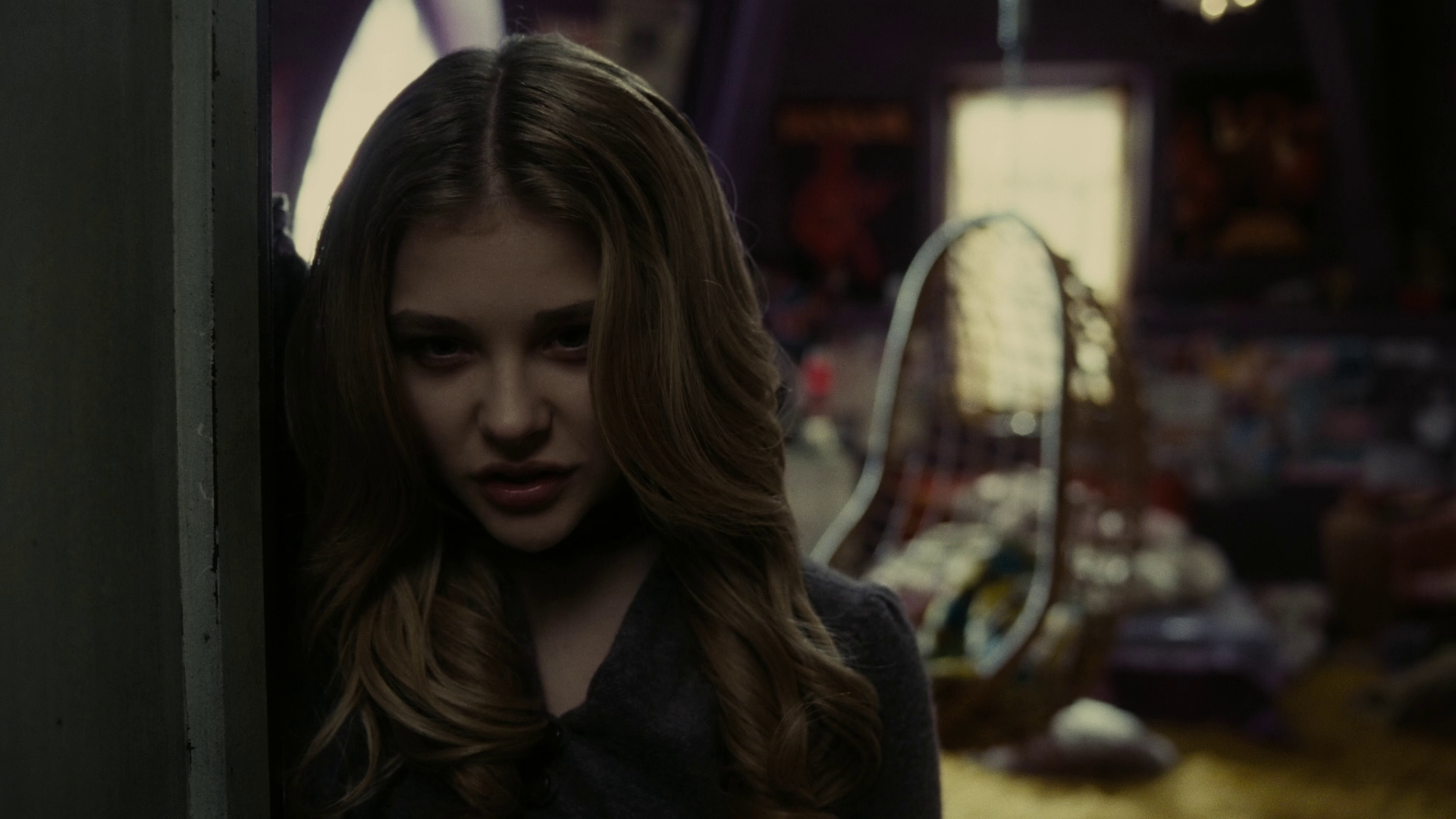 Warner Brothers has been on a roll lately, using higher bitrates and dual-layer discs for most of their releases, which has resulted in some top-tier transfers. Dark Shadows receives a gorgeous high-def presentation, and the 1.85:1/1080p/AVC-encoded image perfectly recreates the theatrical experience. Burton gives Dark Shadows a softer, 1970s-inspired look, but there is still abundant detail in the image. Most impressive is how the transfer handles texture, and pausing the film gives viewers a chance to appreciate the layers of fabrics and objects present in every shot. The film begins with the dull colors of the seaside Collinsport, and, while Dark Shadows is a dark film, brash colors like the radiant red of Angelique's car and the lush purple of Elizabeth's dress are impeccably saturated when they appear. Black levels are strong, though there is some unavoidable crush in the bowels of the mansion. Skin tones are accurate - very pale for Barnabas, naturally - and I noticed no instances of artificial sharpening, banding or compression artifacts.

If directional effects and frequent surround-speaker action are your thing, then this 5.1 DTS-HD Master Audio track should be right up your alley. Dark Shadows is no action movie, but the sound design is spry and active, with ambient effects panning throughout the sound field. When the action kicks up in the second act, the subwoofer supports it with crisp low-end bass. The cacophonous sounds of a humorous sex scene roam the rear speakers, and a large fire wafts from front to back. Clarity is also excellent, and dialogue is crystal clear and well balanced with Danny Elfman's music. English, Spanish and Portuguese 5.1 Dolby Digital tracks are also available, as are English SDH, French, Spanish and Portuguese subtitles. 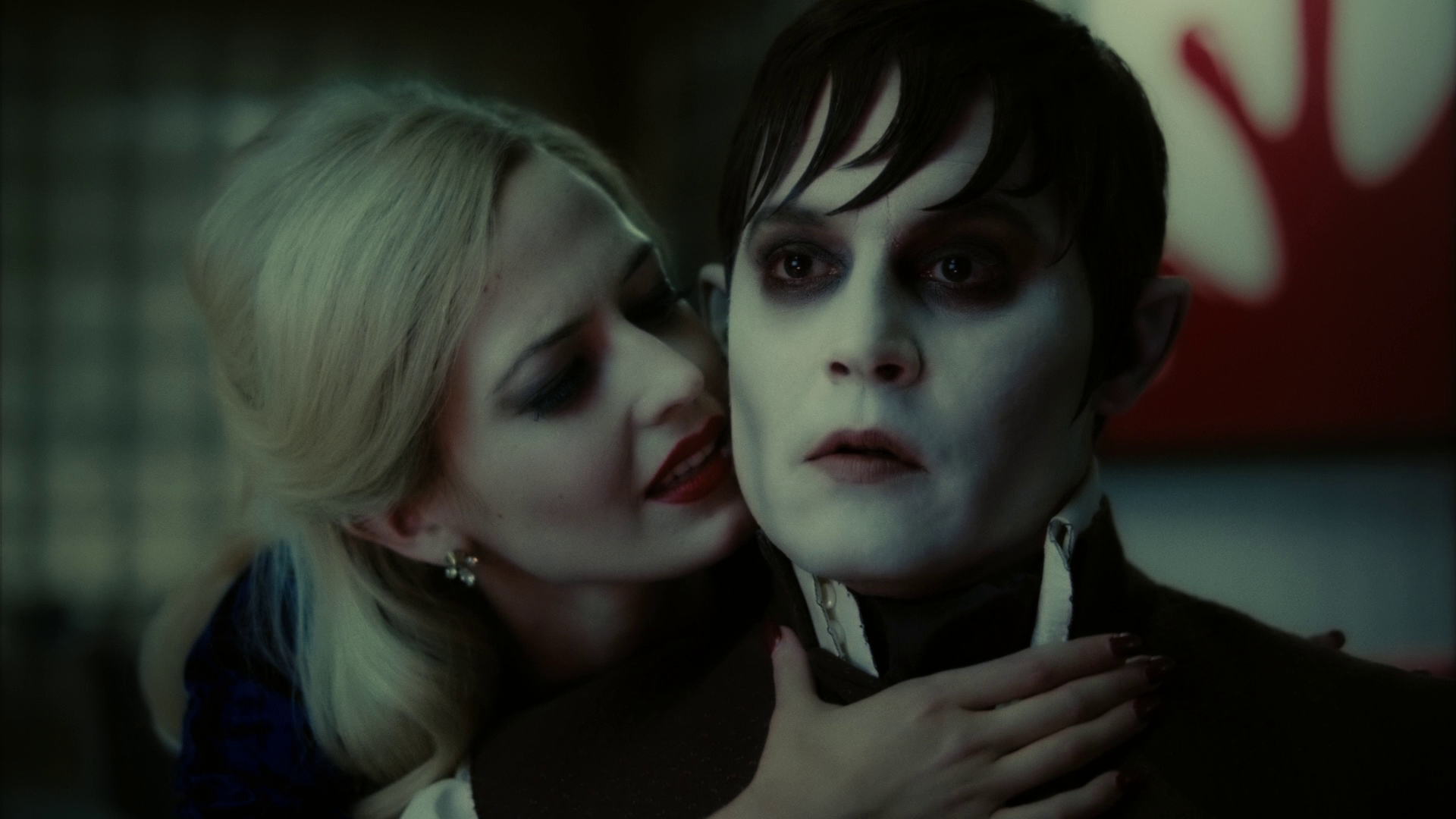 Dark Shadows gets the familiar "combo pack" treatment by Warner Brothers. The set includes the Blu-ray, a DVD copy of the film and a code to stream an UltraViolet digital copy. The discs are housed in a Blu-ray eco-case, which is wrapped in a lenticular slipcover that adds depth but not motion to the cover artwork.

The main extra is a paired down version of the studio's Maximum Movie Mode. The best examples of this feature are usually hosted by a film's director, but Burton is absent here. Instead, viewers are treated to a number of Focus Points that can also be viewed separately:

The Focus Points are decently informative, but the lack of a host to tie the featurettes together makes the Maximum Movie Mode a disappointment. The only other extra is a couple of deleted scenes (5:39/HD). 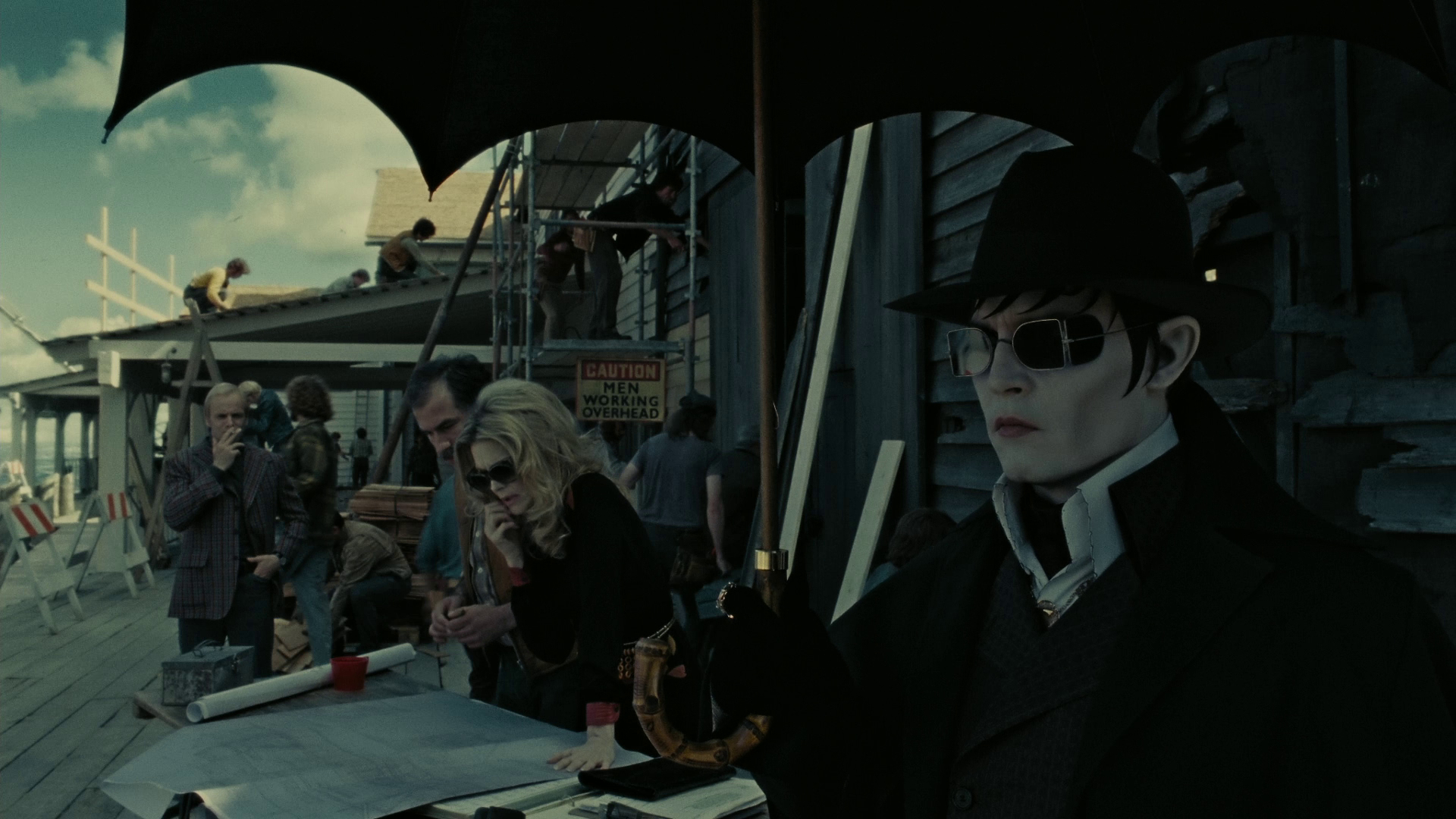 Dark Shadows is not one of Tim Burton and Johnny Depp's better collaborations, and the film lacks ambition and purpose. Depp is enjoyable as a vampire unearthed after two centuries to help his struggling lineage regain their place in society, but Dark Shadows, based on the classic soap opera of the same name, feels more like a television episode than a complete film. The humor and drama are not as sharp as they should be, and Dark Shadows is a minor work for the quirky duo. Rent It.