Man Who Knew Too Much (1934): The Criterion Collection, The 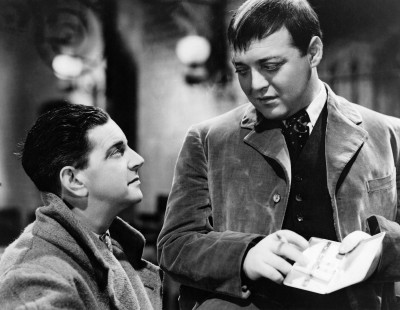 The old bachelor in me would like to watch Alfred Hitchcock's original The Man Who Knew Too Much as a parable about the smart-mouthed tween who learned to mind her manners. Compare the overly precocious Betty Lawrence, as played by bizarrely named Nova Pilbeam, at the start of the picture to the shaky, defeated Betty in the final scenes. The girl at the start spoils everything, from ruining sports competitions in the Swiss alps to disrupting a nice meal; the girl at the end can barely speak, she trembles so. Say what you want about foreign spies, but they know how to babysit!

The 1934 suspense picture The Man Who Knew Too Much is often cited as a bridge between early Hitchcock and the later pictures that would earn him his reputation as the Master of Suspense. It is agile and funny, with a lithe tone that readily embraces romance, screwball comedy, and, of course, mystery and danger. Hitchcock would remake the film more than 20 years later starring Jimmy Stewart and Doris Day, but this original black-and-white version stars Leslie Banks and Edna Best as Bob and Jill Lawrence, a well-to-do British couple visiting Switzerland on holiday. There, they befriended Louis (Pierre Fresnay), a charming skier who also happens to be an international spy. When Louis is unexpectedly shot while dancing with Jill, he informs her of a secret document hidden in his room. She sends Bob to fetch it, and he beats the bad guys, but they kidnap their daughter as retaliation. If mom and pop breathe a word of what they found, the girl gets it.

Back in England, the police and the secret service are eager to find out what really happened. The absence of Betty has been noted, and Louis' British contact, a man named Gibson (George Curzon), tells them in no uncertain terms that the secret they possess is the key to stopping the assassination of a visiting dignitary. Their lack of cooperation could mean an international incident. 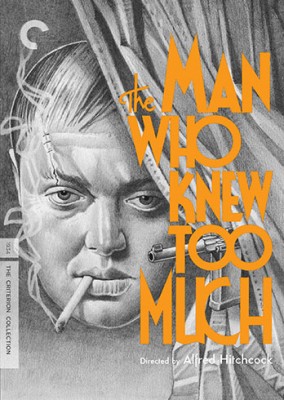 Naturally, parental responsibility trumps global politics, and The Man Who Knew Too Much really takes off when Bob and his brother-in-law Clive (Hugh Wakefield) take to the streets to try to decipher the dead man's clue and find the girl. The trail leads them to a dentist's office and then a cult that worships the sun, and they pick up familiar faces along the way. Both a sharpshooter (Frank Vosper) and a funny German traveler (Peter Lorre) they met on holiday are lurking about. These two have been more than they seemed all along.

That's actually Hitchcock's first genius move in The Man Who Knew Too Much: for those who maybe weren't familiar with Lorre's more sinister screen persona (namely, in Fritz Lang's M), he would appear to be little more than comic relief in the Swiss scenes. Indeed, the whole opening of The Man Who Knew Too Much, right up until Louis taking a bullet, comes off as a kind of family comedy. The men banter over the woman, the little girl gets up to no good--it's fun and frolic on vacation. Hitchcock maintains this breeziness throughout the film. Bob is always ready with a quick verbal jab, and Clive serves as a comedy sidekick, going so far as to lose a tooth and be hypnotized for the good of the mission. While these gags relay a kind of stiff-upper-lip, laugh-in-the-face-of-peril resilience, Lorre's character, Abbott, slowly slips from humorous to sinister. He laughs the entire way, but the more we are witness to what tickles his macabre fancy, the more cruel he appears. He's a bad dude, through and through.

There is a feeling throughout The Man Who Knew Too Much that Hitchcock is going all out. Apparently this film followed a string of flops, and the director maybe realized he had nothing to lose by making the kind of movie he believed in. His deftness with so many different moods, and his uncanny ability to switch from one to the other without it seeming abrupt or jarring, makes for a film that is imminently entertaining, one that dares you not to look away lest you miss what happens next. At the same time, in the filmmaking itself, we can see the young Hitchcock that was influenced by the German impressionist filmmakers, using light and shadow to put the audience on edge, and forgoing any musical score and letting the sound of the action create its own rhythm. This is a film, after all, where both the music of a pocket watch and a live orchestra provide important plot mechanisms. In the final shootout, the metronymic back-and-forth of the gunfire serves as the counting down of a doomsday clock.

There is no one thing that stands out about this go-around with The Man Who Knew Too Much, no special element that makes it more memorable amongst the Hitchcock canon. It's been years since I've seen the 1956 redo, but I do know as a young viewer, I saw that one first, and then I saw the original after, before I had the faculty to understand how to process older films or even the idea that a director would remake one of his own movies for any other reason than he could do it better. Which is the superior version is certainly an arguable point. For as much as a crowd-pleaser as the remake is, complete with an Oscar-winning song from Doris Day, there is something so perfectly entertaining about its ancestor, it really shouldn't be dismissed. The 1934 The Man Who Knew Too Much has no one defining element because all the elements work in concert, aligning exactly as they should to create a whip-smart thriller that stands the test of time all on its own. 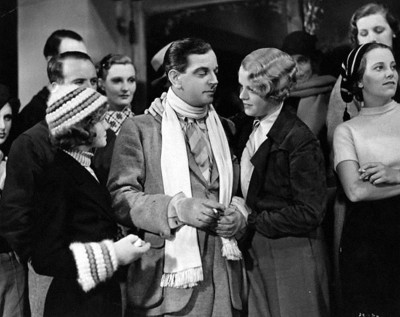 Video:
Criterion's MPEG-4 AVC transfer, mastered at 1080p and framed at a 1.33:1 aspect ratio, is an astonishing revelation. Working from a restoration helmed by the British Film Institute, their The Man Who Knew Too Much is clear and vibrant, with a strong tonal balance in the black-and-white photography, making for excellent contrast between dark and light and exhibiting an overall impressive level of detail. Grain looks nice, without any evidence of digital manipulation, and the print seems to be mostly intact. No bad cuts or damage or really any spots or flickers. This is as fine a restoration as one could hope for.

Sound:
The uncompressed mono soundtrack has a fantastic clarity, lacking in drop-outs, distortion, or hiss. Dialogue is unobscured and easy to hear, and sound effects are also dynamic and impactful.

Extras:
Criterion issues The Man Who Knew Too Much in its usual clear plastic case with an accompanying booklet featuring photos, credits, and liner notes by Farran Smith Nehme. Chapter stops are listed on the inside front cover of the case.

Historian Philip Kemp provides a new audio commentary for the feature, covering the film's production and placing it in context of Hitchcock's career and also what was happening in the world at the time. Equally enlightening is an 18-minute video feature with director Guillermo del Toro (Cronos, Pan's Labyrinth), whom many forget wrote a book on Hitchcock in the 1990s. He discusses the style of The Man Who Knew Too Much and how it predicts what was coming in the Master of Suspense's filmography.

A two-part television program from 1972, titled The Illustrated Hitchcock, has been whittled down to a concise 50 minutes (presumably mostly just cutting some clips from other movies), and showcases Hitch talking to journalist Pia Lindstrom (Ingrid Bergman's daughter) and critic William K. Everson about his approach to storytelling, both from a thematic and a technical standpoint. There is significant attention paid to The Man Who Knew Too Much. Hitchcock is also featured in conversation in a 20+-minute audio excerpt of his interview series with Francois Truffaut.

Finally, there is a short restoration demonstration.

FINAL THOUGHTS:
Though still a few years before his move to America, the original The Man Who Knew Too Much marks an important shift in Alfred Hitchcock's British period. He would go from here to make The 39 Steps and The Lady Vanishes, perhaps the better known of his early masterworks, but ones that would not exist without this 1934 thriller. The Man Who Knew Too Much combines comedy, romance, and mystery in a way that would become the director's signature. Here the filmmaker appears at his most agile, working with a sharp script and a strong cast--especially the creepy Peter Lorre, who appears in his first English-language role. The narrative moves quickly, building to a literal crescendo, wherein we see how well all the pieces come together. Expertly restored by BFI and put on Blu-Ray by Criterion, The Man Who Knew Too Much is, without a doubt, Highly Recommended. 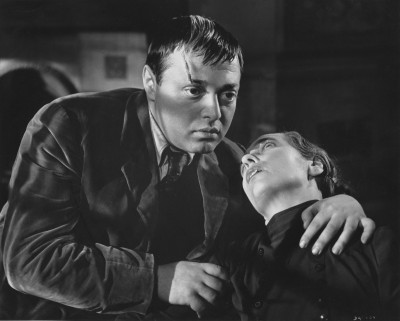