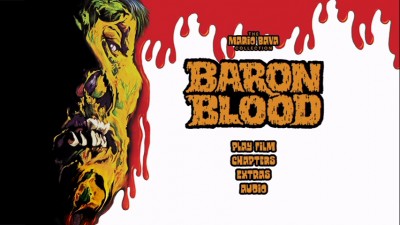 Newly graduated American college boy Peter Kleist (Antonio Cantafora) has decided to travel a bit before settling down and taking a teaching gig. His destination: the Austrian town from where his family hails. Peter wants to see where he comes from, and also dig into the dark past of the von Kleist family. The skeleton in his family closet is Baron Otto von Kleist, also known as Baron Blood, a sadistic killer who was eventually stopped after a witch cursed him when he burned her at the stake. Villagers in turn burned the Baron alive, which was fitting poetic justice, but the witch's magic decreed that he would come back to life again and again, returning to the mangled body as it was just before his death, to suffer the pain he inflicted on others. Baron Blood's castle still stands, but the locals won't go near it. It's just a tourist trap now, and Peter is going to be the latest to fall in.

Baron Blood is a 1972 release from the master of Italian horror, Mario Bava (Black Sunday). It's like a cross between The Phantom of the Opera and the Universal Monsters Frankenstein series: a deformed soul haunts an old castle, and the family legacy is to keep bringing the monster back to do more damage. Peter has a parchment he believes to have belonged to the witch Baron Blood fatally offended. He and the beautiful caretaker of the castle (Elke Sommer, A Shot in the Dark) can't resist testing it out, and though they don't quite believe it will work, they unleash the horror that is Baron Blood! Once he is back amongst the living, his face oozing blood from the open wounds that will never heal, he starts right back up with torturing anyone who gets in his way.

Esteemed actor Joseph Cotten (Citizen Kane, Shadow of a Doubt) plays the Baron. He also plays Alfred Becker, a paraplegic who has just come to town and bought the castle. His work here is considerably better than in another Italian horror flick made the same year, the sexually charged Lady Frankenstein, in which he played another famous Baron. Though he is largely a hulking mass under rubber and make-up as the killer, as Becker he is a far more sinister presence, one that grows more apparent in his evil as the film progresses. Cotten far outclasses the European cast. Sommer does little more than scream and show off short skirts; Cantafora is a stiff whose most expressive feature is his sideburns. 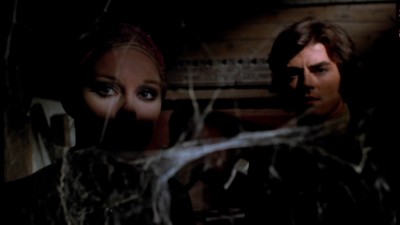 Not that the acting matters all that much. Folks show up to watch Baron Blood for the visceral frights and Bava's expressive camerawork. The director is not one to rely on jump scares, instead using camera movement to emphasize the horrific moments. The emphatic zooms and extreme close-ups can be slightly cheesy, but when the camera drifts to call attention to a particular gruesome detail or becomes unhinged in order to follow killer and victim through dark hallways, the off-kilter viewpoint is extremely effective. The best sequence of this kind is when the newly revived Baron chases Elke Sommer through the castle. The image tilts, and the walls seem to close in. We become as discombobulated in her fear as she does.

Personally, I found the mystical aspects of Baron Blood to be more successful than the gory bits. Perhaps my senses are dulled by modern horror, but the special effects, while impressive, don't pack the punch they once may have. I was far more intrigued by the moodiness. Eventually, Peter and the others (including his uncle, an expert in ESP played by Massimo Girotti) consult a clairvoyant to find out how to send Baron Blood back to Hell. The medium (Rada Rassimov) holds a séance to summon the ghost of the witch who planted the curse. It's a fantastic scene. Bava uses camera tricks and dubbed dialogue to create a separation between the worlds of flesh and spirit, so that we can watch the ghost of the witch dance in her fiery prison while projecting her voice through her living contact.

I wouldn't call Baron Blood a great horror movie, but it's one that is very well done. The script by Vincent Fotre offers little by way of real surprises, but it's a case where sticking to formula is a strength, not a weakness. There's no fat on this picture, it has only what is necessary, and so it never meanders, it only entertains. The climax is suitably ramped up, escalating the violence so that the Baron can get a little satisfaction before his eventual just desserts, stoking the audience's blood lust and then delivering exactly what we need to feel satiated. 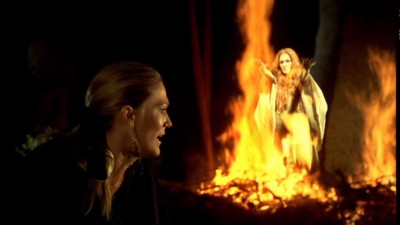 Video:
Baron Blood is part of Kino's Mario Bava Collection, an initiative to restore the director's work and released in partnership with International Media Films. The widescreen image, presented in anamorphic 1.78:1, presents the film nicely, with period-appropriate colors and generally good rendering. It's not a perfect restoration. There are still instances of scratches and dirt from time to time, but the overall detail is really good. The HD remastering used the original 35mm negative, so Bava's moody photography doesn't lose any of its impact, and the overall viewing experience strikes me as an authentic replication of the original release.

For a comparison on how this new edition fares compared to older DVD releases, read Ian Jane's review of the Baron Blood Blu-Ray, released simultaneously with this DVD edition.

Sound:
The English Language soundtrack is presented in stereo, with the original music by Stelvio Cipriani, which was replaced in some versions. While not necessarily a dynamic mix, it does sound very good, with no egregious distortion and decent tones throughout; the music doesn't suffer from echoes or any metallic sounds. Dialogue is also easy to hear, it never gets drowned out. There are no drop-offs or other glitches that I noticed. 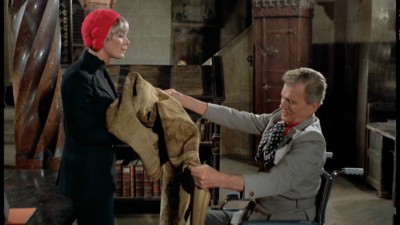 Extras:
Kino gives us several extras here, including an audio commentary by Bava-expert Tim Lucas. The author is becoming a mainstay of this collection, and his tracks are always informative, shedding light on the history of the production while dissecting the horror master's technique. He explains some of the cuts the film went through, and also the differences in releases around the world. To go with this, we get the alternate title sequences, which are basically the opening and closing credits from the Italian version.

We also get the American and Italian theatrical trailers, and a few radio ads promoting the film. As with previous discs in the Mario Bava Collection, a selection of trailers for other selections by the director are given here, as well.

FINAL THOUGHTS:
This is only my second Mario Bava picture, and while I preferred his spooky witch's tale Black Sunday, made over a decade prior, Baron Blood is still an entertaining and highly effective horror movie. Working more in the killer monster, (pre)slasher genre, it stars famed actor Joseph Cotten as a sadistic nobleman brought back from the dead. Once he is back in the flesh, he starts rending the flesh of others. The story hits some pretty basic genre tropes, and the special effects do tend to show their age, but Bava's use of scenery, camera movement, and his clever staging of the film's underlying mysticism all still work quite well. Recommended. 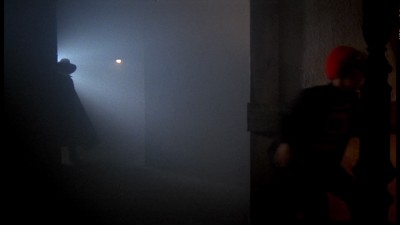