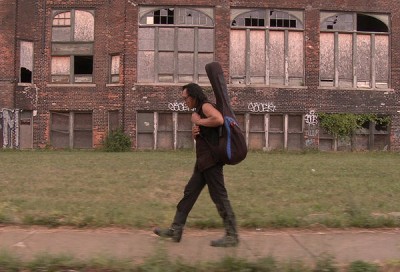 There are certain trajectories that we expect rock 'n' roll stories to take. Of course, the most common are of young men dreaming big and going nowhere. Then there are those who achieve some success, only to flame out midway, and possibly ride an ongoing rising and falling wave. And then there are the big boys, the ones who go all the way and never come down.

The documentary Searching for Sugar Man offers us a different narrative entirely: of the never-was who became the biggest name in music to a certain group of people without ever knowing it.

The title refers to the song "Sugar Man," the closest thing that Hispanic, Michigan-based troubadour Rodriguez had to a hit. It was a cut off of the enigmatic singer/guitarist's debut album, Cold Fact, released at the start of the 1970s. Despite production from two of Motown's best and a point-of-view and delivery that was fresh and of its time, Cold Fact never took off; its follow-up did even less. Rodriguez was dropped from his label and was never heard of again.

Except in South Africa.

At some point, Cold Fact landed in that troubled country. There are legends about how the first copy of the album arrived within its borders. Rodriguez's plain delivery and social consciousness--imagine a more urban Bob Dylan whose poetic punch was not lessened by dropping the abstract lyricism for more direct expression--was exactly what the troubled people needed. Even though the apartheid-era government's strict censorship prevented most of the singer's tunes from being played on the state-run radio, his songs became an anthem for a generation just learning to stand up for themselves. In South Africa, Rodriguez was bigger than Elvis. Too bad the man had apparently committed suicide. Again, legends surrounded this story. Most agreed that the performer killed himself on stage; the variations disagreed as to how.

Searching for Sugar Man is a film that attempts to answer what was once thought unanswerable: who was Rodriguez? Why did his career flounder? Where did he go? And how did he inspire a nation to throw off the shackles of oppression and fight back? Director Malik Bendjelloul joins the musical detectives who devoted much of the 1990s looking to finally unravel this mystery. The documentary jumps back and forth between the original history and the people who knew Rodriguez in America and the people who invented their own story and always longed to see the man in South Africa. It's a surprising tale, one full of twists and turns that confound and amaze. I can't really think of another one like it.

Bendjelloul lets the mystery unravel with only minor flourishes. Excellent computer animation rebuilds a Detroit long past, and Rodriguez the man emerges slowly, seen in photographs and heard on the soundtrack. The director smartly pauses for multiple musical interludes, letting Rodriguez's songcraft take over the speakers. There are a lot of great cuts here. "I Wonder," "Cause," and "Sugar Man" should have all been hits. No one can exactly explain why they weren't. The closest they can come to it is racism. A Mexican American from the inner city was not exactly the kind of superstar America was ready for, no matter how much the times were a-changin'.

The one thing that Searching for Sugar Man has in common with the best rock stories, and perhaps the most unexpected twist of all, is that there is redemption to be had in its final act. The answers the searching fans find prove uplifting, saying much about the human spirit and validating how Rodriguez often portrays that spirit in his poetry. It's the kind of thing, as they say, that you really can't write. Only real life can be this unpredictable, discarding all narrative expectation. It makes for a riveting documentary, and one you can also tap your foot to. Searching for Sugar Man is essential viewings for music fans and movie fans alike. 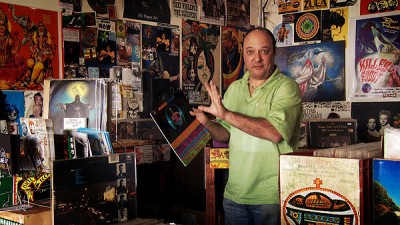 Video:
While Searching for Sugar Man probably won't ever win any awards for cinematography, the Blu-Ray review does a great job of making sure it doesn't look like it was shot on the cheap (even when it was). The 1.78:1 widescreen transfer is mastered at 1080p. Colors look good, and resolution is sharp. The transition from old footage to new footage looks natural, with a nice consistency between the different sources. The bright effects used in the animation contrast nicely with the darker tones. Overall, this looks great, easily as good as when I saw the movie in the cinema.

Sound:
The main audio is mixed here as an Englisth 5.1 DTS-HD Master Audio track. Though ostensibly a talking-heads documentary, the movie's most important component is Rodridguez's music, which sounds rich and full coming out of the speakers. All the interviewees have their monologues centered well so they are easy to hear and understand.

English Closed Captioning is provided, as are standard English and French subtitles.

Extras:
A full-length audio commentary featuring director Bendjelloul and his subject was recorded before the film was released--which is a shame, as I think there could have been some added perspective to glean from what Sugar Man has done for Rodriguez in terms of his resurgence. Bendjelloul does most of the talking, while Rodriguez remains "in character," often repeating the same cryptic jokes. Some aspects of the narrative are fleshed out, with the director pushing the singer to share his versions of anecdotes people tell about the past. The rest of the time, the filmmaker details how certain aspects of the production came together and how certain decisions were made--some similar ground to what is covered in "Making Sugar Man," the half-hour documentary included here.

There is also nearly 11-minutes of the director and star answering questions after a screening in "An Evening with Malik Bendjelloul and Rodriguez."

The theatrical trailer is also included, as well as a paper insert advertising the soundtrack and other music documentaries from Sony. All extras are in high-definition.

FINAL THOUGHTS:
Highly Recommended. Searching for Sugar Man is the rarest of rock stories: a genuine third act. The story of the mysterious troubadour who disappeared after two albums nearly thirty years ago is a surprising one, at once suspenseful and moving. Bonus: the songs are good, too. If you like rock-and-roll mythology or just want to see a documentary about an interesting person staying true to himself and having that eventually bring reward, then you need to seek this one out. 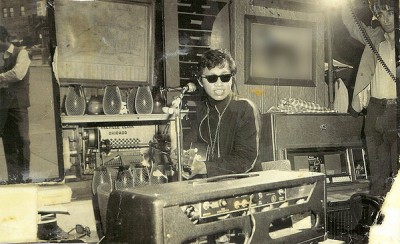