Whoever saves one life saves the world entire. - Talmud (paraphrase) 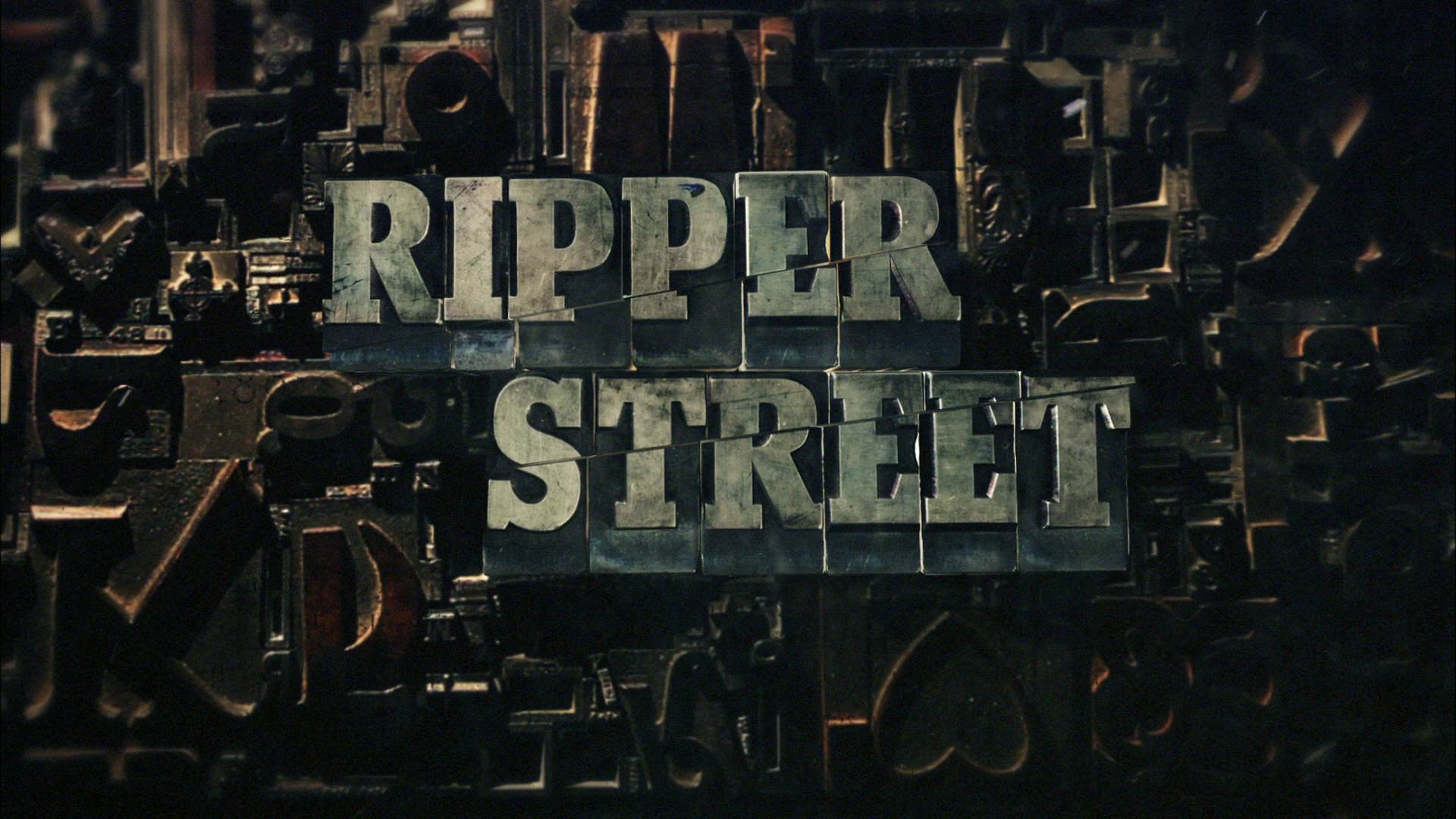 The BBC's crackling historical drama Ripper Street picks up six months after Jack the Ripper, arguably history's most infamous serial killer, murdered at least five prostitutes in London's Whitechapel district. When a body is found with marks of the Ripper, members of the Metropolitan Police's H Division re-open the cold case. Matthew Macfadyen, of BBC series Spooks, leads the charge as Detective Inspector Edmund Reid, who enlists former Pinkerton soldier and surgeon Homer Jackson (Adam Rothenberg) to help track down the killer. Each episode of Ripper Street stands on its own with a finite story, but thematic and narrative currents run throughout the series whose endgame is fingering the Ripper or his copycat. Enjoyably dense, well-acted and dramatically stimulating, Ripper Street is off to a fine start.

When Jack the Ripper left London's dingy streets as quickly as he arrived, the citizens of Whitechapel were left in constant fear. Theories abound about the identity of the killer(s), and history has provided more than a few interpretations of the crimes. Ripper Street proposes the district has much at stake when fresh bodies start piling up. The Ripper was an obsession, a festering plague that targeted the press, common citizens and law enforcement, and Ripper lore often circles a malevolent aristocracy that directly or constructively aided the criminal. This post-traumatic climate is rich for exploration, and Ripper Street paints each episode with society's pervasive, near-unhealthy fascination with the Ripper. 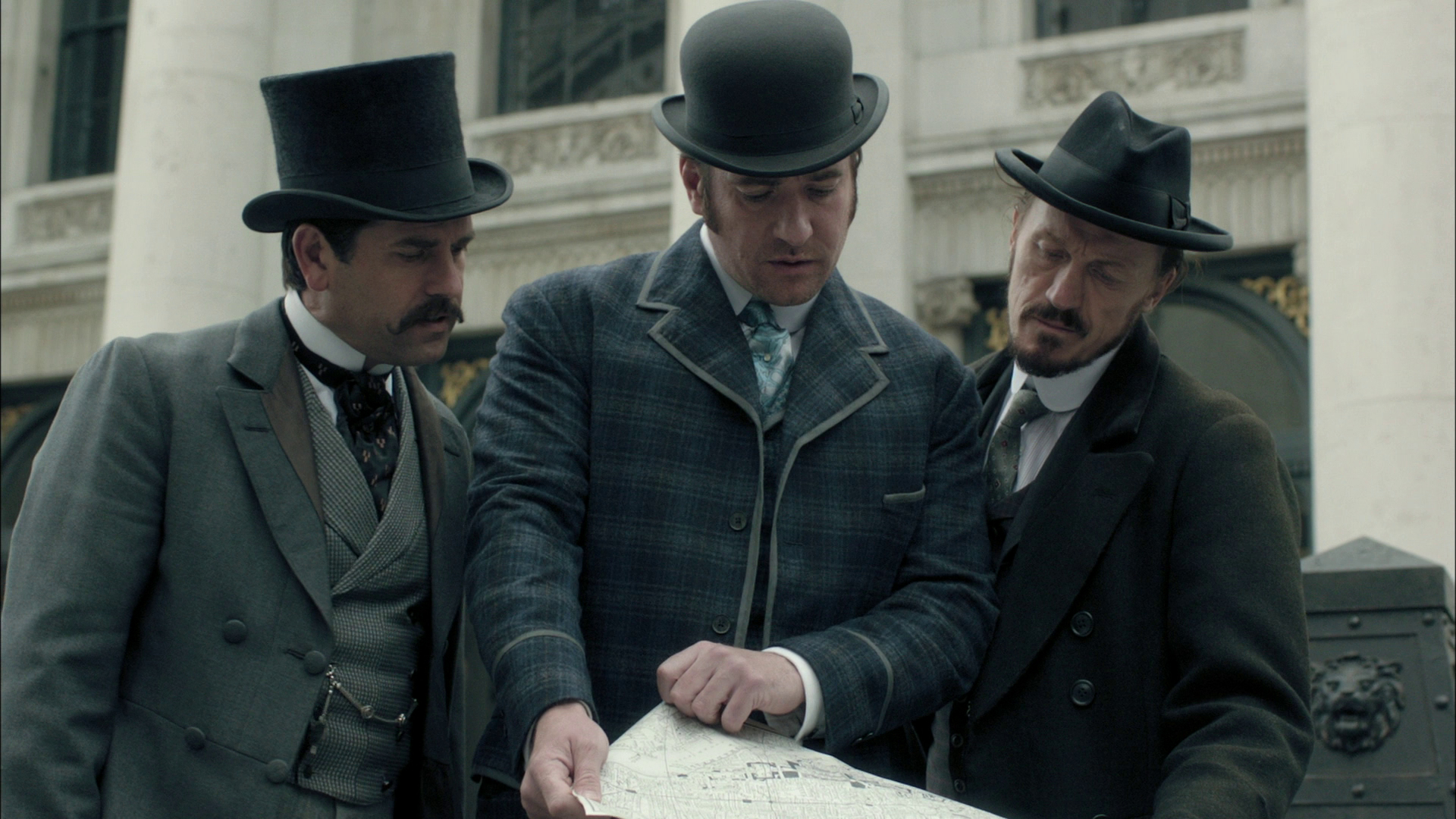 The overarching story flows through each of the eight episodes, but there are many smaller diversions that conclude at the end of each hour. Reid and Jackson have an uneasy partnership pierced by third-wheel Bennet Drake (Jerome Flynn), a detective loyal to Reid. Jackson is in Britain for reasons not initially revealed, and has an uneasy relationship with brothel madam Long Susan (MyAnna Buring). Of course the brothel plays a key role in the series, and prostitute Rose Erskine (Charlene McKenna) has a recurring role that begins during the first episode's fascinating dive into the earliest of smut films.

As with other BBC series like Copper and Dr. Who, Ripper Street is dense and well written. The episodes play like hour-long films, and require a fair bit of attention to catch all the important details and connections between the characters. Ripper Street excels as historical fiction, and avoids becoming diluted with stuffy pretense. The Ripper case, and this fictional, violent after-party, are fascinating subjects, and Ripper Street explores them with an energy lacking in another high-profile Ripper project, From Hell. 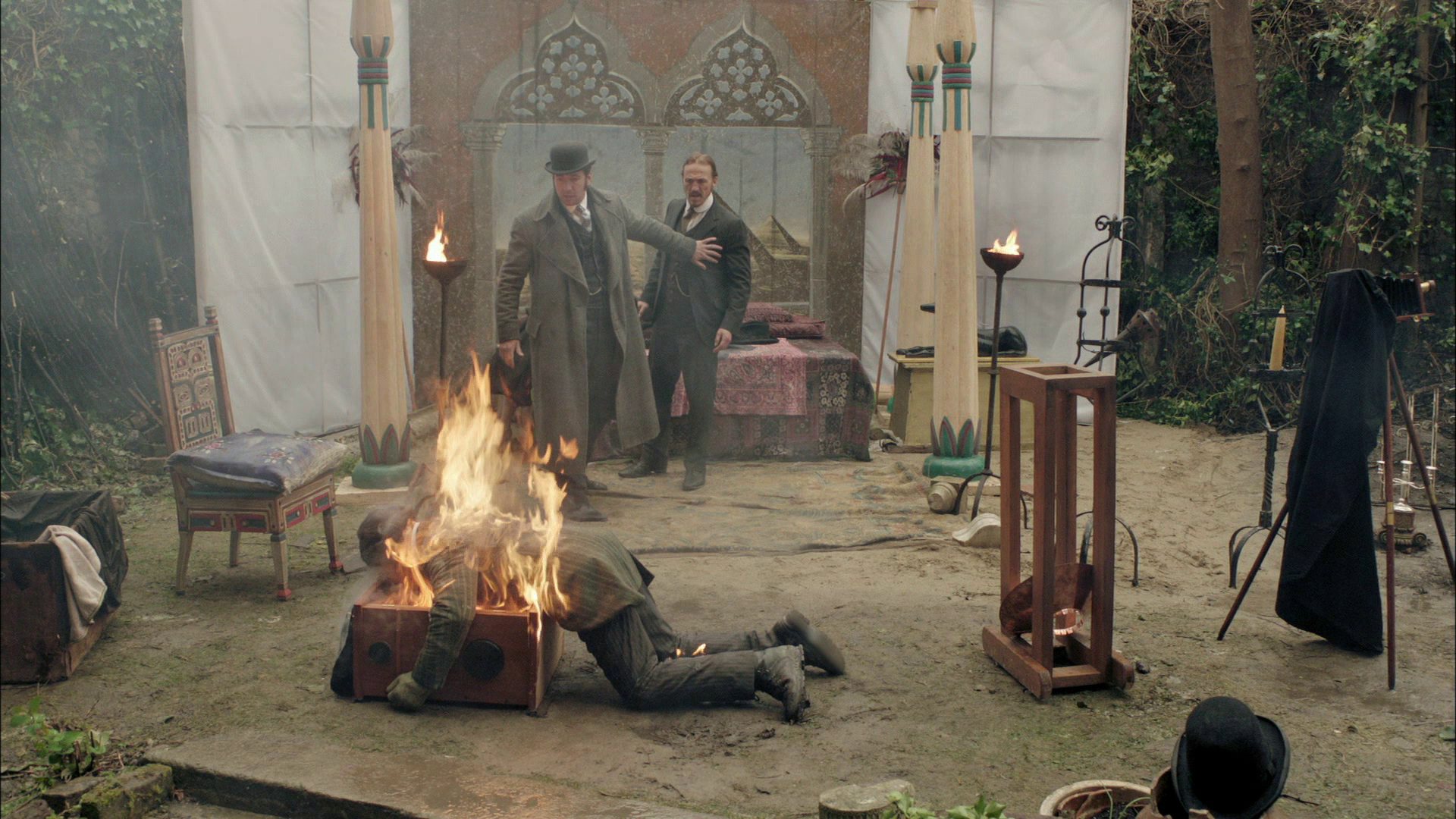 Leads Macfadyen and Rothenberg are excellent, as is the supporting cast. Ripper Street boasts excellent period costuming and production design, and the whole ordeal is polished in its gritty sleuthing. Reactions by the Whitechapel citizens are varied and interesting, particularly from those sympathetic to the Ripper's perceived cause, and Ripper Street hypothesizes that many crave the Ripper's return. The enthusiastic response to early episodes earned Ripper Street another season before its first even concluded, and I look forward to further developments.

Each of the eight episodes is presented with 1.78:1/1080p/AVC-encoded transfers. The Arri Alexa digital source material lends itself to a striking Blu-ray presentation, and the series looks fantastic in HD. The collective image is very detailed and crisp, with fantastic depth and clarity. There is no grain, but the series doesn't look overly digital, which benefits the period production design. Colors are desaturated, likely in post, but accurate, and skin tones are good. Black levels are inky, and I noticed no compression artifacts, shimmering or noise reduction.

Each episode is accompanied by a 2.0 English DTS-HD Master Audio track. Surround mixes might have been preferable, but these stereo mixes are perfectly capable, emitting excellent clarity and range. Dialogue is crystal clear, and music and effects are appropriately balanced. The stereo mixes manage to simulate a decent surround experience, and each felt weighty and articulate. English SDH subtitles are available.

This two-disc set is packed in a Blu-ray eco-case, which is wrapped in a slipcover. Each disc contains four episodes, and the second disc contains the bonus materials. An insert includes a code to redeem an UltraViolet copy of each episode. Extras include Inside Looks (4:19/HD), brief EPK-style pieces; Character Profiles (1:42/HD); and London Calling (5:04/HD), which explores modern Whitechapel. Finally, Jack the Ripper (50:04/HD) is a BBC production that is less about the Ripper case than other London murders with similar characteristics. It's surprisingly tedious.

BBC drama Ripper Street is a terrific fictional account of the months following London's Jack the Ripper killings. Matthew Macfadyen and Adam Rothenberg are H Division detectives tasked with re-opening the cold case when a new string of murders begins. Dense and exciting, Ripper Street explores the uneasy climate of 1889 Whitechapel, where opinions on the Ripper case are many and varied. This is meaty, articulate drama about a fascinating period in history. Highly Recommended. 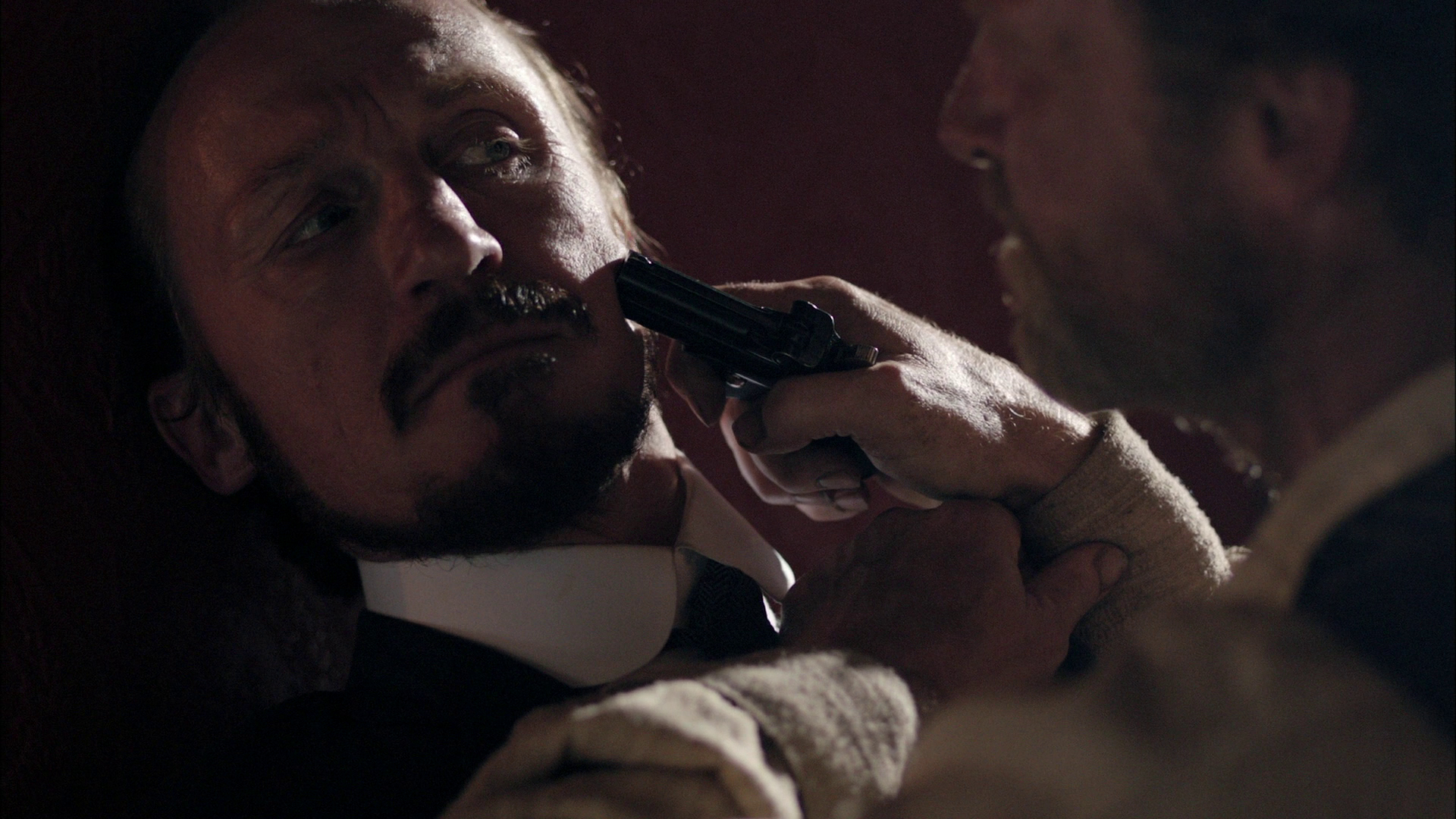 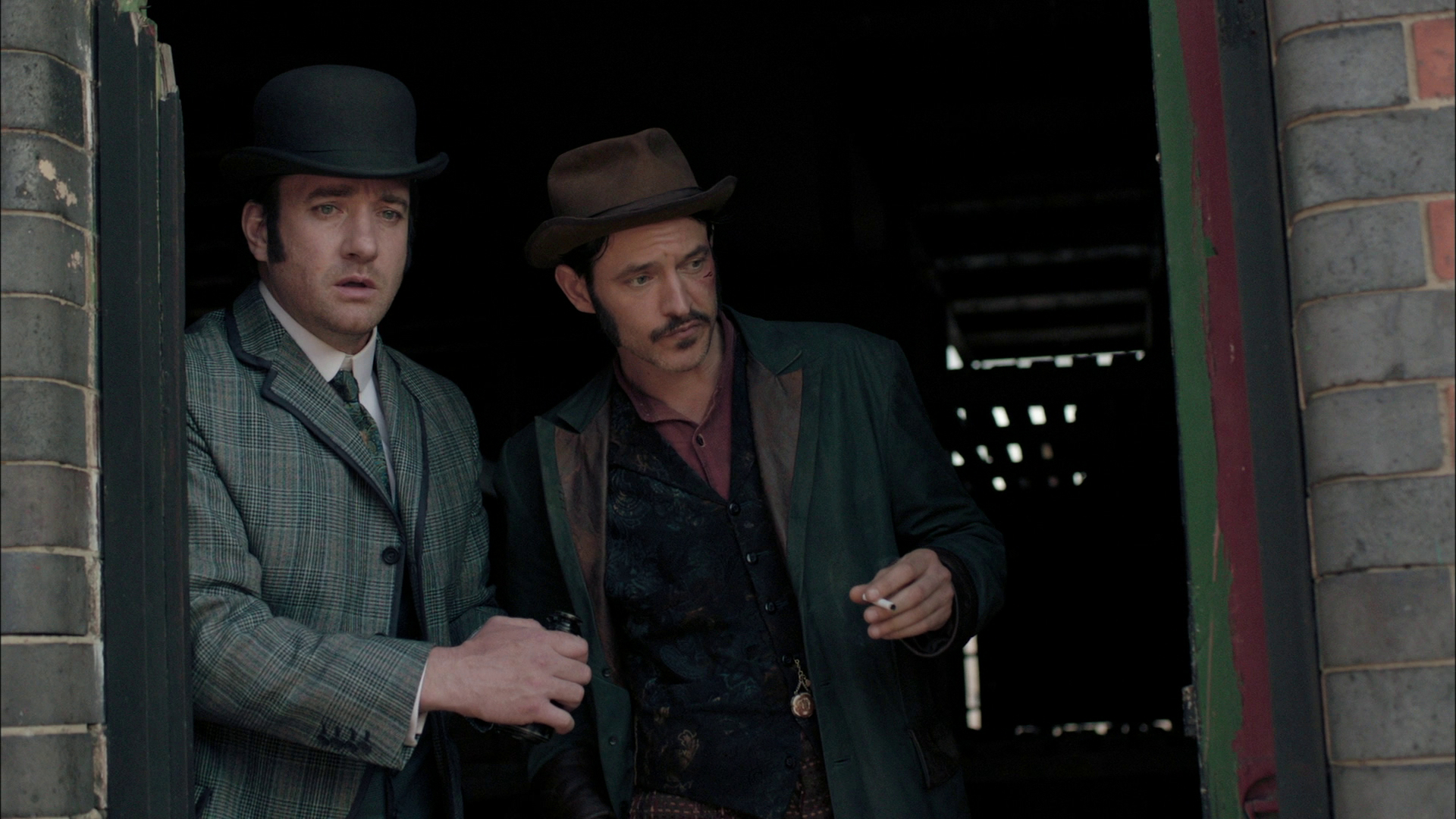 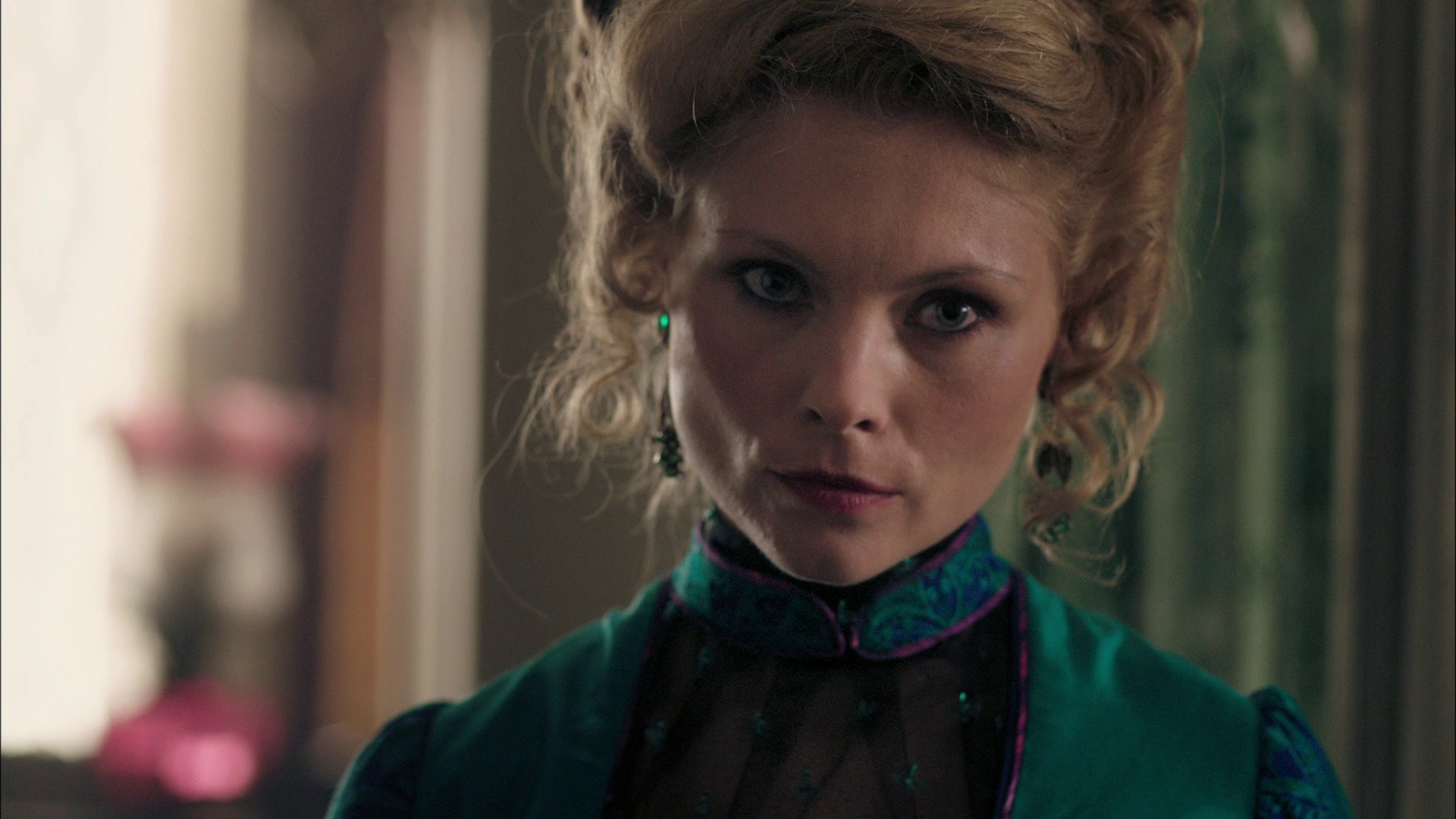 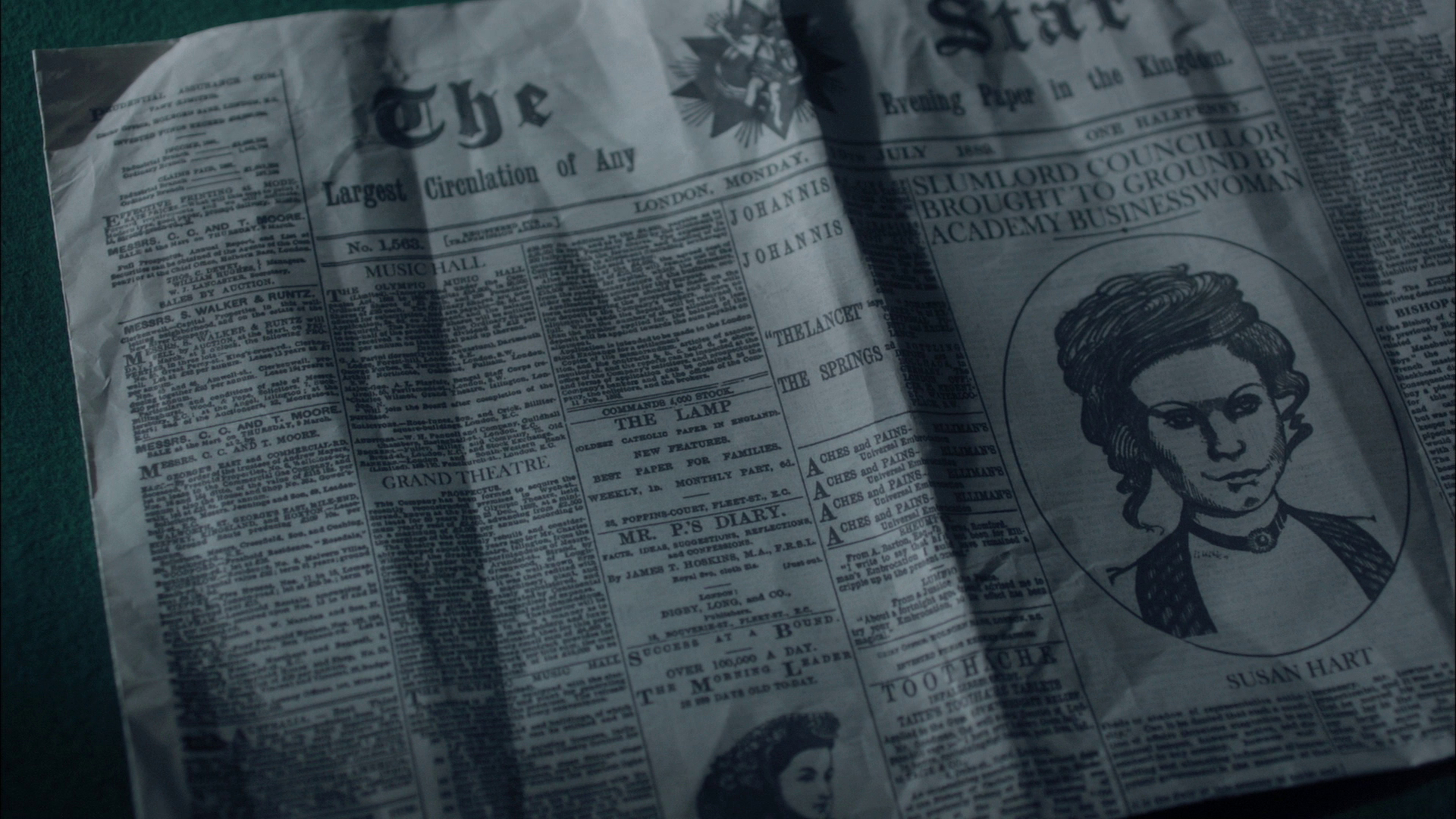 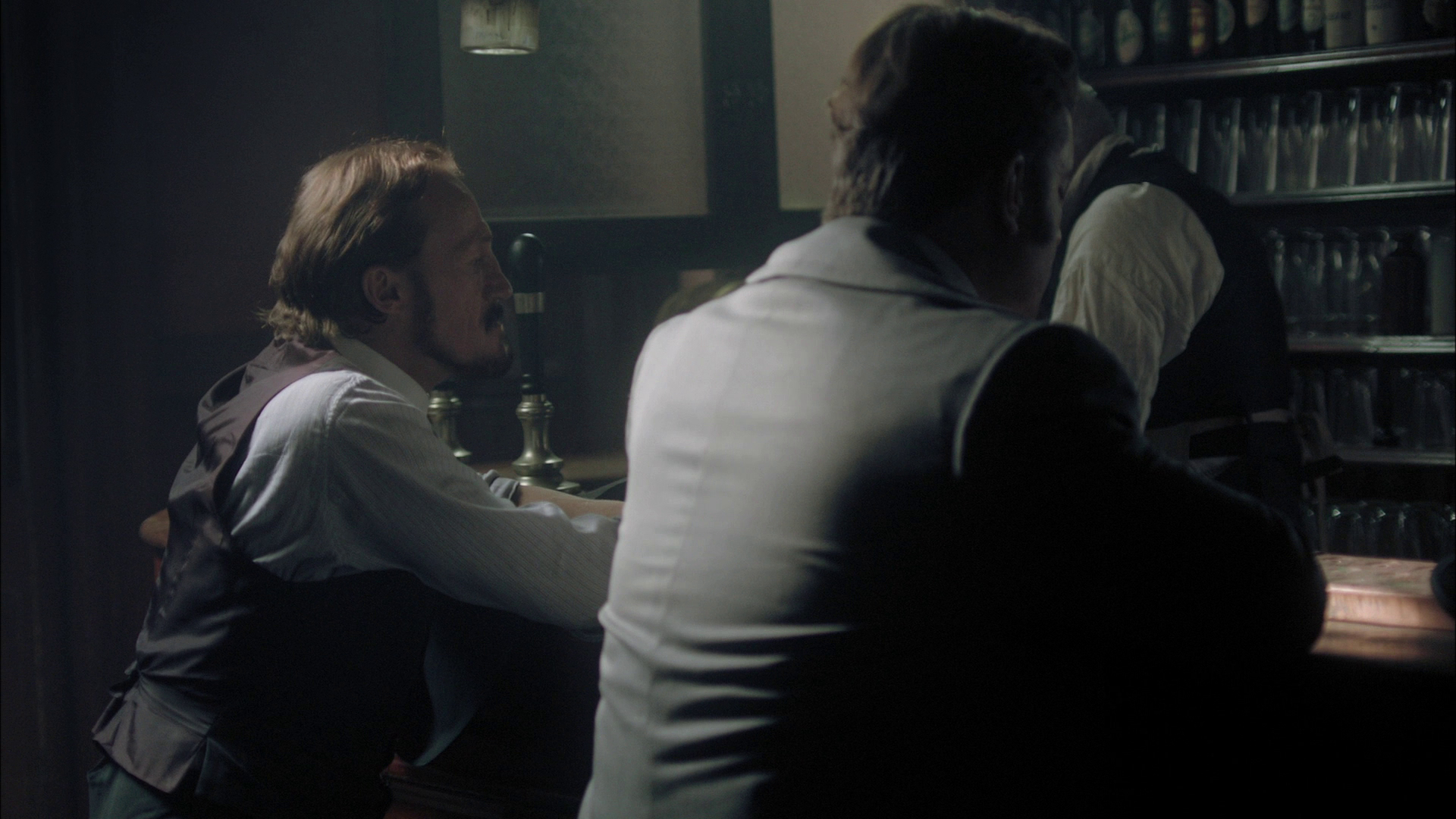 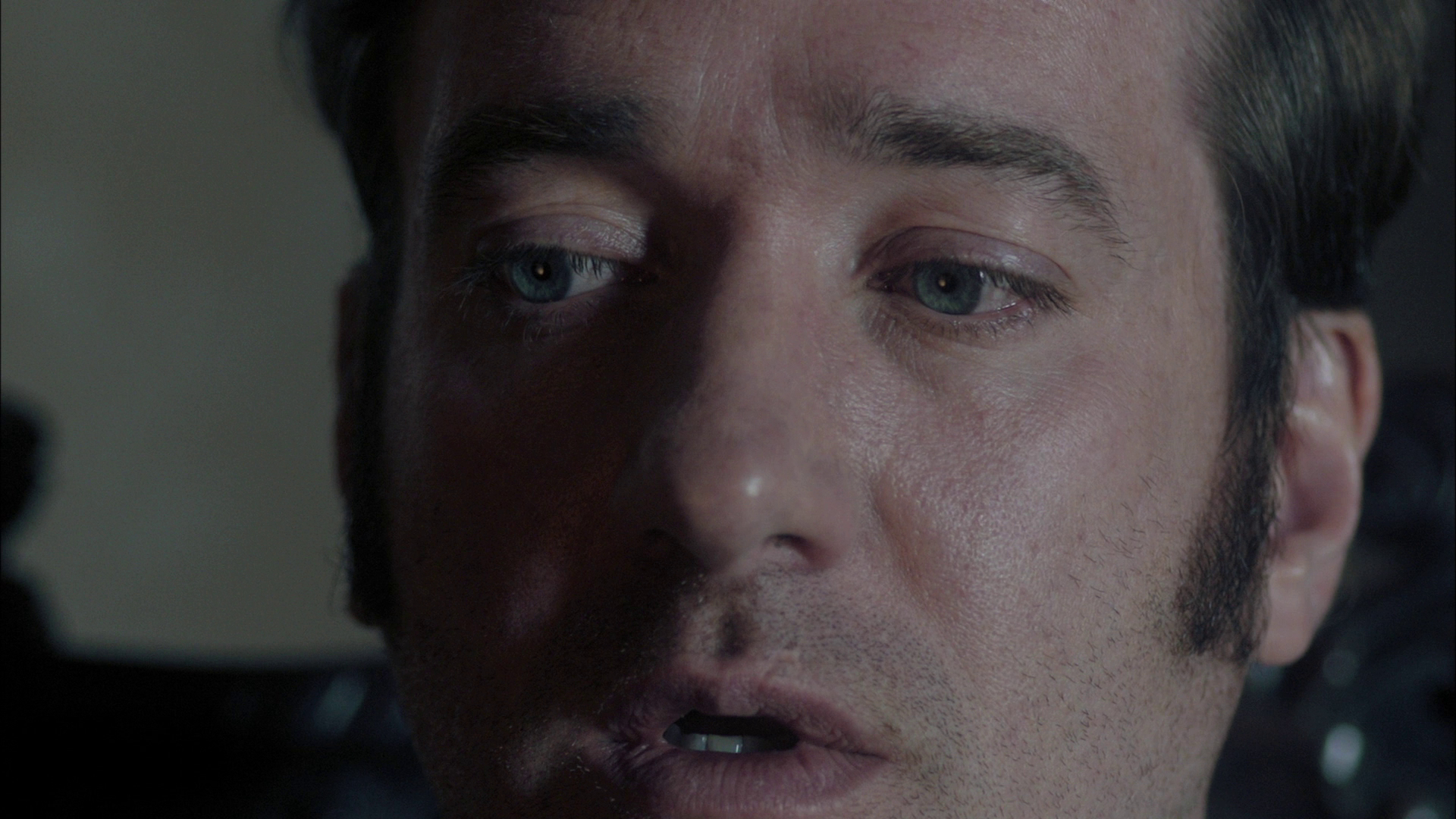 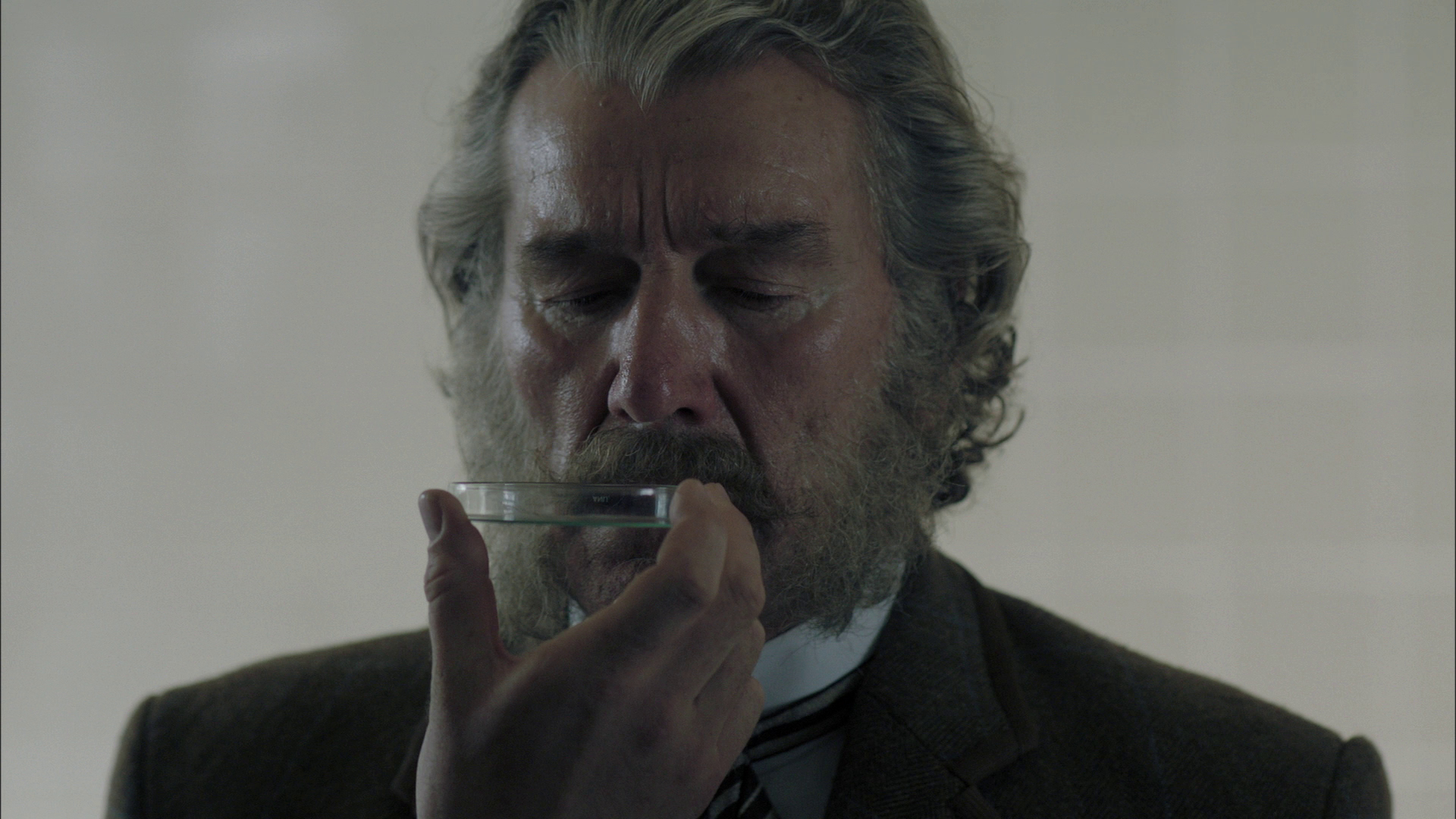 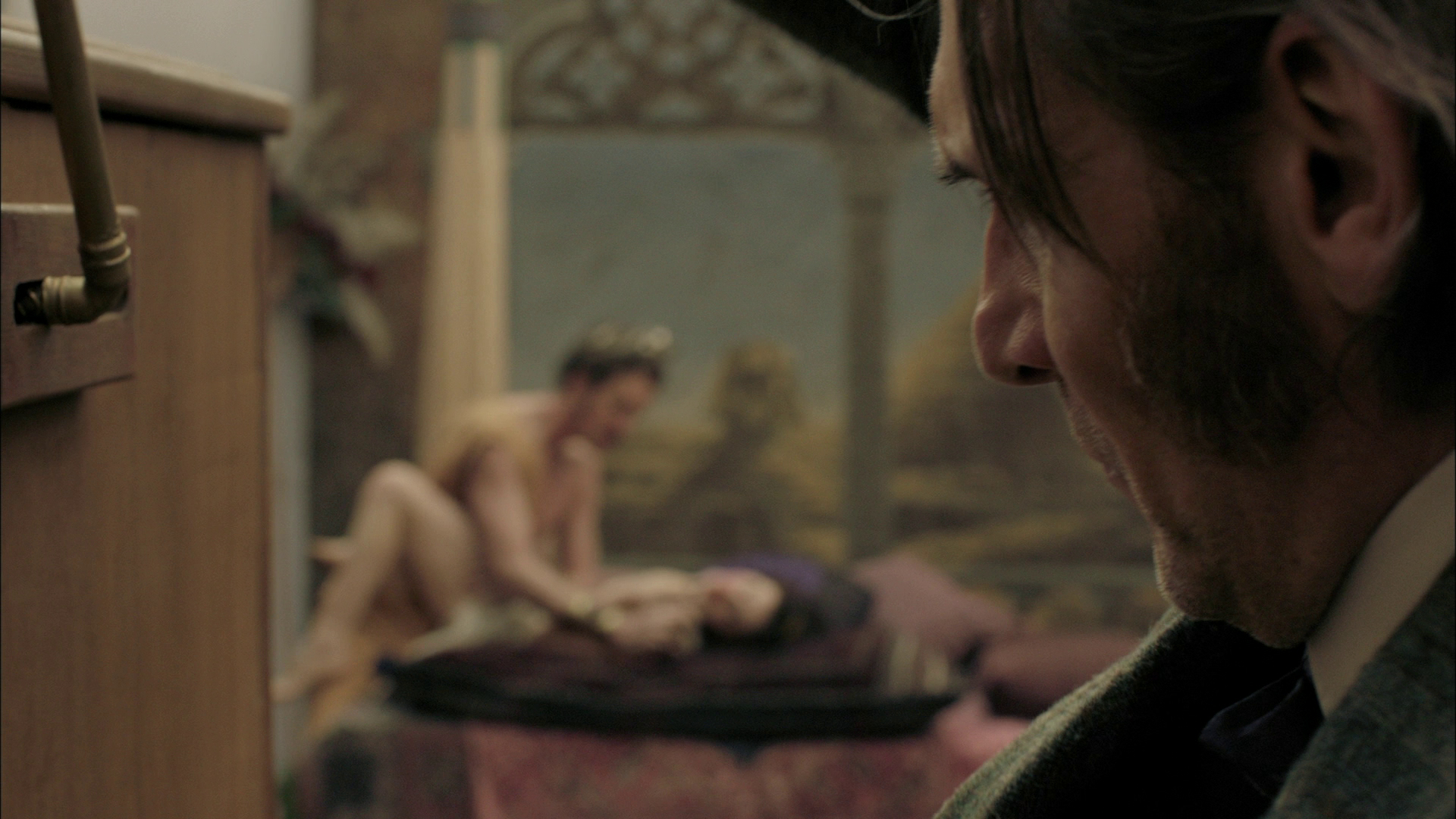 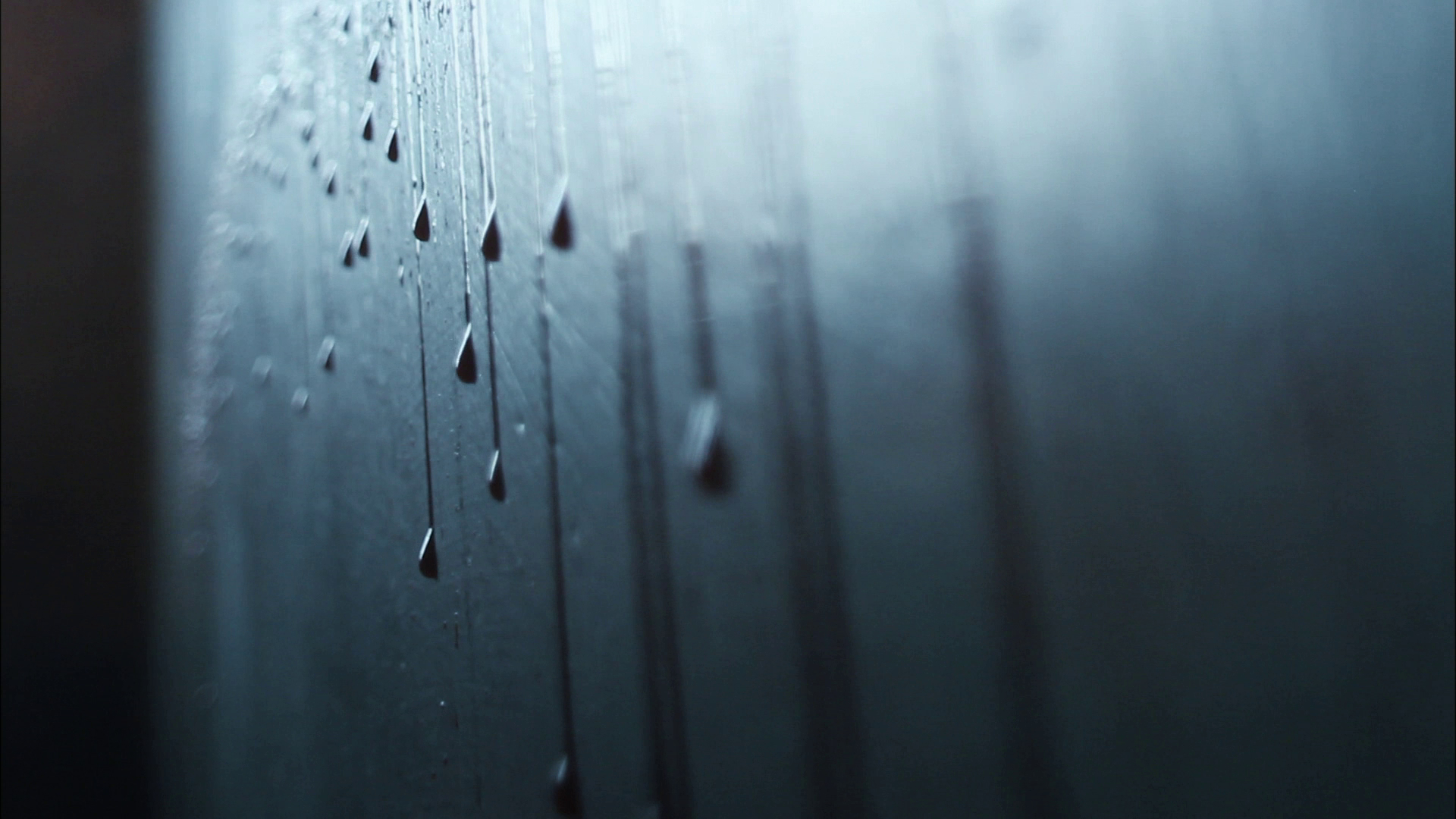 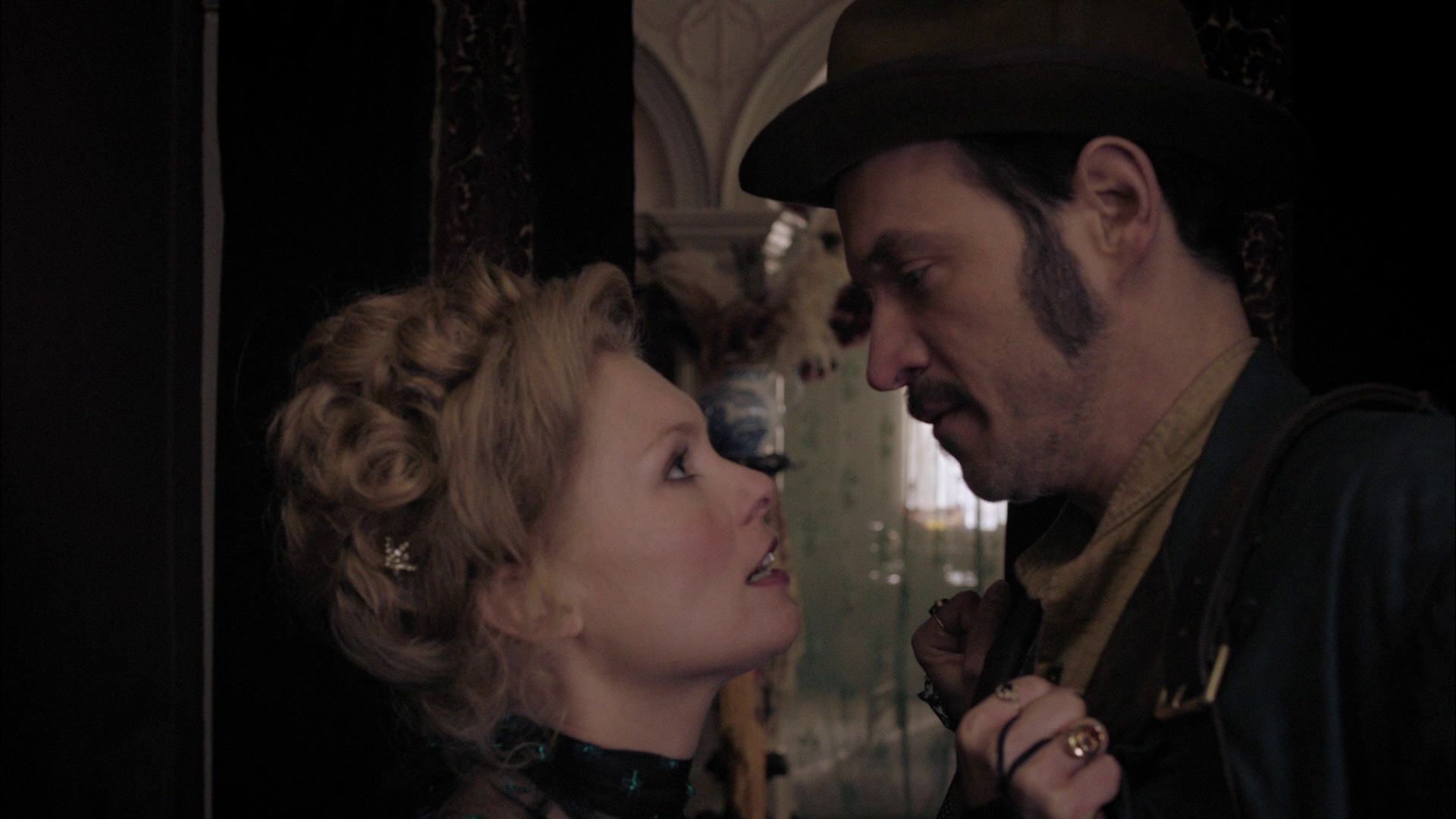 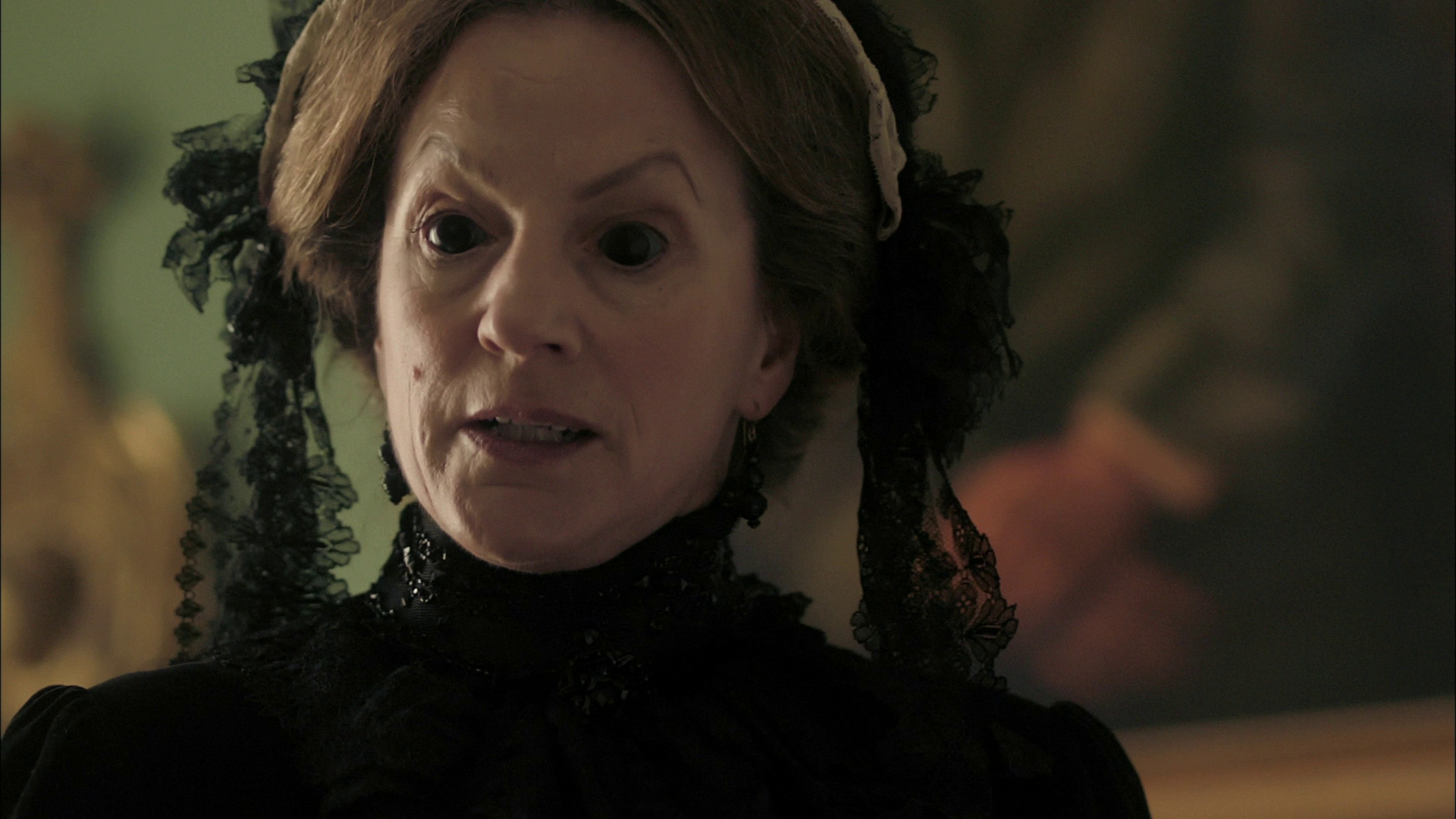