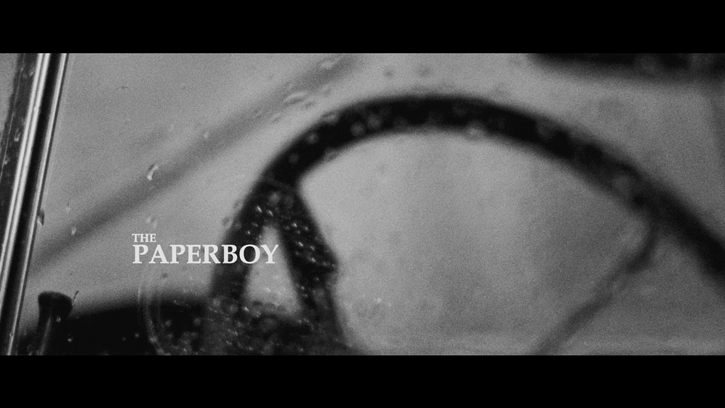 The Paperboy is a strange noir-infused mystery from Oscar-nominated filmmaker Lee Daniels (Precious). It's essentially a pulpy movie based upon a pulp novel by writer Pete Dexter (who co-wrote the screenplay with Daniels). Unlike his Oscar nominated effort; The Paperboy is an entirely surprising turn from director Daniels, who has crafted a film that is a radical departure for him.

The story of The Paperboy takes place during the 1960's and in South Floria. The story begins with a meeting where Anita Chester (Macy Gray) is presenting the story of what happened. She tells the story is if it is one about "Paperboy" Jack (Zac Efron). Anita was the maid to his family, and she was like a mother to him while he was growing up and becoming a man. As it turns out, he had a fascinating story.

A death-row inmate Hillary Van Wetter (John Cusack) is suggested innocent of a terrible murder by the death-row obsessed Charlotte Bless (Nicole Kidman), who seems to find men in prison as the most attractive people to write to and fall in love with. She's a "hot mess" as some might say, but she's got a lively and beautiful spirit. This is something that Jack see's in her when they first meet. Yet she claims to be in love with death-row inmate Wetter. This creates a problem for the young and in love Jack, who falls for Charlotte as quickly as butter melts.

Investigative reporters Jansen (Matthew McConaughey) and Yardley (David Oyelowo) had been brought in to look into the material Charlotte found to be indicative of Wetter's innocence in the murder. Jack is the "Paperboy" who helped his brother Jansen, the investigator, with delivering the papers. He becomes involved in trying to figure out the story. He almost instantly becomes attracted to the case out of his interest in Charlotte. Is Wetter guilty or innocent? What will be the result for Jack's chances with the beautiful Charlotte? These are just some elements of the story of the paperboy. 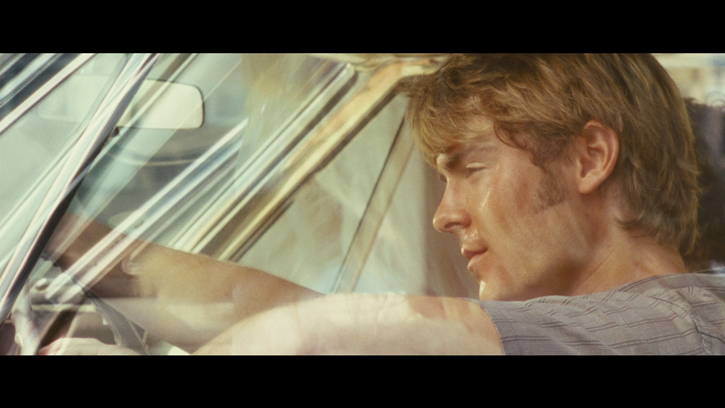 Lee Daniels has a distinctive voice as a filmmaker. I say this after only having seen two films by Daniels. Precious was a brilliant film with some of the best performances I have seen in a long time. It was a great work of art. The Paperboy is less distinctive in the sense that it is not really meant to be a dramatic work of fine art. The Paperboy is a beautifully filmed and compellingly acted, and well told pulp noir story.

It's a different type of cinematic experience and endeavor from what Daniel's has done before. Yet everything about the film seems just as ambitious and impressive as Daniel's prior work. Lee's certainly got an impressive talent for bringing forth great performances. This is a great aspect of his work.

The Paperboy excels largely because of how well everyone does in their respective roles. As per usual, an undeniably fascinating and strong performance is given by Nicole Kidman. What is more surprising, perhaps, is how worthwhile the performance is by Zac Efron. He also sinks further into his role than one might expect from the former High School Musical star.

The film isn't a great work of art. It's too pulpy and over-the-top in parts to be considered as a genuinely "great" film. Yet it is an entertaining thriller that works wonders with an impressive cast brought together to make this film as stellar as possible. It demonstrates the skill of a still relatively new to the game and impressive filmmaker. Everything from the way certain shots were framed to the cinematography by Roberto Schaefer impresses. This is a well-made and effective thriller, and that's ultimately the point. This is a well-told story that will have your attention. 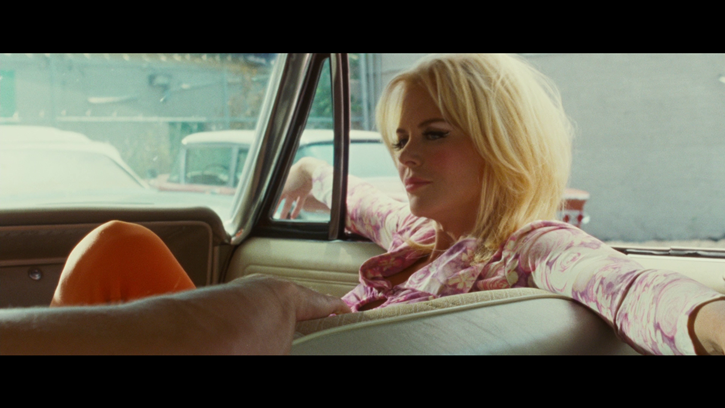 The Paperboy is a difficult film to rate on the picture-quality scale. The film is presented in the proper theatrical aspect ratio of 2.35:1 widescreen. It also preserves a cinematography style of interest because of how different it makes the film look compared to most modern productions. It's an appropriate look for the film, though. It makes the film look a bit grungy and pulpy and like it's an old-school b-movie. As such, it's a hyper stylized presentation that looks clear and sharp in some parts and a tad softer on the whole and with colors that don't pop quite as much. This is exactly how the film is supposed to look though. It's a strong presentation of the film's design as intended by the director and cinematographer. This is a worthwhile 1080p transfer.

The 5.1 Dolby TrueHD audio is a bit quieter and less refined than I would have expected, but it does occasionally have some interesting sound effects (especially during scenes that take place around swamps). The music has a boost in clarity and presentation from the lossless mix. This isn't a powerhouse presentation but it sounds nice, clean, and clear. It works well with the film. 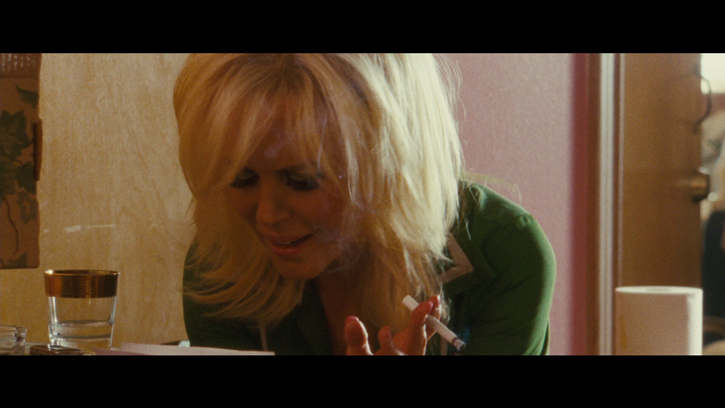 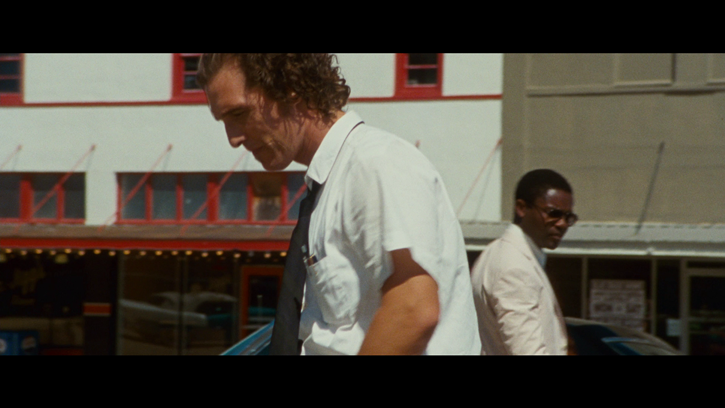 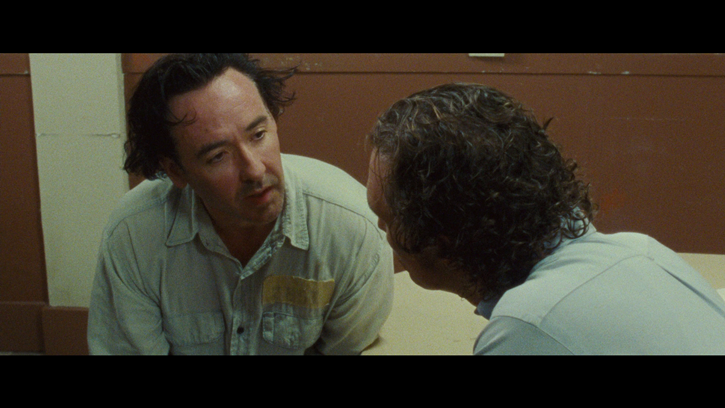 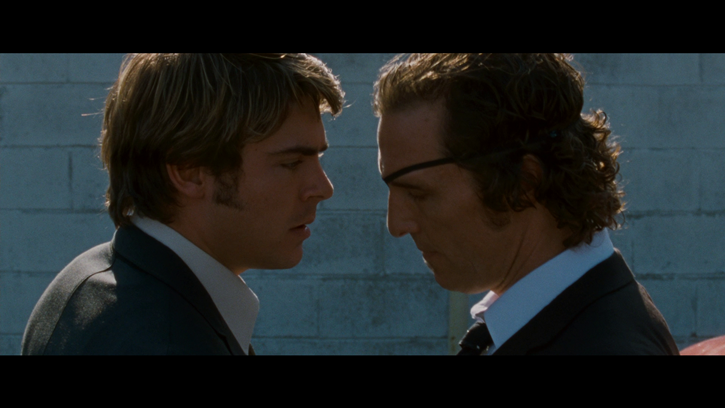 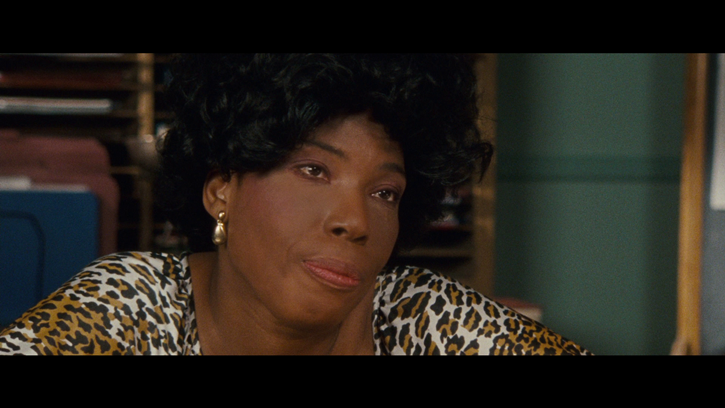 There are a few notable extras on this release. There is a brief featurette that explores the making of the film. There is also a director interview and several cast and crew interviews which explore the film and the characters. Lastly, there is some loosely edited footage that offers an interesting behind the scenes look at the making of the film. 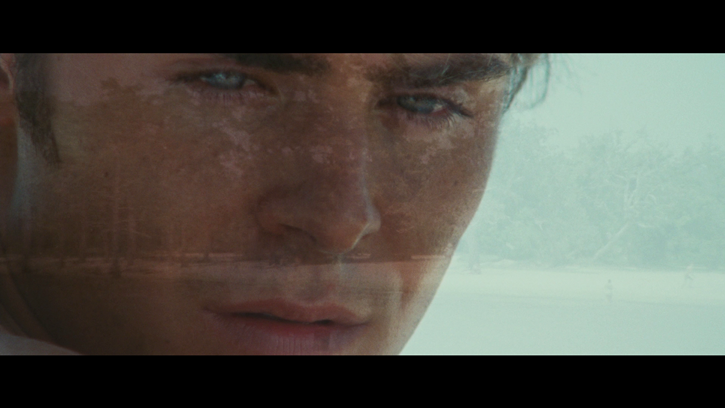 The Paperboy isn't high-art. It's not an altogether great film. Yet it's an entertaining thriller that is suspenseful and intriguing and it is highlighted by several great performances (including yet another great performance by Nicole Kidman and a surprising turn from rising star Zac Efron).  This may not be on the same level as Lee Daniel's Precious but it's a good effort from the director and it continues to display a level of promise of great things to come from an immensely talented artist.