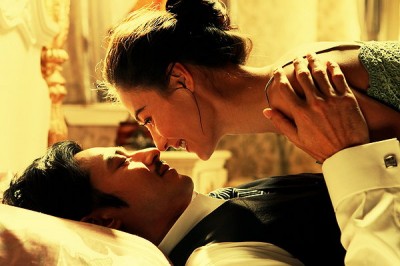 Choderlos de Laclos first published the novel Les liaisons dangereurses, a story of sexual intrigue and the wicked games of the French upper classes, in 1782. It has been adapted to stage, television, and cinema multiple times, perhaps most famously as the 1988 Stephen Frears film, Dangerous Liaisons, which used Christopher Hampton's stageplay as its starting point. It was a pretty great film. My friends and I were obsessed with it back in high school. The recent Chinese/Korean co-production of a film version of the same name doesn't hold a candle to the Frears staging, but if you liked that one, then this new Dangerous Liaisons adaptation should pique your interest.

Director Hur Jin-Ho and writer Yan Geling (The Flowers of War) have set their Dangerous Liaisons in Shanghai in 1931. The scoundrel Zie Yifan (Jang Dong-Gun, The Warrior's Way) is a nightclub owner infamous for his many sexual conquests. He is friends and allies with Miss Mo (Cecilia Cheung, The Promise), a widowed businesswoman with her own storied past. Miss Mo is the one woman that Yifan has failed to bed, and when common concerns intersect to put the two in a position to help one another, he proposes a bet. His distant cousin, Du Fenyu (Zhang Ziyi, House of Flying Daggers, Memoirs of a Geisha), is a celebrated humanitarian, praised for her kindness and virtue. Yifan boasts that he can undo her purity; if he can't, he will surrender a valuable piece of property to Mo, and if he succeeds, she will surrender herself.

Meanwhile, Mo has set her sights on Beibei (Candy Wang), the 16-year-old girl who stole Mo's intended fiancé. She wants Yifan to seduce Beibei, as well. (None too subtle naming there; when said out loud, it's intended closeness to "Baby" is obvious.) If the girl is not a virgin on her wedding day, the man who jilted Mo will be denied his prize. Naturally, as these plots develop further, emotions will be bruised and complications will accrue. And Yifan will experience unexpected feelings while Mo shows her true colors. 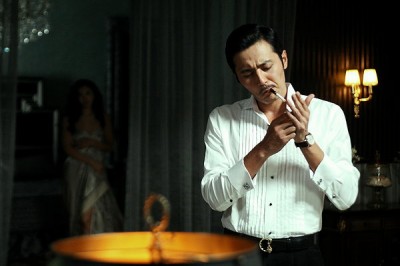 The story should sound more than familiar. Hur Jin-Ho doesn't stray too far from the established narrative, only slightly altering some of the circumstances and tweaking how a few of the characters end up. While this will please purists, what keeps this Dangerous Liaisons from being a better film is that it doesn't show much personal vision. Nor are we treated to the poetry of Hampton's scripting (though, that may be a fault of the translation; perhaps the dialogue comes off differently in Mandarin). Even moving the setting from 18th-century France to 20th-century China isn't all that original. Roger Vadim was the first filmmaker to adapt de Laclos, making Les liaisons dangereurses 1959 as a tale of contemporary France. In 2003, Korean director E J-Yong kept the same timeframe as the original novel, but moved it to Korea for his excellent Untold Scandal.

Hur Jin-Ho's Dangerous Liaisons is fine as is, even if it's lacking heat. The cast is mostly very good, though even they aren't really pushed outside of familiar comfort zones. Cecilia Cheung is alluring as the scheming temptress, and Zhang Ziyi gives a careful performance, avoiding making Fenyu's virtuousness cartoony. Jang Dong-Gun is also quite handsome, but he seems far from dangerous. To be a true ladykiller requires at least a hint of menace, but the actor mostly plays it safe.

The true star of the movie is the period backdrop. The production team rebuilds historical Shanghai with elaborate sets and CGI, and it looks marvelous. The fancy houses and vintage cars and beautiful costumes are all wonderful to look at, photographed with loving care by Kim Byung-seo. His camera moves gracefully through all the settings, highlighting the amazing detail and craftsmanship applied to every nook and cranny. Dangerous Liaisons is anything if not gorgeous. Of course, the disparity of the film's beauty serves to expose how superficial the rendering. Though the subtext is supposed to be that these are pretty people being outed morally shallow opportunists, frontloading that shallowness to such a degree kind of misses the mark. 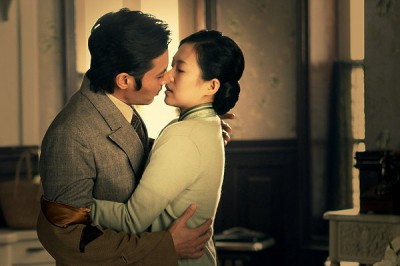 Video:
The widescreen 1080p transfer on Dangerous Liaisons is a real stunner--so that thing I mentioned about the sets and the photography being the best part of the movie is given a real boost by the HD presentation. Colors are vibrant and detail is strong, with no evidence of ghosting, pixilation, or any DNR. There is a sense of texture to all the objects on the screen, and the dark shadows are just as lovely as the bright spots.

Sound:
A 5.1 sound mix in DTS-HD Master Audio does a really nice job of creating a believable atmosphere with the original Chinese-language soundtrack. Rear speaker effects are used sparingly, but smartly, and the overall volume level is excellent, giving proper emphasis to Cho Sung-woo's dramatic score.

The optional English subtitles have a few problems. There is a lot of clunky syntax and also poor grammar, with tenses occasionally being mixed up. Luckily, none of it is so bad that it obscures meaning.

There are also Chinese subtitles.

Extras:
There are two featurettes, a 16-minute "Making Of" and a three-part, 5-minute "Behind the Scenes". The former is a standard on-set promo, while the latter gives facetime to all three main actors.

FINAL THOUGHTS:
Recommended. This Chinese appropriation of Dangerous Liaisons is a noble effort. It might even be seen as a really great one if there weren't already better examples of how to adapt the classic French novel to cinema. Though the story of seduction and manipulation is virtually the same, the French upper classes of the 18th Century have been replaced by wealthy Chinese businesspeople in 1930s Shanghai. A uniformly solid cast does its best to find some passion here, but the script maybe adheres too closely to the familiar narrative. This leaves the art department to do most of the heavy lifting, and as it turns out, they are extremely muscular and can lift a lot. Though this Dangerous Liaisons is not the best adaptation of the material, it is one of the prettiest. 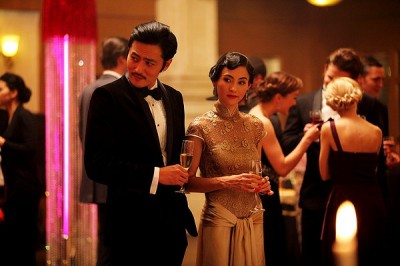