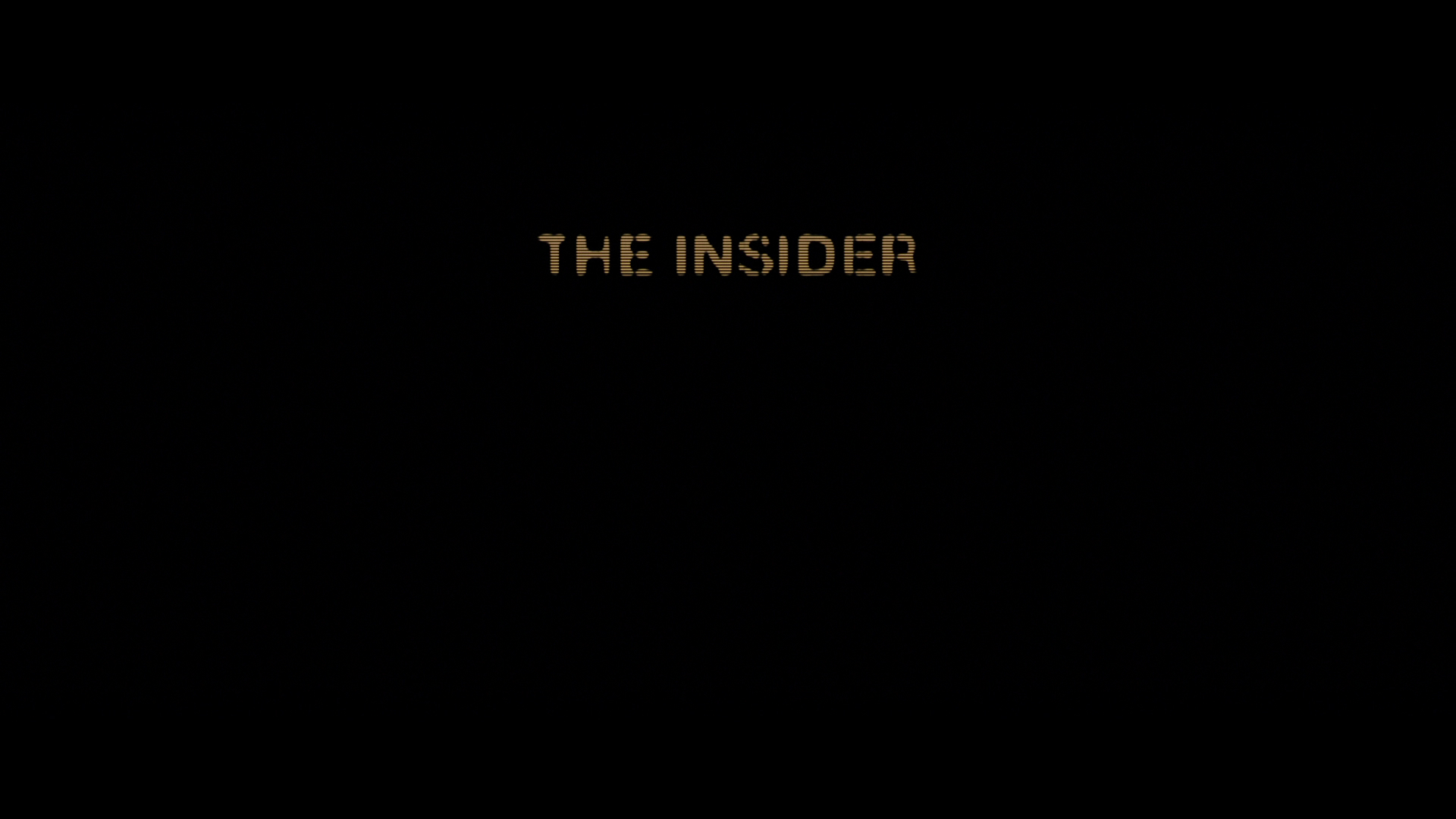 A group of Big Tobacco executives known colloquially as the "Seven Dwarves" testified before Congress in 1994 that nicotine is not addictive. Soon after, former Brown & Williamson tobacco company scientist Jeffrey Wigand told 60 Minutes that not only did the tobacco chiefs know nicotine was addictive but that the company intentionally increased the nicotine content in cigarettes to raise profits. Director Michael Mann brings this drama to the screen in tense, tightly crafted The Insider, which soars on the performances of Russell Crowe and Al Pacino. The Insider is an excellent drama without the distractions of Mann's recent visual and dramatic ticks, and nurtures suspense with a smart script and solid performances from the extensive supporting cast.

Wigand (Crowe) signs an extensive confidentiality agreement with Brown & Williamson to retain his severance and benefits, but is approached by 60 Minutes producer Lowell Bergman (Pacino) about interpreting some damning Philip Morris documents. When Wigand reveals that the Seven Dwarves perjured themselves in the congressional hearing, Bergman begins cultivating a hard-hitting segment about the duplicitous tobacco heads and the dangers of cigarettes. Wigand's relationship with Bergman attracts unwanted attention, and his former employer turns up the heat to ensure his silence. Things begin to fall apart at home, and Bergman's wife questions his decision to blow the whistle on Big Tobacco. 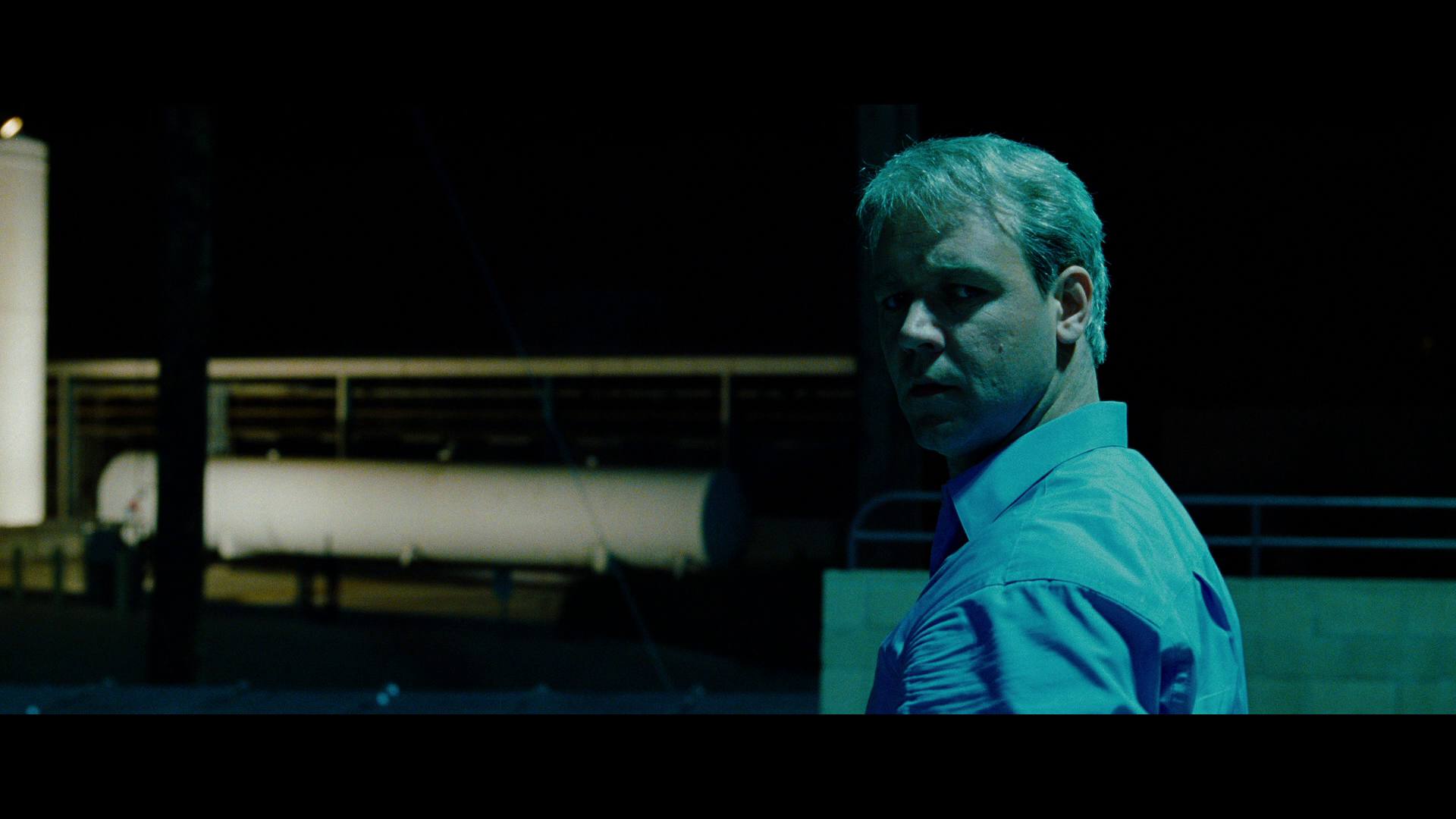 Working for a script by Eric Roth, Mann crafts a tense, intelligent thriller without overt violence or extended action sequences. It becomes clear to Wigand that Brown & Williamson will not allow him to reveal the skeletons in its closet, and threats on Wigand shift from economic duress to physical harm. The film paints Big Tobacco as a ruthless steamroller, represented by nefarious desk jockeys like Brown & Williamson CEO Thomas Sandefur (Michael Gambon), who assures Wigand that towing the line is in his best interest. Head 60 Minutes anchor Mike Wallace (Christopher Plummer) gets behind the story, but CBS network execs begin pressuring Bergman to abandon the segment when news of an impending CBS/Westinghouse merger breaks.

Mann is a skilled director of thoughtful drama, though his recent works like Miami Vice and Public Enemies met with mixed opinions on their loose narratives and digital photography. The Insider is classic Mann, and recalls the sweeping cinematic beauty of Heat and The Last of the Mohicans, though The Insider is more intimate in scale. Mann and Roth work for an intelligent audience, and The Insider goes inside the studios, back alleys and telephone conversations where news breaks. Bergman suggests Wigand align with Mississippi's Attorney General and his legal team, who are suing Big Tobacco to reimburse the state for Medicaid expenses related to smoking. That way, Wigand's testimony would be in a court record and his confidentiality agreement would be moot. 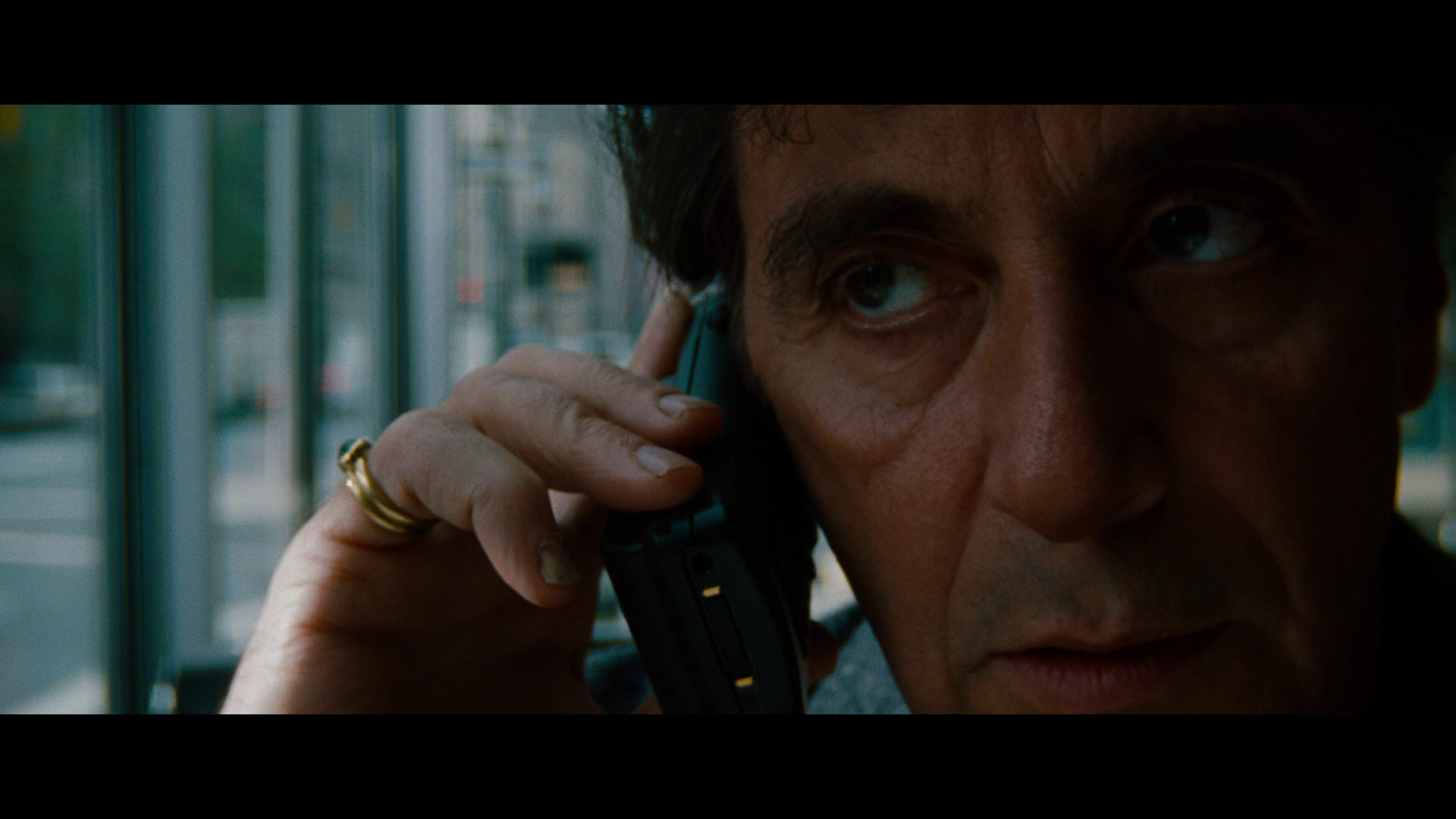 Even at 157 minutes, The Insider retains a brisk pace, racing through plenty of tense drama for Wigand and his family. Mann fills the ranks with great character actors, including Debi Mazar as Bergman's assistant; Renee Olstead as Deborah Wigand; and Gina Gershon as a saucy CBS leader. The Insider allows the process - both journalistic and political - to shine, and through its concentration on procedure, becomes a compelling thriller. The Insider earned its numerous critical awards and nominations, but kind of slid under the public's radar when compared to Mann's better-known works. Crowe and Pacino, who backs down from his late-career overacting, are both excellent, and Mann creates a biting, true-life drama.

Touchstone has been slow to release catalog titles on Blu-ray, and hasn't exactly been consistent with the ones it has. For every Dick Tracy and Dead Poets Society, there's been a high-def travesty like their awful treatment of The Color of Money, which looks like upconverted standard definition garbage. Perhaps they've turned the corner, because The Insider looks fantastic in its high-definition debut! The 2.40:1/1080p/AVC-encoded transfer sparkles, and the 14-year-old film looks like it was released in theaters yesterday. The transfer retains beautiful film-like fluidity, and any obtrusive digital manipulations are completely absent. Grain texture is excellent, and edges are crisp and largely without halos. Detail is generous; close-ups reveal the beginnings of a beard, sweat, and make-up, and wide shots are deep and clear. Colors are perfectly saturated, skin tones are natural, and colors do not bleed. The cool blues and greys of the film's color scheme are presented as cinematographer Dante Spinotti prescribed, and banding and compression artifacts are not a problem. The Insider looks very, very good on Blu-ray.

The 5.1 DTS-HD Master Audio soundtrack is equally impressive, and the mix is surprisingly active. Mann places the viewer amid the chatter of a newsroom, the hushed whispers of a courtroom, and the paranoia-filled hallways of a dark house. Dialogue is crisp and clean, whether from the center channel or directional dialogue via the surround speakers. Ambient and the limited action effects make use of the entire sound field, and the LFE is frequently active. Clarity and range are excellent, and all elements are balanced appropriately. French and Portuguese 5.1 Dolby Digital tracks and a Spanish 2.0 Dolby Digital track are also available, as are English SDH, French, Spanish and Portuguese subtitles.

This single-disc release is packed in an Elite Blu-ray case. The only letdown here is the extras, which are ported over from the previous DVD. All you get are a brief Production Featurette (7:05/SD) and the film's Original Theatrical Trailer (2:33/SD). 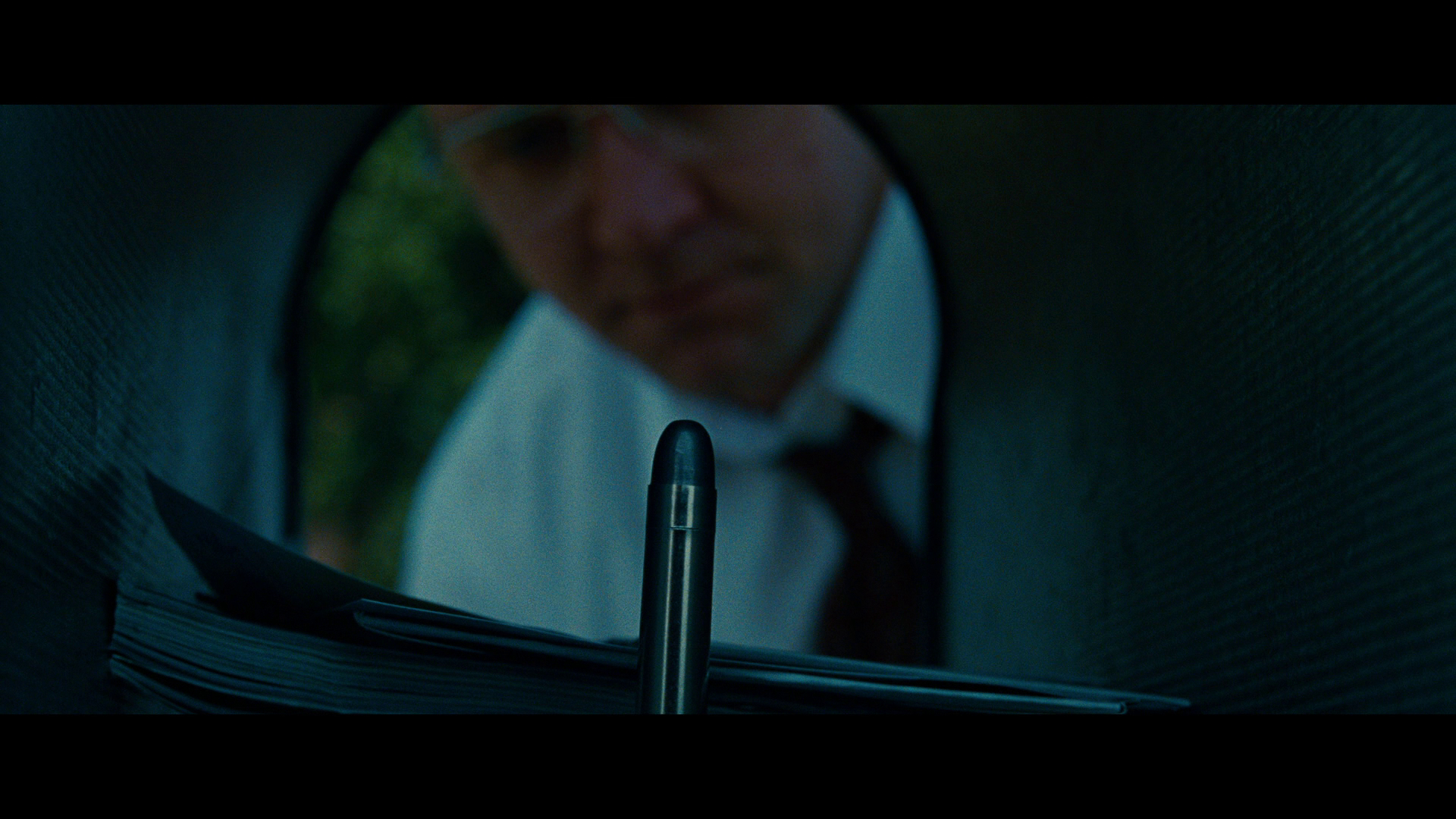 Director Michael Mann's The Insider is a tense, tightly crafted drama about Tobacco whistleblower Jeffrey Wigand and 60 Minutes producer Lowell Bergman's work to expose the deception of Big Tobacco. Shot without the visual and dramatic ticks of Mann's more recent films, The Insider unspools to an intelligent audience and infiltrates the newsrooms, back alleys and courtrooms where conflict simmers. The cast, led by Russell Crowe and Al Pacino, is uniformly excellent, and Mann's direction is confident and articulate. Touchstone's Blu-ray looks and sounds great, and the package is Highly Recommended. 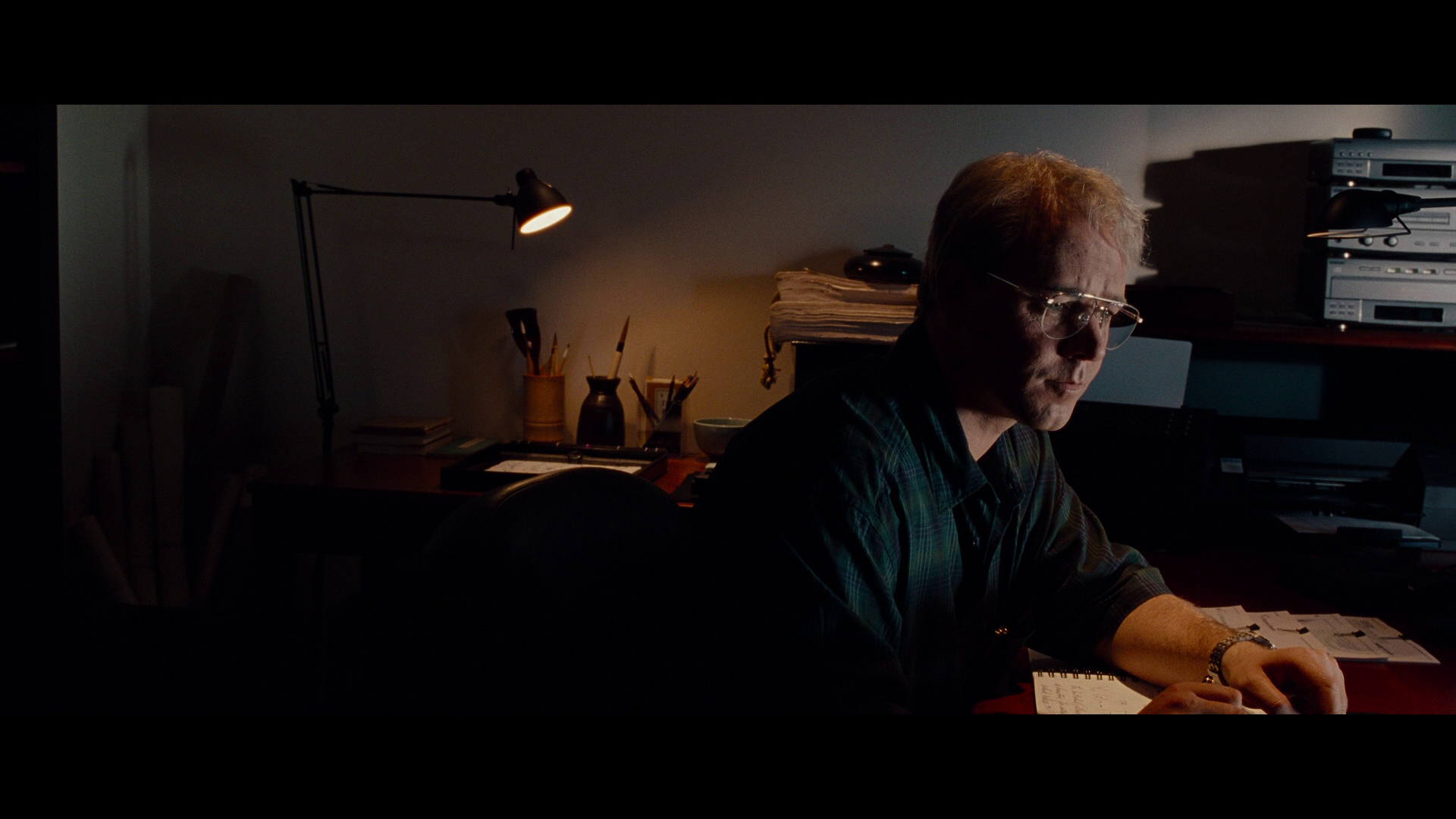 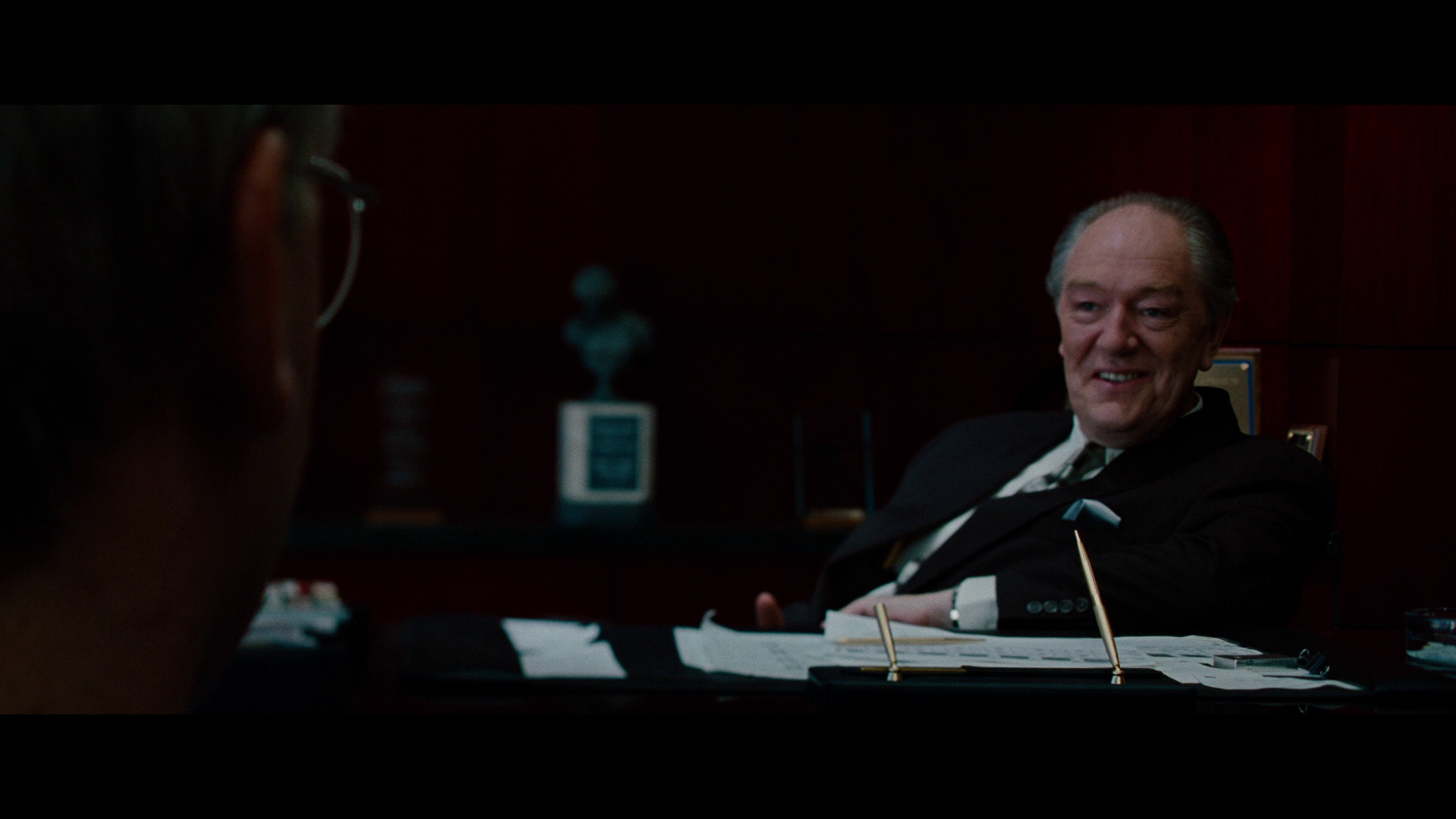 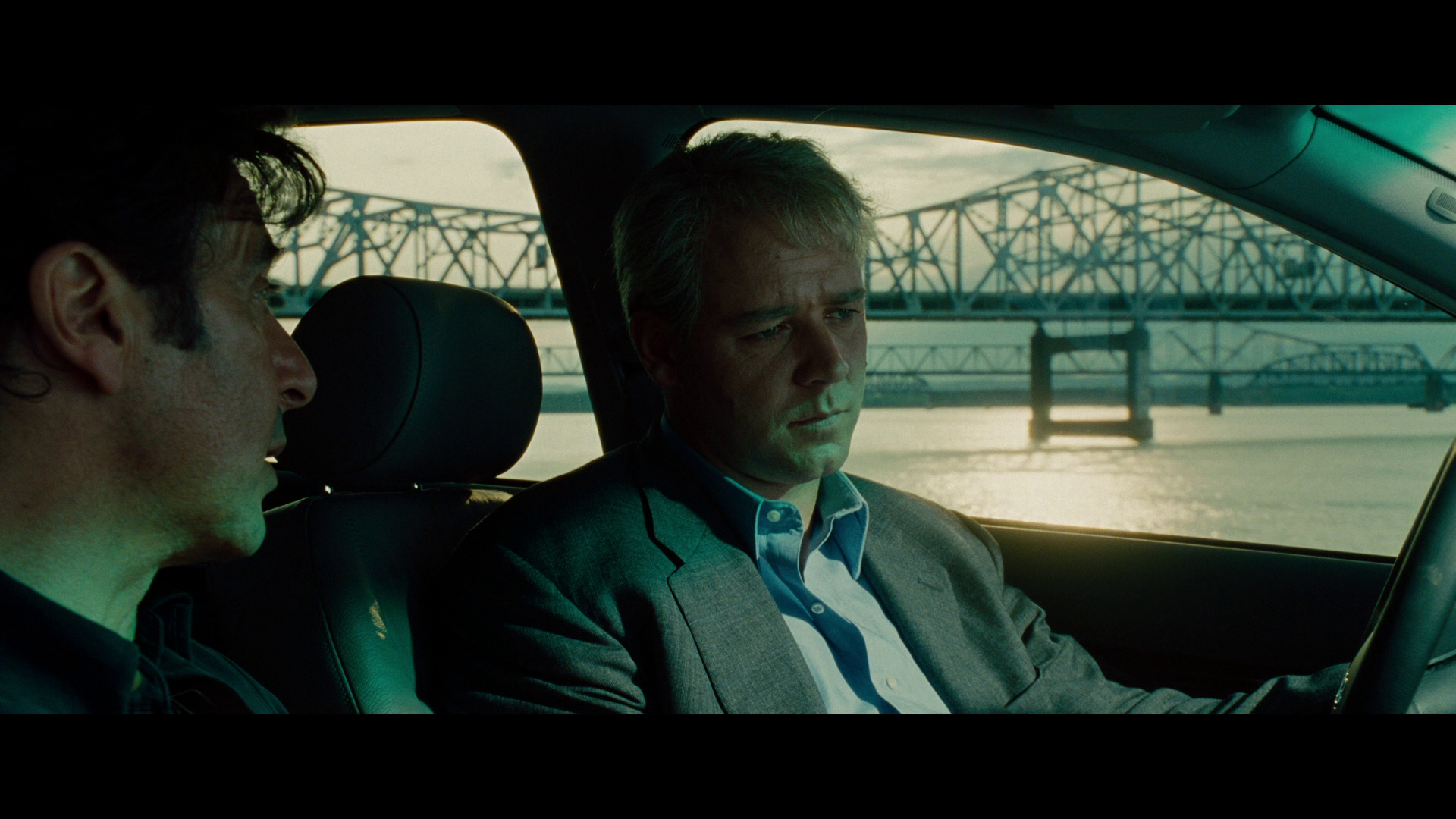 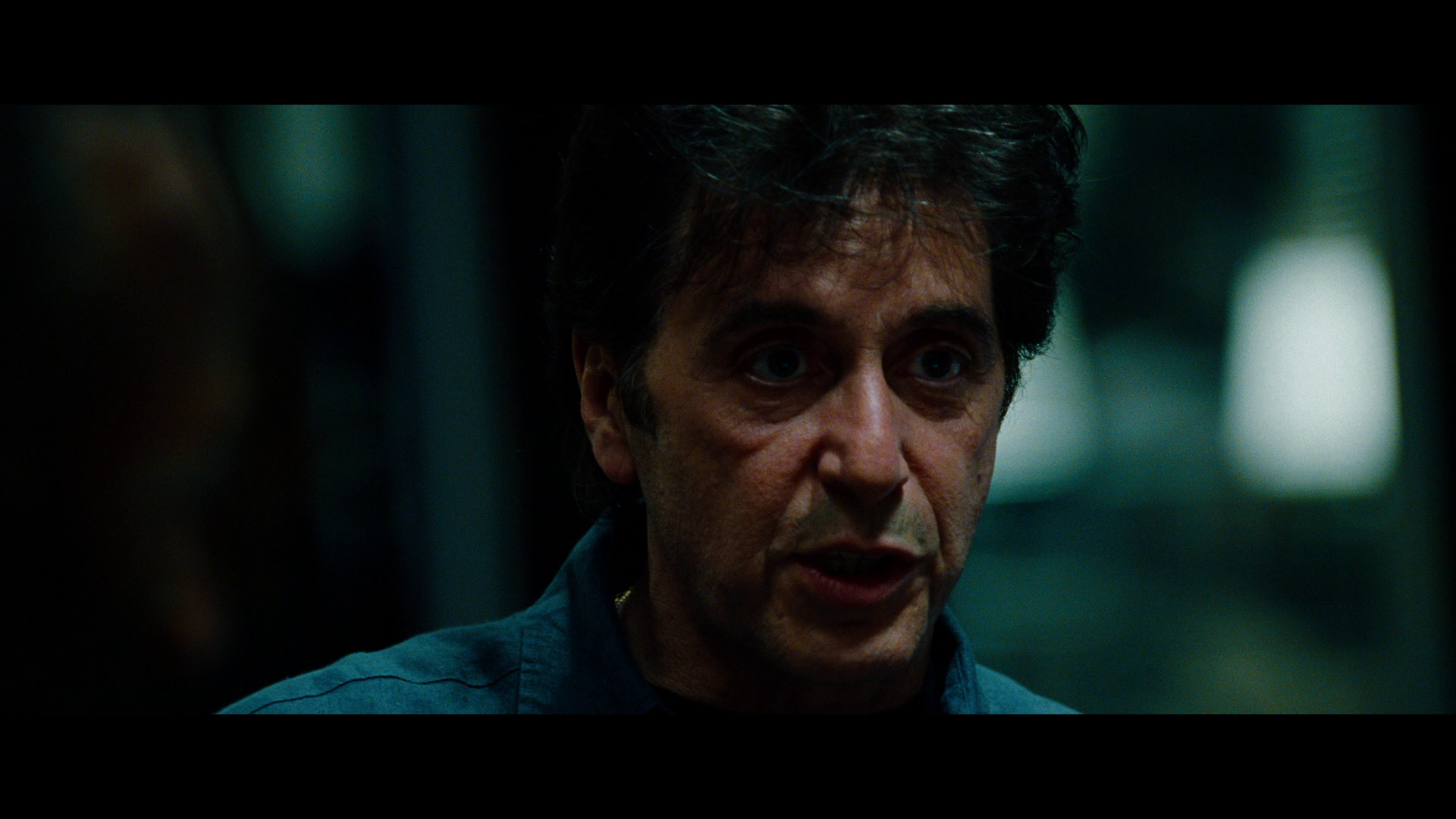 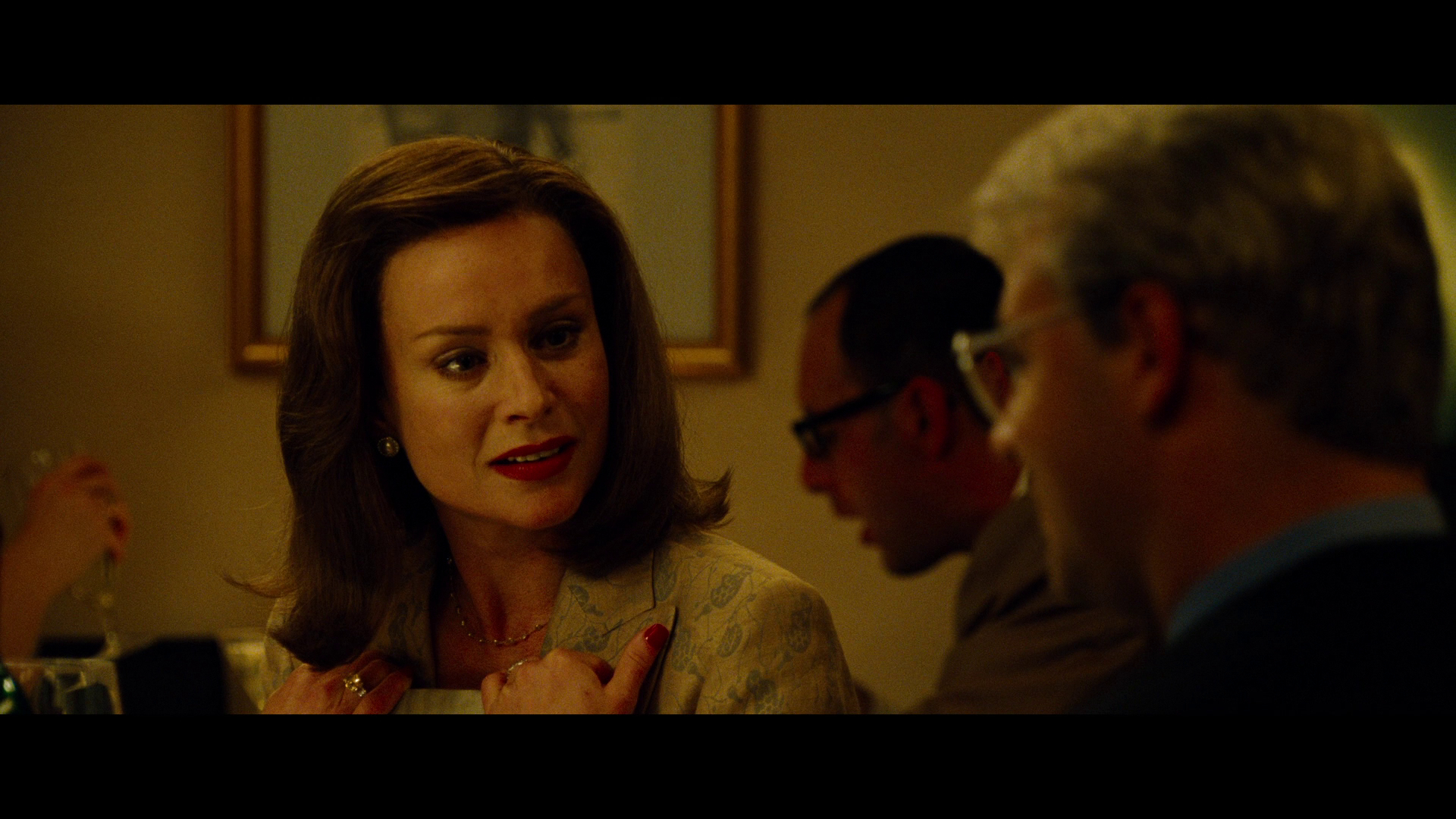 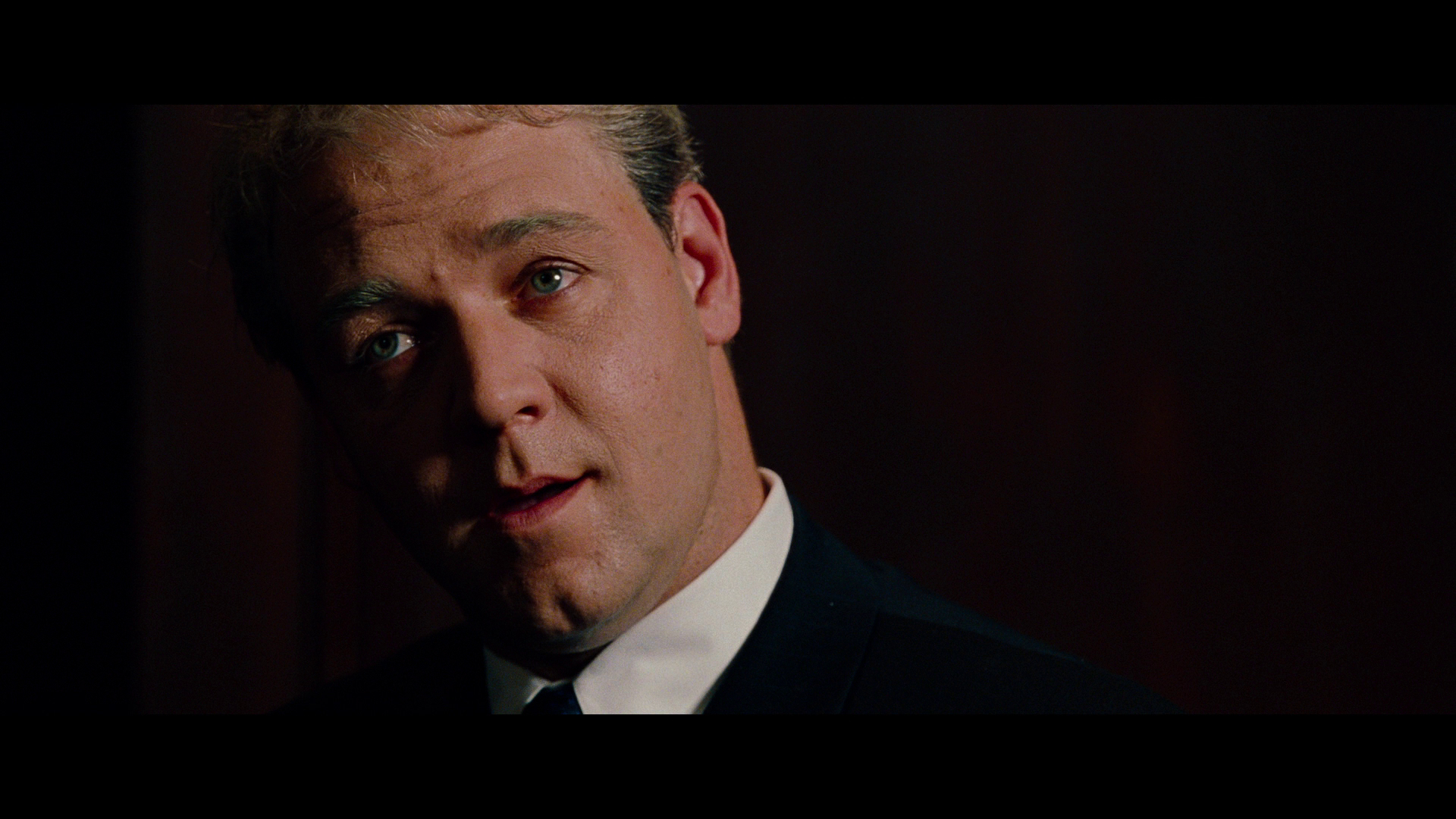 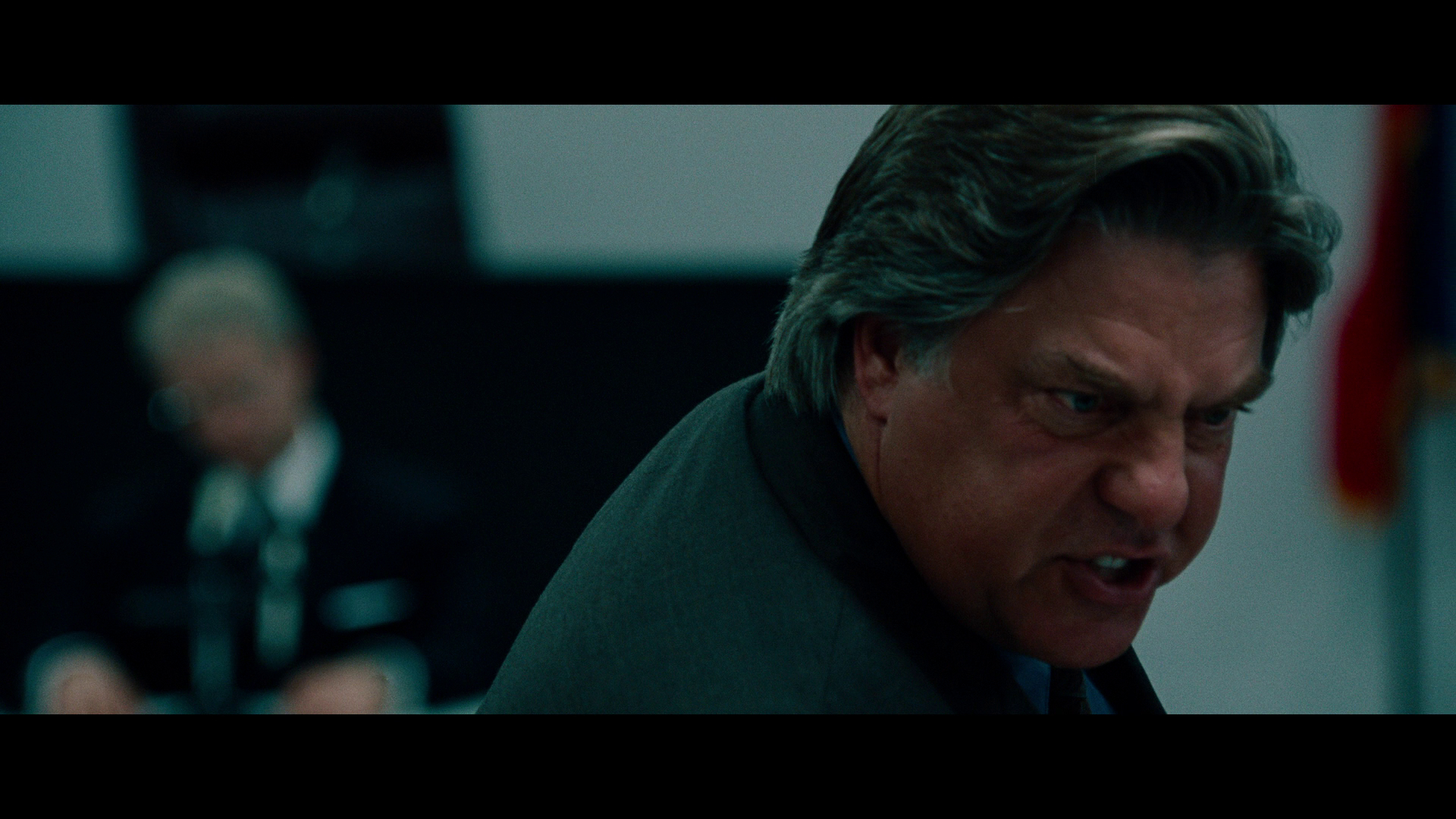 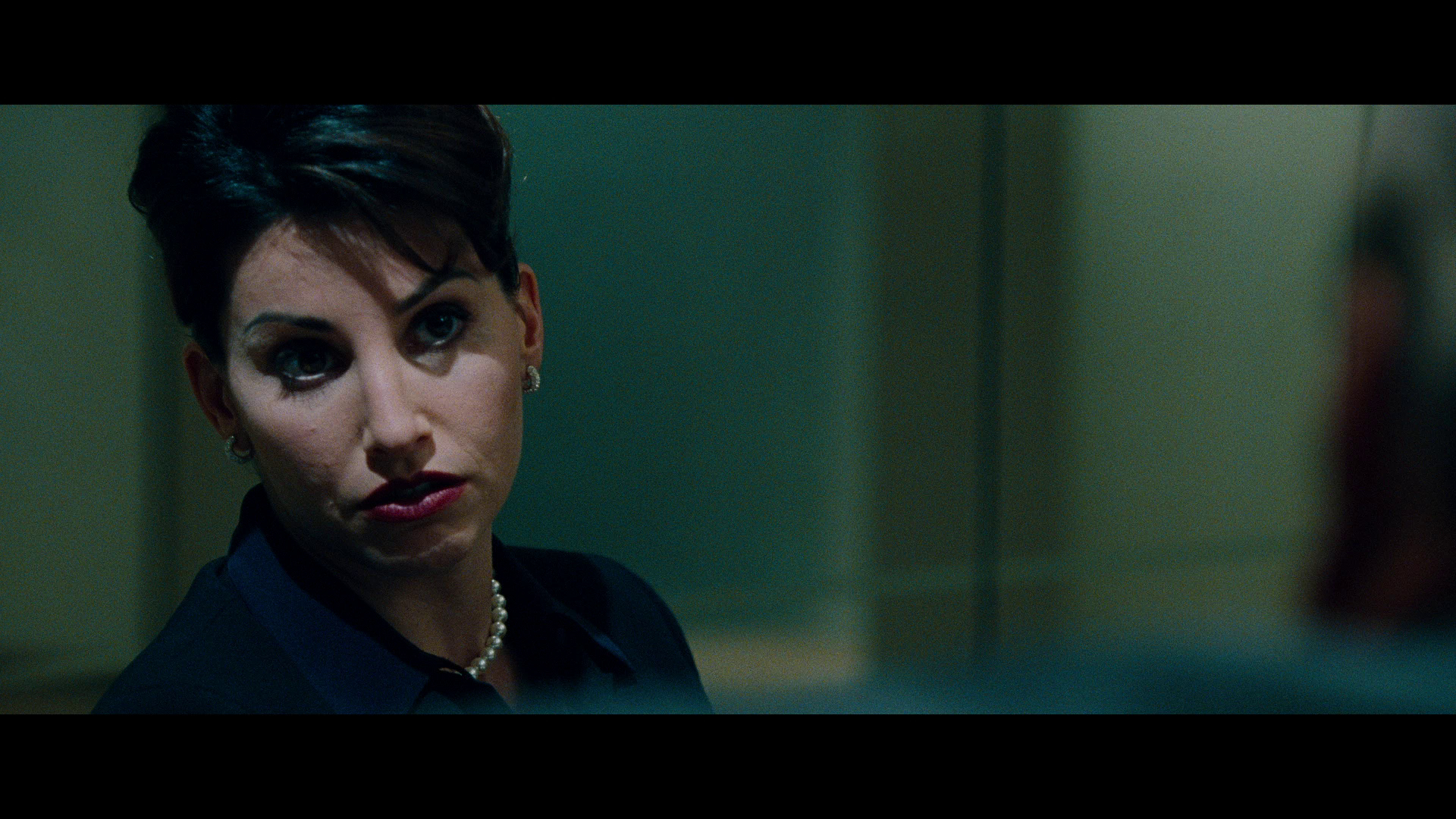 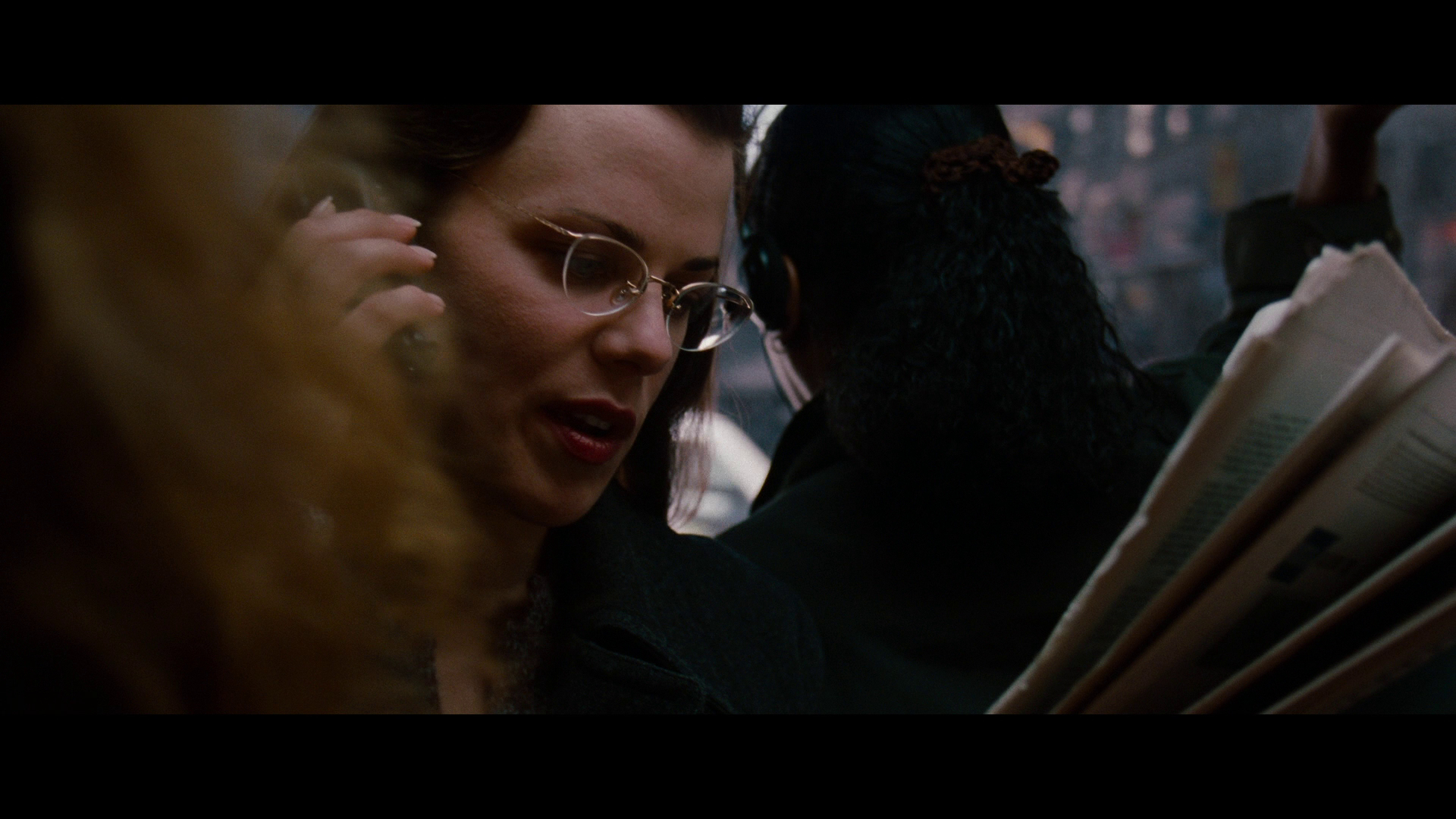