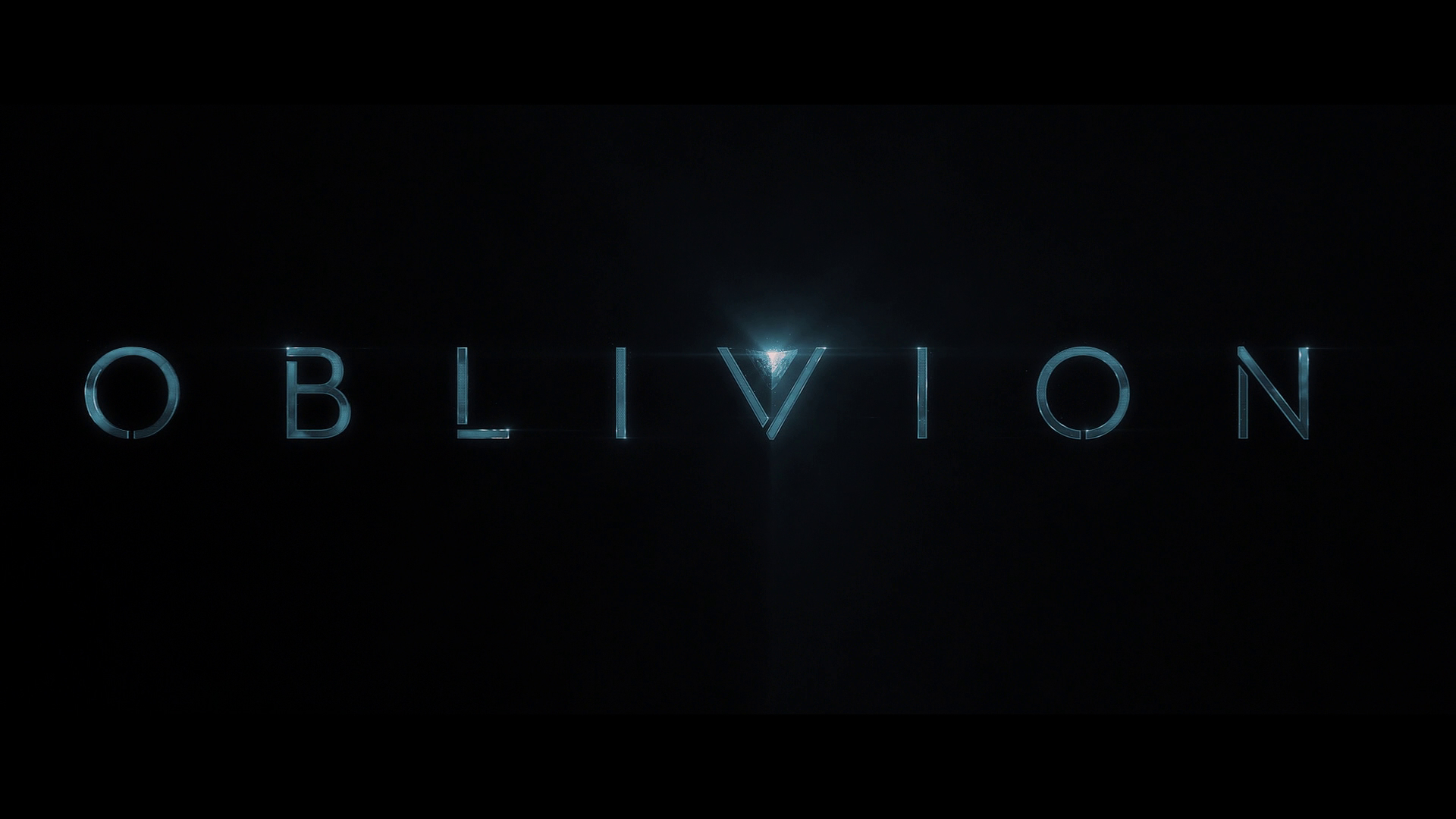 The ruined landscape of 2077 Earth is hauntingly beautiful in Oblivion, a tribute to science fiction films from the era of 2001: A Space Odyssey and Logan's Run. Tom Cruise is the only drone repairman left on the planet and is responsible for maintaining the integrity of the giant fusion power stations turning seawater into energy for the colony on Saturn's moon Titan where the stragglers of a global war sought refuge. Director Joseph Kosinski (TRON: Legacy) purposely set his film in daylight vistas to show that science fiction isn't all smoke and shadows, and Oblivion features some of the best effects blending in recent memory. The film has a few story issues that are mostly overcome by Cruise's excellent performance, which is restrained but energetic, and Oblivion remains an accomplished science fiction film that is both haunting and entertaining.

Sixty years after alien invaders sparked a nuclear war that destroyed the Moon and most of the Earth's geography, Tech 49 (Cruise) remains on the surface with companion Vika (Andrea Riseborough) to service fusion power stations across the wounded landscape. Tech must repair the autonomous drones responsible for guarding the power stations from lingering hostiles, known as "Scavs," while Vika reports directly to Sally (Melissa Leo), a mission commander aboard the massive tetrahedral space station orbiting Earth. The pair expects to leave Earth for Titan in two weeks, but Scavs are increasingly damaging the hardware necessary to support Vika and Tech's mission. 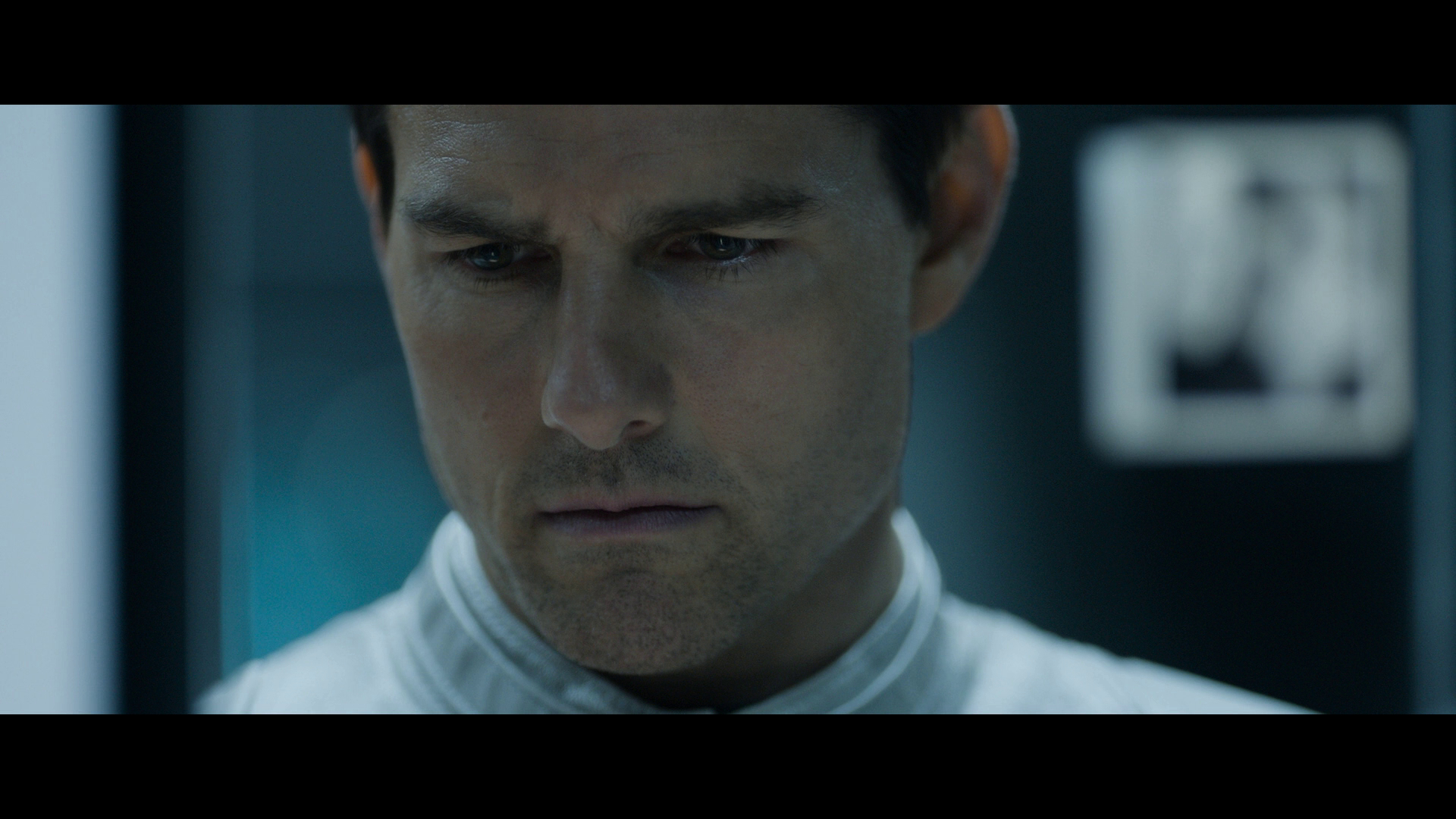 Fans of classic science fiction films may find pieces of Oblivion's narrative familiar, as it expands upon the ideas of many earlier genre films. Even so, Oblivion is more sincere and better crafted than most recent sci-fi efforts thanks to Kosinski's work behind the camera and on the screenplay. Both the director and his star look back fondly on older films but instill in Oblivion its own unique purpose and storytelling goals. Also appearing are Olga Kurylenko as a woman who haunts Tech's dreams and Morgan Freeman as Malcolm Breech, a mysterious man lingering behind the rest of society. Freeman is given top billing with Cruise, but his screen time is minimal compared to Cruise, Riseborough and Kurylenko.

Claudio Miranda's cinematography is excellent, as are the effects by Pixomondo, and the filmmakers used locations in Iceland to create the visually stunning images of post-apocalyptic Earth. As the mystery expands, Oblivion allows Tech to explore new areas, including a largely buried Empire State Building, but Vika remains steadfast in refusing to accompany Tech to the surface. She remains like a bird in its nest atop a large tower where the pair's sleekly designed living quarters is suspended above the ground. Her purpose is largely to anchor Tech to his mission and to reassure Sally that she and Tech are still an "effective team." 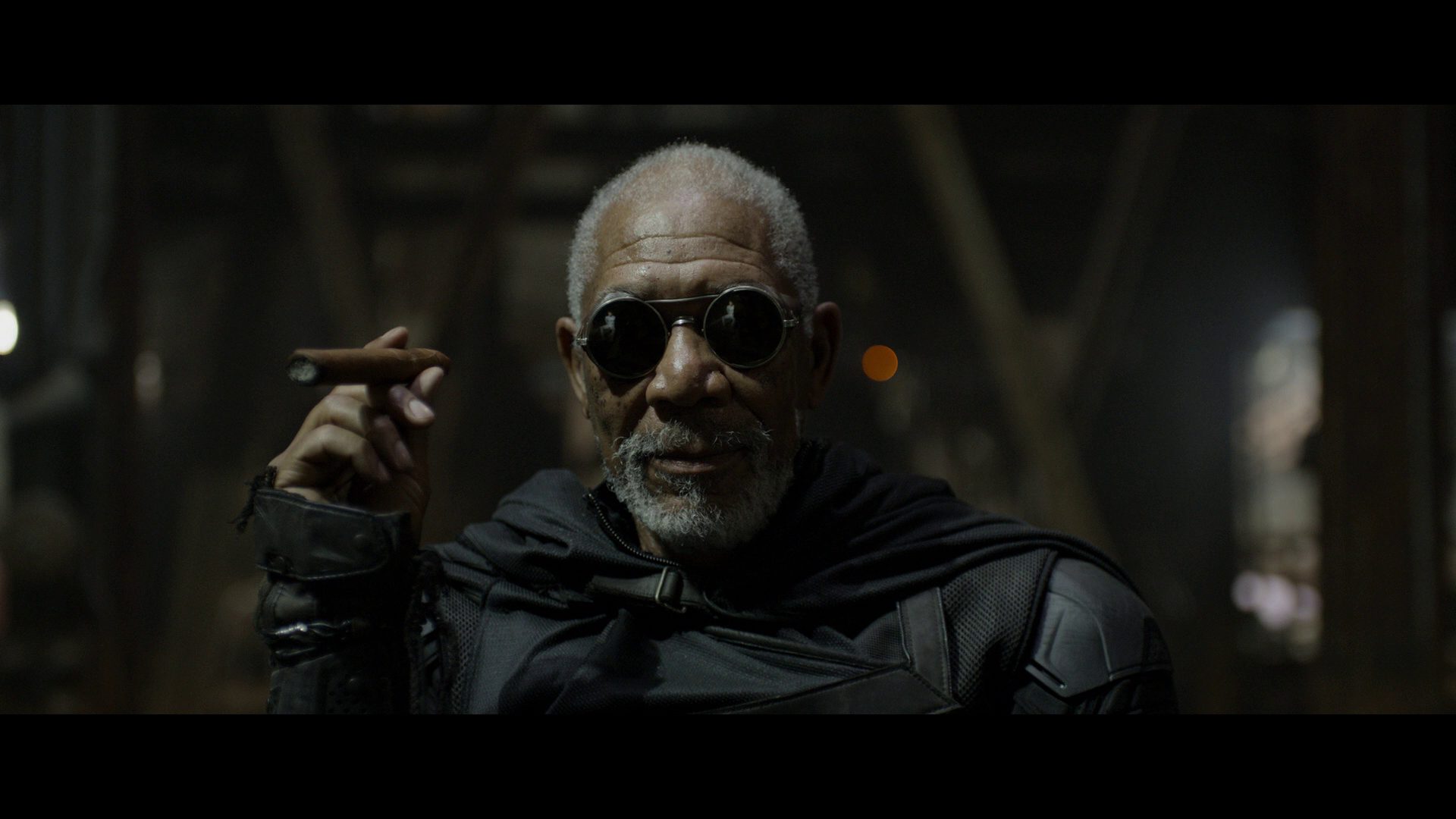 Cruise's character retains the actor's boyish excitement of discovery, and his performance is consistently believable as the film throws numerous hurdles toward Tech. Vika is naive and purposely underdeveloped, and she is outwardly unquestioning of Sally's orders. Only Vika's eyes give away her uncertainty; a powerful tell that she is uncomfortable with how the mission unfolds. What Tech discovers - and how other characters tie in - may not be shocking to science fiction fans, but Oblivion does a nice job maintaining the intrigue during its lengthy beginning act. The pace is measured but never dull, and Oblivion kicks into full sci-fi gear in its final act. The narrative has its share of holes, but the impressive effects, solid performances and effective genre trappings overcome most of Oblivion's flaws. 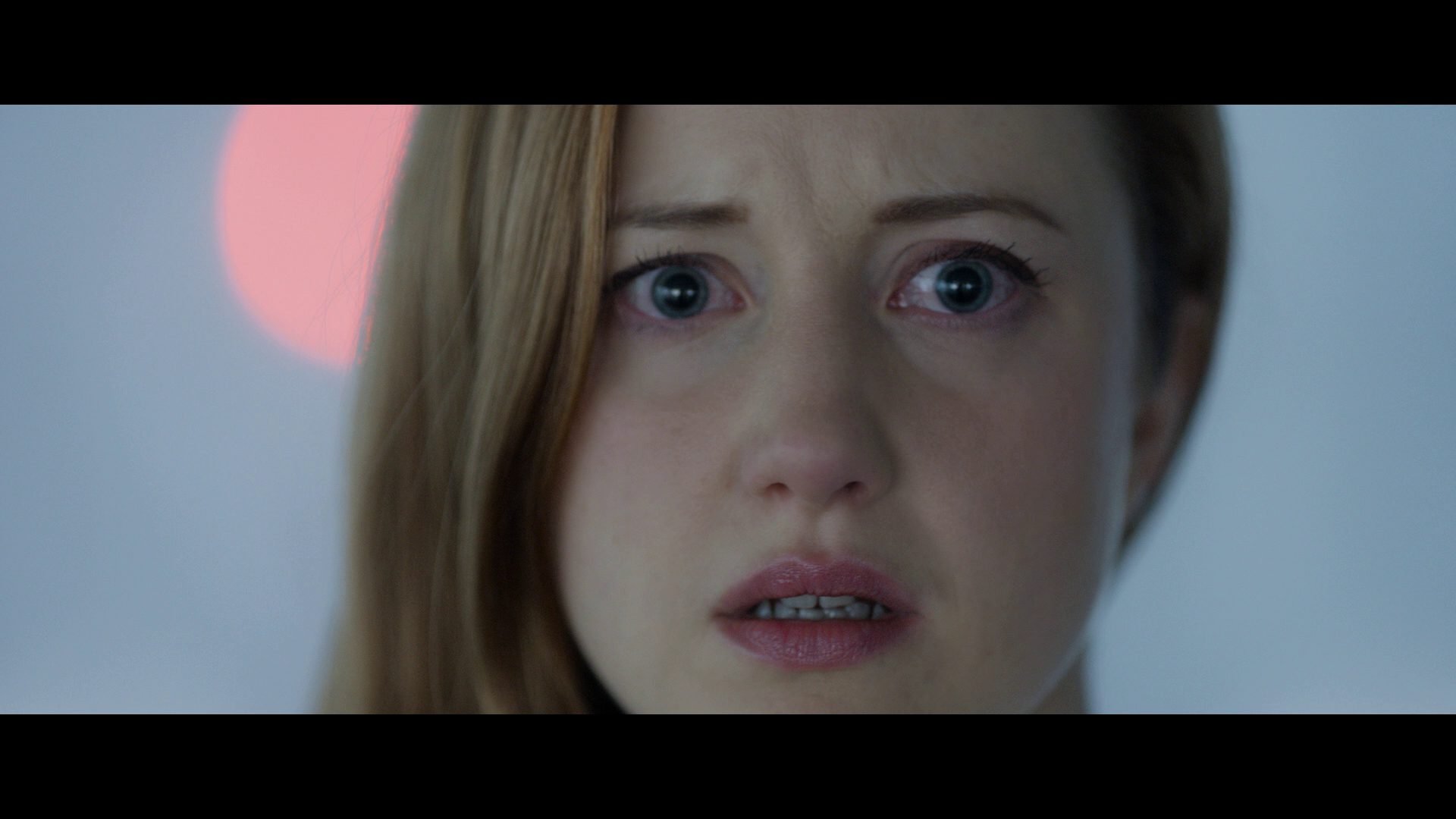 The beautiful visuals are perfectly rendered in this 2.40:1/1080p/AVC-encoded transfer. To say the image is detailed would be an understatement. Throughout the entire running time, the image is crystal clear, amazingly sharp and intricately detailed. Every close up reveals intimate facial features, natural texture and interesting expressions, and wide shots are astoundingly deep. Skin tones are accurate and colors perfectly saturated, whether during high-contrast outdoor scenes or dimmer indoor shots. Black levels are inky and shadow detail is impressive. There are absolutely no issues with aliasing, banding or digital manipulation.

The 7.1 DTS-HD Master Audio soundtrack is equally impressive and exhibits wonderful range and clarity. Quiet, dialogue-heavy scenes are perfectly audible, as are effects-heavy action sequences. Dialogue, whether from the center channel or delivered directionally, is clear and without distortion, and dialogue is balanced appropriately with effects and score. The entire soundscape is used to immerse the viewer in the world of Oblivion, and ambient effects like wind and footsteps patter through the surround speakers. Action effects are powerful and diverse, and the track makes full use of both the surround speakers and subwoofer. The pulsing score by M83 is expansive and expertly mixed to provide an impressive surround experience. An English 2.0 DVS track is available, as are French and Spanish 5.1 DTS tracks. Subtitle options include English SDH, French and Spanish. 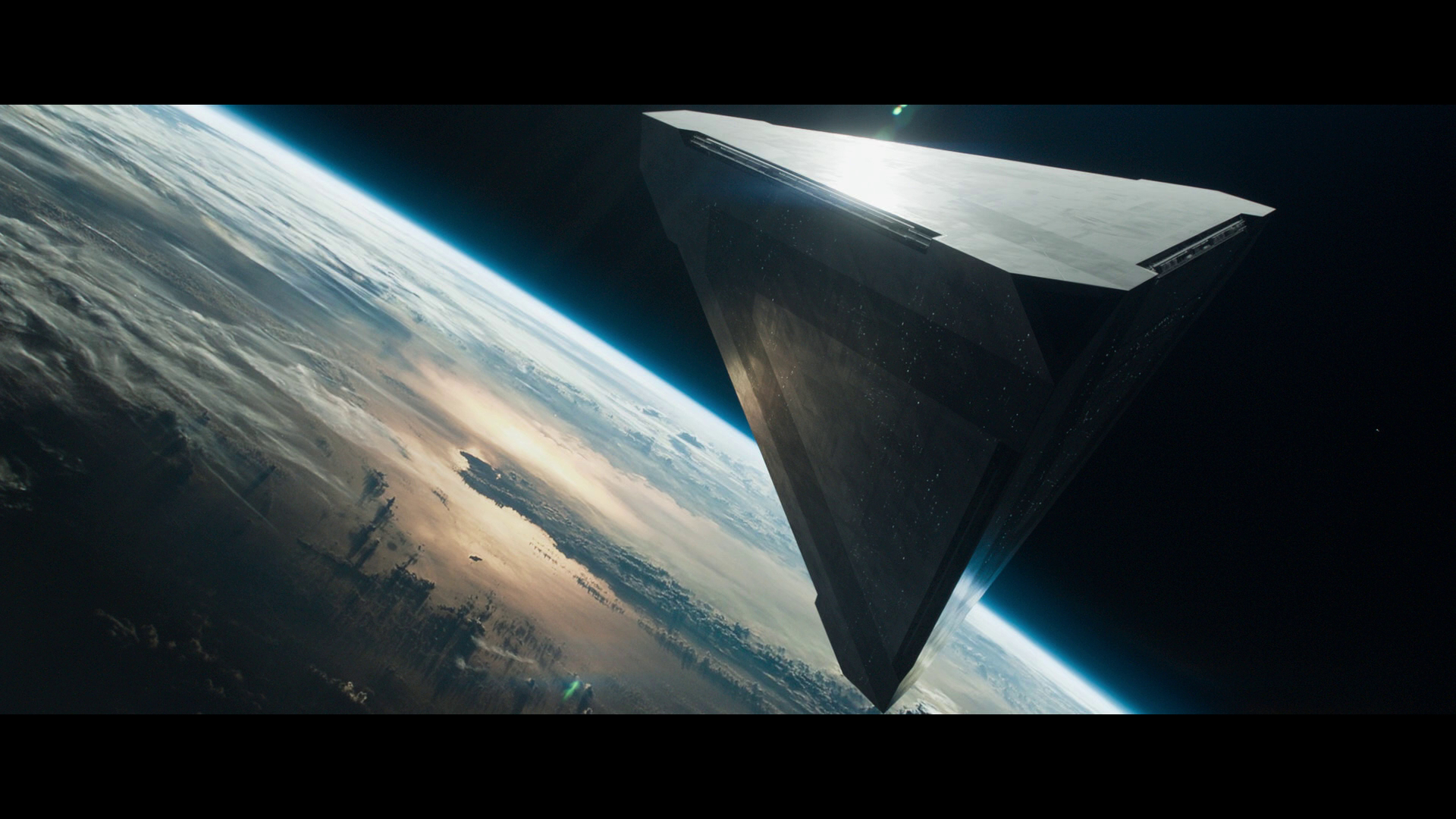 Universal presents Oblivion in its typical Blu-ray "combo pack" format, which includes the Blu-ray, a DVD copy of the film and codes to redeem UltraViolet and iTunes-compatible digital copies. The discs are packed in an Elite Blu-ray case, which is wrapped in a slipcover. A number of worthwhile extras accompany the film:

Science fiction aficionados may find pieces of Oblivion familiar, but Director Joseph Kosinski intentionally created a film that pays tribute to earlier sci-fi classics. Tom Cruise plays Tech 49, a drone repairman left nearly alone on an abandoned Earth, and delivers another impressive performance. The film's visual effects and cinematography are excellent, and any story hiccups are overcome by the intriguing finale and fluid action. Highly Recommended. 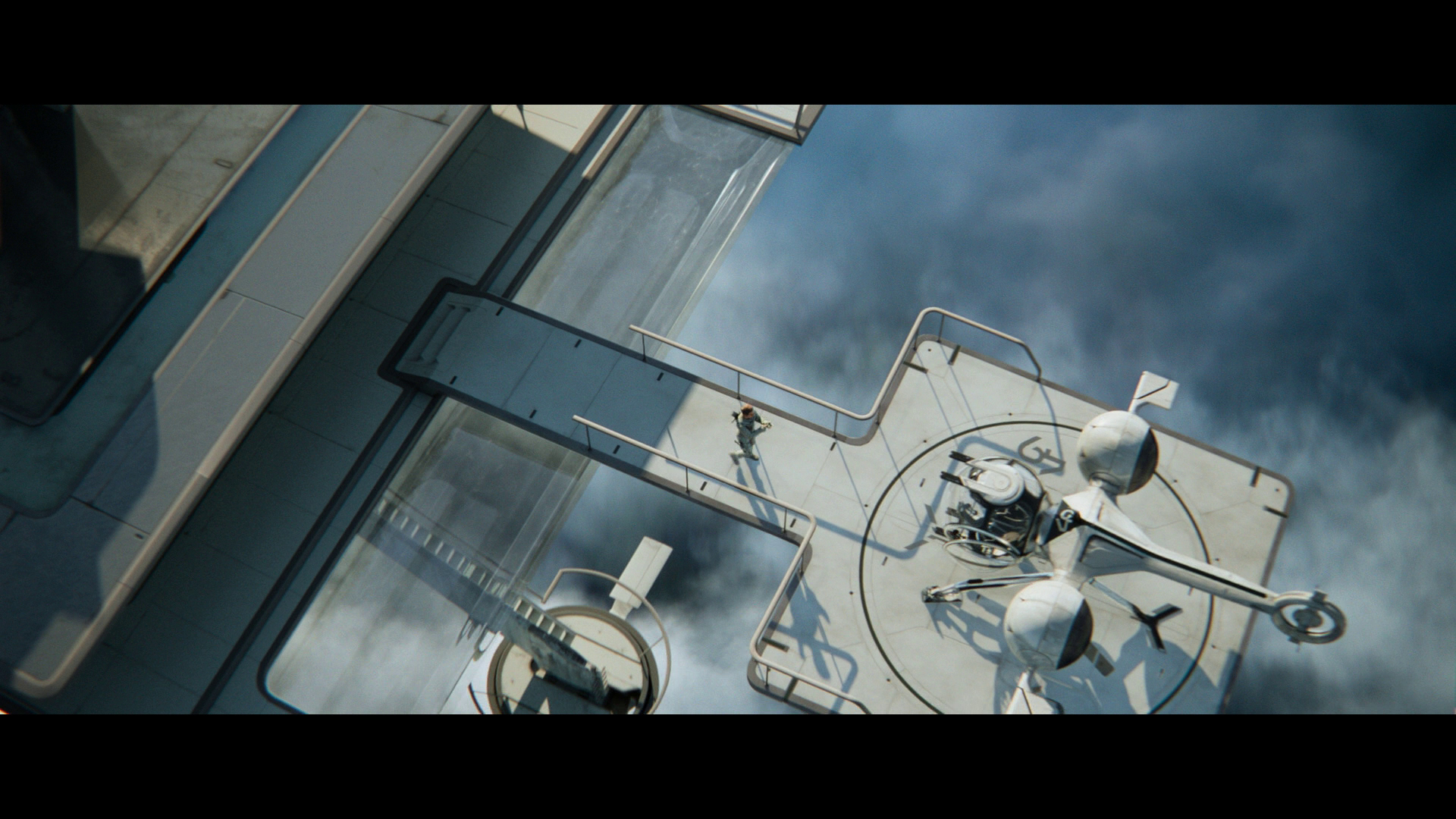 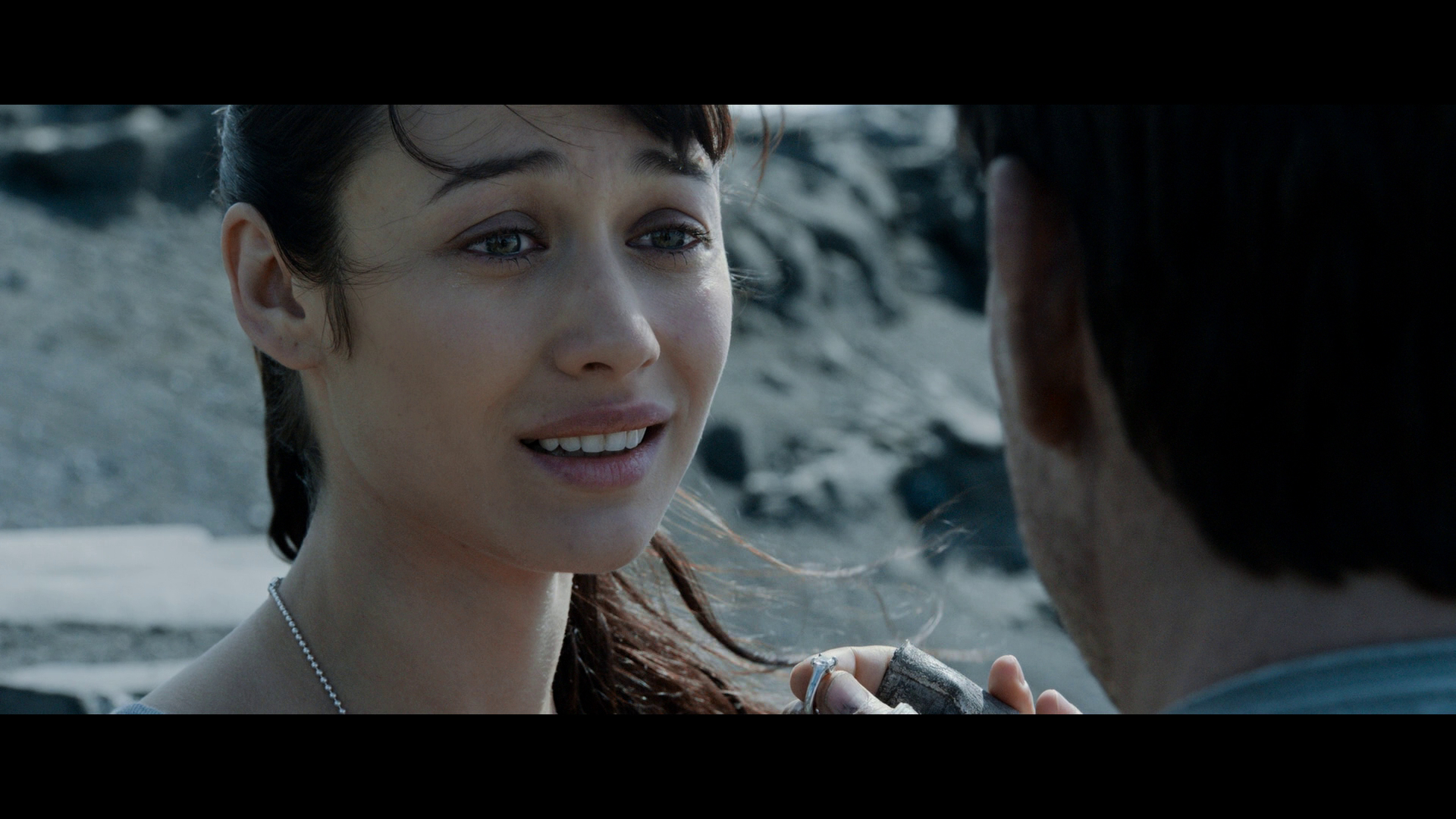 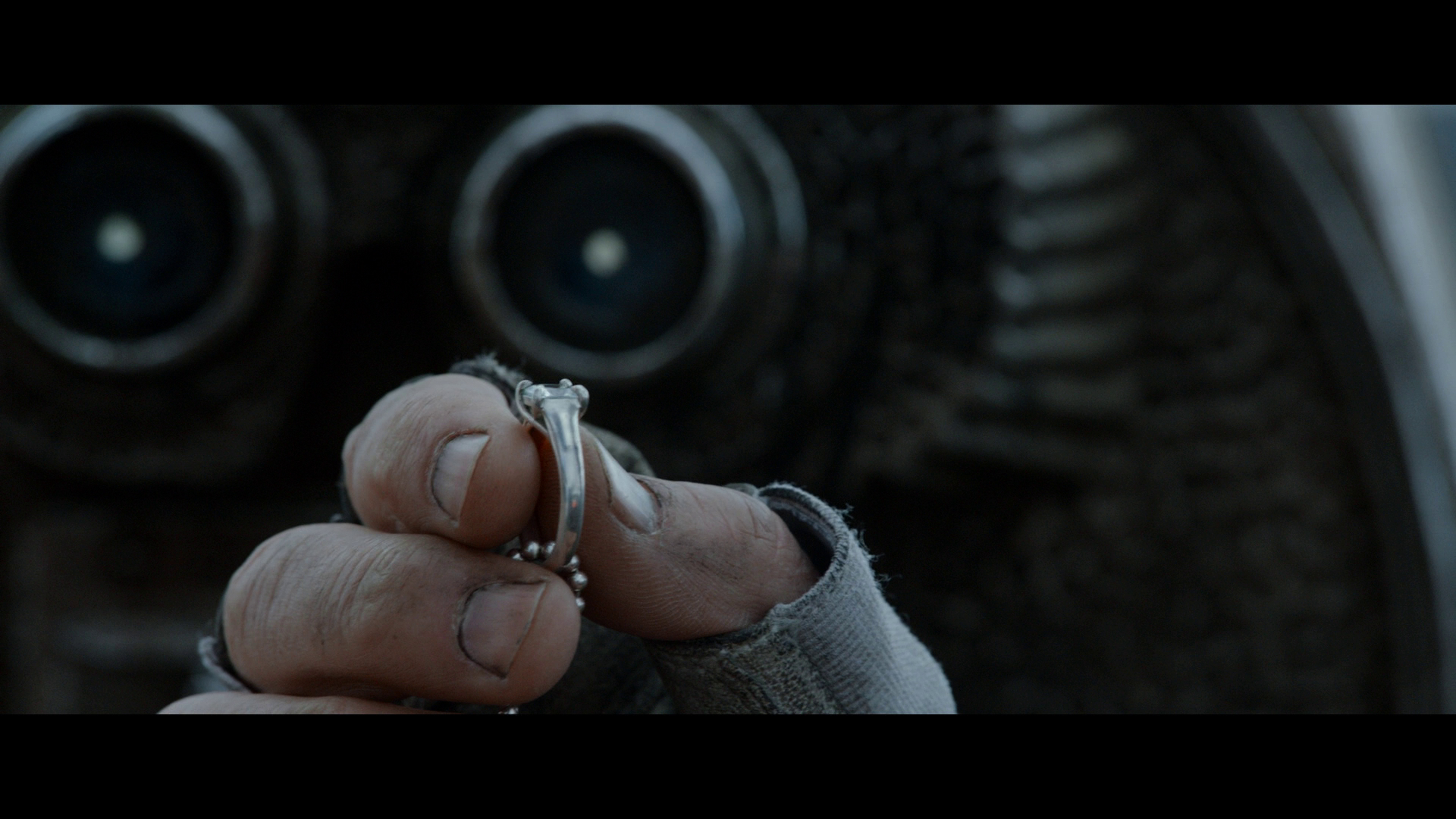 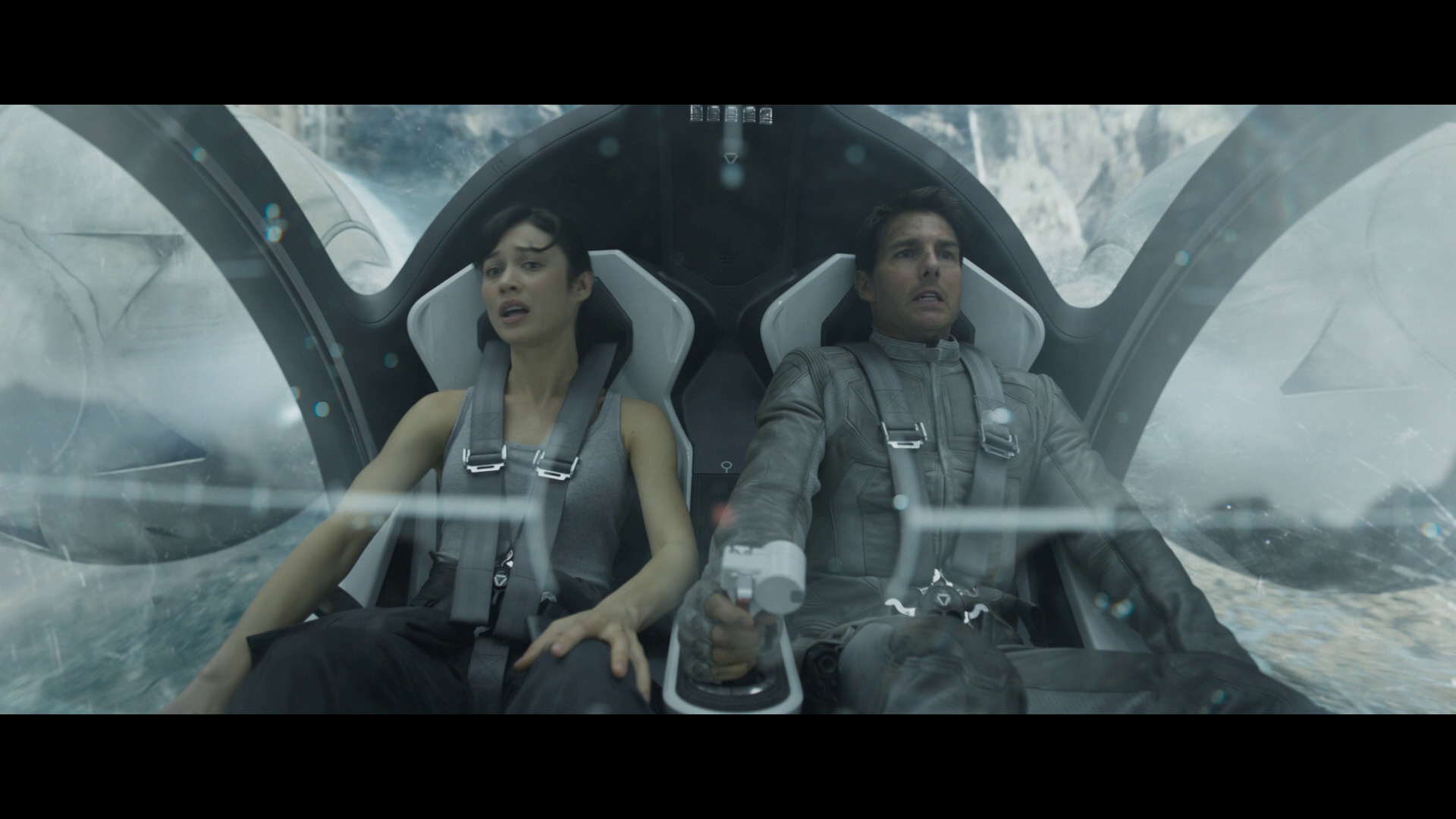 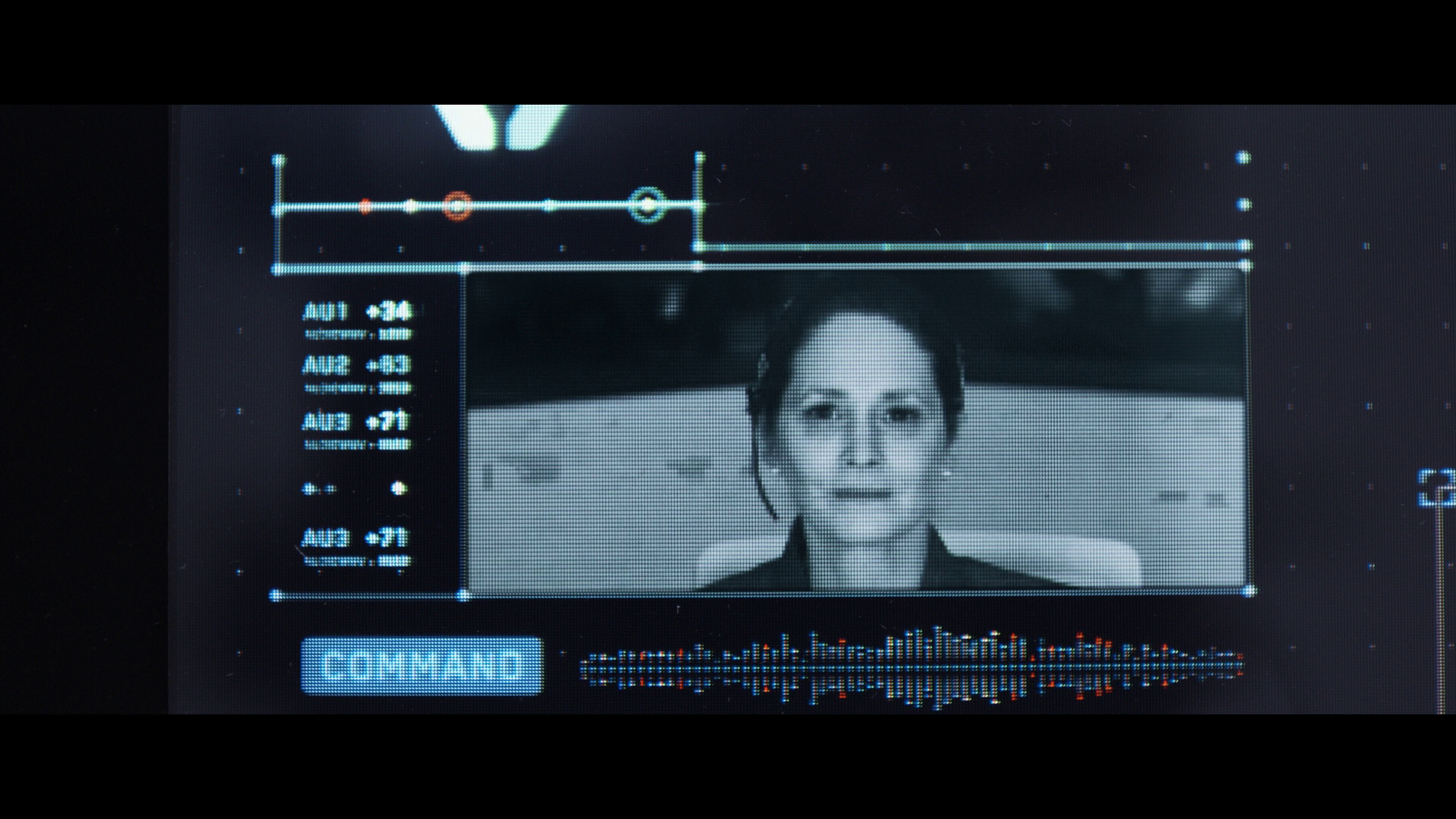 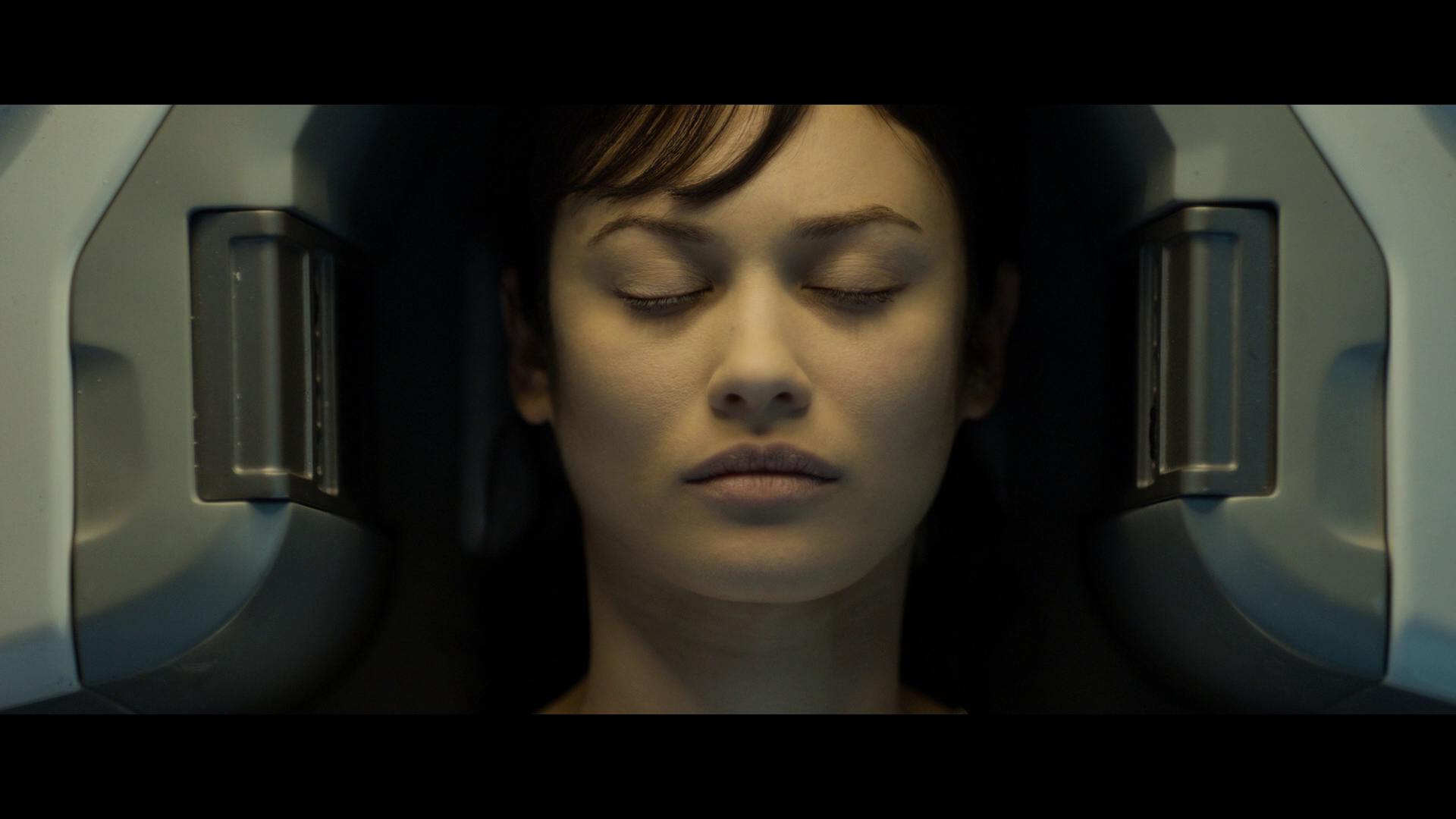 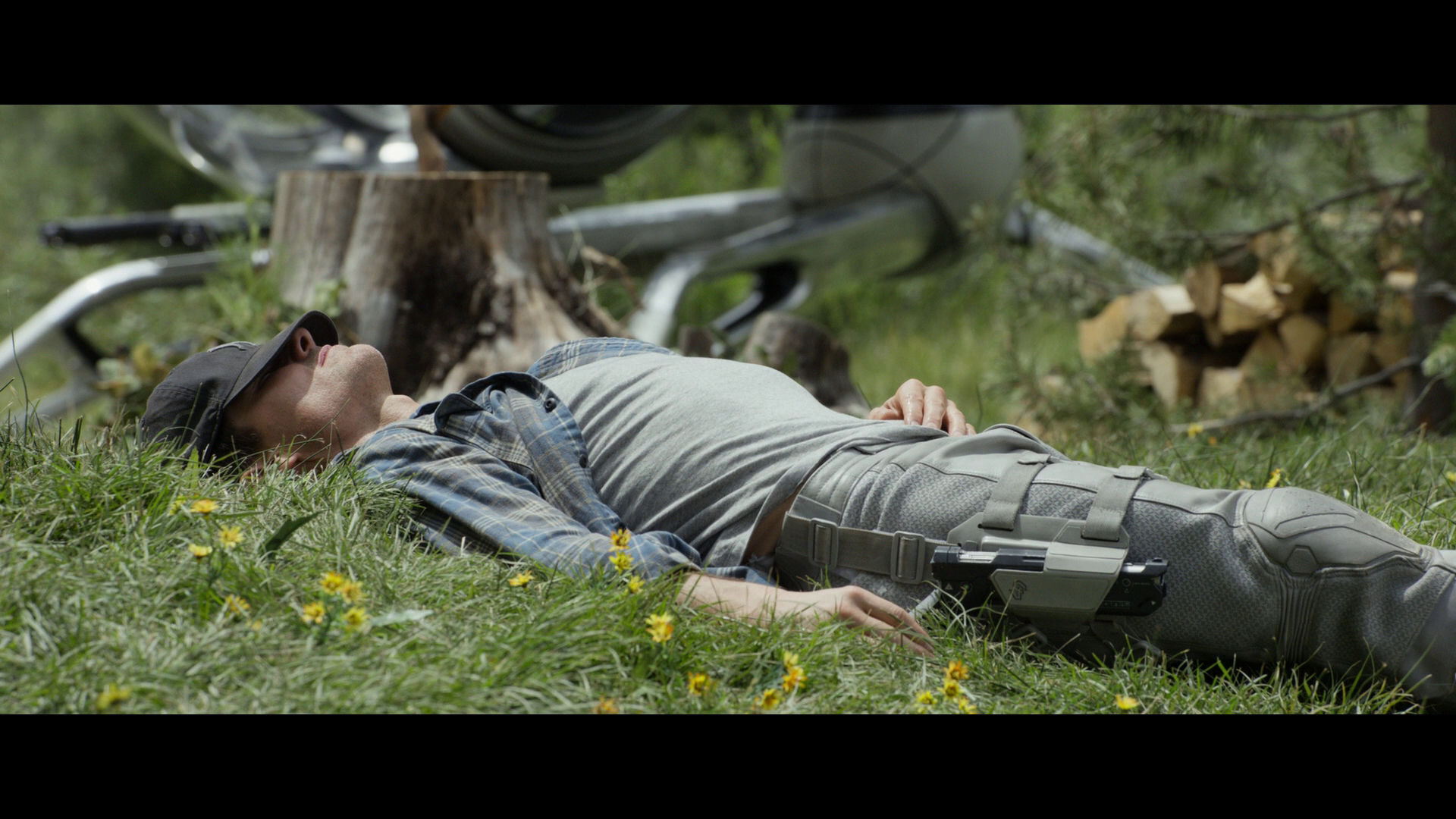 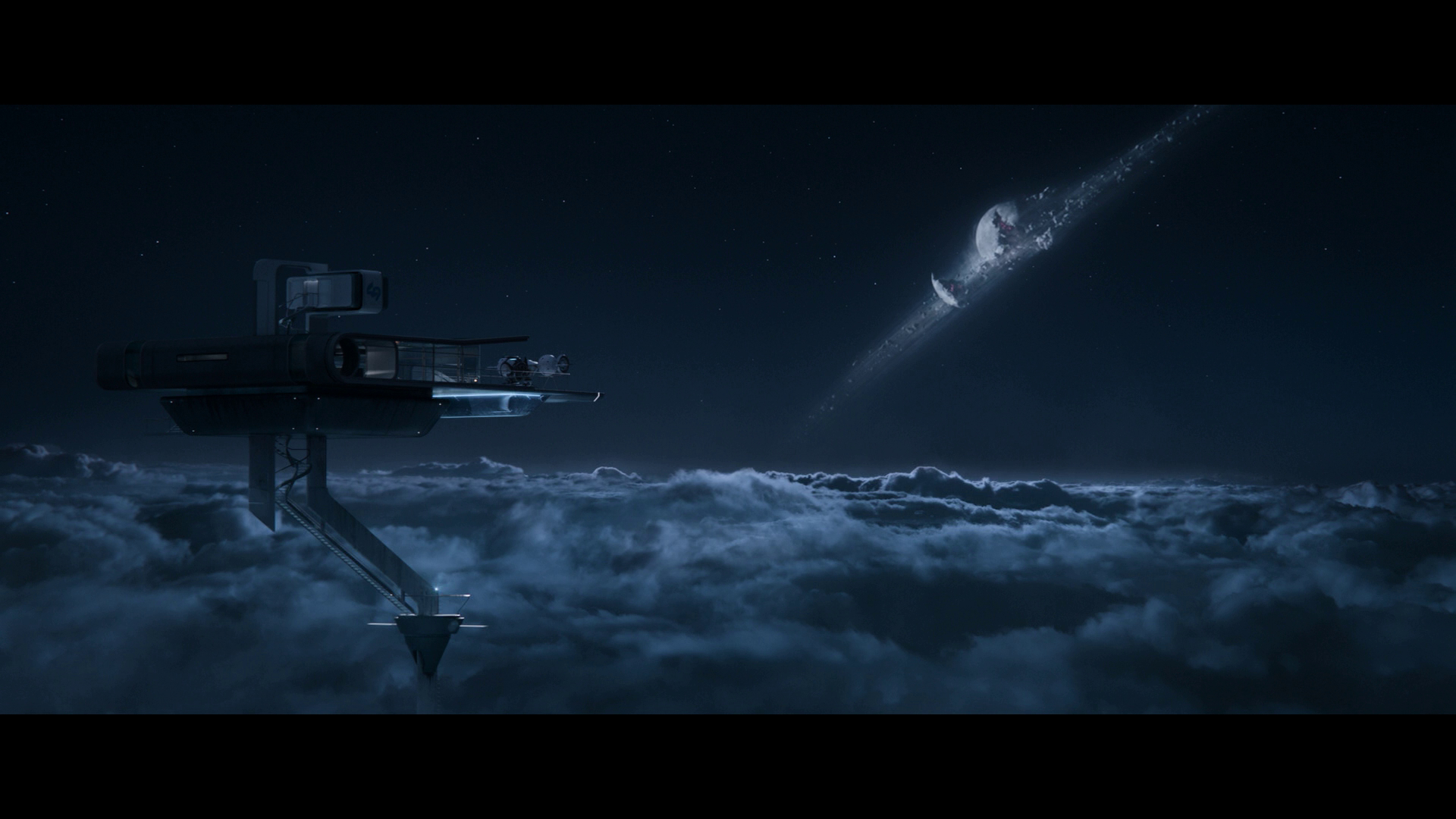 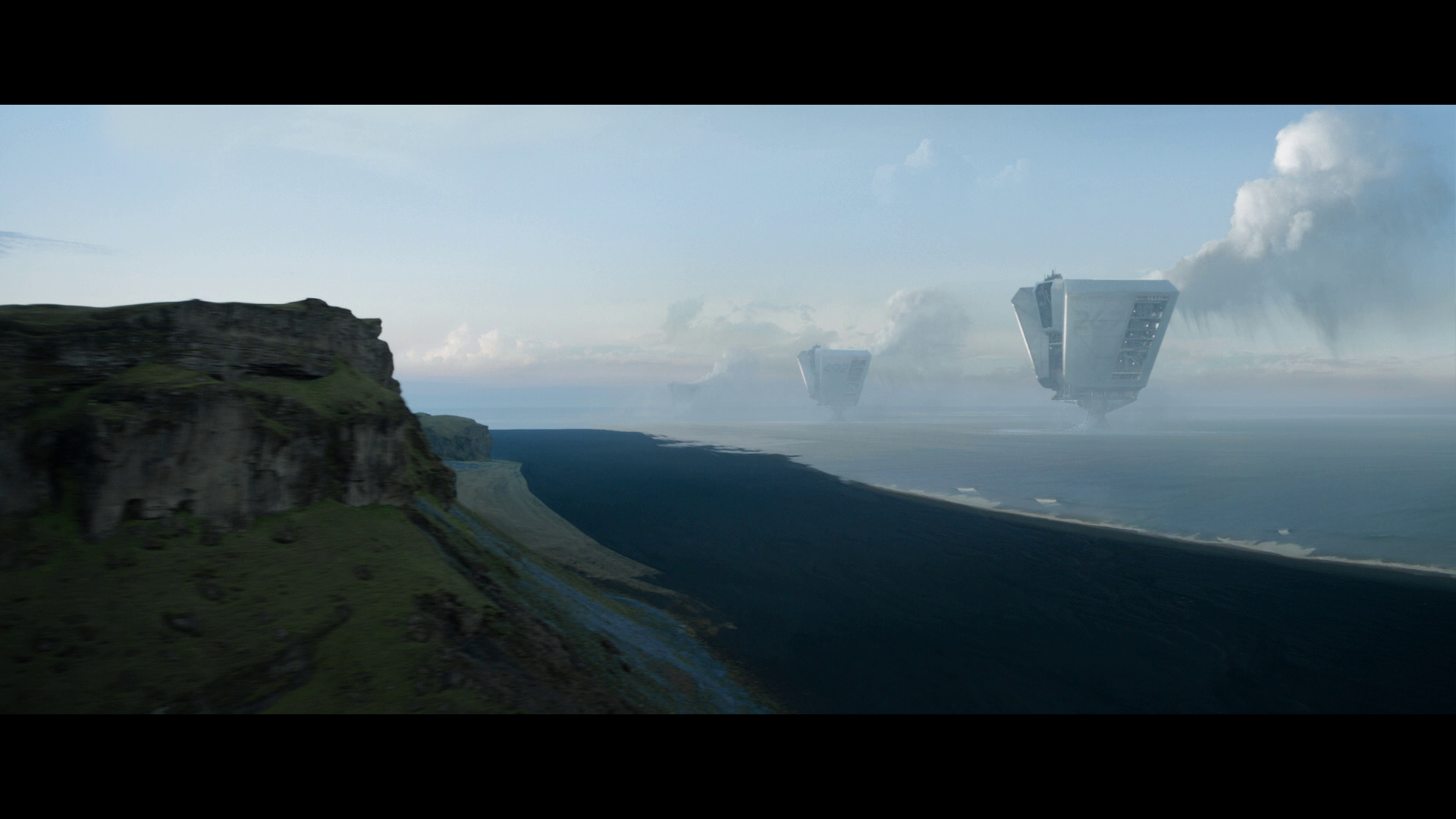 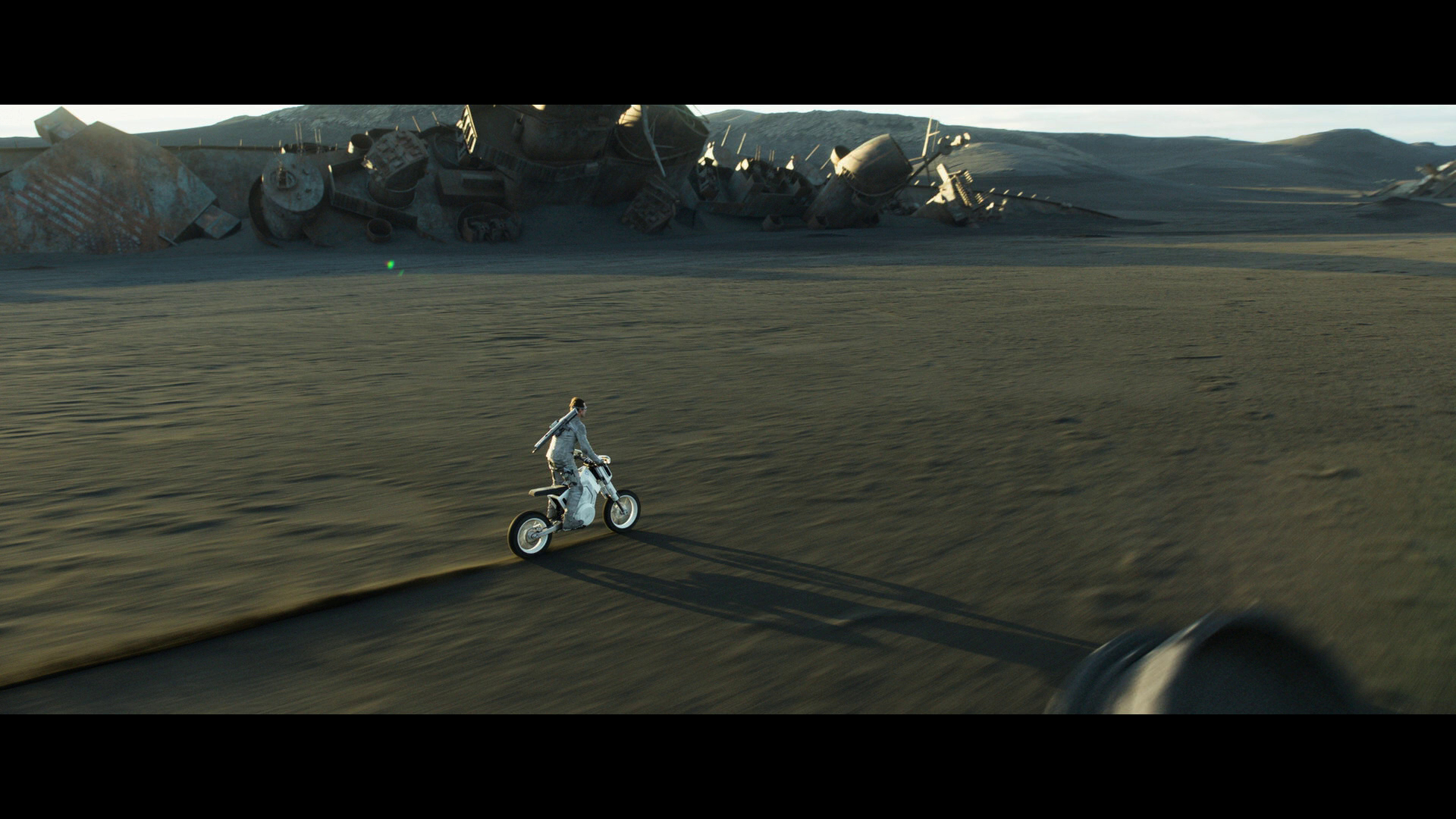 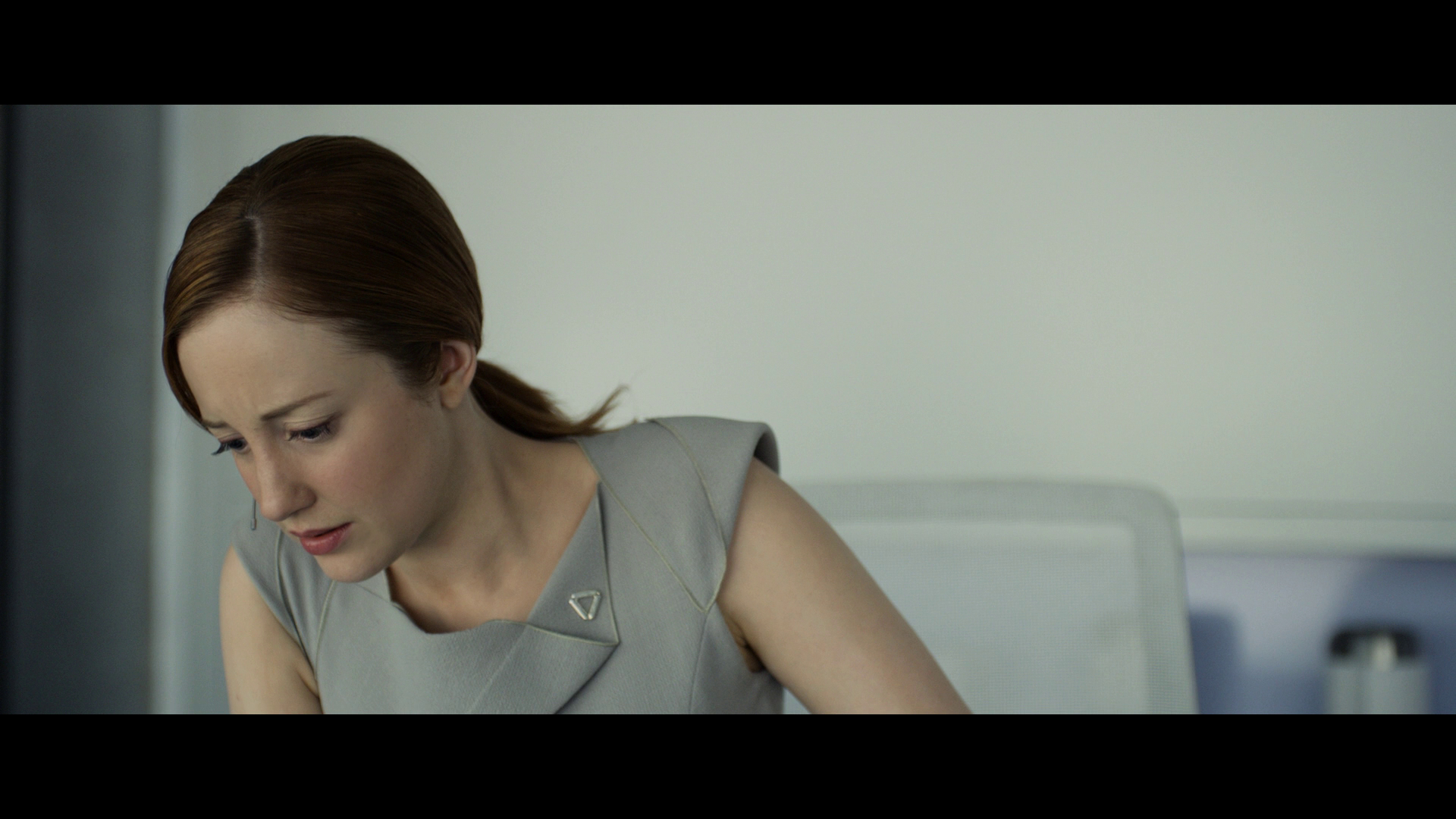 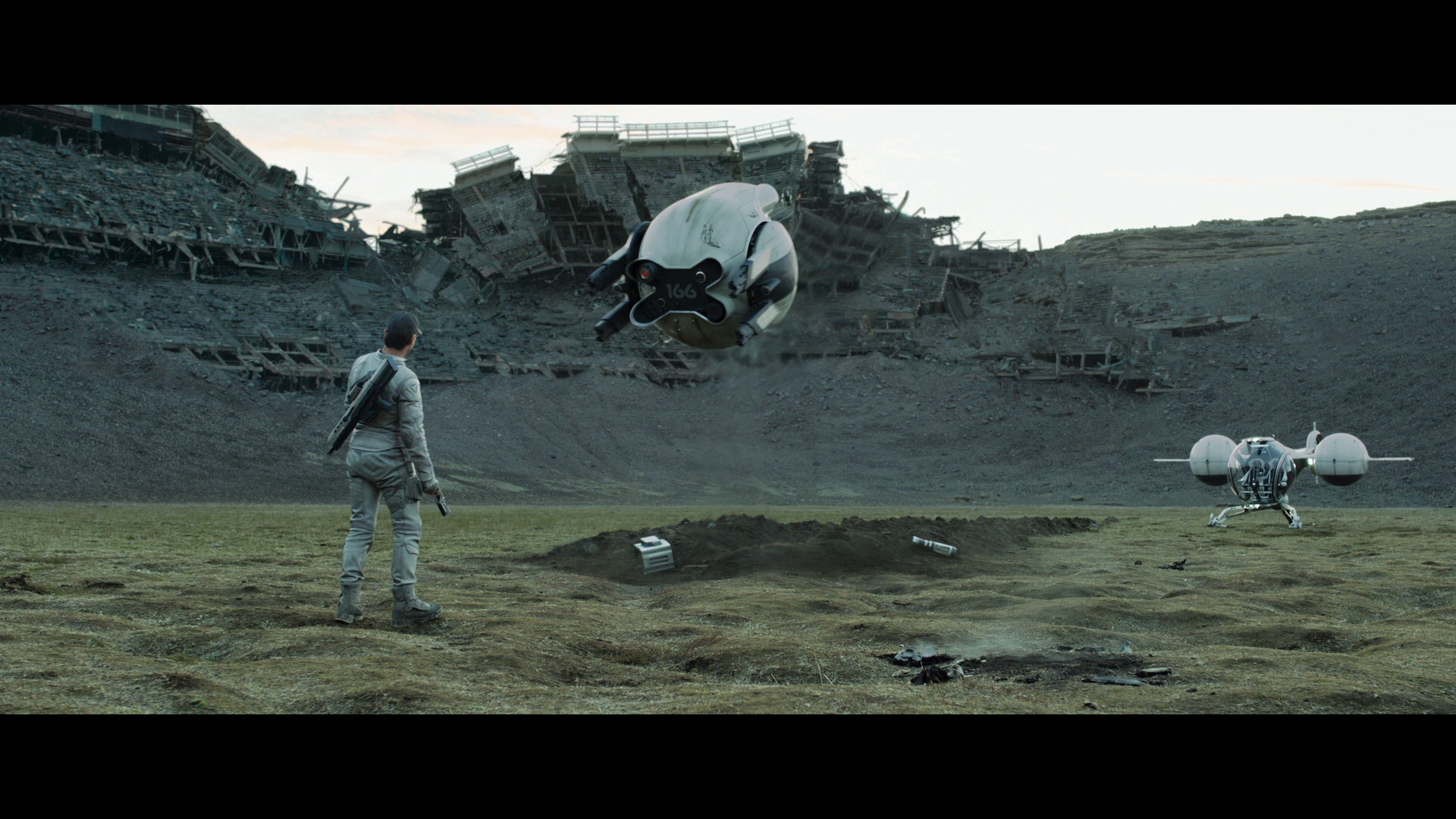 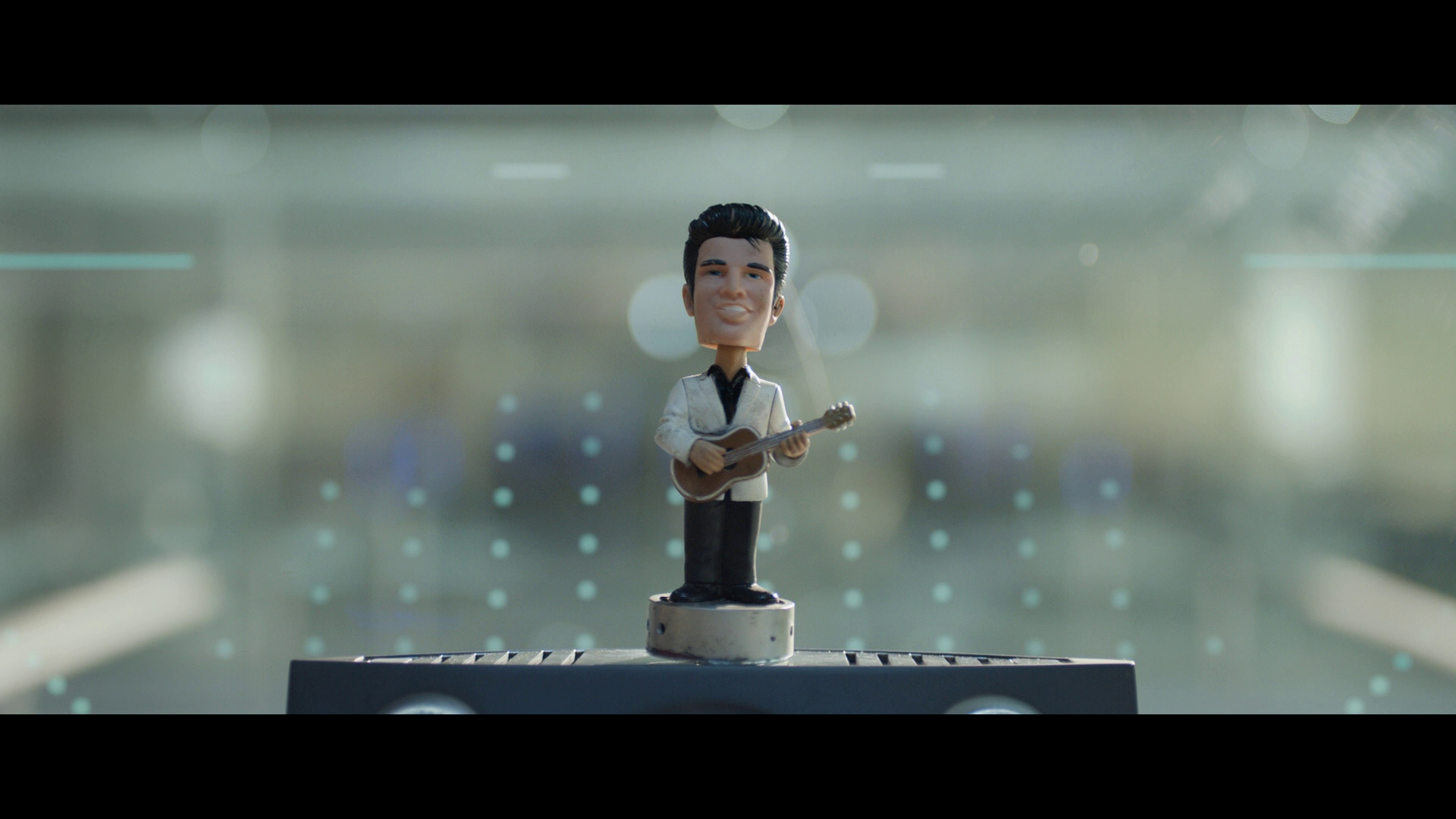 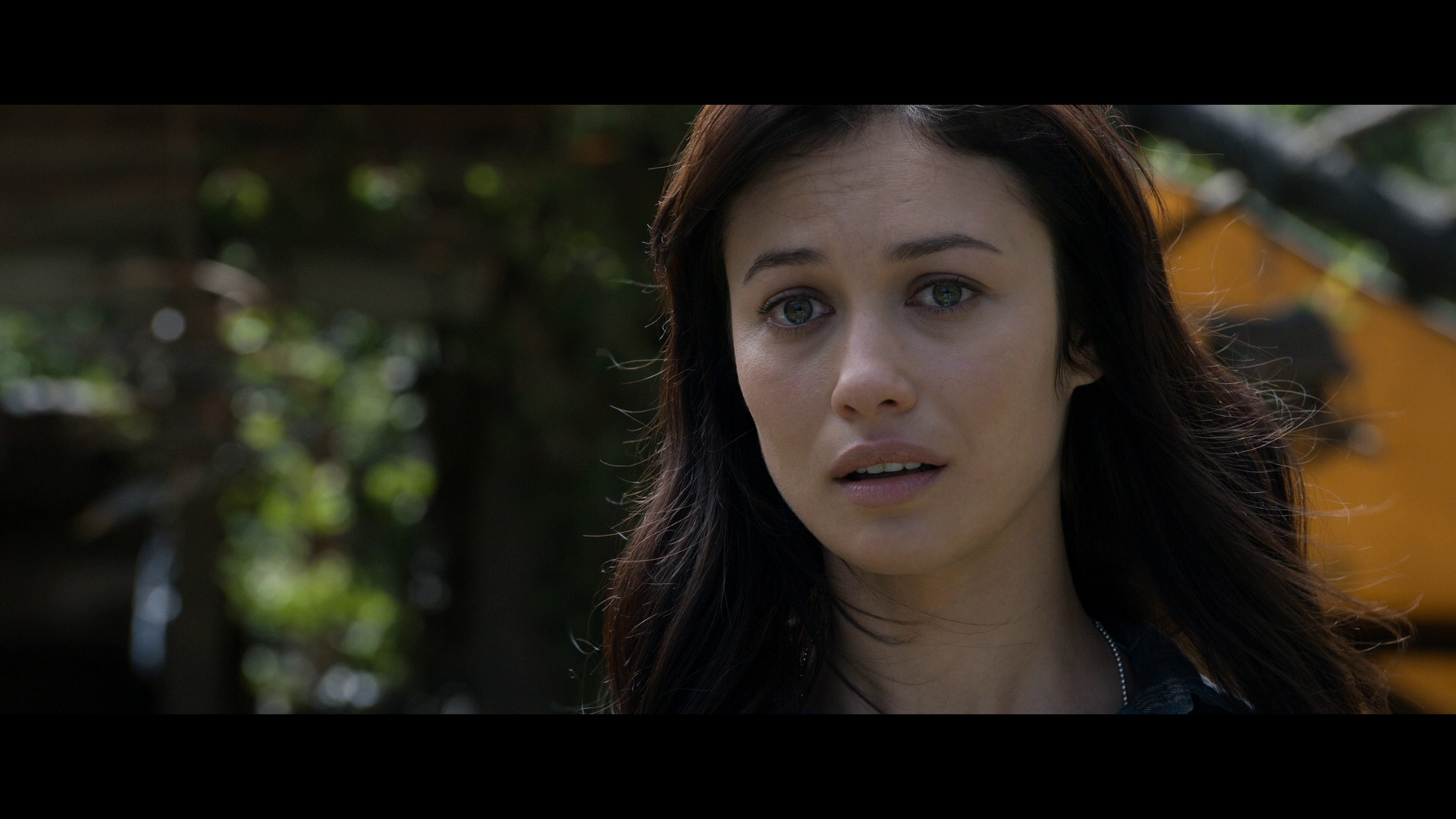 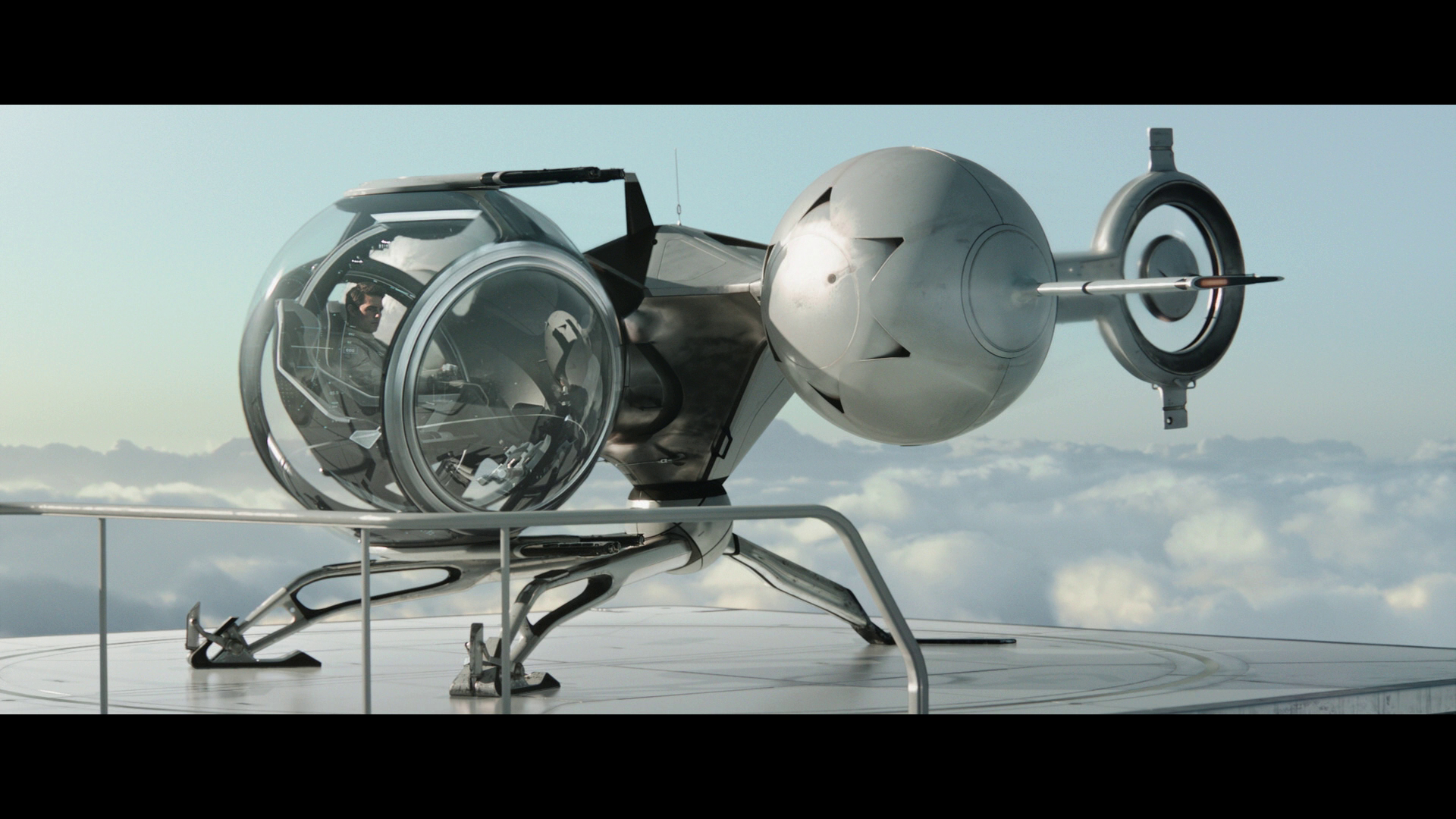 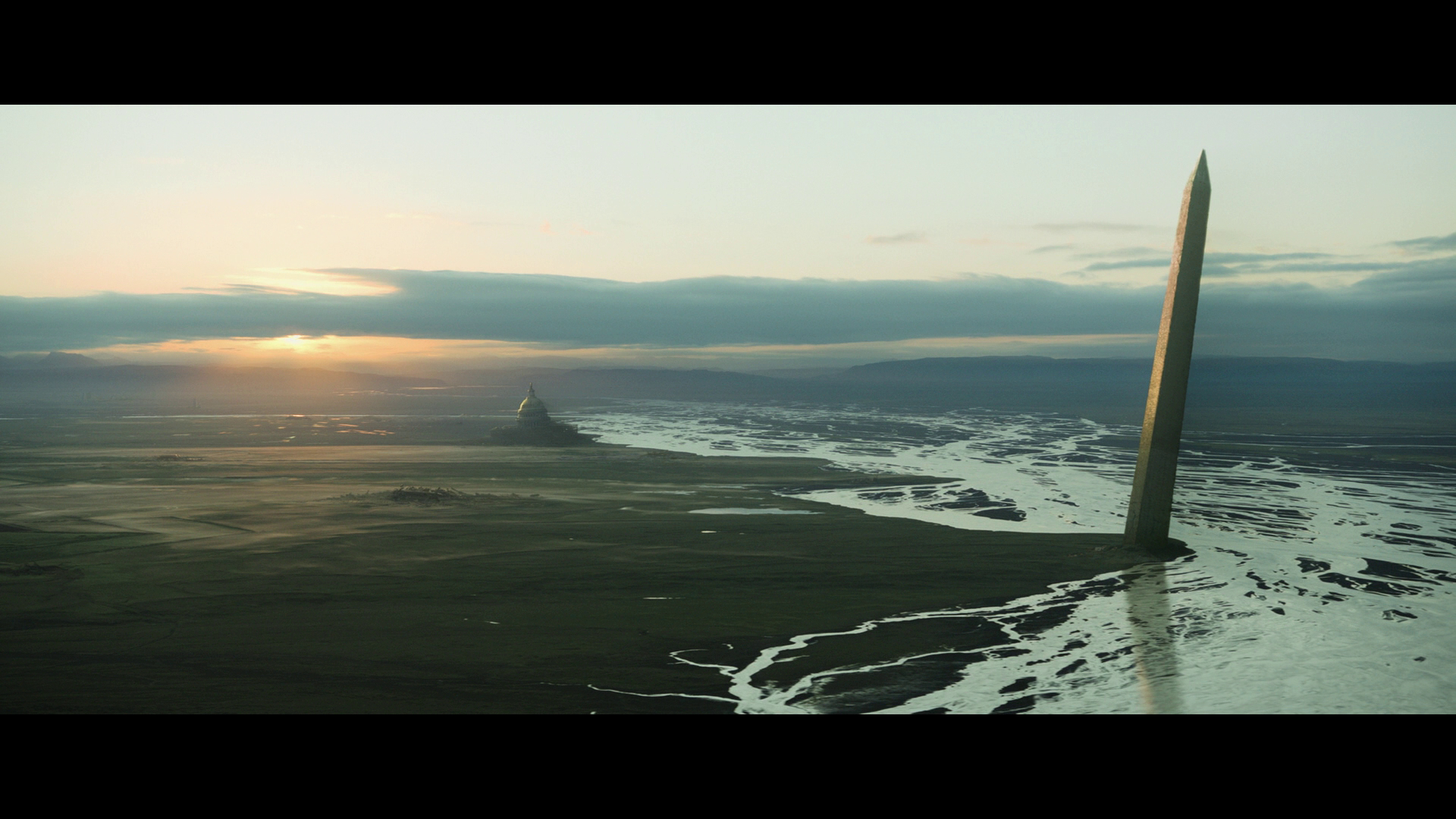 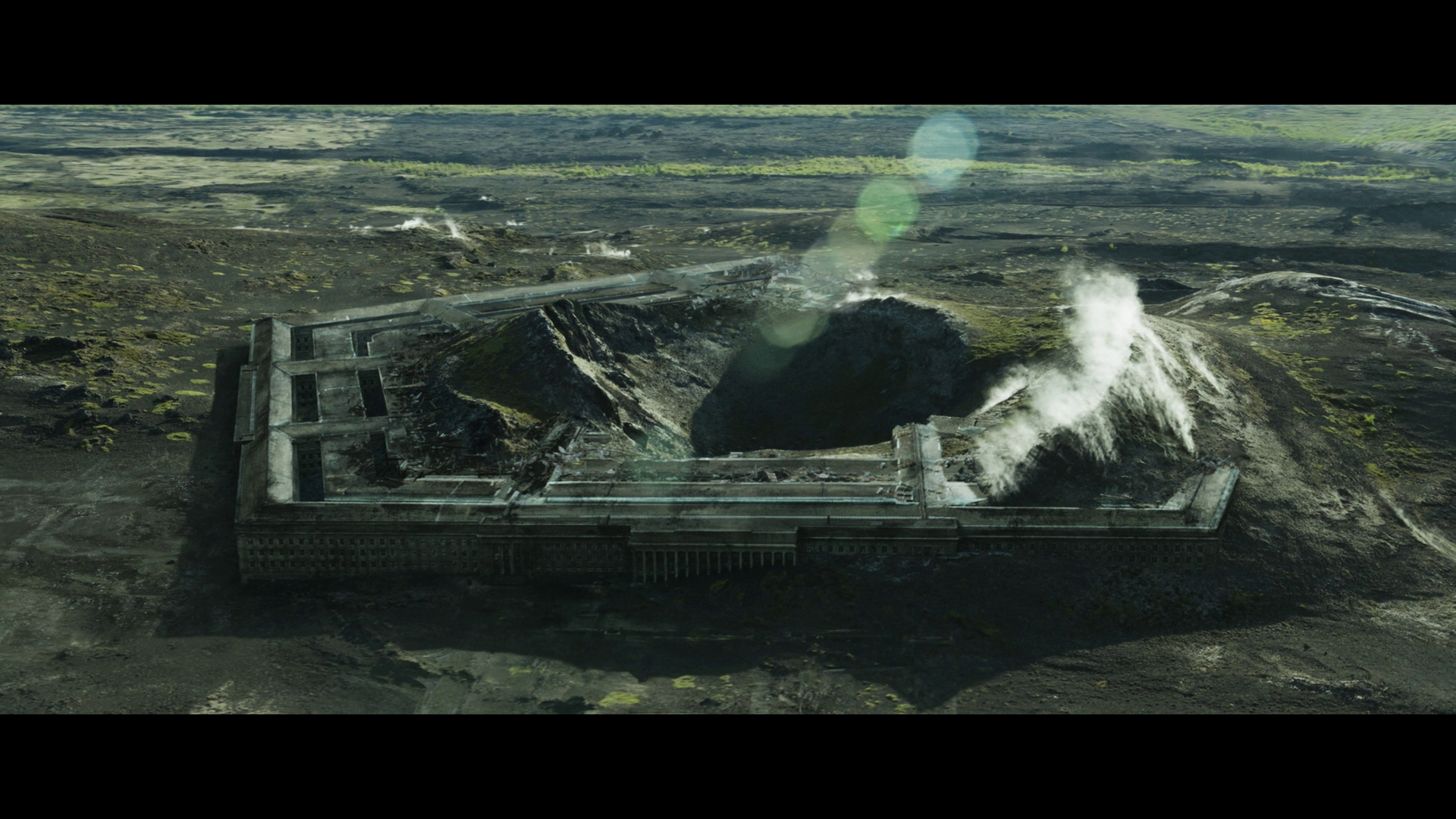 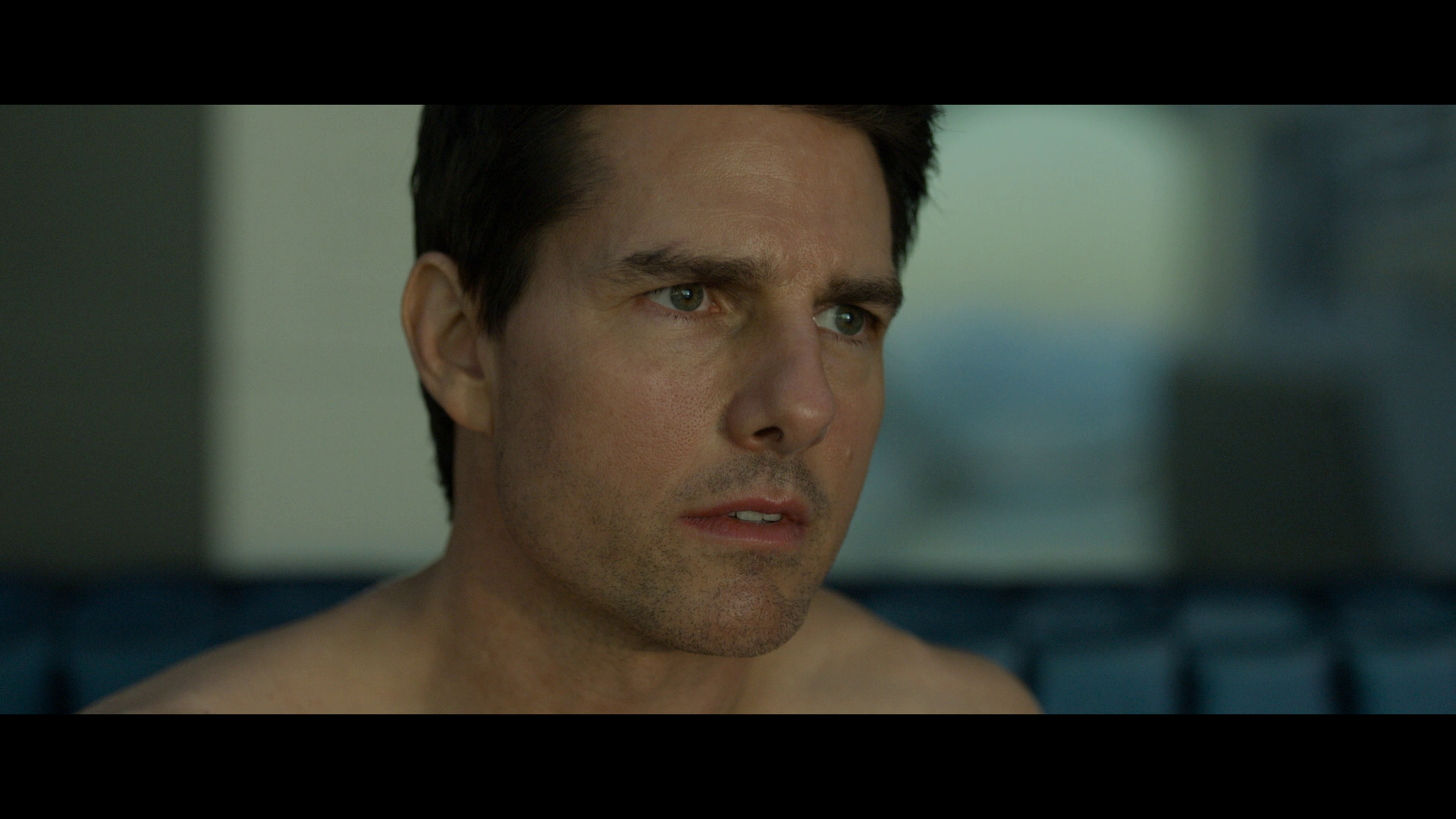 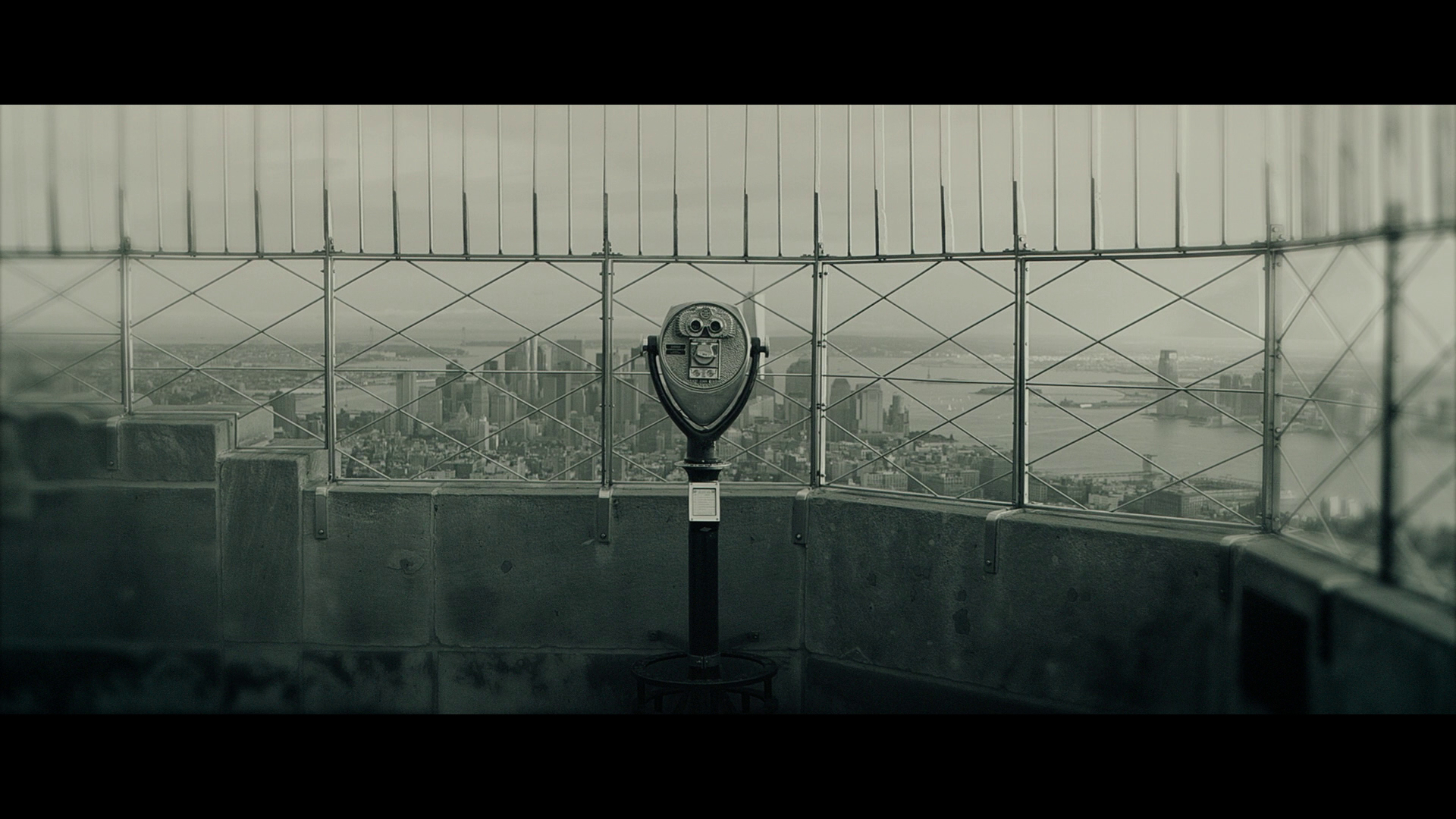 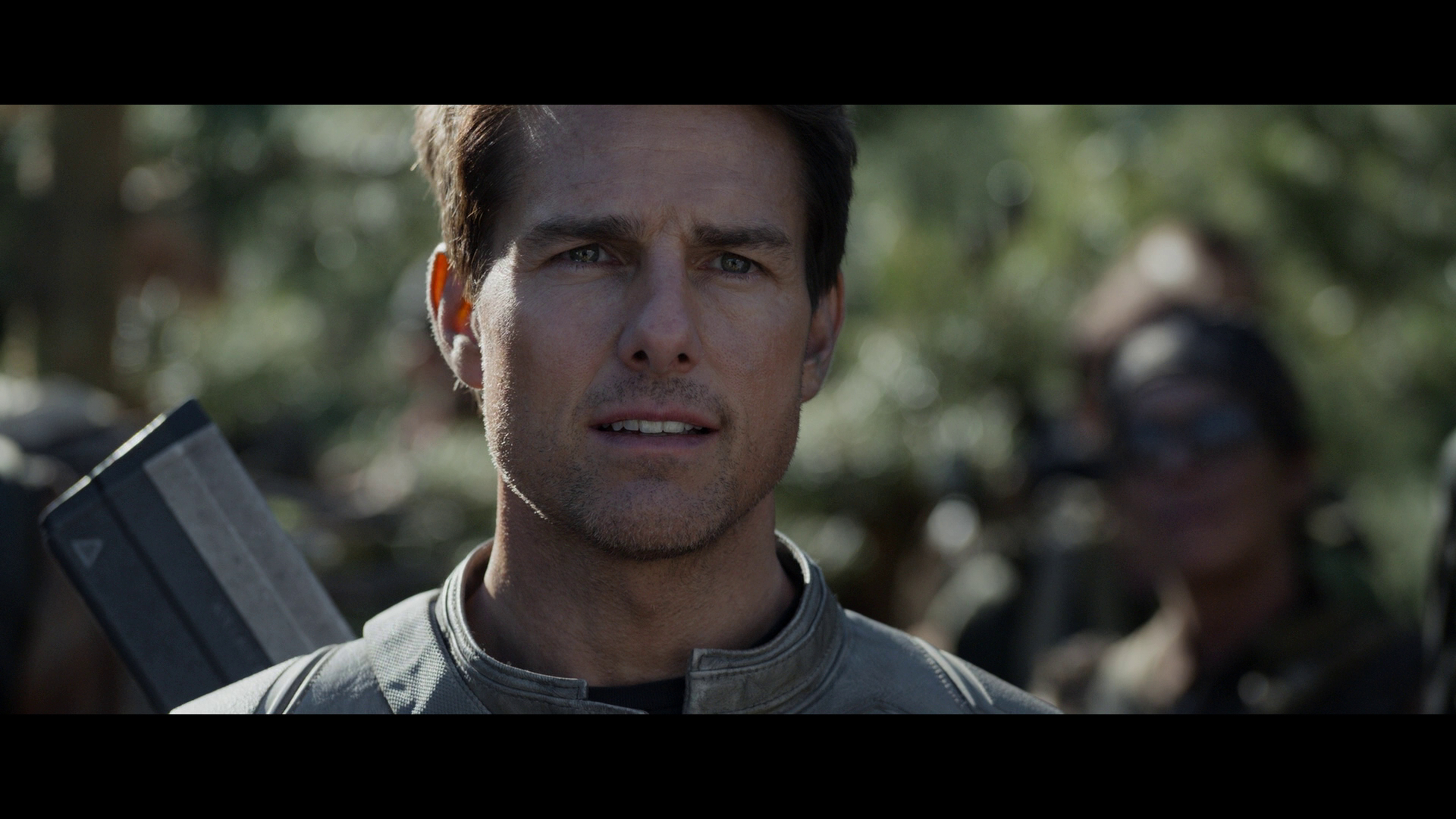