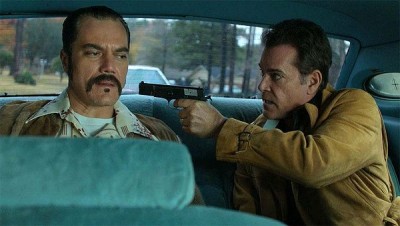 Richard Kuklinski was a real-life mob hitman whose career spanned across three decades. He killed more than 100 people before he was finally brought to justice in 1986. He was referred to as "the Iceman," not because he was so cold-blooded, but because he would freeze the bodies of his victims and keep them under wraps for extended periods of time so that their time of death would be harder to pin down.

The new movie The Iceman is based on a non-fiction book by crime writer Anthony Bruno, who profiled Kuklinski in 1993. Twenty years later, Ariel Vroman's film version takes what one assumes is a less exacting approach, dramatizing the career of the notorious killer as a combination of historical biopic and gangster hagiography. 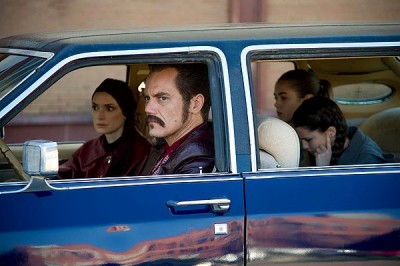 It's a bit of a disingenuous origin, suggesting that this impulse killing was the only murder the death dealer caused prior to meeting Demeo. That is far from the case; Kuklinski was more your garden variety serial killer before the criminal underworld gave him purpose and a paycheck. The Iceman balances on a precarious line that many gangster movies teeter across: by default, by virtue of it being his story, the bad guy becomes a kind of antihero. Kuklinski's true past as a serial killer would color him in an entirely different fashion. The decision to erase his rage-filled early history is indicative of where the movie really goes wrong. One doesn't get the sense that Vroman, who co-wrote the script with Morgan Land, really knows how to engage with such a chilly subject. Despite being described as his prime motivator, there are no warm family moments. As a father, Kuklinski is just as stand-offish and calculated as he is when on the job. There is no demonstrable dichotomy. Perhaps this is legitimate, that was how it was in real life and Kuklinski is really that strange of a fish--but that doesn't make for a very dramatic movie.

Not that there isn't otherwise quite a bit to recommend The Iceman. Michael Shannon is unsurprisingly excellent as the killer, bringing intensity and menace to the screen in a way only he knows how to achieve. There is an unnerving hardness to his eyes, and the actor is able to use that to constantly remind, through sheer presence, how frightening Kuklinski really is. As his counterweight, Winona Ryder does a lot with a small role. Her scene explaining why she eventually fell for this man is really the only time where their union makes any sense. The actress disappears in the role, reminding us of how good she can be and how it's a tragedy that she doesn't work more often.

Vroman and his team do a nice job with the period details, conveying the passage of time without overdoing it. Fashions change gradually, with hairstyles in particular evolving slowly, almost like we're watching the hair grow in time-lapse. (Oh, David Schwimmer, and your increasingly ridiculous ponytail!) Vroman doesn't rely on his soundtrack as a cheat, either. He uses pop music sparingly, but effectively, so as not to undermine The Iceman's serious subject. Despite my earlier complaints about how some of Kuklinski's more twisted personality traits are swept under the carpet, the director does show admirable restraint when it comes to the violence. He is careful not to glamorize the killings, using blood and gore sparingly and for intentional effect.

I feel like there is a nearly excellent movie here. The Iceman certainly isn't boring, it just fails to be as engaging as it could be. I keep going back to their being the one essential component missing, and that's Kuklinski himself. We either needed to dig deeper into his pathology, or Vroman should have used the reactions of the people around him to give the viewer a stronger sense of just how he functioned in the world. It's one thing to present us with an enigma, but you have to go a little bit of the way to unpack the mystery if you want your movie to have any true meaning or lasting merit. 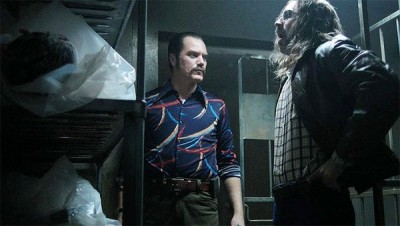