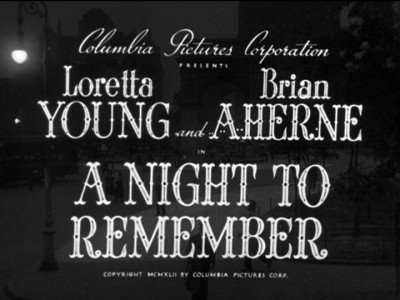 A light-hearted murder mystery from 1942, A Night to Remember makes comedic hay out of a convoluted plot, presumably capitalizing on the popularity of husband and wife detective teams, a la The Thin Man.

Loretta Young headlines a large cast as Nancy Troy, wife to second-rate mystery writer Jeff (Brian Aherne). In order to encourage her hubby to break out of his literary rut and write a romantic best seller, Nancy rents a basement apartment in Greenwich Village, the setting of Jeff's next novel. Things go wrong nearly from the start. The couple's early arrival at the new place is met with shock and distrust. The landlord claims it's because the room is not ready, but it doesn't take long for more nefarious reasons to emerge. In the local pub, Nancy overhears a hoodlum bullying someone to go to their address, and the next morning, a dead body is found outside their back door. It seems that Jeff may have a new murder plot after all--and one that he's a part of.

A Night to Remember features a large cast, including police and other tenants of the Greenwich apartment house. Charlie Chan-actor Sidney Toler plays the inspector assigned to the case, but Nancy and Jeff start unraveling the tangled mess much quicker than the boys in blue. Everyone in the building is a part of the scheme, some by choice, some by force, with most of them working to stop the Troys from unearthing their secrets.

This genial giggler is directed by Richard Wallace (Lombard's Man of the World, the 1947 Sinbad, the Sailor), and the journeyman provides a serviceable level of style. The story is quickly paced, with most of the energy coming from the main stars. Aherne is a little too polished as the fast-talking writer, but Young is delightful as the wisecracking wife who jumps at every shadow. Perhaps with a better leading man and a smarter script, she could have turned this into a franchise.

As it is, A Night to Remember suffers from a mystery that, despite all its convolutions, is never very gripping. It also has a rushed ending that exposes just how shallow the secrets really run. Still, fans of this sort of classic B-reeler will enjoy the recurring gags and the chemistry of its lead performers enough to warrant giving A Night to Remember a spin or two. 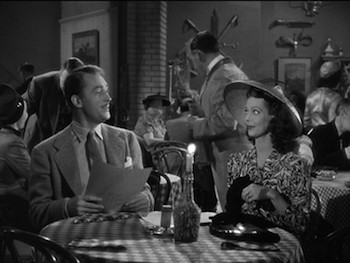 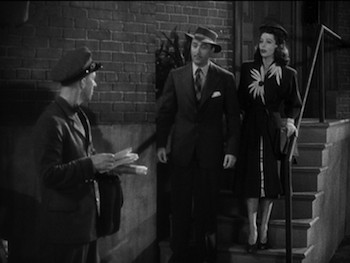 Video:
A Night to Remember has a pretty decent black-and-white, full-frame transfer for this Sony Choice Collection release. Resolution on the manufacture-on-demand disc is consistent throughout, with a fair level of detail and relatively good blacks. There are occasional marks on the frame and some shimmery spots, but for the most part, this DVD has been sourced from a really good original.

Sound:
I noticed nothing to gripe about in the mono mix. The soundtrack is free of hiss or distortion. Dialogue is clear with no drop-outs.

FINAL THOUGHTS:
Recommended. Thought not as memorable as its title would have you believe, the 1942 comedy/mystery hybrid A Night to Remember (not to be confused with the Titanic picture) is an entertaining vehicle for Loretta Young. She plays the wife of a novelist who can't seem to escape genre fiction. When he tries, the genre lands on him! The plot doesn't really add up to very much, but Young is a joy to watch and it's all so light and fluffy, A Night to Remember ends up being pretty hard to hate. 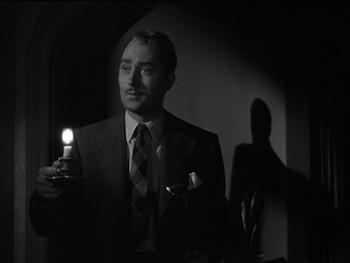 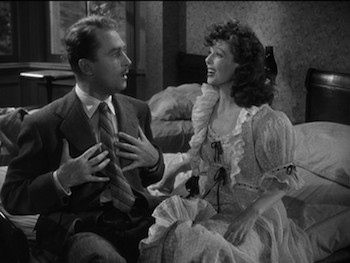