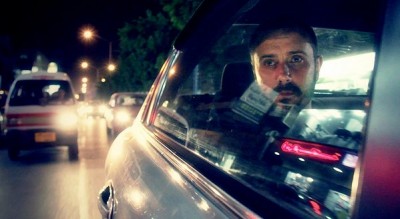 Black zones, or "denied areas," outside of the "approved" war zone, far outside Kabul--where journalists are discouraged to visit and American forces, sanctioned and unsanctioned, government or privately funded, allegedly undertake indiscriminate raids against suspected Taliban. When the troops and their intelligence gatherers get it wrong and kill innocents, official reports change the story, or at least the public record differs from the eyewitness reports of Afghani citizens who lost their loved ones.

This is the impetus of Dirty Wars, a documentary about reporter Jeremy Scahill, who previously exposed underhanded activity involving Blackwater. Scahill specifically chases down information on a raid that took the lives of a police chief and two pregnant women attending a family celebration in Gardez. Jerome Starkey, another reporter who was on the trail of the story, was targeted by a NATO smear campaign, before evidence began to mount, including cell phone footage of investigators going over the victims' bodies taken by the family. Pandering apologies followed, but no real restitution or public admission of guilt. The Pandora's Box was opened.

Unable to shake the feeling that something was wrong, Scahill continued to put the pieces together, and further investigation uncovered 1,700 night raids in Afghanistan, with no one bothering to sort out which attacks were legitimate and which were enacted under erroneous intelligence, usually by a then little-known State Department group called JSOC (Joint Special Operations Command). The clandestine organization had begun these black ops in Iraq, and also mounted them against supposed Al Qaeda in Yemen, with little transparency or oversight, possibly under command of the White House. JSOC would later come to prominence due to its part in killing Osama Bin Laden. 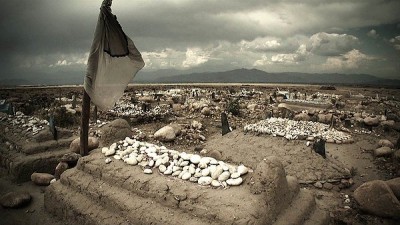 Directed by Richard Rowley (Zapatista) and serving as a companion to Scahill's book of the same name, Dirty Wars takes what is essentially a classic investigative journalism approach, trailing Scahill as he travels through the combat zones, from one lead to the next, assembling the big picture and uncovering a pattern of violence, intimidation, and deceit. It's a story that circles back on itself, gets tangled in obfuscation, and takes on dangerous implications for Scahill. Given the recent NSA scandal, Dirty Wars' detailing of whistleblowers and internal spying has a sinister currency. Dirty Wars poses questions relevant to that debate and tangential to that story, including circumstances surrounding the targeting of an American citizen. Is Anwar al-Awlaki an isolated case, or just the surface evidence of something bigger? al-Awlaki's father gives Scahill a compelling, passionate interview questioning the morality of his son's persecution, which Scahill couples with his own analysis of Anwar's resultant metamorphosis. The whole thing is punctuated, as is so much of Dirty Wars, by death.

There are, of course, no easy answers to the questions that Dirty Wars raises, but the answers it does uncover serve up a disturbing pathology that continually feeds itself and costs lives as the War on Terror trudges on. Worse, Dirty Wars suggests more public successes only embolden the shadow operations. The illusion of transparency only covers deeper impropriety. (Much of what Scahill unearths mirrors what Congress and pundits claimed was inaccurate and incendiary about Kathryn Bigelow's Zero Dark Thirty, ironically underlining that movie's propaganda possibilities.) War zones continue to multiply, and the goal posts keep moving. As this goes on, Scahill's mission is to make sure we keep watching, increase our scrutiny, and remember that the point of this campaign is supposed to be about preserving life, not cheapening it. In a lot of ways, it's hard to see any hope emerging from the ending of Dirty Wars, but in another way, the hope lies in the fact that such a documentary exists, and that, as long as the freedom to challenge the "official" story hasn't been squashed, we might be able to salvage the rest of our freedoms, too. You don't have to agree, but you should still look and listen, and be glad others are doing the same. 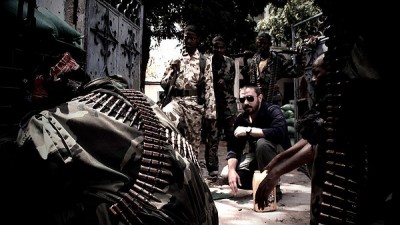