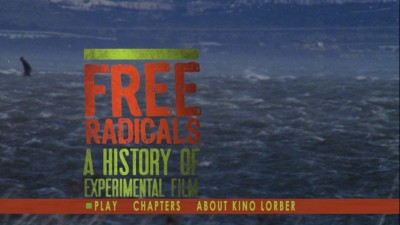 Experimental cinema is essentially the movie equivalent--or perhaps, more precisely, the legitimate facet--of modern art. It tends to be abstract, unfamiliar, and nonlinear, at times inspiring bafflement and declarations of "My kid could do that," but at its best being alluring, mysterious, and inspiring--even if it can be hard to explain why. I know personally, any time I have had to review a collection of experimental shorts, I find myself lacking. The filmmakers are challenging me in ways I often can't grasp by my deadline. I need time to simmer, reflect, and accept or reject.

Free Radicals: A History of Experimental Film is a documentary that is both a decoder ring and primer. Pip Chodorov is a lifelong enthusiast who has also made his own experimental shorts. Inspired by his father, Stephan Chodorov, a television host and film curator who often brought special films home when Pip was growing up in the 1960s and '70s, along with the artists behind them, Pip set out on his own path to join the people he admired. Free Radicals is his personal journey, a look through the archives at movies that inspired him. He explores technique and meaning, and also talks to those responsible, be they pioneers or peers.

On the list of participants, be it through archival footage or new interviews, are Hans Richter, Stan Brakhage (in his last interview), Len Lye, Jonas Mekas, Ken Jacobs, Robert Breer, Peter Kubelka, Maurice Lemaitre, Andy Warhol, and the director's father, Stephan, the man who got this project underway all those years ago.

Pip shares clips of these people's work, and in some cases, the full short subjects--meaning that even though the filmmakers may be dealing in the abstract, their art never seems abstract to us while we're in the viewer's seat. Free Radicals doesn't just explain, but it illustrates. Chodorov's documentary even questions why we use the term "experimental," separating the most literal examples (playing with form and material to see what happened) from what is simply avant-garde. The assemblage of material serves as an oral history, from the 1920s to the present, of a specialized art form, including how the artists took the distribution of their art into their own hands. (Though, it is a history with the emphasis on his. It's all dudes here. Maya Deren is the only woman given a nod, and that's basically one clip and a passing mention.)

Some folks still may not get it, and I can't swear I will be any better at my job the next time something challenging comes my way, but thanks to having watched Free Radicals, I'll approach that challenge with less fear. I am forewarned and forearmed. The act of including something in this documentary also serves to preserve it, since many experiments have been lost to the ages. This makes Free Radicals: A History of Experimental Film a rare treat for adventurous cinephiles. It's like you're getting a personal tour through a very special museum. 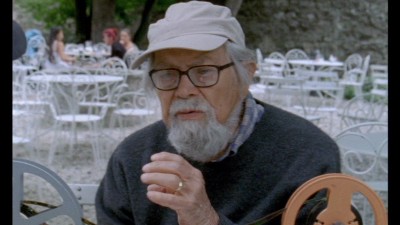 Video:
Often I judge a film like Free Radicals: A History of Experimental Film by how well it brings together its disparate sources. Given that Pip Chodorov is cobbling a montage out of home movies, new footage, and the discussed films, which were shot on sources ranging from super-8 to higher-end film stock and digital, the seamless moves between the various different aspects are certainly a good way to assess the quality of the DVD. All look bright and fresh and of one whole, without sacrificing any of the original intent of the filmmakers. There are some resolution problems in some places, with some jagged edges, etc., but that is rare. A nice job all in all.

Sound:
A stereo mix preserves the sound quality clearly, allowing for a balance between the various onscreen elements, including the appropriate aural effects for some of the film clips. Onscreen speakers are easy to hear and understand, and overall, there are no glitches or hints of extraneous noise.

FINAL THOUGHTS:
Recommended. While I don't know that Free Radicals: A History of Experimental Film isn't entirely preaching to the partially converted, it does go a long way to breaking down a complicated and often daunting aspect of cinema culture. Covering many bases from the early days of movies all the way up to more current efforts, Pip Chodorov's film uses the artists to unravel their art, showing us a generous selection of clips and explaining how and why these things were made. If you've ever seen an odd short film full of color and scratches and abstract images and found yourself perplexed and intrigued in equal measure, Free Radicals: A History of Experimental Film will go a long way to answering both concerns. 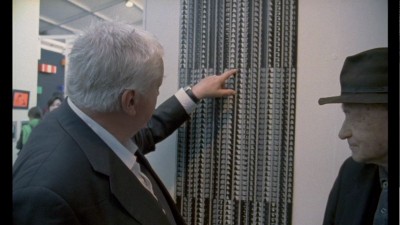