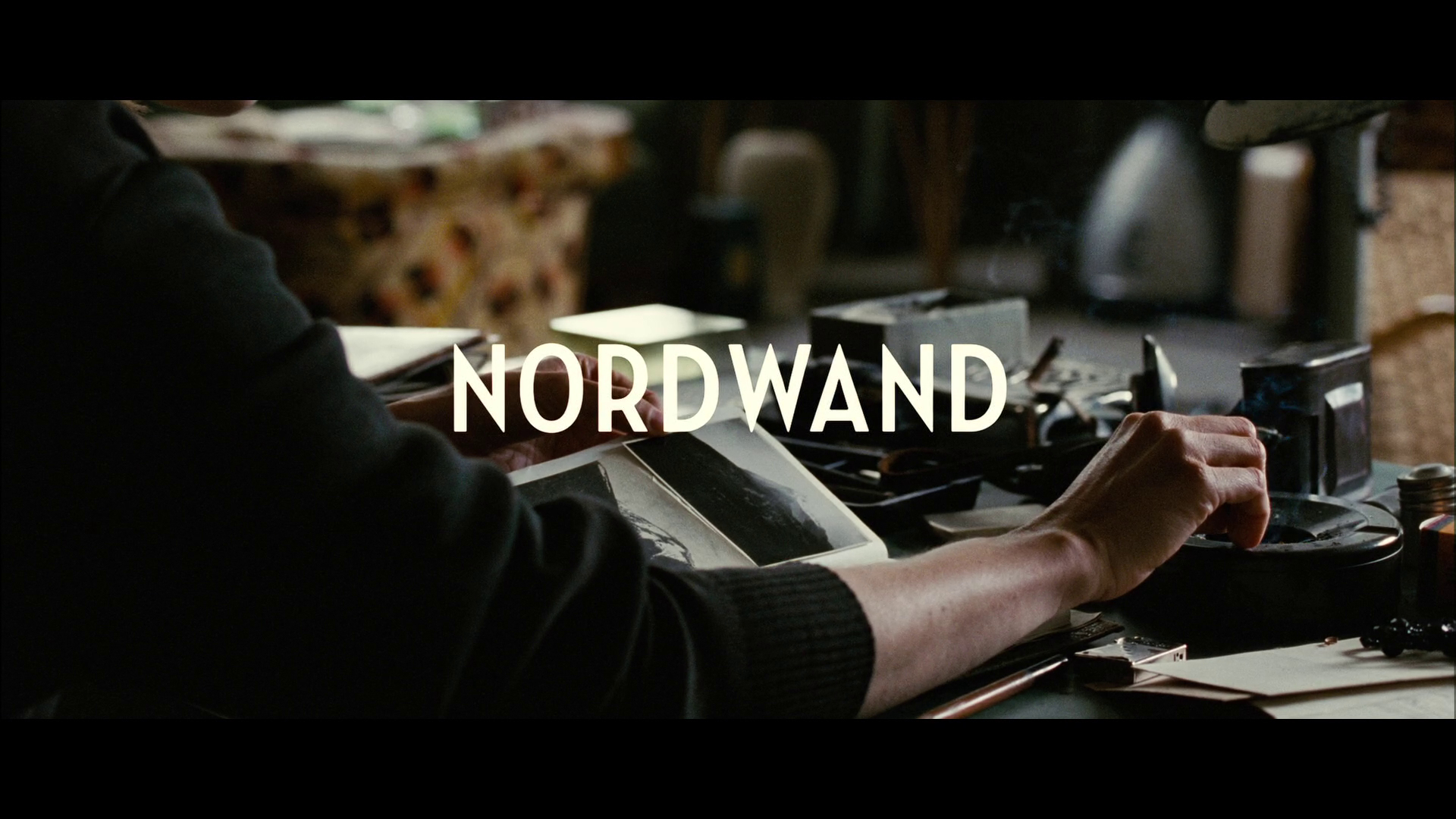 The North Face of the Eiger, a mountain in Switzerland's Bernese Alps, has claimed the lives of sixty-four climbers since 1935. As the Nazi Party's power burgeoned, German climbers Toni Kurz (Benno Furmann) and Andi Hinterstoisser (Florian Lukas) began a trek up "Nordwand" to reach Eiger's summit in 1936. Their story is the focus of North Face, a tremendously tense and exciting drama from German Director Philipp Stolzl that has been available in other regions since 2009. The filmmakers alter history somewhat, inserting a meager love story and some fictional supporting characters, but wisely stick close to Kurz and Hinterstoisser once the pair is on the mountain. North Face, with its cliff-hanging camera work, is both technically and dramatically impressive.

The Nazi propaganda machine was ramping up in 1936, encouraging German athletes to break world records in preparation for that year's summer Olympics in Berlin. One feat not yet accomplished was summiting Eiger via the North Face, something the German political leadership was keen to claim for itself and Germany. Kurz and Hinterstoisser concocted a bogus wedding in order to escape their military duties and climb Eiger. Whereas the first successful ascent was made via the western flank in 1858, the pair chose to climb the more difficult North Face. The men's childhood friend, Luise Fellner (Johanna Wokalek), remains at the mountain's base during their climb to write a story for a German newspaper. North Face suggests a rocky break-up between Fellner and Kurz, who wants none of the publicity surrounding his dangerous climb. 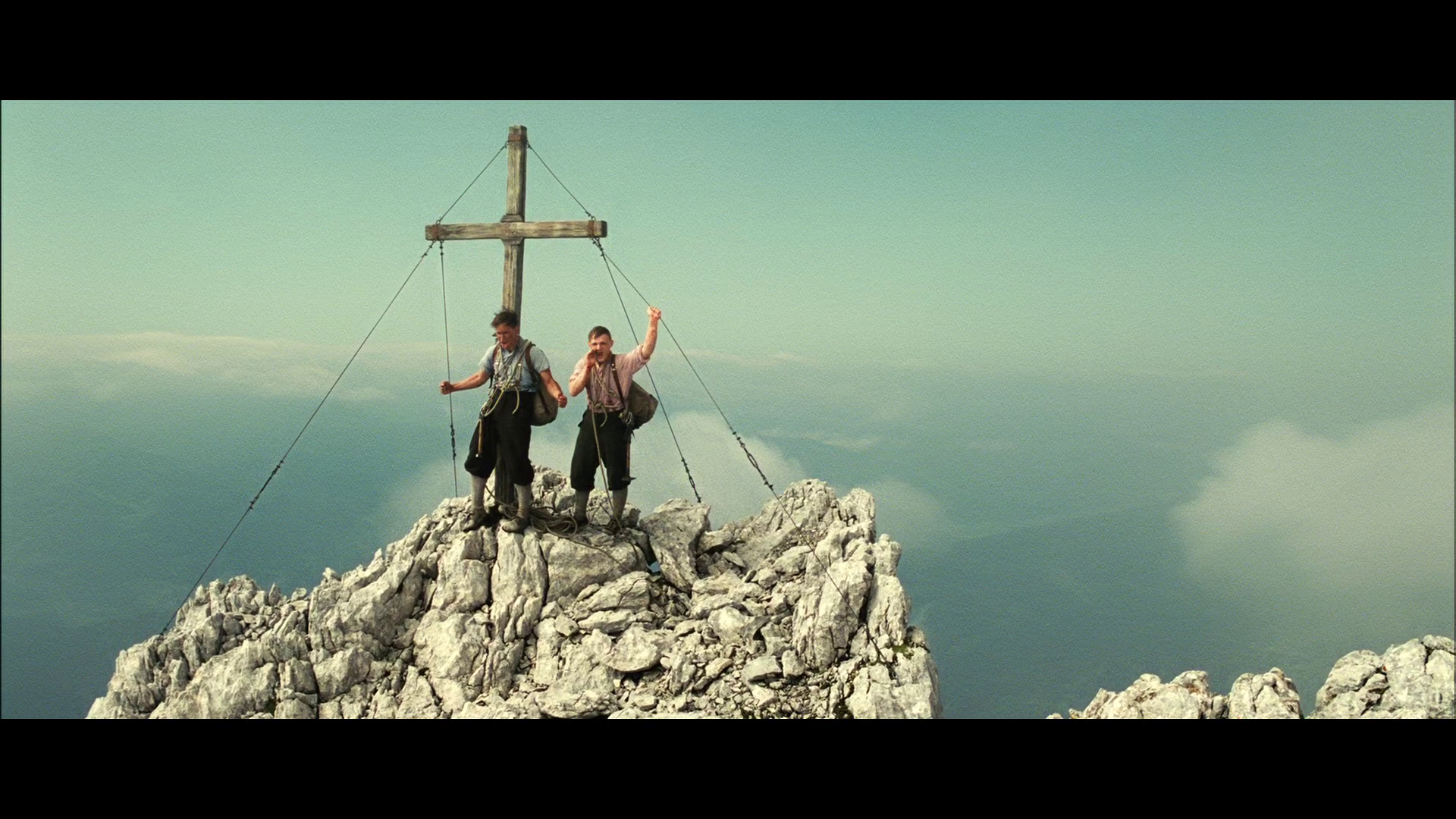 The cinematography by Kolja Brandt is stunning, and Stolzl's lens captures the foggy crags and valleys of Eiger in humbling clarity. Most impressive are the utterly realistic scenes on the mountain. I don't know how much climbing the actors actually did, but North Face convinced me that its talent hung perilously in the air with little more than a rope and a carabineer between them and death. The camera travels out into the North Face's icy grip, and the filmmakers also capture the peril from the booze-fueled patio at the mountain's base and the two internal stations of the Jungfraubahn rack railway, the highest in Europe. Much of the drama comes when the weather turns violent, and the climbers are helplessly stranded within sight and shouting distance of friends below. North Face reminds viewers that a few feet across a sheer cliff may as well be a few miles.

The Fellner/Kurz relationship is less powerful than Fellner's bond with both men as lifelong friends, and her career in news media is sufficient reason for a pushy boss (Ulrich Tukur) and a deadline. North Face stays focused on its mountain men when their journey turns sour, and the tension is often unbearable. This is human drama of the oldest sort: Man challenges nature, and nature usually wins. North Face offers some of the most convincing mountain-climbing drama in memory, and is terrifically realized as filmed entertainment. When a political movement encouraged its sons to be gods, it was ordinary mortals who paid with their lives. 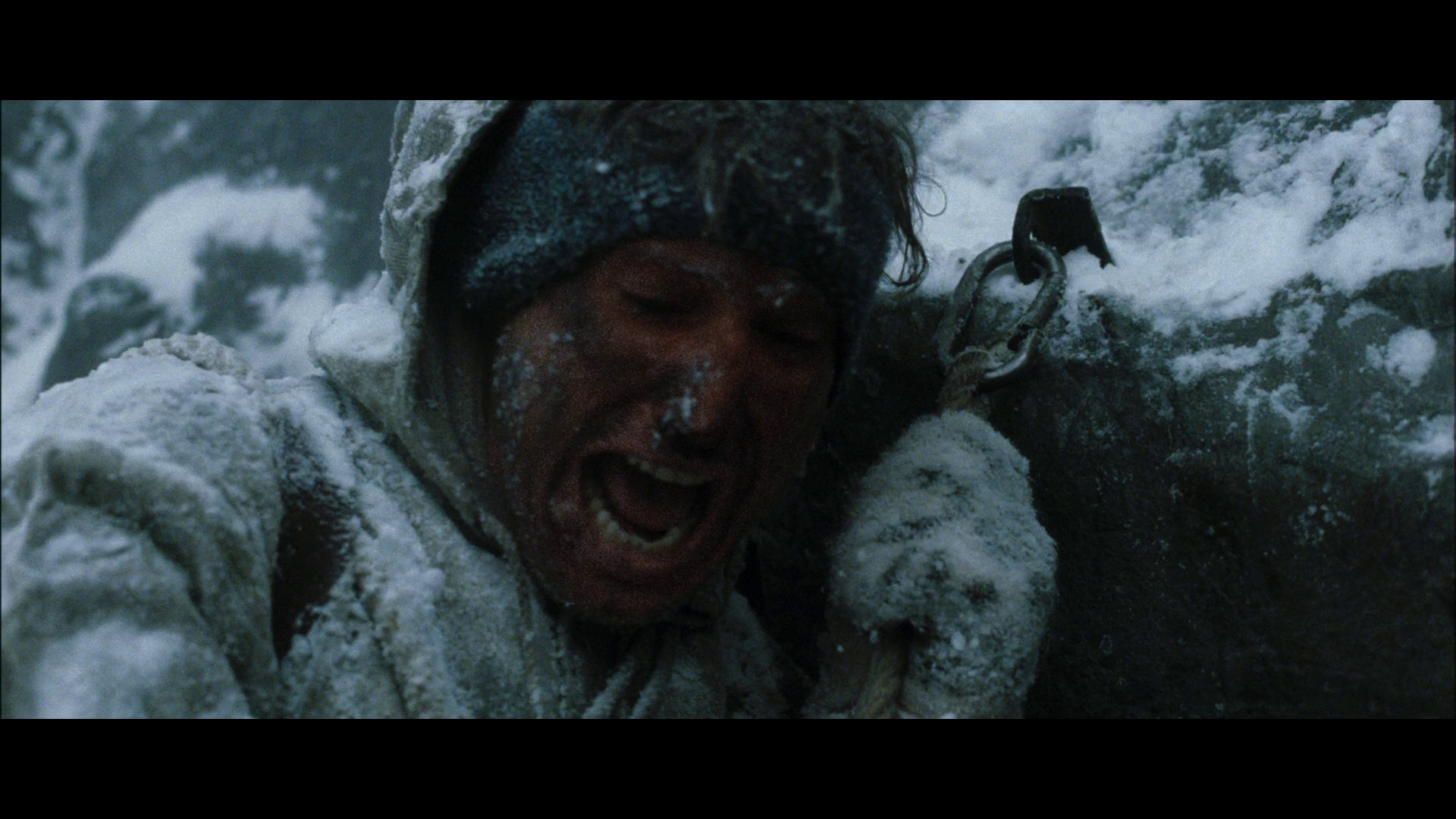 The 2.35:1/1080p/AVC-encoded transfer from Music Box Films looks very good despite its moderate bitrate and overall size on the disc. Detail is often excellent, whether in close-ups or in the beautiful wide shots of Eiger. Sharpness and clarity are also spot-on, and the image maintains a nice, film-like appearance and texture thanks to a light layer of grain. Colors are well saturated and appropriately muted, and skin tones are natural. Black levels are good, and the image is never swamped by nighttime crush or the blinding snow.

The German 5.1 DTS-HD Master Audio mix is immersive and powerful. There are many chances to aurally place the viewer on the North Face, and the track does so with ease. The wind whips through the surround speakers, the clinks and snaps of the ropes and tools traverse the sound field, and the subwoofer gives the battering weather a haunting impact. Dialogue is crisp, clear and balanced appropriately with the effects and score. English subtitles are available. 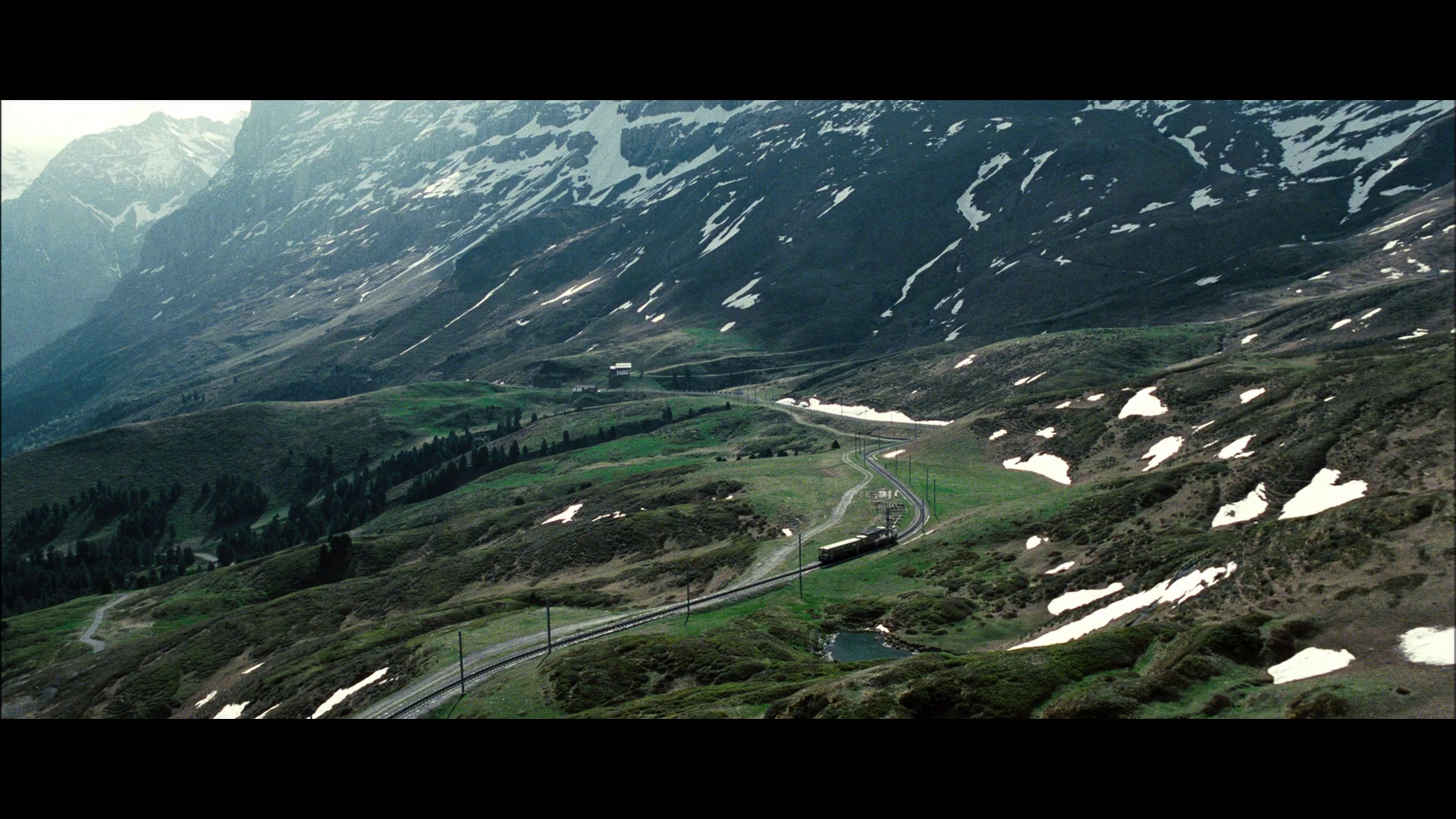 Music Box Films carries over most of the extras from the previously released UK Blu-ray, including The Making of North Face (17:15/SD), which reveals how the filmmakers accomplished some of the film's most impressive shots. The Visual Effects of North Face (2:17/SD) is a brief featurette on the digital compositing used for some shots. Finally, the disc includes some Deleted Scenes (6:08/SD) and the film's American trailer (1:45/HD).

In 1936, German climbers Toni Kurz and Andi Hinterstoisser began a push to summit the Eiger via its perilous North Face. The drama of this expedition is captured in North Face, finally available on Blu-ray in the United States, and the film is both technically and dramatically impressive. The scenes atop Eiger are utterly convincing, and North Face is an effective man vs. nature thriller. Highly Recommended. 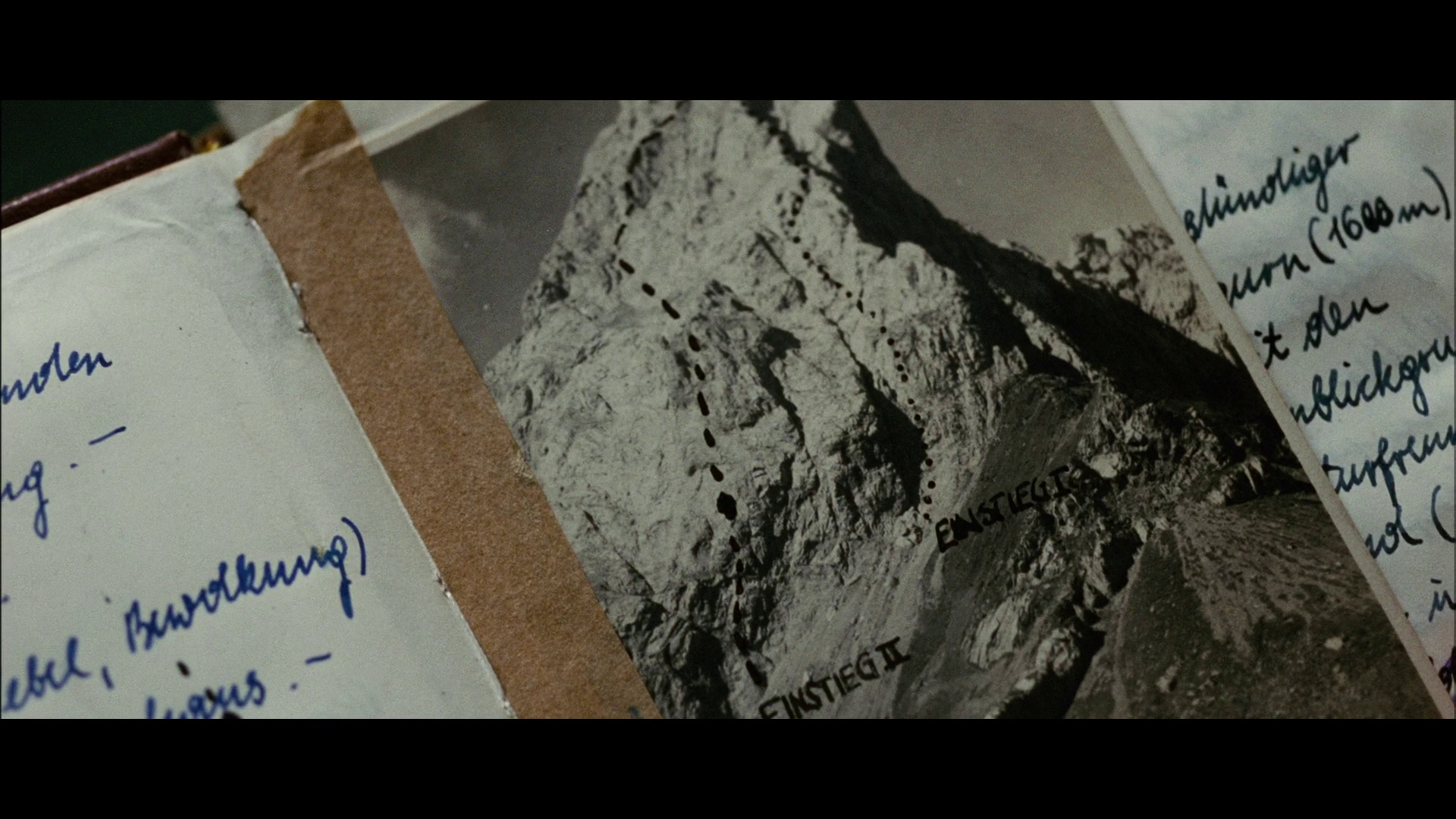 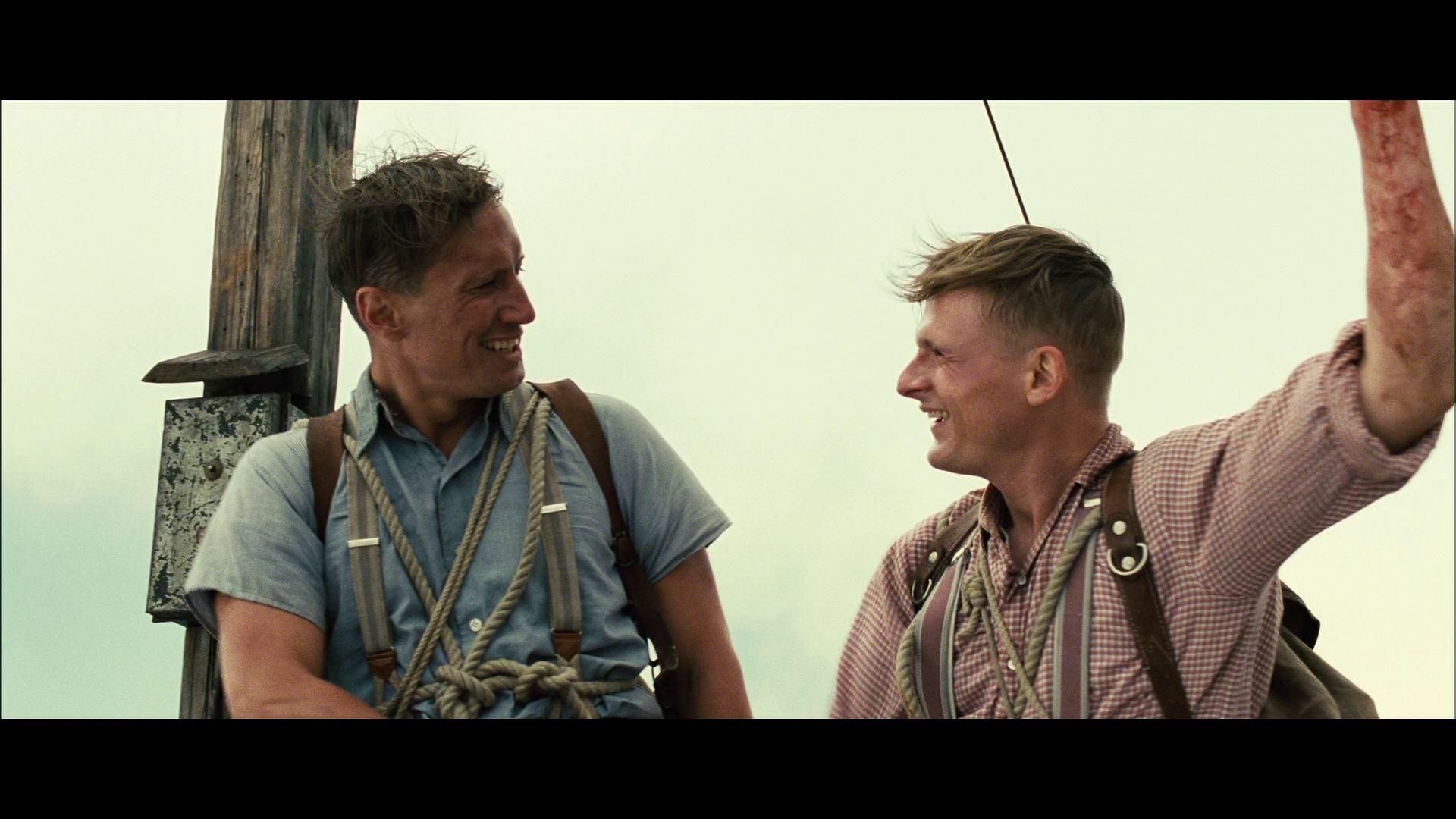 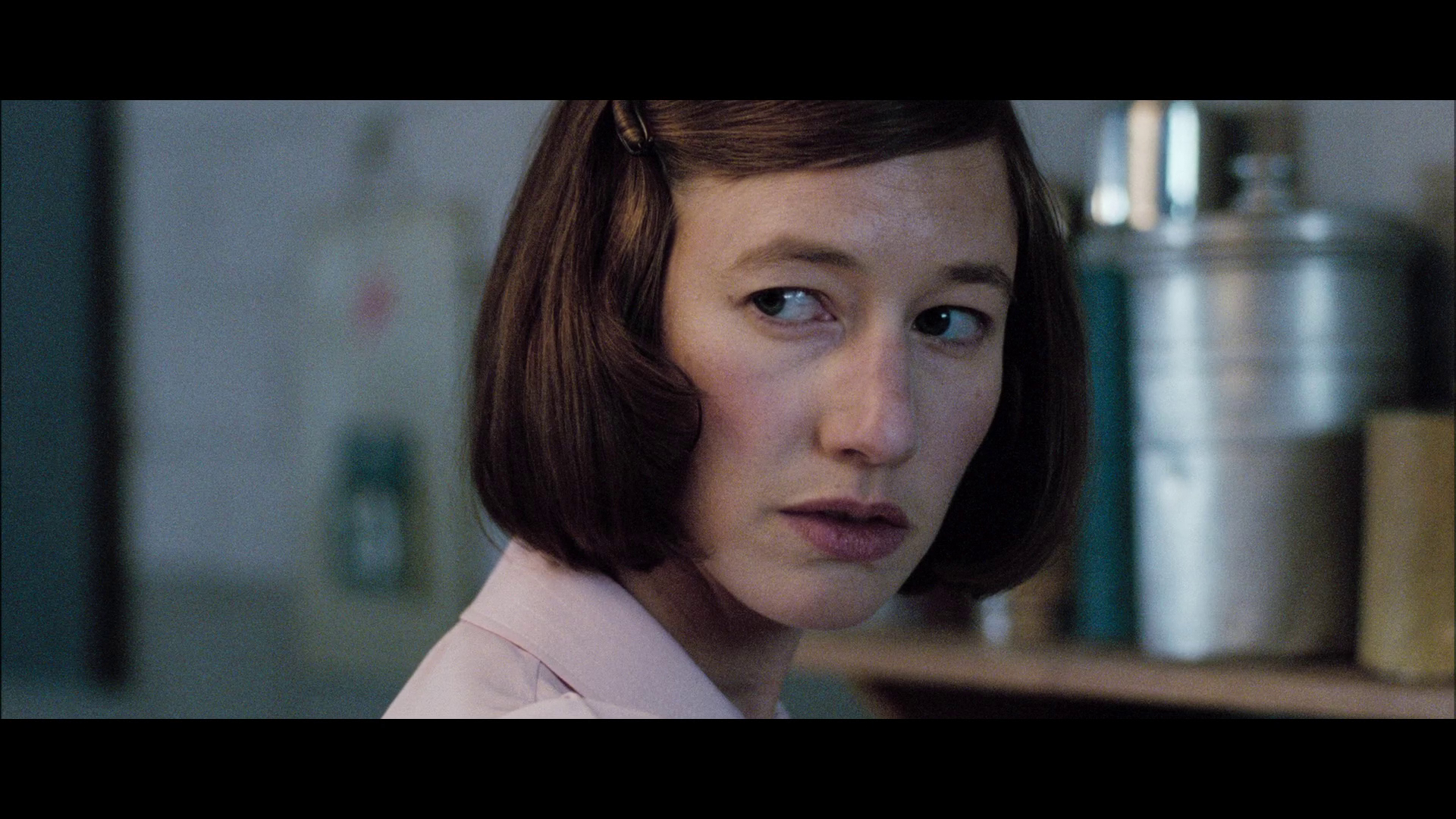 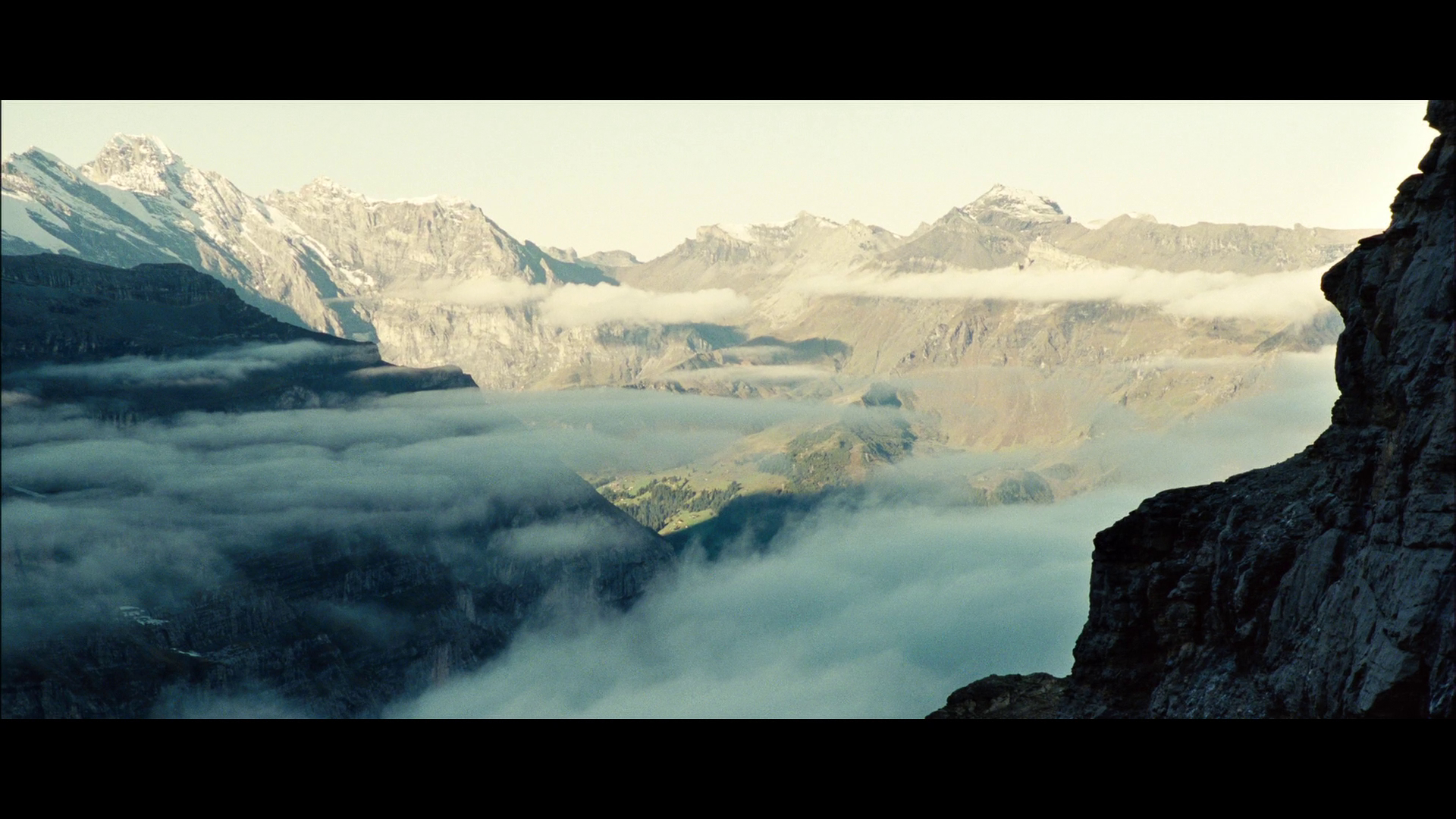 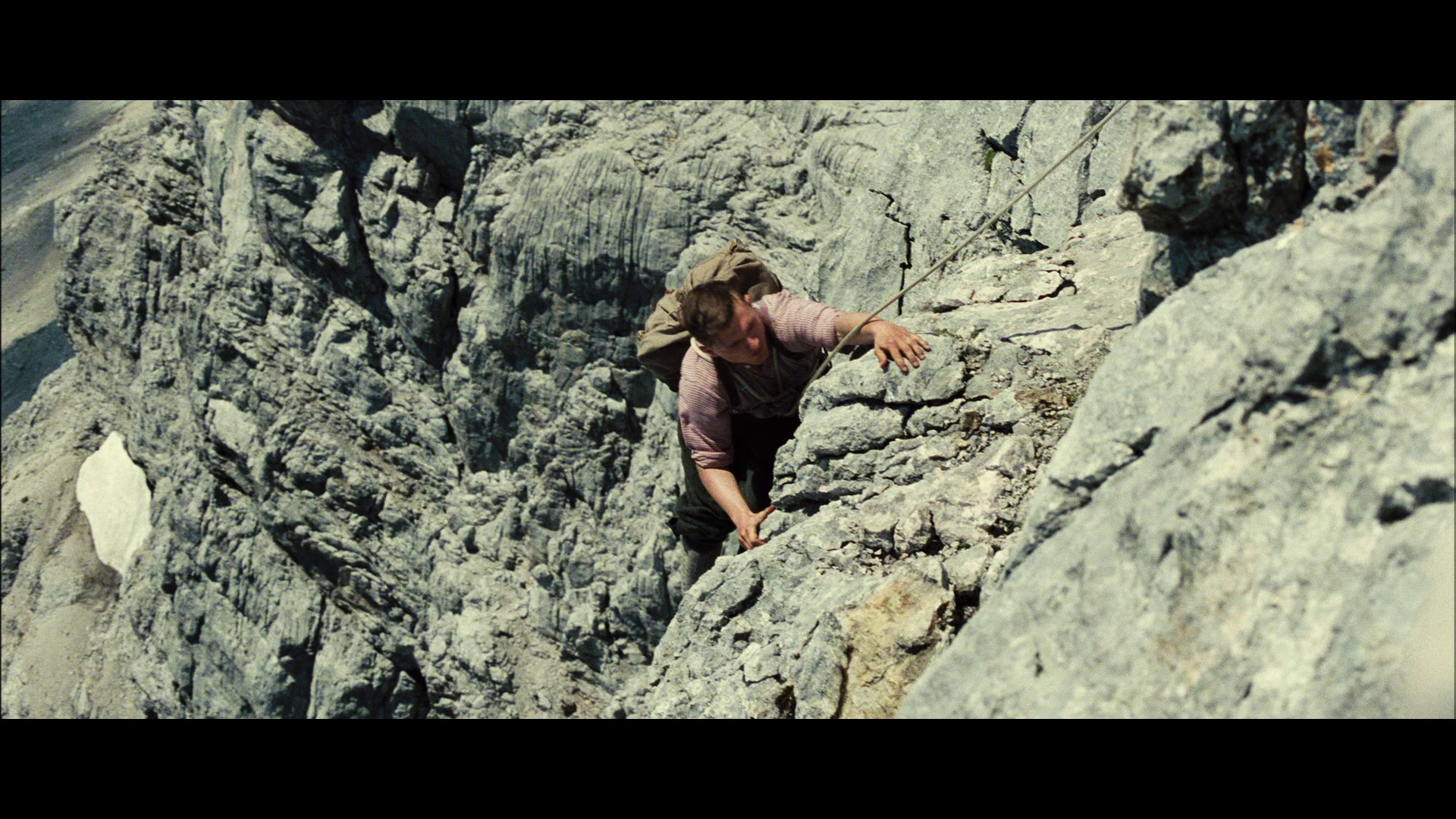 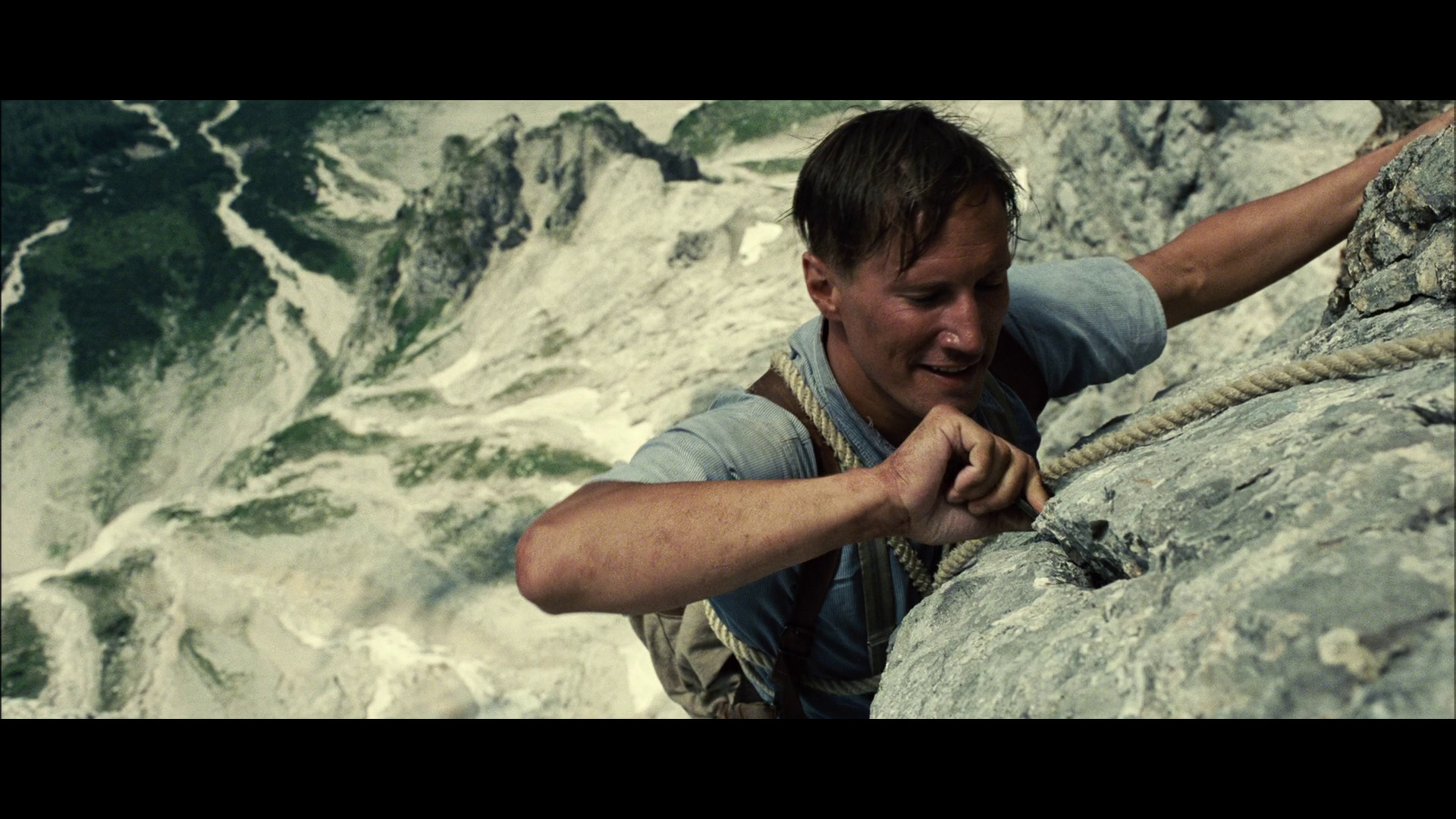 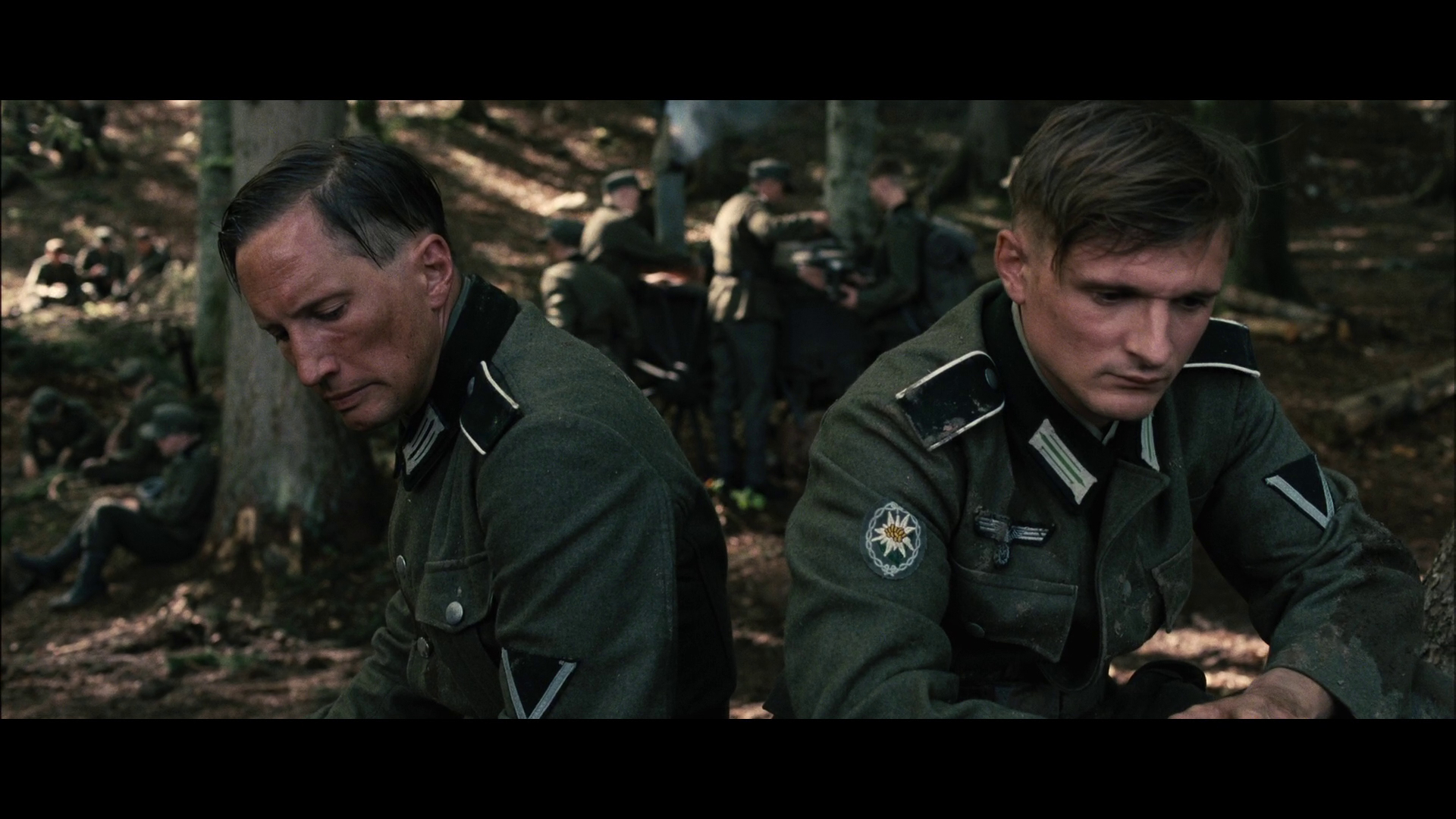 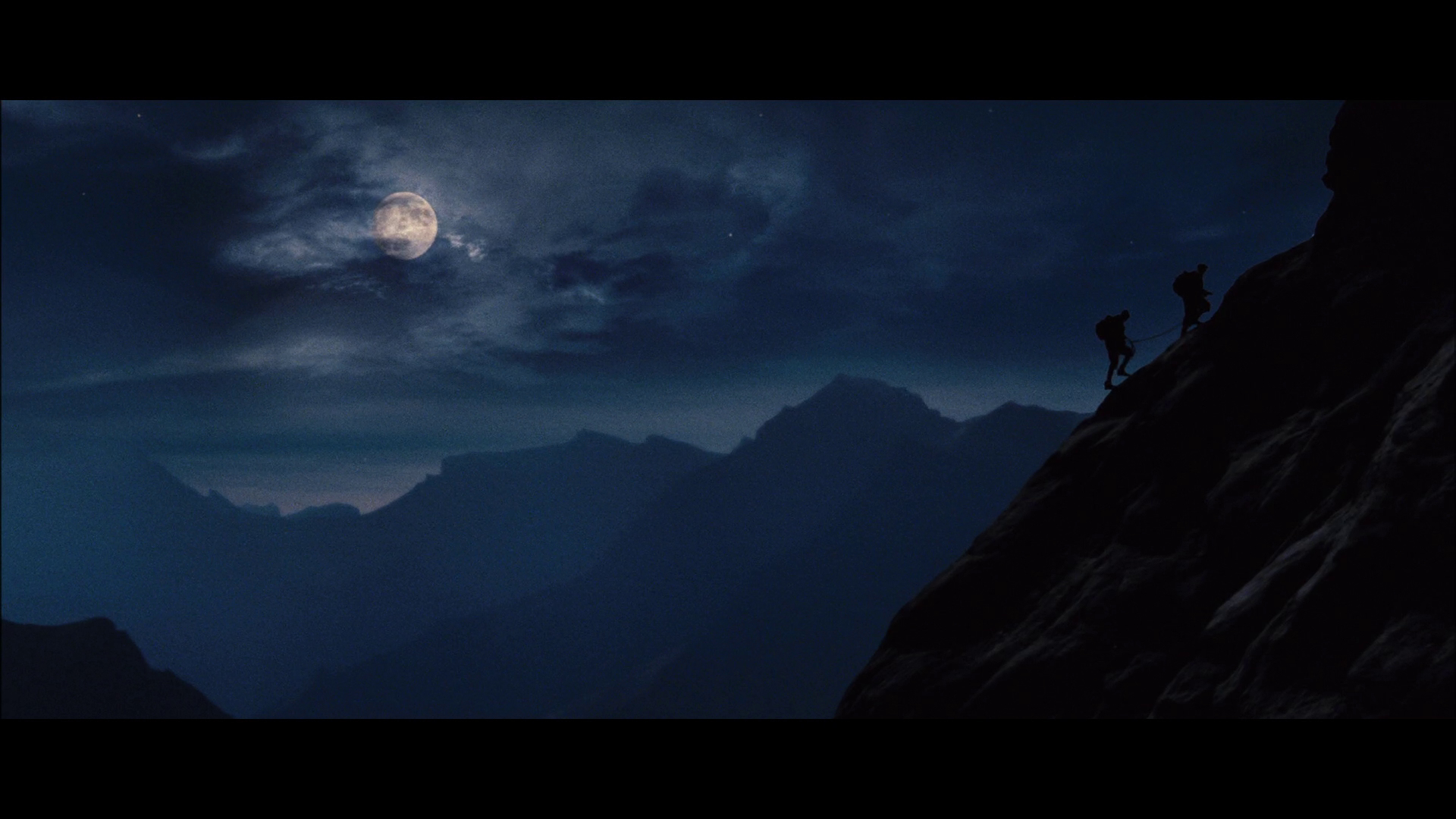 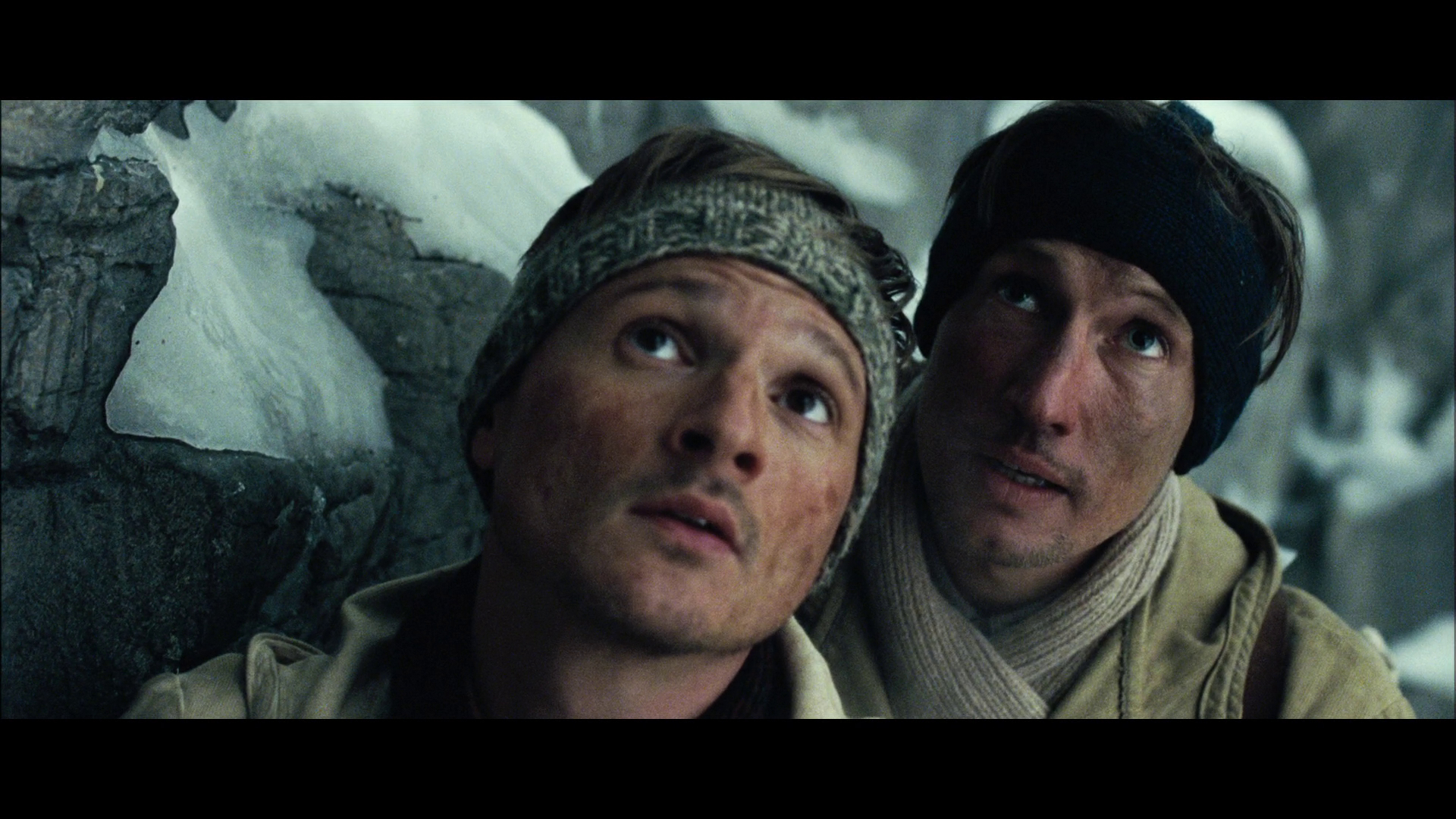 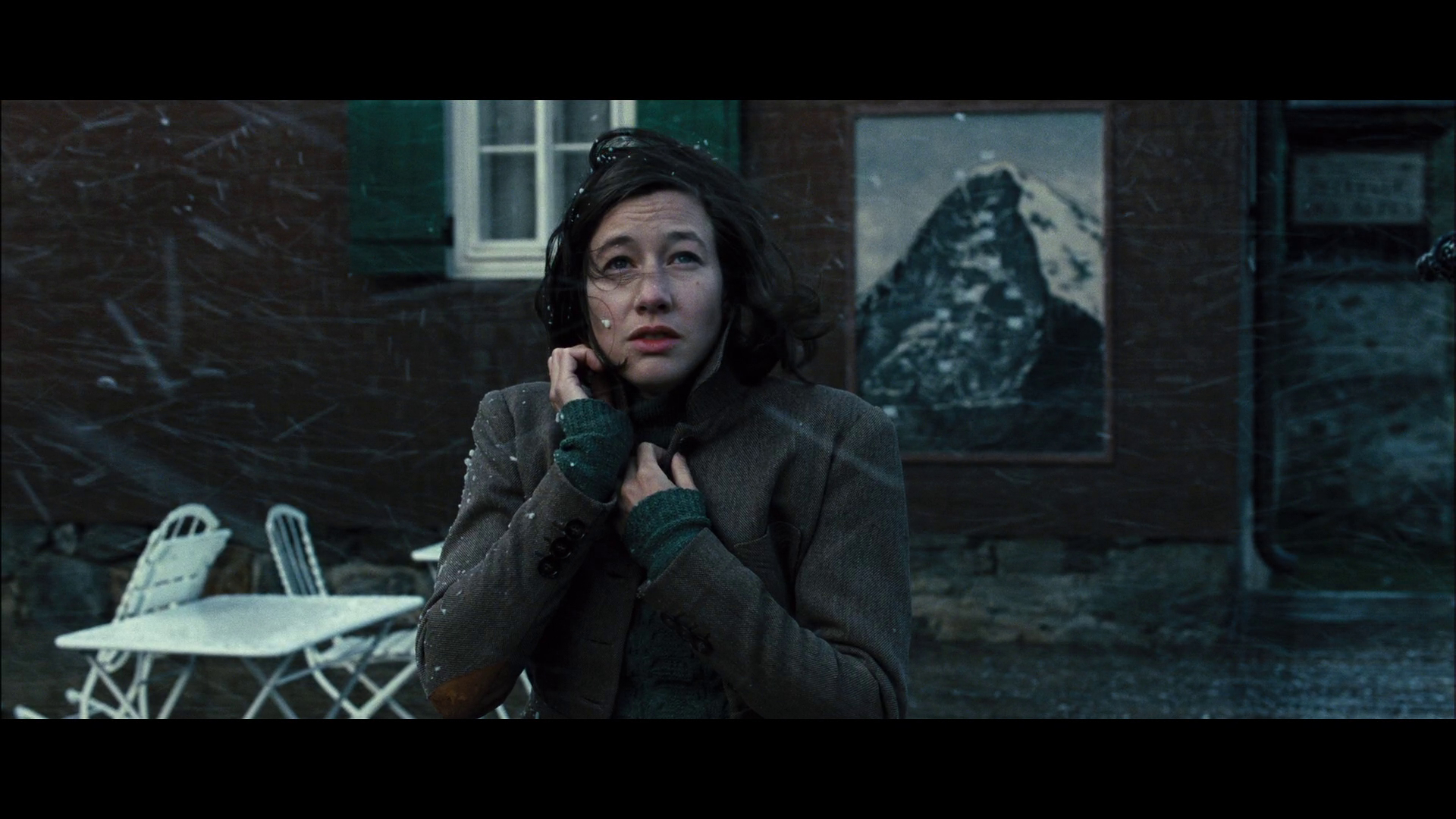 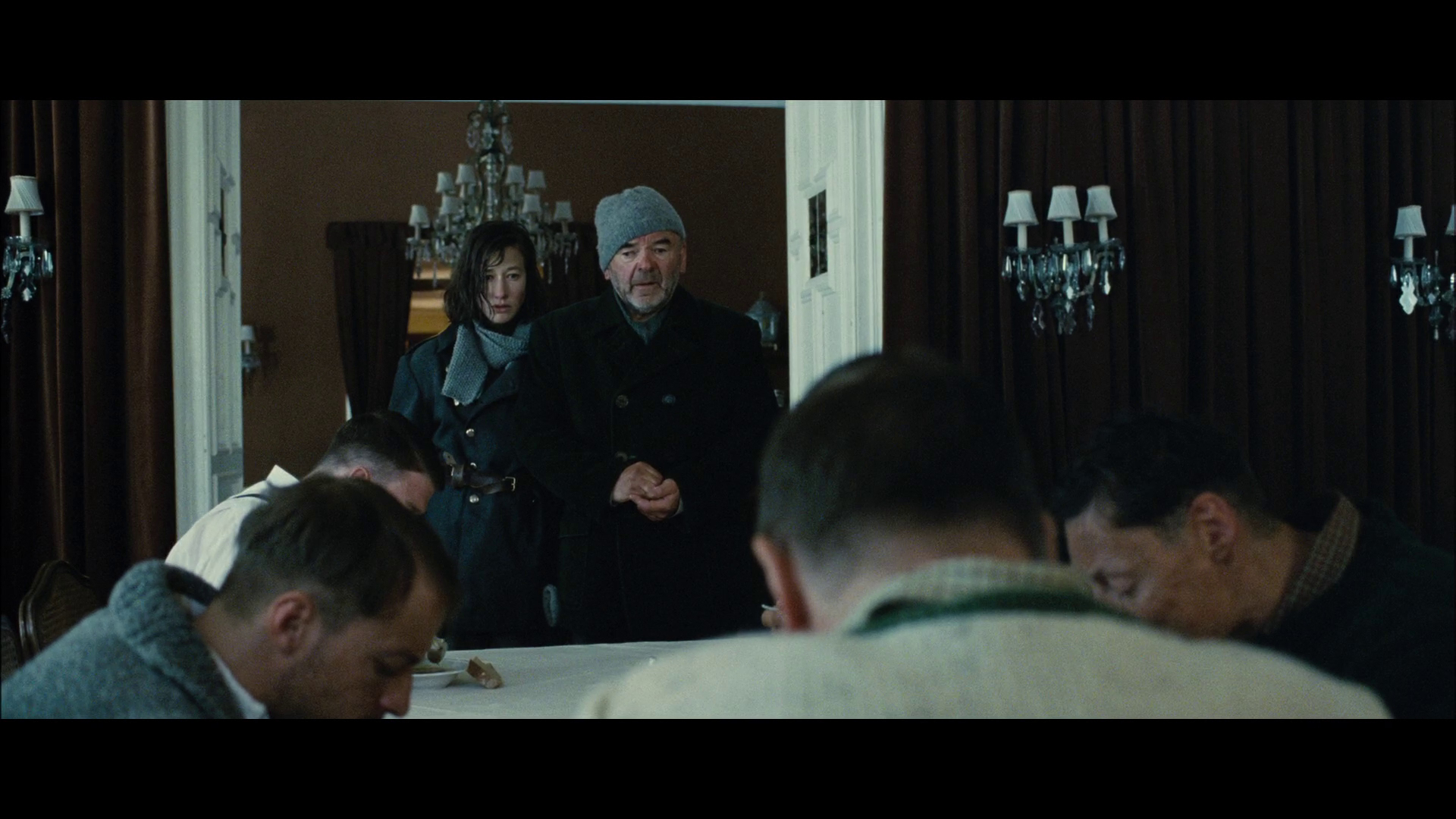 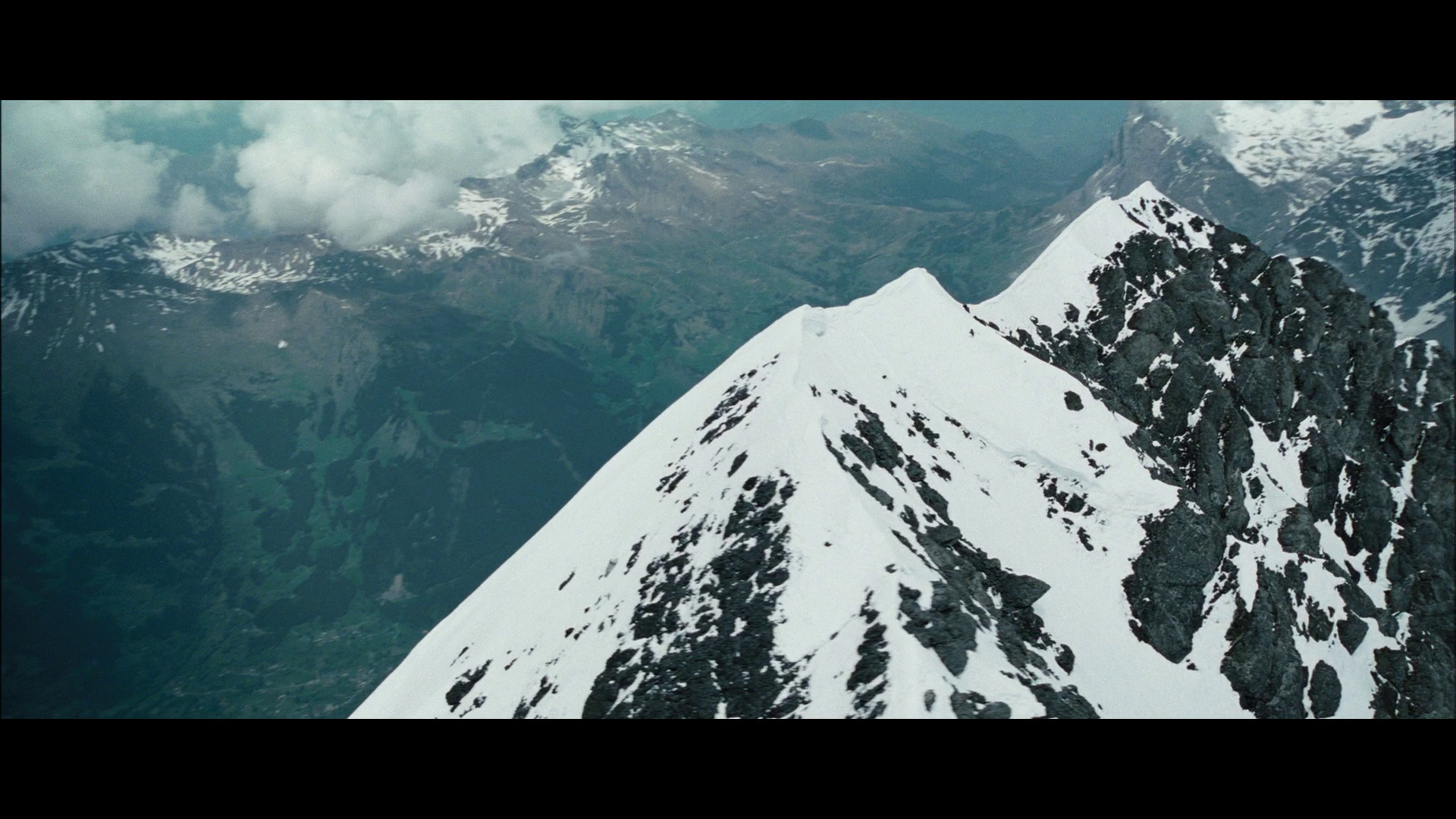