Extraordinary Adventures of Adele Blanc-Sec, The


Please Note: The stills used here are taken from the standard-definition DVD included in the package, not the Blu-ray edition under review. 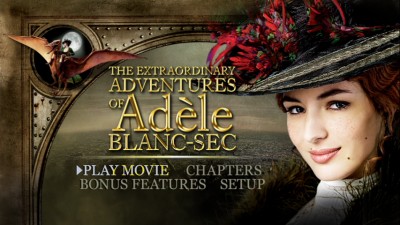 There's a million ways a film can go wrong, and though probably not nearly that many reasons exist to explain why The Extraordinary Adventures of Adèle Blanc-Sec doesn't work, it's still like sorting needles out of a very tall haystack. Since its blink-and-you'll-miss-it release in 2010, I've been waiting for a chance to see The Extraordinary Adventures of Adèle Blanc-Sec in the hopes it wasn't nearly as forgettable as folks were saying. I suppose I would have been fine waiting forever, at least then I'd be saved the disappointment.

Still, the hope was there. Because for as many reasons as there are for a film to go belly up, there are equal and opposite reasons for why it might work. Why shouldn't The Extraordinary Adventures of Adèle Blanc-Sec be good? I like the Jacques Tardi comic books that the movie is based on, and in theory, I like Luc Besson, who climbed back in the director's chair to make this, his first live-action feature since Angel-A in 2005. Sure, he's been writing and producing a lot of stinkers in recent years, but he's also the guy who made Leon: The Professional and The Fifth Element. Maybe he just needed some good source material to reinvigorate his creative prowess.

The Extraordinary Adventures of Adèle Blanc-Sec stars Louise Bourgoin as the titular heroine, a plucky newspaper reporter famed for, well, her extraordinary adventures. A period piece set in the early 20th Century, The Extraordinary Adventures of Adèle Blanc-Sec opens with Adèle on expedition to Egypt looking to dig up a Pharaoh's mummified physician to take back to Paris, where he will be revived so that he can use ancient medicines to cure Adèle's sister, who went catatonic after an accident. As bad luck would have it, however, the scientist who was intended to help with the reanimation process has decided to test his skills on an unhatched dinosaur egg. Now a live pterodactyl is terrorizing Paris and the doc is being held responsible for the deaths the winged reptile has caused already. Now Adèle must tangle with the police, including the bumbling Inspector Caponi (Gilles Lellouche, Mesrine: Killer Instinct), if she's ever to complete her intended mission. 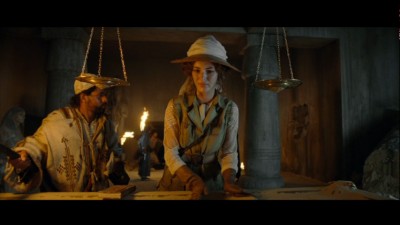 It sounds like fun, doesn't it? A fellow critic describes The Extraordinary Adventures of Adèle Blanc-Sec as "Amelie meets Indiana Jones" in a quote on the BD box, and that's pretty much right on the money. At least in theory. Besson fails to capture the magic of either Jean-Pierre Jeunet or Steven Spielberg. His mash-up plays like a cheap knock-off. It's full of intentionally cartoony performances and unintentionally cartoony special effects--which wouldn't be a negative if Besson's cartooning was anywhere near as sophisticated as Jacques Tardi's. The comic book's detailed line work and dry wit are nowhere to be found in The Extraordinary Adventures of Adèle Blanc-Sec; they have instead been replaced by a desperate energy that is counterproductive to actually generating any real sparks. All the pieces fit, but the puzzle isn't all that interesting.

The one exception is Louise Bourgoin, who is actually very likable as Adèle. Beyond looking the part--her wardrobe, with all of its hats and skirts, is very faithful to the source material--she manages a winning mix of sass and tenacity. Were producers somehow able to salvage a franchise from this debacle, they could do so without having to recast the lead.

But Ms. Bourgoin likely shouldn't hold her breath. Hardly anyone saw The Extraordinary Adventures of Adèle Blanc-Sec, and few who did are clamoring for a sequel. Which is altogether too bad, since there are a lot of Adèle Blanc-Sec graphic novels to draw from. Then again, I suppose since those exist, and since Fantagraphics has been publishing them in handsome English-language hardcovers for a while now, no one really needs a pale imitation. It's a cliché because it's true: the movies are never as good as the books, anyway. 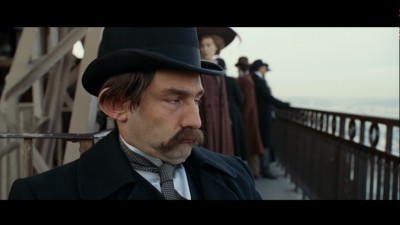 Video:
Shout! brings The Extraordinary Adventures of Adèle Blanc-Sec to Blu-ray as a 1080p HD transfer mastered at a 2.35:1 aspect ratio, anamorphic widescreen. The image quality is very good, with vibrant colors and sharp resolution. I didn't notice any issues with DNR, nor were there old-school digital problems like ghosting or jagged lines. For all the complaints you could make about the movie, the home video presentation looks superb.

Sound:
Okay, a quick nitpick: I didn't like that the Blu-Ray automatically defaulted to the multichannel English dub. Forget the fact that I don't like dubs in general, but it's also a pretty bad one. It was so exaggerated, it almost sounded like a parody. The original French soundtrack is much better. Both options are presented in DTS-HD Master Audio 5.1, as well as PCM Stereo. The multichannel mix has a lot of girth and good ambient effects. Dialogue is crisp, and music and foley both pack a punch.

The optional English subtitles are easy to read and have a lot of character.

Extras:
The Extraordinary Adventures of Adèle Blanc-Sec comes in a regular BD case with a slipcover, and both a standard edition DVD and a digital download code are included. 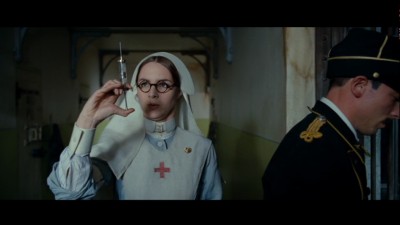 A 26-minute making-of featurette shows on-set footage, beginning with Besson's reasons for optioning the material and a little history on Tardi's comic. The author is also interviewed, and comparisons are shown between movie frames and comic book panels. Many different sequences are covered, including a focus on the make-up and the many different disguises that Adèle wears, as well as creating the various historical locations.

A second featurette, just two minutes long, focuses on the creation of the music, including Louise Bourgoin's contribution to the soundtrack.

Four deleted scenes are also included. All of them feature more of Adèle with her sister.

FINAL THOUGHTS:
A fun starring performance from Louise Bourgoin and my general respect for Jacques Tardi's original comics lead me to err on the side of Rent It, but only just so. The movie version of The Extraordinary Adventures of Adèle Blanc-Sec is kind of a whole lot of nothing. Luc Besson's inauspicious return to the director's chair is mediocre through and through, failing to pick up any electricity as it chugs through its imaginative narrative. I mean, hell, there's a pretty girl riding a pterodactyl and wrangling mummies! This should have been pretty cool, right? An awesome Blu-ray presentation can't cover up the fact, though, that The Extraordinary Adventures of Adèle Blanc-Sec simply flops. 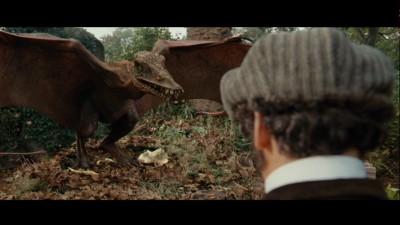