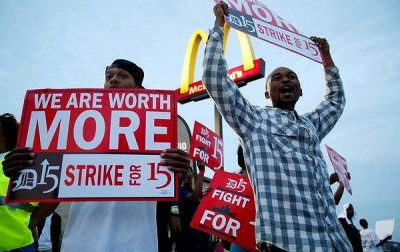 You might want to check your own bank balance before you buy your ticket for Inequality for All. Depending on how significant the percentage of what's there will go toward your admission, some of this money-minded documentary might hit you pretty hard. "How much is in your checking account?" is a regular question that the film's central commentator, Robert Reich, asks of the regular citizens he interviews. The answer never amounts to much.

Reich knows of what he speaks when he talks about tough economic times. He was the former Secretary of Labor under Bill Clinton, and is currently a lecturer at UC Berkeley. Jacob Kornbluth's film is based on Reich's writing and lectures. The subject is the growing disparity between the wages made at the very top of American industry and the base pay given to those at the bottom who make the products or provide the work from which these rich men profit. Reich's main concern is the stagnation of workman's pay, a trend that started in the late 1970s, and how that has affected the economy. How can business be booming and yet the American worker be so poor?

There are, of course, many factors. These include lower tax rates for the wealthy, globalization, union busting, and various other economic and political shifts that valued the bottom line over the human laborer, squeezing the middle class and causing jobs to vanish. Reich is a seasoned teacher and raconteur, and he lays out his analysis in an easy to digest, entertaining fashion. His presentation is non-partisan, despite his personal politics, and he even holds himself accountable for not having done enough in the 1990s when the government reins were in his hands. In the midst of this, we see him speaking to various audiences, including his students and a group of workers from a power plant that's considering unionization. He also talks to different people affected by the housing crisis and the 2007 market crash and gets their personal stories.

Of his human subjects, the most fascinating is a Seattle-based venture capitalist who has realized that enough is more than enough, and who honestly lays out why it makes no sense for any one person to have so much money. He is Reich and Kornbluth's best tool for explaining the idea that an economy should not be trickle down, but middle out. It's the middle class who spends money, and this creates a demand for more product and more jobs, and a capitalist society can only survive when the middle class is healthy.

Inequality for All makes a convincing case, one that is backed up by history. The pattern of greed that Reich reveals is astonishing. What is even better, though, is that Reich is so optimistic, and so fundamentally humanist, he goes a long way to making us believe that since we fixed these problems once, we can fix them again. 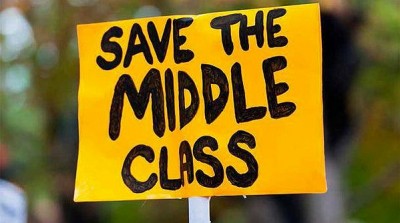