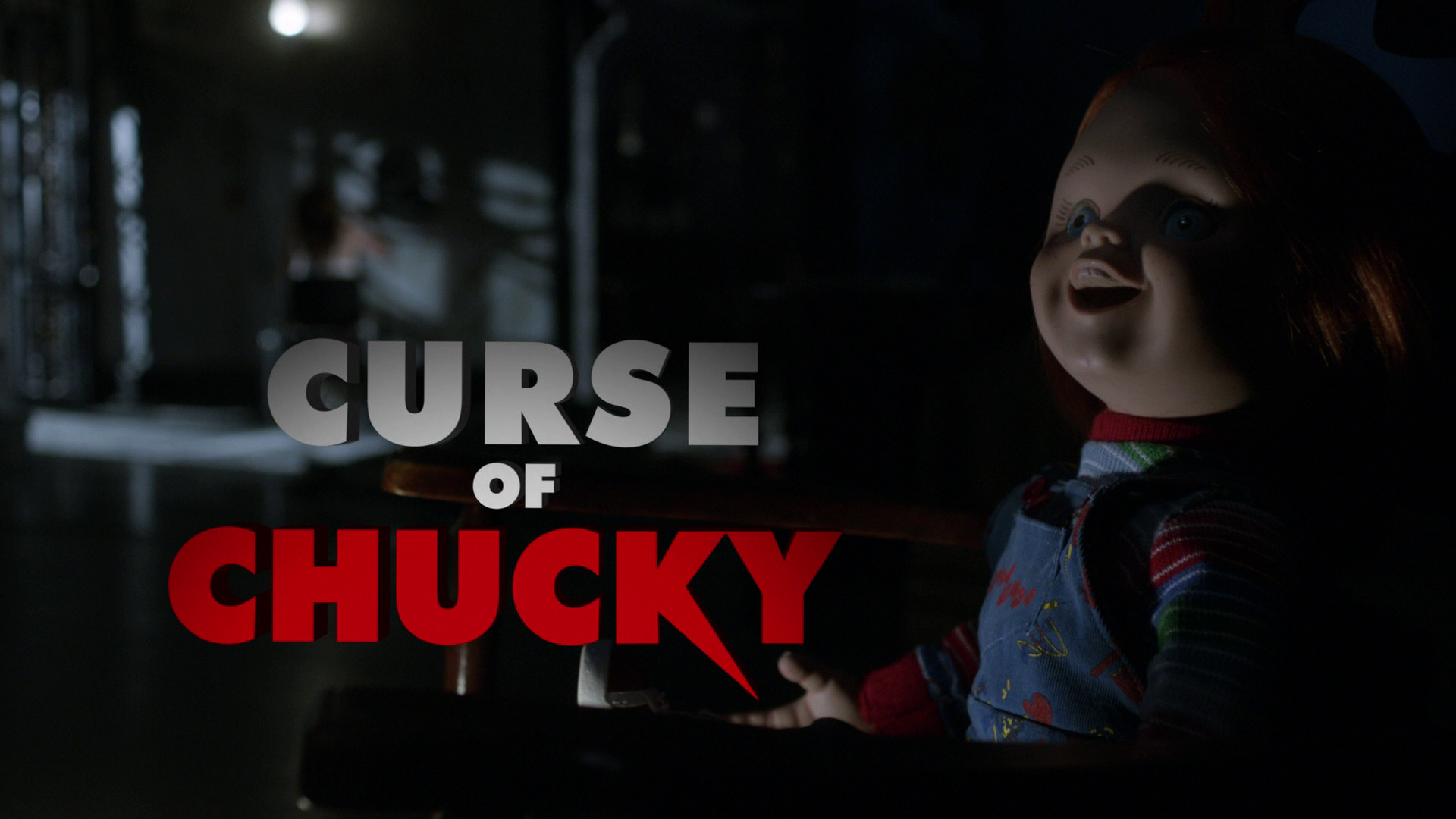 While Curse of Chucky shares a director - Don Mancini - with Seed of Chucky, the previous sequel in the Child's Play series, it mostly drops the black humor of that film in favor of returning to the franchise's horror roots. This direct-to-video sequel is actually much better than expected, and it moves the story forward in an interesting way. Chucky (voiced by Brad Dourif) shows up in the mailbox of paraplegic Nica (Dourif's daughter, Fiona), who has an unexpected connection to the serial killer whose spirit possesses the doll. Mancini and company stretch the budget to cover some nice practical and digital effects, and supporting players Danielle Bisutti, Brennan Elliott and Maitland McConnell provide good performances. The action is mostly limited to Nica's crumbling homestead, and Curse of Chucky allows a few mundane scenes to run too long. Limited set-ups and their related issues are common in low-budget filmmaking and can be forgiven. Curse of Chucky is no masterpiece but it should allow the franchise to live on for several more Chucky misadventures.

Nica lives with her slightly oppressive, boozy mom (Chantal Quesnelle), and one day receives a large box containing a shiny, apparently new Good Guy Doll. Neither woman knows why they received the doll, which winds up in a trashcan. Nica's mom soon dies under mysterious circumstances, and the Good Guy Doll is seen propped up in a nearby chair. Nica's older sister, Barb (Bisutti), brother-in-law, Ian (Elliott), and niece, (Summer H. Howell), soon arrive with their live-in nanny, Jill (McConnell), for the funeral. Barb suggests selling the house and moving Nica to an assisted-living facility, an idea Nica totally opposes. As the parties retire to bed angry, the Good Guy Doll begins scurrying about the house with nefarious intentions. No surprise here, Chucky is back! 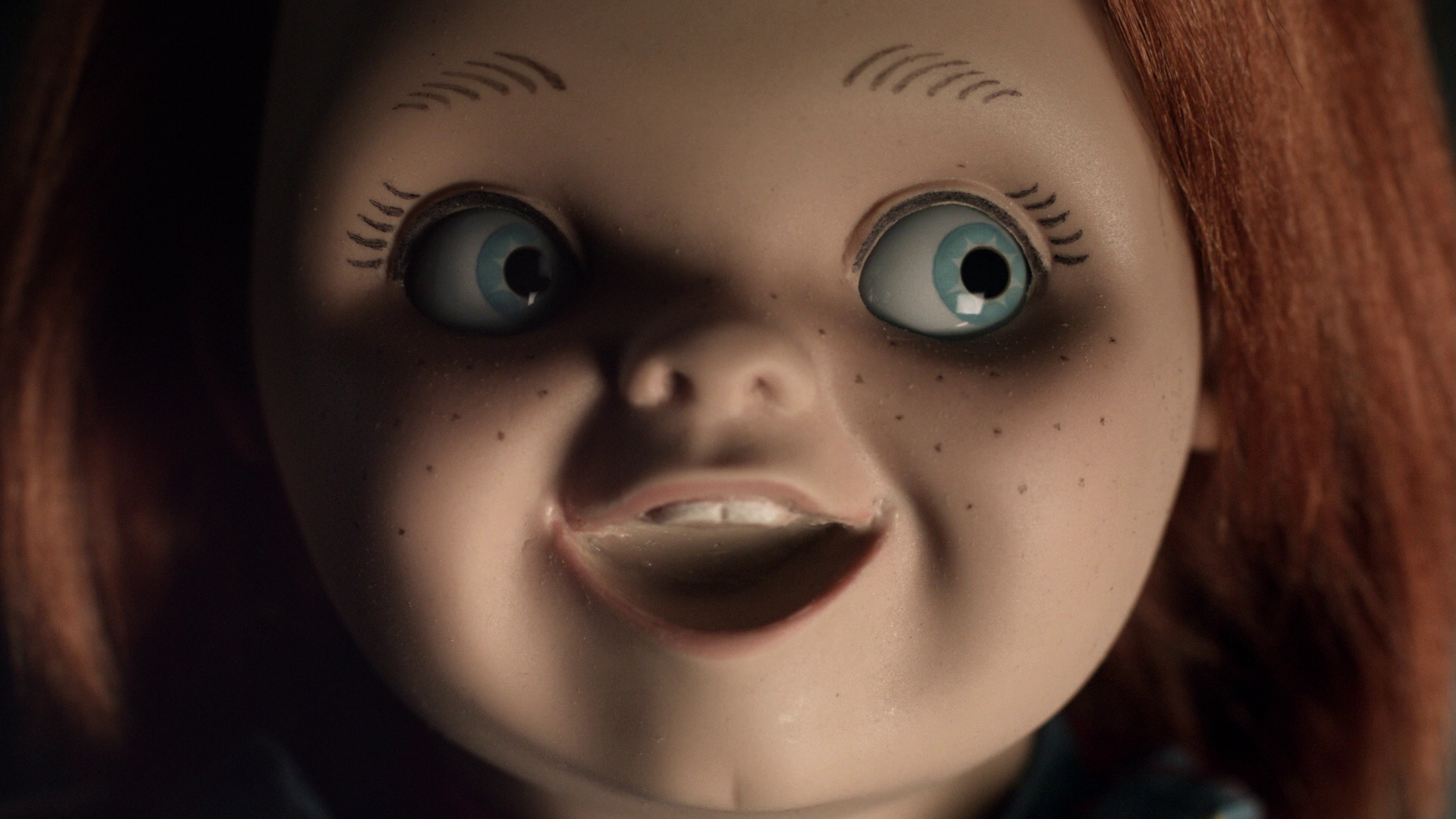 I won't spoil Curse of Chucky's connection to the franchise's overarching story, but Mancini, who also wrote and produced the film, came up with something pretty clever. Fans were divided on the silly tone and lack of true scares in Seed of Chucky and Bride of Chucky, so Mancini decided to take the franchise back to its roots, when Chucky was both menacing and profanely humorous. Curse of Chucky is a slow build, but it at least tries to keep Chucky's whereabouts a mystery and the audience on edge. There are a few too many low-impact shots of Chucky running around and hiding behind curtains, but the drafty mansion is a perfect place to play hide and seek. The gore effects are fairly impressive, too, and Chucky adds a few unique kills to his repertoire. The doll's new appearance, which is achieved through practical and computer-assisted means, varies a bit from the previous films.

Fiona Dourif does a nice job here with an unconventional character, and Nica's disability as written never feels like an unnecessary contrivance. Fiona looks a lot like her dad, who is not entirely convincing in flashback scenes as a young Charles Lee Ray. Dourif's face may have aged but his voice is as energetic as ever, and Chucky is given a number of good one-liners. The fun of the Child's Play films has always been in Chucky's cruel wit and merciless bloodlust. The films loosely tie together, sure, but each outing feels like an independent massacre. Here, Mancini created a unique core story with a likeable protagonist in Nica and expanded on the Chucky legacy. Fans should enjoy a few late-game cameos (be sure to stick around after the credits), and the film's modest objectives end up working in its favor. Curse of Chucky runs 15 minutes too long but is a surprisingly enjoyable sixth outing for old Chucky. 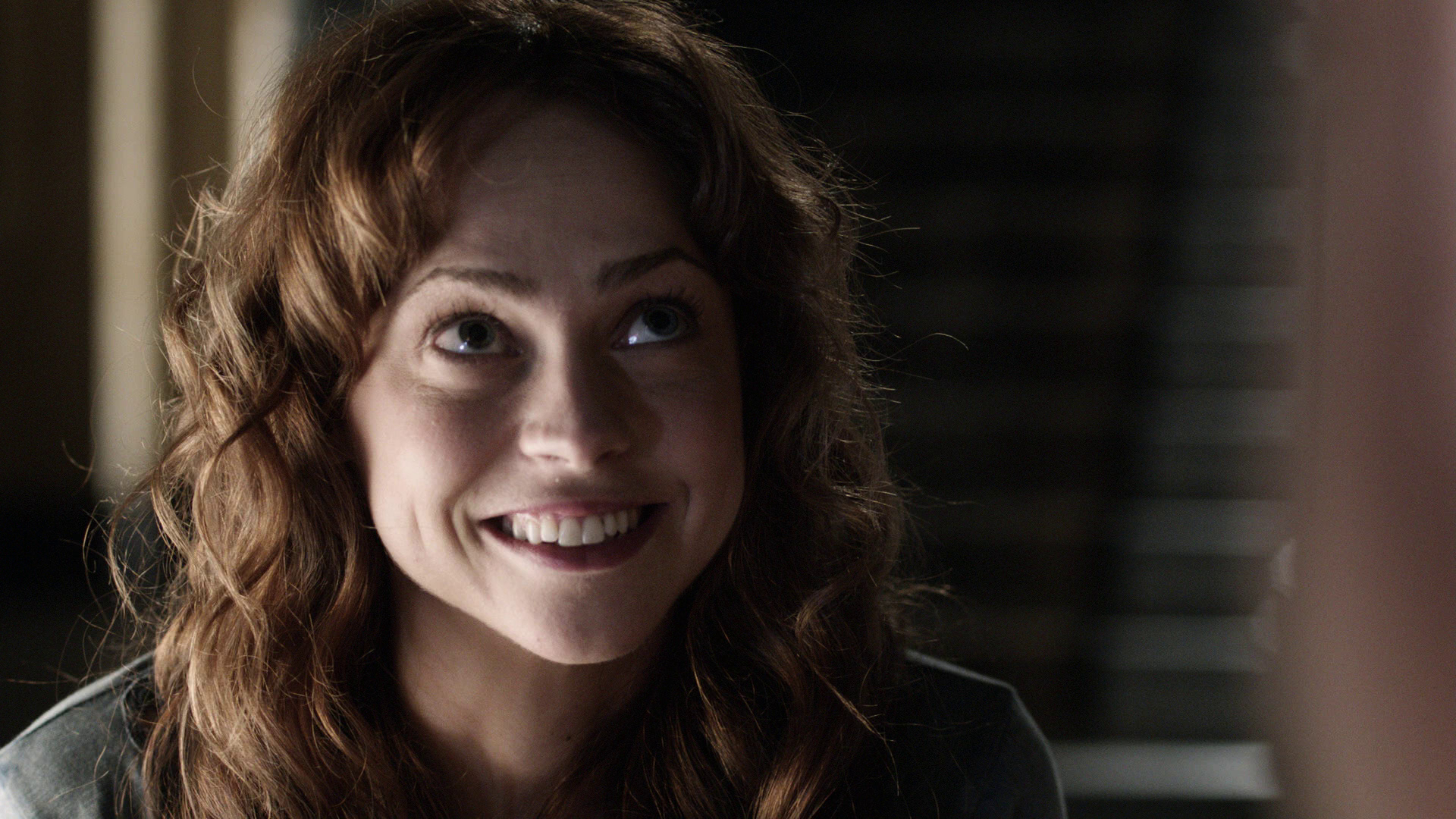 Universal provides a slick, detailed 1.78:1/1080p/AVC-encoded transfer for Curse of Chucky. The icy color palette and dingy surroundings don't lessen the detail and texture on display, and close-ups and wide shots are equally impressive. Black levels are strong, edges are crisp and clean, and shadow detail is good. Blood splatters are deep red, skin tones are accurate, and Chucky's outfit is appropriately dingy. There are no issues with artifacts, digital scrubbing, etc.

The 5.1 DTS-HD Master Audio soundtrack is appropriately atmospheric. Thunderclaps reverberate throughout the surrounds, Chucky's feet patter around the sound field and the subwoofer supports the mayhem. Dialogue is clean, the score is deep and the effects are layered appropriately. French and Spanish 5.1 DTS mixes are included, as are English SDH, French and Spanish subtitles.

Universal gives Curse of Chucky the usual "combo pack" treatment: Blu-ray/DVD/UltraViolet and iTunes digital copies. The discs are packed in a standard case, which is wrapped in a slipcover. The Blu-ray includes a 95-minute, R-rated version and 97-minute unrated cut for marketing purposes only. During the Commentary with Writer/Director Don Mancini, Actress Fiona Dourif and puppeteer Tony Gardner, the trio discusses continuing the franchise and pleasing the fans, as well as the production and general legacy of Chucky. Playing with Dolls: The Making of Curse of Chucky (15:34/HD) is a decent production featurette, while Living Doll: Bringing Chucky to Life (8:35/HD) reveals how the filmmakers created the walking, talking, knife-wielding doll. There are a number of Storyboard Comparisons (25:19/HD) introduced by Mancini, as well as a couple of mundane Deleted Scenes (6:17/HD). Finally, you get Voodoo Doll: The Chucky Legacy (7:08/HD), which could probably be expanded into a feature-length documentary, and a short Gag Reel (1:27/HD).

It's certainly not a perfect film, but Curse of Chucky is surprisingly good considering it's the fifth sequel to Child's Play and didn't receive a theatrical release. Director Don Mancini takes the franchise back to its horror roots, and Brad Dourif again provides the voice of murderous doll Chucky. A few scenes run too long and Chucky is off screen for much of the film, but Curse of Chucky moves the story forward in an interesting way. The scares are back after two silly sequels and Chucky remains an entertaining villain. Recommended for fans of the series. 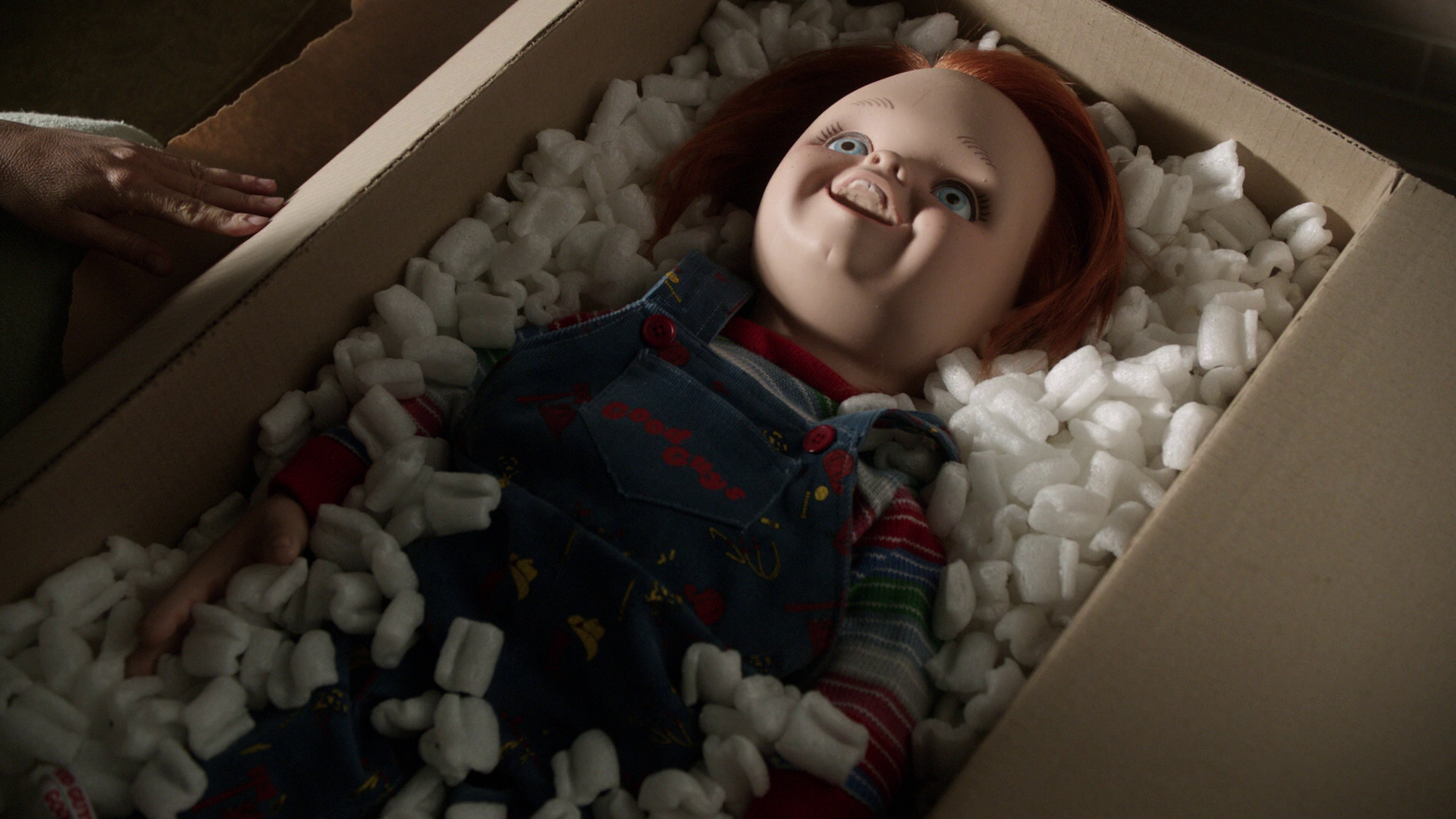 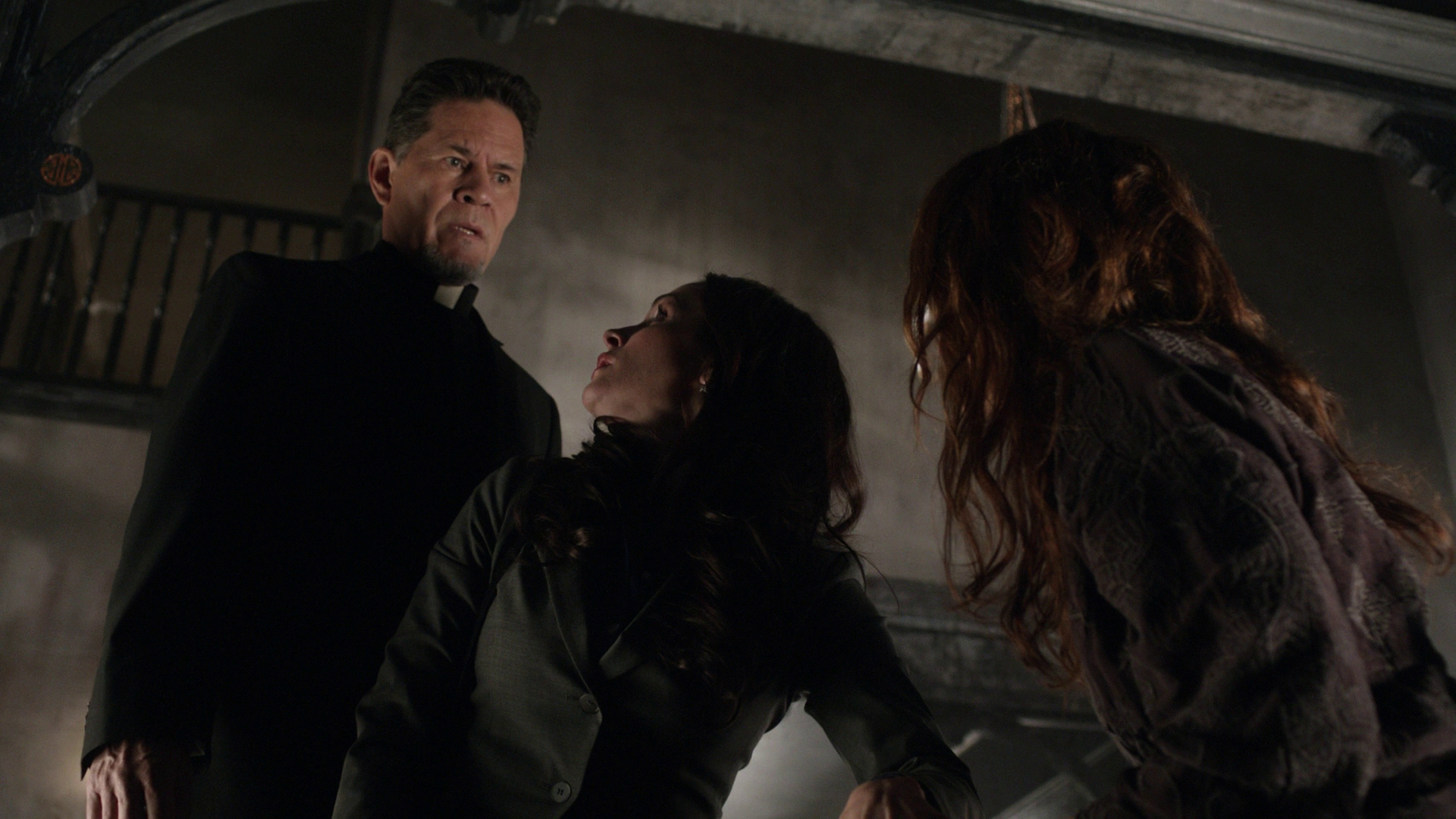 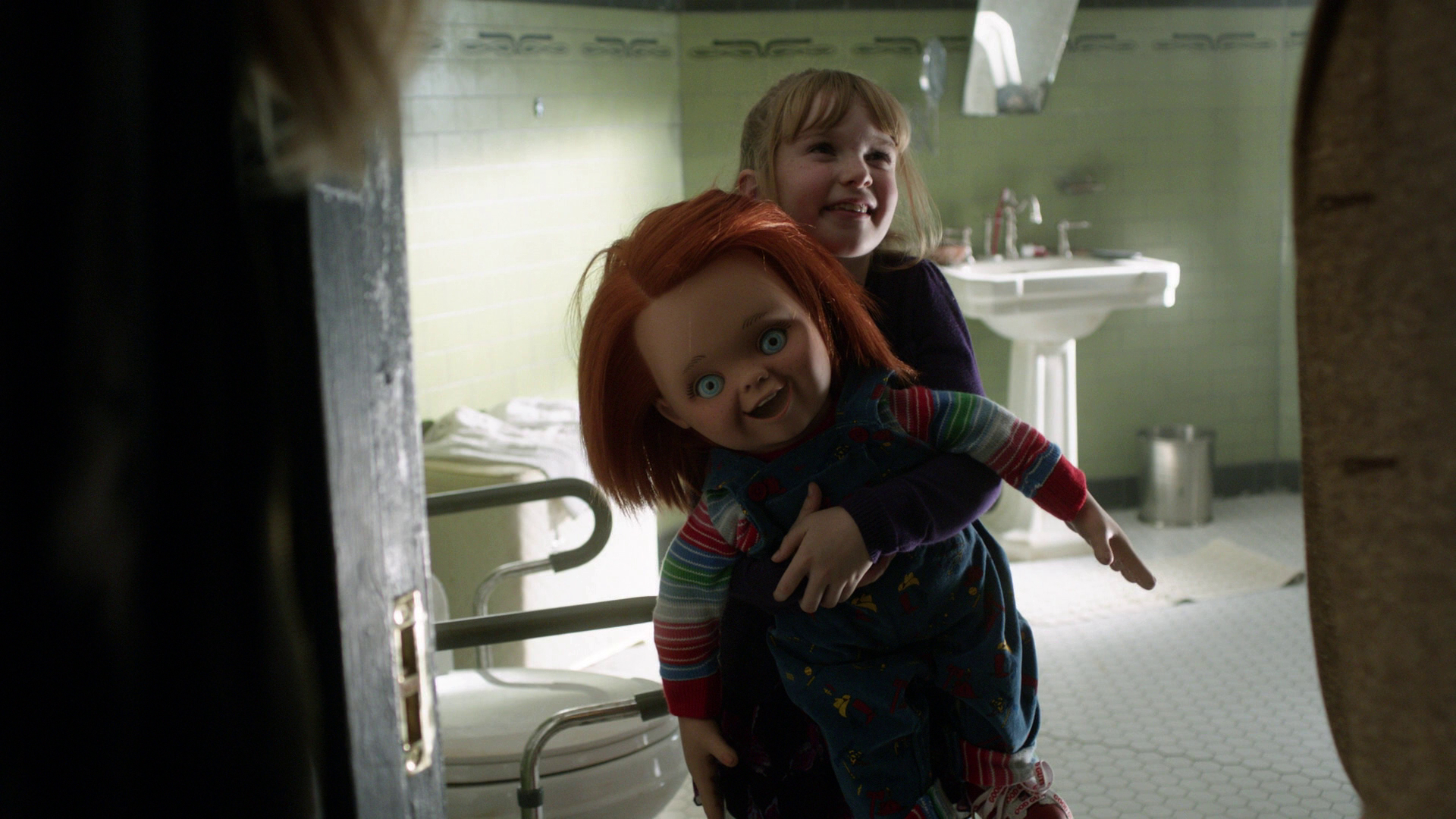 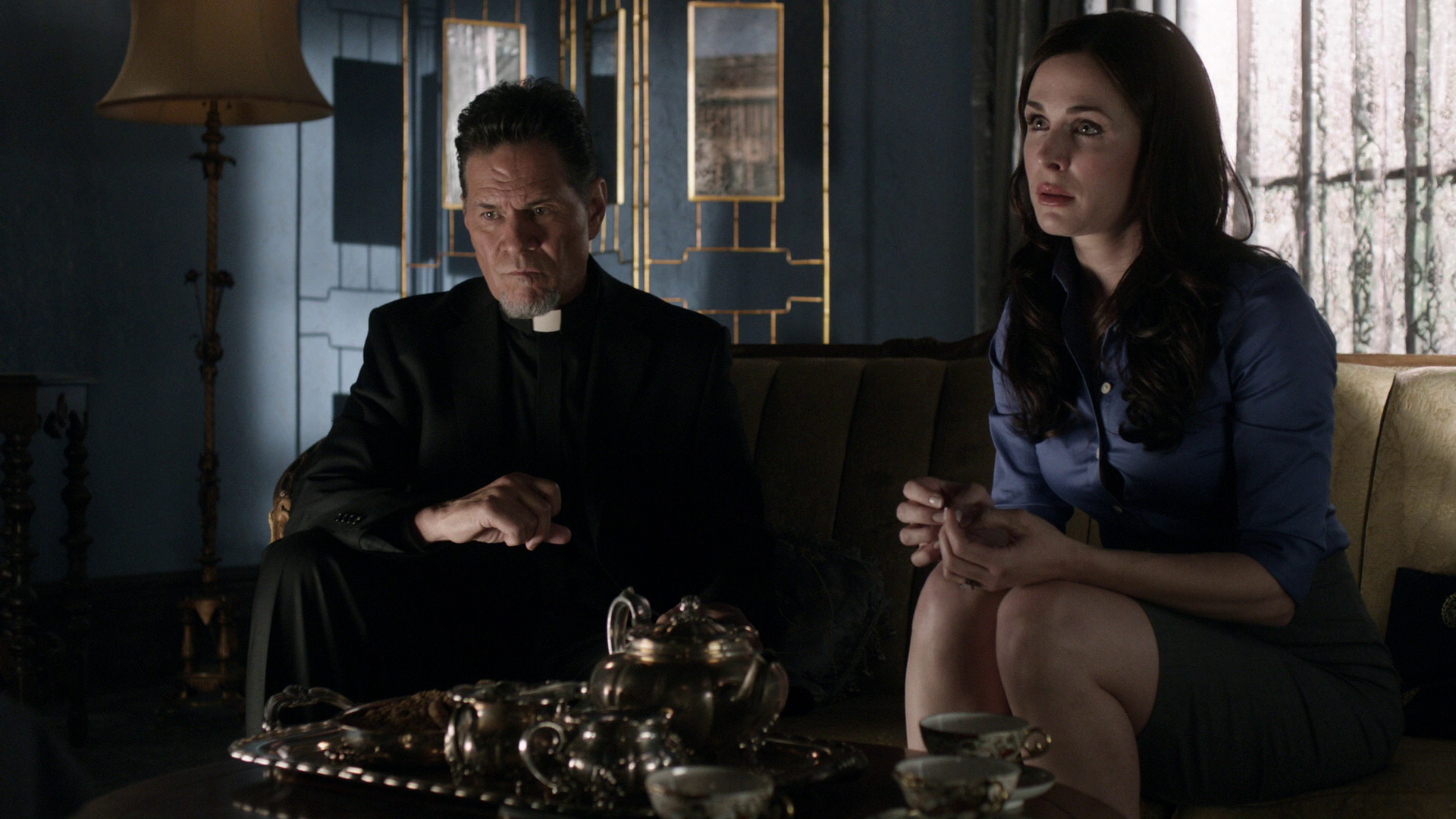 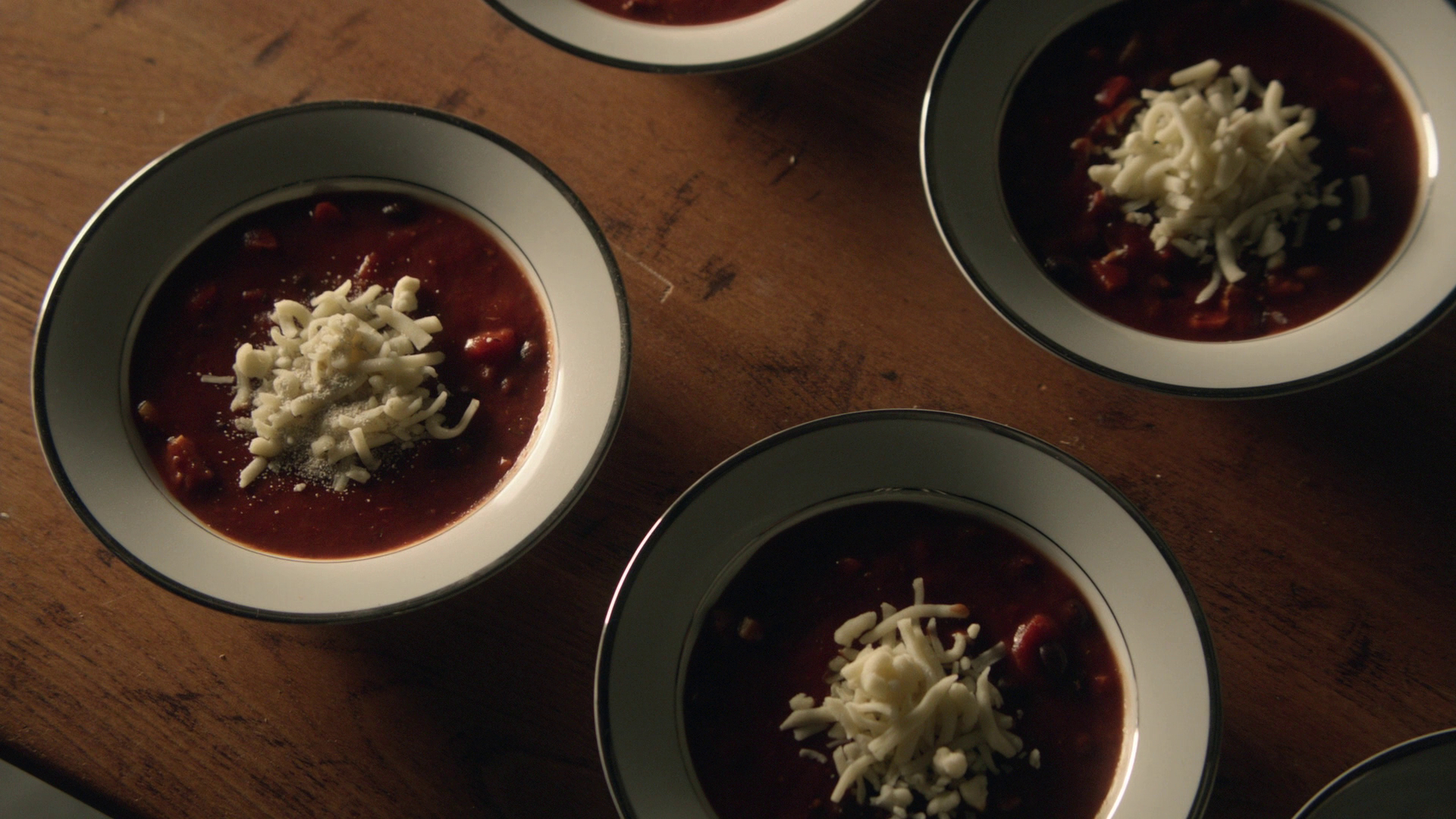 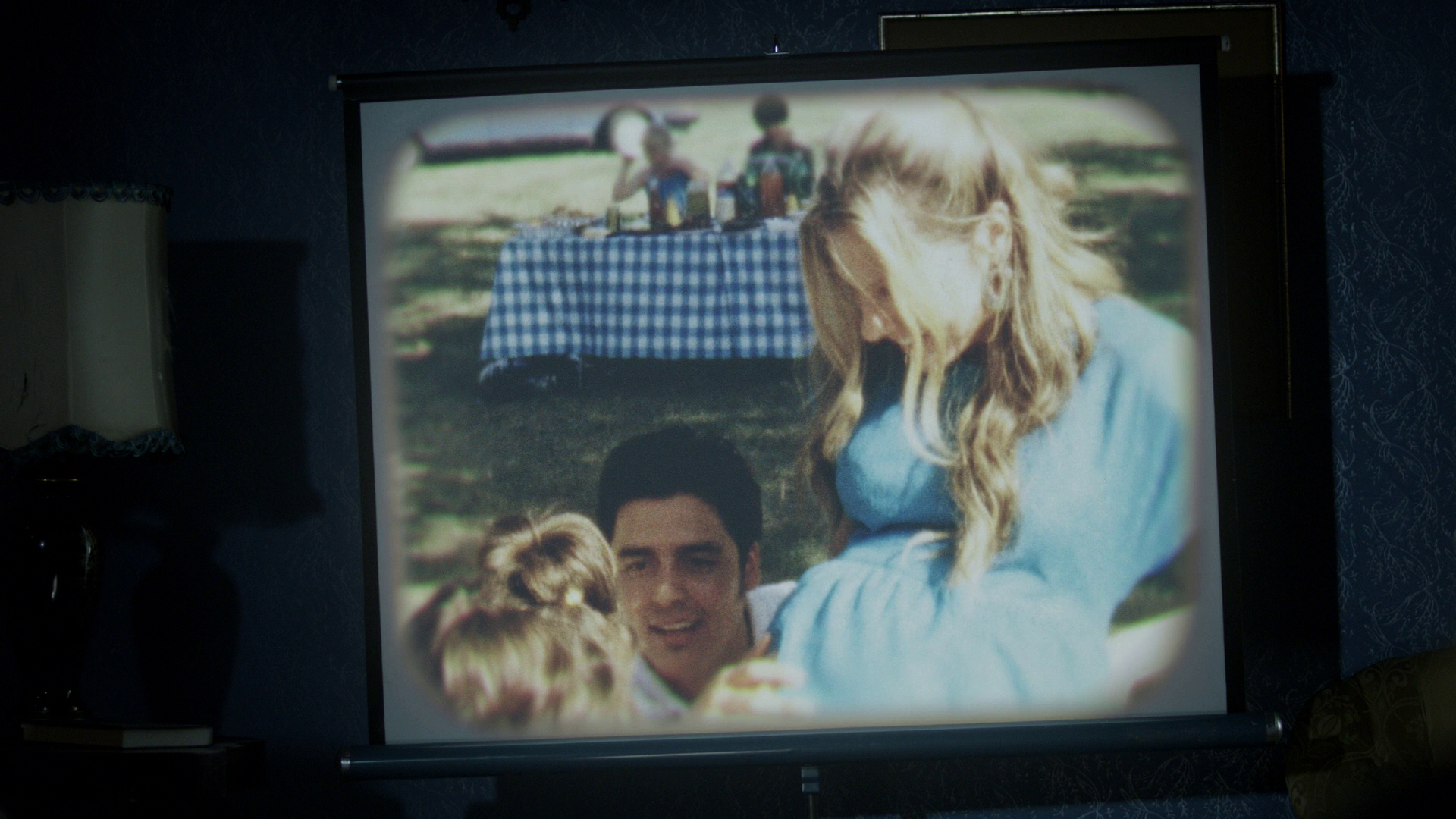 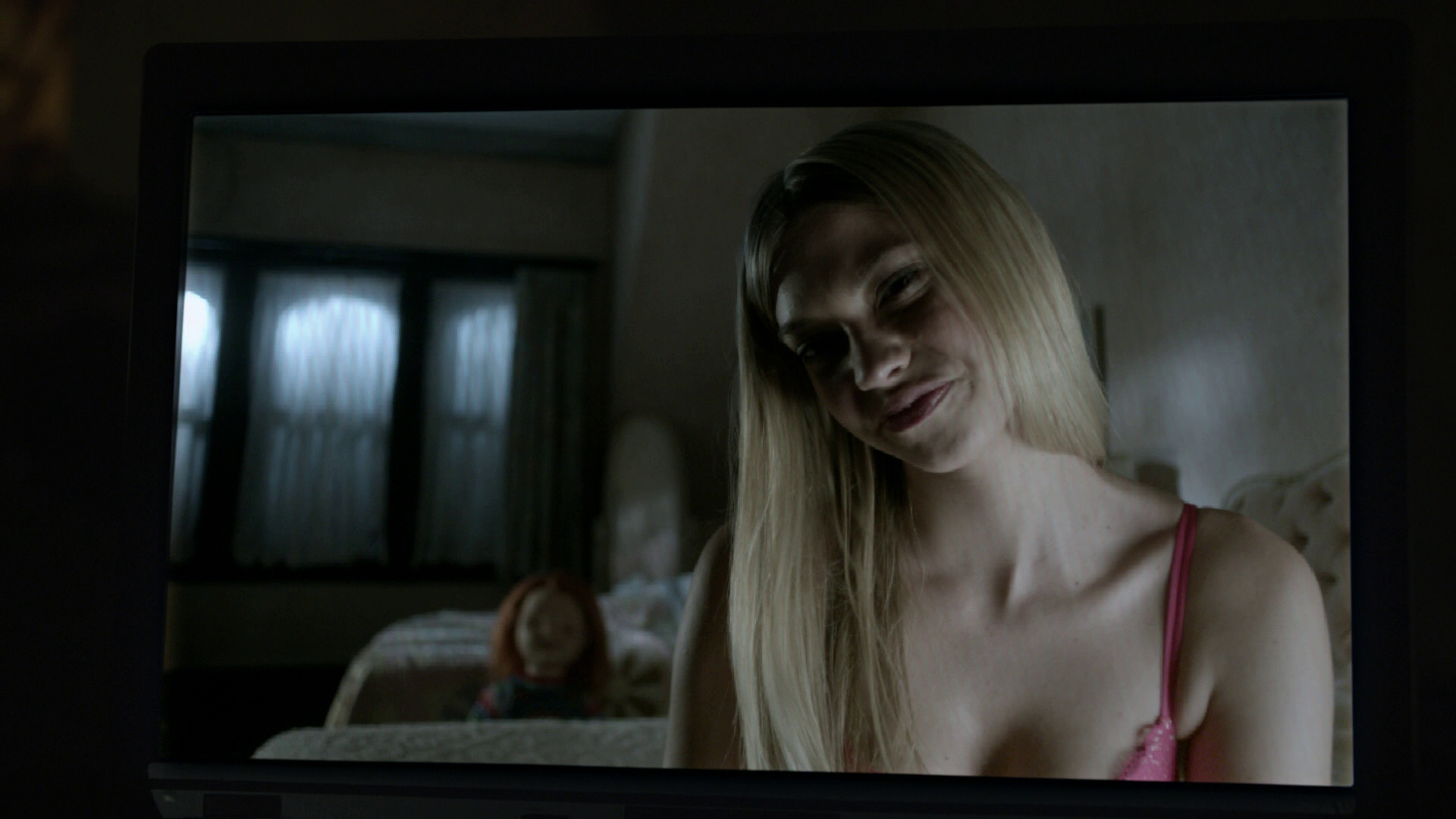 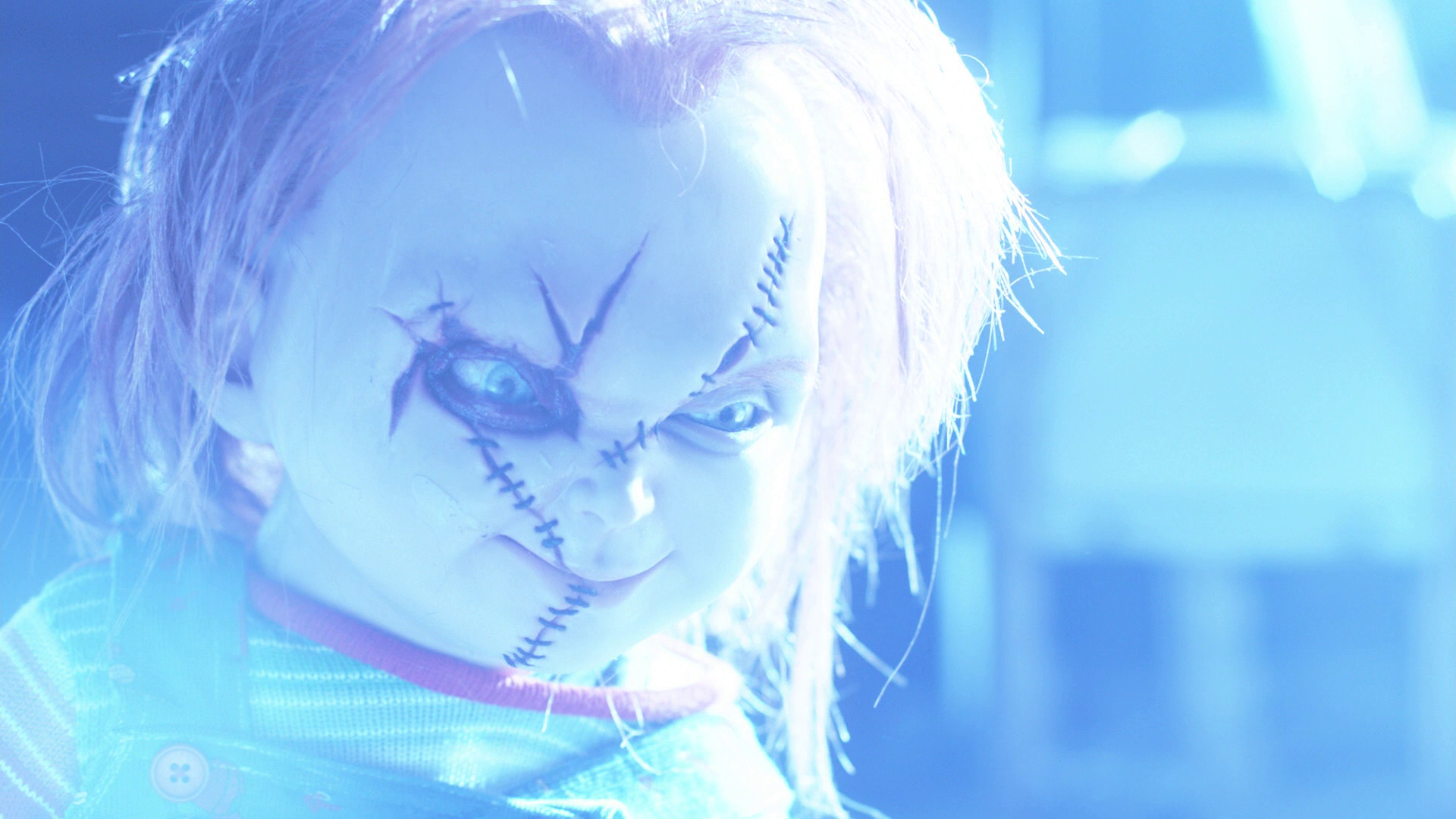