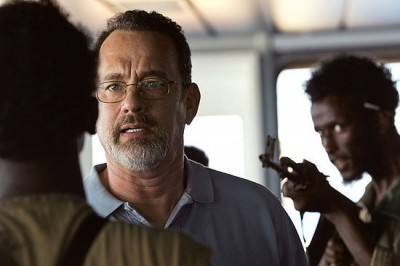 It's not an entirely facetious comparison. If you've yet to recover from the intensity of Alfonso Cuarón's astro thriller, you might want to consult a doctor before seeing Paul Greengrass' clenched-tight Tom Hanks vehicle.

Captain Phillips is based on a true story from 2009 about an American cargo ship being taken over by Somali pirates. Hanks leads the picture as the Captain, and outside of a couple of character actors with very small roles, is the only recognizable face in a cast chosen for how well they contributed to the movie's realism. The ship's crew looks like it's made up of legitimate dues-paying sailors, and the four pirates look like genuine African mercenaries. The movie is about how Phillips attempts to manoeuvre and manipulate the invaders, keeping them away from his men and their haul long enough for the U.S. Navy to get to the location and intervene.

More specifically, it's a showdown between the Captain and two of the pirates: the smart and determined Muse (Barkhad Abdi) and the hot-headed Bilal (Barkhad Abdirahman). Both keep insisting they don't want to play games, but that is essentially what is happening: one long high-stakes game. Phillips can only survive by extending his gambits long enough to keep the more pragmatic of his attackers in charge. If Bilal gains control, bodies will start hitting the floor. 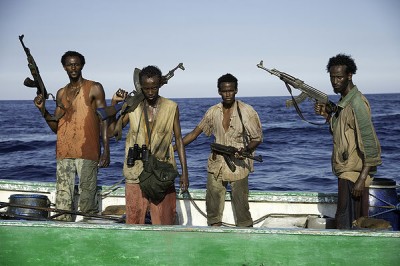 Paul Greengrass is known for the frenetic, nonstop action of the later Bourne movies and The Green Zone. He dials down the speed here, going more for the docudrama style of his United 93 feature, letting the story unfold in such a way that the reality of the situation emerges much as it would were we active participants. With each new move Phillips makes, we can only breathe easy for a short interval, we know it will all go wrong again just as soon as the bad guys catch their bearing. The intensity and the danger don't so much increase but remain consistent. In other words, the conflict doesn't keep growing more violent the way it would in a more conventional fictional thriller, culminating in a giant bloodbath. Captain Phillips is more about how men get backed into a corner and how they get out, only to cross the room and put their backs in a different but equally troublesome corner on the other side.

It's a lot to take in one sitting. There was little surprise that a small ripple of laughter trickled through the audience at my screening when the resolution finally occurred. It wasn't inappropriate laughter, but more the giggles of relief. Our only other option was to cry--which may happen, too. For my money, Greengrass saves the most difficult scene for last. Again, had this been a more conventional movie, the aftermath of the kidnapping would have been all about backslapping and congratulations. Instead, Captain Phillips shows us the toll of trauma and what we really should expect once the adrenalin wears off.

Tom Hanks is getting a torrent of much-deserved praise for his portrayal of Richard Phillips. The veteran actor appears completely at ease playing a regular Joe, which is all the more impressive given how irregular a situation he finds himself in. Despite being a starring role where he literally plays the title character, Hanks' approach is all about subsuming his ego. The key to Phillips is being crafty while appearing to be anything but. The common man as uncommon hero.

Just as good, though, are the two aforementioned pirates. Barkhad Abdi and Barkhad Abdirahman are both first-time actors, but you wouldn't know it by how well they come off in front of the camera. There is no affectation in either man's performance. You could just as easily mistake any number of their scenes for news footage were you to stumble upon Captain Phillips randomly. You'll never doubt these men for a second.

Which, again, is also why Captain Phillips comes off as so real, and thus is all the more nervewracking. Seeing is believing, and you'll be clenching your teeth watching every last frame. 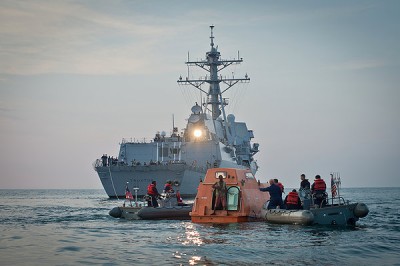