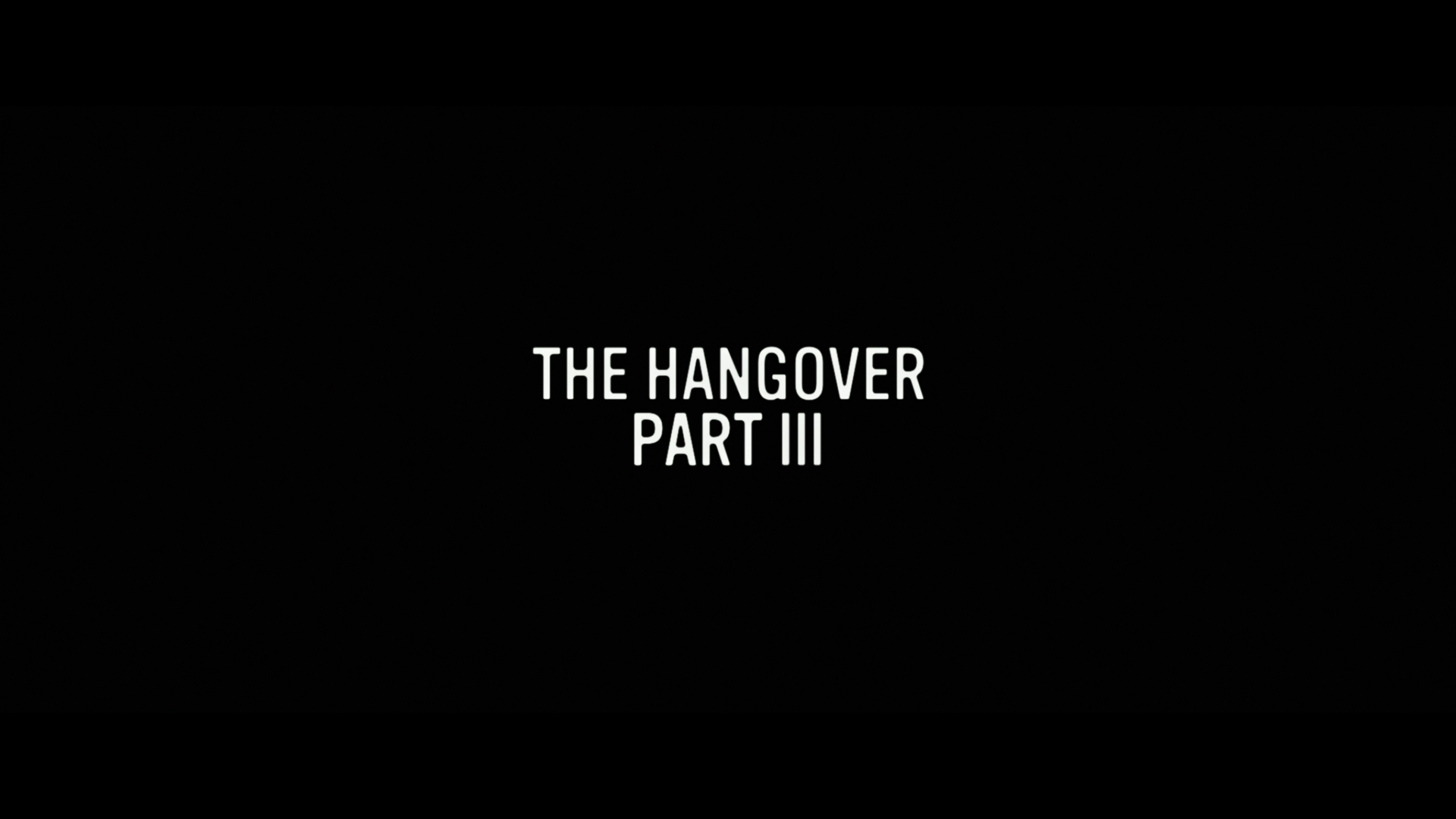 Director Todd Phillips' Hangover Trilogy, which began with the 2009 breakout hit that birthed the Wolfpack, is an exercise in diminishing returns. The Hangover took a group of likeable actors - Bradley Cooper, Ed Helms, Zach Galifianakis and Justin Bartha - and threw them into a vortex of frathouse debauchery. The actors' chemistry elevated the material above similar genre offerings, and a sequel - The Hangover Part II - was inevitable. When Part II turned out to be a carbon copy of the original, fans were disappointed. The Hangover Part III mixes up the formula a bit, dropping the post-blackout meltdowns in favor of a more action-oriented story, but this new direction doesn't really work for the film. The Hangover Part III is only sporadically funny, and leans heavily on Galifianakis' dipshit man-baby Alan and Ken Jeong's flamboyant gangster Mr. Chow. I find the latter especially tiresome, and giving Chow a leading role makes Part III a tough sit. The magic of The Hangover is all but gone as the trilogy concludes, proving that not every film needs sequels.

Two years after Bangkok, Alan is off his meds and spiraling toward rock bottom when his dad (Jeffrey Tambor) dies of a heart attack. After the funeral, buddies Phil (Cooper), Stu (Helms) and Doug (Bartha) agree to take Alan to rehab in Arizona. En route, their van is forced off the road by mobster Marshall (John Goodman), who recounts Mr. Chow's $21-million betrayal in a gold heist. Marshall wants payback from Chow, who escaped from a Thai prison, and has discovered that Alan keeps in regular contact with his degenerate friend. Marshall kidnaps Doug for collateral, and sends the Wolfpack to find Chow and deliver him to his doorstep. None of the trio is ever hungover, but the film still sends them through a series of degrading obstacles, only some of which are funny. There's also an oddly sentimental visit with ex-stripper Jade (Heather Graham) and a largely unnecessary extended cameo by Melissa McCarthy at her most vulgar. The Hangover Part III wants to be a horse of a different color but is mostly just mean-spirited and superfluous. 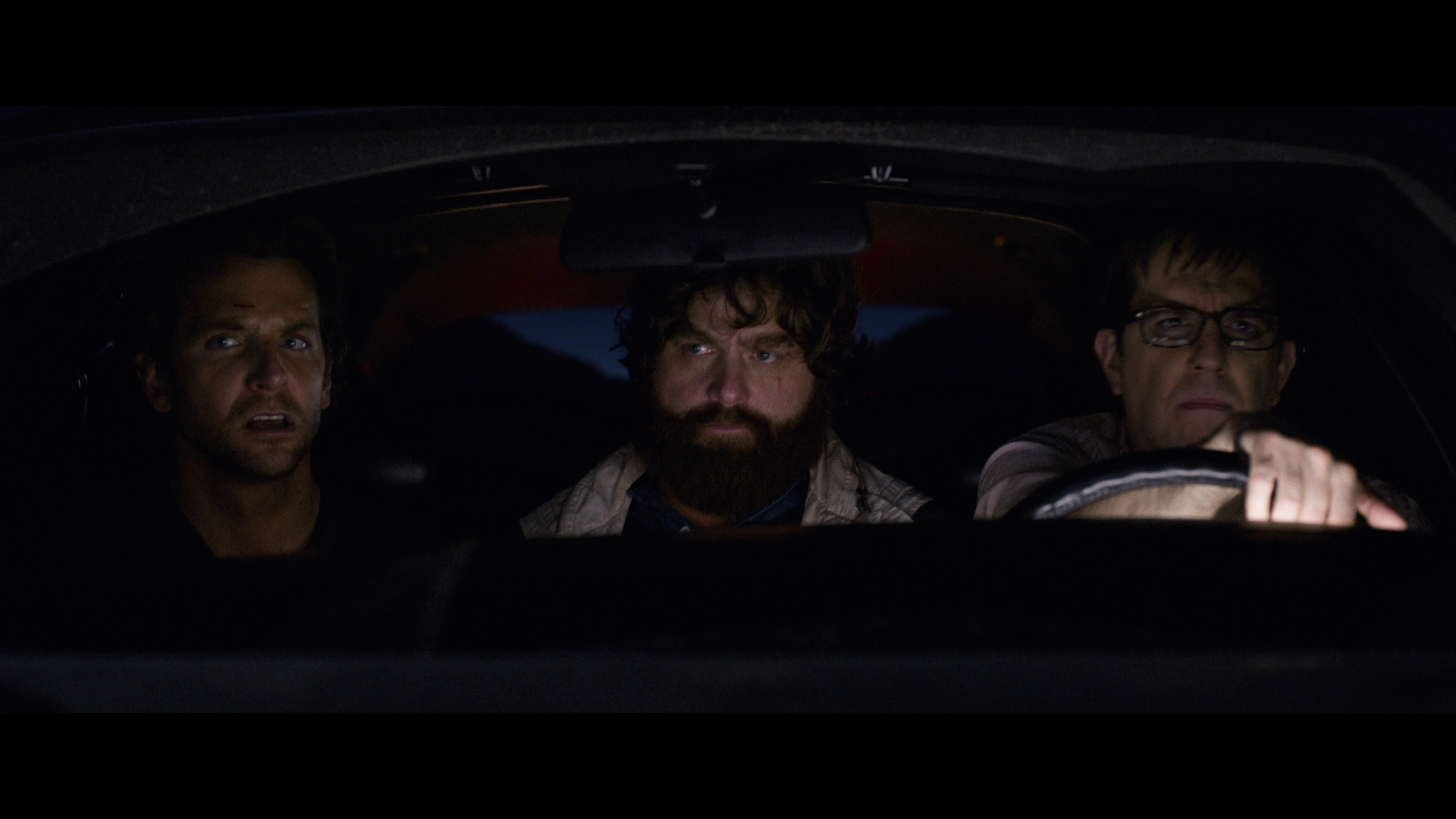 Real-life M.D. Jeong shot to fame playing a doctor in Knocked Up before starring in The Hangover and appearing on NBC's Community. Jeong is a decently funny comedian, but his shtick is at its most grating when he plays Chow. The character was funny in limited doses in the earlier films, but the more Chow is on screen the more I hate him. The Hangover Part III again reminds viewers that Chow loves cocaine, is bisexual, has terrible hygiene, and is an awful "friend" to Alan. That the film recycles joke after joke about Chow is indicative of a larger problem. The Hangover Part III, despite its new plot and character drama, brings nothing new to the table. Like a 100-minute visual rendition of Bruce Springsteen's "Glory Days," Part III is all about living in the past.

If Chow wasn't annoying enough, Alan is supremely irritating throughout. It's as if Phillips decided to forego making the character part of the comedy and instead just made him as awkward as possible. Stu and Phil make out better, and actually get far less debased than during previous hangovers. Part III also wants to make some kind of statement about mental illness and friendship, and it does, to a point. A big, emotional payoff is not exactly earned, though, and Part III has far less wit and grace than the original. I think renting this one is a good option. Goodman has a few funny lines, and I can't say I was not at least marginally entertained. Part III is apparently the end for the Wolfpack. This is probably for the best, as the next sequel would have a hard time clinging to the already crowded coattails of the original. 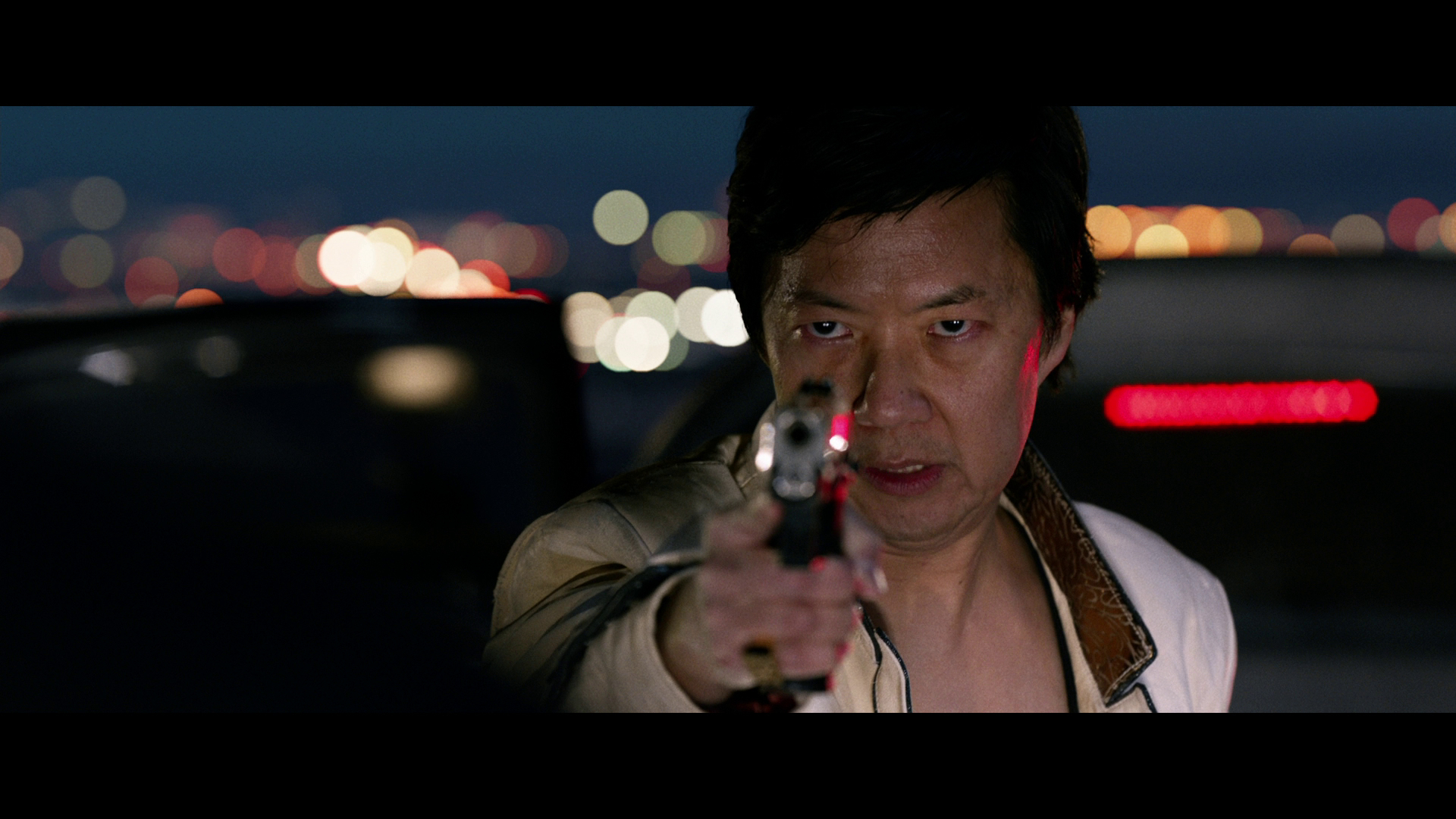 The 2.40:1/1080p/AVC-encoded transfer sparkles, exhibiting excellent detail and texture throughout. Colors are purposely exaggerated but are always expertly saturated, and black levels are deep and pleasing. There is no edge enhancement, digital scrubbing, aliasing, or general tomfoolery to be seen.

The 5.1 DTS-HD Master Audio soundtrack is similarly good. This Hangover has a lot of action bits, and the soundtrack is aggressive and immersive. Action effects roll through the sound field and are backed up with some strong LFE thumping. Dialogue is clear, the music deep, and everything is nicely balanced. French and Spanish 5.1 Dolby Digital mixes are also included, as are English SDH, French and Spanish subs. 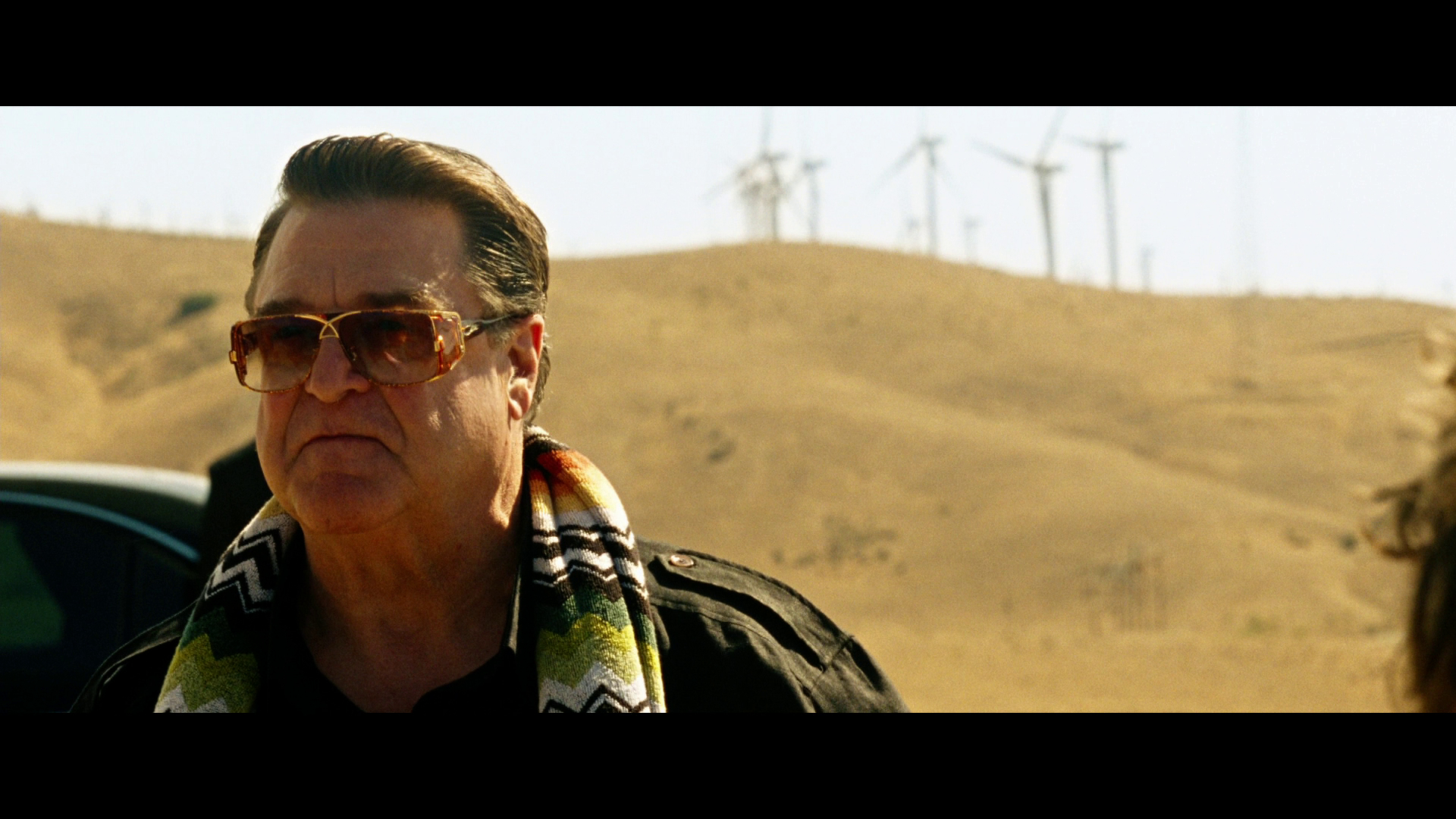 This is the typical Warner Brothers "combo pack" with Blu-ray/DVD/UltraViolet digital copy. The plain-Jane discs are packed in an eco-case, which is wrapped in a slipcover. While the upcoming cash-grab/trilogy bundle is supposed to include a retrospective documentary, this regular Blu-ray includes a whole lot of crap in the extras department. Replacing Zach: The Secret Auditions (6:09/HD) is a jokey spoof about recasting the part of Alan, while The Wolfpack's Wildest Stunts (5:10/HD) provides a too-brief look at the production. Zach Galifianakis: In His Own Words (2:32/HD) is not very funny and neither is The Real Chow (5:24/HD). There's also the superfluous Pushing the Limits (3:36/HD) and Action Mash-up (1:09/HD/WHY?). Finally you get some Extended Scenes (2:03/HD) and Outtakes (7:51/HD).

Now that The Hangover Trilogy has concluded I think it's safe to say the two sequels are largely inferior to the funny 2009 original. The Hangover Part III deviates from the blackout and freak out formula of the first two films but never comes close to unseating the original as the best in the series. John Goodman has a few decent lines as a gangster looking for Ken Jeong's annoying Mr. Chow. Bradley Cooper, Ed Helms, Zach Galifianakis and Justin Bartha all return in their familiar roles and don't stir the pot much. The Hangover Part III is sporadically funny despite the excess of Mr. Chow, so Rent It. 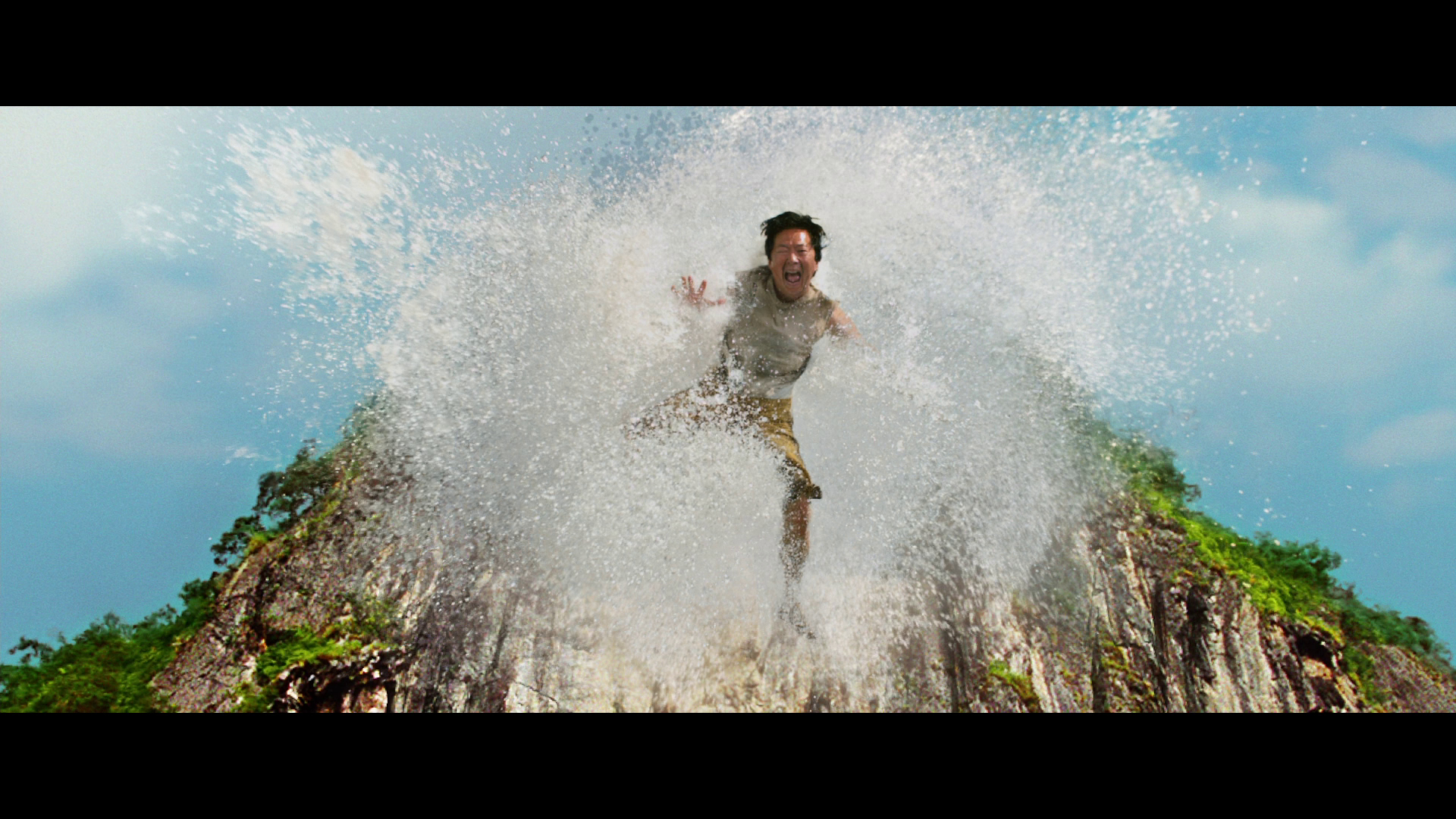 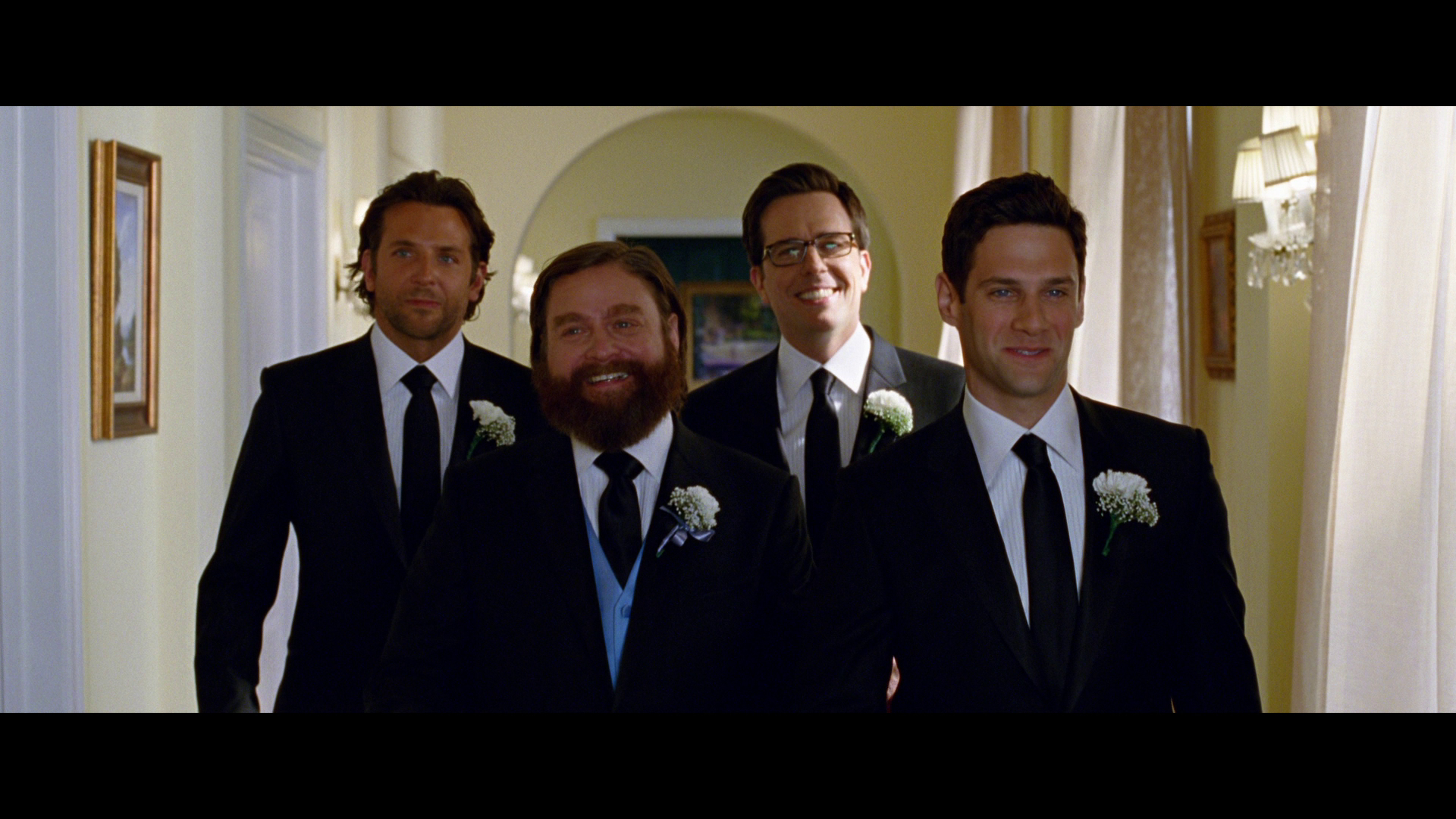 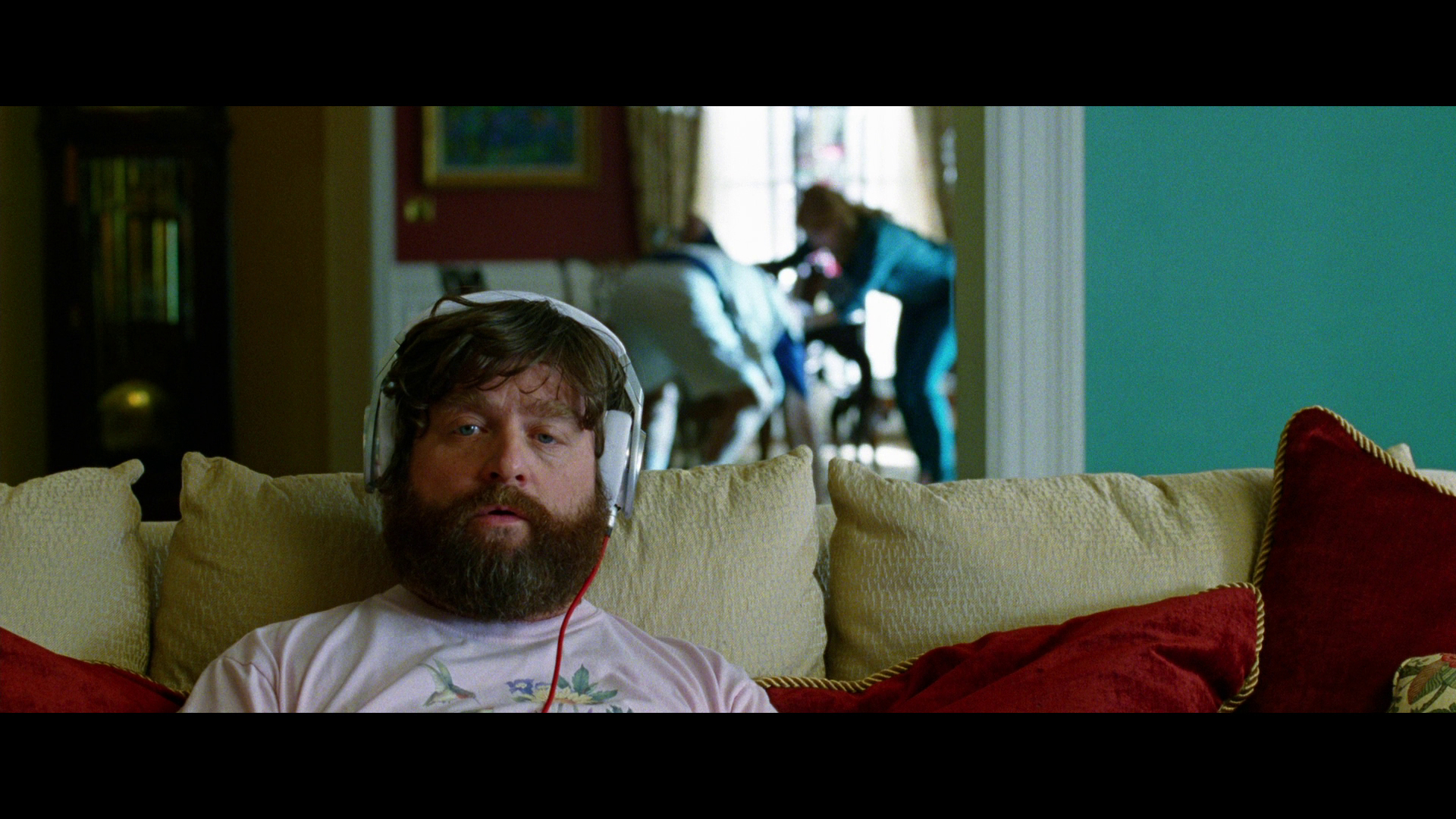 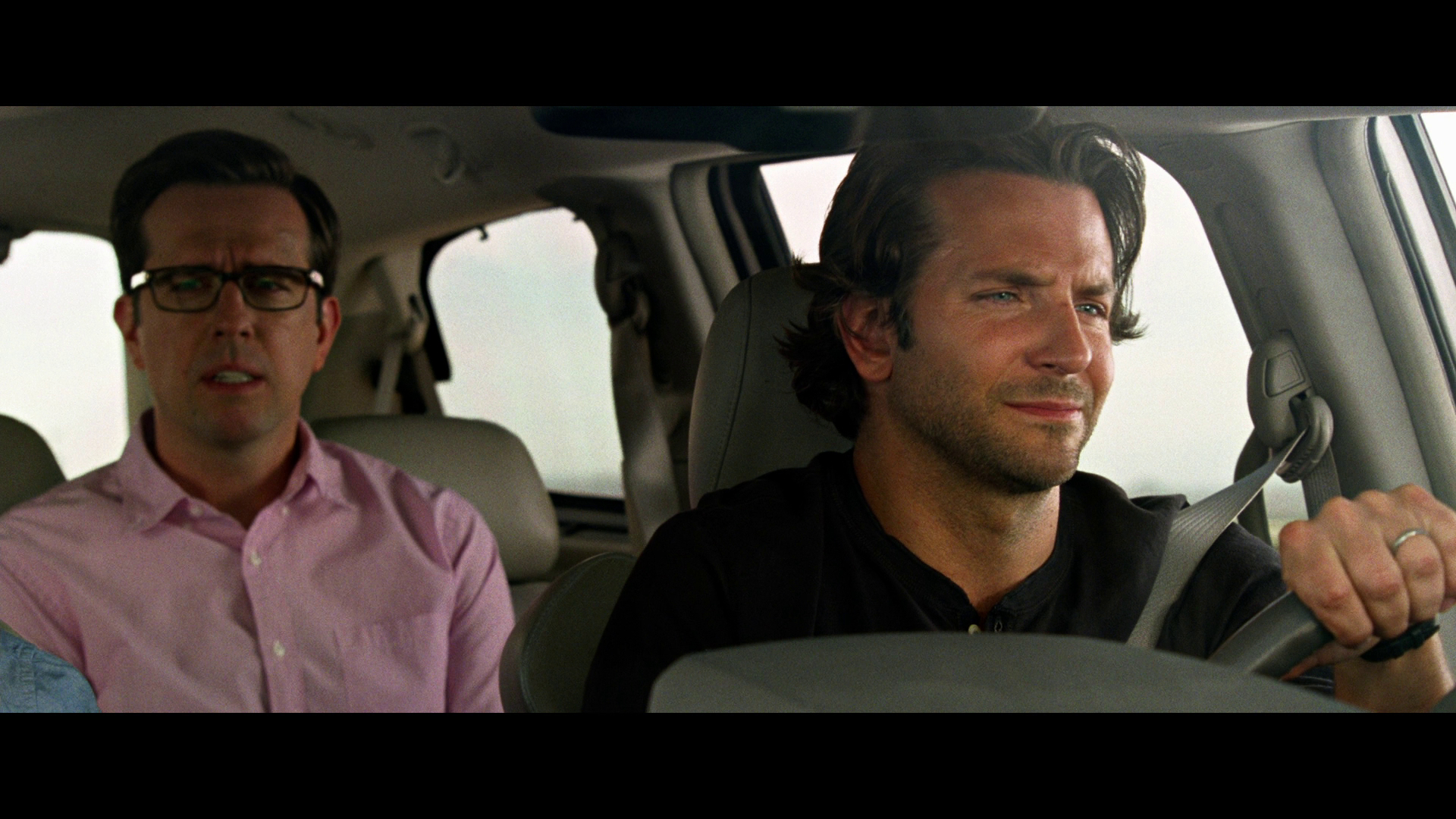 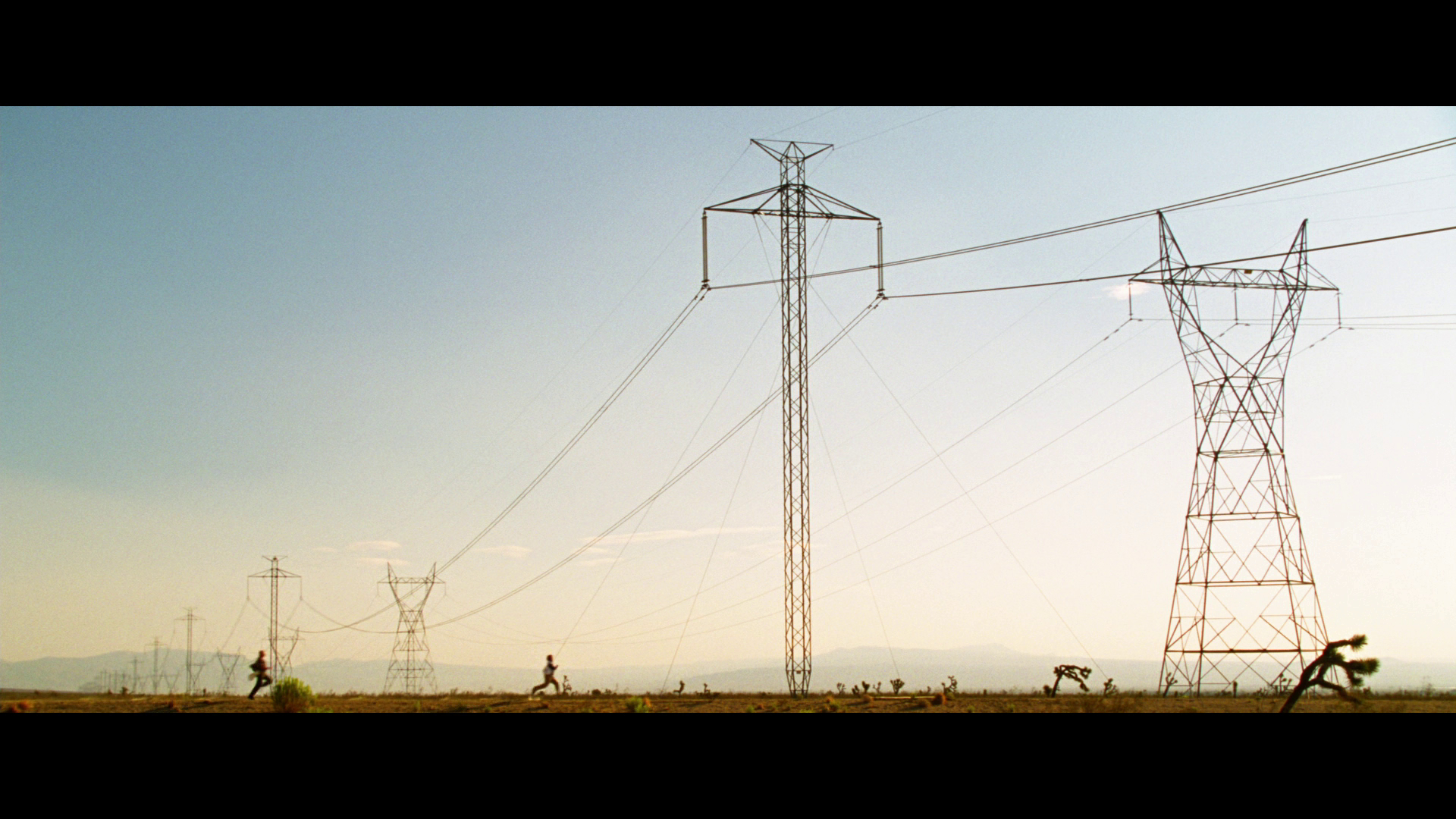 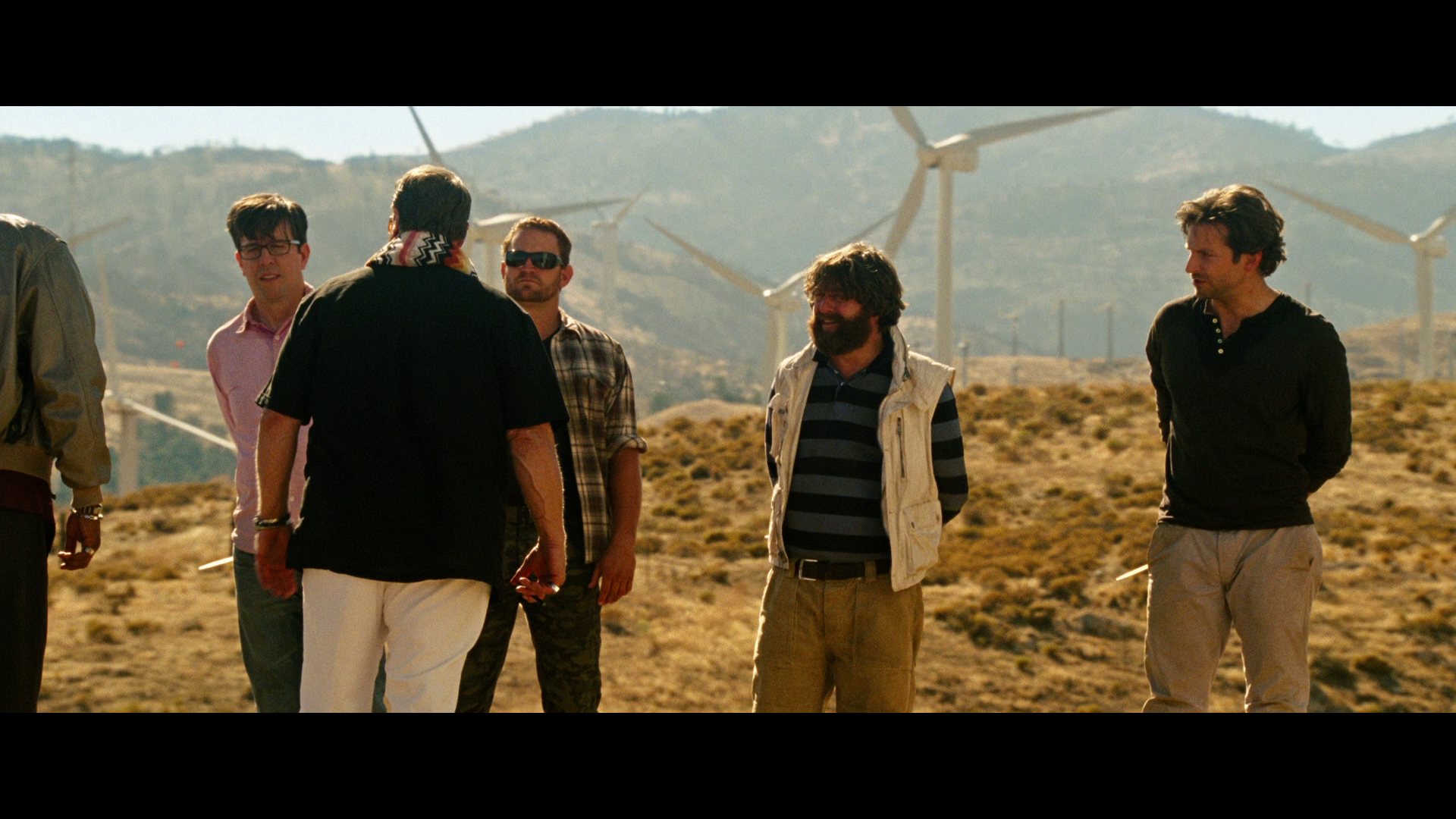 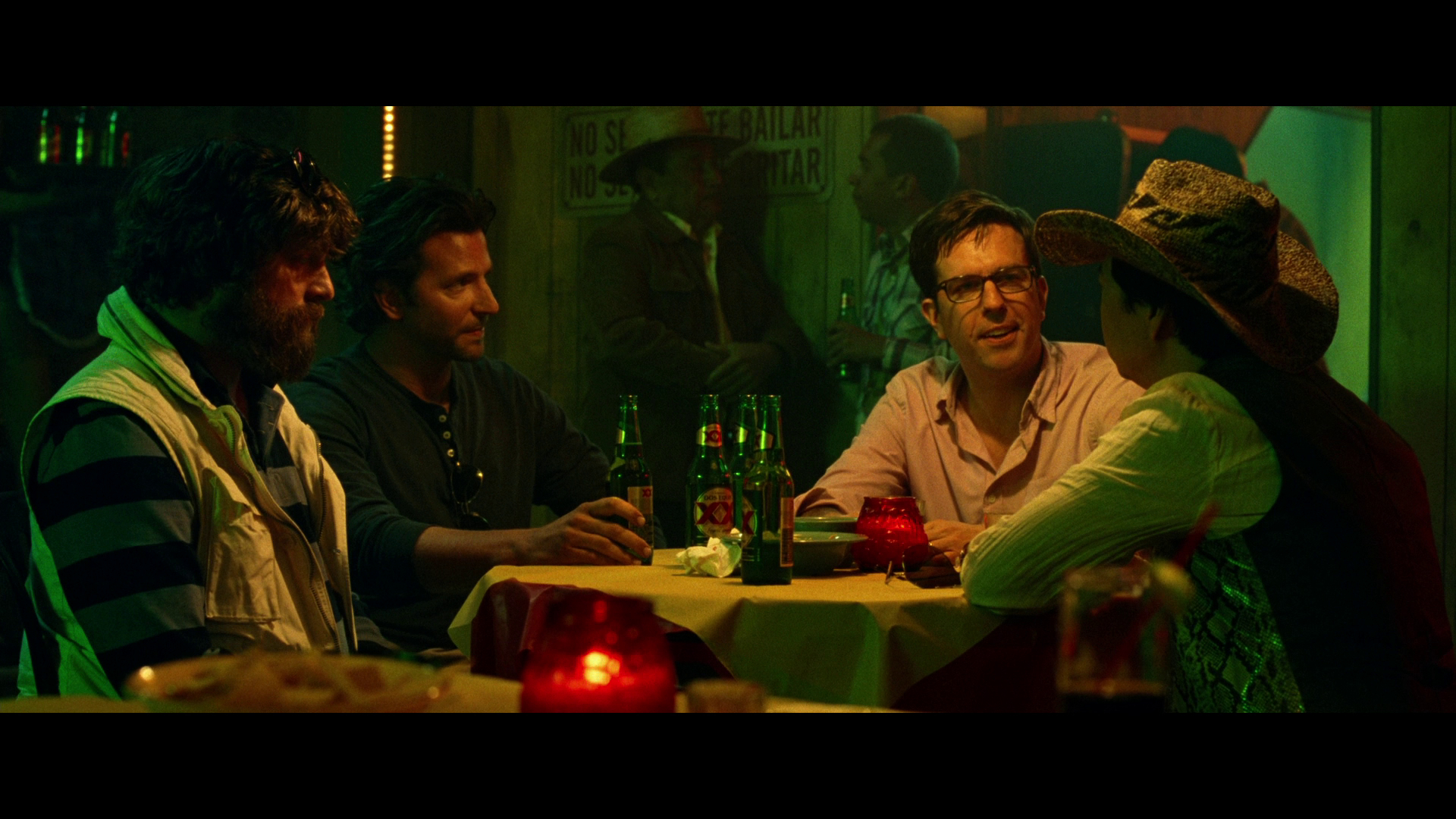 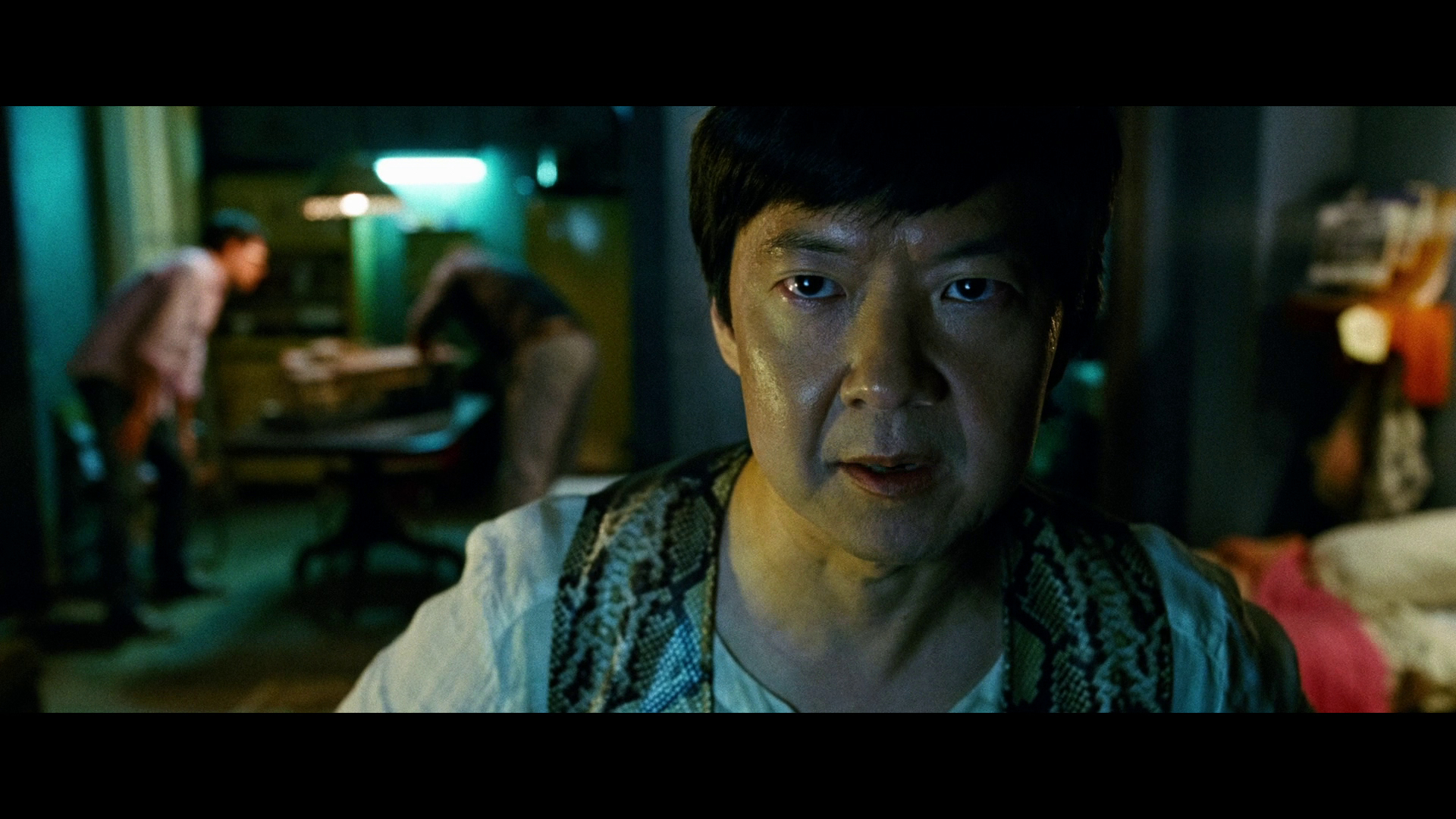 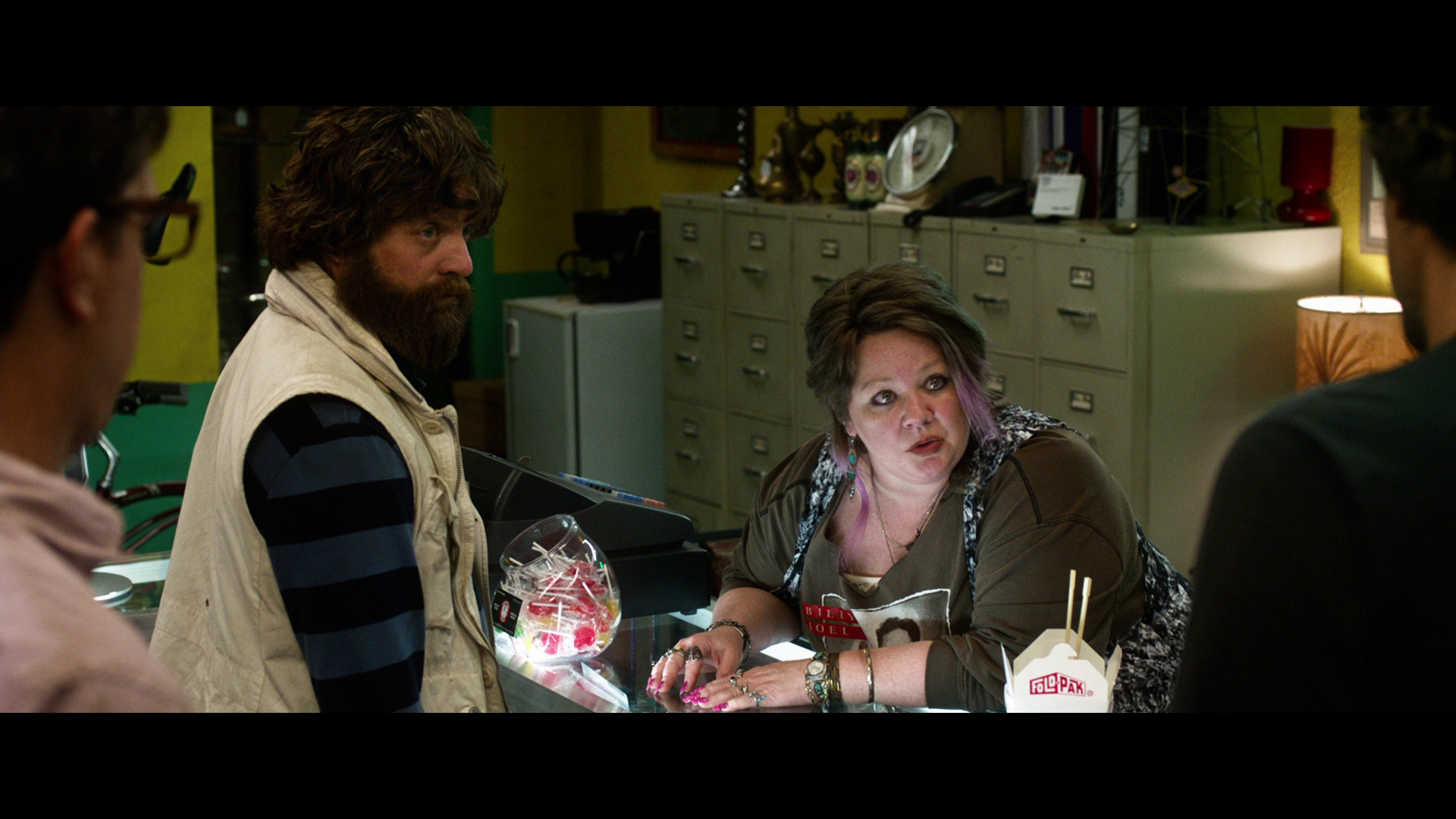 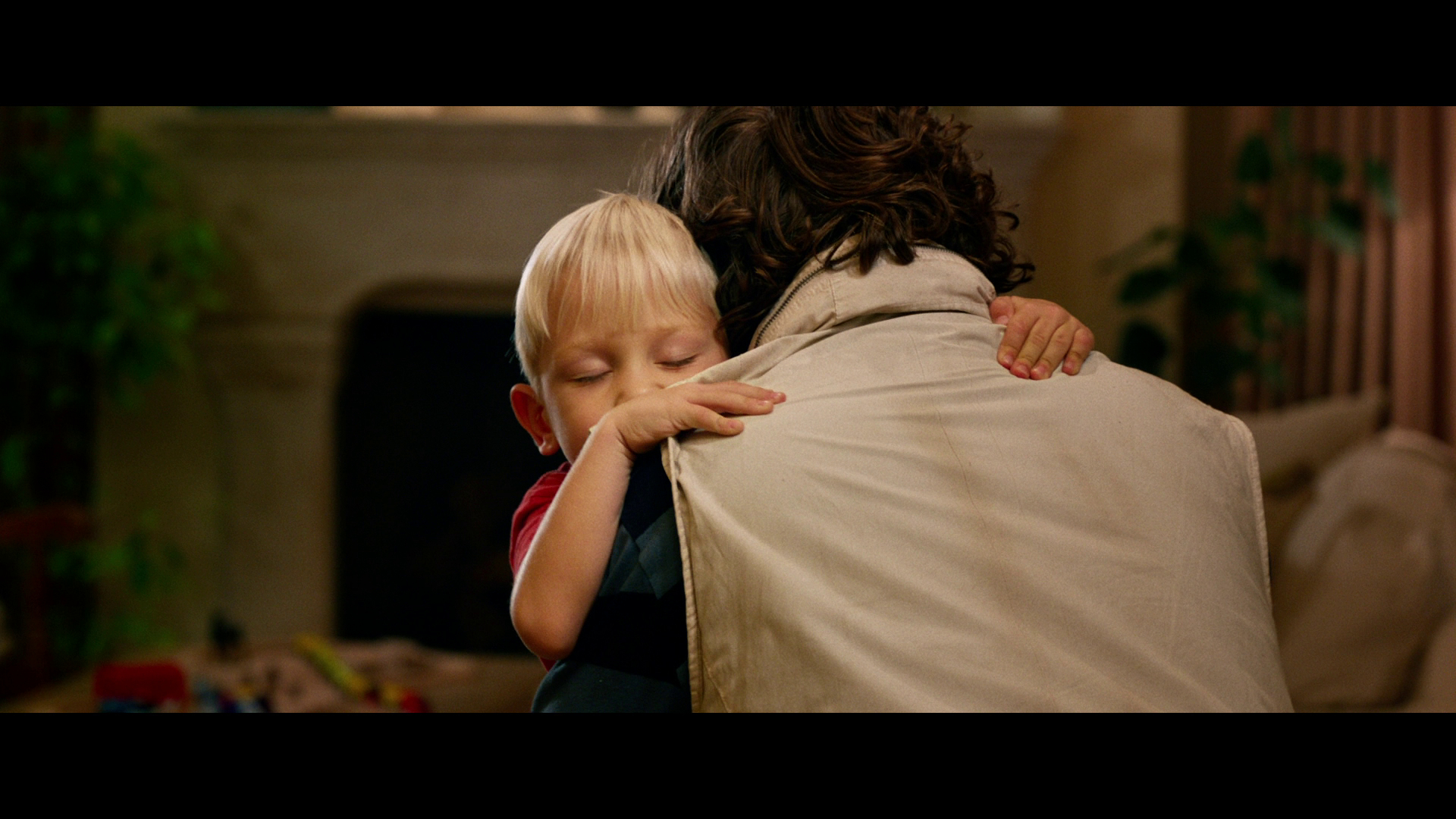 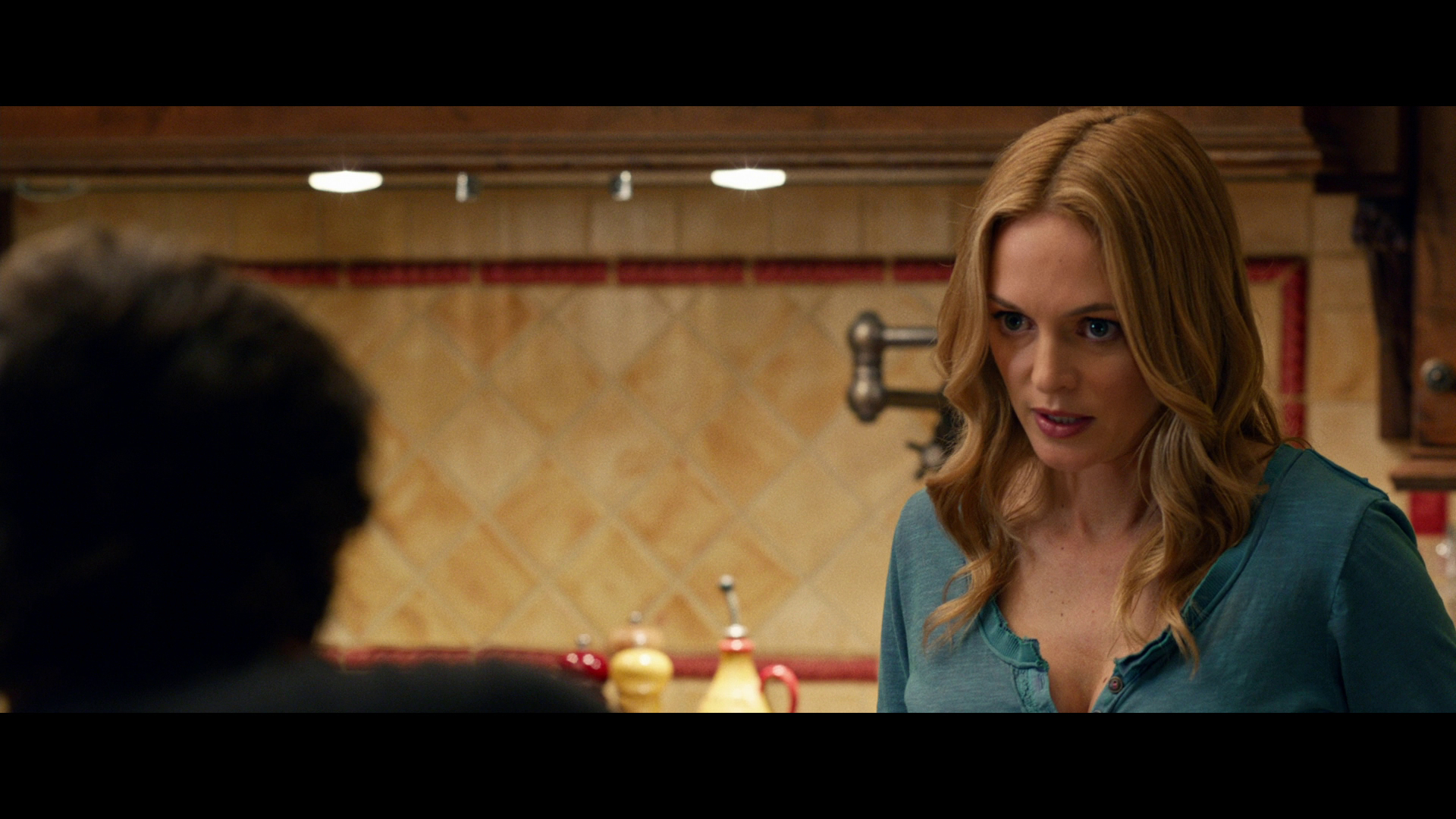 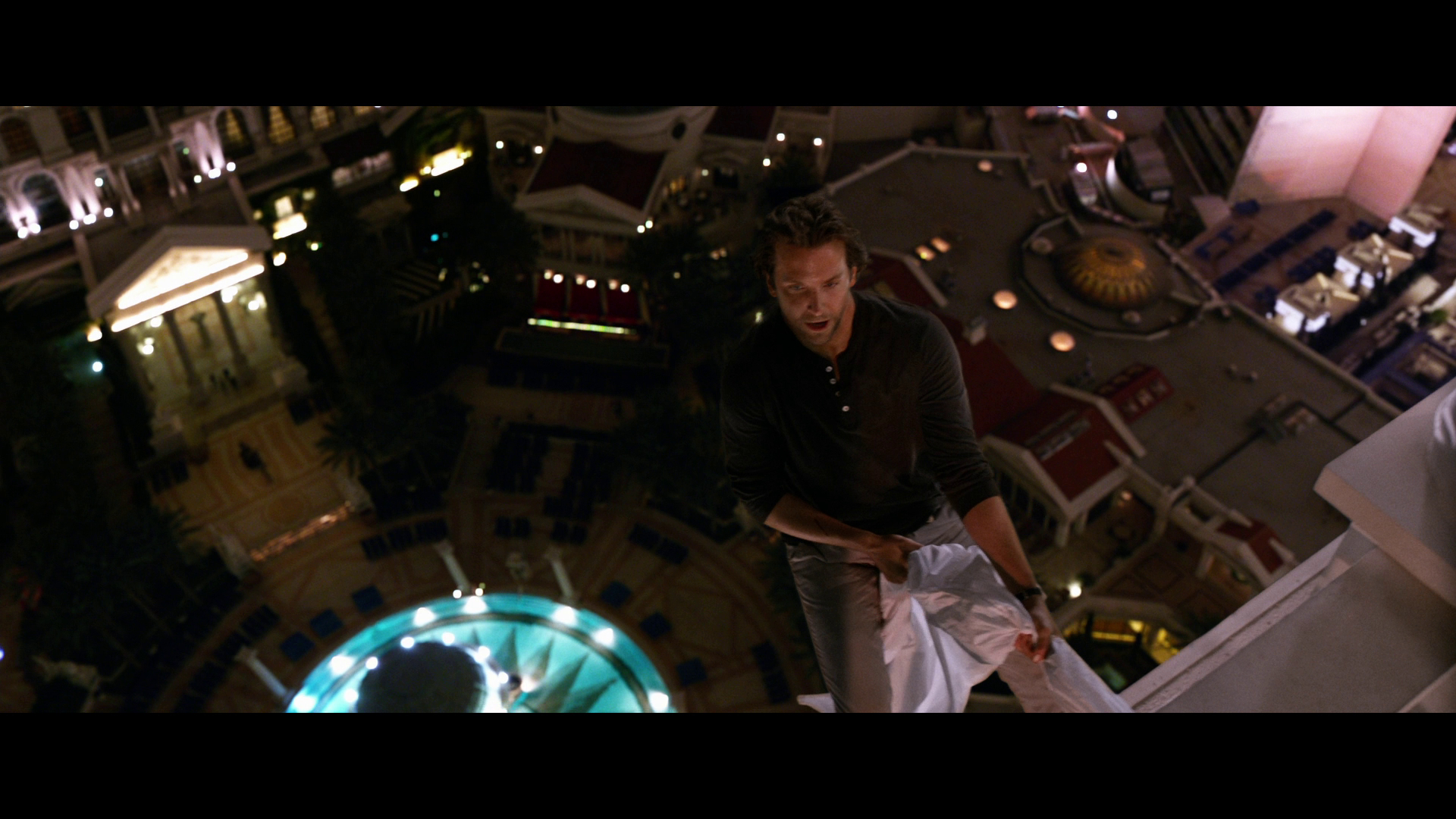