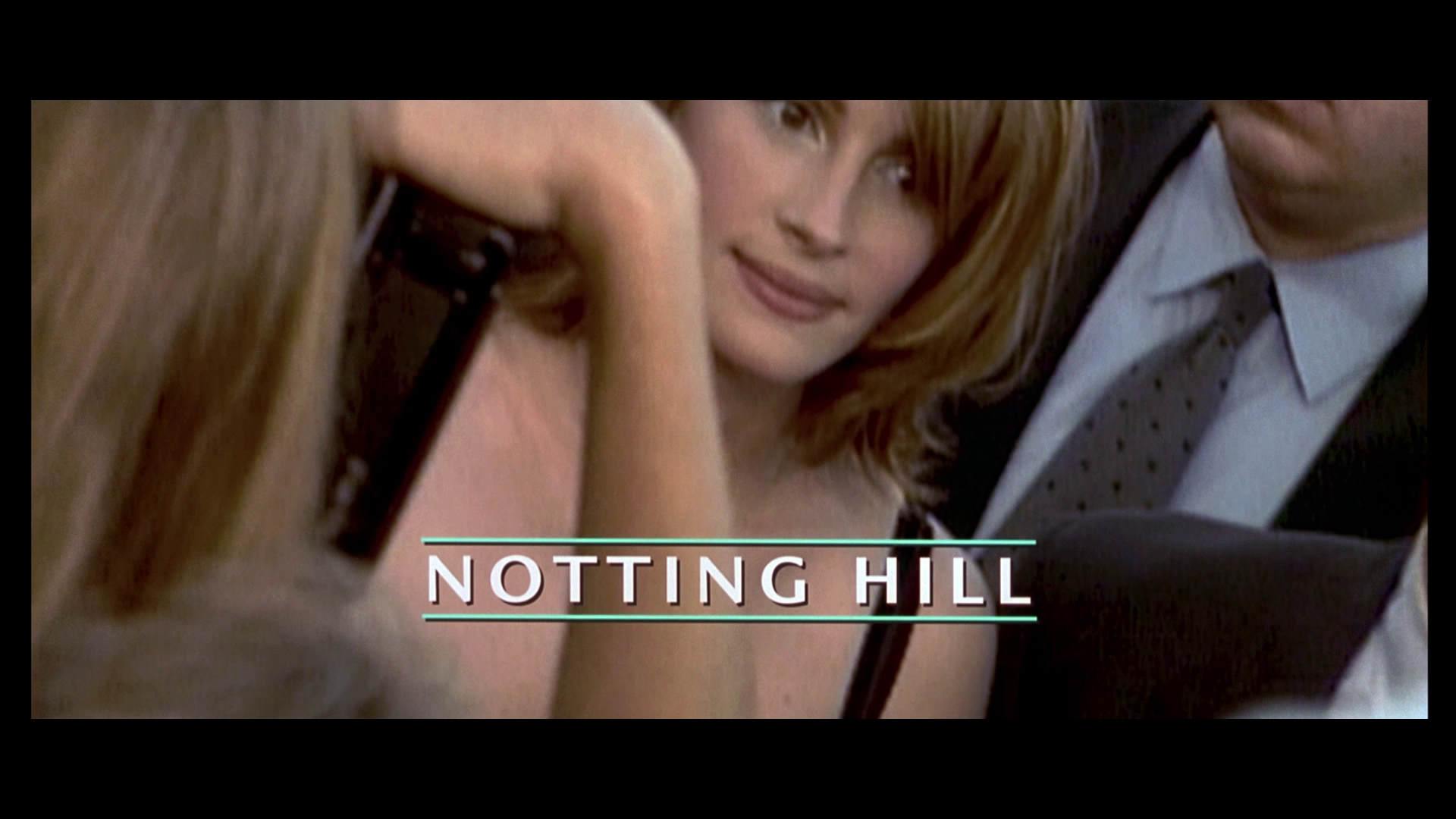 While Notting Hill is no Four Weddings and a Funeral, the Roger Michell-directed film is still enjoyable fourteen years on. Independent bookshop owner Will Thacker (Hugh Grant) sees his life turned upside down after a chance meeting with Hollywood actress Anna Scott (Julia Roberts). Audiences loved the pairing of Grant and Roberts, two huge stars often separated by the Atlantic Ocean. Notting Hill helped Grant kick that pesky prostitution scandal once and for all, and it came amid a high point in Roberts' career. The film is not as funny or romantic as you may remember, but Notting Hill is worth revisiting.

Anna wanders into Will's shabby travel bookstore one afternoon on a break from shooting a movie, and the pair strikes up a conversation. Will later spills coffee all over Anna's shirt, and takes her to his apartment for dry clothes. Thus begins a stop-start courtship hindered by Anna's fame, Will's indecisiveness, and the international press. Roberts is basically playing herself circa 1999, when she was one of the world's most popular actresses. Grant has always embodied an everyman charm, and downplays his available good lucks and slick tongue to play the bumbling Will. The pair plays well together, which makes this romantic comedy more successful than others of similar plot and motive. 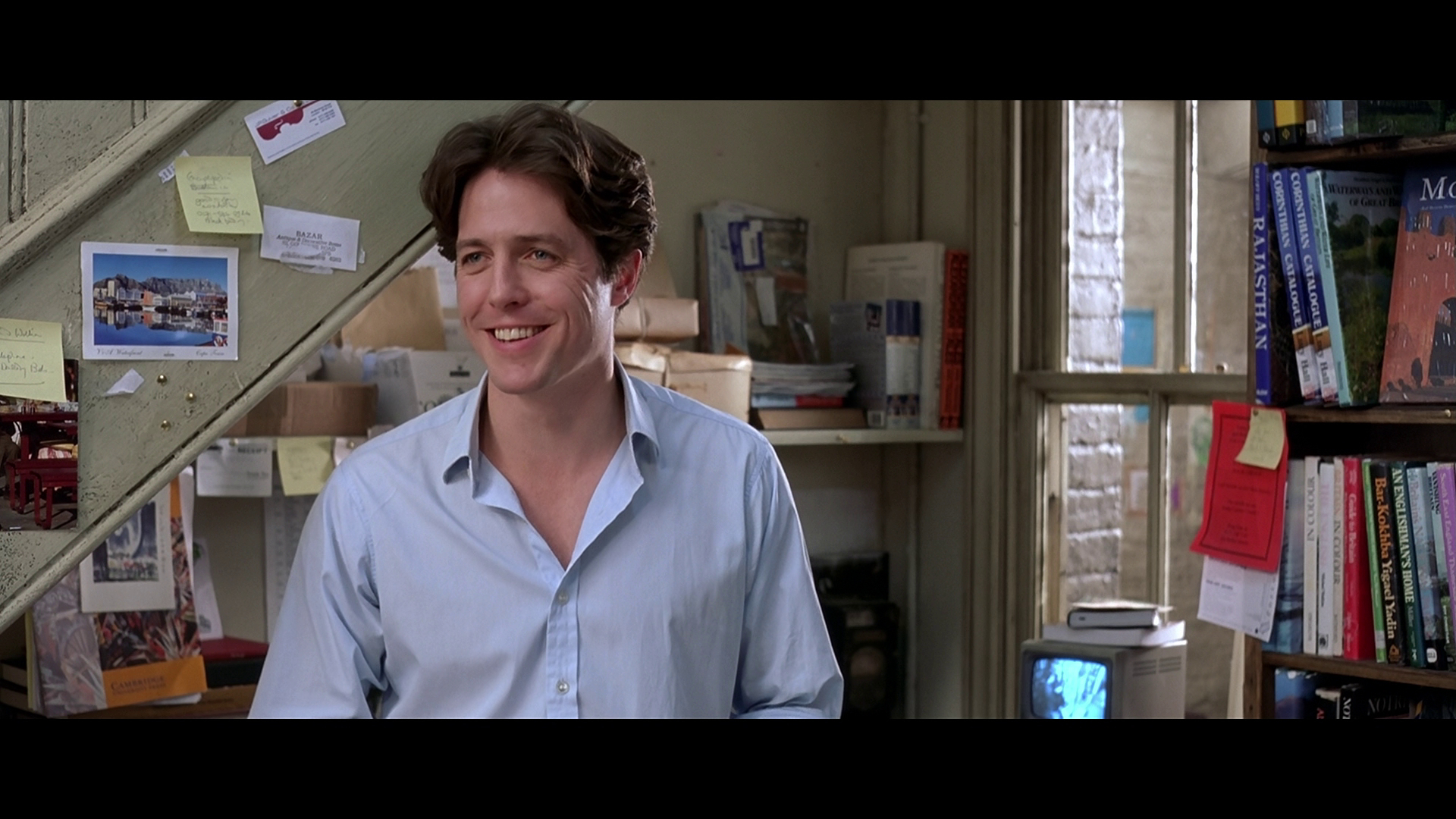 British romantic comedies have a habit of throwing a ton of stars together in one movie (see Love Actually) but Notting Hill is all about Roberts and Grant. Will grows close to Anna without concern for her stardom, which Anna appreciates. Unfortunately, she keeps a boyfriend (Alec Baldwin) back home, and Will is forced to pretend he is a hotel staff member when the pair meets. Anna crawls back to Will in a time of need, but leaves in anger after mistakenly assuming Will tipped off the press to their affair. Notting Hill may be little more than a series of back-and-forths between Anna and Will, but it presents these with charm and humor.

The film is a good fifteen minutes too long, but Michell pulls it together in the final act when the film reaches an emotional peak. Notting Hill is certainly less bawdy than Love Actually, and its humor and drama are more evenhanded. There are a number of funny moments, but Notting Hill is not interested in slapstick or melodrama. Roberts is at her best here, playing "just a girl" standing in front of Grant's "boy" seeking love. I'm not wild about Rhys Ifans as Will's unkempt flatmate, but supporting players Emma Chambers and Tim McInnerny turn in enjoyable performances. Notting Hill may be fourteen years old, but it plays as well as it did in 1999. 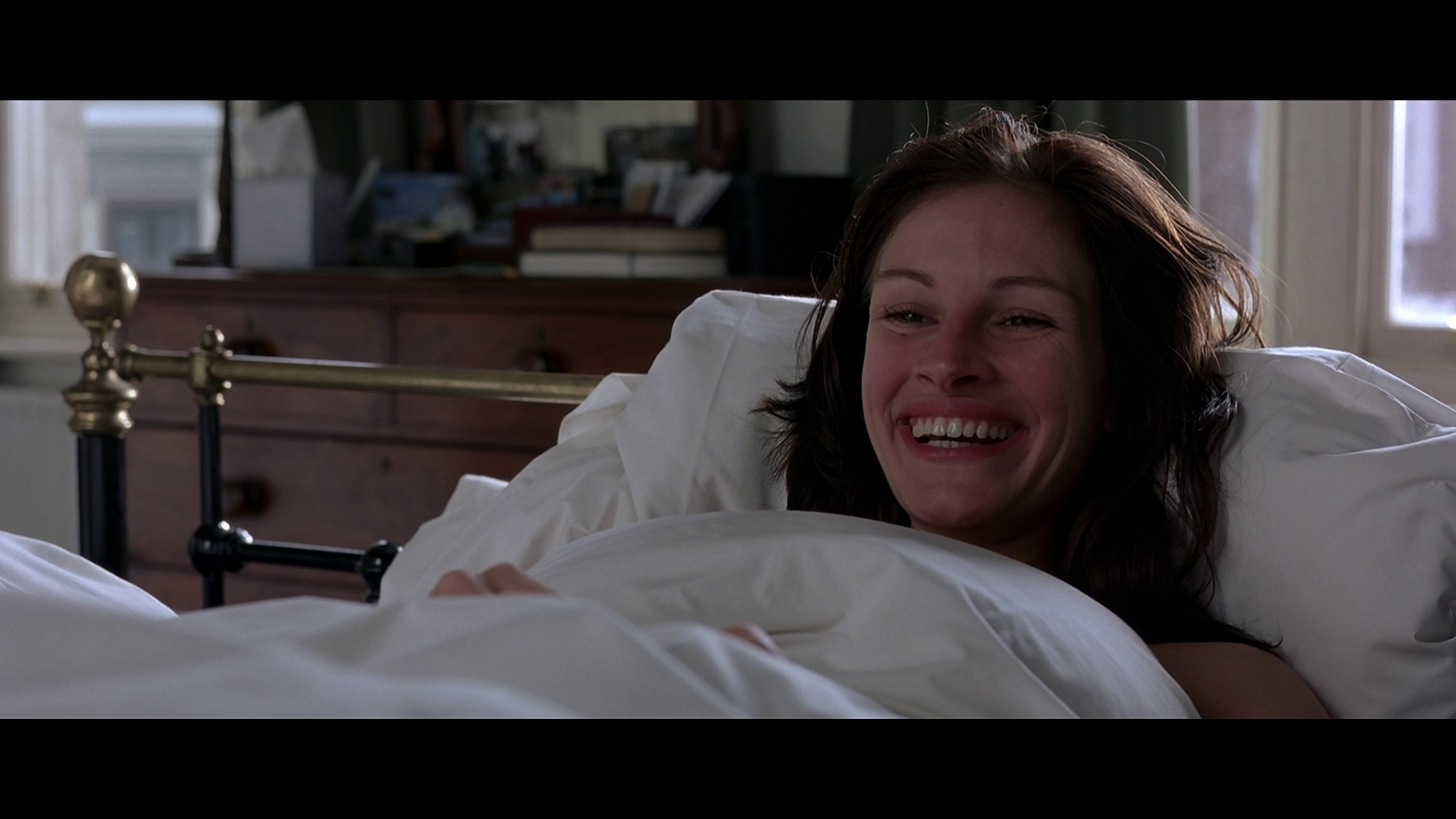 Universal has been a bit spotty with its catalog releases, and Notting Hill is no exception. The 2.35:1/1080p/AVC-encoded transfer looks OK, but I suspect it recycles the old DVD master also used for the long out of print HD-DVD. The back cover says the film is "remastered in high definition for your HDTV" but that's dubious. Detail is decent and a clear improvement over the standard-definition release. Skin tones are fine, if a bit pink, and black levels are acceptable. The biggest gripe I have? There has definitely been some edge enhancement and noise reduction used on this master. Softness creeps into the image, and there are telltale signs of digital tinkering like edge halos and waxy faces. I've certainly seen worse, but this transfer didn't exactly knock my socks off.

The 5.1 DTS-HD Master Audio soundtrack is perfectly acceptable. This is a dialogue-heavy film, and that dialogue is consistently clear. There are light ambient effects, and the musical score extends to the surrounds. A French 5.1 DTS track is included, as are English SDH, Spanish and French subtitles.

Extras are carried over from previous releases. You get a Commentary with Director Roger Michell, Producer Duncan Kenworthy and Writer Richard Curtis; some Deleted Scenes (12:22/SD); a Seasonal Walk Down Portobello Road (3:30/SD); and Hugh Grant's Movie Tips (4:17/SD). The Spotlight on Location (14:48/SD) is an EPK featurette and is followed by music videos for Elvis Costello's "She" (3:14/SD) and Shania Twain's "You've Got a Way" (3:32/SD). Things wrap up with a Photo Montage (4:46/SD), the U.S. Theatrical Trailer (2:48/SD), and the International Theatrical Trailer (2:08/SD). Universal also throws in iTunes and UV Digital Copies.

As far as romantic comedies go, Notting Hill is pretty good. I'm not a fan of the genre, but this Hugh Grant/Julia Roberts vehicle is both funny and romantic. The film makes its Blu-ray debut with an underwhelming transfer and a few decent extras. Recommended. 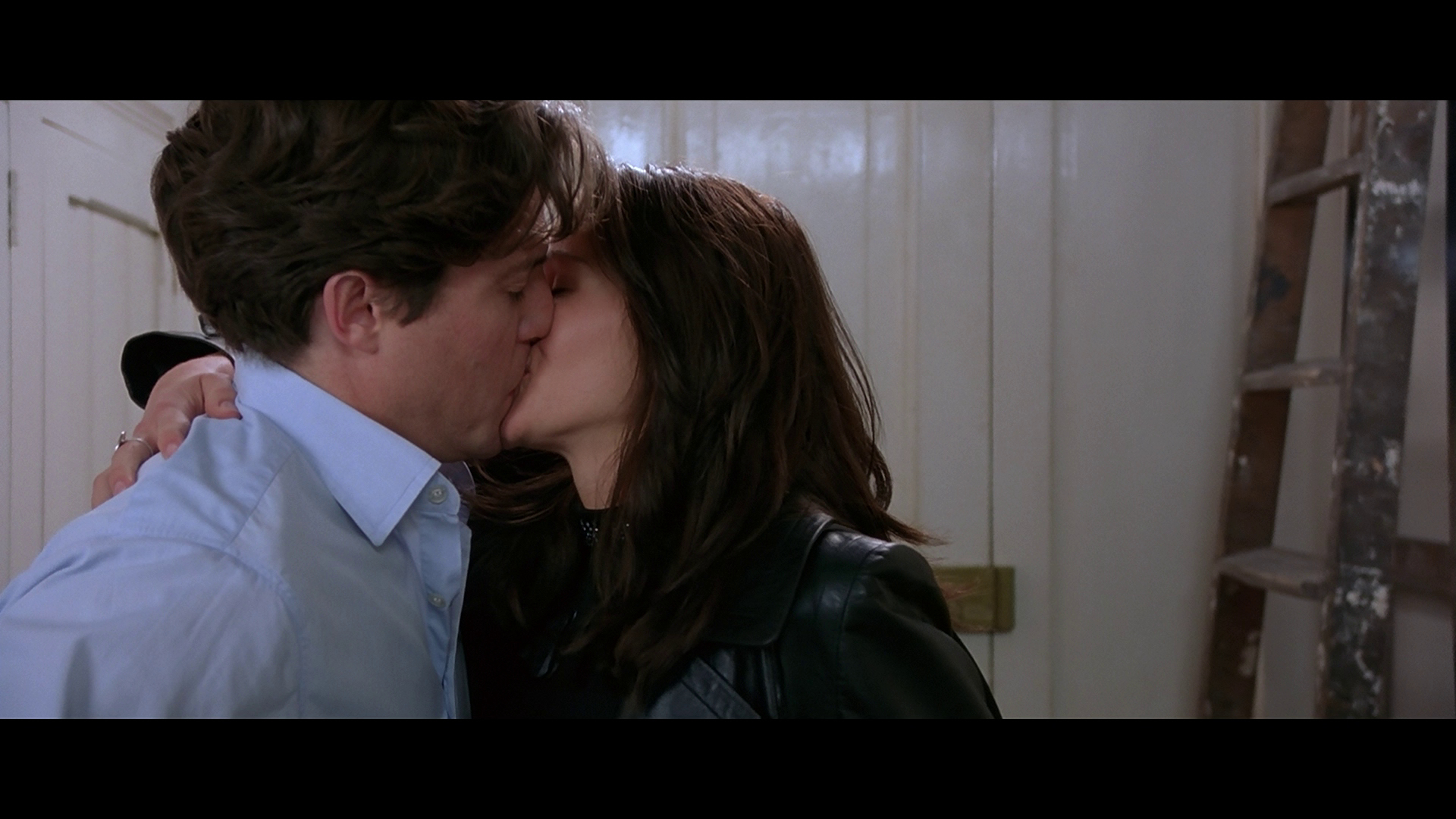 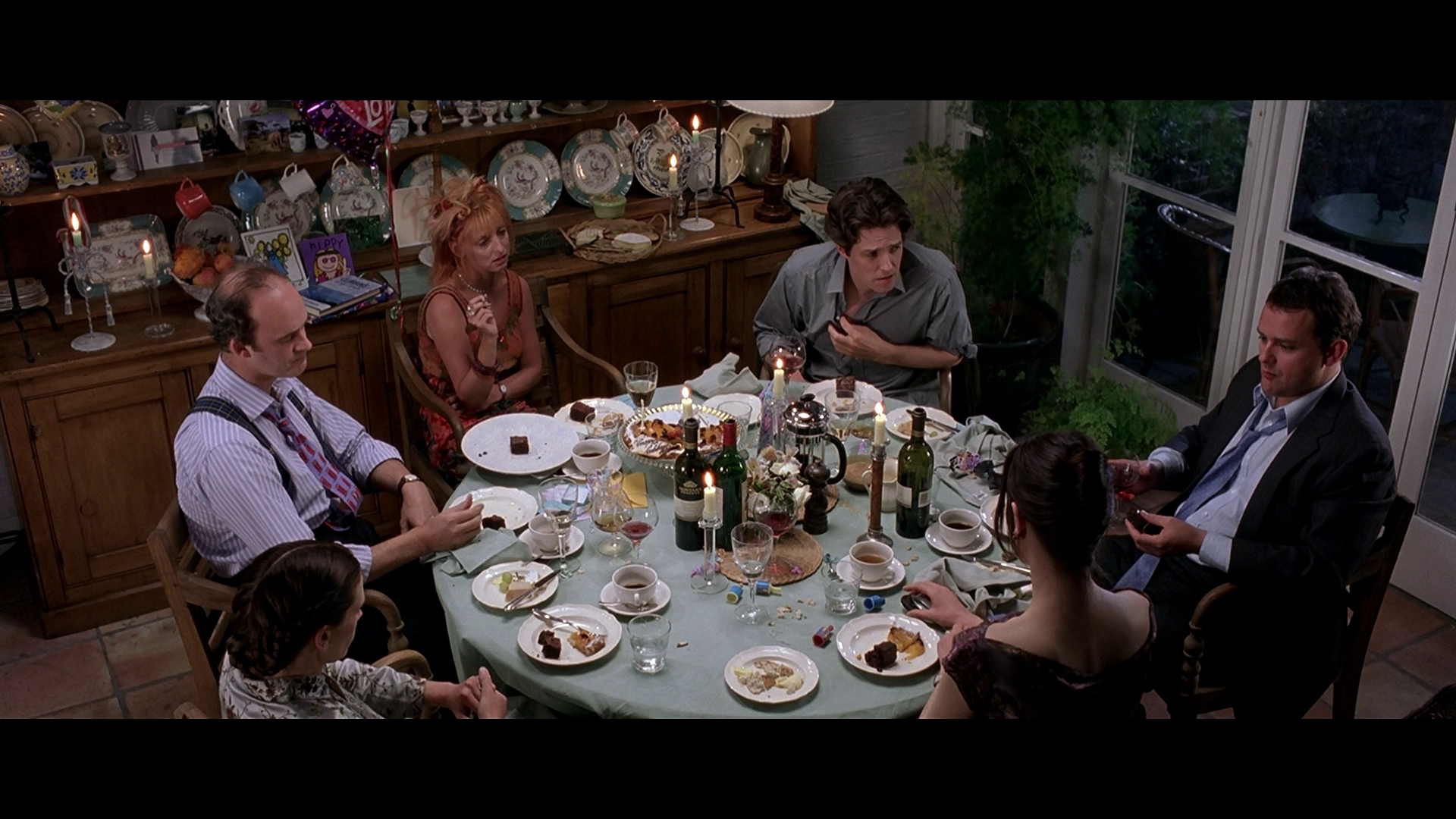 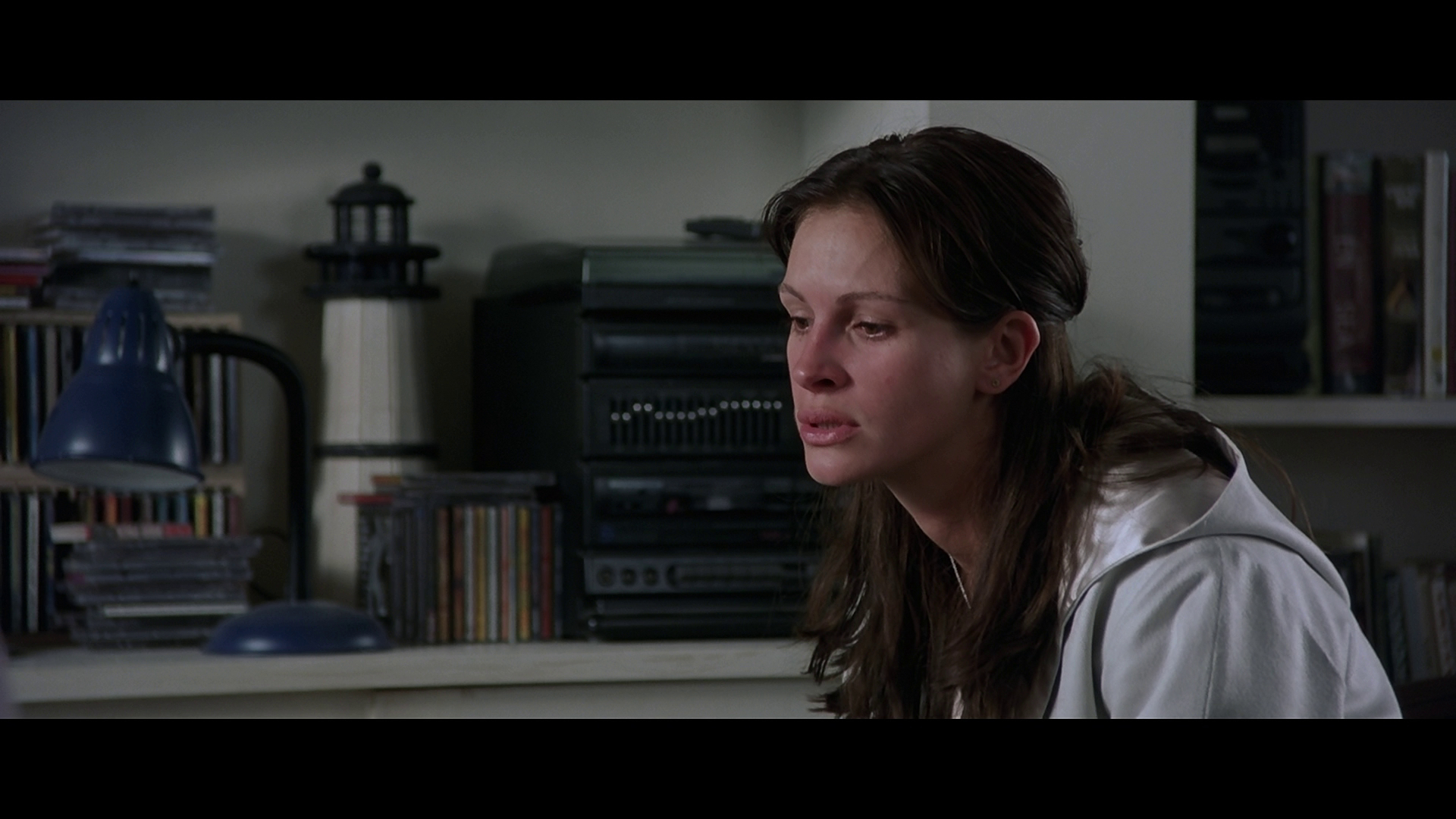 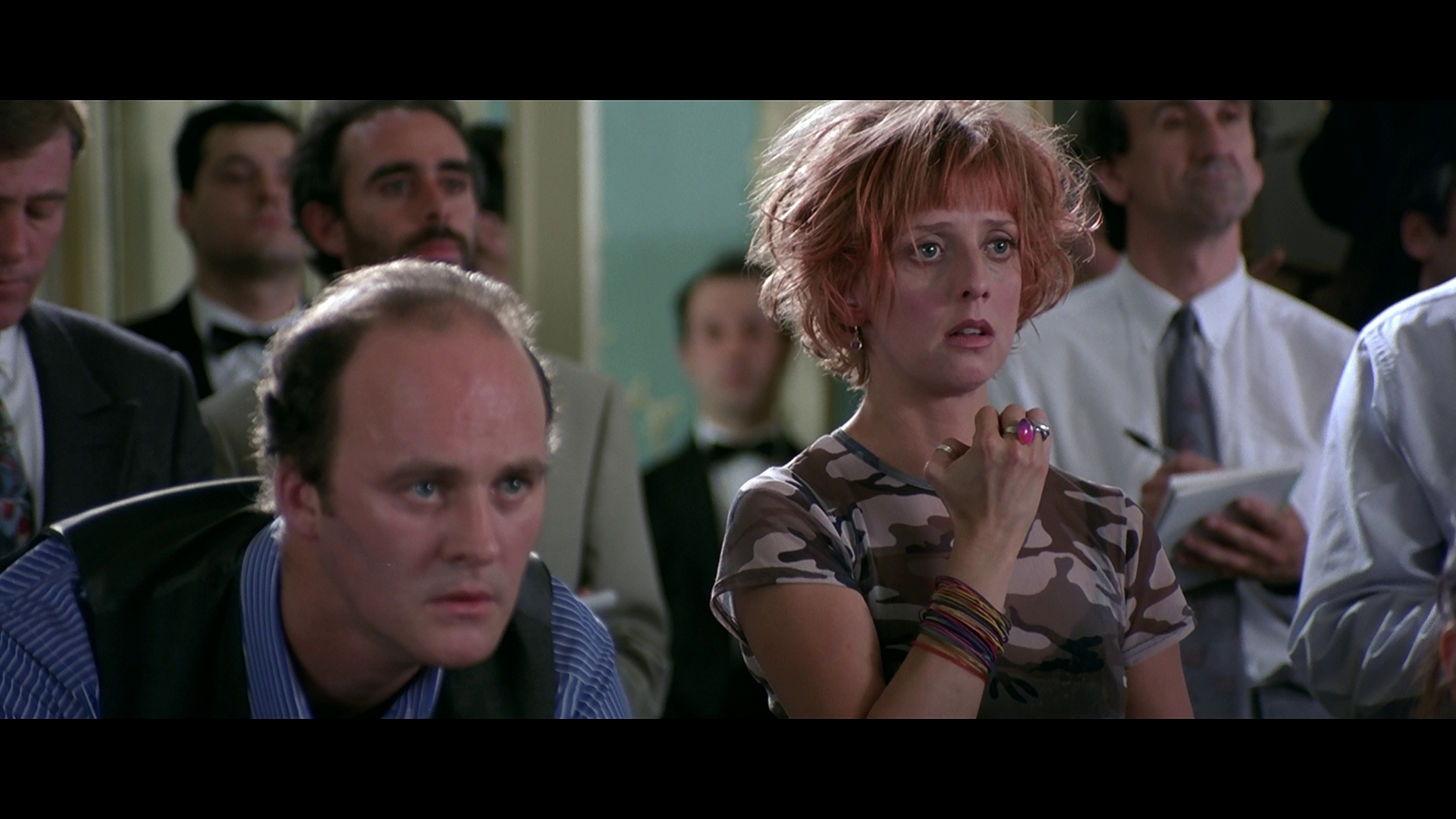