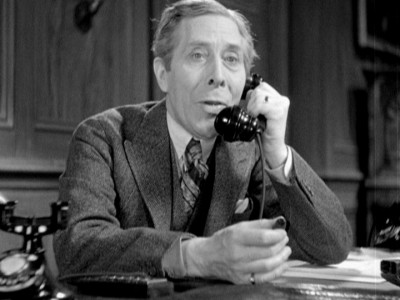 Warner Bros.' breezy 1933 comedy The Working Man provided a good vehicle for one of the most unlikely movie stars ever, George Arliss. With Arliss doing his Eccentric British Uncle bit opposite protégé Bette Davis, this jaunty big business story is begging for a re-look. Now that it's been made available as part of the Warner Archive made-to-order DVD program, we can all find out what the fuss was about with this odd-looking old gent who was apparently the bee's knees in early talkie cinema.

To contemporary viewers, George Arliss may look like the dusty relic of a bygone age. In his own time, however, Arliss represented class and sophistication when the movie industry desperately needed it. Described by film critic Danny Peary as "small and slim, with a pointy face and the look of a Dickens character," Arliss' upper-crusty Britishness made him famous enough to be lampooned in cartoon shorts like Mickey's Gala Premier (which came out the same year as this film). Warners' decision to sign the dignified stage actor to a multi-film contract paid off immediately with his Academy Award-winning performance in 1929's Disraeli, and in the annual round of two or three Prestige dramas he did for the studio in the following years. If anything, The Working Man seemed like an attempt to modernize his usual screen image. Playing a fatherly shoe business magnate in contemporary New York was unusual enough (a kindly CEO - imagine that!), yet Arliss handles this lighter material with cheerful aplomb. The film also reunited Arliss with his discovery, Bette Davis, whom he mentored in his 1930 vehicle The Man Who Played God. Their playful give-and-take forms some of the highlights of this snappy little production.

As The Working Man opens, Arliss' John Reeves character is in a transitory phase - the competition is eating away at the profits for Reeves Shoes, the business he started from the ground up. Upon hearing of the passing of the head (an old friend) of his chief rival Hartland Shoes, Reeves decides to take a vacation and leave day-to-day operations in the hands of his ambitious, patronizing nephew, Benjamin (Hardie Albright). While fishing in Maine, he befriends a pair of rich, hedonistic siblings - Jenny (Bette Davis) and Tommy Hartland (Theodore Newton), who happen to be the children of his recently deceased rival. Never letting on who he really is to the pair, his folksy charm convinces the kids to sign him on as their guardian. While Jenny and Tommy go in on the plan thinking "Mr. Walton" will allow them to continue their partying ways (in fact, he was once in love with their late mother), he winds up firing most of the household staff and banishing all the alcohol from the premises. Revealing his true identity to the execs at Hartland Shoes, he sets about toward redeeming both his formal rival's business and Hartland's offspring. In short order, Reeves molds Jenny into a responsible young woman and prompts Tommy to show interest in his father's business. Meanwhile, Jenny decides to help by working as an inept secretary/mole at Reeves Shoes, never suspecting that she'd fall for Reeves' nephew, Benjamin.

The Working Man gets somewhat too talky at times, hobbled with an abrupt ending and a few glaring plot implausibilities (his business rivals don't know what he looks like?). Arliss and Bette Davis appear to be having a ball with this, however. His gravitas elevates her performance, and her youthful energy enlivens his work. For those who think of Arliss as a musty antique, his spry characterization is a pleasant surprise. It's also refreshing to see lovely, early '30s Bette in a role where she doesn't end up shot full of holes and stashed in the trunk of some gangster's roadster.

Arliss enjoyed a healthy tenure at Warner Bros., yet The Working Man turned out to be one of the last films he did at the studio. When hotshot producer Daryl F. Zanuck departed Warner's for the nascent 20th Century Pictures, he took Arliss with him. As The Working Man was released to theaters in April 1933, the two signed an agreement to move forward on this new venture. Having always assumed that Arliss died shortly after his Warner tenure, it's interesting to note that he stuck around in pictures through 1937 and eventually passed away in 1946 at the age of 77 - a good run for this estimable Man of the Theatre. 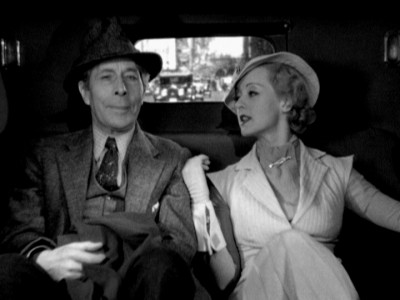 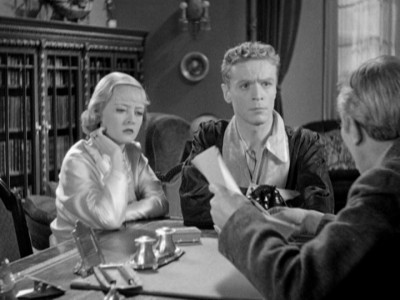 Although Warner Bros. didn't remaster The Working Man for this m.o.d. release, they did manage to use a nice looking print containing a moderate amount of specks and dust. The lightly aged image is what would be expected of an early '30s vintage film. While the black and white image gets grainy and contrasty whenever scenes transition into each other, it generally looks clean and well-balanced.

The Working Man's mono soundtrack is a pleasing mix that shows its age yet sports very little distortion or hiss. No subtitles are provided on this no-frills release.

Snappy 1933 comedy The Working Man overcomes its far-fetched storyline with a delightful turn by sexagenarian movie star George Arliss. The esteemed stage actor turns in an amusing and touching performance as a business magnate who realizes his true calling when he steps into his late competitor's role. Those who view Arliss as a moldy antique (or think "George who?") should check out this surprisingly jazzy vehicle - plus, it has a young and fresh Bette Davis. Recommended. 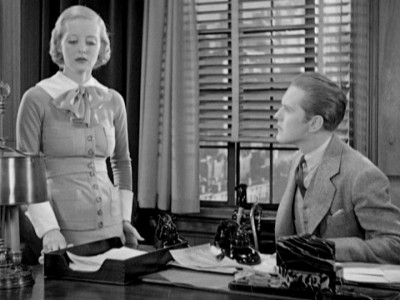 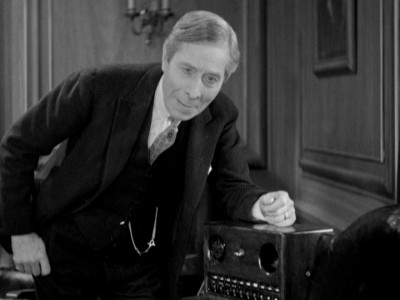