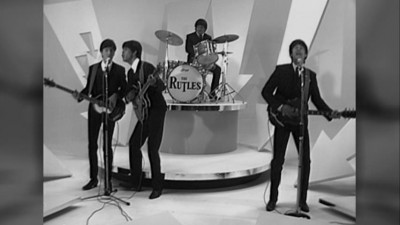 The Rutles started out as part of the 1970s BBC show "Rutland Weekend Television," which was Eric Idle's first post-Monty Python effort. (Rutland is the smallest county in England, and the show's humor was based on its being a small, low-budget production.) When a Rutles segment from the show was played during a "Saturday Night Live" episode hosted by Idle, producer Lorne Michaels suggested doing a longer take on the Beatles parody and this release's first offering "All You Need Is Cash" (shown in 1978 on the BBC in England and NBC over here) was the result. It plays pretty much like a straight documentary and is said to be an inspiration for 1984's This is Spinal Tap. The humor here is a bit more restrained than that however- Eric Idle appears on camera with a microphone giving us the story of the rise and fall of The Rutles, patterned ever-so-closely to the true story of The Beatles.

The "Pre-Fab Four" are slightly modeled after the real Beatles, but ridiculously named: "Ron Nasty" resembles John Lennon and is played by Neil Innes, who was also the main force behind the music in this. Eric Idle does double-duty as the Paul McCartney-like "Dirk McQuickly" (along with a few other random characters), "Barry Wom" (John Halsey) is the Ringo Starr of the group and George Harrison is represented as Stig O'Hara by Ricky Fataar. We see them mostly in faked archival footage which looks uncannily like much of the real Beatles film footage that most of us have seen. In their first visit to New York, Bill Murray (in a parody of radio DJ "Murray the K") hypes their arrival, and they perform "Hold My Hand" on the Ed Sullivan show- done on a set recreating the one the Beatles performed on during the actual show, and it's even introduced with the same footage of Ed Sullivan with "The Rutles" dubbed in place of "The Beatles". Also on hand are interviews with record executives, music critics and, as themselves, Mick Jagger and Paul Simon. Jagger says he formed the Rolling Stones as "the South's answer to the Rutles." John Lennon's famous misfire, when he was quoted as saying that the Beatles were "more popular than Jesus," is lampooned here when a newspaper quotes Ron Nasty as saying the Rutles "are bigger than God, and God never had a hit record." We then see angry mobs burning Rutles records with narrator Idle saying that people started buying records just to burn them. Ron holds a press conference to clear the whole thing up though- the reporter had just mis-heard him saying that they were bigger than Rod, Rod Stewart to be exact. 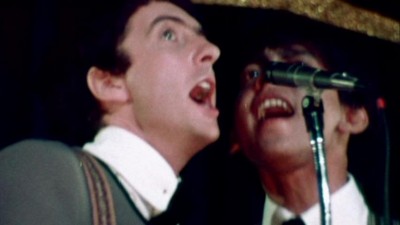 The band gets into a psychedelic period not through LSD but tea. They also do a few movies: "A Hard Day's Rut," "Ouch," "Tragical History Tour" and the animated "Yellow Submarine Sandwich" which has a few well-animated excerpts. Several songs are performed in their entirety during "All You Need Is Cash," and the surprising thing is that they are really good. Written by Neil Innes (member of the Bonzo Dog Doo-Dah Band, which appeared in the real Beatles' "Magical Mystery Tour"), they are done in a dead-on style of the actual Beatles' songs, with instrumentation and vocal styles that could be mistaken for the real thing (in fact, the Beatles' music publisher demanded songwriting credits for John Lennon and Paul McCartney on many of them.) Some of them are very close to real songs such as "Get Up and Go" modeled after "Get Back," but others such as the early "Goose-Step Mama" and "I Must Be In Love" are mostly-original songs that just could have been done by the Beatles in an alternate universe, and most of the lyrics refrain from obvious humor.

The second half of the "Anthology" is 2002's "Can't Buy Me Lunch," which is a much lesser effort. Eric Idle is the only cast member to return here, and he only plays the reporter who revisits many of the Rutles' historical locations and introduces clips from "Can't Buy Me Lunch" along with a bit of unused footage shot back then. Insight is given from a few celebrities on how the Rutles influenced their careers, such as Tom Hanks, Garry Shandling, Steve Martin and Carrie Fisher. There's a running joke of Eric Idle showing up in the wrong location and Jimmy Fallon constantly attempting to take over his act, but the best stuff is just repeats of the first show- the only memorable new gag is Tom Hanks showing a Rutles album released on triangular vinyl. 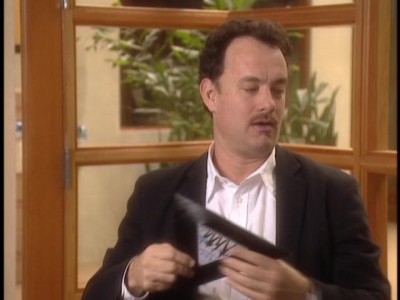 The Rutles Anthology arrives as a 2-disc set with a Blu-Ray and standard DVD. The Blu-Ray presents "All You Need is Cash" remastered in 16x9 high definition, mostly from the original 16mm film elements. The picture looks good and keeps the original documentary atmosphere without being overly clean, although a few shots look cramped from being cropped from 4x3. Most on-screen text is re-done in new hi-def lettering, which throws things off a bit. A few shots with original credits and those shot on video are shown in 4x3 with mirror-like side bars, as I've seen some HD news shows do with standard-def footage. (Picture is in 1080i in order to accommodate the proper frame rate for the video-based footage.)

The DVD repeats the same transfer of "All You Need is Cash" in standard definition along with "Can't Buy Me Lunch" in 4x3. Shot mostly on video with some archival filmed footage, it looks as good as any other TV material on DVD. 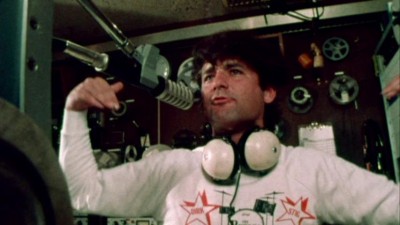 "All You Need is Cash" gets a 5.1 mix (in DTS-HD Master Audio on the Blu-Ray and Dolby Digital on the DVD), along with one in 2-channel (PCM on the Blu-Ray, Dolby Digital on the DVD). The 5.1 mix doesn't do a whole lot, keeping most of the sound up front with mostly ambient sounds and echoes in the surrounds. Spoken dialogue stays centered in the 5.1 mix, while it expands a bit to the front left and right in the 2-channel track. Considering this was originally made for mono TV broadcast, the sound is quite good in both mixes, with the music really showing off the effort that was put into it. "Can't Buy Me Lunch" is only in 2-channel Dolby Digital, with the music sounding just as good.

"All You Need is Cash" includes slightly glitchy SDH subtitles on the Blu-Ray (with a few lines appearing onscreen for only half a second, and uneven italicizing of the narration), and standard closed-captions for this as well as "Can't Buy Me Lunch" on the DVD (which are getting increasingly harder to access on new equipment.) 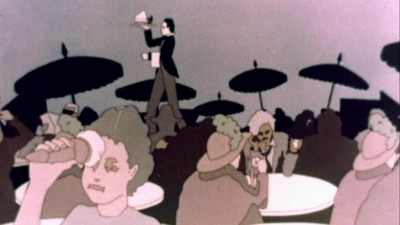 "All You Need is Cash" includes a commentary track with Eric Idle, who discusses how most of what we see here came about. Additionally, both discs include the short clip from "Saturday Night Live" which inspired Lorne Michaels to take the Rutles into bigger things, and an Easter Egg hidden in the "Extras" menus shows an alternate take of a scene with Dan Ackroyd as the record executive who turned down the Rutles, done with a bit more TV-friendly language than what's said in the full version. The DVD includes a video trailer for "Can't Buy Me Lunch". The discs come in a hole-filled Eco-Case, but the cover cleverly mimics the one for "The Beatles Anthology", with an un-sealed cardboard slipcover which I've already seen spoiled by price tags stuck right on it at one store. 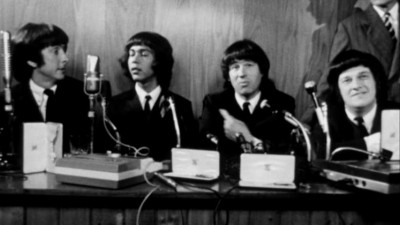 "All You Need is Cash" is essential viewing for any Beatles or Monty Python fan, though many of the jokes may go over the heads of those unfamiliar with the Beatles. While billed as a sequel, "Can't Buy Me Lunch" is more of a DVD extra at best (and was in fact released previously on DVD by Warner with extras that aren't included here), with some amusing bits from celebrities but nothing new from the Rutles themselves. Whether this is worth upgrading from the previous DVD release depends on your opinion of it- while I don't have it to compare, given the choice I would rather keep the original 4x3 ratio.