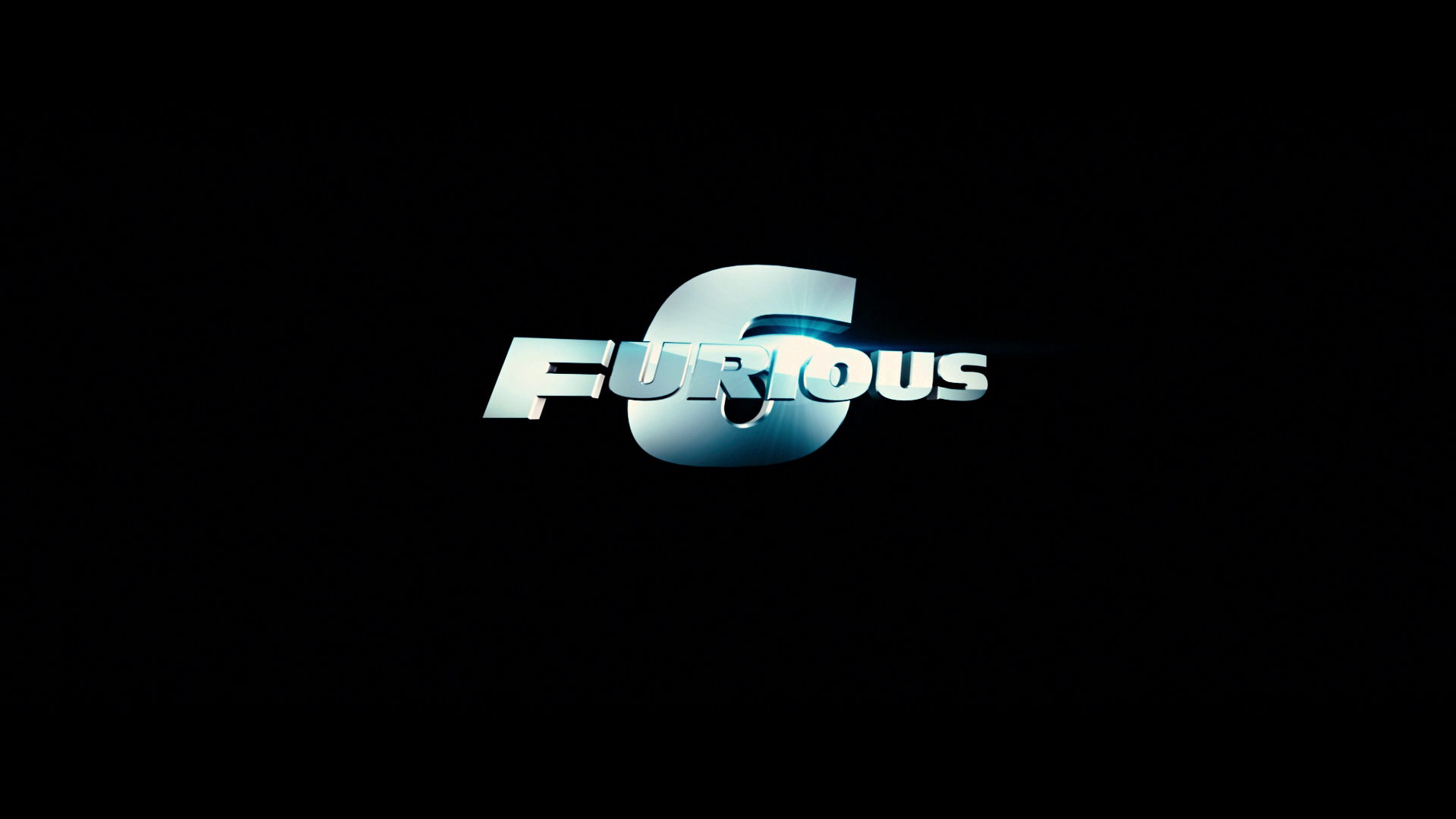 It is difficult to objectively review Fast & Furious 6 since its star, Paul Walker, died so suddenly on November 30. I grew up with these films. I was the target audience for The Fast and the Furious back in 2001, and I remain a fan of the franchise. By all accounts, Walker was a great friend to his co-stars, generous with his time and money, and an all-around decent human being. Walker never got to act in the prestige projects that we normally associate with acting greatness, but he brought an easy, natural charisma to all his roles. His career was on an upturn of late, and I expected to see the actor in many more roles. Sadly, a violent car wreck ended his career, but The Fast and the Furious series certainly benefitted from the actor's contributions. Walker's Brian O'Conner is not the main focus of Fast & Furious 6, the fourth entry directed by Justin Lin, which sees Walker, Vin Diesel, Dwayne Johnson, Michelle Rodriguez and company fighting an international criminal in London. Furious 6 isn't quite as tightly plotted as Fast Five and some of the action is borderline ridiculous, but Lin again crafts an exciting action picture buoyed by his charismatic, likeable supporting cast.

A stinger scene during the credits of Fast Five revealed that Letty Ortiz, Dominic Toretto's (Diesel) former girlfriend, apparently survived an explosion in Fast & Furious and is now working for criminal Owen Shaw (Luke Evans). Agent Luke Hobbs (Johnson) approaches Dominic and Bryan with an offer they can't refuse: Re-assemble their crew, including Roman Pearce (Tyrese Gibson), Tej Parker (Chris Bridges); and Han Seoul-Oh (Sung Kang), to track down and capture Shaw and receive full pardons for their laundry list of international offenses. Dominic refuses to abandon Letty, and Brian, now married to Mia Toretto (Jordana Brewster) and the father of a baby boy, wants to return home to Los Angeles to raise his family. The team flies to London, where they discover Shaw wants to sell on the black market a device that can cripple a country's military operations. 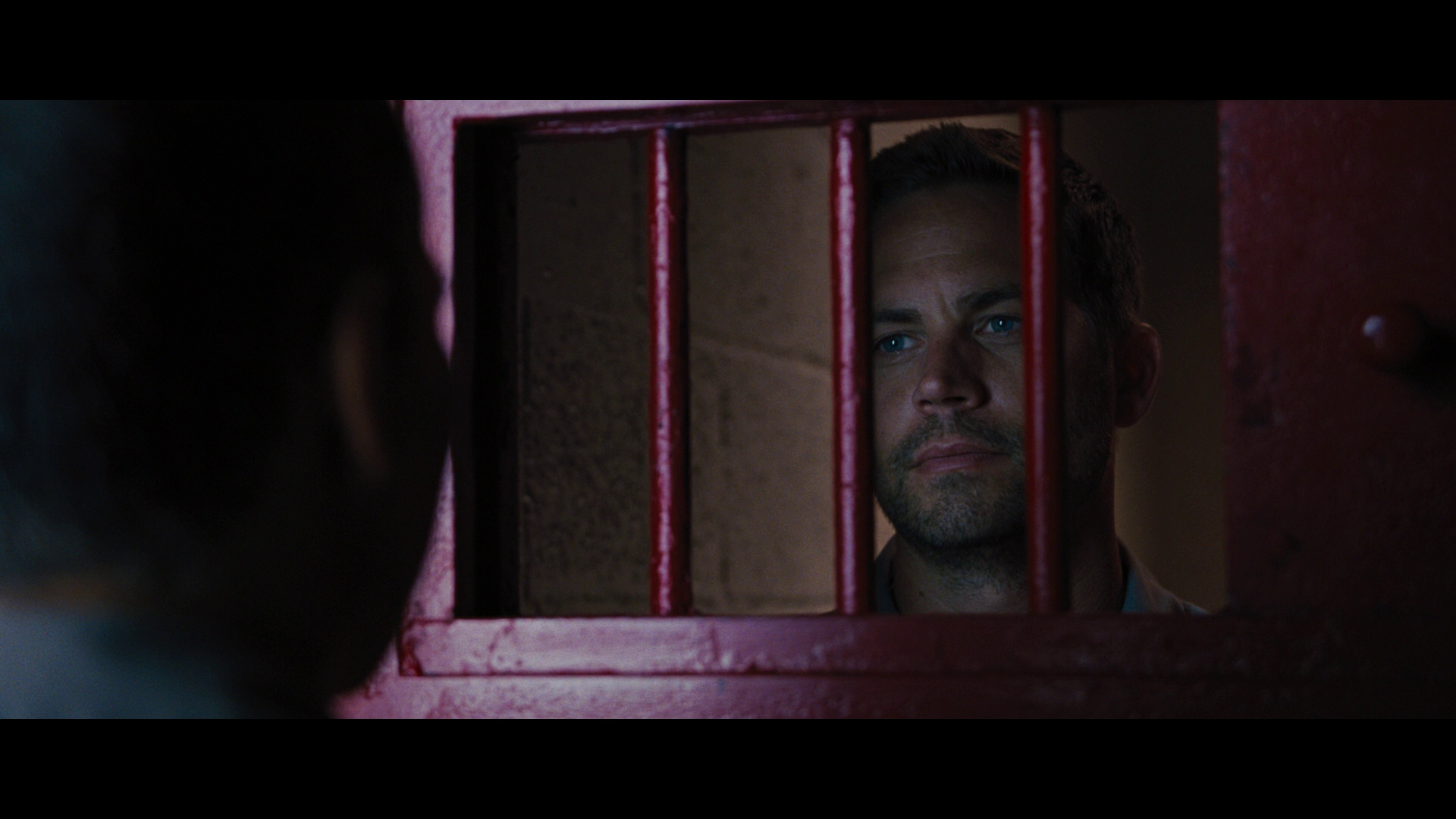 Somewhere between 2 Fast 2 Furious and The Fast and the Furious: Tokyo Drift, this series became more than just exotic locations and fast cars. When the core cast returned for Fast & Furious, criminal enterprising began to take a back seat to Dominic, Bryan and company's Robin Hood morality; saving the good guys from international drug dealers and thieves. Furious 6 serves up more of this recipe, giving the audience heaping helpings of the diverse cast that has carried this series to six installments and counting. From its humble beginnings on the L.A. street racing circuit to more recent action by the beaches of Rio de Janeiro, the series has defied expectations of its quality and performance.

Lin gets a lot of credit for rejuvenating the series, and Furious 6 caps his trilogy that takes place after the events of 2 Fast 2 Furious but before Tokyo Drift. Furious 6 has plenty of action: An early car chase on the streets of London is lean and mean, and an extended highway chase involving multiple vehicles, a tank, and a flying Vin Diesel is ludicrously entertaining. The climax, which takes place on and around an accelerating Antonov cargo jet, is anything but realistic. There are a number of funny Internet memes about the sequence, and I've seen calculations putting the runway length at 27 miles. These gaps in logic matter little in a film that stages elaborate fight sequences and car chases aboard an airplane. Furious 6 may be silly at times, but it's also incredibly fun. Lin's direction is technically proficient, and the film is quite slick looking. If you hated previous entries then I suppose Furious 6 won't change your mind about the series, but everyone else should find a lot to like here. 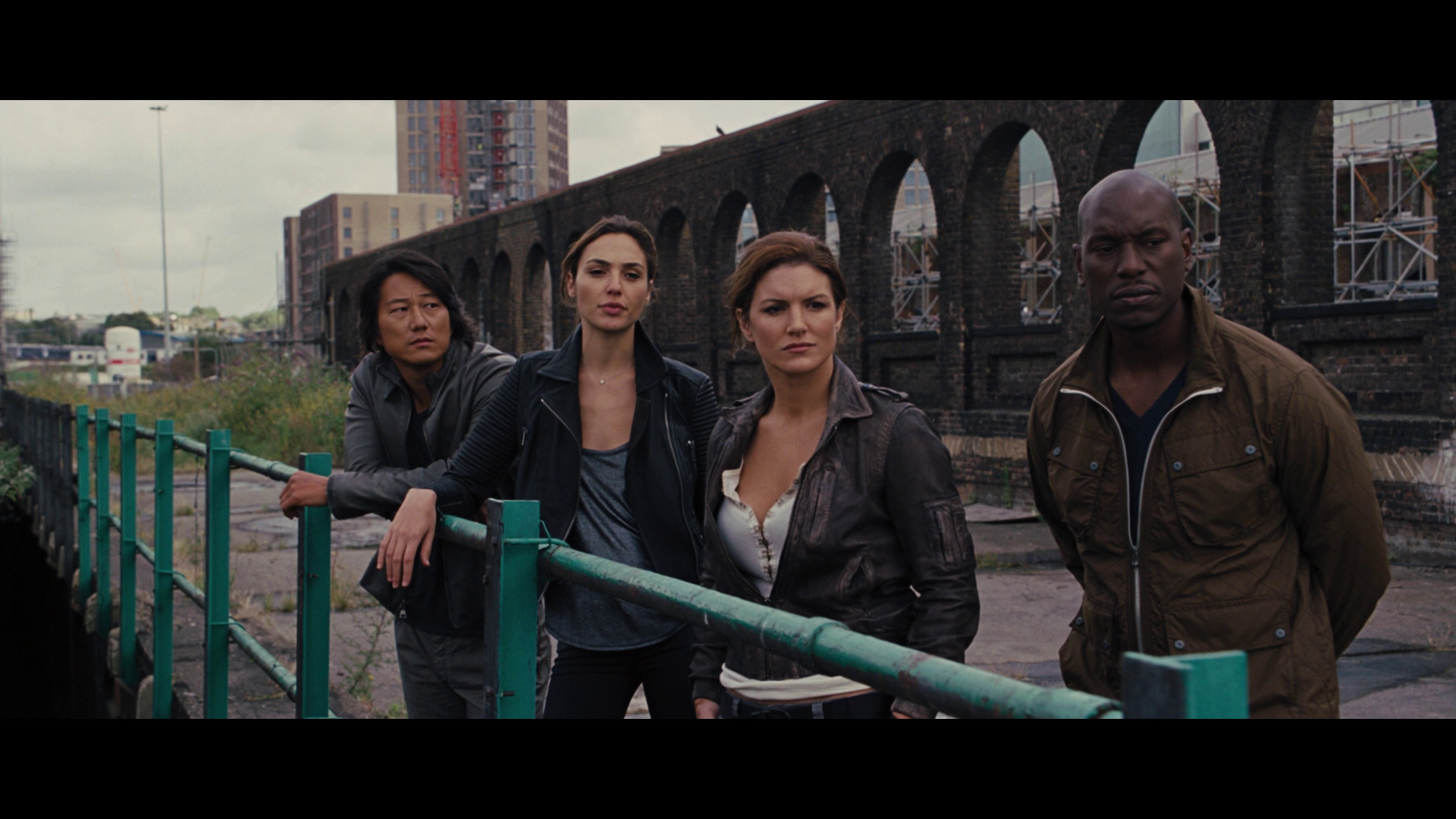 The chemistry between the core cast members has always been the series' greatest asset. From original cast members Diesel, Walker, Rodriguez and Brewster, to later additions Johnson, Gibson and Bridges, few action series can claim such a likeable cast. There are plenty of scenes for each supporting character, and MMA fighter Gina Carano joins Brewster, Rodriguez, Gal Gadot and Elsa Pataky's crew of beautiful, badass Furious women. Walker gets less screen time this go-round, but he has some entertaining solo scenes where Bryan pretends to be a federal prisoner in order to confront Arturo Braga (John Ortiz), Shaw's former henchman who Bryan sent to prison while working for the FBI. Furious 6 is not looking to win an Oscar, but it earns its audience's respect. As the sixth entry in the series, Furious 6 remembers to bring things both new and old to the table, and the film is not satisfied to coast by on the fumes of past success. The future of the series is uncertain without Walker, but whatever happens, it's been a hell of a ride.

Universal provides an expectedly excellent 2.35:1/1080p/AVC-encoded transfer for Fast & Furious 6. Detail is abundant and impressive, and each frame benefits from beautifully realistic texture and stunning clarity. Backgrounds stretch for miles without a hint of compression artifacts, and close-ups reveal minute, intimate facial details. Colors and contrast are perfect; boldly saturated when required but never bleeding. The candy paint jobs of the street racers and the cold metal interior of the Antonov are equally stunning. Edge enhancement and digital manipulation are completely absent. Black levels are strong, with only the slightest hint of crush.

The 5.1 DTS-HD Master Audio soundtrack is boisterous, and places viewers amid the action with perfect separation and range. All elements - dialogue, effects and score - work together like a finely tuned engine. Car chases make great use of the surround speakers and subwoofer. There is always something going on in the rear speakers or in the front extremities, and all of these elements are mixed perfectly. If you're looking to impress guests with your home theater's audio system, this is the disc to use. 5.1 DTS French and Spanish mixes and a 2.0 English descriptive mix are included, as are English SDH, French and Spanish subtitles. 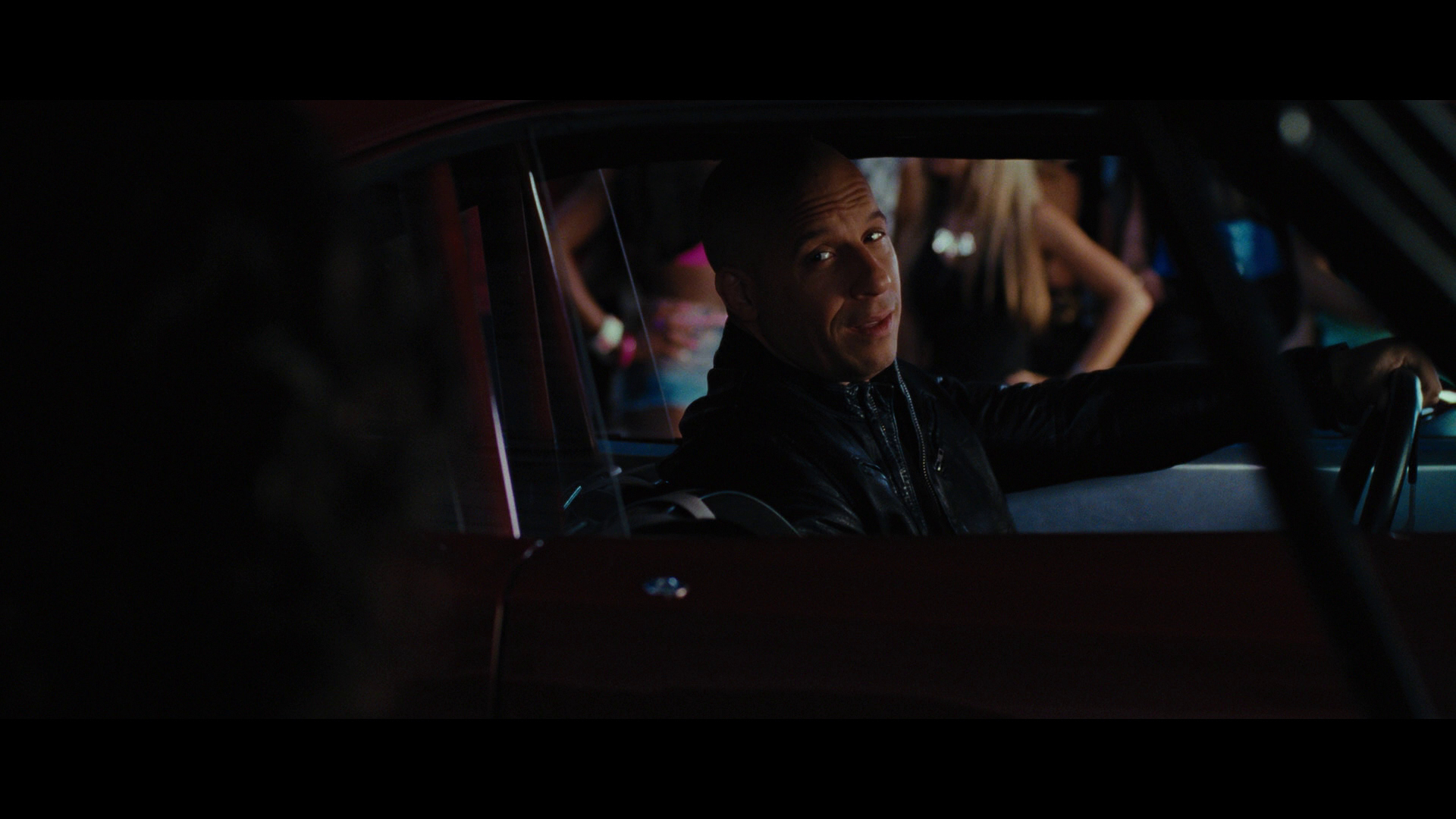 This combo pack includes the Blu-ray, a DVD copy of the film, and both UltraViolet and iTunes digital copies. The main artwork matches the colorful designs used for the Blu-rays of the previous films, but the outer slipcover features different artwork with light embossing. The disc includes both the 130-minute theatrical cut and a 131-minute extended cut. Differences are minimal and consist of a few minor additions to the subway fight, Bryan and Dominic's interrogation of a Shaw henchman, and the final action scene. On the main menu you can access the Fast and Furious 7 First Look (1:54/HD), and there are a number of additional extras on the disc:

This sixth entry in the Fast and the Furious series rekindles the joyous energy and camaraderie of previous films, with cast members Vin Diesel, Paul Walker, Tyrese Gibson, Chris Bridges, Michelle Rodriguez, Jordana Brewster and Dwayne Johnson all returning for this blockbuster outing. The crew goes to London to track an international criminal in hopes of earning their freedom, and the action is over-the-top exciting. The late Walker again provides easy charisma, and Furious 6 is fine action entertainment. Highly Recommended. 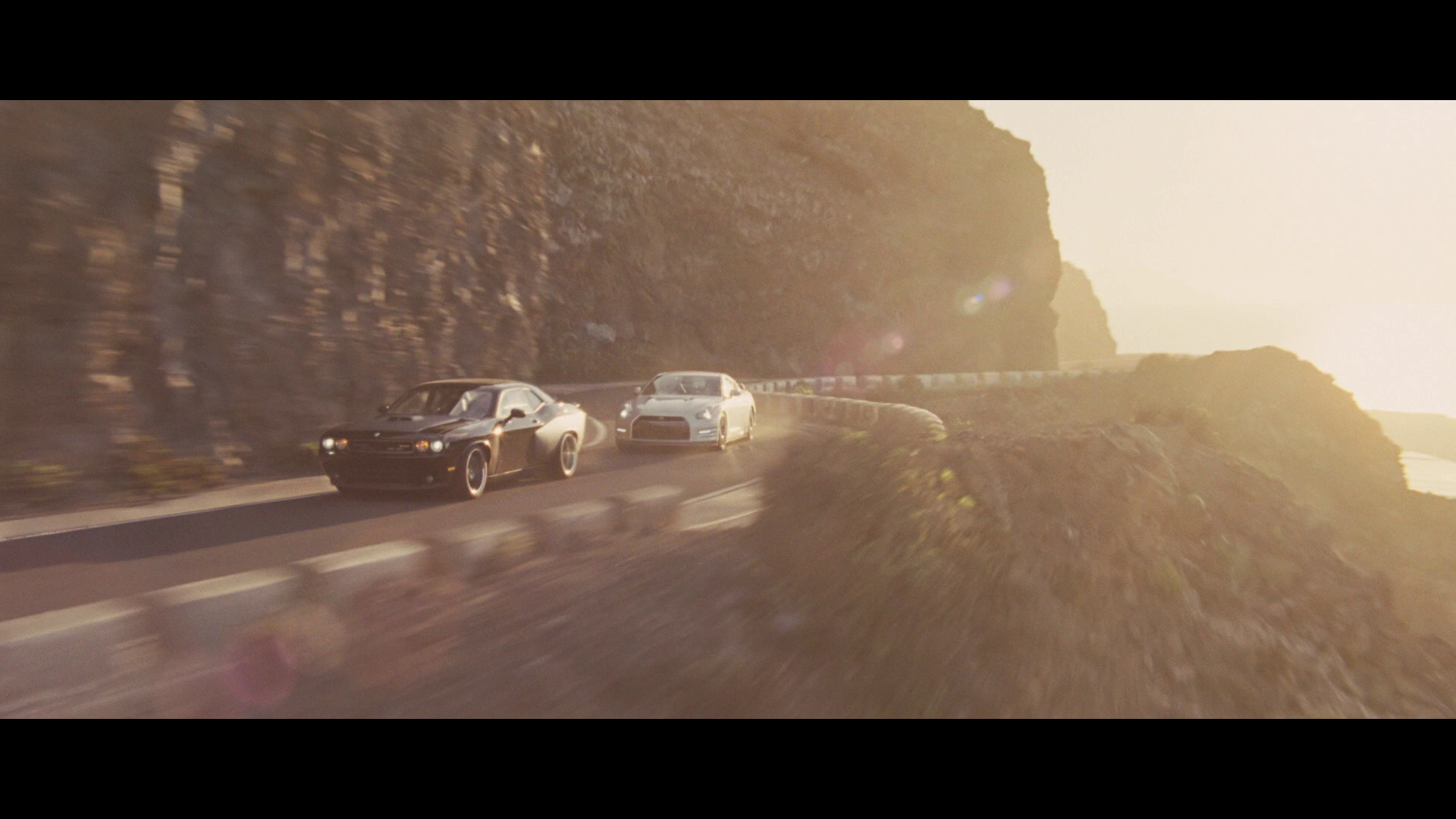 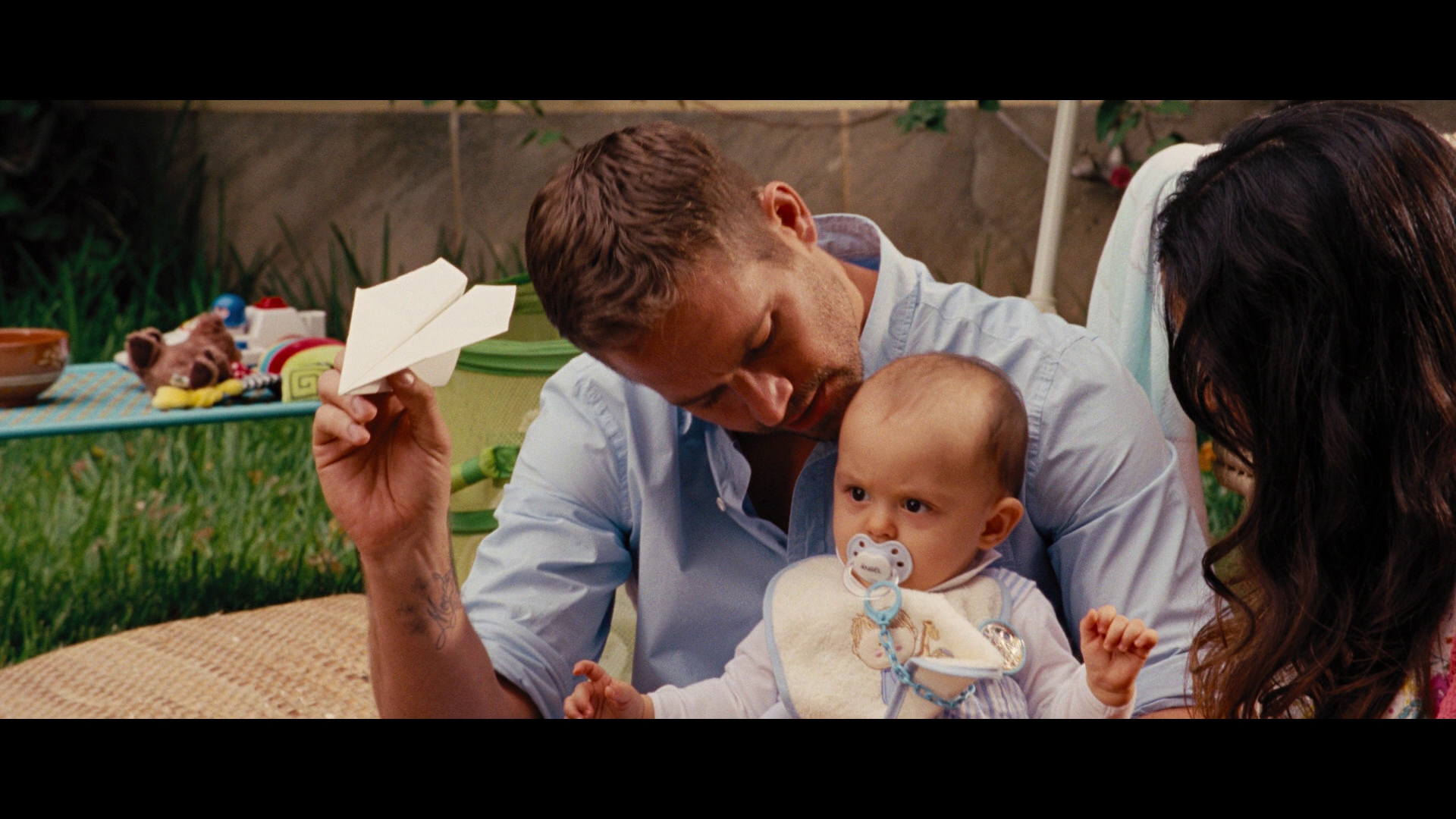 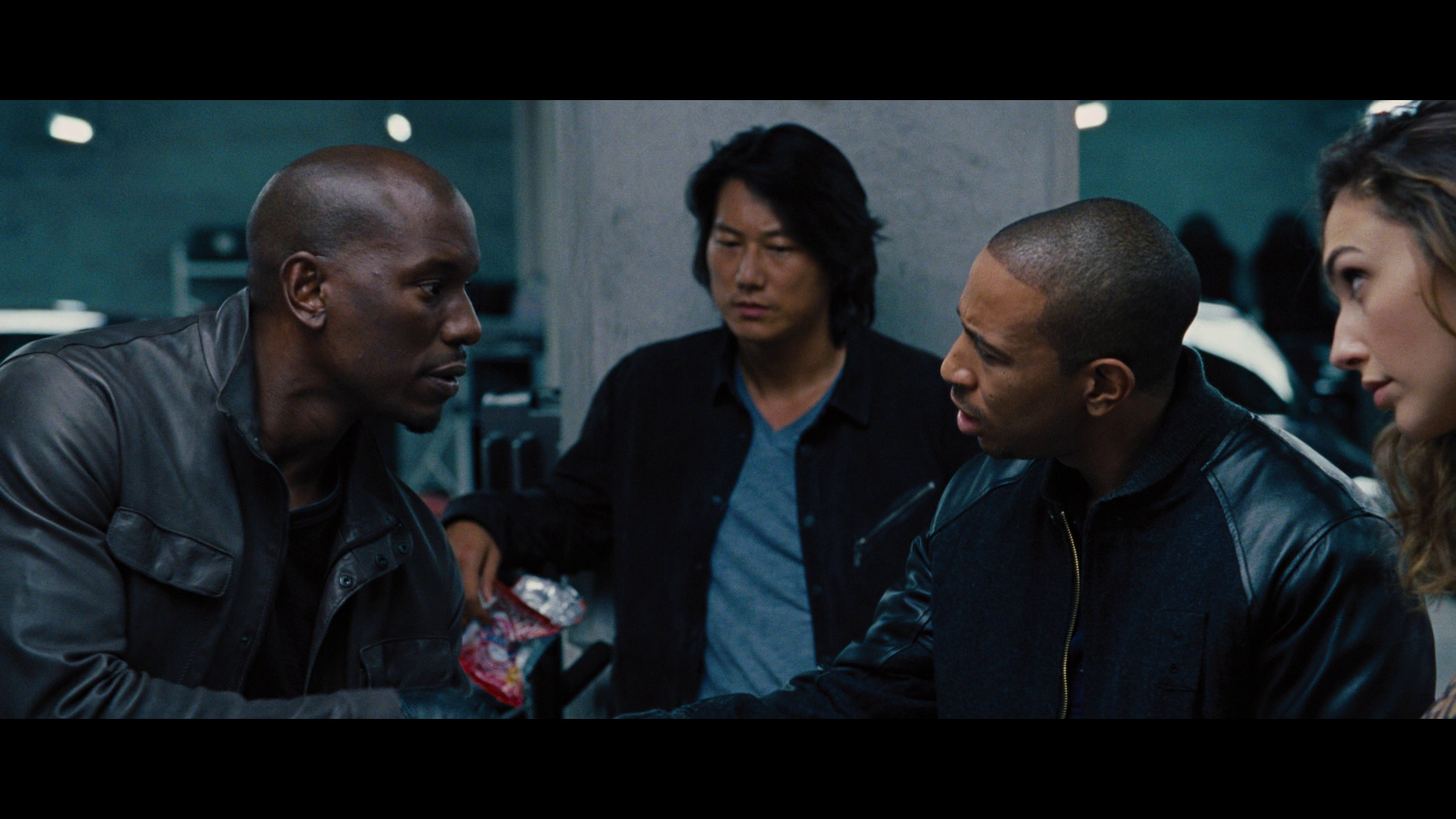 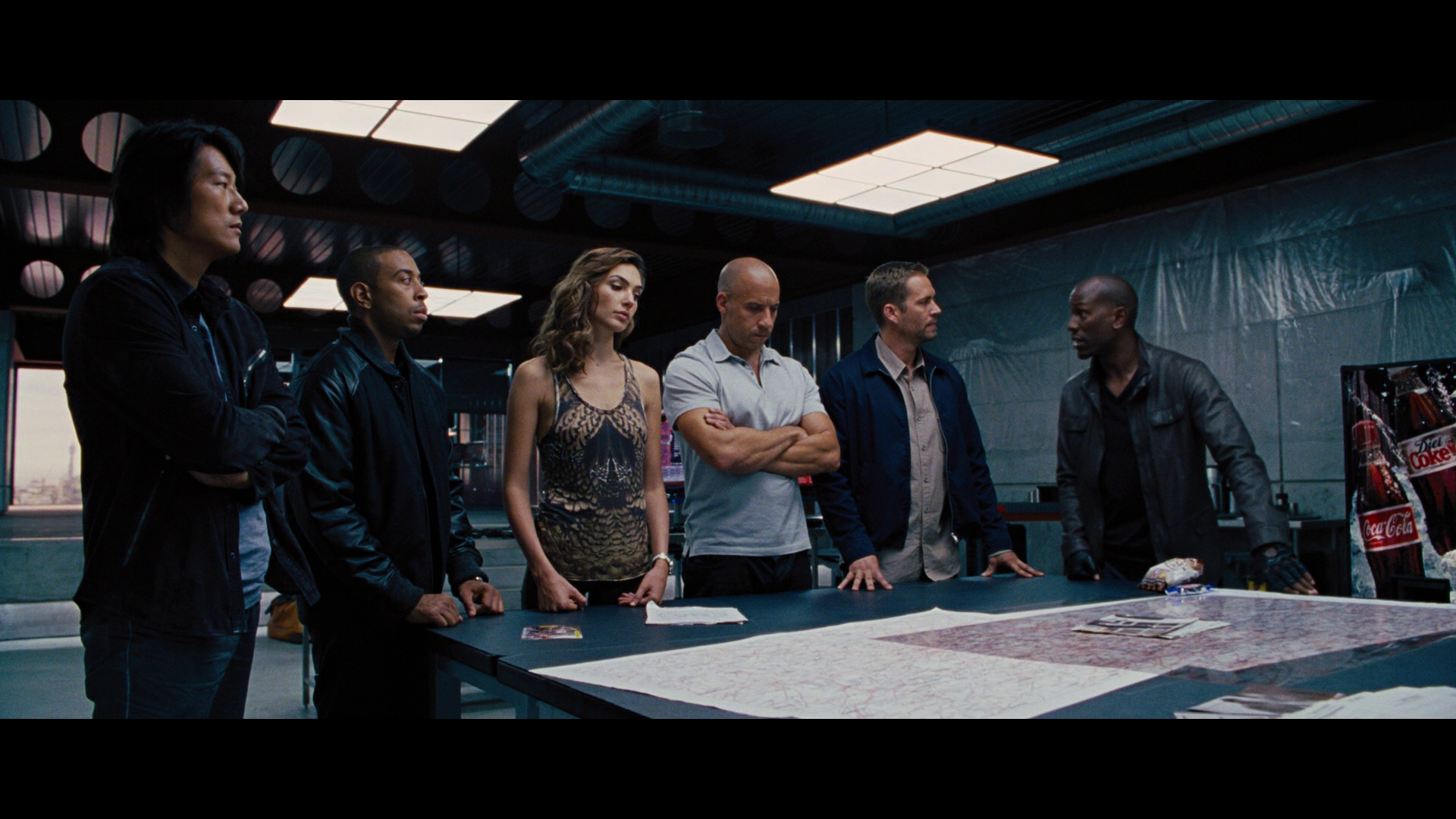 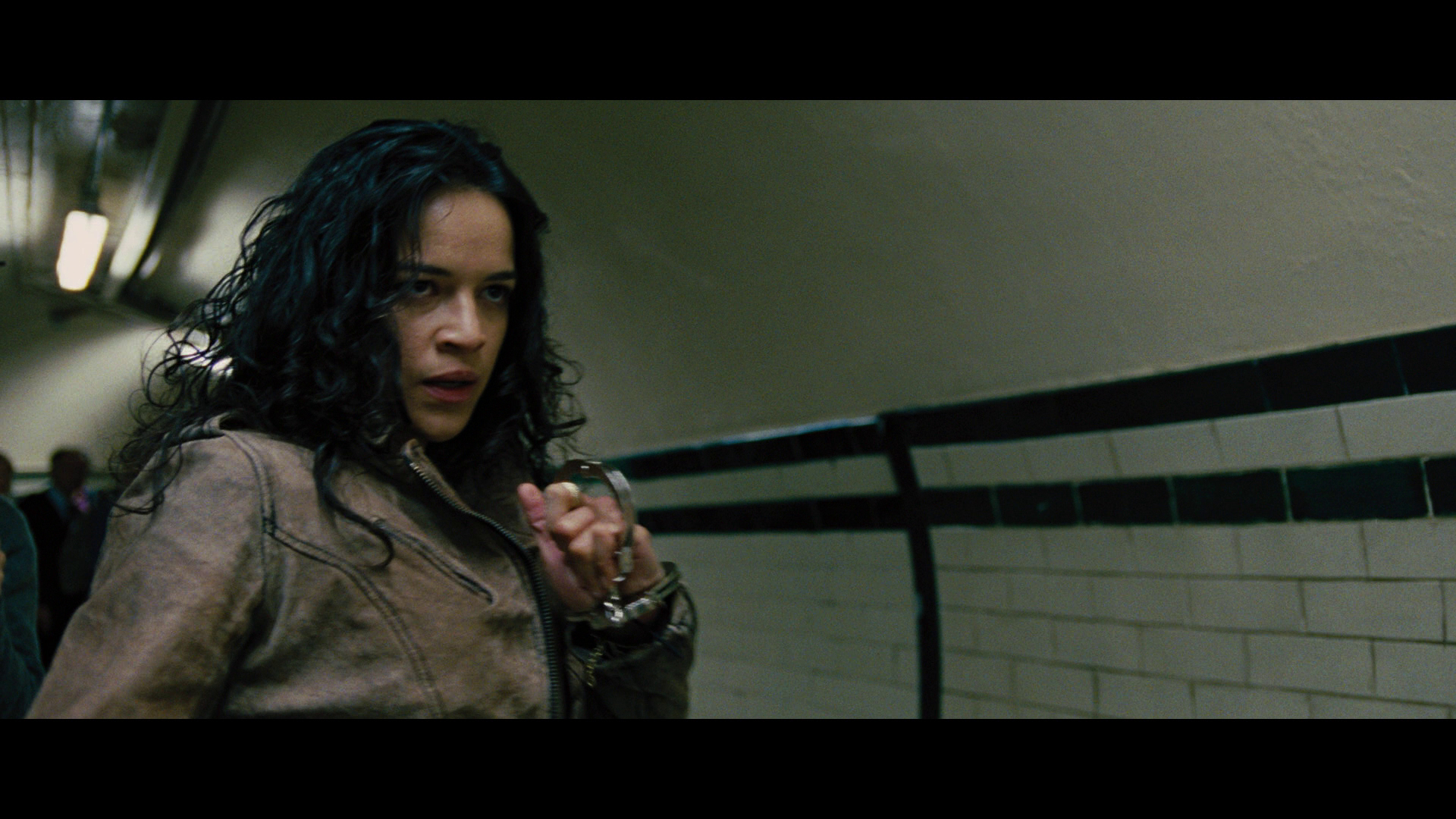 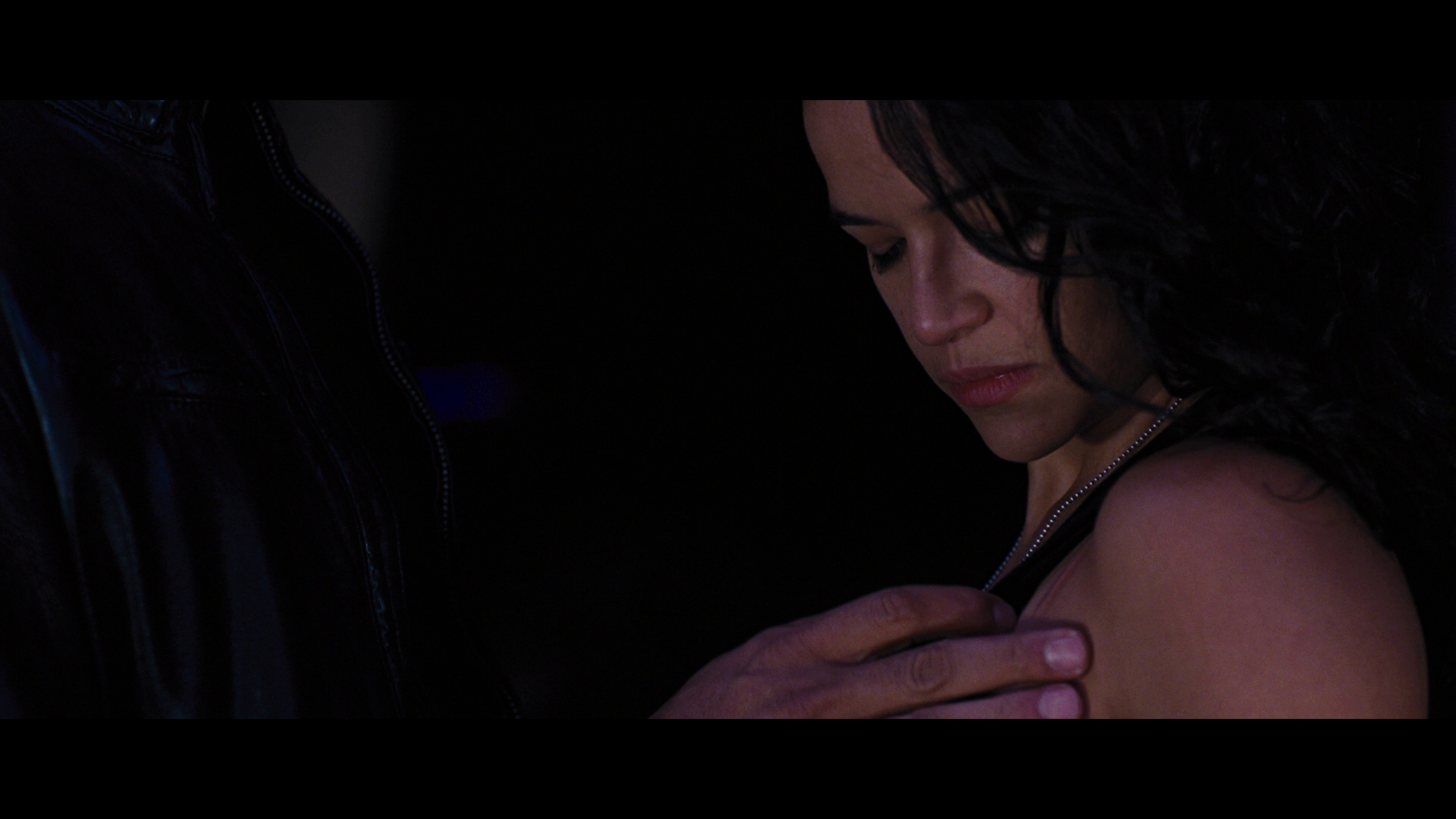 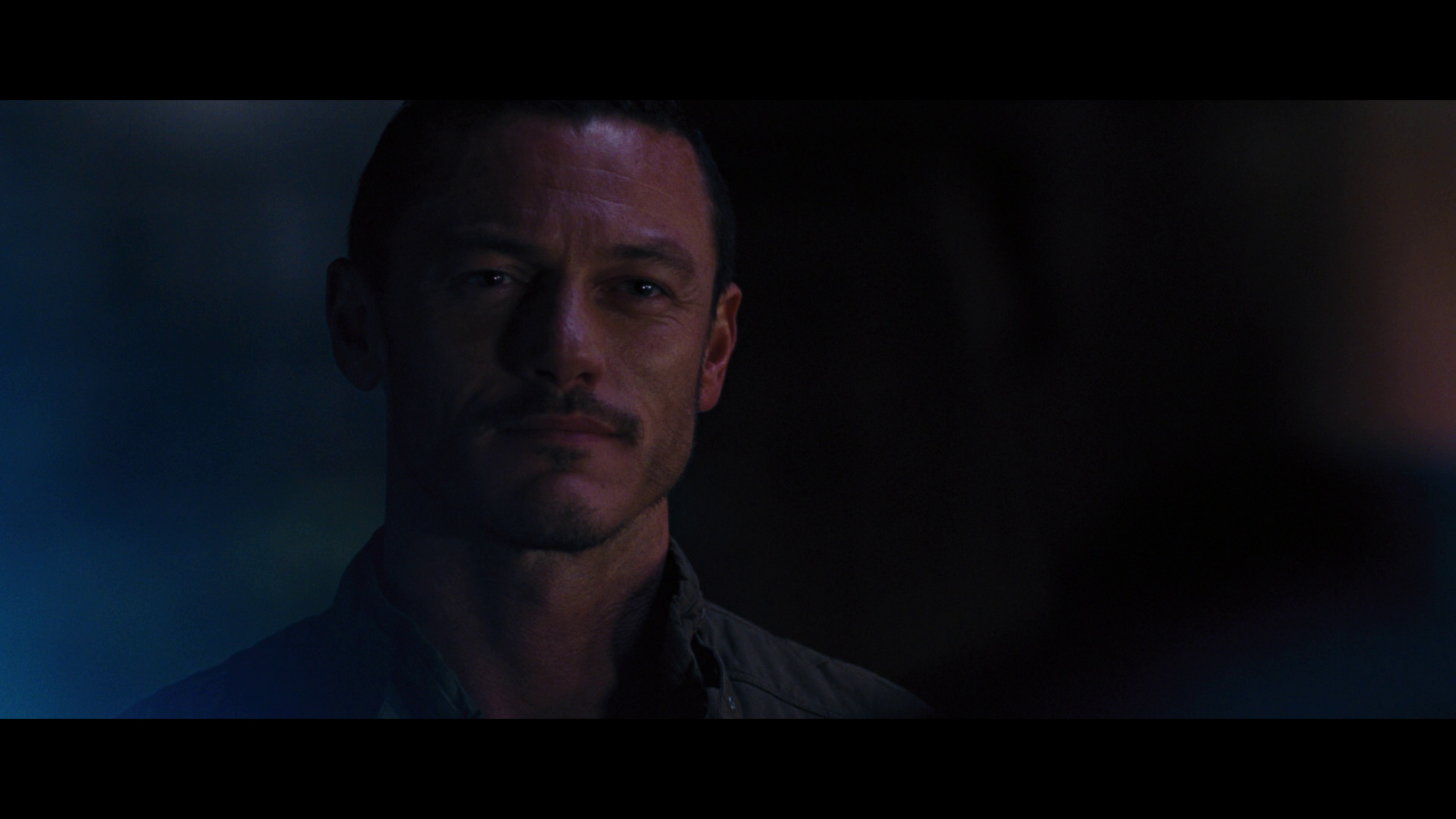 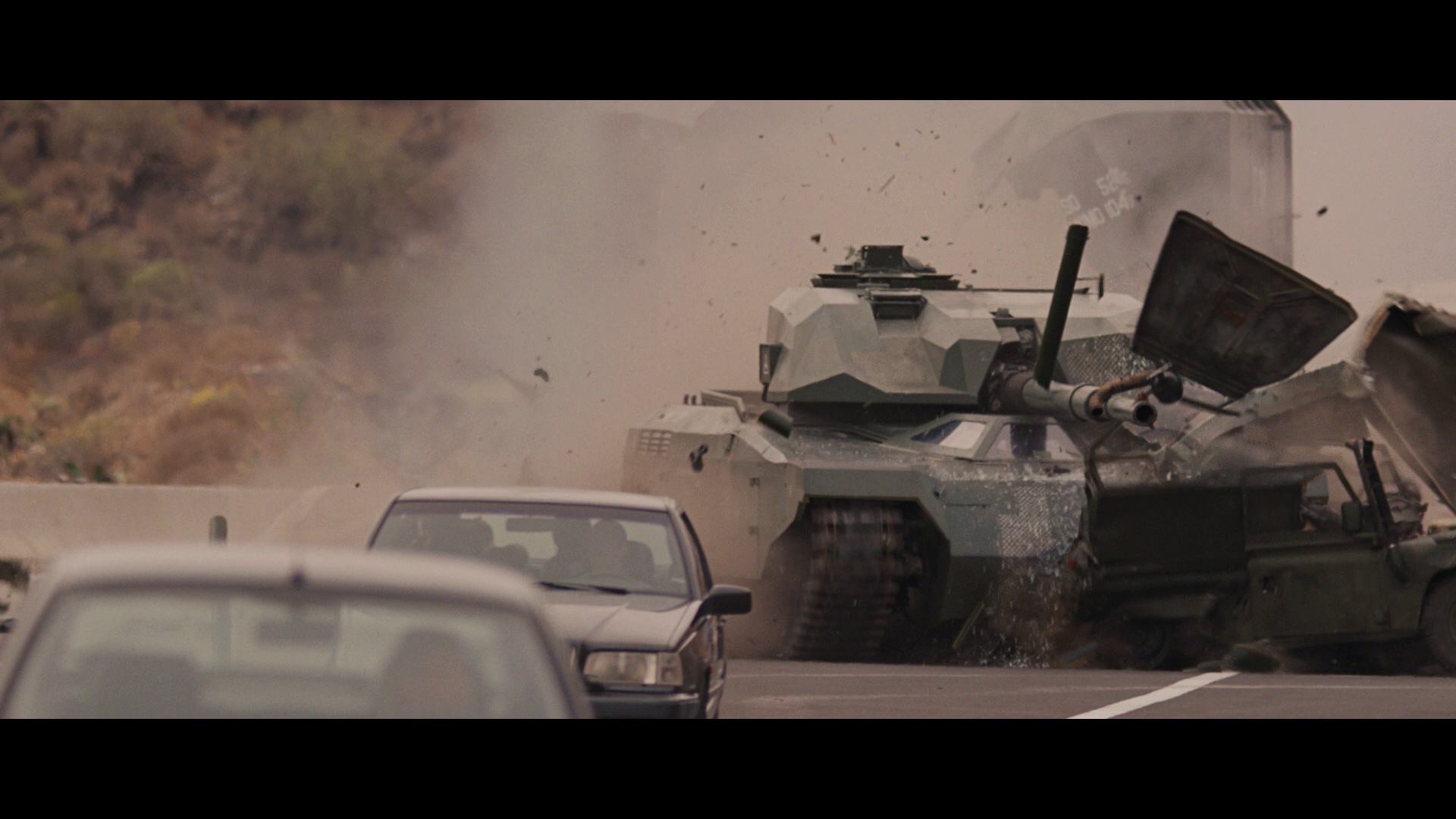 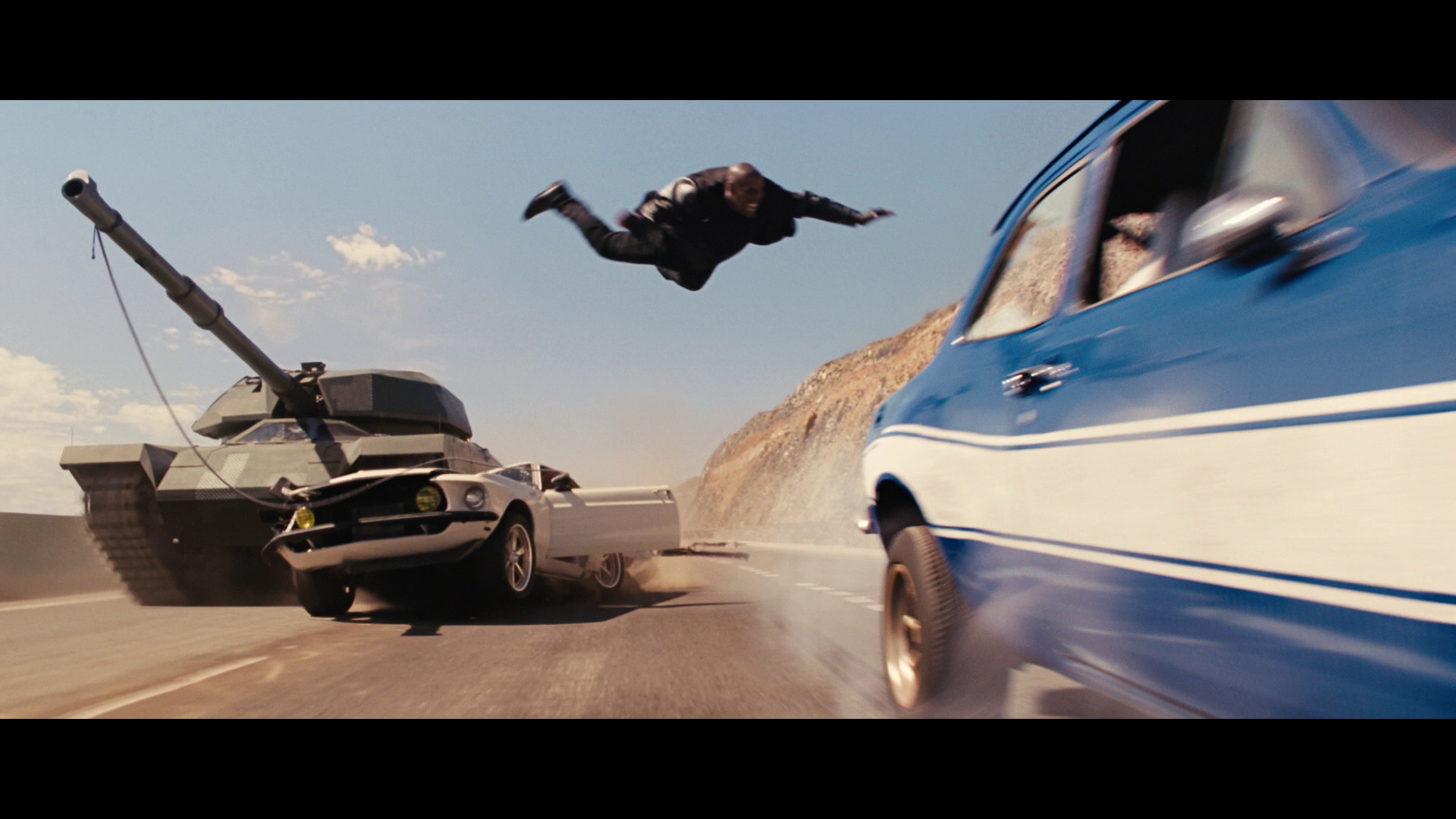 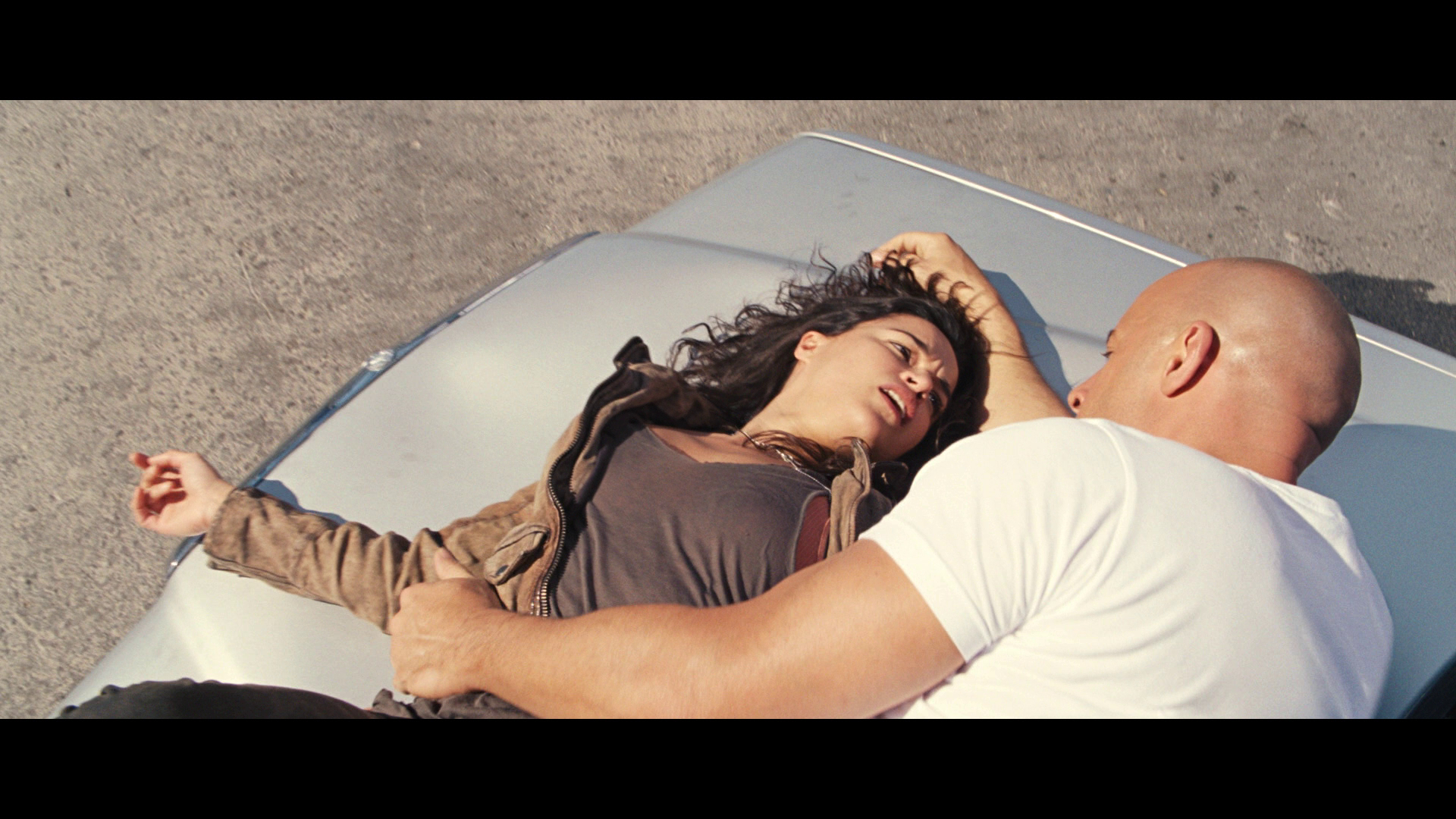 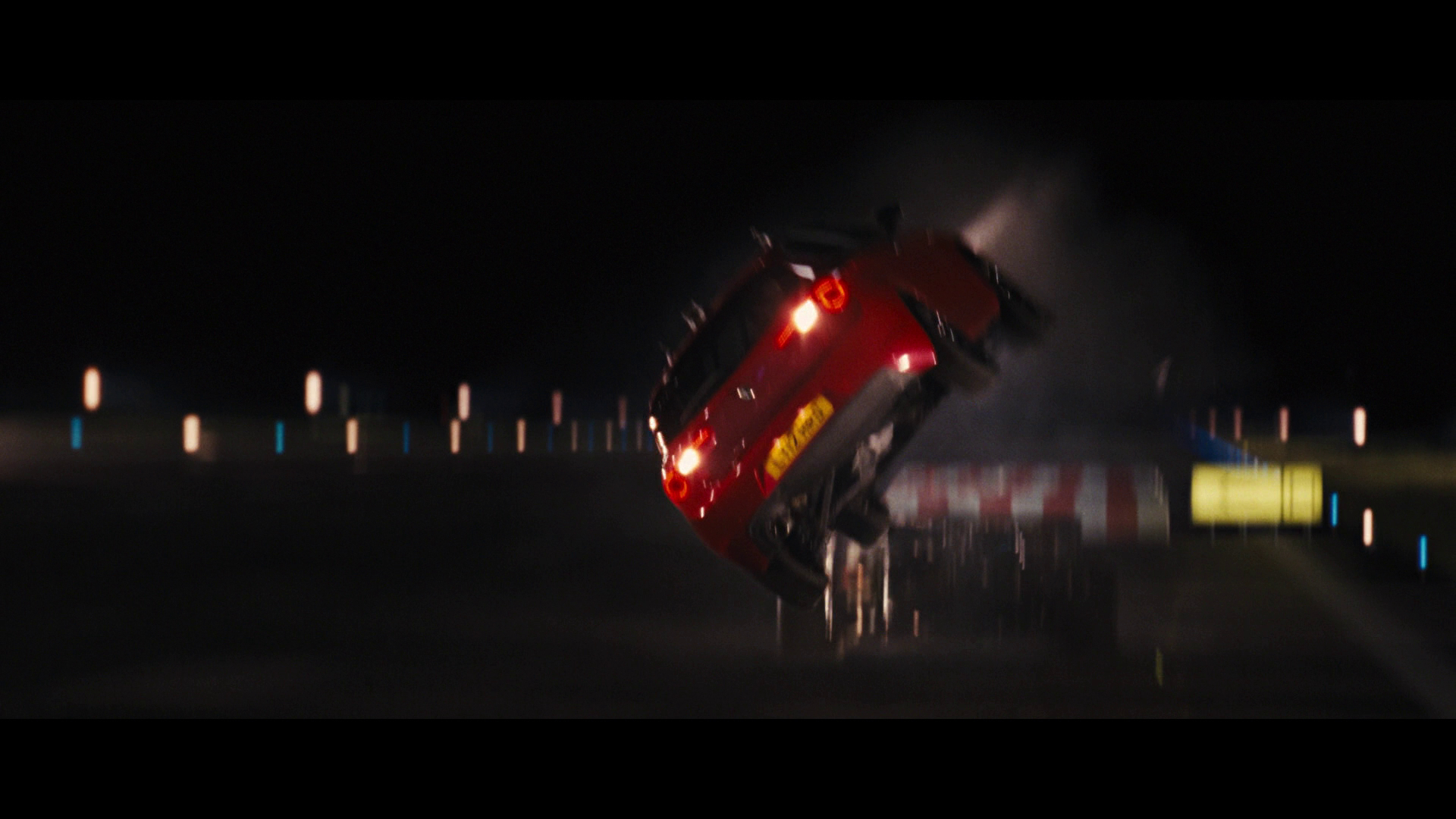 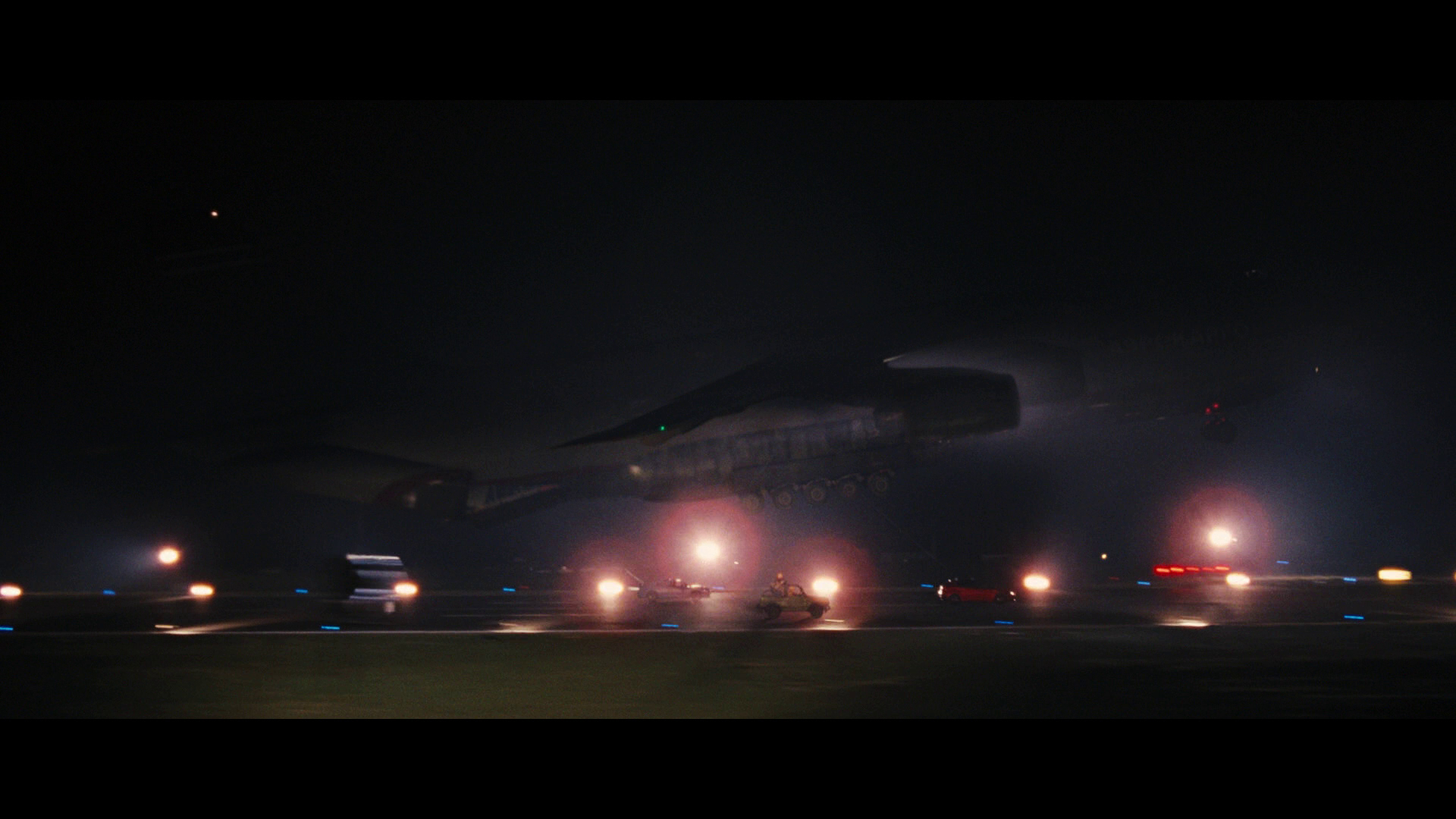 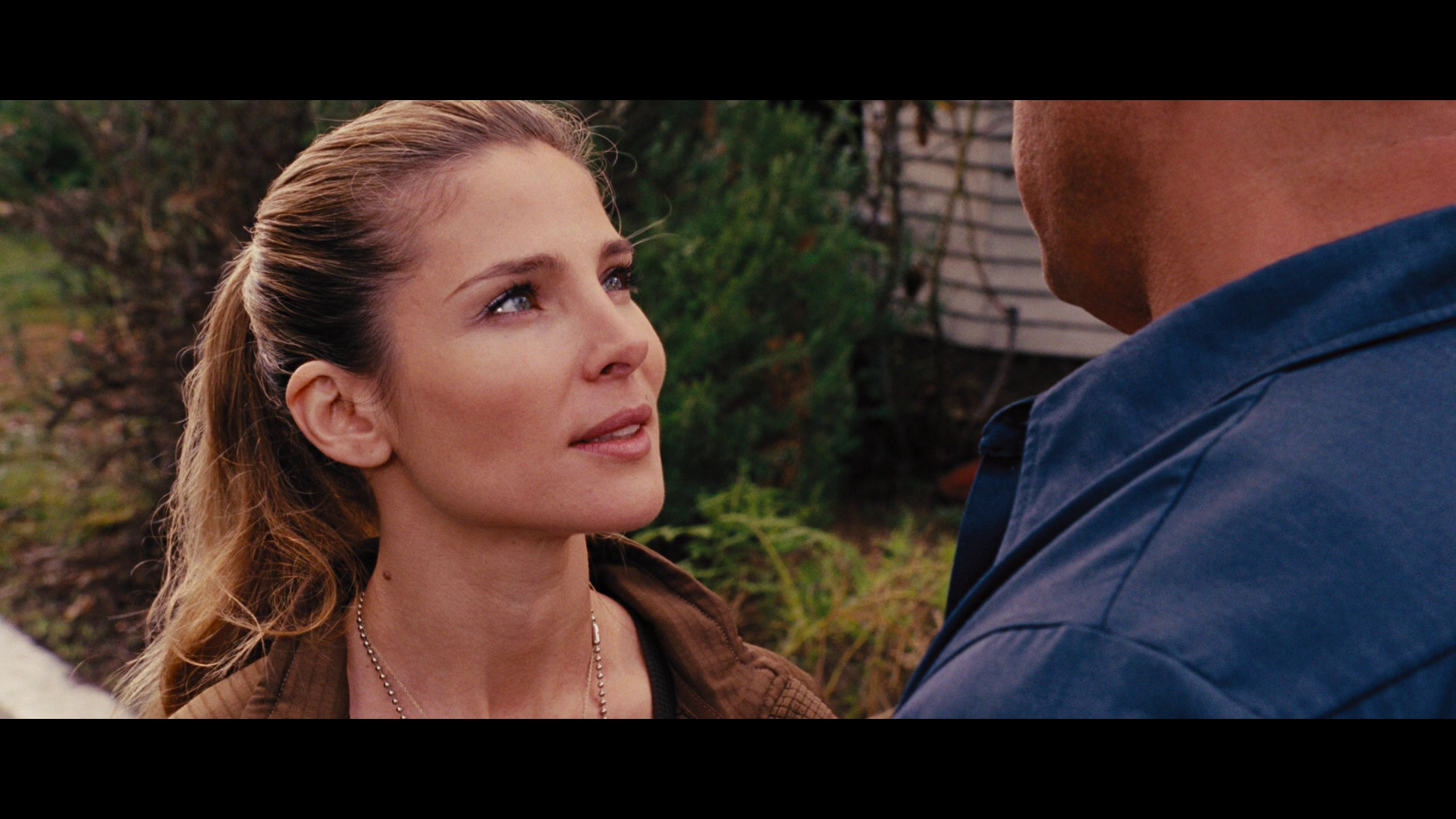 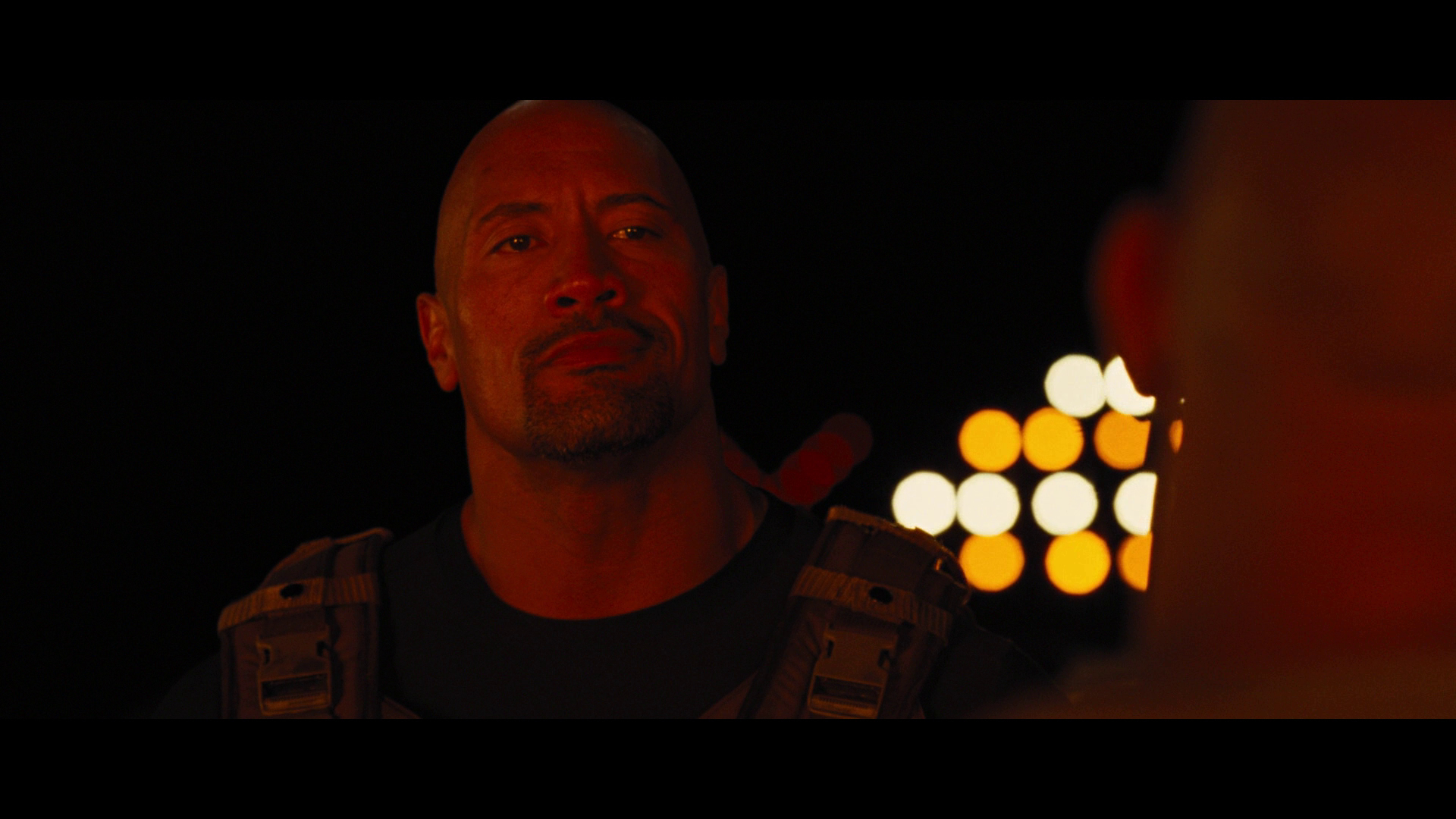 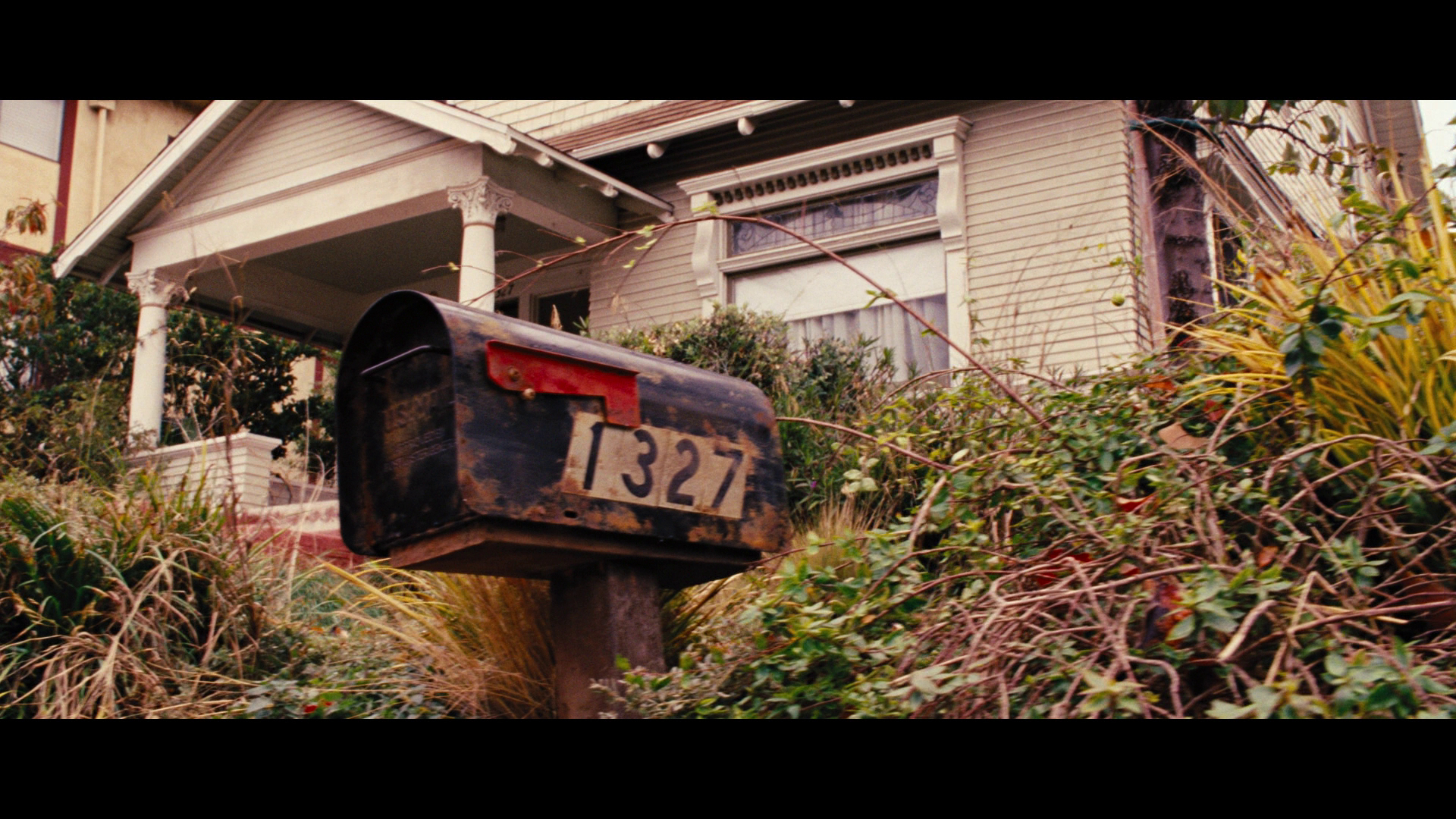