For all the talk about Matthew McConaughey being a nice guy who you would love to party with, the guy has been on a roll as of late career wise, whether it is portraying a strip club owner in Magic Mike or as a fugitive hiding out in Mud. And there is this feeling that he still has more of his emotional depth and range to tap upon, even after seeing him in Dallas Buyers Club.

Written by Craig Borten and Melisa Wallack (the latter of whom wrote and directed Meet Bill), Jean-Marc Vallee (The Young Victoria) directed the film, based on the life of Ron Woodroof, who McConaughey portrayed. In 1985 Dallas, Woodroof has sex with many anonymous female partners and uses cocaine about as frequently as he spends time betting on bull rides at a rodeo or working as an electrician. An accident on the time finds him at the hospital, where blood tests determine that he not only has the AIDS virus, but also has 30 days to live. Woodroof is deeply homophobic and resists the stigmas associated with having AIDS in Texas in the mid-eighties, and starts taking AZT (which was the main drug being prescribed at the time and was heavily diagnosed in treatment) through less than legal means. However, he eventually learns large dosages of the drug prove to be detrimental to treatment. More frustrating is that alternative drugs that serve to be a better benefit to patients (and were obtainable across the border in Mexico), were not approved for use by the Food and Drug Administration and thus not available. So Woodroof on his own initiative would smuggle these drugs across the border for people who bought "membership" into a club where these drugs could be obtained. Through this club and its increased prominence his views on the virus and on homosexuality tend to evolve, along with his efforts for the government to recognize the value of these drugs over AZT despite the lobbying of AZT by the pharmaceutical companies responsible for their approval and use. 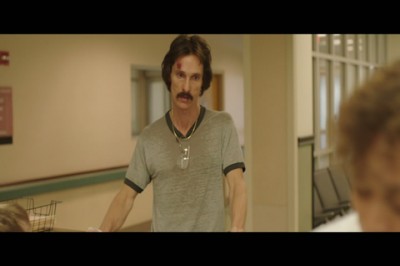 One of the first things the viewer sees, especially if they had not seen a recent image of him lately, is the starkly emaciated visage of McConaughey. Reportedly losing more than 40 pounds for the role, the intent to place McConaughey's character in an immediate dire position is a good decision for the story. For those that remember the time (even eleven year-old me who presented a fifth grade science project on the virus), the biases that AIDS patients faced was crazy, in part because there was little to know about how the disease was contracted. Woodroof faced these biases quickly among his presumed friends and co-workers, and as he was socially outcast, the alternative medicine he learned about from a hospital worker became something that eventually proved to be significant in the fight against the disease. In his attempts to obtain these drugs and help others, he finds his cause, something that he perhaps could be remembered for. McConaughey portrays Woodroof well, and in a film that shows him already thin, seeing the disease finally claim its hold of him and his frame diminish even further (likely due to a slightly larger wardrobe and some select makeup usage) is simply remarkable.

To be clear, McConaughey is worthy of the praise his performance is garnering, a performance that shows determination and occasional reflection, even as the disease is taking its hold on him. But as is the case with many McConaughey roles, there is some individual self-reconciliation for those that see them. We all know that McConaughey is trying to basically reprise some form of Dave Wooderson in every role, right? I think this allows for that to some bizarre degree. Ron was reportedly the confident, brash charismatic person before the disease, and he found a sense of resolve to it that McConaughey manages to capture through the entirety of the film. It is Jared Leto who many are talking about in the film almost in the same breath as McConaughey, and rightly so. Leto plays Rayon, a transvestite prostitute and drug addict who also has AIDS and helps facilitate word of Ron's Club to the gay and transgender community in Dallas. Leto is no stranger to his own transformations in movies, gaining a considerable amount of weight to play Mark David Chapman in Chapter 27. He also loses a lot of weight in order to play Rayon, and the thing for Rayon is (compared to Ron at least), the only thing separating the two is Ron's ability to acquire drugs for the Club. Rayon is also ostracized from friends and family, and continues to use cocaine despite knowing that it will accelerate the disease in him. His third act scenes are heartbreaking. McConaughey may bring the headlines for Dallas Buyers Club, but Leto is its softer spoken soul.

With Vallee's help and to its benefit, Dallas Buyers Club focuses on the struggle to find effective treatments for the disease at a level that is more tangible and identifiable to the viewer. The film could have very well chalked the struggles of getting other medicines on the market to essentially saying "fucking Reagan" and gone from there (rightly or wrongly), but for the film to saying "fucking government" on a more institutional level is far more effective. It was that much of a struggle to receive wide recognition and acceptance, and tangentially most innovations appear to endure similar struggles to this day, irrespective of what industry. Sometimes the lower fidelity solutions just work, and that story as it unfolds in Dallas Buyers Club is adequate. The doctor at Dallas Mercy Hospital (where Ron has most of his frequent hospital stays) is played by Jennifer Garner (The Invention Of Lying) represents some of the struggle against Big Pharma and a platonic friend for Ron. She is decent in her role, but her appearance in the film is secondary to the story and feels like a waste of her talents. 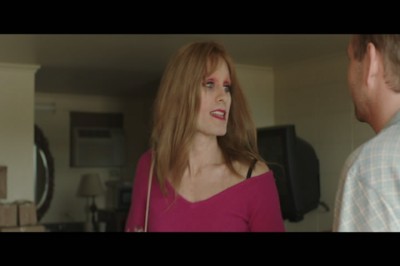 While the general public is enamored with Matthew McConaughey as the American version of the Dos Equis man (and rightfully so, counting myself as one of them), he has quietly and superbly carried the story is several excellent films as of late and provided high-caliber supporting turns in others. And for all of that, Dallas Buyers Club might be his best work yet.


Universal trots Dallas Buyers Club out to Blu-ray with an AVC-encoded transfer and presents it in 2.40:1 widescreen, and the results are solid. The black levels in the film are deep and provide a quality contrast, flesh tones are reproduced naturally and the film's ‘western' palette of browns, reds and hospital whites all look accurate and devoid of saturation. Image detail is present though not entirely abundant, but I chalk that up more to artistic intent than anything occurring in the disc. It is a fine looking film in high definition.


The DTS-HD Master Audio 5.1 lossless track for the film does not have a lot to do sonically, but it does handle everything thrown at it well and without complaint. Low-end from the subwoofer occasionally helps emphasize a moment, such as when Ron is thrown from a pole in a moment that shocks him (the moment in the hospital). The underlying score of the film and songs which include T. Rex, Kenny Rogers and Cold War Kids to name a few, sound clear and demonstrate the potential of the sound stage if need be.


Two deleted scenes (4:55) are nice, if not redundant. There is a behind the scenes piece that is shorter than that (3:56) and is essentially the trailer with some cast and crew interviews. A standard definition copy of the disc (the source of the screen grabs) and a digital copy for iTunes and Ultraviolet services complete things.


In a film that many may have heard about and missed in late 2013, Dallas Buyers Club arrives on video just in time for the last strains of the awards season so the general public can see for themselves the captivating performances of its star and co-star. Their work in the film lives up to the expectations, despite some occasional creakiness in the story. Technically the disc is great, though the lack of bonus material really deters it from being ‘must-own' material. That it is ‘must-see' at the minimum is a testament to the work.