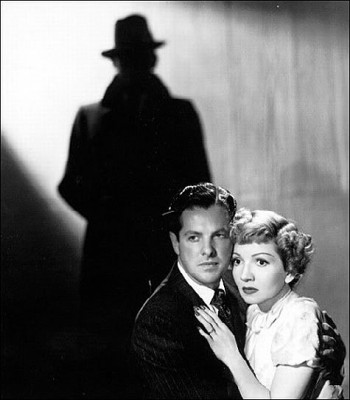 Before he would shift into the Technicolor melodramas, affectionately called "women's pictures," that would allow him to develop a style of soap opera that would forever be associated with his name, Douglas Sirk made several studio thrillers, as befitting the 1940s. Of these, 1948's Sleep, My Love offers a link between the film noir aesthetic of the era's crime films and Sirk's more feverish romance pictures to come.

Claudette Colbert stars as Alison Courtland, a wealthy New York woman married to Richard (Don Ameche). At the start of Sleep, My Love, Alison wakes up on a train bound for Pittsburgh with no recollection of how she got there. When the police get hold of Richard, he reveals that this is the worst of a recent spate of sleepwalking spells. Alison is understandably confused. She is convinced that a doctor with horn-rimmed glasses (George Coulouris) has been appearing at her home and threatening her with sinister treatments. Richard insists no such man exists.

Which he would, since it fits his own nefarious purposes. It's revealed in rather short order that Richard is gaslighting his wife, setting her up for committal in a hospital for the criminally insane so he can take their money and run off with his mistress, Daphne (Hazel Brooks). The fake doctor is a man they hired. So far, the trick is working. Even the police detective investigating Alison's claims (Raymond Burr) believes she is cuckoo.

Her only ally is Bruce (Robert Cummings), a friend of a friend smitten with the troubled socialite. He is first tasked with getting her home safely before he knows the full story, and the time flirting with Alison convinces him she's as sane as she claims. He just doesn't know how to prove it, or to explain why weird things keep happening to her.

Sirk is working here with a script by St. Clair McKelway and Leo Rosten, based on Rosten's novel. The suspense is limited, as the cards are put on the table pretty much from the start. The shenanigans of Alison's husband and his allies are basically the B-story to the relationship between Bruce and Alison. The biggest centerpiece of the courtship is a Chinese wedding where Bruce's honorary brother through business is getting hitched. This fellow, played by renowned character actor Keye Luke (Master Po on the "Kung Fu" TV show), then becomes Bruce's investigative sidekick, as it were. The script consistently moves Bruce and Alison to a place where they can be alone so their relationship can deepn. Colbert is, unsurprisingly, alluring and fun in these scenes, even as Cummings is a little false and slick. She has better chemistry with Ameche, who works the bad guy role quite well.

The filming of Sleep, My Love isn't all that flashy. There's some nice use of shadows, as well as the light, to hide and expose secrets, but Sirk enjoys exploring the Courtland's fancy house more than using a tricky mis-en-scene to build any Hitchcockian tension. He reserves his most interesting compositions not for his leading lady, but for the sexy villainess, Hazel Brooks. When Richard goes to see her at the photography studio where she's been holing up, the filmmaker and his director of photography, Joseph A Valentine (Rope), place Daphne on a kind of pedestal: a raised metal chair, adding a regal surreality to the femme fatale as an object of desire. The only image that quite rivals it is the gothic-tinged freak-out where Alison, dressed in a fluttering white night gown, nearly throws herself off her bedroom balcony. That sequence's heightened emotions give a nice hint of what's to come in Sleep, My Love's intense finale. The last ten minutes or so make up for any deviations from the murder plot, delivering a corker of a finish just in the nick of time. 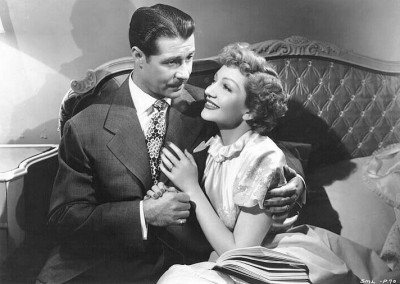 Video:
The full frame, black-and-white transfer of Sleep, My Love is very good, with decent resolution and few marks on the image. Blacks are strong, with a nice contrast between light and dark.

Sound:
The mono mix is nicely handled, with no hiss or other extraneous noise.

FINAL THOUGHTS:
Highly Recommended. Sleep, My Love, Douglas Sirk's 1948 melodrama, melds noir aesthetics with what would become the famed filmmaker's signature storytelling to create a crime-addled women's picture. Claudette Colbert is an inviting screen presence, and perhaps smartly, the director leans heavier on her charms and the romance built between her and Robert Cummings rather than the more suspenseful parts of the story. Don Ameche makes for a wicked heavy, and Hazel Brooks is a sexy femme fatale. Sleep, My Love doesn't crackle with the patter of an actual noir, but it replaces that cynical edge with a lushness that is something totally Sirkian. 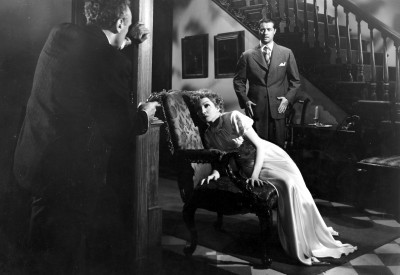