As an honorably discharged soldier from approximately a gajillion years ago, I have a soft spot for war films released before and since my time in the service. When a feature comes out which seems to have some broad-based participation by the military and is a big studio production, one of my ears will perk up like a Labrador. In addition, as one who read the book "Lone Survivor," I was interested to see how the story was approached by said studio and a few near or above the title performers.

Peter Berg (The Kingdom) adapted the book into a screenplay which he directed and briefly appears in. The film is based on the events of a 2005 military mission named Operation Red Wings, where a Navy SEAL team was dropped into a remote part of Afghanistan to perform surveillance and reconnaissance on a compound that a Taliban-friendly insurgent commander was presumed to be operating in. The SEAL team, comprised of Marcus Luttrell (Mark Wahlberg, 2 Guns), Michael Murphy (Taylor Kitsch, Battleship), Danny Dietz (Emile Hirsch, Milk) and Matt Axelson (Ben Foster, Kill Your Darlings), are forced to adjust their mission objectives quickly. Over the course of the three days from insertion to possible extraction, we see a lot from the team. 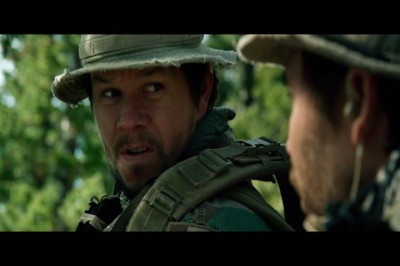 At this point, I am going to assume that many know about Operation Red Wings but if you do not, know that some spoilers are going to be discussed.

Over the last couple of decades war films have shifted to a different perspective from soldiers as they look inward within themselves to examine how a particular war or conflict may be affecting them emotionally. And like Black Hawk Down which also focused on an ill-fated then tragic mission, Lone Survivor shows us the brotherhood among soldiers in their respective combat theaters. They go through something unique that can only be shared with their peers or others who have been in similar circumstances and this camaraderie is special. It should be noted that Eric Bana appears in both films, serving as a secondary figure/cinematic common bond.

While both of those films do show the brotherhood among those soldiers, Lone Survivor tends to show it in a somewhat ham handed manner. The film starts with a three-minute montage of the training that it takes to become a SEAL. Make no mistake, what you see is difficult and exhausting, and training washouts (of which there are several) are shown to help reinforce that those who make it out of these classes are the roughest and toughest. But the montage and subsequent pre-mission sequence of showing us a new arrival to camp do not have the emotional gravitas that really makes some of these friendships resonate through the film, and it is presumed to be one of the lynchpins that it relies upon as things go on.

The individual performances are good. Wahlberg's Texan drawl goes the way of Kevin Costner in Robin Hood or Jeff Bridges in Blown Away, but that is more observational than one which detracts from the film. Of particular note, Foster as Axelrod is excellent in his role, and Hirsch is good as well, as I would expect both of them to be. However, the pleasant surprise was Kitsch. I have not been fond of his work over the last half dozen films or so, but in Murphy the physically imposing part is easy, he accomplishes the quiet reliance and interaction with Wahlberg's character well, along with his decision-making early in the film. In the latter, he plays a guy who is to a degree uncertain about what he wants to do with a quandary he has but when he makes the decision, it is unflinching. During the ambush he manages to show leadership and serve as a compass in the firefight and manages to show some unexpected range in the process.

As far as Berg goes, I understand and appreciate that he is fond of the military and one would presume getting a bunch of help to do Battleship allowed him to do Lone Survivor and the latter was a chance to do something with as much authenticity as possible. However, he tends to get a little too bogged down in the weeds and smaller moments at times before remembering that he has a story that needs to be told. In one scene where the SEALs fall down a hill covered in rocks, we see them seemingly hit every rock on the way down, we see super slo-mo shots of them hitting a large rock and scratches and breaks start to develop. Another scene of one of the SEALs in their last moments also is drawn out before the end occurs. He wants to inject creativity and style into areas that do not particularly call for it. One of the few moments which emotionally got to me were the end credits, where the fallen troops' photos and videos are slowly while Peter Gabriel's cover of "Heroes" plays underneath them. Maybe it was because of the song and/or photo choice, but another part was something where Berg chose to let things transpire naturally without interjecting something needless into it. 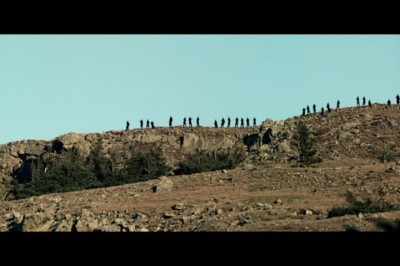 My frustration about the direction aside, Lone Survivor it tends to revel in how important the story is without telling the story at times, and the moments that are expected to be the most poignant aren't. In the defense of the film, it is generally good, but you see it, regardless of whether you are/were in the Armed Forces or not it is another case of creative lost opportunity. That would seem to be its legacy.

The Blu-rays:
The Video:


The AVC encode that graces Lone Survivor and its 2.40:1 widescreen transfer is excellent. On a creative note, I do not recall immediately that other Berg films have used lens flares to such a degree, but they certainly make the viewer squint and put them in the sun. Moreover, Berg's longtime Director of Photography Tobias Schliessler gets ample time to make the exteriors look vast and spacious, which they too. Individual trees are spotted in wider moments and in closer moments, BDU threads, tree bark and dirt on faces is easy to spot and will detailed. The outdoor colors are accurate without issues and the source is as clean as can be. Universal makes the film look outstanding on Blu-ray.


Matching and surpassing the film's video quality is the sound, as the 5.1 DTS HD MA lossless track is breathtaking. It is a powerful track to be sure, with gunfire in all channels through directional effects, but thinks to keep the dialogue in the center of the soundstage, where it is consistent and well balanced. The subwoofer roars into action at the appropriate moments, such as when the Apache and Chinook helicopters make their appearances, or when grenades from hands or an M203 are launched or RPGs are employed. A late third act rocket at the wall of a village wall startles, one of the final moments in a continuously immersive soundtrack, rounding out a reference quality presentation.


Things starts with "Will of the Warrior" (28:05), an Under Armor produced piece on Luttrell as we see him now but we see interviews with his family about how he wanted to be a SEAL growing up (some of this territory is covered in Luttrell's book). We see footage of the SEAL training and his thoughts initially on a film based on his book, then we see him on set and working with the cast and crew, and said cast and crew share their thoughts on the ordeal and on SEALs in general. It is a very good complement to things. "Bringing the Story to Light" (4:44) looks at how Berg got to the story and Luttrell's initial reluctance turned acceptance of the film. "Recreating The Firefight" (10:27) does that, with Berg's working on the scenes for it with the stunt team and crew, along with the camerawork involved to capture the moments. "Learning the Basics" (6:02) focuses on the desired to get things right and shows the rehearsals for gunfire battles, while "The Fallen Heroes of Operation Red Wings" (16:18) remembers those lost in the mission, with interviews with the families of those killed in action and the cast's involvement with them. "Pashtun Code of Life" (4:07) interviews the Afghani villager who helped save the survivor and includes his thoughts on a movie. There is also a code for digital copies of the episodes in the season that can be downloaded to UltraViolet and iTunes services, along with a second disc that houses a standard definition copy of the film.


Lone Survivor recounts the ordeal of Operation Red Wings well and does so with good performances, sometimes heartbreaking from the ensemble. However, its propensity to meander with minutia tamps down on it being a truly memorable film, much less one within the war film genre. Technically, it is superior for the eyes and ears, and while the lack of a commentary track would be a problem, the disc's supplements make up for it. A definite must-see, but compared to other films I would hesitate on buying this.