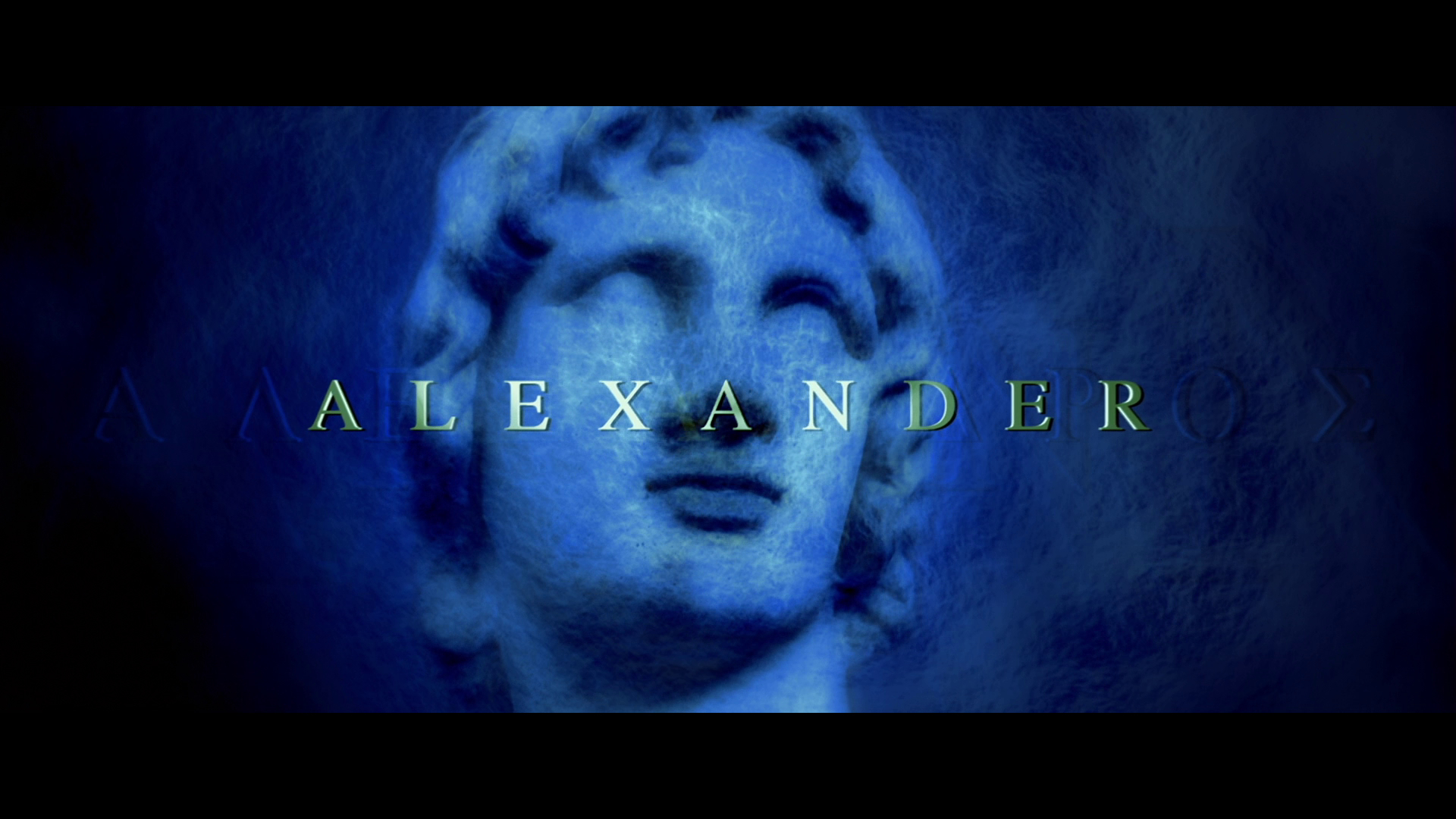 Oliver Stone appears to have taken personally much of the criticism lobbed at his big-budget 2004 dramatization of Alexander the Great's life, which underperformed stateside and received some gleefully nasty critical reviews. I saw the film in theaters, and, while heavily flawed, Alexander showed sparks of brilliance even in that version, particularly in Colin Farrell's lead performance and Stone's extravagant visuals. The theatrical cut was talky, slow and choppily edited; something Stone attributed to an extremely rushed post-production period. That version and a throwaway "Director's Cut," with more action and sex, were released on DVD in 2005. Two years later, Stone released his "Final Cut," which fleshed out the characters, expanded the narrative and totally overhauled the pacing and structure of the film. This fourth version, allegedly the "Ultimate Cut," slightly chips away at the "Final Cut," removing bits and pieces Stone feels are overindulgent. This version works fairly well, and may be my favorite of the four. Making Alexander was always going to be an uphill battle, thanks to its hero's continent-spanning conquests and evolving sexuality, but there are moments here when Stone convinces you that he has made a great movie.

Gone is the chronological narrative of the theatrical version, replaced by a time-jumping exploration of Alexander the Great's (Farrell) life both past and present. The film sees Alexander raised by an overbearing mother, Queen Olympias (Angelina Jolie), and abusive father, King Philip II (Val Kilmer), who leaves Alexander the Macedonian throne upon his death. Alexander begins a decades-long conquest across Thebes, Persepolis and the Persian Empire, ultimately creating one of the largest empires on earth before his thirty-first birthday. Macedonian general Ptolemy I Soter (Anthony Hopkins) narrates, Jared Leto plays Alexander's longtime friend and lover Hephaistion, and Rosario Dawson shows up midway through the film as Alexander's Bactrian-princess wife Roxane. The "Final Cut" and this "Ultimate Cut" do an exponentially better job exploring the lives and dramas of these supporting characters, repairing some of the nip-tuck editing that was done to downplay the homosexual relationship between Alexander and Hephaistion in the theatrical version. The loss of the chronological structure is occasionally problematic. The epic depiction of the Battle of Gaugamela, originally shown an hour into the film, now serves as its opener, and viewers are not initially familiar with the characters leading the charge. Scenes with Jolie and Kilmer are also placed throughout the film, making it all the more obvious that these two actors probably should have had more of a presence in the narrative. 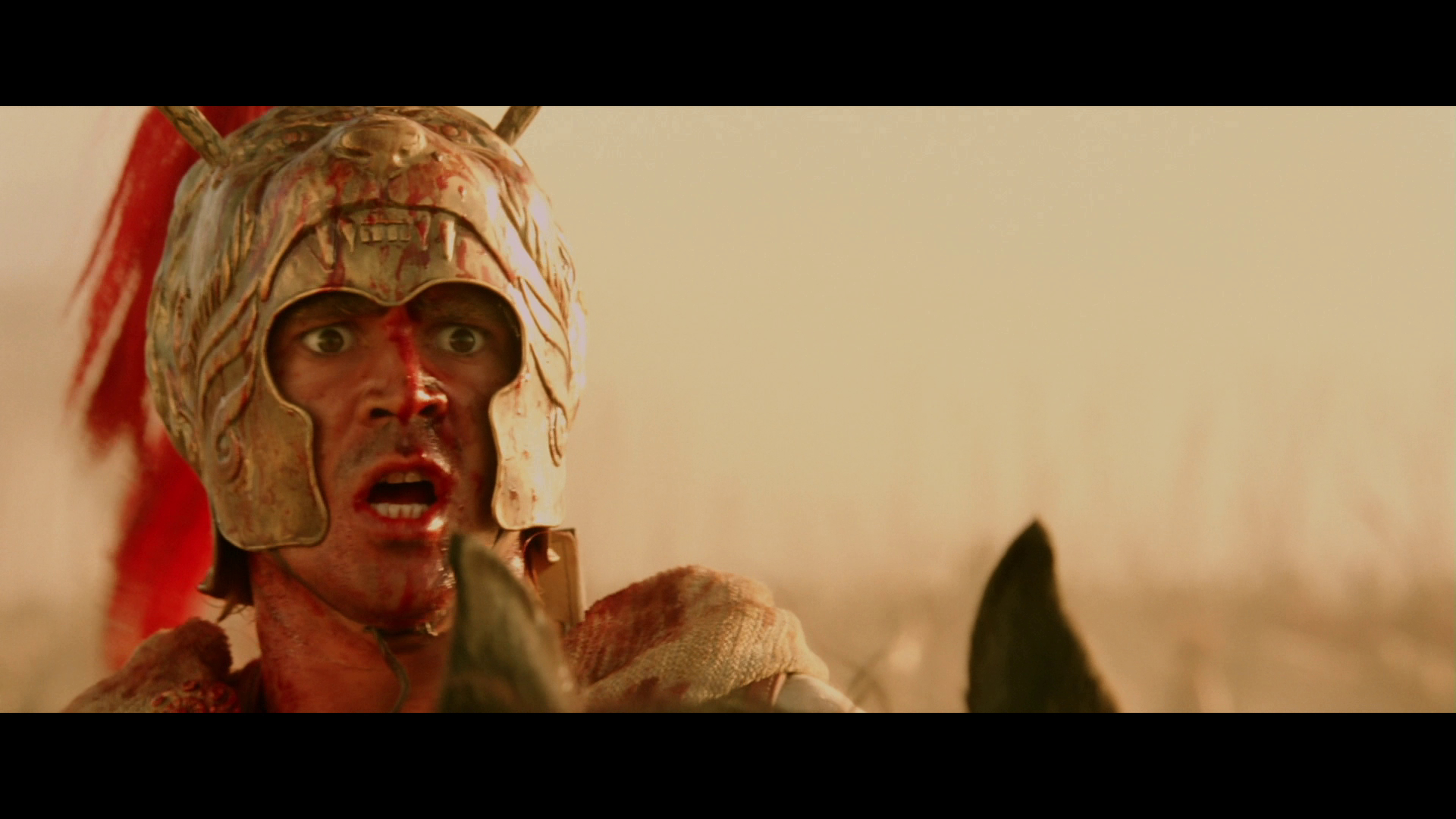 The visuals, production design and battles are epic and impressive throughout Alexander, though Stone rarely disappoints as a technical filmmaker. The director uses a number of different film stocks, lenses and color schemes, giving the film a uniquely varied appearance. Stone provides a literal bird's eye view of the Gaugamela battlefield, where soldiers atop horses extend as far as the eye can see. The camera travels to the mountains of Morocco and the lush kingdoms of the Persian Empire, where women and riches abound. The film's sexuality is more apparent here, both for Alexander and Hephaistion and in Alexander's lustful marriage to Roxane. Dawson smolders in her elaborately staged native dance, and Leto never shies from a portraying his character's genuine love and admiration for Alexander. Hopkins gleefully reports on Alexander's weakness for "Hephaistion's thighs," so it is not surprising that Alexander did not immediately appeal to Middle America. Farrell is quite good here, particularly in scenes after he begins losing his grip on his troops, when he is given free rein to grieve, explode in anger and regret, and beg forgiveness of his closest followers. Kilmer's performance is vastly underrated, too, and his nomination for a Razzie award in 2005 is a joke. Jolie's work is interesting, though her accent and mannerisms ring a bit false. To be fair, her Olympias is supposed to be barbaric and crazy, and Jolie's performance fits that bill.

The biggest problem with Alexander is the narrative's inability to truly express the gravity of Alexander the Great's accomplishments. This life-spanning story simply cannot cram every character, important military victory and dramatic turning point into its already lengthy running time. One big weakness is the lack of scenes depicting Alexander's prowess as a military leader. Viewers are simply told that the young king is an excellent strategist, charismatic leader of men, and ruthless conqueror. Sure, we see Alexander in battle, challenging an elephant while riding horseback, but most of Alexander's strategy across the Persian Empire is left unexplored. The film does a better job depicting the warrior vagabond life years into Alexander's quest, when tired soldiers simply want to go home. When Alexander's flaws and weaknesses are revealed, Alexander becomes a more compelling film. The movie still jumps back and forth in time too much for its own good, some supporting characters are useless and hardly given the screen time to warrant their inclusion, and the dialogue gets a bit heady at times. Even so, Alexander - at least in this form - is a genuinely impressive stab at greatness. This version of the film makes the case for its 206-minute running time with elaborate battles and beautifully staged exposition. Alexander may never be the classic Stone wants it to be, but it is not the abomination many remember. 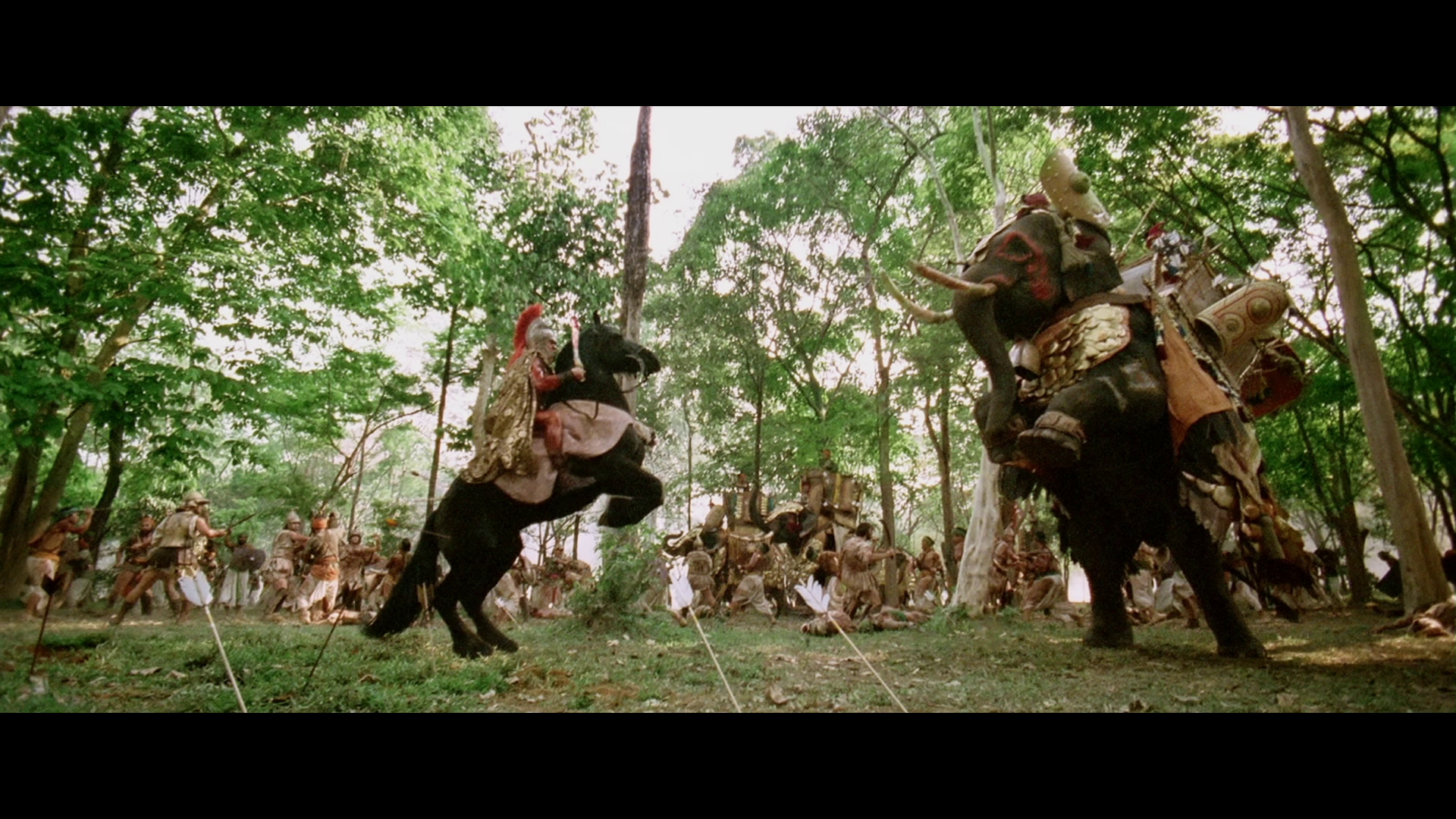 This "Ultimate Cut" Blu-ray set includes both the "Ultimate Cut" and the theatrical edition, and both receive identical 2.40:1/1080p/AVC-encoded transfers. While not quite as crisp and clean as a day-and-date release, Alexander is still visually impressive in high definition. Rodrigo Prieto's cinematography is stunning and faithfully rendered on this Blu-ray. The image is nicely detailed, with impressive texture and depth. Close-ups reveal intimate facial features, while wide shots stretch deep into the battlefields and kingdoms of Alexander's empire. Colors are purposely across the board. The contrast is cranked high during the Battle of Gaugamela, which blows out whites and tans faces. Later scenes in Roxane's den feature bold, bleeding reds and shiny golds. A suffering Alexander sees later life in red and blue tinges of death, and a forest battle cranks the greens and browns. The Blu-ray presentation here is very much akin to what I remember from the theatrical presentation. Black levels are usually good, though I noticed a bit of crush in darker scenes. There is not much film grain here, again reminiscent of the theatrical presentation, but the moderate bitrate never caused compression issues. There are spots of creeping softness and a bit of smudgy detail in early scenes. Some of this is intentional; some may be due to the aging 2k scan used for this Blu-ray. There are no major problems with noise reduction or edge enhancement.

The 5.1 DTS-HD Master Audio soundtrack is impressive, providing a surround-heavy experience to support this epic film. Dialogue is crystal clear and free of distortion, and is layered appropriately with the Vangelis score and effects. Speaking of effects, arrows whiz throughout the sound field, elephants stomp the subwoofer to life, and horses gallop across the home theater. This is a very dimensional and dynamic experience - though perhaps not quite 2014 demo material. Depth and clarity are both good, and range is also strong, so both quiet, dialogue-heavy scenes and action spectacles are equally audible. There are Portuguese, Italian and Hungarian 5.1 Dolby Digital mixes and a 2.0 Czech Dolby Digital mix available on the theatrical cut only. English SDH, French, Spanish, Portuguese, Czech, Hungarian and Italian subs are available. 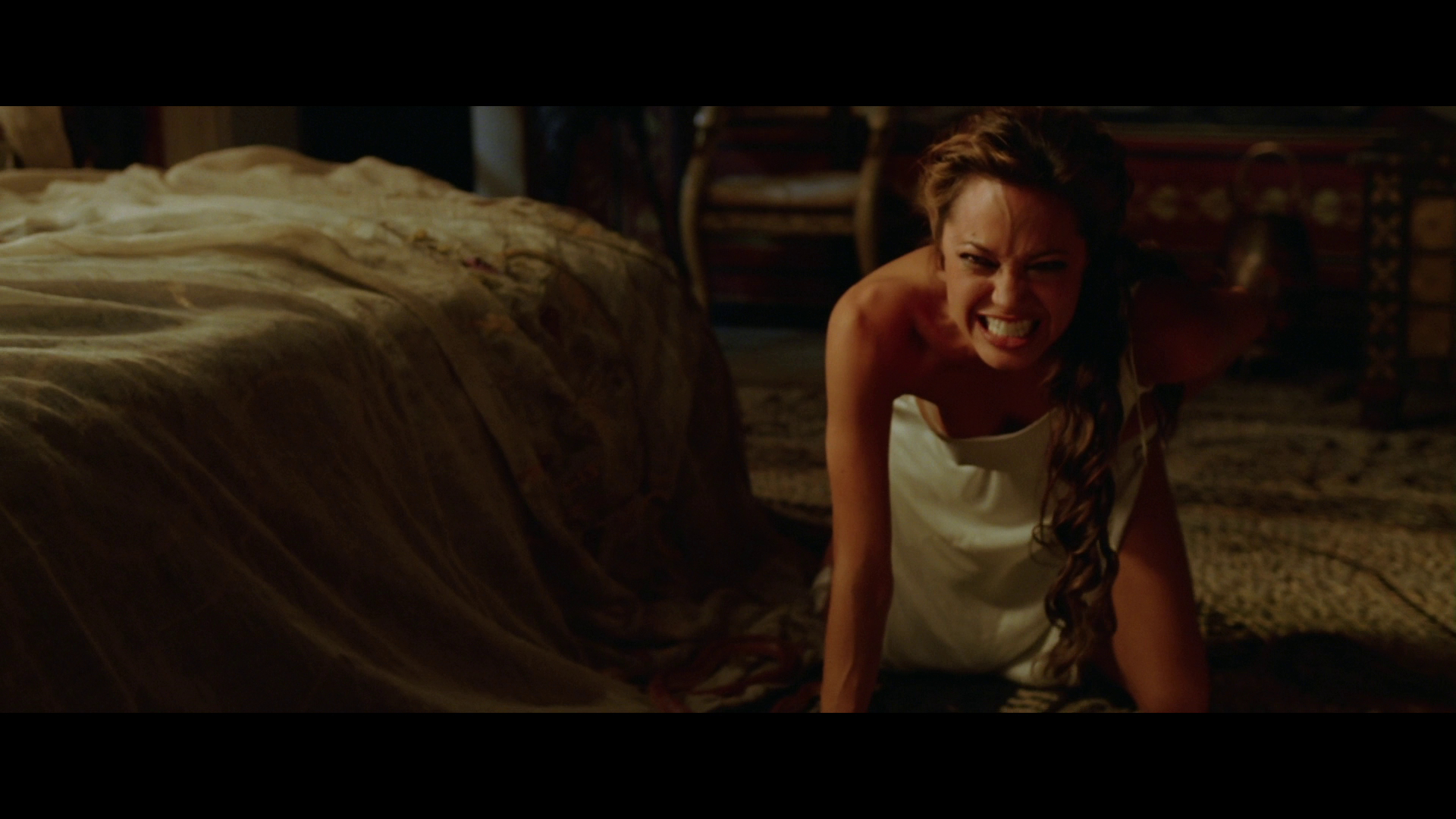 Warner Brothers gives Alexander a nice "10th Anniversary Edition" in this two-disc Blu-ray set, which includes the Ultimate Cut (206 minutes) and theatrical version (175 minutes) on separate discs. The Ultimate Cut is new, and this is the first time the theatrical cut has been available in HD. The discs are given digibook packaging, which slides into a sturdy slipbox, along with "The Art of Alexander" book, some interesting replications of Stone's personal correspondence with the cast, and a note by Ivana Petrovic, Senior Lecturer in Greek Literature at Durham University. WB also includes an UltraViolet HD Digital copy. Extras appear on both discs: 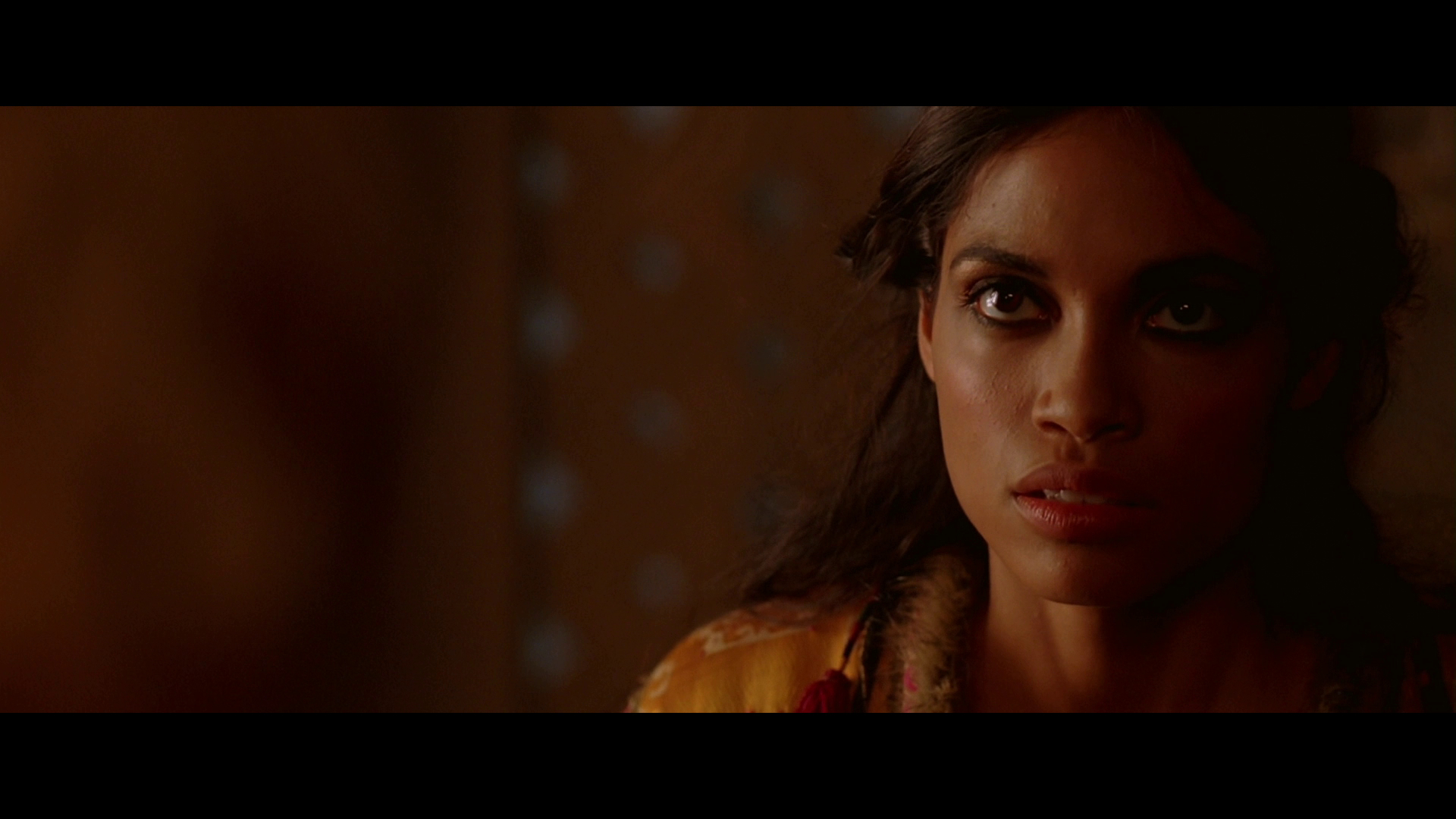 Ten years have passed since Oliver Stone's Alexander failed critically and commercially in the United States. This ambitious, flawed film is given a fantastic two-disc Blu-ray release from Warner Brothers, which includes a new "Ultimate Cut" and the theatrical version in HD for the first time. This Ultimate Cut closely resembles the previous "Final Cut," and may be the best version of the film. The technical presentation is strong, and Warner Brothers includes both new and old extras to supplement the film. Recommended. 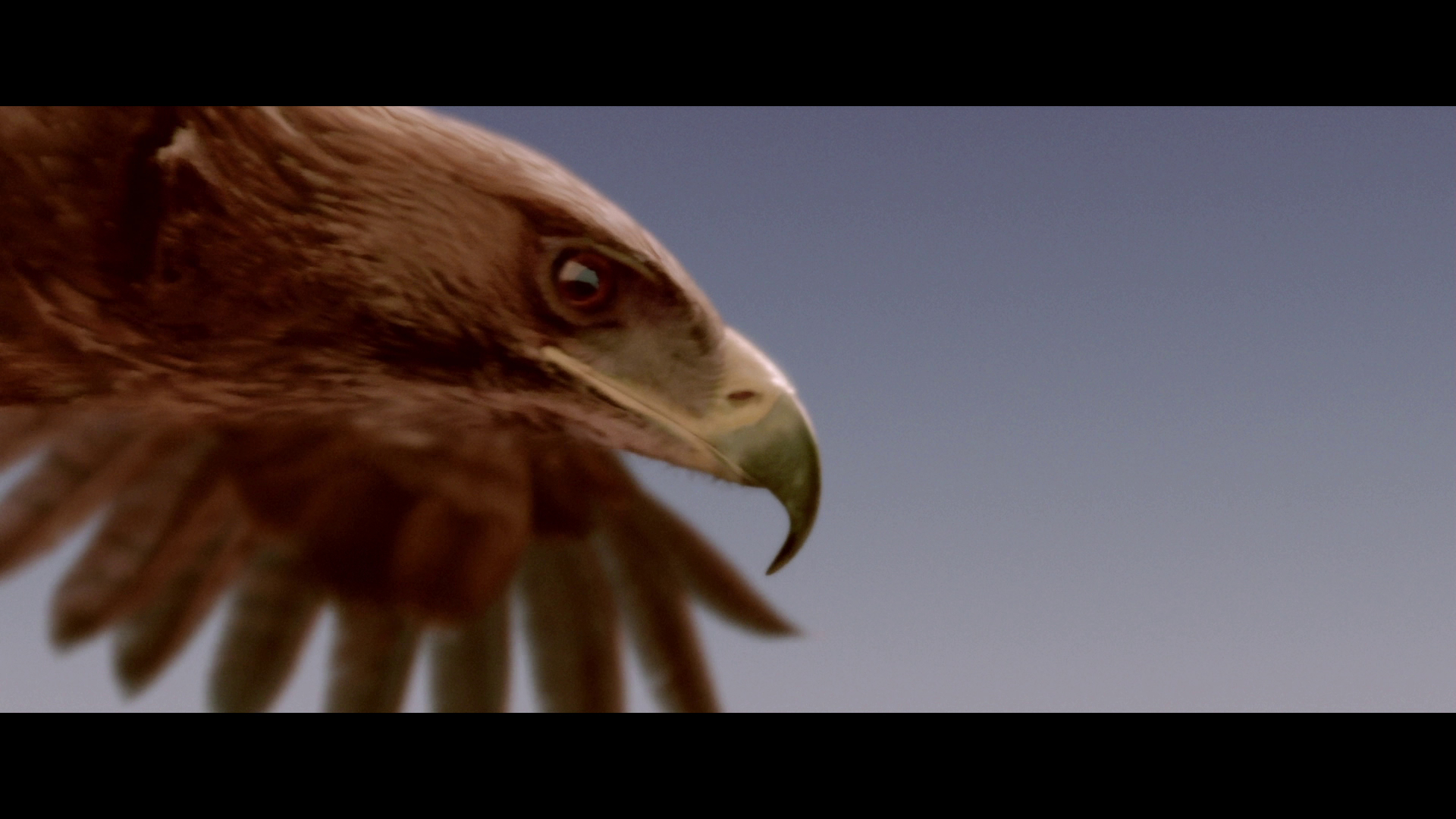 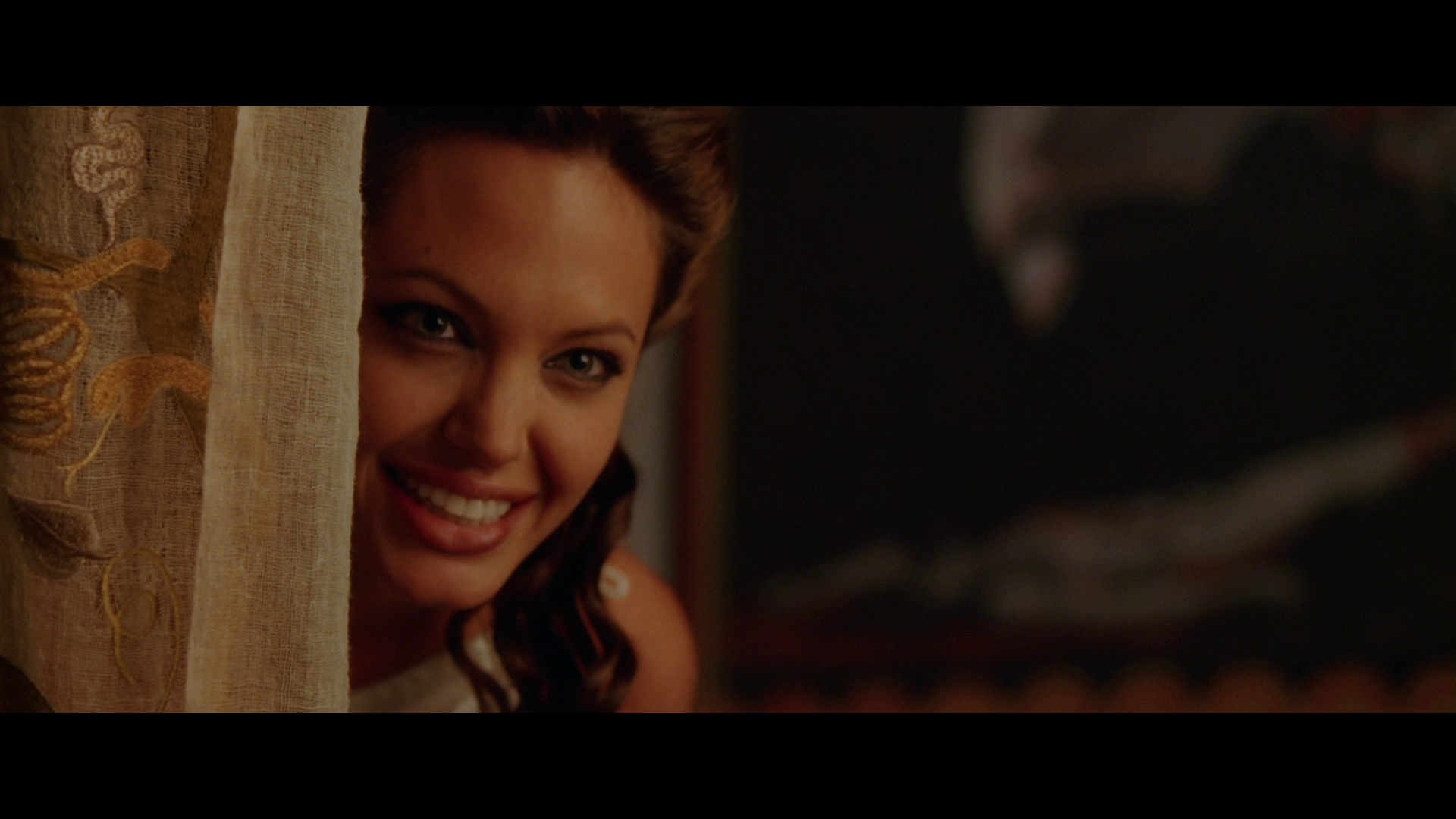 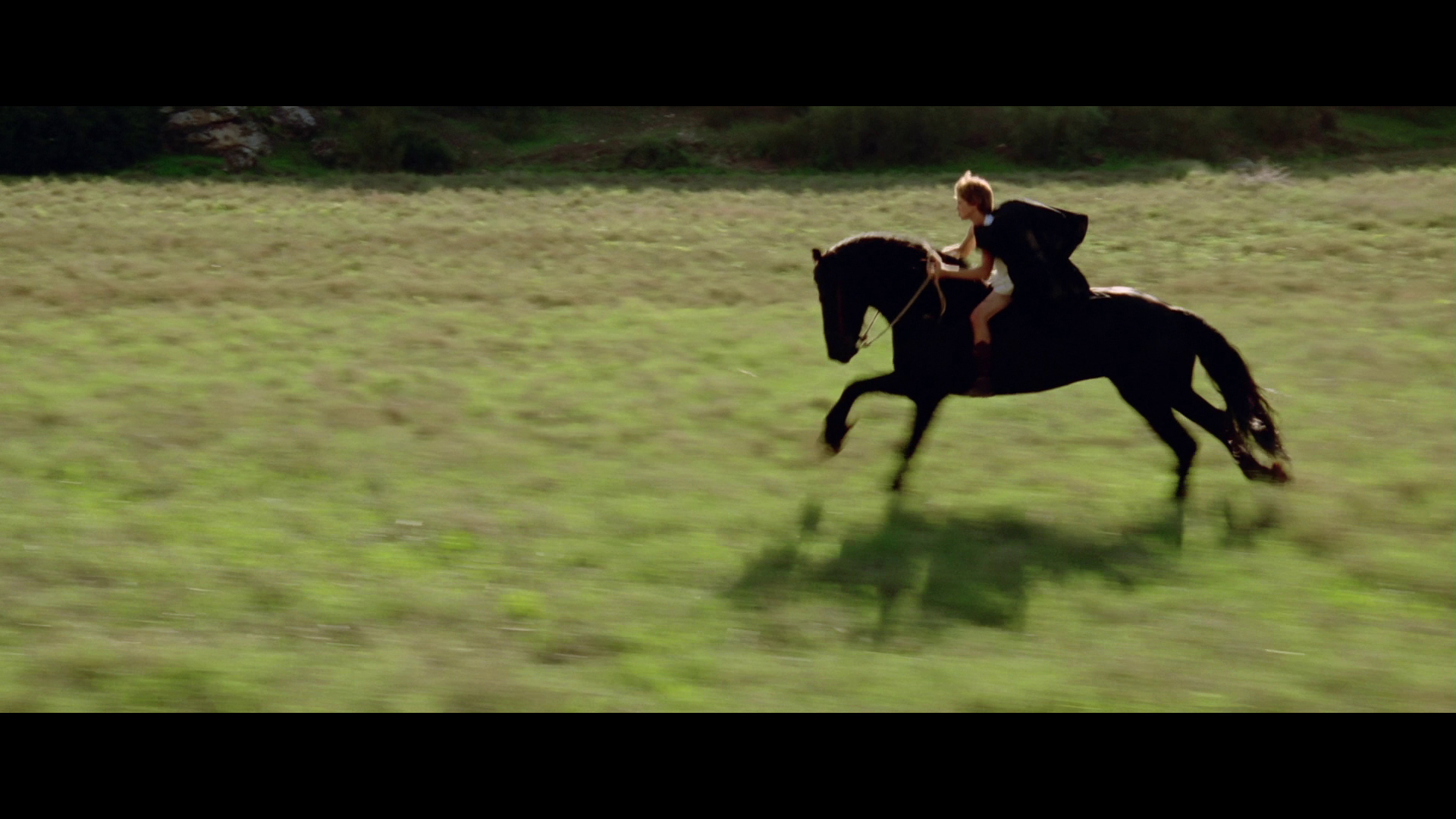 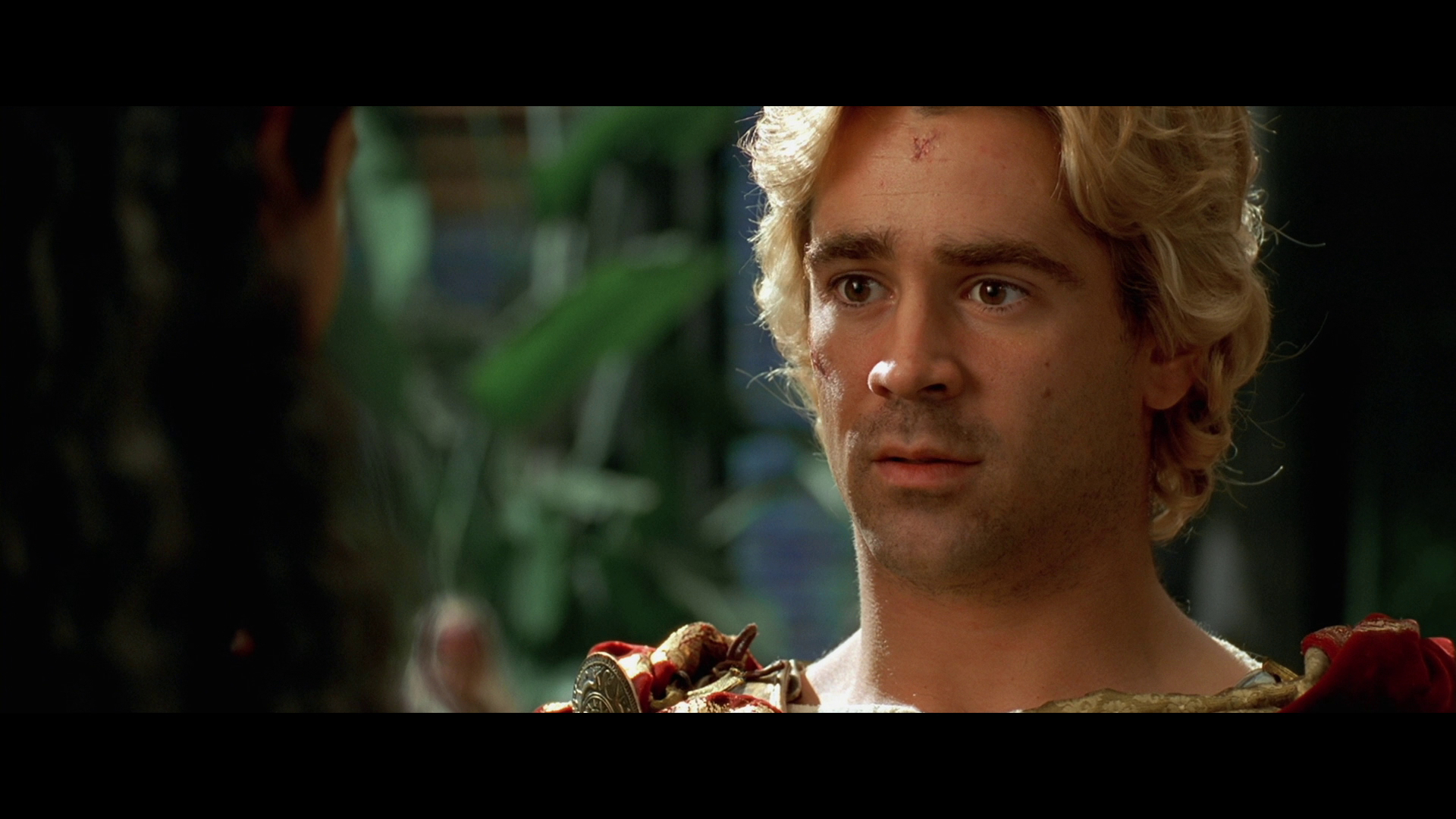 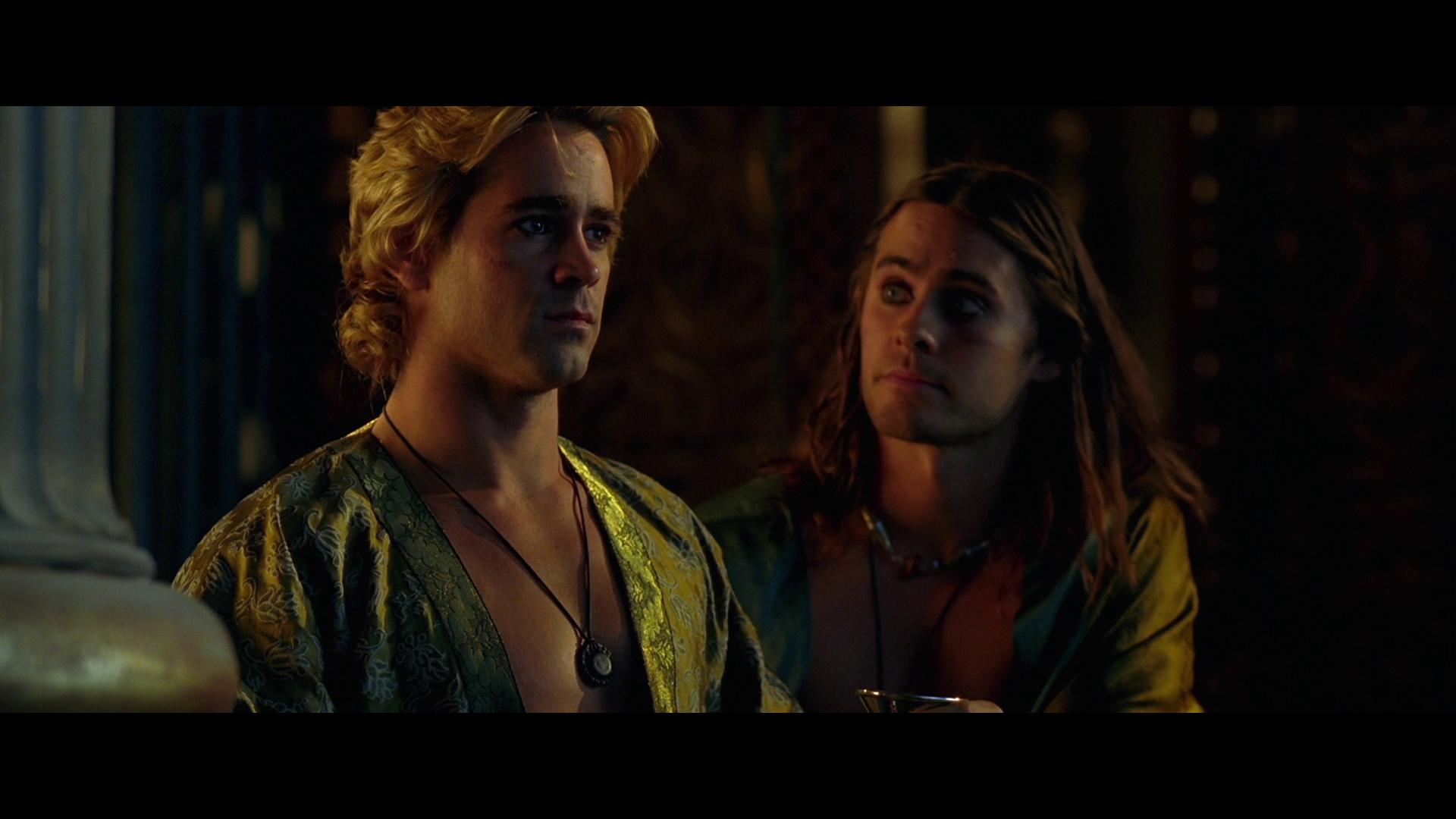 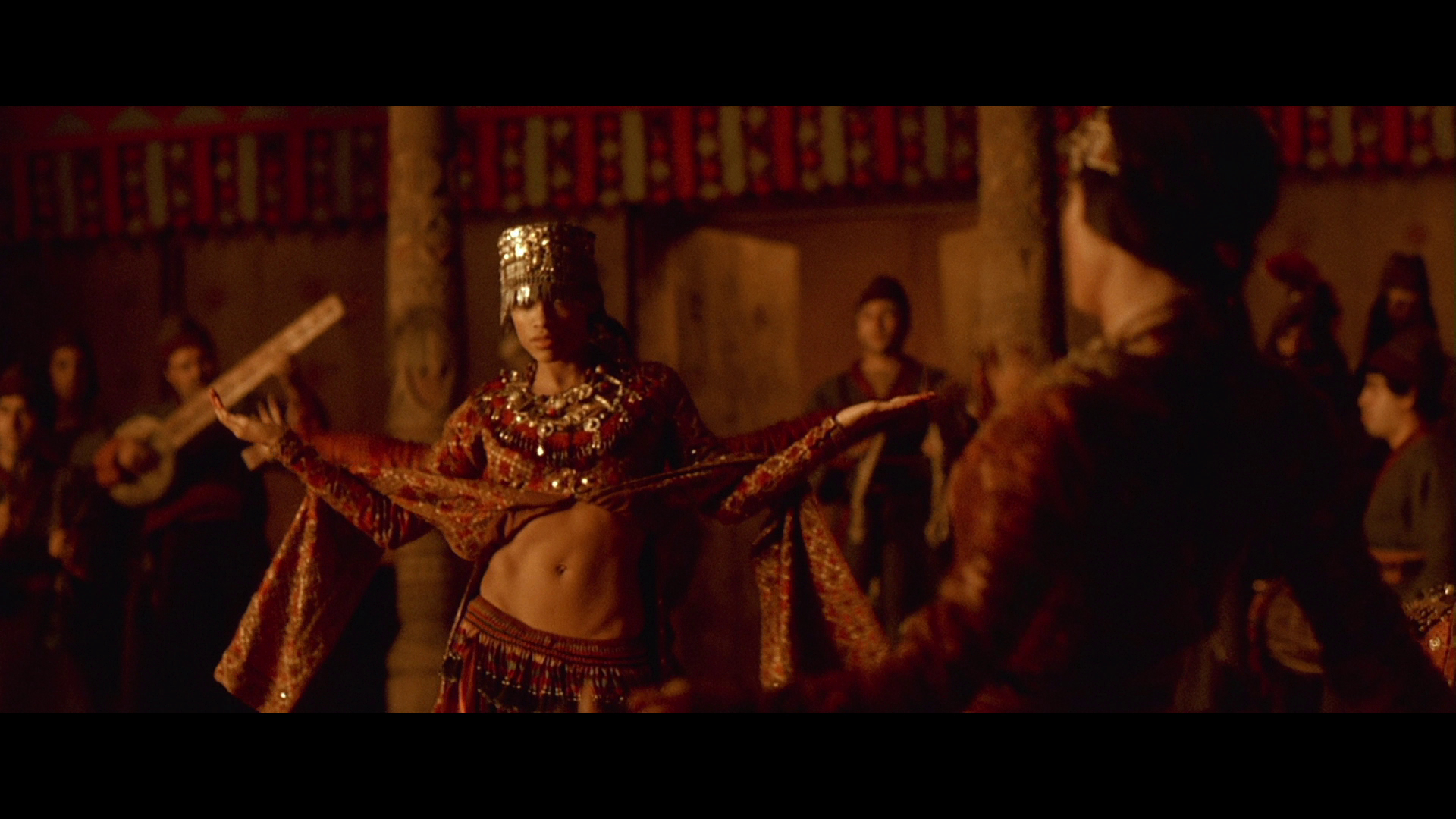 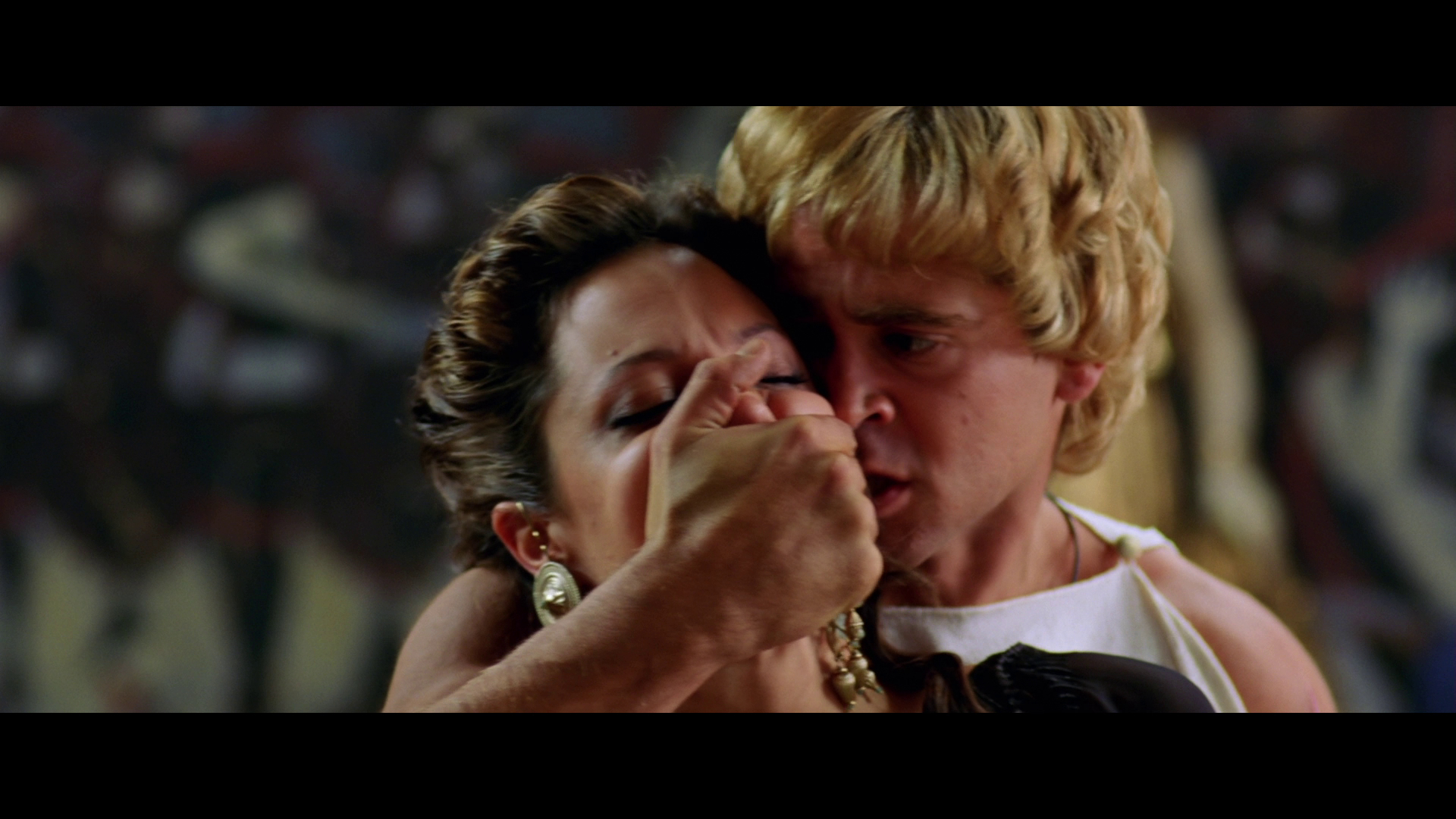 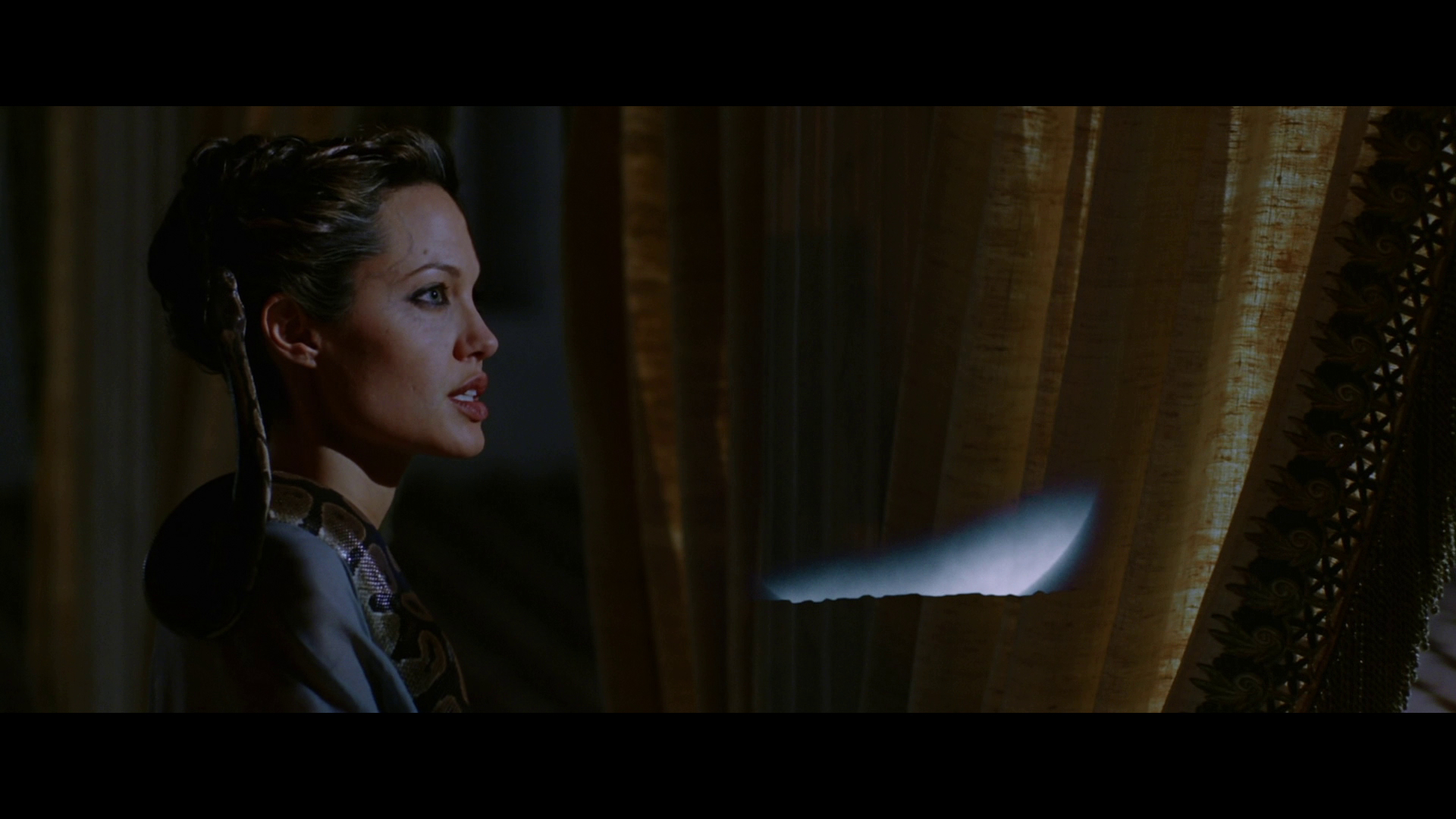 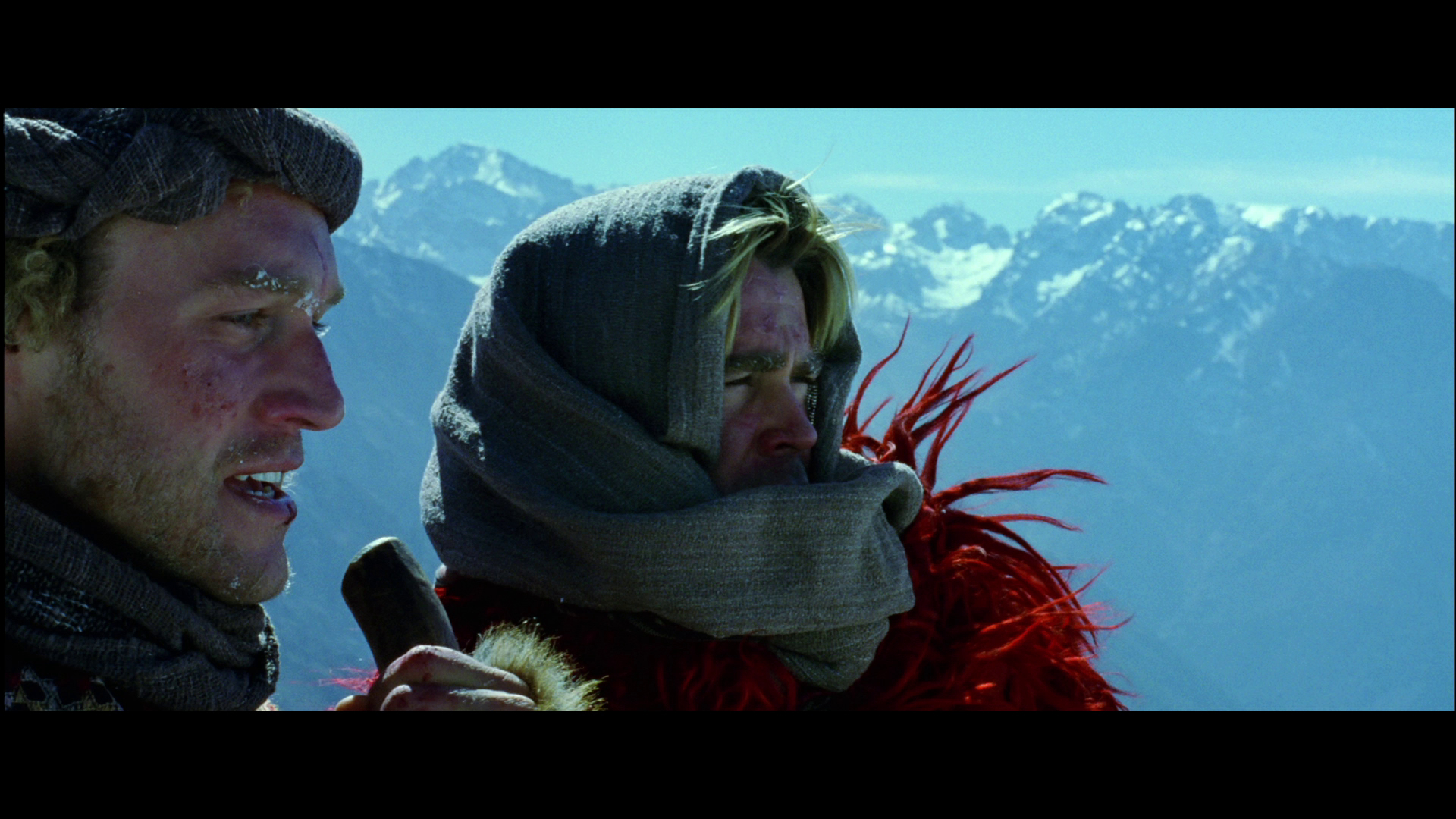 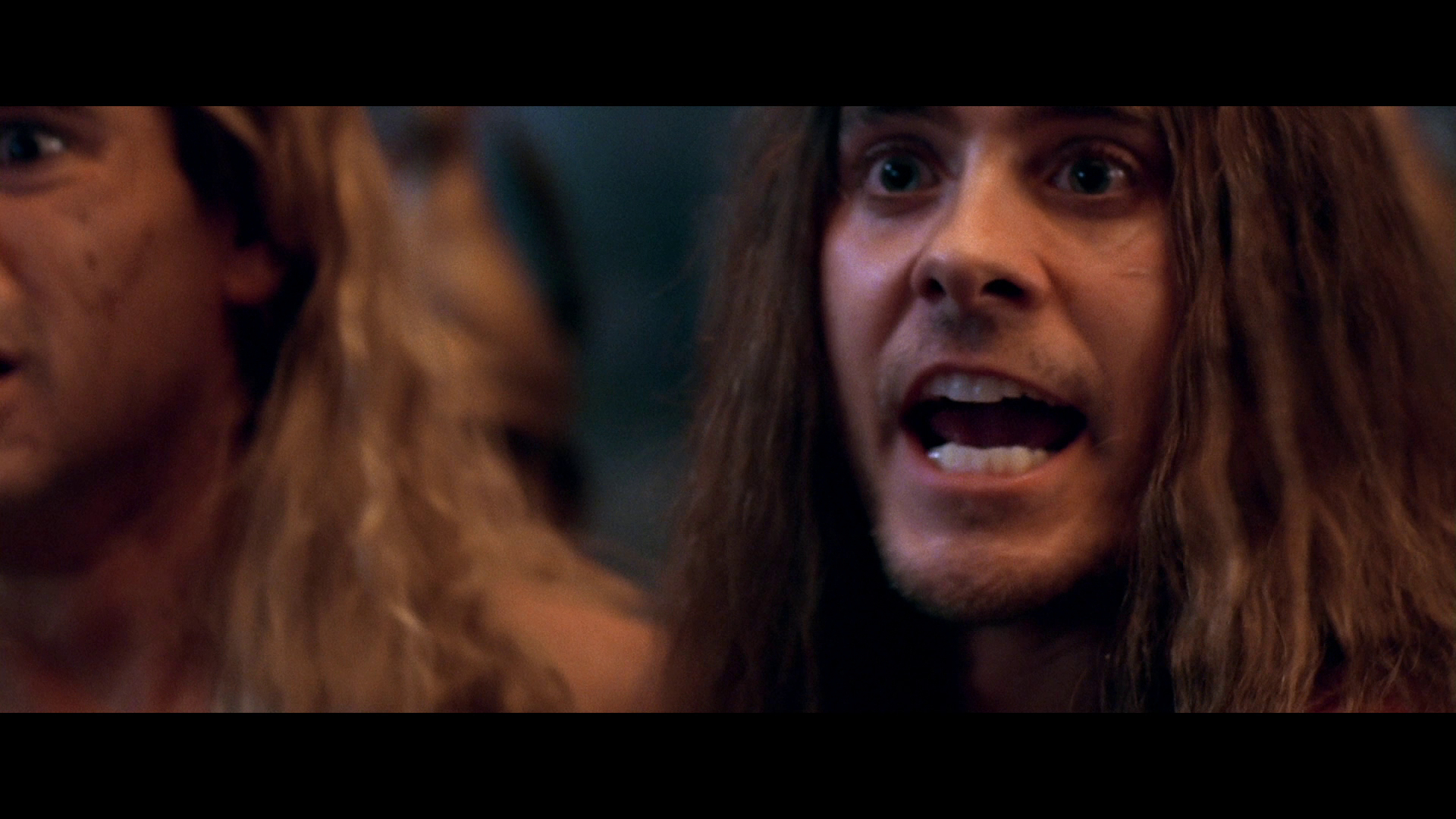 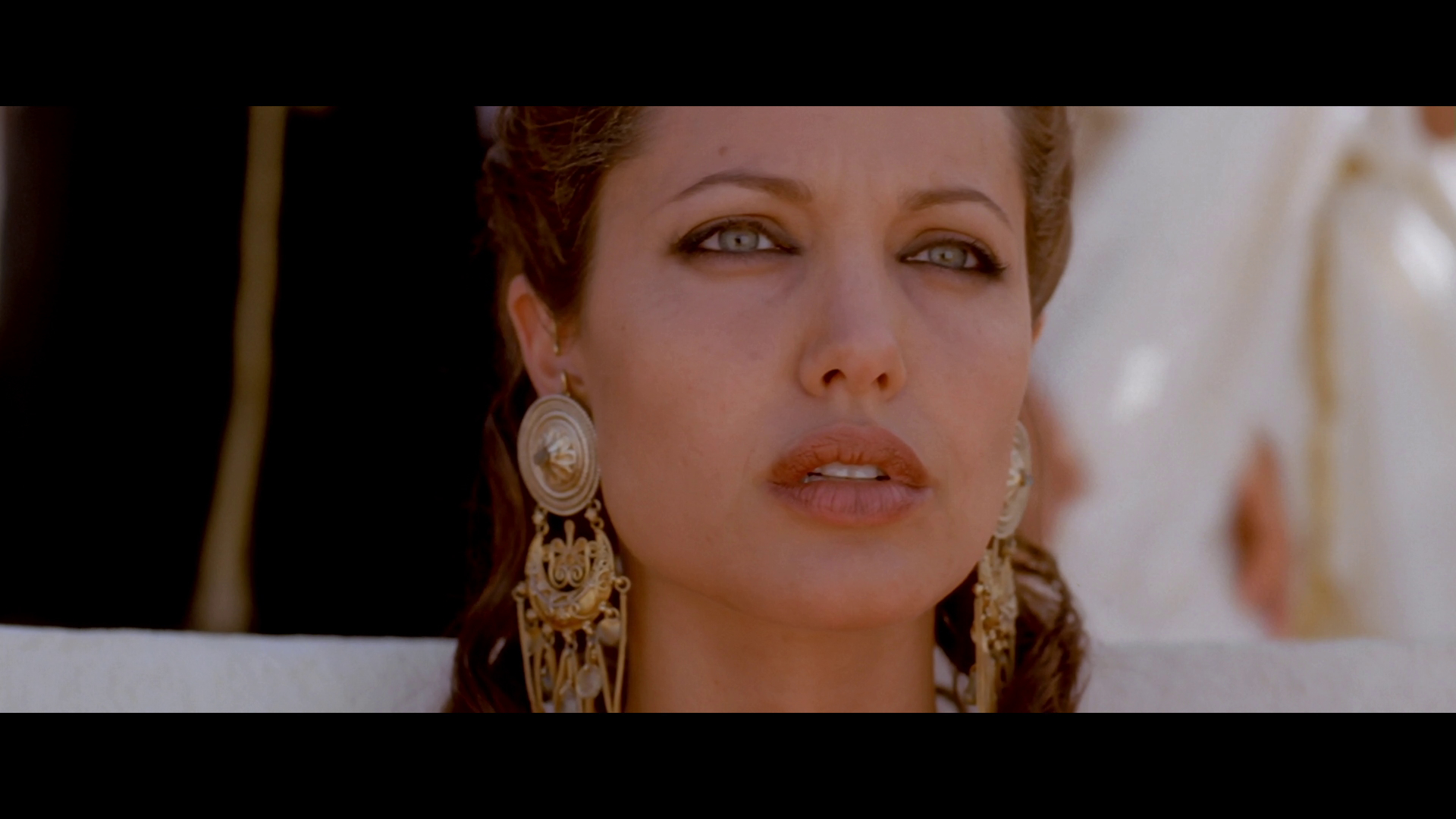 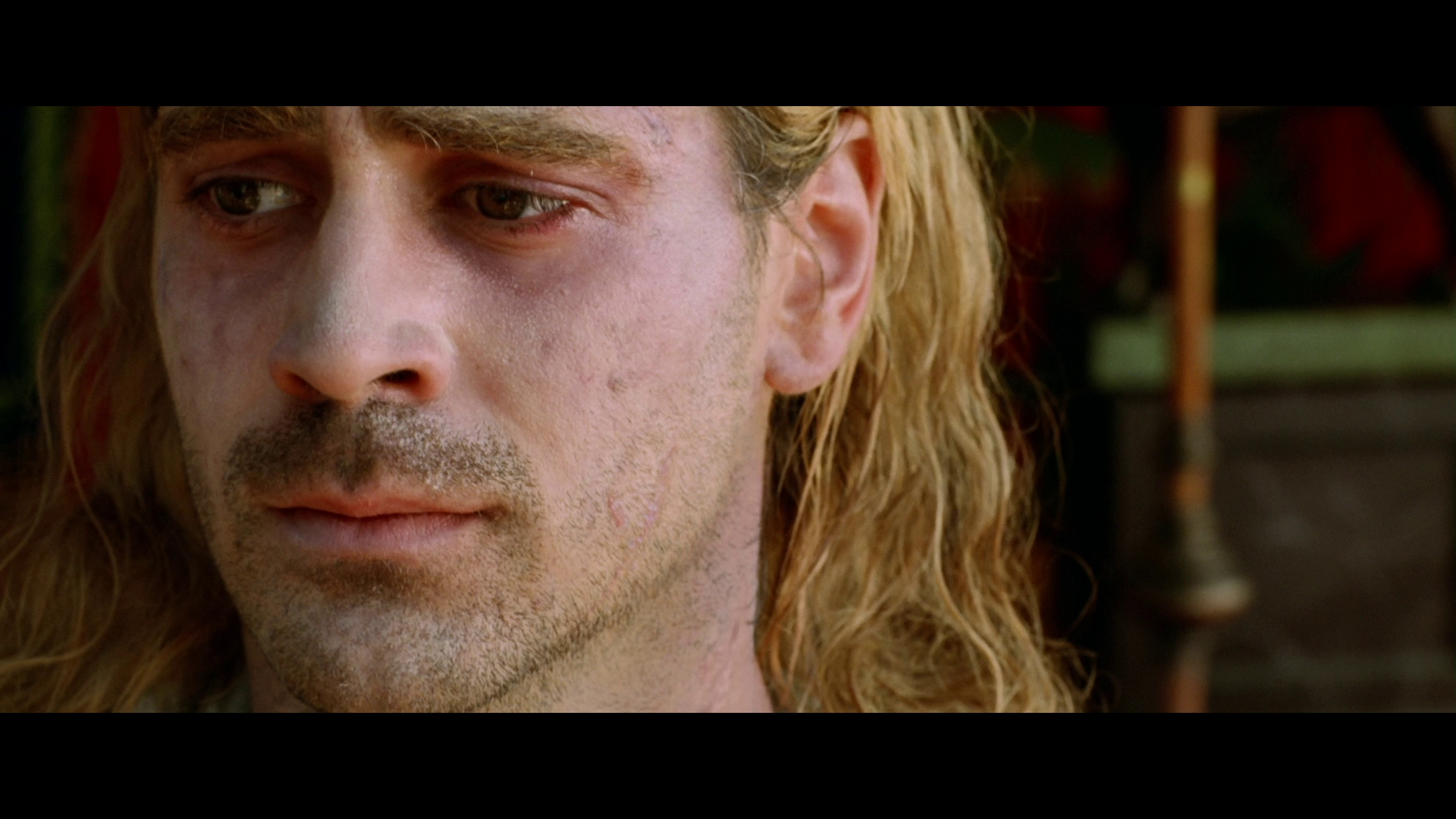 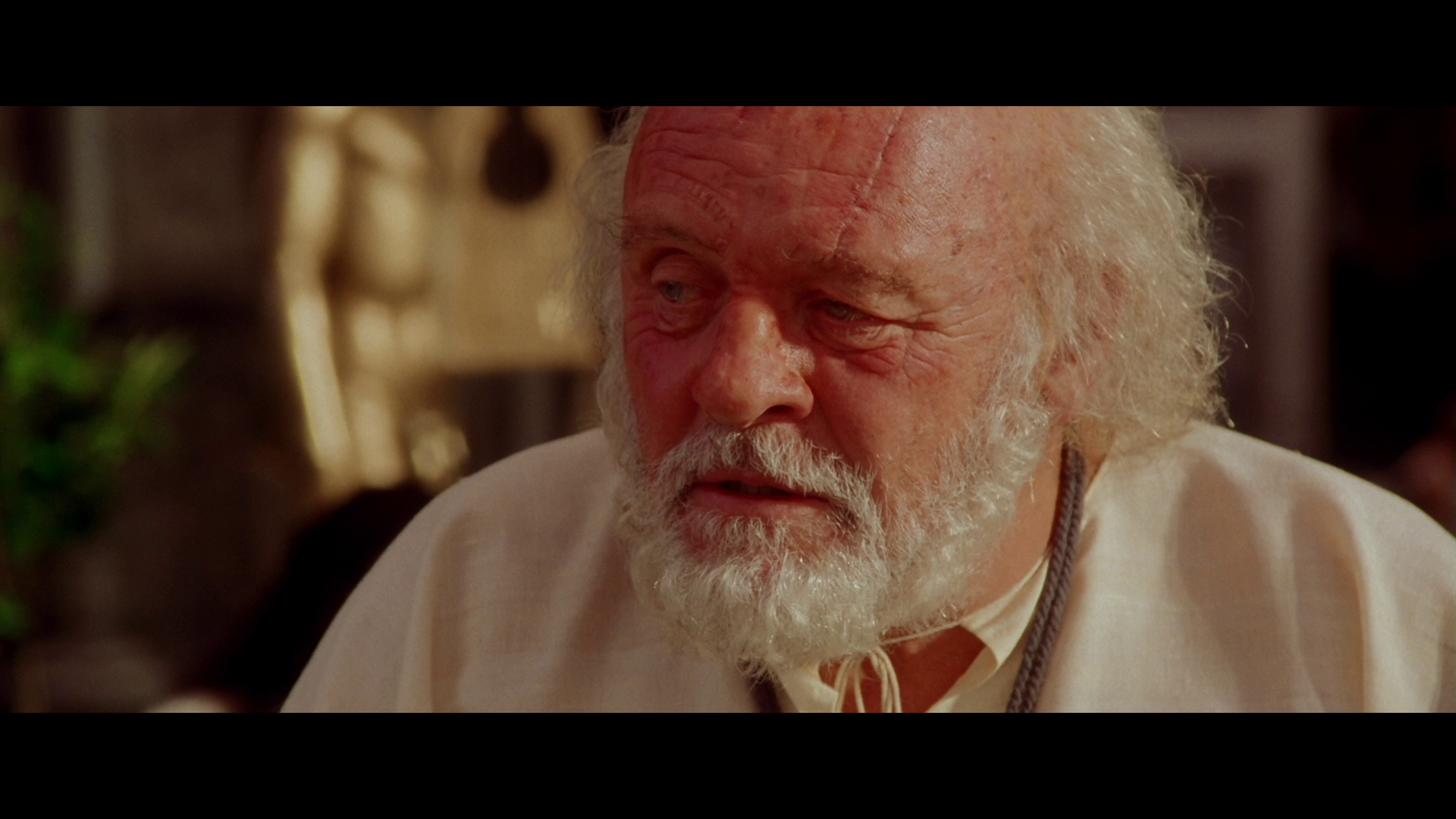