Bitter Tea of General Yen, The 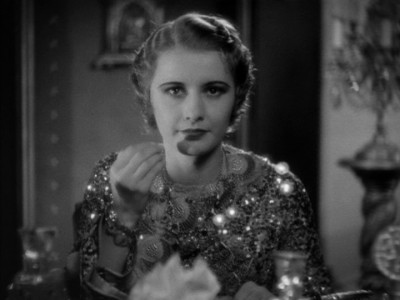 Frank Capra's lush, sensual 1933 melodrama The Bitter Tea of General Yen explores what happens when an American woman gets seduced by a powerful Chinese warlord. Although it at first appears to be dated, pulp-magazine junk - replete with stereotypical "Chinamen" references and the old portrayals of Asians as exotic, alluring seducers - Capra and star Barbara Stanwyck elevate this tasty Pre-Code melodrama into something special. A luscious early Columbia Pictures production, the film arrives as a classy, well overdue addition to Sony's Choice Collection line of made-to-order (m.o.d.) DVDs.

Bitter Tea offered Barbara Stanwyck one of her better Pre-Code vehicles as Megan Davis, an independent young missionary in China. Megan has traveled to war-torn 1920s Shanghai to marry her childhood sweetheart and fellow missionary, Dr. Bob Strike (Gavin Gordon). Before the nuptials can take place, however, Dr. Strike is called upon to rescue a group of orphans in the middle of the city, where the conflict is at its bloodiest. Megan insists on accompanying him on the dangerous trip, which involves consulting with General Yen (Nils Asther), a warlord who controls the region. Although they eventually reach the orphans and guide them to safety, Megan gets knocked unconscious and separated from the rest of the group. When she awakens en route to the lush palace that General Yen uses as a base of operations, the film shifts from tense action to an intimate meeting-of-the-minds in an exotic setting.

As Megan attempts to escape the manipulations of the courtly, enigmatic General Yen at his luxurious palace, Bitter Tea becomes an intimate struggle between two strong-willed people. Megan gets acquainted with Yen's inner circle - the gorgeous concubine Mah-Li (Toshia Mori), and his gruff American financial advisor, Jones (Walter Connolly) - and begins to have conflicting feelings about Yen as a sexual attraction develops. Stanwyck's vulnerability complements Nils Asther's dignified, surprising portrayal of Yen. Sure, he can't escape looking like a Swede in "oriental" makeup, yet the depth he brings to Yen shatters the stereotype of the character. Although Capra's direction has some awkward moments (odd cross-cutting in a scene between Stanwyck and Connolly, for example), his emphasis on human drama over lush spectacle is part of what makes Bitter Tea a memorable piece of Pre-Code exotica.

Can we talk about the awesomeness of Barbara Stanwyck in the early '30s? At a time when many were still trying to figure out what acting in sound film should be, Stanwyck instinctively knew how to handle the subtleties of the medium - resulting in no-nonsense, smart playing which often overcame the antique-feeling scripts she worked with. Pre-Code corker Baby Face was the highlight, but just about everything she did in 1930-33 is worth checking out. Frank Capra was one of the first to recognize Stanwyck's natural screen presence, directing her breakthrough role in 1930's Ladies of Leisure, The Miracle Woman (1932; also recommended), and this film. 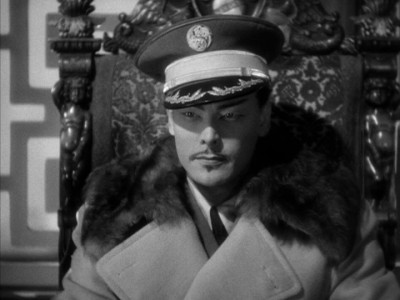 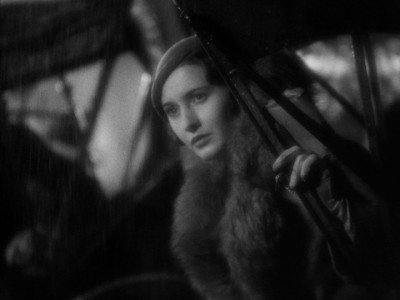 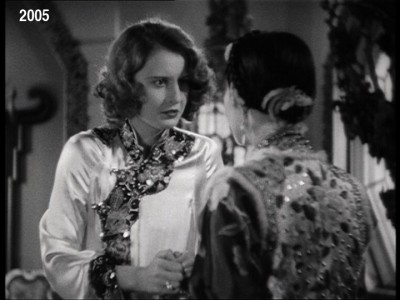 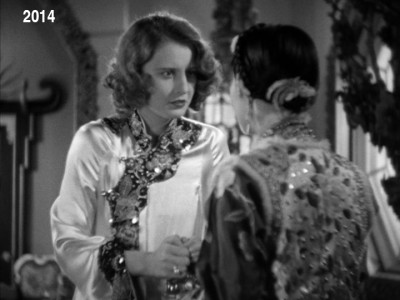 The Sony Choice Collection made-to-order (m.o.d.) DVD edition of The Bitter Tea of General Yen is mastered from an astonishingly clean, pristine print. Universal already released this film as part of a Region 2 DVD box set in 2005; based on the screen shots from that earlier release, this one appears softer and less contrasty. The warm, grainy picture has a minimum of spots and age, great mastering that preserves the detail - definitely a lovely looking disc.

The film's mono soundtrack also sounds very clean for an 81 year-old film. The limited dynamics of early sound recording are mitigated with hardly any pops, hiss or other signs of age (at one point, however, the sound dropped out for a half-second). No subtitles are provided.

Lacking even a basic menu, the film automatically plays when the disc is inserted - at least the chapter stops are not placed in the middle of scenes. 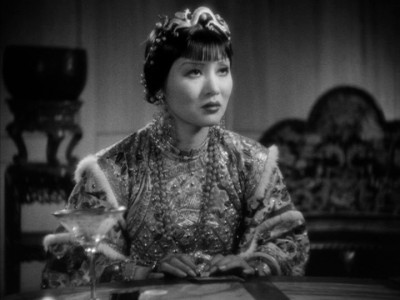 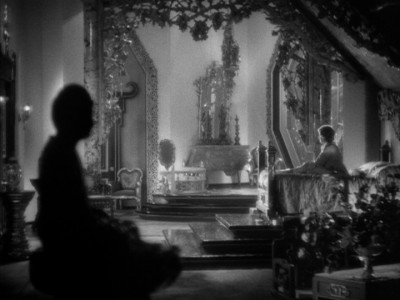