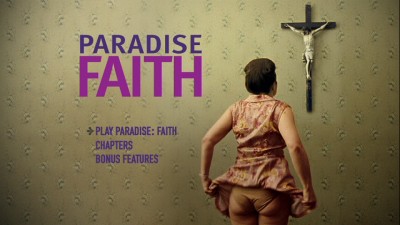 Ulrich Seidl's Paradise trilogy is a series of films connected thematically by the three different theological tenets that give them their name, as well as by the story aspect of each film being about different sisters in the same family. Their easiest comparison is to Kieslowski's Trois Coleurs, but Paradise has even less crossover elements than that masterwork.

Paradise: Faith is ostensibly the second part of the series, though they really can be watched in any order. (True confessions, I have yet to see Paradise: Love, the initial release.) Faith stars Maria Hofstätter as Anna, a middle-aged woman who has devoted her free time to bringing Catholicism back to Austria. Her chosen mode of witnessing is traveling door-to-door with a statue of the Virgin Mary and trying to convert the sinners she finds behind each one, blessing them with holy water dispensed from a spray bottle. She's terrible at the job. What she lacks in empathy she makes up for in self-righteousness. Some of the scenes of her testimony are painful to watch. A hoarder who accepts her help has difficulty kneeling, but she insists he position himself in just the right way. A drunk woman toys with her and Anna's stubbornness nearly pushes her to violence.

By that point, we have the sense that these reactions may be just fine with Anna. She intends to suffer for her belief. When she fails, she repents through self-flagellation and a chain-link girdle. Each obstacle is just a test from Jesus. 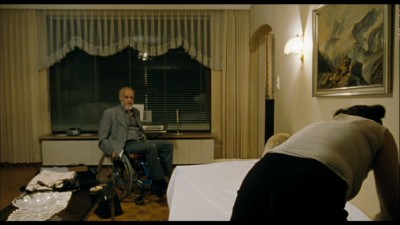 The biggest test comes when Anna's estranged husband returns without warning. Nabil (Nabil Saleh) is an Egyptian Muslim and also a paraplegic. He is baffled and angered by his wife's conversion to Christianity, and though we never know for sure why he left, we do see him be both physically and verbally abusive. Perhaps it's his cruelty that has made Anna tone-deaf to the suffering of others. She believes God crippled Nabil to help him. His time in the wheelchair hasn't inspired personal reflection, however; not unless it's an act of faith to spend a lot of time thinking about sex. (If so, guess who has ten typing fingers and is going to Heaven? This guy!)

It's certainly to Seidl's credit that he gives no lip service to either religion in Paradise: Faith. One is not pitted against the other, and really, one might guess the auteur has little regard for religion in general. What is more interesting to him is how both Anna and Nabil use their faith to cover their own shortcomings. As the old Bible verse suggests, one usually points out the splinter in another's eye while denying the massive plank in their own.

Paradise: Faith lacks an editorial point of view. Rather, the director holds his camera back, keeping his distance, letting the scenes run their natural length without unnecessary cuts. This makes the more difficult scenes even more uncomfortable. The viewer gets no chance to look away, and can't gauge when the moment will finally break. The resulting squirm factor can be excruciating.

Adding to this is the realism of the locales and, more importantly, the performances. Neither Hofstätter nor Saleh appear to ever really be acting. None of the cast looks like actors. Thus, the usual telltale signs of playing to the camera are absent, leaving only the individuals. It's one step shy of documentary. We are the omniscient observer, the God in which these people should have faith, if you will.

Seidl's drama can be tough work. Its lack of conventional plot requires that one pay absolute attention, even as the filmmaker's refusal to sugarcoat or add any adornment at all might compel you to turn away. Accept that Paradise: Faith is heading somewhere, though, and you'll be surprised by how much the film has moved you in the end. Most likely it'll be closer to depression, because uplifting it ain't. Misery is sometimes it's own reward, if not a couple hours of company. 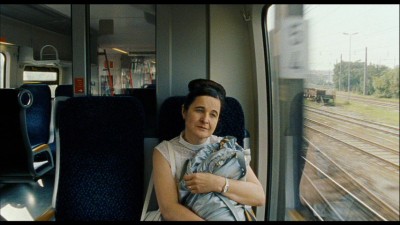 Video/Audio:
The screener we received was not representative of the final retail product, and so we reserve judgment until we can see what is actually being sold to consumers.

Extras:
Extras include a photo gallery, trailers for the rest of the trilogy, and other trailers from the distributor.

FINAL THOUGHTS:
Recommended. Paradise: Faith, the second part of Ulrich Seidl's thematic trilogy Paradise, is a challenging, unadorned look at one woman's struggles with her personal beliefs and the mission she believes Jesus has given her. Anna is a former Muslim turned Christian who believes Austria should be Catholic. When her absent husband returns without warning, it upends her whole life. The two fight, adding to Anna's struggle, and also adding to the audience's discomfort. Paradise: Faith doesn't come to any great conclusions, but it does shed some light on some difficult subject matter, giving the attentive viewer a peek at a different kind of life. 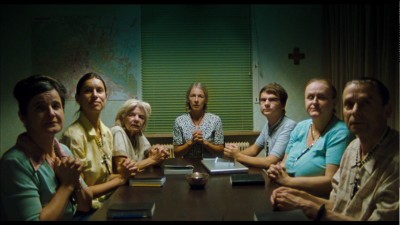