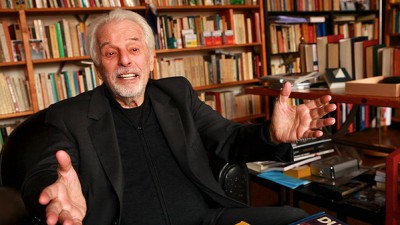 Unfinished, unmade, and lost movies make for some of the greatest "what ifs?" in cinema circles. Stanley Kubrick's Napoleon, David Lean's Nostromo, the full version of The Thief and the Cobbler, or the many unreleased and incomplete Orson Welles' efforts being just a few of the would-be never-was masterpieces that have captured the imaginations of film fans over the years. Add to that Alejandro Jodorowky's aborted mid-1970s adaptation of Frank Herbert's Dune. With this one, however, we now have an idea of what might have been thanks to Frank Pavich's investigative documentary Jodorowsky's Dune.

Pavich sits the legendary avant-garde director down and has him walk the audience through the production process, what led him to want to tackle Dune and how he assembled a team of "spiritual warriors" to bring it to life. This included celebrated comics artist Moebius, and future creative superstars like Dan O'Bannon and H.R. Giger, the writer behind Alien and the man who created his monster. Their work exists in a massive custom book, comprising thousands of pages, that Jodorowsky and his producer, Michel Seydoux, compiled as a deluxe pitch package for when they went out to try to raise finances. The book includes Giger and painter Chris Foss' paintings showing the opulent sets and imaginative spaceships, as well as the complete film in storyboards, drawn by Moebius. Pavich shows us much of this art, including animating certain sequences, to give us a taste of Jodorowsky's mad vision. He saw Dune as a chance to raise consciousness and alter perceptions. He wanted to make a spiritual movie that would act as a messianic device to connect people around the world. It's one of those ideas that's so nuts, it just might have worked. 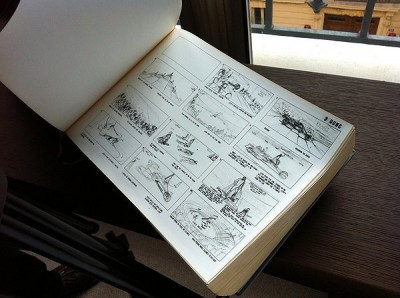 That it didn't is no real surprise, though. Jodorowsky's production of Dune far exceeded the grasp of 1975 Hollywood. Hell, it seems beyond 2014 Hollywood, too. With a cast that would have included David Carradine, Orson Welles, Salvador Dali, Mick Jagger, and also the director's twelve-year-old son, Brontis, previously featured in El Topo, and who trained for two years to be able to pull off his character's fight scenes, the assemblage of madmen and notorious personalities would have been a lot to wrangle. One gets the sense that it was just about too good to be true, and we may be getting the superior Dune experience by having Jodorowsky and his collaborators detail what might have been in this manner. At age 86, the Mexican-born filmmaker is an animated raconteur, waving his hands around and making his own sound effects to emphasize his ideas. Honestly, I find him more compelling as a personality than I do as an artist.

When it comes down to it, what Pavich has teased out of the old rascal is not just the story of an insane moviemaking vision, but really, a treatise on what it means to create and the powerful aphrodisiac that is the unbridled artistic impulse. Listening to anecdotes about how Jodorowsky acted as a kind of delusional pied piper to draw others into his quest is equally as fascinating as the ideas that eventually emerged. So much of this tale depends on interpersonal connections, coincidence, and circumstance, you'll almost believe that Jodorowsky does have some kind of magical powers. But then, the best stories always cast a spell all their own, don't they?

Jodorowsky's Dune deserves to be seen as more than just a niche film. It has a broad-base appeal that should not be underestimated. Movie nerds, science-fiction fans, and comic book aficionados will be dazzled by what they see and hear. It will also appeal to anyone with a passing fancy in art and its creation. At its most simple, though, it's just a ripping yarn about these guys who once tried to do a thing and the highs and lows of that endeavor. Which is kind of what a good amount of the best movies are about, be they fiction or otherwise. 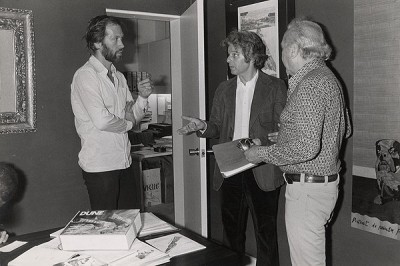