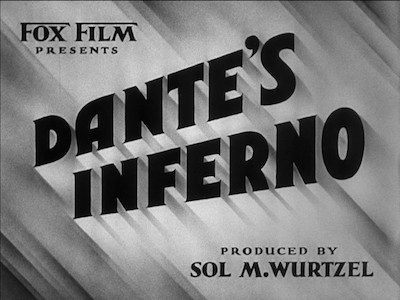 Spencer Tracy stars in the cartoonish 1935 morality play Dante's Inferno as Jim Carter, a working-class huckster who moves in on an afterlife-themed carnival sideshow. He woos the owner's daughter (Claire Trevor) and helps the old man (Henry B. Walthall) who set the whole thing up grow the business, turning a stodgy scholarly museum into an epic grand guignol-esque attraction. Questionable ethics and dodgy business practices eventually turn that success sour, however, driving away the wife and nearly getting her father killed. Alone and nearly beaten, Carter gets one last shot to redeem himself on his next venture, an ocean-liner dubbed Paradise.

Dante's Inferno isn't an adaptation of the famous poem. Rather, it uses the concept of a man journeying through various stages of Hell as its jumping-off point. The melodramatic script is written by Philip Klein (scribe of various Charlie Chan and Shirley Temple vehicles) and Robert M. Yost (Carson City Kid) and directed by Harry Lachman (Dr. Renault's Secret). The work is competent, playing to familiar conventions, setting up a rather common story of a conniving man losing his way and then suddenly getting back on track through extraordinary compulsion. Tracy apparently hated the picture and was drunk for most of it. You wouldn't really know it to look at him on screen. He still manages to hit his marks, even if it's with a minimum of force. It's the kind of role he could have slept-walked through. Trevor gives the more memorable performance, but only because her character has a slightly wider range of emotion.

There are really only two reasons to show up for this one. First is a rather hot dance sequence on Carter's boat. It features a 16-year-old Rita Hayworth, performing under her original name Rita Cansino. Her brief appearance lights up the screen. You can already see the star emerging. Her dance partner may have been charged with leading, but Hayworth's steady gaze and brilliant smile suggests she's really driving the rhythm.

The second is a brief interlude mid-way through the picture when Carter's ailing father-in-law reads to him from the actual Inferno. Lachman cuts away to a silent sequence showing all the perils of hell. It's an impressive digression, with anguished bodies writhing in smoke and fire. The ambitious display is worthy of one of Cecil B. DeMille's more famous Biblical epics, even if the rest of the movie is entirely workmanlike and forgettable. 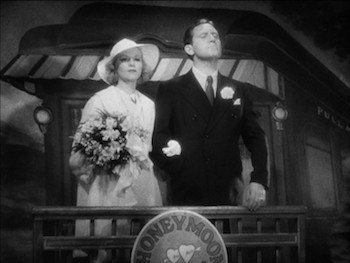 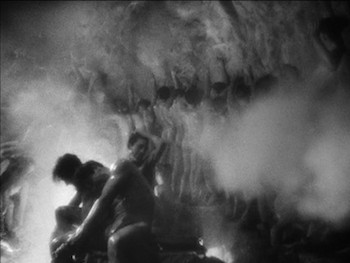 Video/Sound:
The manufacture-on-demand disc of Dante's Inferno released through the Fox Cinema Archives shows the movie in its original black-and-white at a 4:3 full-frame ratio. The overall image quality is quite good, with clear resolution throughout and no jumpy cuts or unstable frames. There is occasional damage, usually in the form of lines or other noise on the screen, as well as occasional blurring around the edges, but overall, it's a nicely preserved source print.

The original soundtrack is mixed for mono and is solid. No hiss, glitches, or drop-outs.

FINAL THOUGHTS:
Rent It. There is ambition here. The five minutes or so in the final half of Harry Lachman's 1935 melodrama Dante's Inferno where the film takes a quick turn into the underworld is one of the more impressive versions of Hell ever created on a Hollywood soundstage. The rest of the movie lacks that original vision, however. Spencer Tracy is trapped in a predictable narrative about an ambitious man whose comeuppance appears just in time for his redemption. He seems bored by the script. Too bad he's in another part of the ocean liner when Rita Hayworth shows up for a spin around the dance floor. That might have cheered him up. It certainly did me! 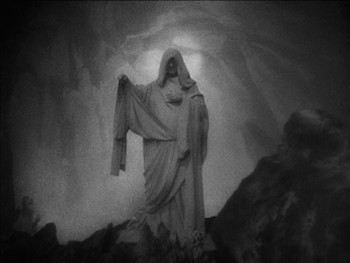 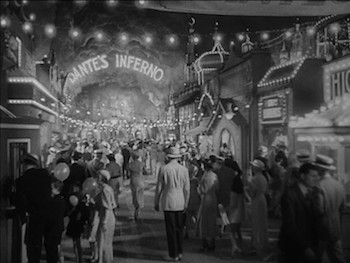