Spike Lee is a talented, polarizing director who sometimes lets politics get in the way of his filmmaking. His films of late have been disappointing, but this Spike Lee Joint Collection, Vol. 1 includes two of his best films in high definition: 25th Hour and He Got Game. 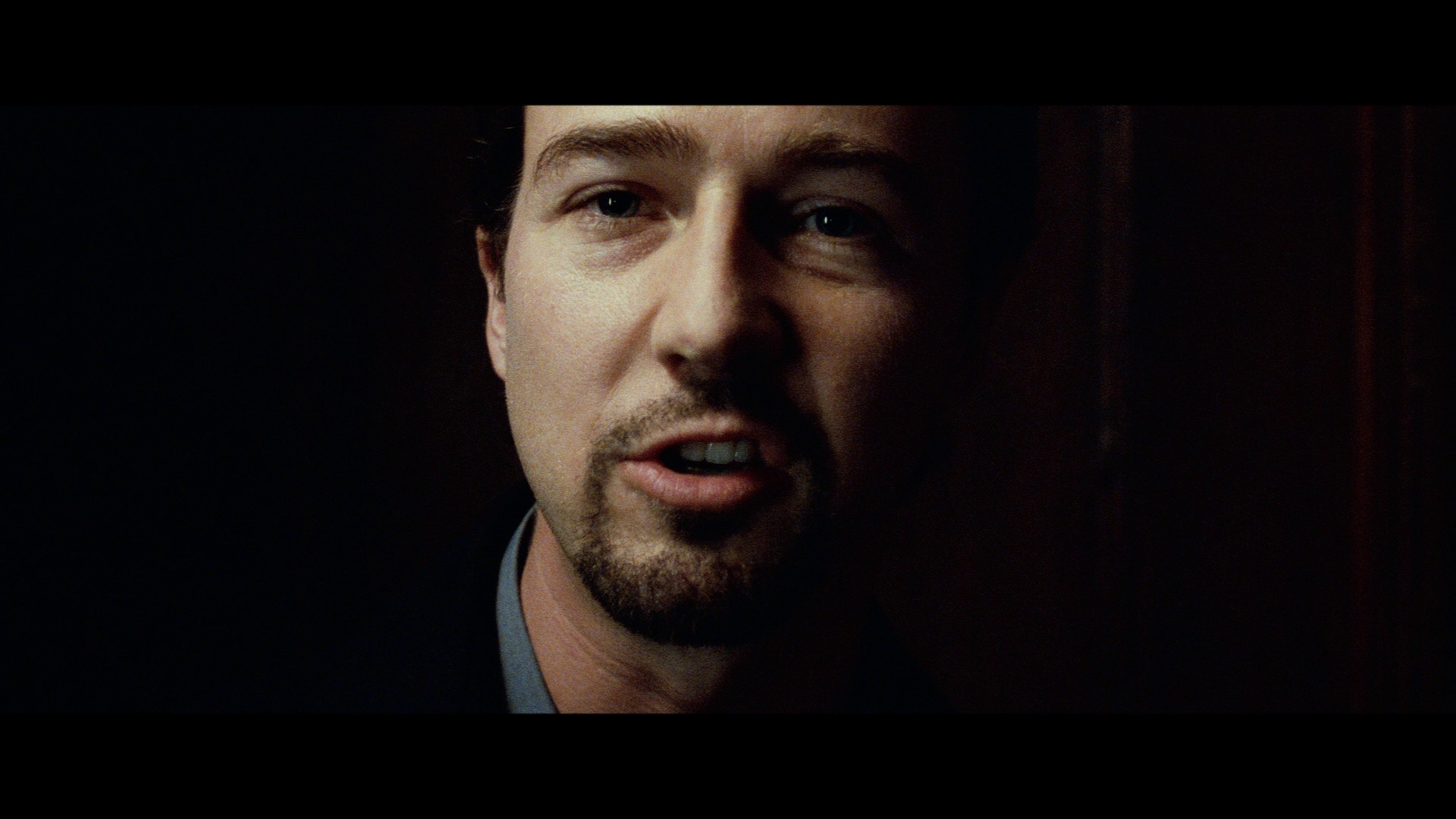 This New York City-set drama, shot in the months after September 11th, is an underrated and fascinating character study of a man facing a long prison sentence and the city in which he lives. Edward Norton teases a Travis Bickle meltdown in a self-aware, indulgent detour taken early in the film. He plays Monty Brogan, a thoughtful, introverted drug dealer on the eve of a seven-year sentence. Brogan gathers girlfriend Naturelle (Rosario Dawson) and buddies Frank (Barry Pepper) and Jacob (Philip Seymour Hoffman) for his last night of freedom, where he faces demons both past and future. Norton gives a hell of a performance here, allowing his self-sufficient tough guy to unravel on screen, knowing the promises and assurances of his family and friends will never survive his time in jail. Gorgeous, supportive Naturelle may have given Monty up to the feds, something Frank encourages Monty to face before reporting to prison. It is heartbreaking to watch Hoffman play the soft-spoken, kind college professor that struggles to deflect a flirty student (Anna Paquin) and comfort his friend. Monty's profession necessitated a distance between him and Jacob, yet Monty chooses Jacob to inherit his beloved dog, Doyle.

Lee works from a script by David Benioff, based on his own novel, and shoots one of the best films about New York City in recent memory. Every character and location is authentic, and the post-9/11 camaraderie and raw emotion is palpable. The nighttime cinematography by Rodrigo Prieto is beautiful and captures the surging heartbeat of the city. A climactic plea by Monty to his friends may save his life in jail, but it is gutting to watch the request register on Frank and Jacob's faces. Lee breaks his central character down to his core; Monty upsets not only his own life but also that of Naturelle and his father (Brian Cox). It is easy to forget that Lee can make such an authentic film, with believable everyman characters and affecting personal drama, but 25th Hour hits like a truck and never lets up. ***** out of *****. 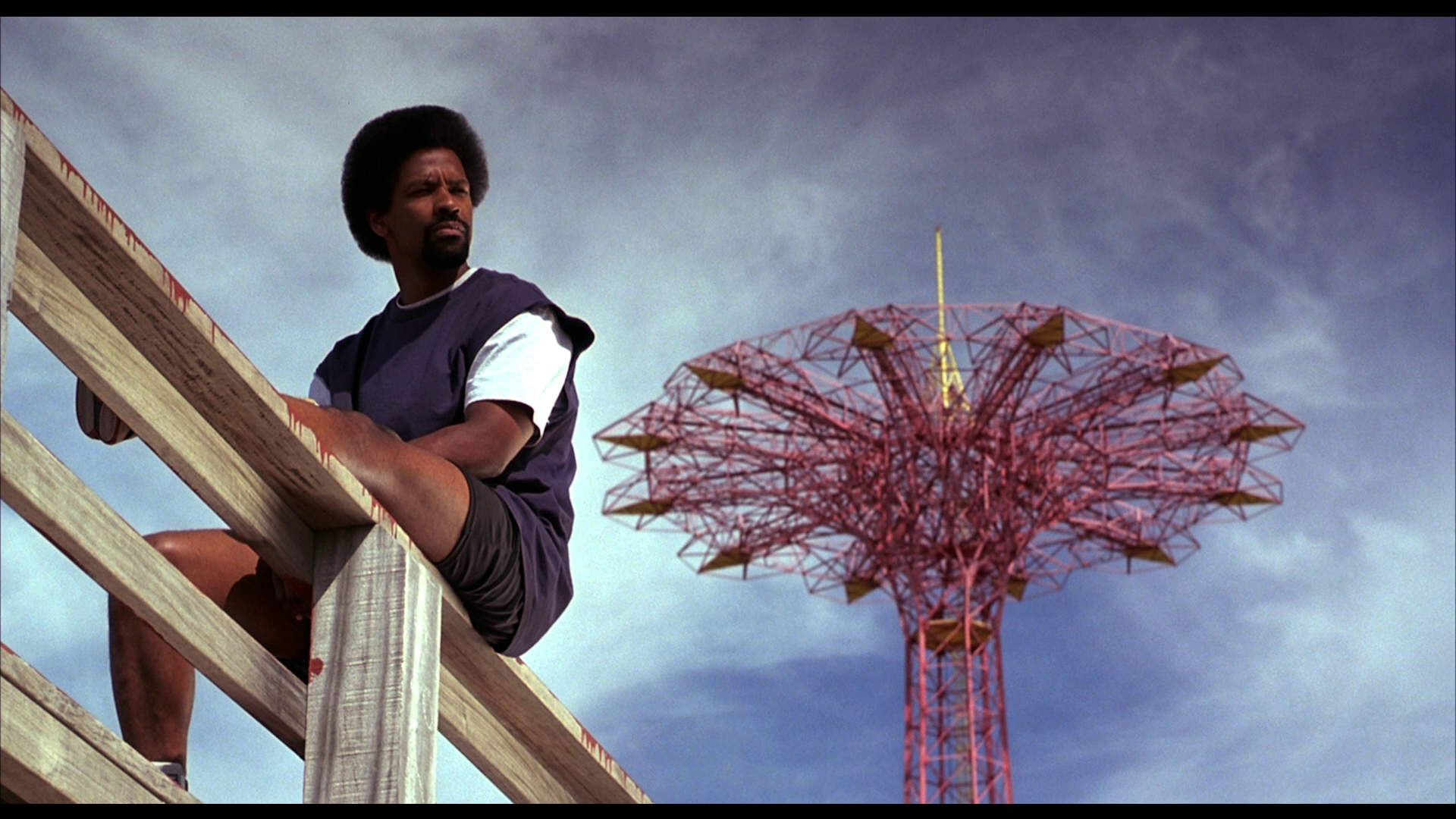 That sly, master-of-his-domain grin on Jake Shuttlesworth's face is synonymous with my mental picture of Denzel Washington, who plays the convicted murderer with a top-recruited, basketball star son, Jesus (Ray Allen), in He Got Game. The governor wants Jesus to attend his alma mater, Big State University, and agrees to an incognito, temporary release for Jake so he can influence his son's college decision. Jesus pushes back immediately against the man who killed his mother, warning him to stay away from him and younger sister Mary (Zelda Harris). Lee captures the temptations of recruiting and the luxuries thrown at top college prospects. Jesus has Rolexes, luxury cars and women tossed his way, and nears boiling point as everyone in his life looks for answers and a handout. Also pulling the strings is Jesus' duplicitous girlfriend LaLa (Rosario Dawson), who knows her time on his arm is reaching an end.

He Got Game is not without Lee's stylistic and narrative excess, but it succeeds on Lee's screenplay and strong performances from the key cast. As Washington and Allen butt heads, Milla Jovovich warms the elder Shuttlesworth's heart as an abused, jittery prostitute. This is top melodrama, and He Got Game is authentic and involving even when the personal conflicts and narrative hurdles threaten to overwhelm the viewer. Somewhat overlong and occasionally indulgent, He Got Game never surrenders to its social commentary and works on nearly all levels. Washington excels as a man hardened by circumstance and broken by regret, and Allen matches his on-screen father's charisma shot for shot. Lee regular Dawson is resilient as the girl never leaving Brooklyn, and her callous exterior hides internal strife. Sparks of humor and tragedy mesh well with the drama and make He Got Game worthy of repeat viewings. **** out of *****. 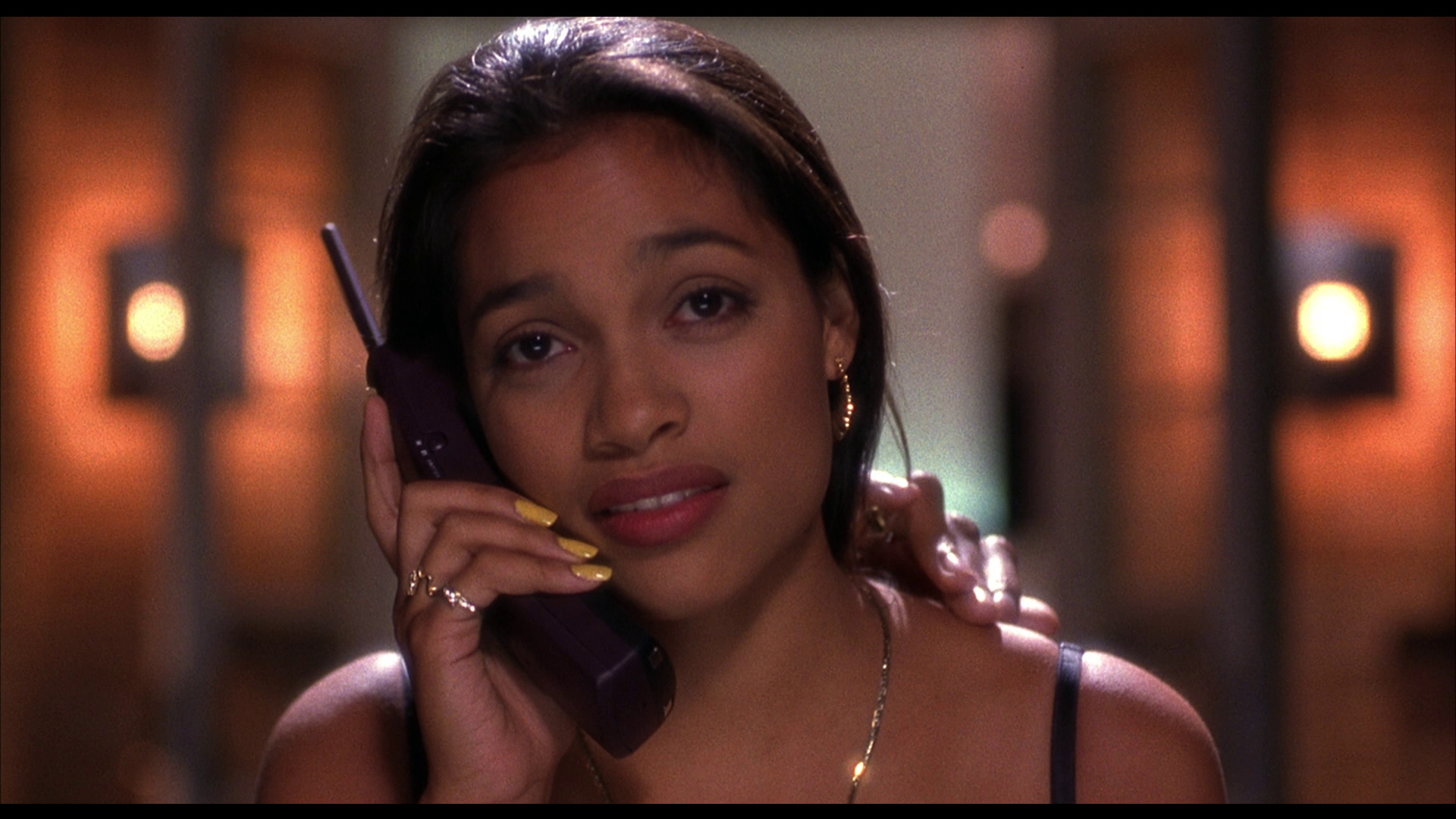 25th Hour receives an impressive 2.40:1/1080p/AVC-encoded transfer that is a drastic improvement over the previous DVD release. Rodrigo Prieto's cinematography is gritty and grainy, and the Blu-ray transfer never attempts to smooth or falsify this appearance. Detail is excellent in both close-ups and wide shots. The grain structure is natural and beautifully replicated, and black levels are excellent. The cool gray/blue color scheme is perfectly saturated, and skin tones are good. The contrast is intentionally high, which causes some blown-out highlights and black crush, but the Blu-ray simply replicates the theatrical experience. There are a couple of soft shots, but no issues with aliasing or noise reduction. ****1/2 out of *****.

The 1.85:1/1080p/AVC-encoded image for He Got Game is not quite as good but still provides an impressive viewing experience. My biggest complaint is that the contrast seems a bit too high, which results in slightly red skin tones and unnaturally bold colors. Some of this is source-inherent, but the Blu-ray image appears slightly too cranked. Detail is generally strong throughout, and there is some nice deep-focus texture, particularly in outdoor scenes. Black levels are solid, with good shadow detail. I noticed some minor edge halos, but noise reduction appears minimal. ***1/2 out of *****.

The 5.1 DTS-HD Master Audio mix on 25th Hour is subtly immersive, and captures the ambient surround effects of a bustling city. This mix does not hit viewers over the head with punchy effects or pounding bass, save a nightclub scene, but is naturally immersive and authentic. Dialogue is crystal clear and free of interference. The surrounds provide environment-specific support, and the few action effects are replicated well. Dialogue, effects and score are nicely layered, and the mix is overall quite effective. A French 5.1 Dolby Digital track and a 2.0 Spanish Dolby Digital track are available, as are English SDH, French and Spanish subtitles. ****1/2 out of *****.

The 5.1 DTS-HD Master Audio mix for He Got Game is also strong, with good dialogue reproduction and a fair bit of surround action for ambient effects. The track is somewhat front-loaded, but the on-court action and sounds of the city surround the viewer. The rap-heavy soundtrack is faithfully reproduced thanks to subwoofer support, and it never overwhelms the dialogue. A Spanish 5.1 Dolby Digital mix is also available, as are English SDH, French and Spanish subtitles. **** out of *****. 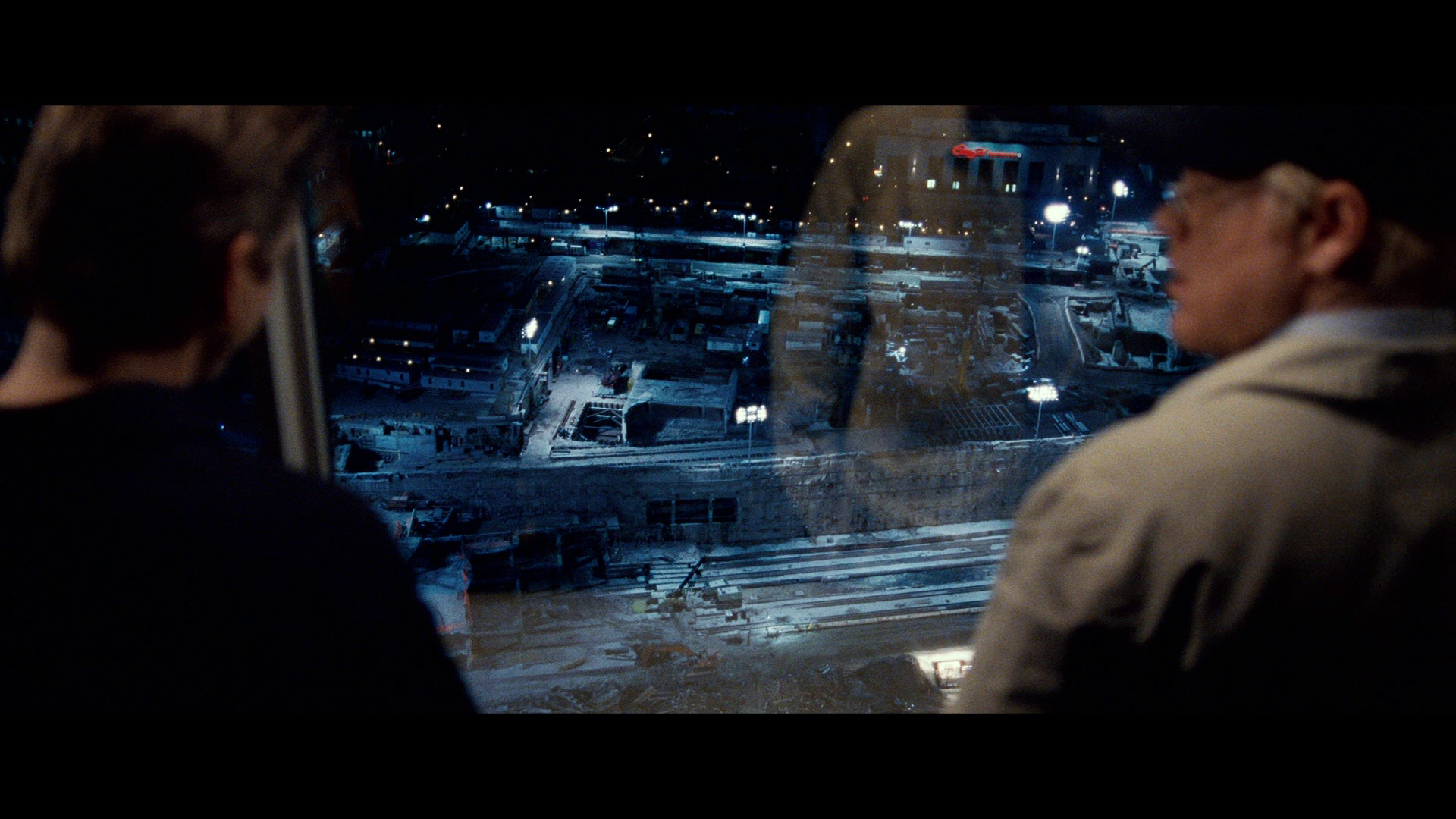 This two-disc set is packaged in a standard Blu-ray case. Each film gets its own disc and each disc has its own hub. There are extras specific to each film:

Disc One is 25th Hour, which includes Three Audio Commentaries: There is a newly recorded track by Lee and Norton, which is both an excellent retrospective and solid technical track about the production. The older tracks, one from Lee and the other from author Benioff, provide additional insight about the themes and translation from novel to screen. The Evolution of an American Filmmaker (22:23/SD) is both a behind-the-scenes look at the film and a resume of Lee's previous work. There is also Ground Zero: A Tribute (5:33/SD), a reel of the World Trade Center site cleanup, and six Deleted Scenes (10:18 total/SD). ***1/2 out of *****.

On Disc Two you get a newly recorded Commentary by Spike Lee and Ray Allen for He Got Game. This track is decently informative, but I suspect Washington would have made for a better co-host. ** out of *****.

The Spike Lee Joint Collection, Vol. 1 is a great way to own two of Lee's best films, 25th Hour and He Got Game, in high definition. Both represent Lee at his best; a director that captures authentic drama and multifaceted characters caught in complex situations. Both films look and sound good, particularly 25th Hour, and the discs include a mix of new and older bonus features. Highly Recommended. 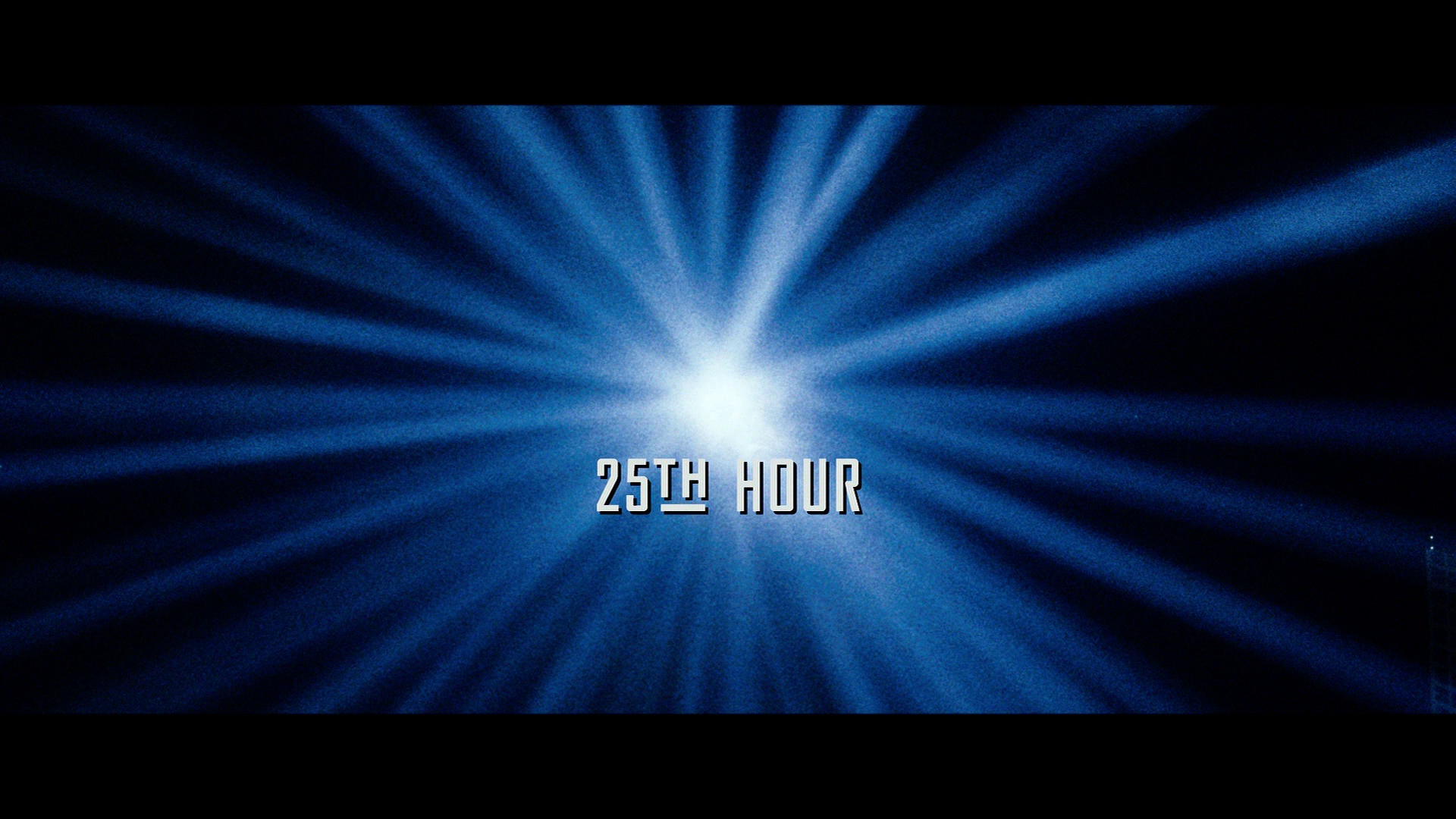 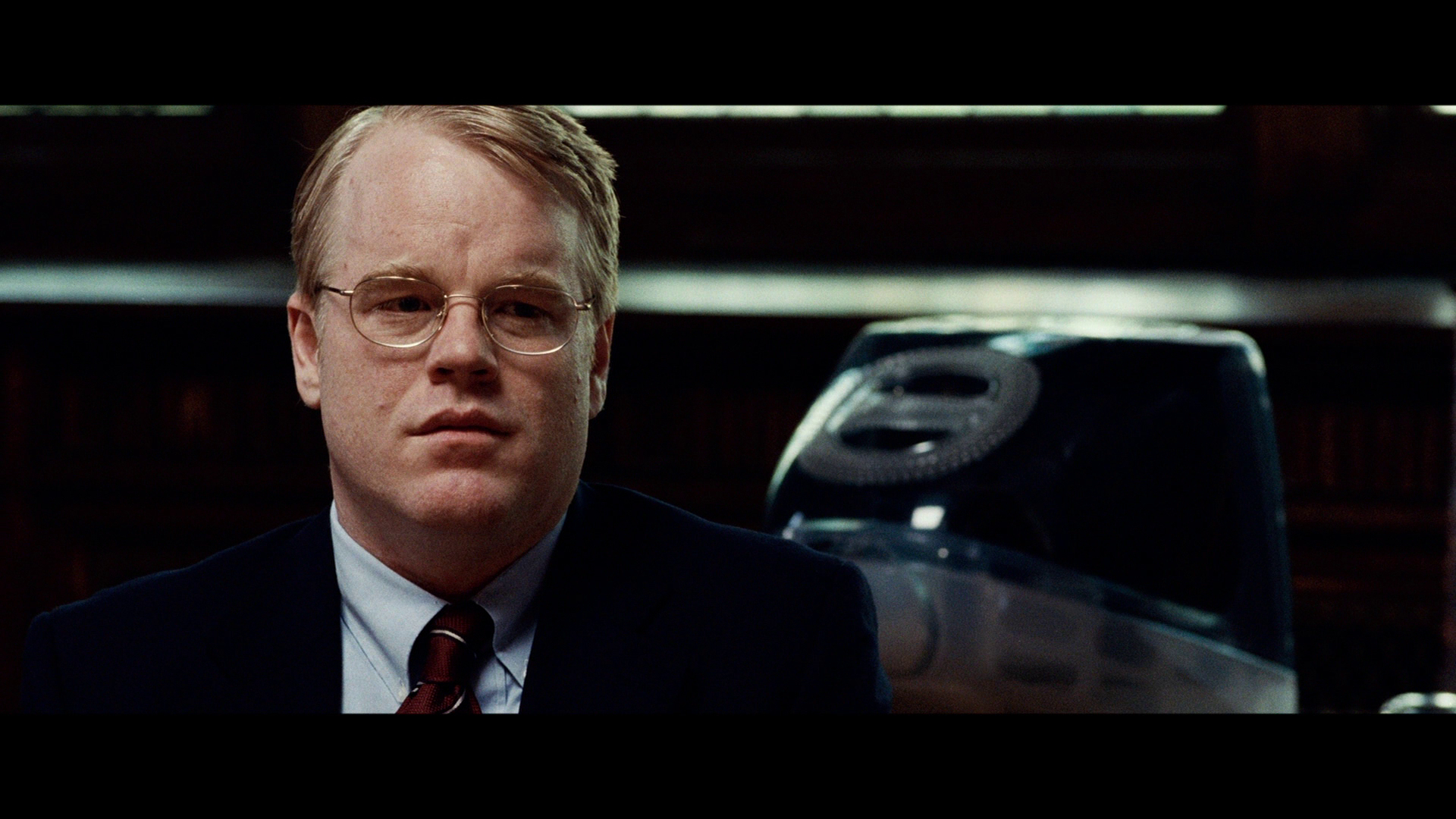 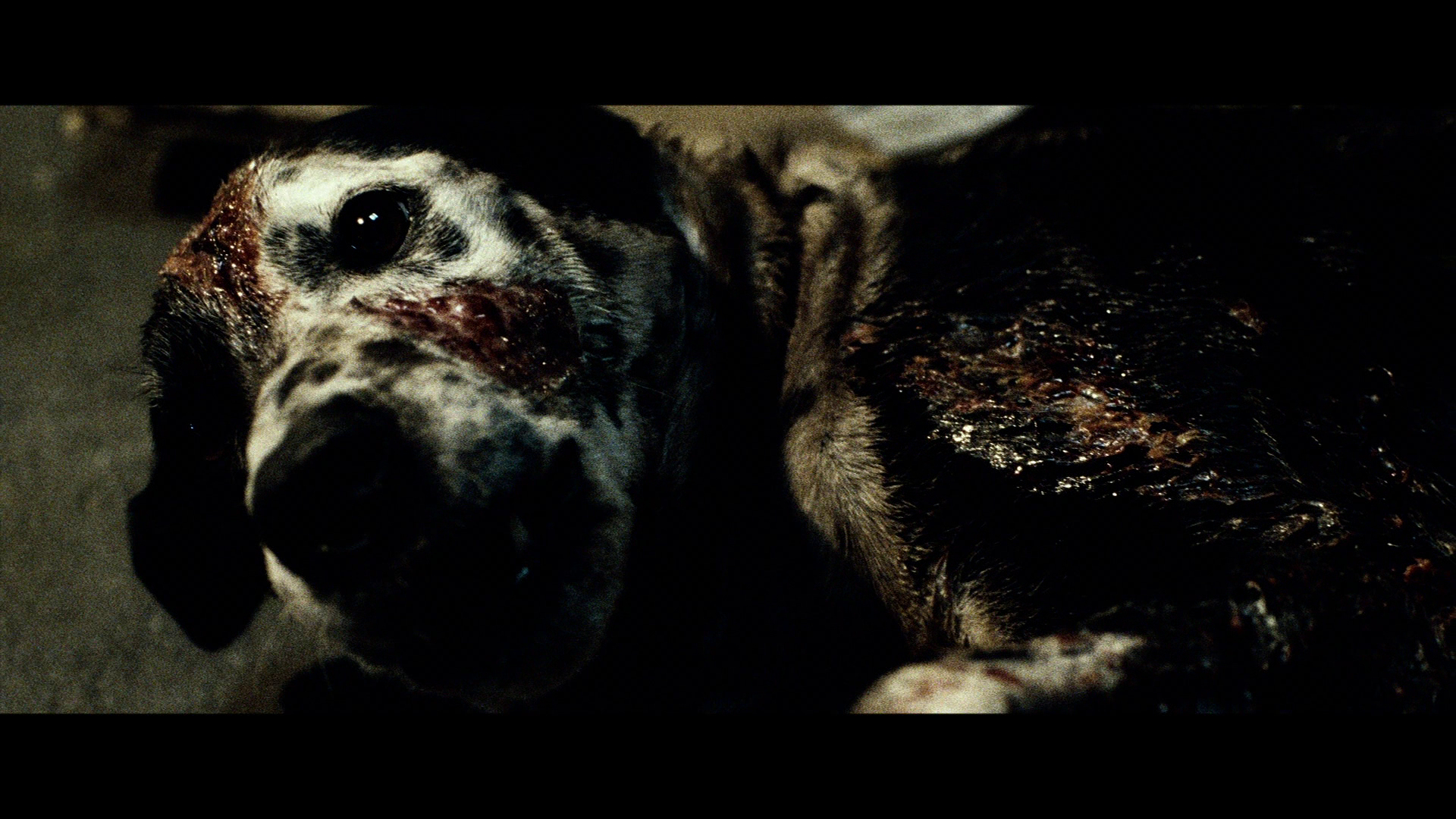 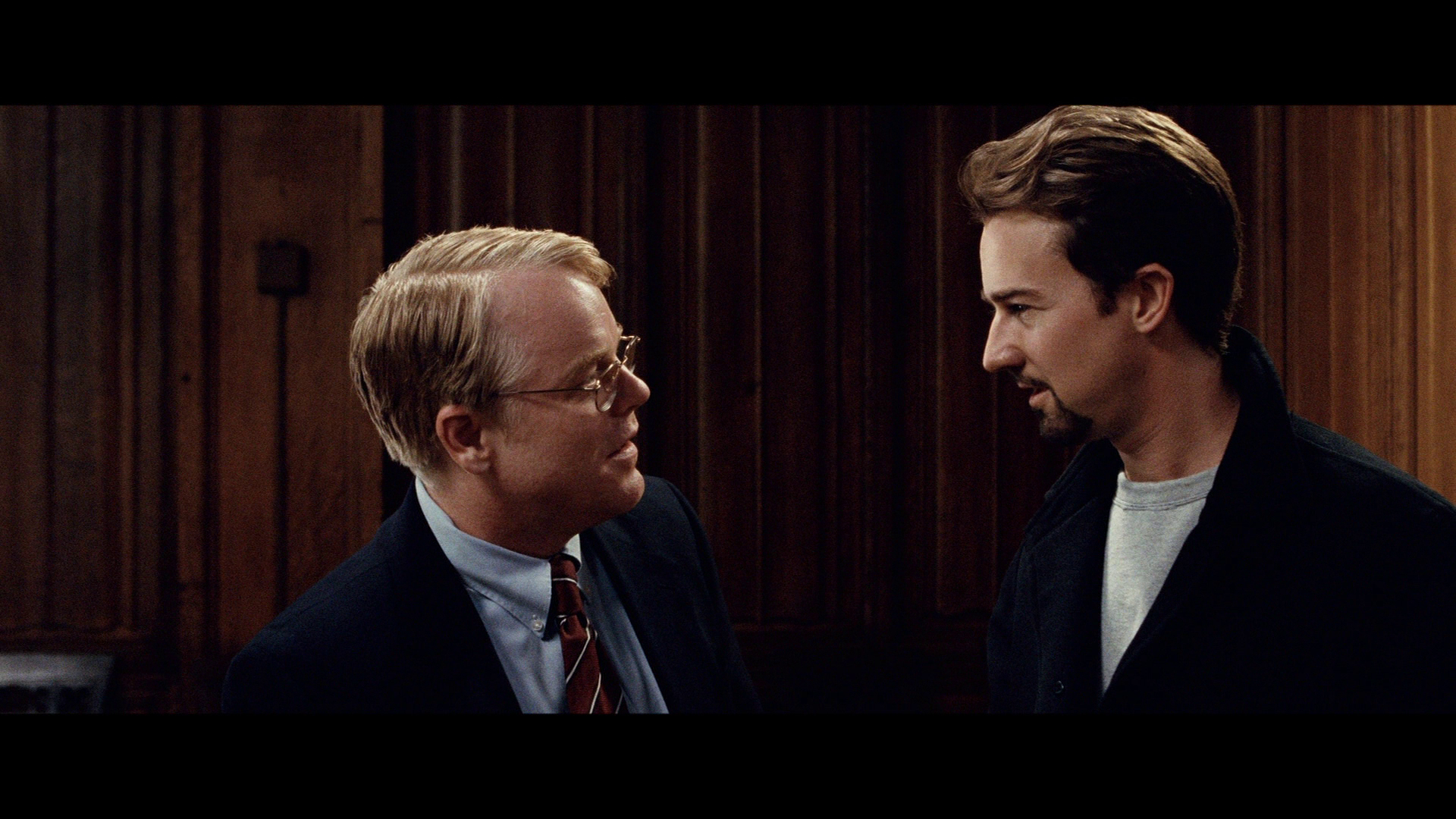 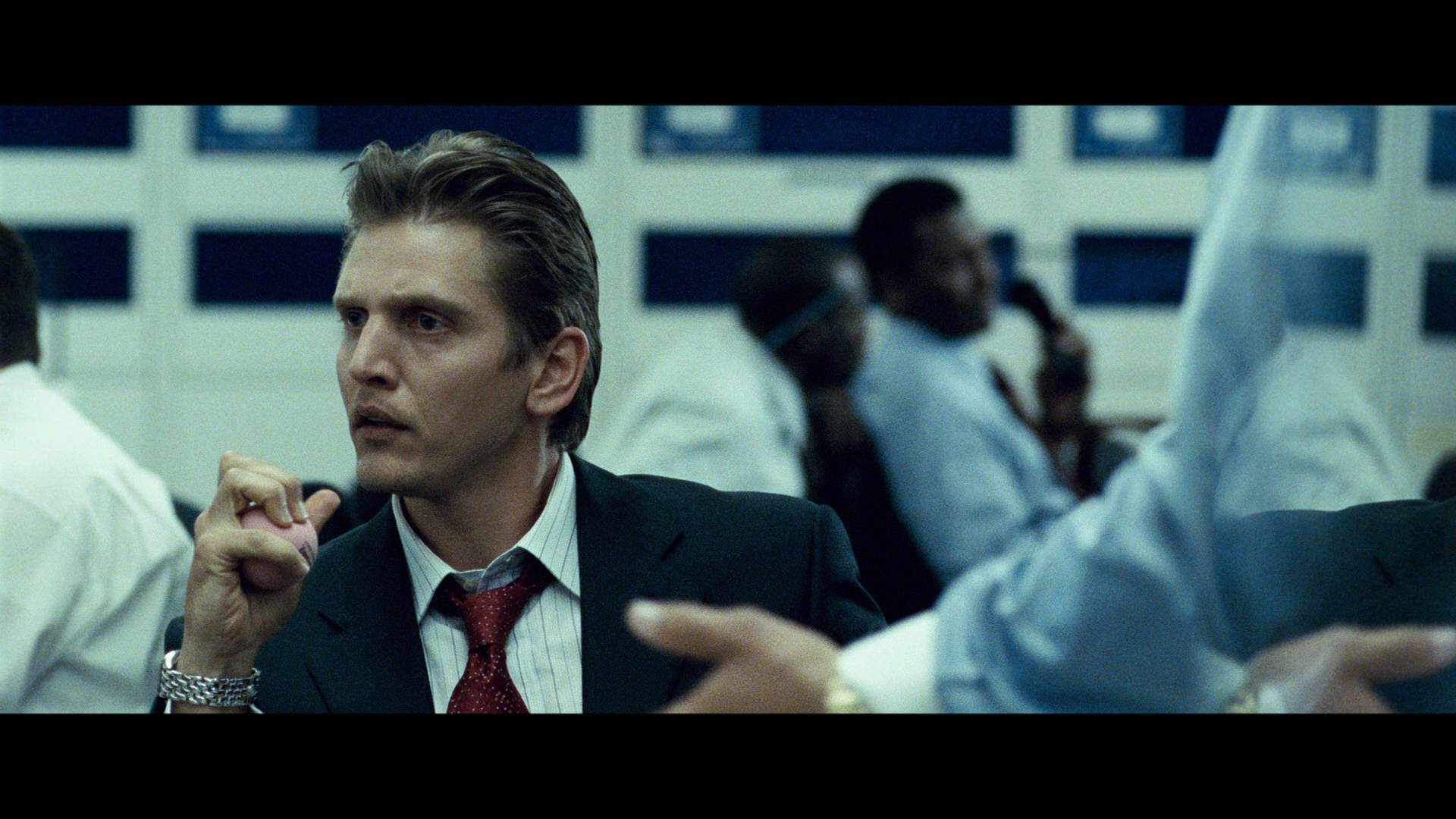 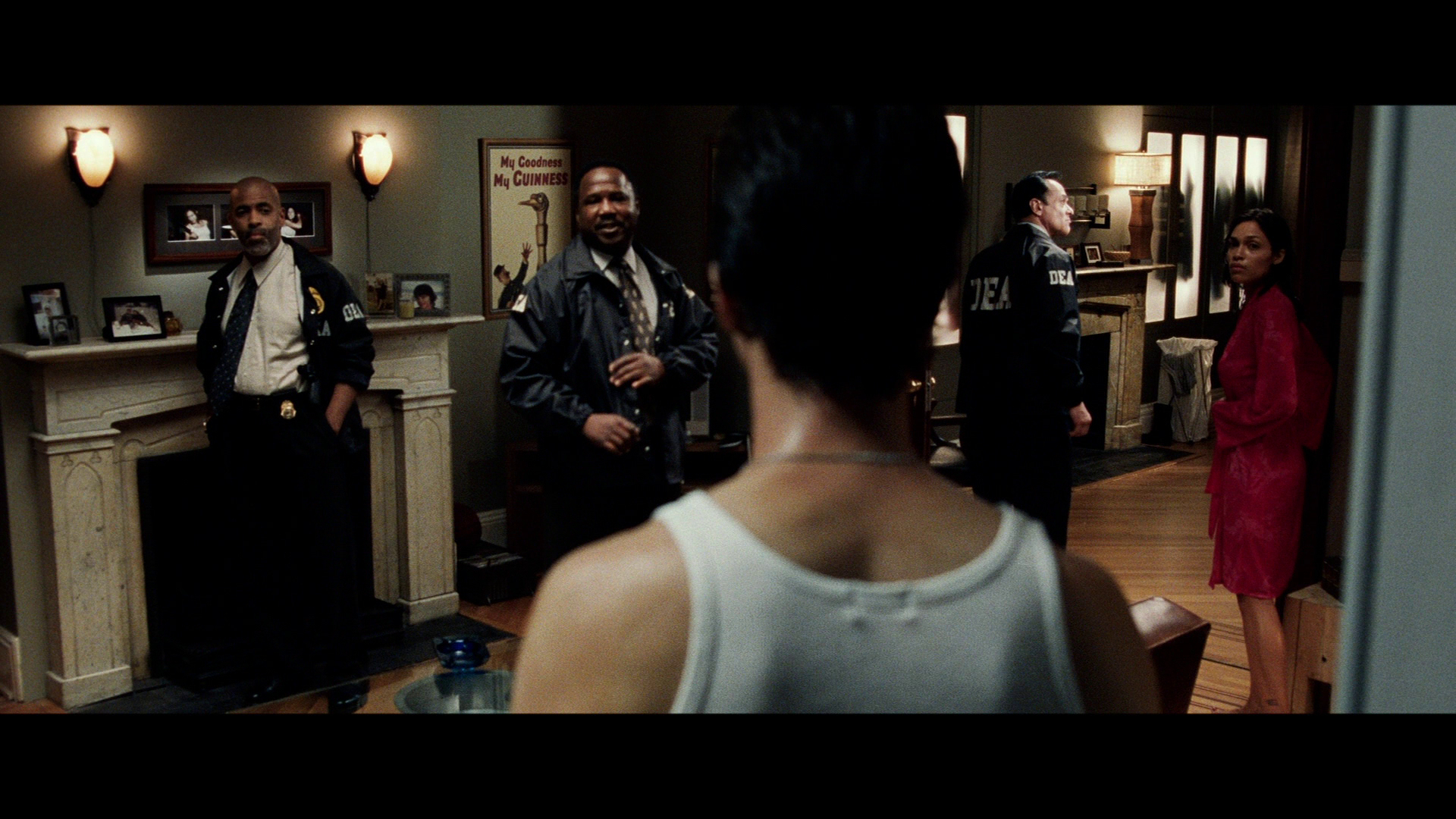 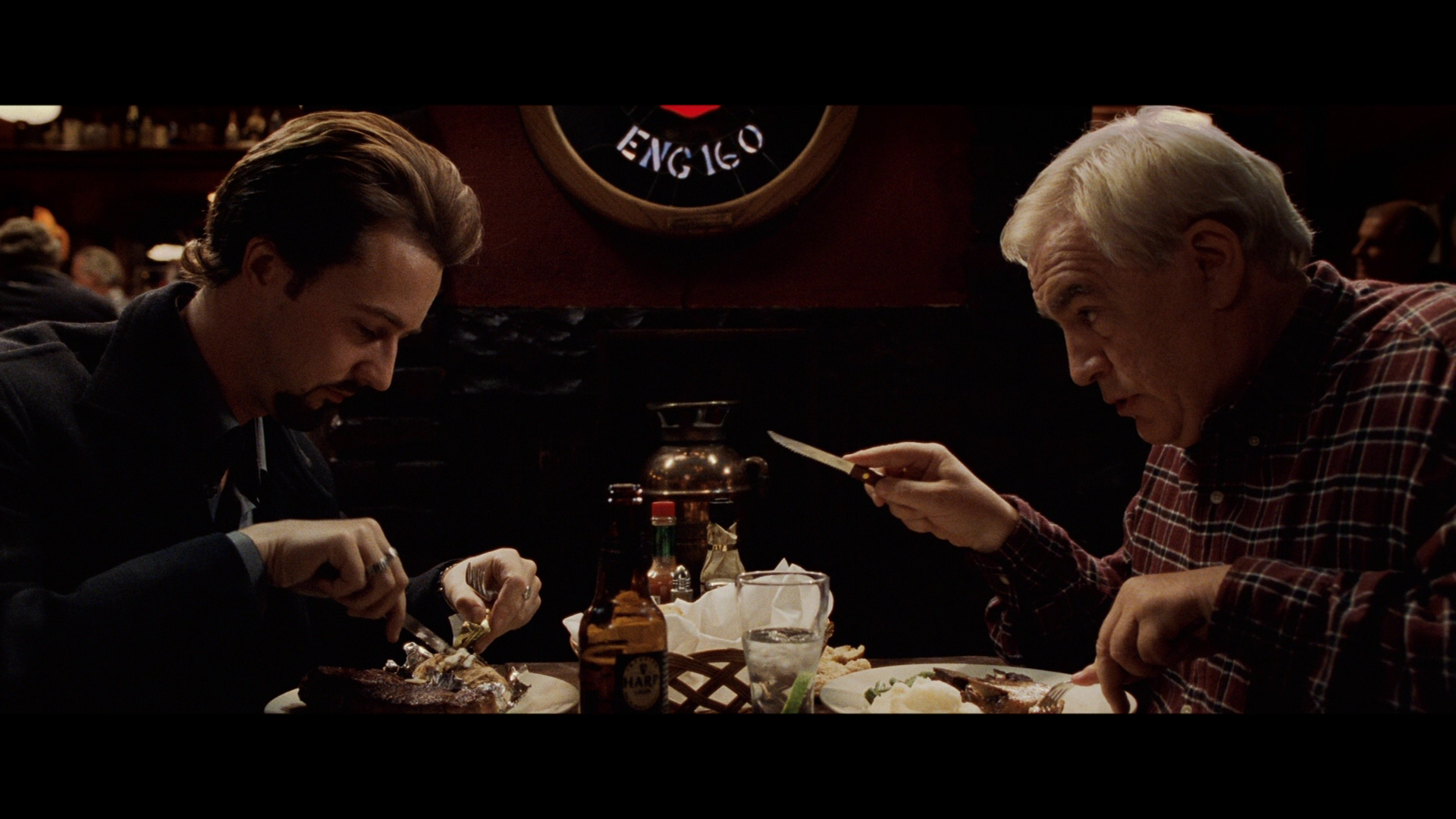 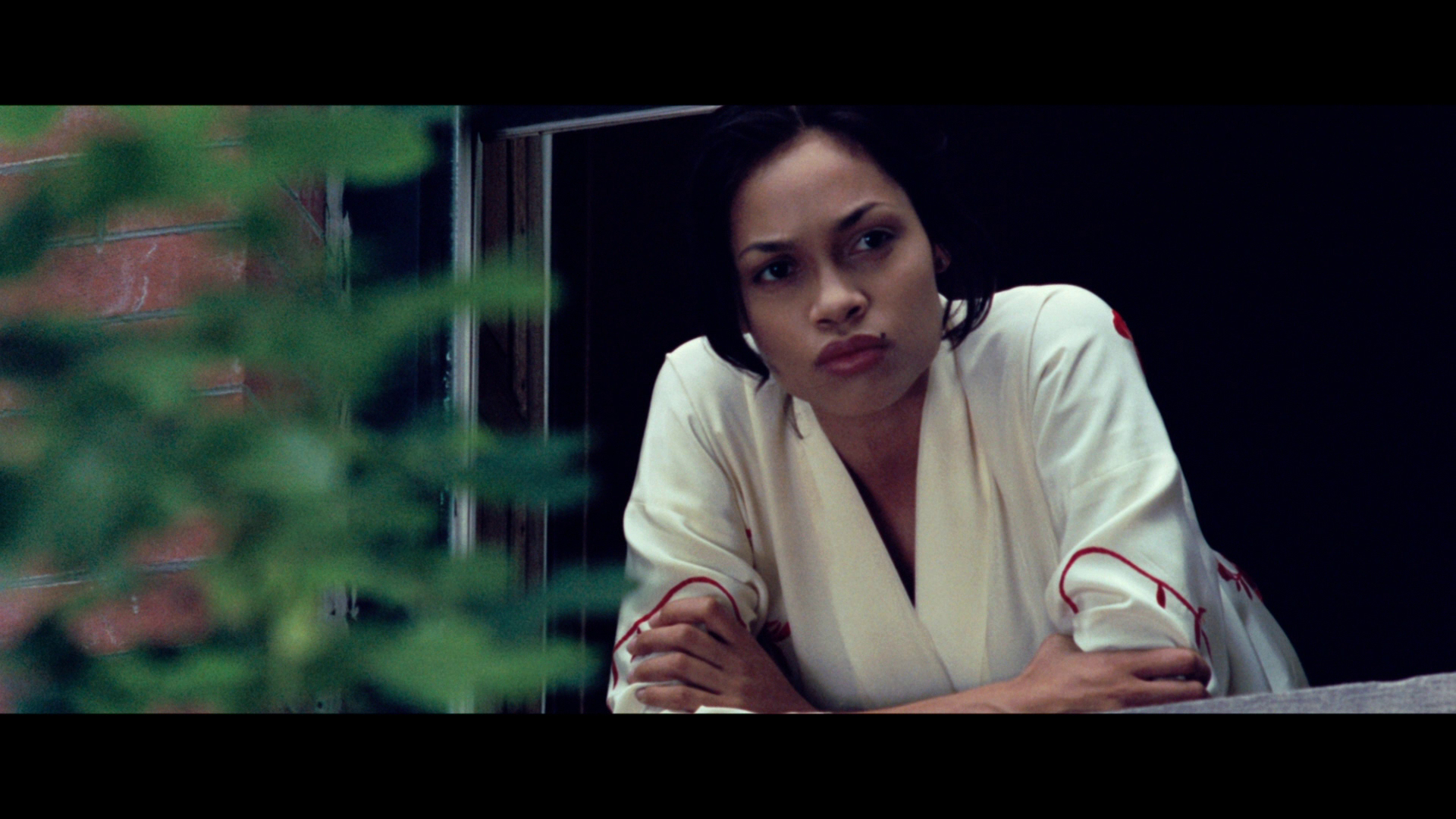 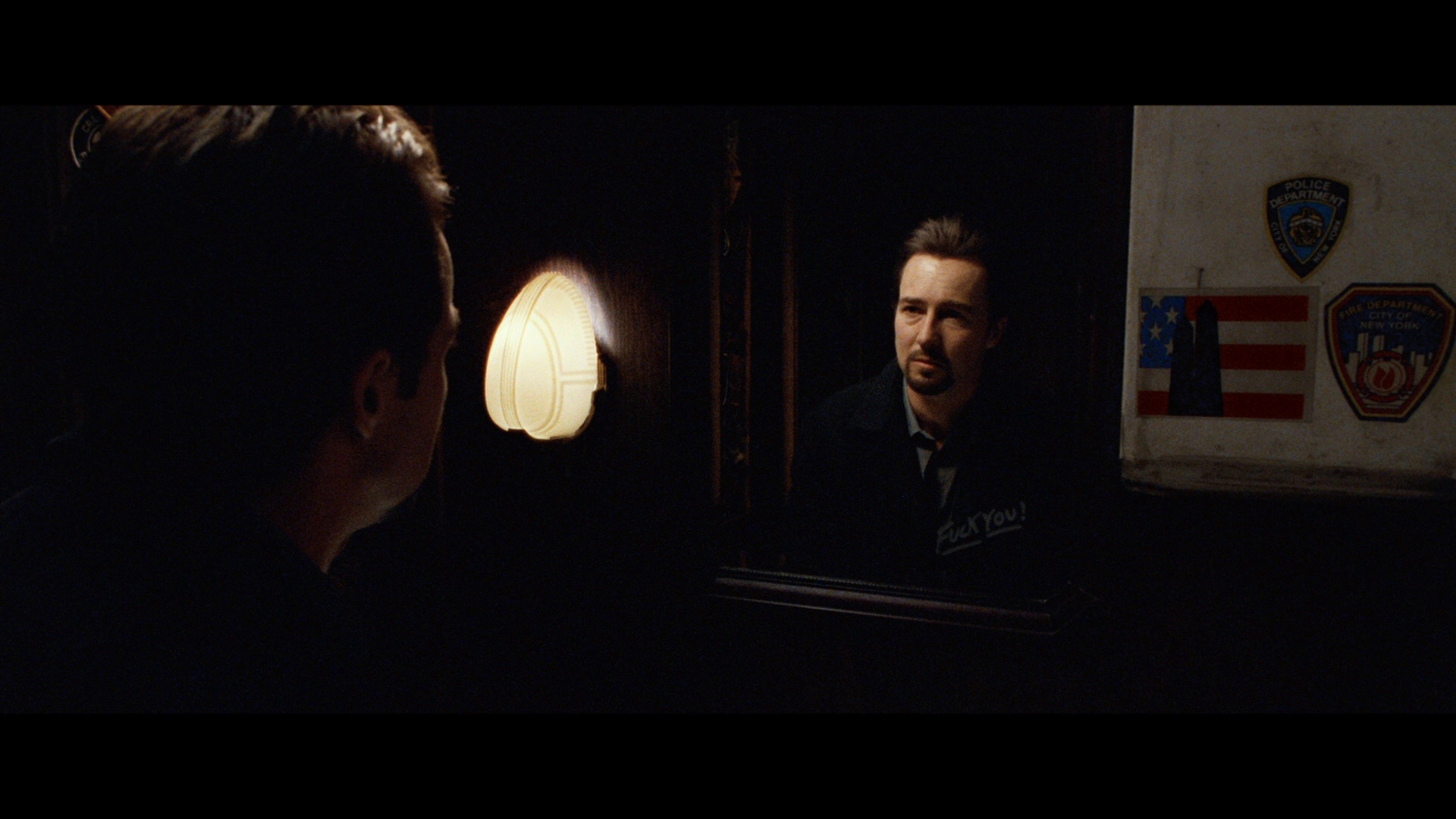 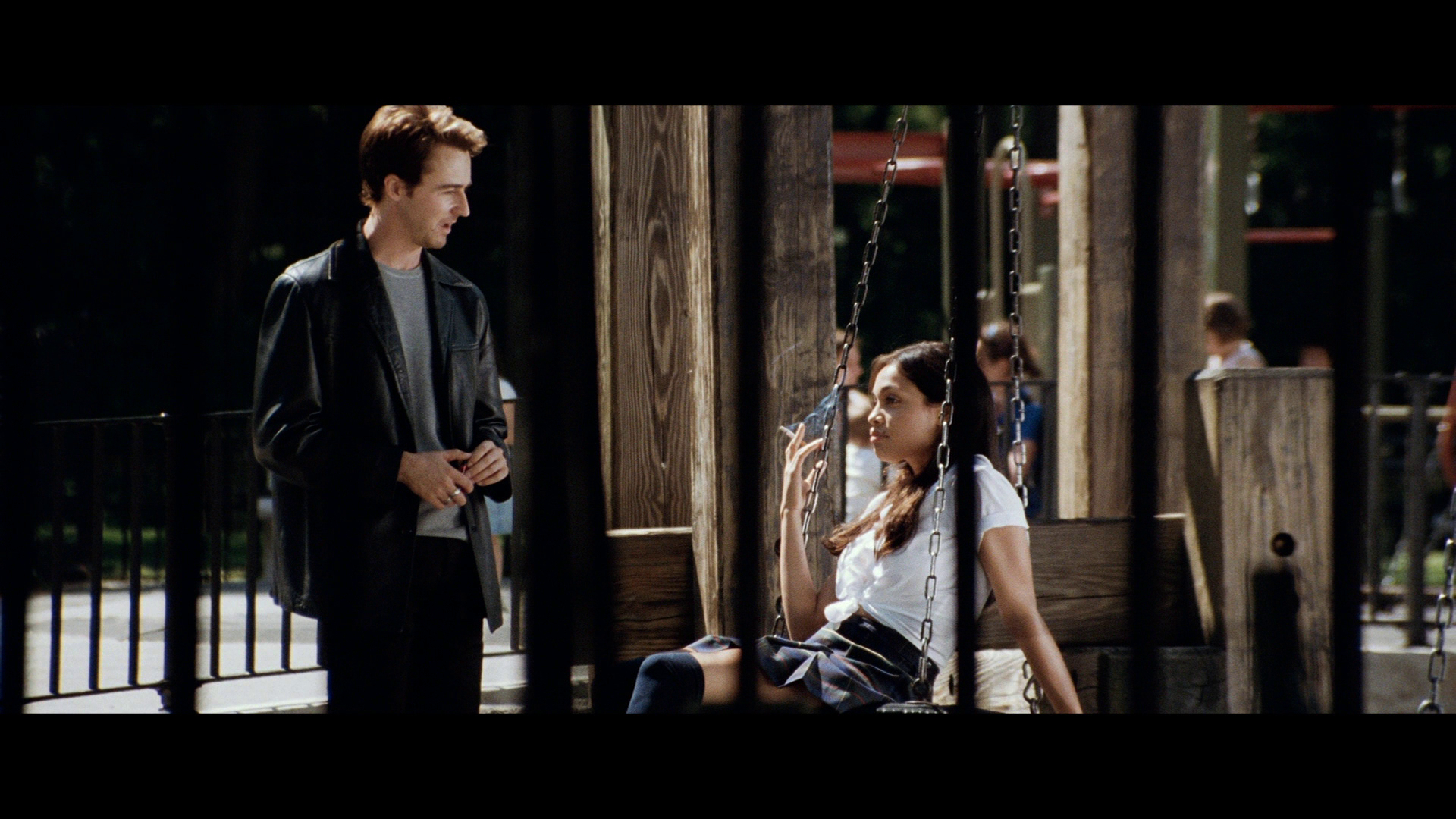 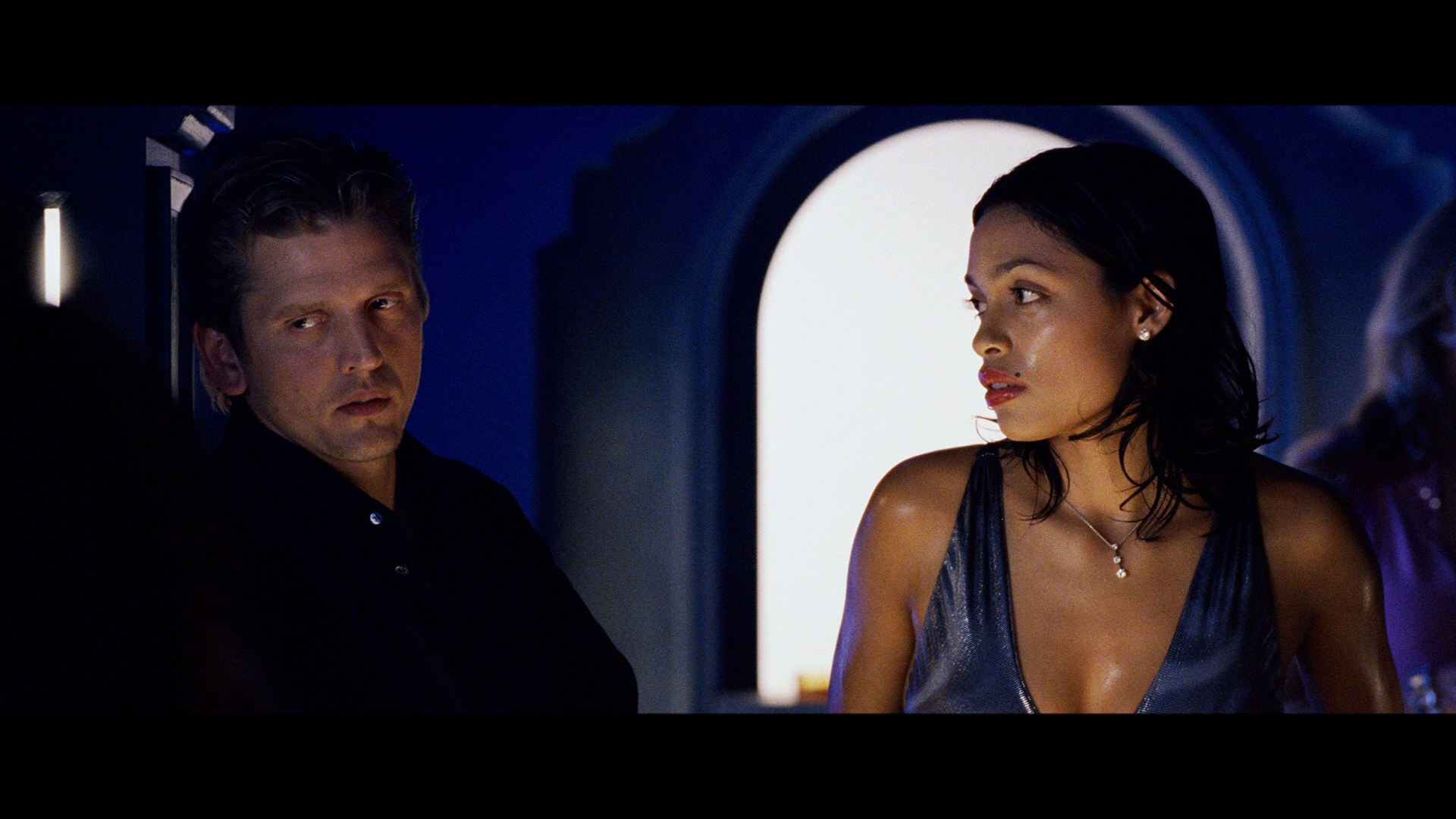 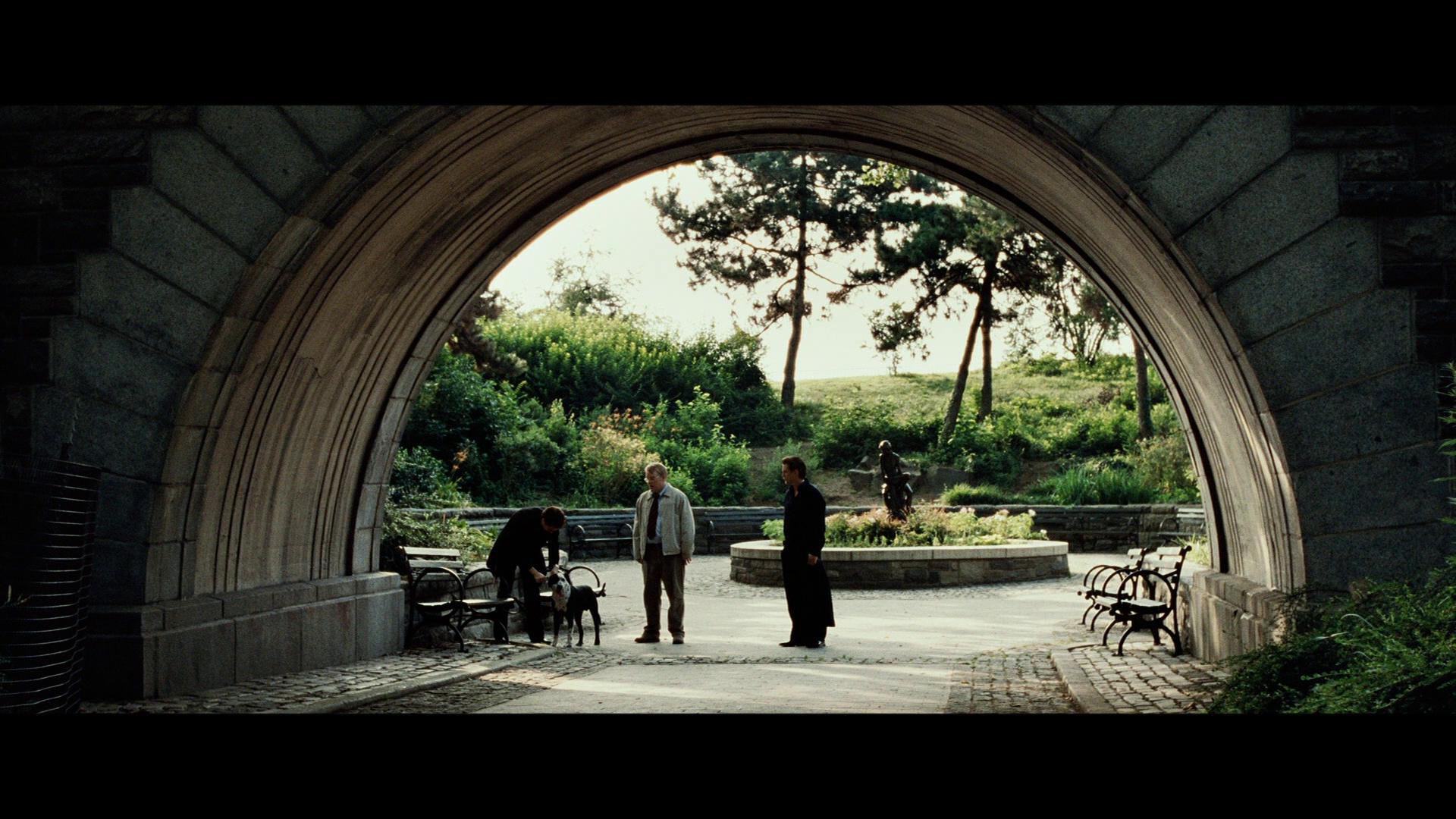 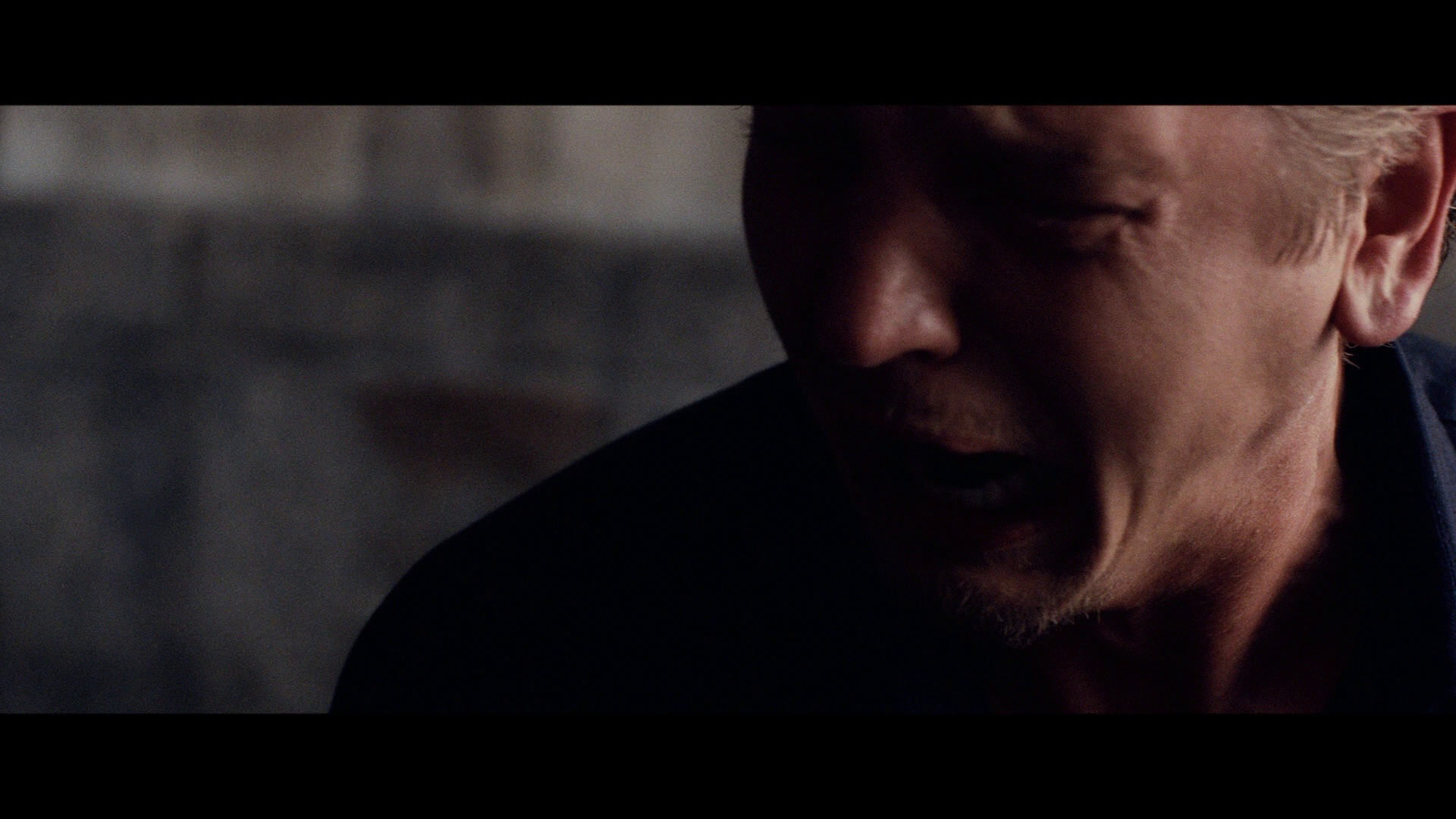 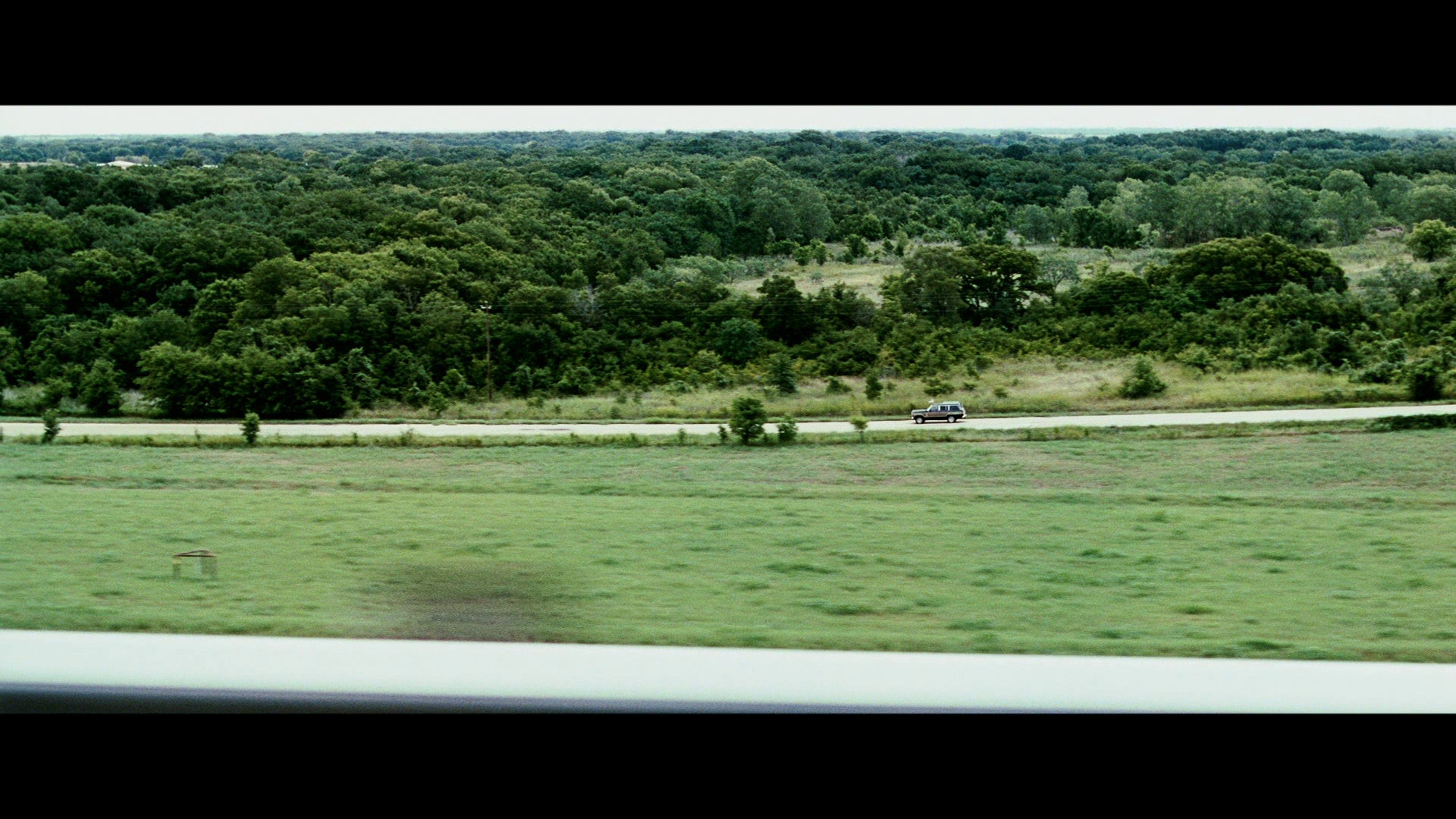 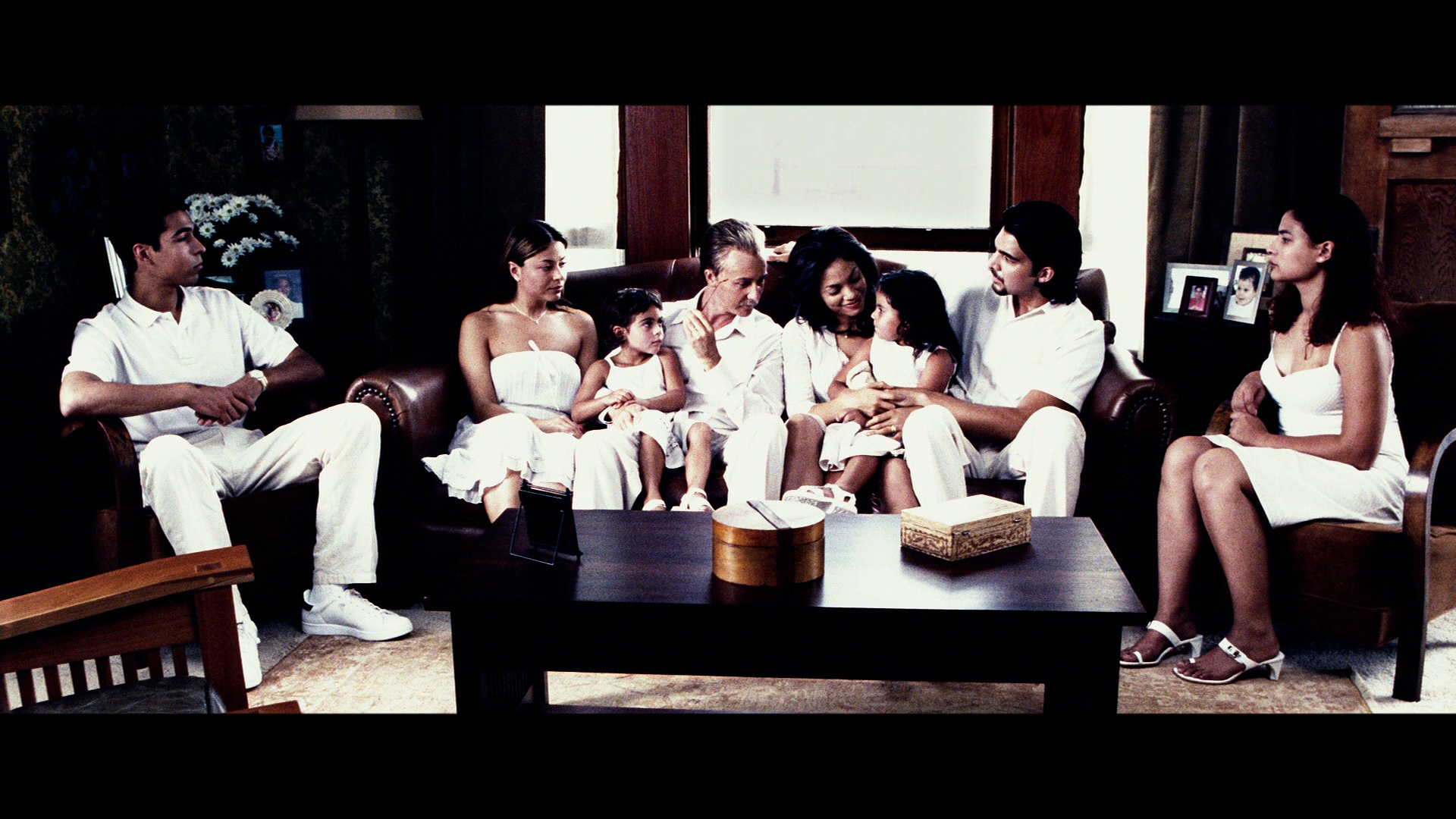 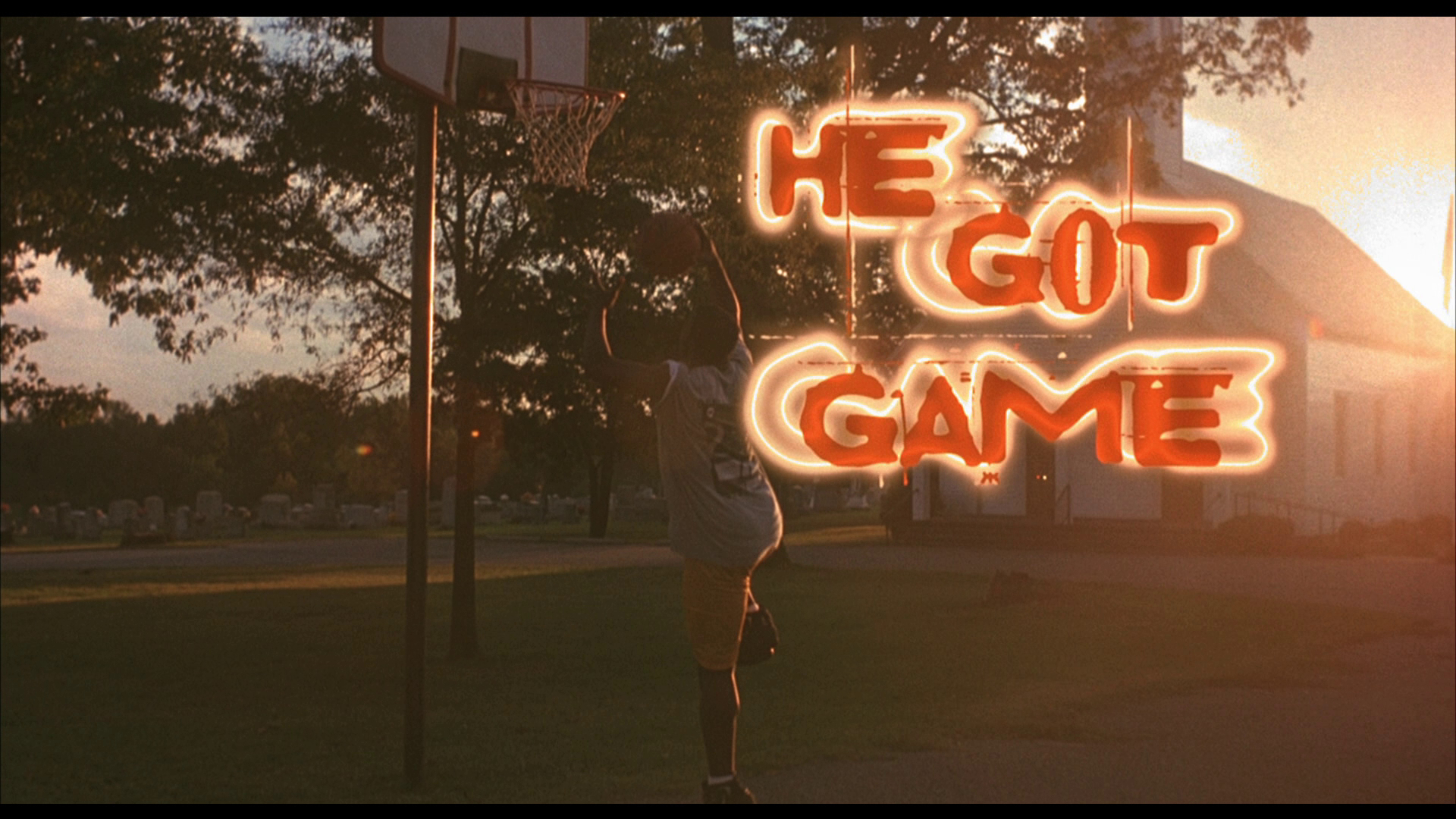 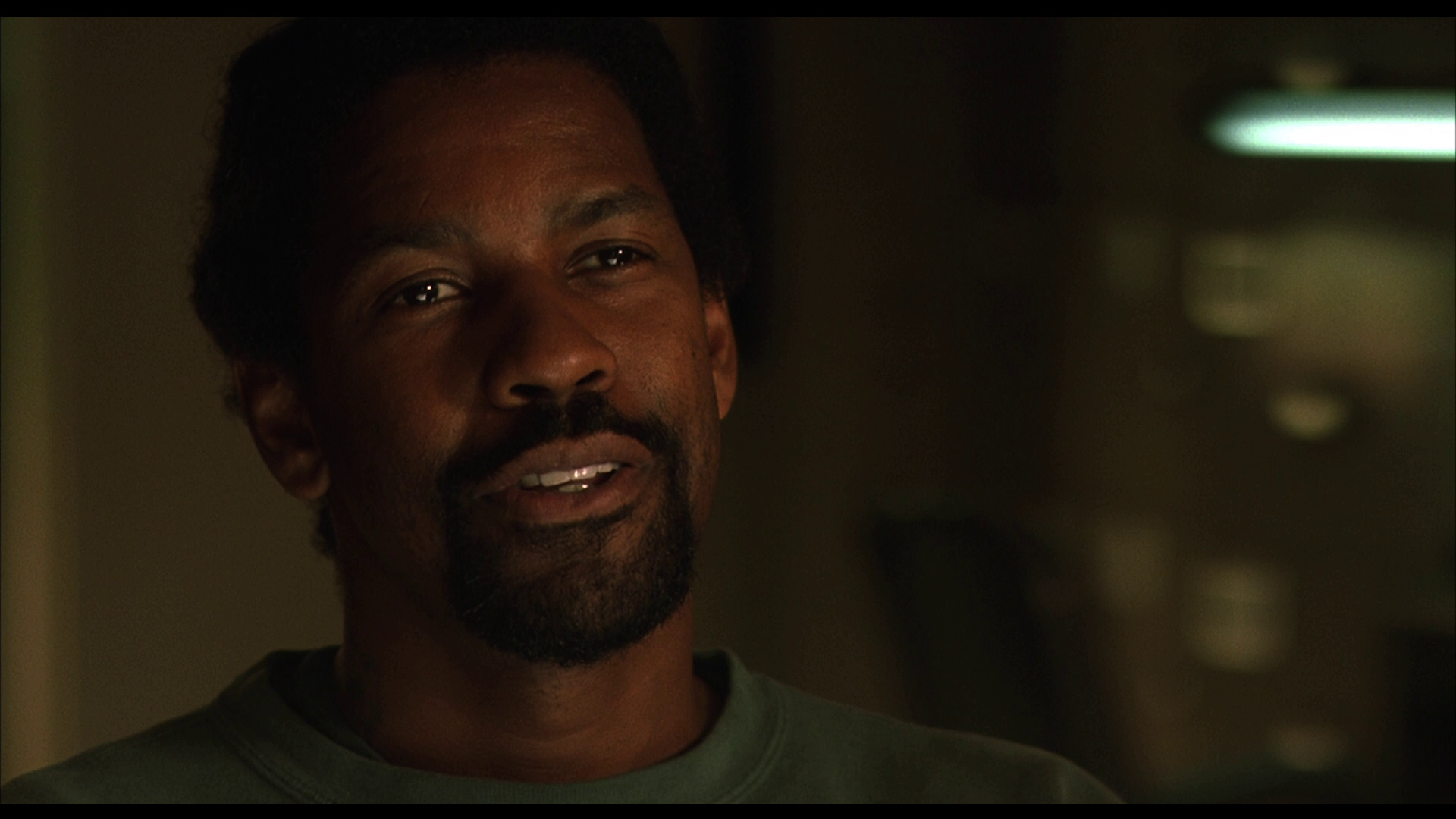 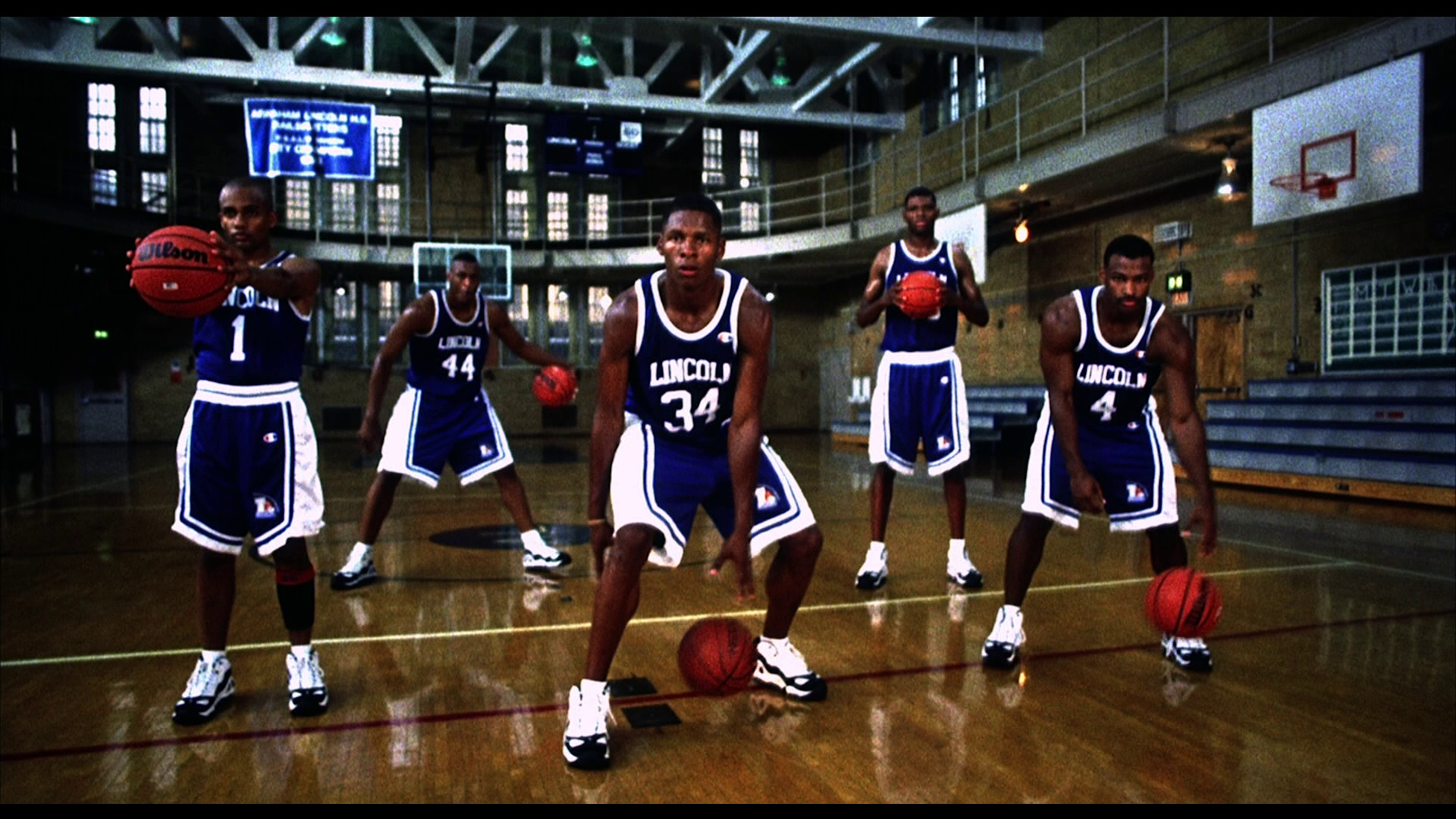 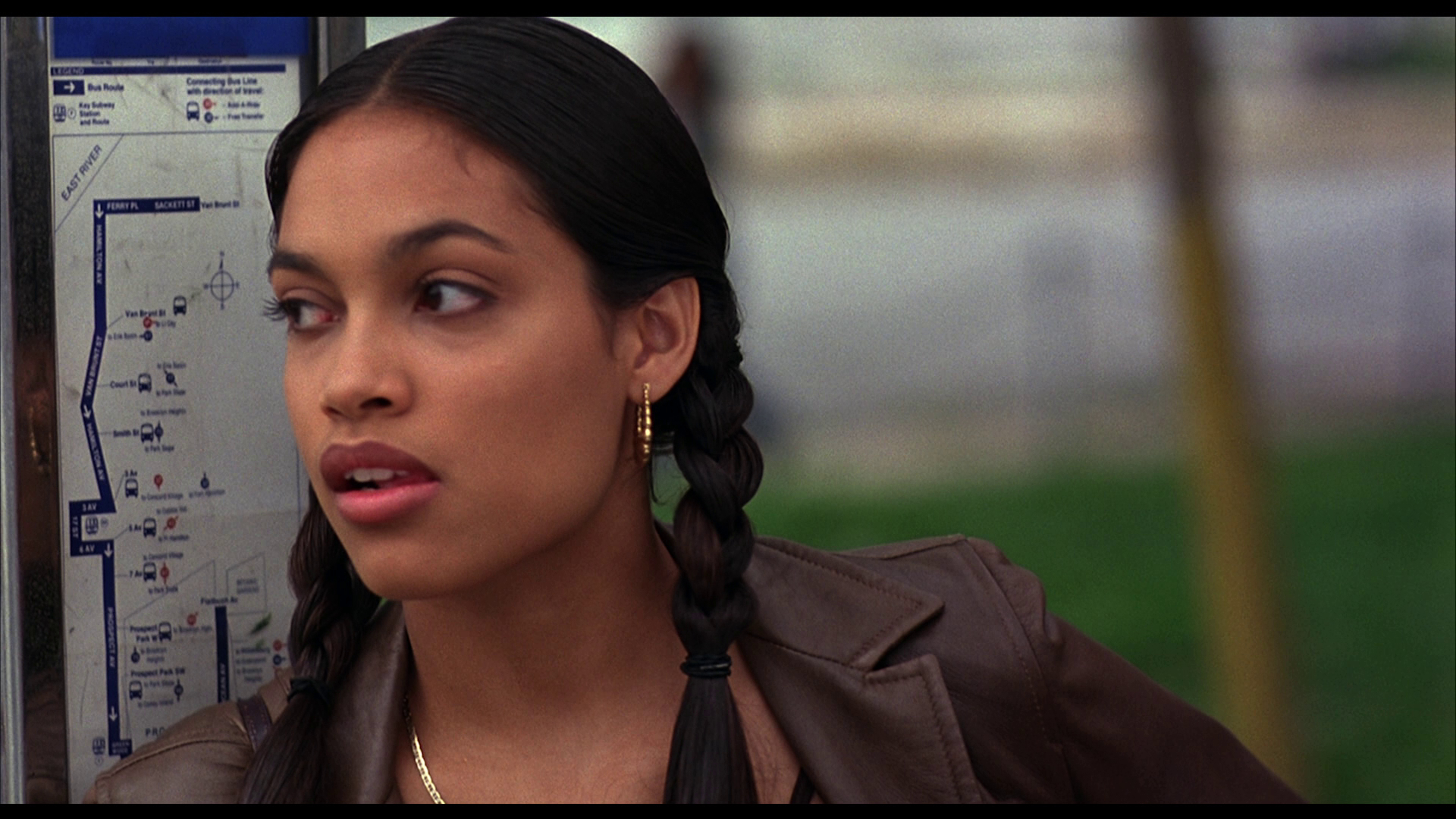 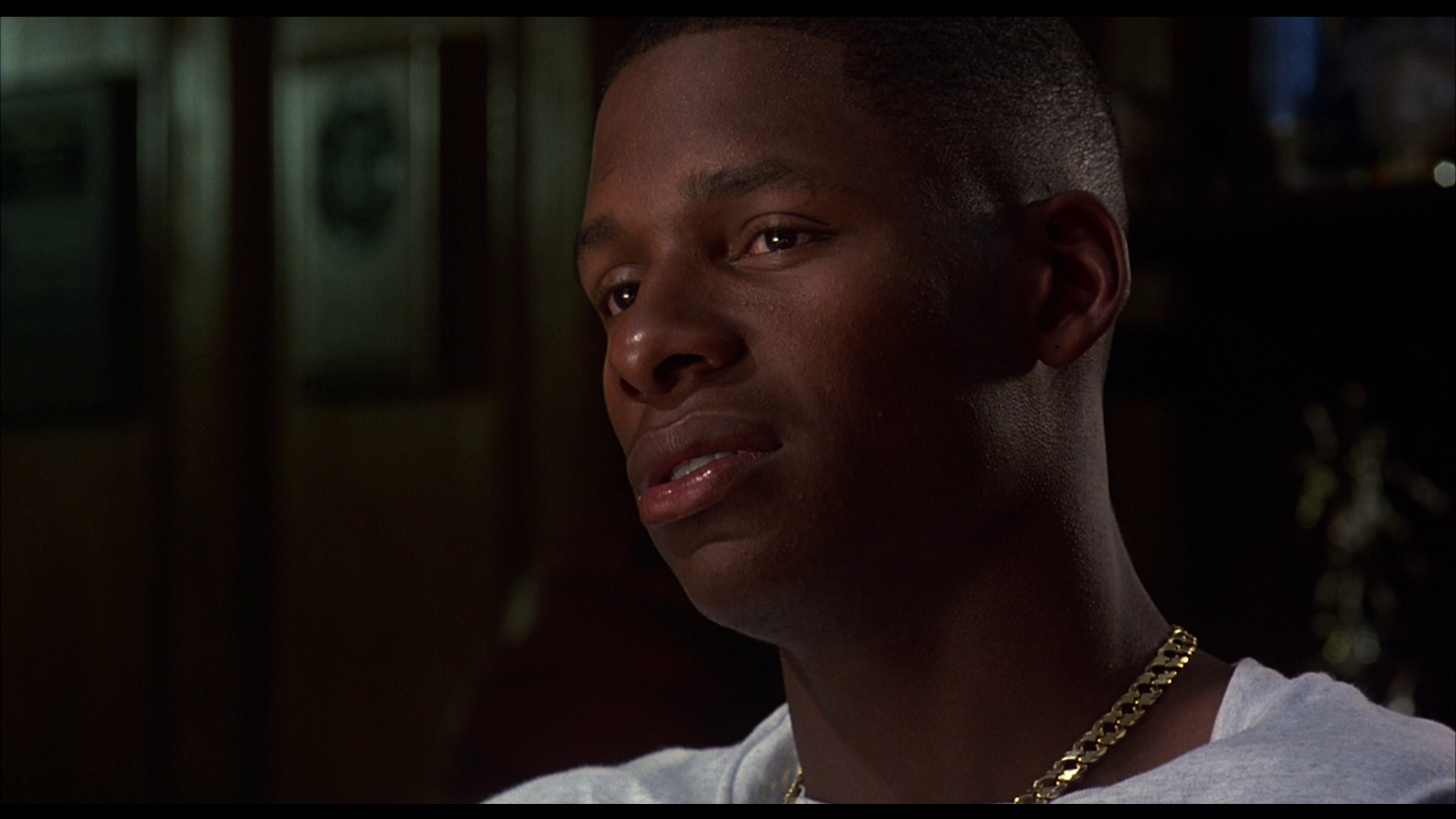 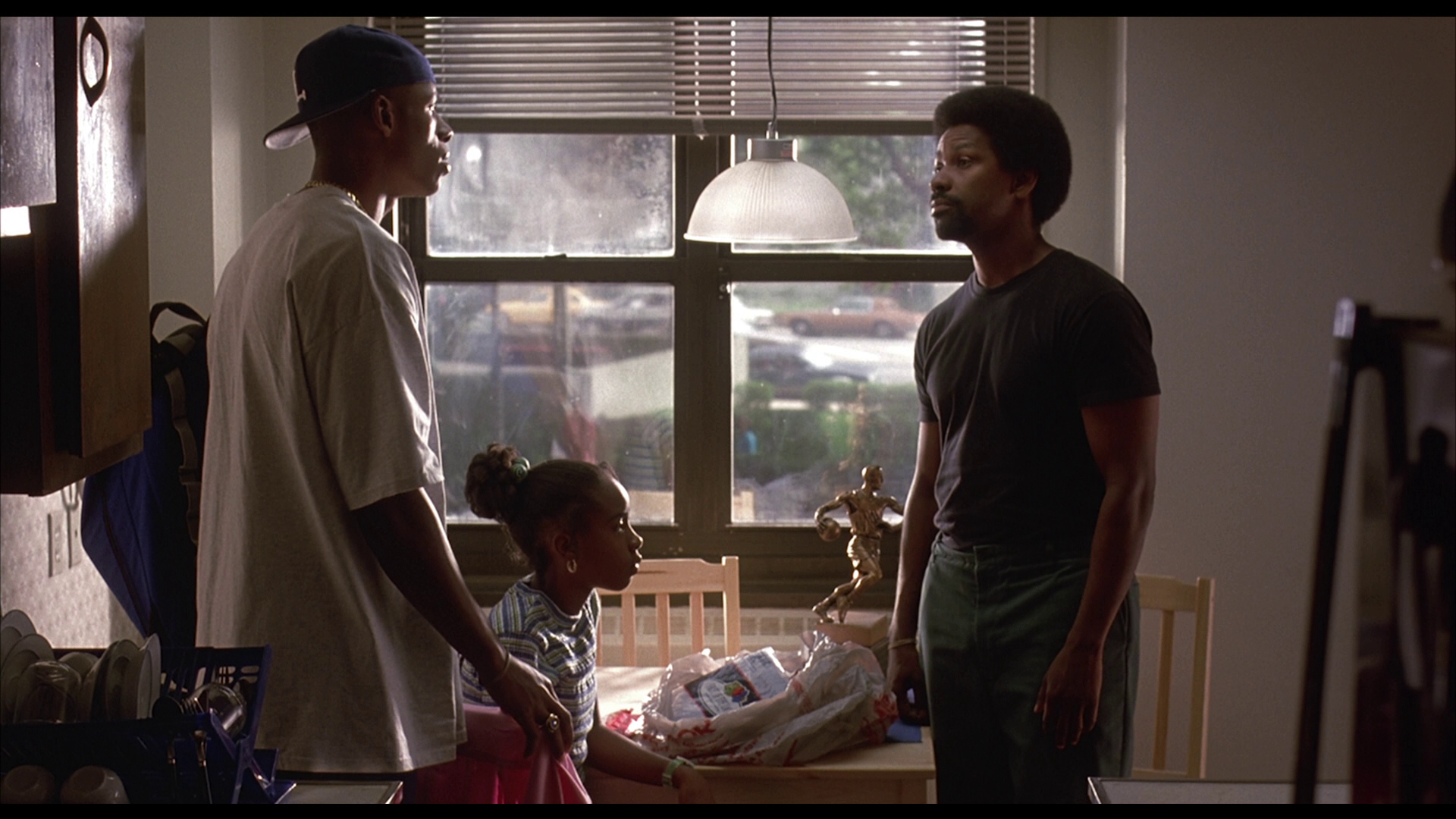 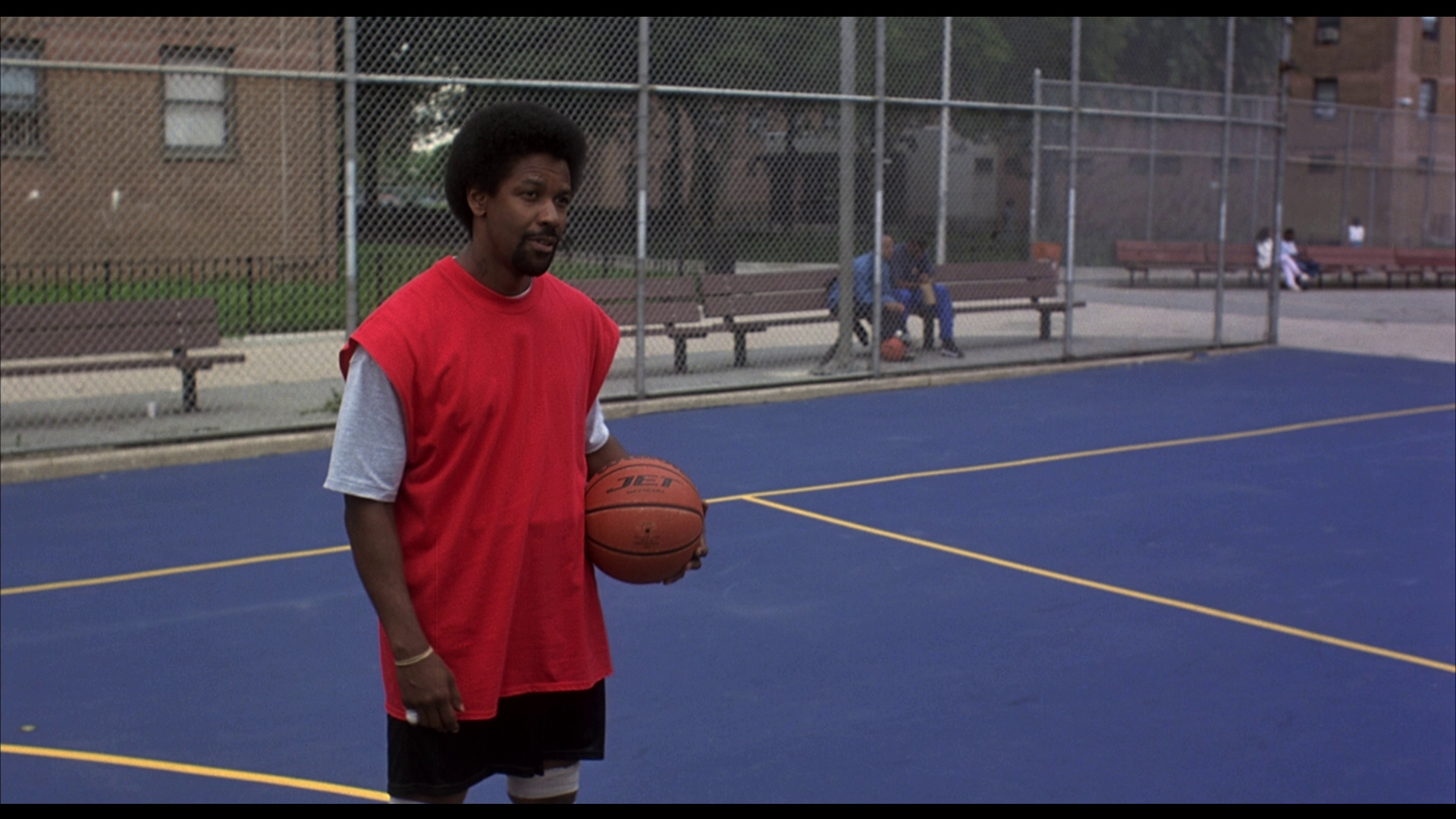 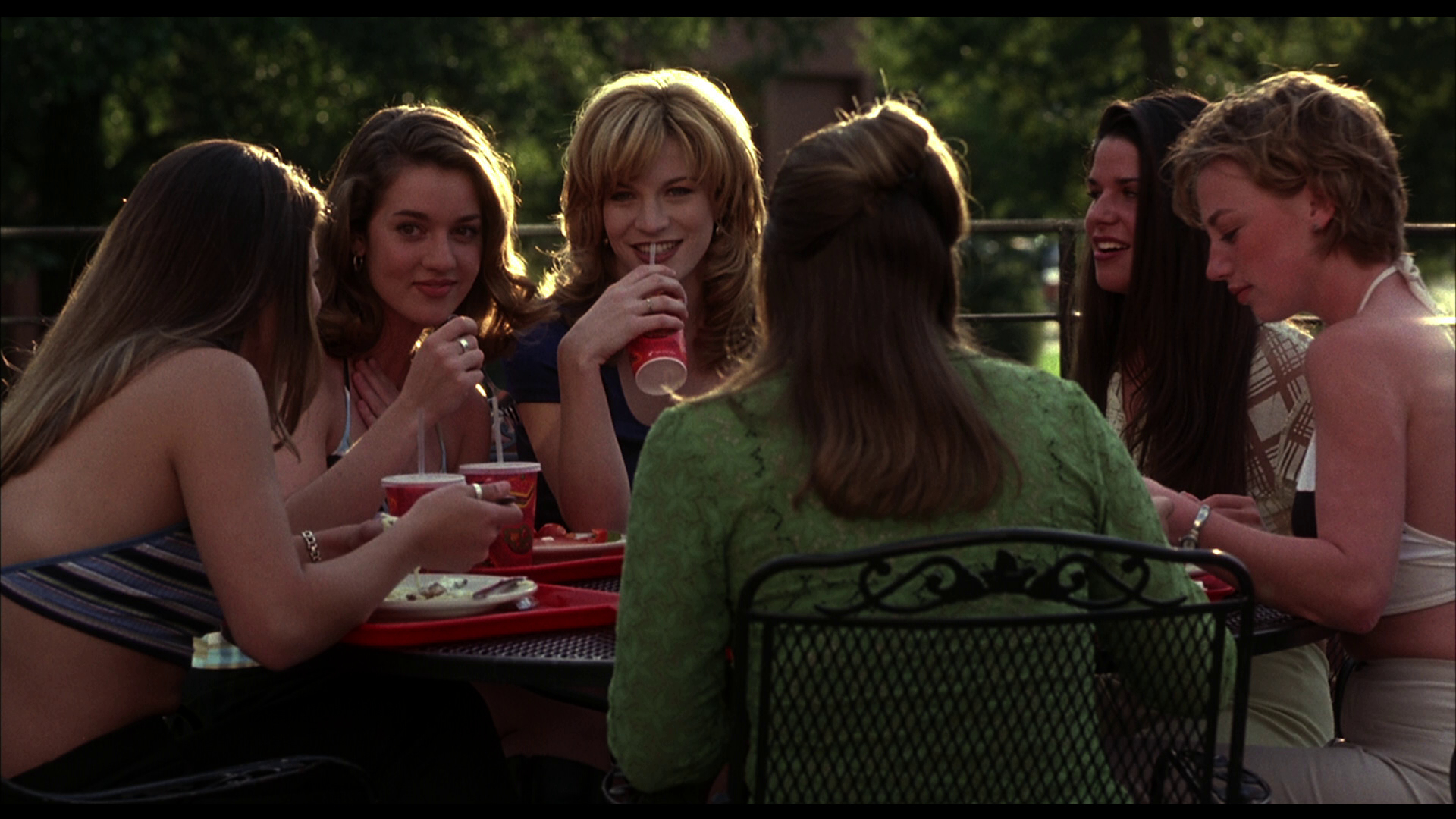 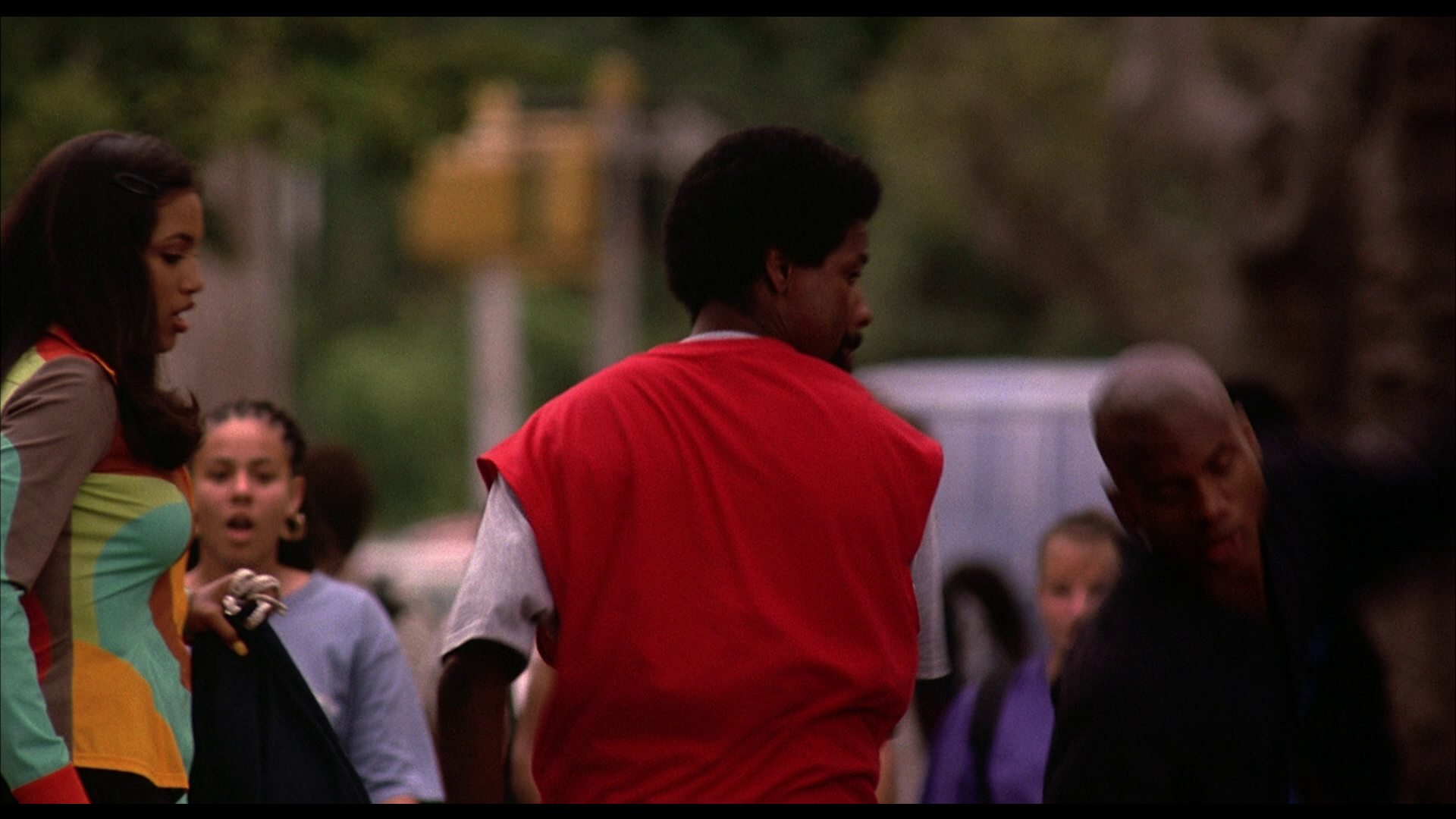 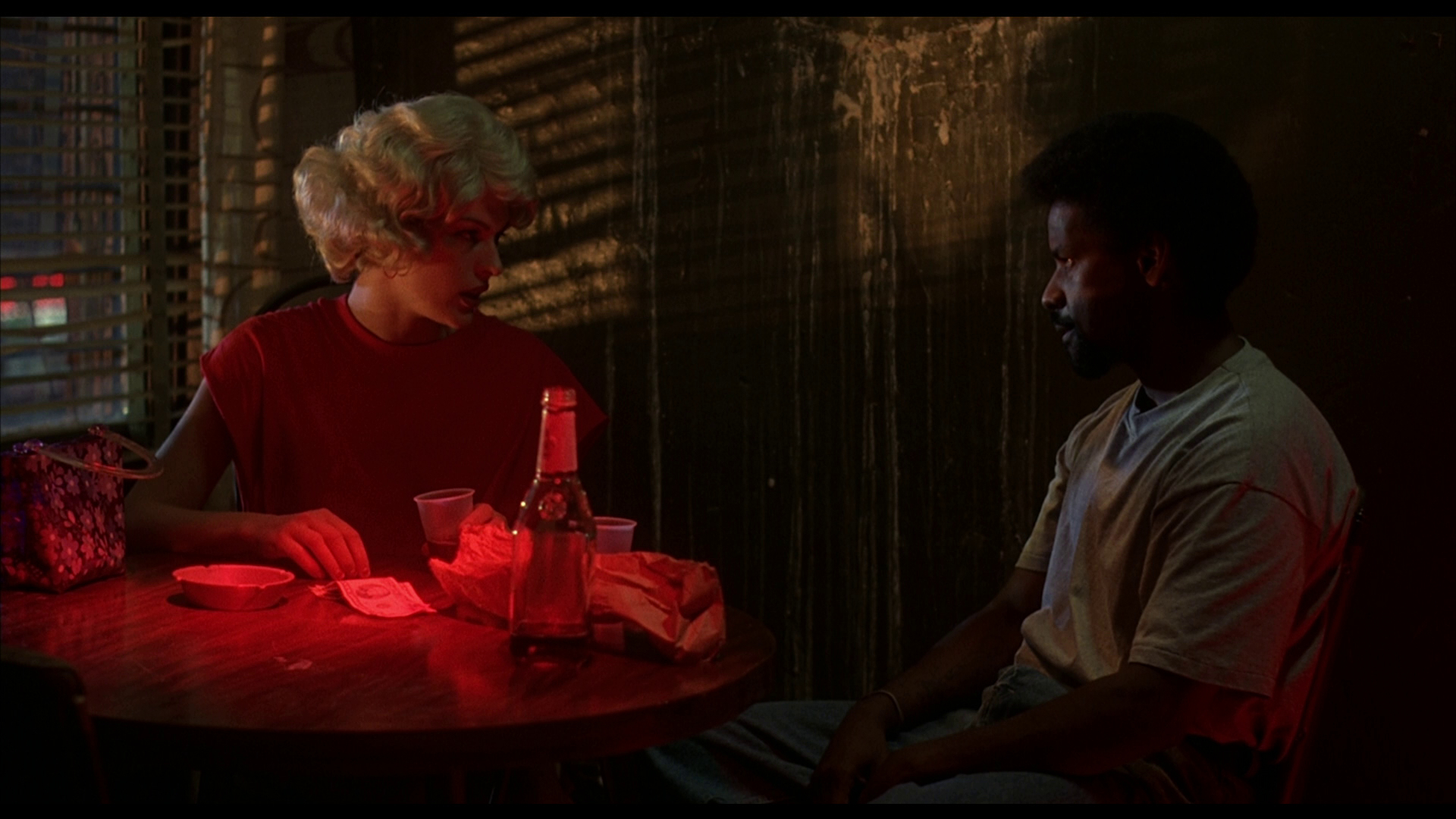 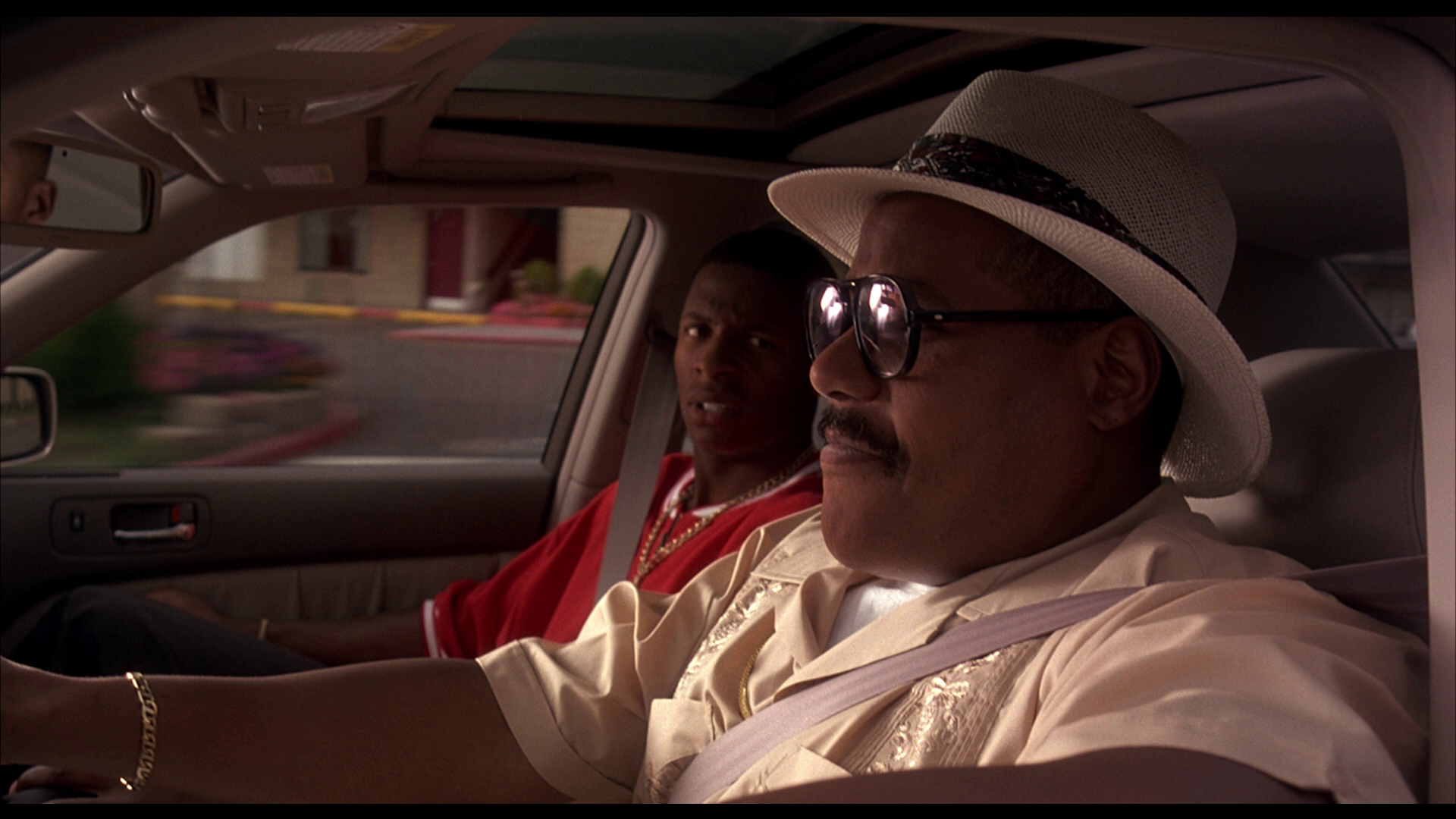