While the debate around the World Cup after the United States' inevitable elimination every four years switches from essentially "What happened?" to "What can we do to make it better?" one of the things that is slowly developing roots is the Homegrown System within Major League Soccer. Put simply, an American MLS team identifies a player as a youth and said youth trains with the senior team and rises through the ranks both in age group and expertise, in the hopes of playing for the senior team. In The Class of ‘92, we see the fruits of such labor in startling form.

The documentary film looks at the career of six players who rose their way through the Manchester United system, en route to winning the Youth FA Cup (for English teams) in 1992, and those players eventually were part of a first team squad that won the English Premier League, the FA Cup (English trophies) and the European Champions League trophy, the first such English team to accomplish such a feat. Among the players, international superstar David Beckham, Welsh born and English raised Ryan Giggs, and Paul Scholes, Nicky Butt, and brothers Phil and Gary Neville, the most notable group of the Class of '92. 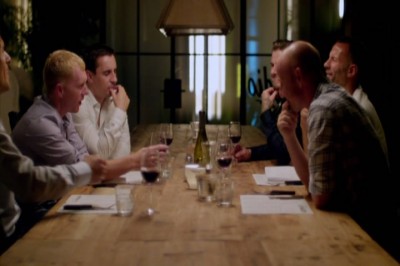 Manchester United manager Alex Ferguson, a proponent of building through the youth system, could not have asked for anything more with that crop, but the youth system of Manchester United flourished under his watch, winning League championships and various domestic competition trophies and restoring the franchise to heights it had not seen in decades. The film interviews Ferguson and the members of the class, and they recall some of the moments each had or one another in their respective moments, such as a key goal Giggs scored in a match against Arsenal.

Along with the players, famous fans of the team such as Danny Boyle (Millions) or even former Prime Minister Tony Blair chime in with their thoughts on the team, along with teammate to many of those players and Man U icon in his own right, Frenchman Eric Cantona. They all talk about their own favorite moments of each as they come up. The club highlights of the Class are covered, and for those of them who played internationally for the England squad and their experiences are covered to some degree as well.

While The Class of ‘92 does fine work in capturing some of the more intimate moments between Beckham, Giggs and the others, the filmmakers tend to portray the class in an incomplete manner. The joviality among the sextet is present in the film, but the film is rigid to its timeframe from 1992 to 1999 and it would appear these apparent decades-old friends just didn't talk after say, Beckham left for Real Madrid and later the Los Angeles Galaxy. It spend an inordinate amount of time on what they did as teammates that the film seems to forget what (if anything) they did as friends on the same team.

It is difficult to look at The Class of ‘92 much past my past experience and fandom with soccer and teams that are not Manchester United, but at times the film comes off as saccharine and not worth the effort. Beckham's red card in 1998 and later Phil Neville's troubles in the 2000 European tournament are flirted with, but it does not seem to go full through with the types of harassment Beckham and Neville had to tolerate. That approach in and of itself is reflective on wanting to try and touch a lot yet not touch that much at all. 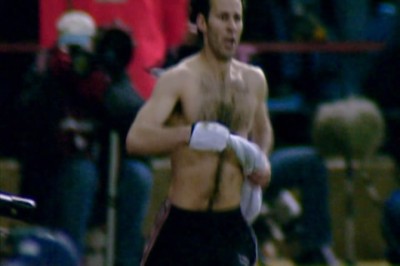 On a higher level, The Class of ‘92 is a decent film which looks at a group of teammates who had been together for a while and recall their times with each other. But it limits itself to the time spent together, on the field. And that is the big drawback for me when it comes to the film. It is a nice look, but it struggles as even a decent 30 For 30 these days. But at least the moments the Class had will stay in posterity I guess.


The Class of ‘92 is presented in 1.78:1 anamorphic widescreen and the results are good. Colors are accurate and vivid without saturation problems, and the many vintage stills and video look good, albeit reformatted. Image detail is decent and the source material is pristine and nary any prolonged blips of edge enhancement or smearing. Things definitely looked good on this puppy.


The Dolby Digital 5.1 surround sound option suits the film fine, all things considered. It does not get a lot of things to do per se. Dialogue sounds clear and the score sounds good, with an occasional hint of channel panning, but no subwoofer involvement to speak of. It also is not immersive of any particularly note, but for what it is supposed to do? Complaint free, honestly.


The disc has something they like to call a making of look at the film (31:35), but it is really just interviewing the filmmakers and some of the non-soccer subjects on their thoughts on the Class of '92, and it is set against some standalone footage of the famous members and the entire Class gets together for a game of six against six.


The Class of ‘92 is a charming look at some of the memorable names in contemporary soccer and they had the fortune of playing together. However, it looks at things from the point of view of six mates who played together a lot, and almost infers that they were not that best of friends. Technically, the show is solid, though the only extra contributes little to the dance. Manchester United fans who have not seen this yet should carve out some time to, that is for sure.