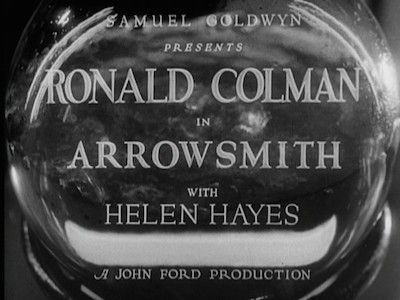 I'm not going to front. I spent a good amount of Arrowsmith's running time trying to perfect my Ronald Colman impression. Like most of my impressions, it wasn't very good. I sounded like a snooty stool pigeon in a Martin Scorsese picture. "You want me to tell you where the serum is? Bubonic plague!"

In between my nasally non-sequiturs, however, I thoroughly enjoyed this 1931 John Ford adaptation of Sinclair Lewis. The whiskey and the added comedy might have helped, sure, but Arrowsmith is a solid, formative drama from one of cinema's masters.

The effortlessly dashing Colman stars as Martin Arrowsmith, a dedicated and sometimes difficult man of medicine and science. Set in the early 20th Century, Arrowsmith follows the noble people's servant as he works his way up the ladder of success, from small town doctor to big city researcher and then off to the wilds of Africa to try to apply his knowledge in the field. Structurally, the script stutters a bit as Arrowsmith moves from here to there, but it's the in-between stuff that makes for the most entertaining. In a way, it's practically three movies in one, with the rural American interlude being the best. There, Arrowsmith settles down with his devoted wife Leora (Helen Hayes, A Farewell to Arms). The good doctor takes some time to find his legs--this is his pattern, he fails at first but never gives up--but there are some charming sequences where the learned man has to figure out how to get along with and help the locals. There is also a bit of heartbreak with sick children and miscarriages that set the bar for reminding Martin what he is striving to achieve. 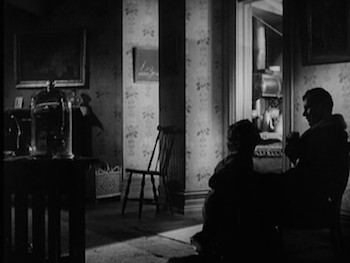 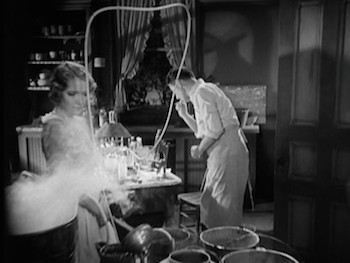 Ford's visual language suffers some of the stiffness of the early sound era, but there is also an audacity to how he packs his frames. He uses the full breadth of the screen, even in a full-frame aspect ratio, placing details left and right, front and back, to best achieve the correct emotional impact. The way Arrowsmith's scientific equipment takes over their small home, in particular, illustrates just how much his work dominates the married couple's lives. When he is feverishly researching, bubbling beakers flank the couple on either side, either physically or as shadows. When Martin is at his lowest, his medical tools are to the left, he and Leora cloaked in shadow all the way to the right, faraway and yet so close.

As Arrowsmith moves on, Ford morphs the film's aesthetic. In the city, Martin works for a fancy clinic. The art deco designs and expansive halls are sterile and isolating. There is more room to roam, but Martin is abstracted. He is not working with actual people. This changes when he goes to Africa. Despite being on the open plains, Ford and cinematographer Ray June (Funny Face) tighten the quarters. Martin is in the thick of it, overwhelmed treating an epidemic. There are also hints of adventure movies. The march of death outside Leora's window is shot in much the same way Ford might shoot a more exotic environment, like if the Arrowsmiths had simply gone on safari. The irony is that Leora's separateness is not keeping her safe, she's the one in a death trap. Throughout Arrowsmith, the more someone locks themselves away, the worse things become for them.

To be sure, Arrowsmith can be a little clunky and unrealistic. I like how there is never any concrete science, and Martin's experiments and procedures are spoken of in only the broadest of terms. Yet, Ronald Colman is so dashing and Helen Hayes so earthy and warm, and Myrna Loy is typically seductive in a bit part later on, the faults barely matter. It's interesting to note that, in terms of numbers, Arrowsmith actually falls right in the middle of Ford's extensive filmography (it's something like 75th out of 145 pictures; Ford had been directing since 1917), arriving as he was becoming fully entrenched in talkies and earning him his first Best Picture nomination at the Academy Awards. Though not amongst his best, it shows him firmly on the way to the filmmaker he'd become. 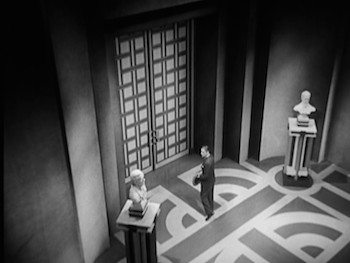 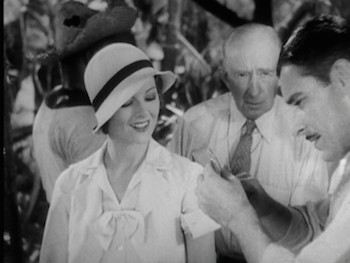 Video/Sound:
The Warner Archive edition of Arrowsmith likely uses the same black-and-white, full frame transfer as on the 2005 MGM release, though the advance in years has also changed our expectations some. The overall image is rather soft, yet always clear and never obscured by damage or dirt. Given the age of the film and that it existed in a shorter version over the years, in many cases the lesser quality sequences are a result of a lack of better source material.

The mono soundtrack is in decent shape with only a slight tinniness, and no glaring pops or hiss.

FINAL THOUGHTS:
Recommended. Though overly dramatic with some stumbles here and there in terms of narrative cohesion, John Ford's 1931 Sinclair Lewis adaptation Arrowsmith is a solid vehicle for star Ronald Colman. The handsome actor stars as a struggling, well-meaning doctor looking to be a "hero of health." His journey takes him from the American Midwest to New York City and on to Africa, each step making him a better doctor and, ultimately, a better man. With excellent supporting performances from Helen Hayes and Myrna Loy, Arrowsmith's visual gumption and genuine sincerity make for a winning production. 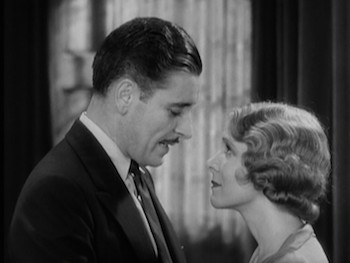 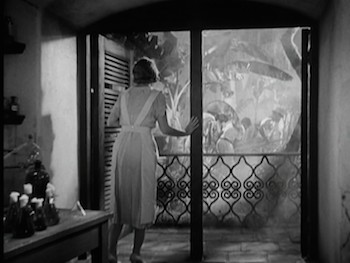