Eurocrime! The Italian Cop and Gangster Films That Ruled the 70s 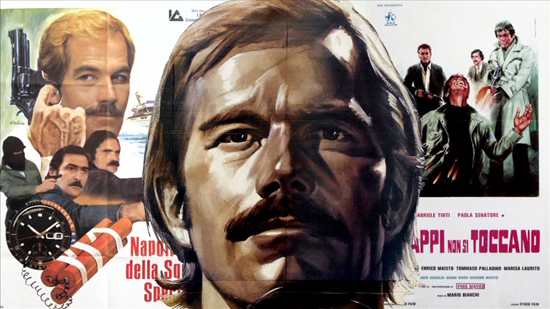 Most Americans don't know it, but Italy's cinemas were filled with rogue cops, vigilante ex-mobsters and vengeful regular-guys back in the '70s. The pulpy, sexy documentary Eurocrime! The Italian Cop and Gangster Films that Ruled the '70s is here to uncover it all for you with a comprehensive look at one of the era's wildest scenes.

When it comes to thoroughly covering its subject, Eurocrime! is like an enormous bowlful of spaghetti with meatballs - sloppy but good. The movie delves into the A to Z of the "poliziotteschi" movement, in which Italian screens were flooded with native-made imitations of gritty American cop dramas like The French Connection, Dirty Harry and Death Wish. Director Mike Malloy structures it like a film school primer, with segments divided into textbook-like chapters and stories visualized with chalkboard demos and animations as crude as the films being discussed. Although it's overlong and crudely made, Malloy manages to make it fascinating by focusing on bemused, appreciative first-hand accounts of the actors, directors and behind-the-scenes folk who originally participated in these flicks. Thankfully, he doesn't take the easy route and rely on analysis from hipster film critics, a move for which I am compelled to kiss his pinky ring in appreciation.

Prior to viewing Eurocrime!, the only aspect of Italian '70s cops movies I was familiar with came via soundtrack compilations from composers like Ennio Morricone and Stelvio Cipriani, who gave some polish to these gritty, low-budget productions. Eurocrime! packs its 127-minutes with just about everything one would want to know about this genre (ironically, the soundtracks are never discussed). Poliziotteschi films took off with Italians for a variety of reasons. Unlike the spaghetti Westerns and sword-and-sandal flicks that preceded them, crime dramas were easy to copy (to demonstrate, a chase scene The French Connection is shown alongside a nearly identical Italian re-do), cheap to quickly crank out, and a safe bet for a large, entertainment-starved audience who already knew what criminals could do (one word: Mafia). At their best, what the poliziotteschi movies offered was a wilder, more stylized version of what Hollywood was doing - the violence was more theatrical, the heros more macho, the women sexier (and beaten up more often), the stunts more dangerous, the zoom shots more zoomy.

Because they were so widely seen in Europe (but not in the U.S.), the poliziotteschi films attracted lots of non-Italian actors - this is where Eurocrime! excels. Among the Americans who heeded the call were imposing character actor Henry Silva, ex-teen idol John Saxon, ruggedly handsome Richard Harrison, blaxploitation star Fred Williamson, former Warhol superstar Joe Dallesandro, and Robert Mitchum's thespian son, Chris. All of these men are interviewed for the film, sharing reminiscences (along with Italians Franco Nero and Antonio Sabato and France's Luc Merenda) of dealing with eccentric directors, frantic pacing, funny culture clashes, and dangerous situations (most of the actors did their own stunts to prove their own machismo). Despite the often shoddy, routine movies that came out of it, the doc makes it appear as if they were a blast to film.

While Eurocrime! The Italian Cop and Gangster Films that Ruled the '70s is clearly a labor of love on the makers' parts, it's too lengthy to wholeheartedly endorse. The abundance of silly graphics and humor implies that the film is geared towards a casual "bro" grindhouse-lovin' crowd, athough its length and thoroughness would likely turn off those same viewers. Despite the original films' total cheesiness, though, the filmmakers treat the subject with a lot of respect. Clips from the movies being discussed are liberally shown, although the fact that they're rarely presented in a straightforward way (mostly they're shrunk down, cropped and overlaid with text) may infuriate some purists. With more selective editing and professional-looking graphics, Eurocime! could have been an amazing, tight doc. Instead, it ends up being a heartfelt, fascinating yet sprawling, exhaustive ride. 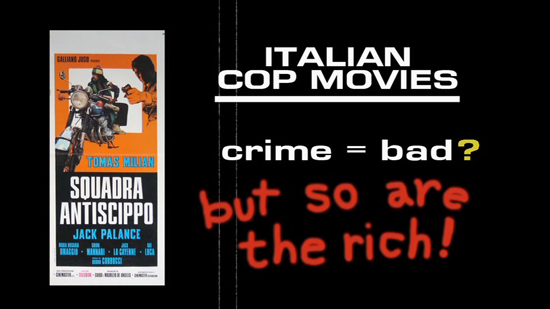 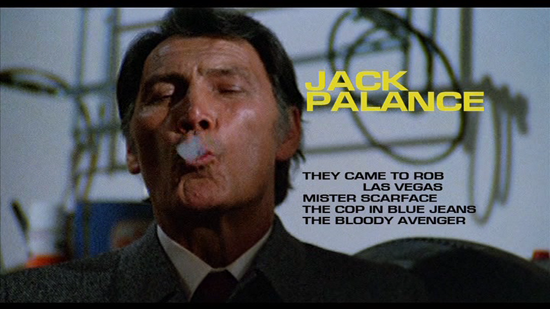 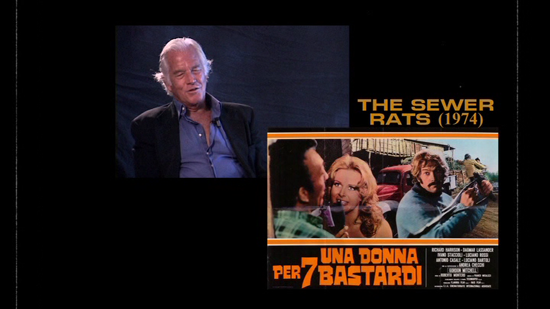 Cinema Epoch's DVD edition of Eurocrime! sports an image which would best be described as "mixed." The interview footage is digitally shot, often with an artifical, overly compressed look, although the cheapness of the interview footage is mitigated by shrinking it down and surrounding it with an ever-present "scratched film" digital effect. The color and depth on the poster imagery and animation come across decently, however. Film clips are predictably muddy and drained of color (that's likely why they're never seen full-screen), although the mastering looks OK.

A single stereo soundtrack is supplied on the disc, a decently mixed effort that keeps the participants' voices and the film clips on an even level, while the music track is pitched somewhat louder. No optional subtitle tracks are provided (the Italian speakers' subtitles are burned into the image).

Since the filmmakers couldn't secure an interview with frequent Italian cop drama star Tomas Milian in time for the final cut of Eurocrime! 15-minute interview with the Cuban-American actor is supplied as a DVD extra. In addition, two Deleted Sequences totalling seven minutes supply some additional background info. A Trailer and a poster montage of other DVDs from Cinema Epoch round out the extras.

'70s cinematic cheese aficianados, get ready to geek out. Eurocrime! The Italian Cop and Gangster Films that Ruled the '70s serves as an informative, detailed tour through an overlooked film genre - the Italian crime drama. With over two hours of idle chat embellished with shoddy computer-generated effects, it could have been a whole lot leaner and more professional. An abundance of first-hand accounts from most of scene's heavy hitters makes it an invaluable chronicle of one of wilder episodes from Italian cinema, though. Recommended. 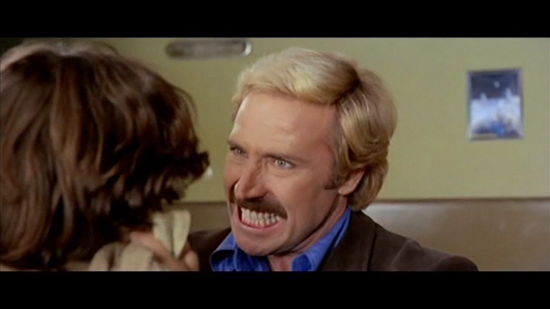 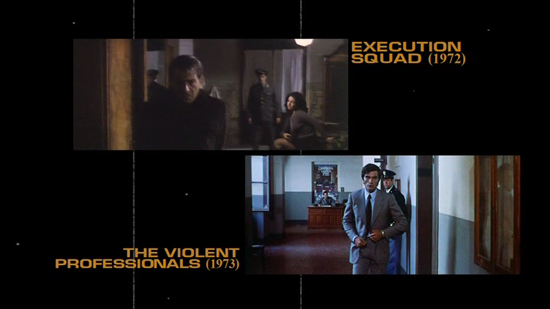