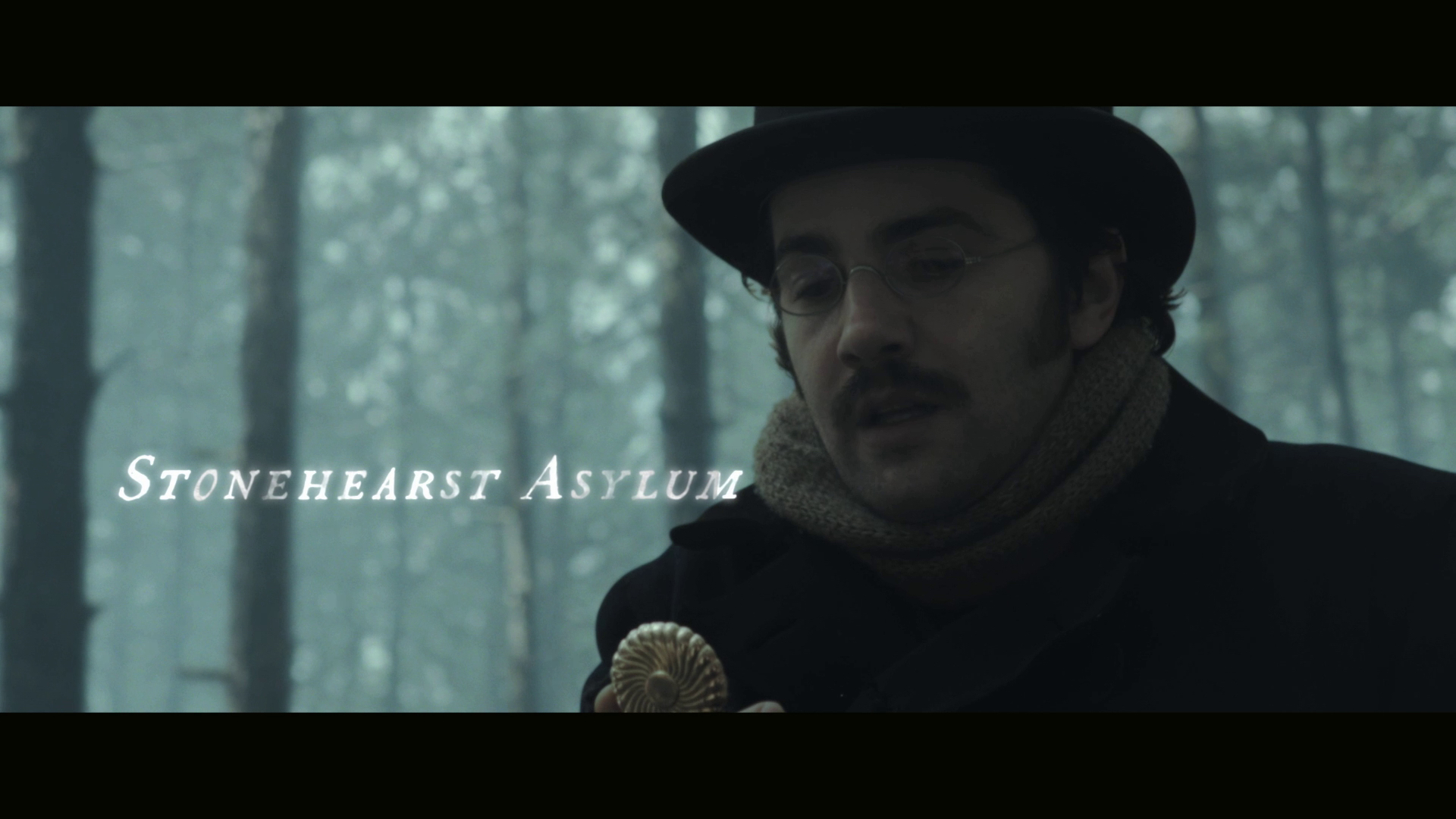 Director Brad Anderson's (The Machinist, The Call) clumsily titled Stonehearst Asylum is based on Edgar Allen Poe's short story "The System of Doctor Tarr and Professor Fether." Short stories tend to make narratively challenged feature films, and Anderson draws out the material to a very long 112 minutes. The total lack of buzz for this project is surprising given the stellar cast, which includes Kate Beckinsale, Jim Sturgess, David Thewlis, Brendan Gleeson, Ben Kingsley and Michael Caine, but the material might have worked better in a shorter format. The film is handsomely shot, but nothing on screen overcomes the dismal pacing and general lack of excitement.

Doctor-in-training Edward Newgate (Sturgess) travels from Cambridge Medical School to Stonehearst Asylum for his clinical, and meets brusque head physician Silas Lamb (Kingsley). The Victorian medical techniques used on the patients runs the gamut from revolutionary to barbaric, and Newgate quickly is thrown to the wolves as an attending physician. He meets beautiful ward Eliza Graves (Beckinsale), who tried to murder her husband, and wonders whether she and some of the other patients should be locked away in the asylum. The film is most interesting in its depiction of the late 19th century medicine, including electroshock therapy, that robbed patients of their dignity and sanity. 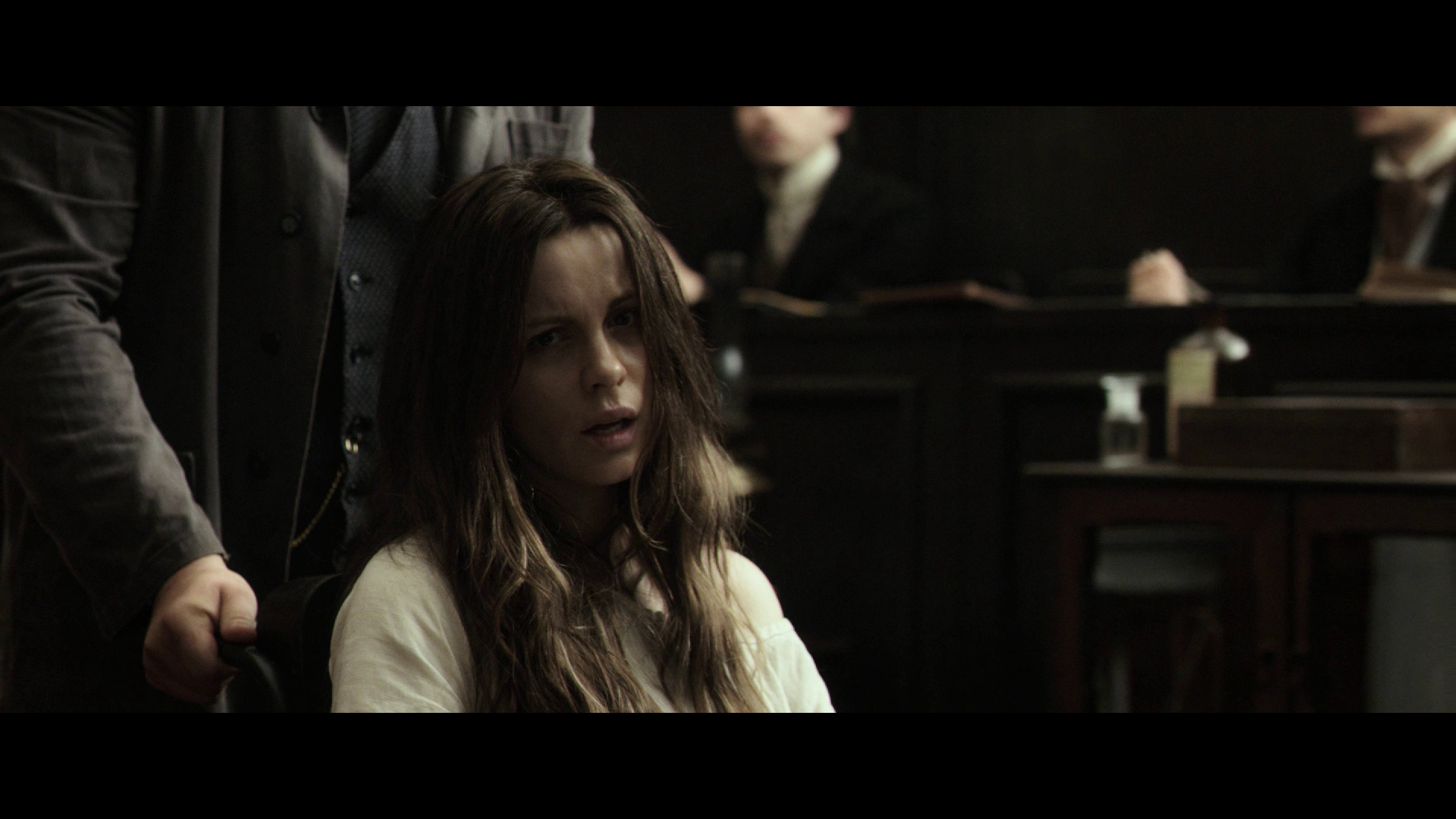 Anderson continues to follow-up breakthrough The Machinist with serviceable but unremarkable thrillers, and I label Stonehearst Asylum his least interesting film to date. There just is not enough intrigue here to warrant a feature film. The plot's twists and turns are heavily forecasted and easy to spot, and the ins and outs of Stonehearst Asylum are fairly transparent. The film unspools like an elaborately costumed stage production, and dismisses almost all the dark humor of Poe's short story. The macabre cruelty of now-archaic medicine is an interesting backbone to a story that never shows it has a spine.

The acting is adequate across the board, with Beckinsale and Sturgess getting most of the attention. Kingsley has been reduced to much overacting and gesticulating of late, and Stonehearst Asylum does not break this trend. Caine shows a glint of caddish roguery, but his character is soon hushed by the powers that be. Anderson has an eye for framing, and is competent when using natural lighting. The creaky, dreary mise-en-scene works but never immerses, as if the production crew was limited to a very small number of sets. Anderson does not nail the pacing here, either, and the film drags on well into the second hour. Stonehearst Asylum is a pretty but curiously dull disappointment. 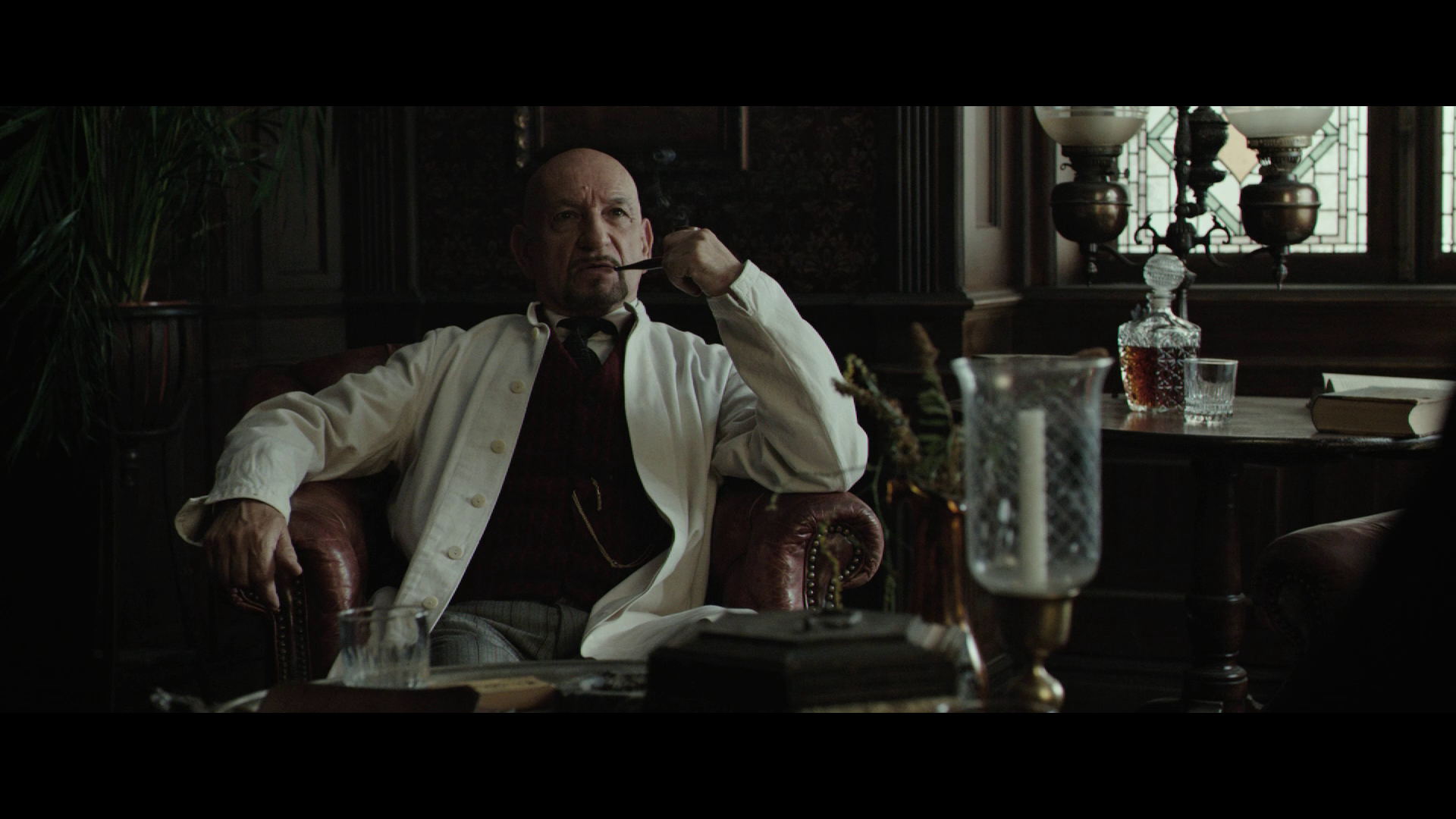 The 2.40:1/1080p/AVC-encoded image is mostly good, but I did spot a couple of problems. The main issue is jagged edges, which I noticed in a number of scenes early on. Check out the aliasing and jaggies by the faces and fabrics during the opening lecture scene. Otherwise, the film has a softer appearance to replicate the period, but fine-object detail is still good. Skin tones are accurate and colors appropriately saturated. Black levels are strong and shadow detail is impressive.

The 5.1 DTS-HD Master Audio mix replicates the mostly restrained sound design well. Dialogue, effects and score are balanced appropriately, and both range and clarity are good. The surrounds are used occasionally for ambient effects. English SDH and Spanish subtitles are included.

This single-disc release from Millennium comes in a standard Blu-ray case that is wrapped in a slipcover. The only extra is a short Making-Of Featurette with interviews from the cast and crew.

Considering the film's pedigree - director Brad Anderson; a stellar cast; Edgar Allen Poe inspiration - it should be better. Stonehearst Asylum is a rather dull thriller whose twists and turns are hardly a surprise. The film struggles with a thin narrative, and the outdated Victorian medical procedures provide the only glints of excitement. Skip It. 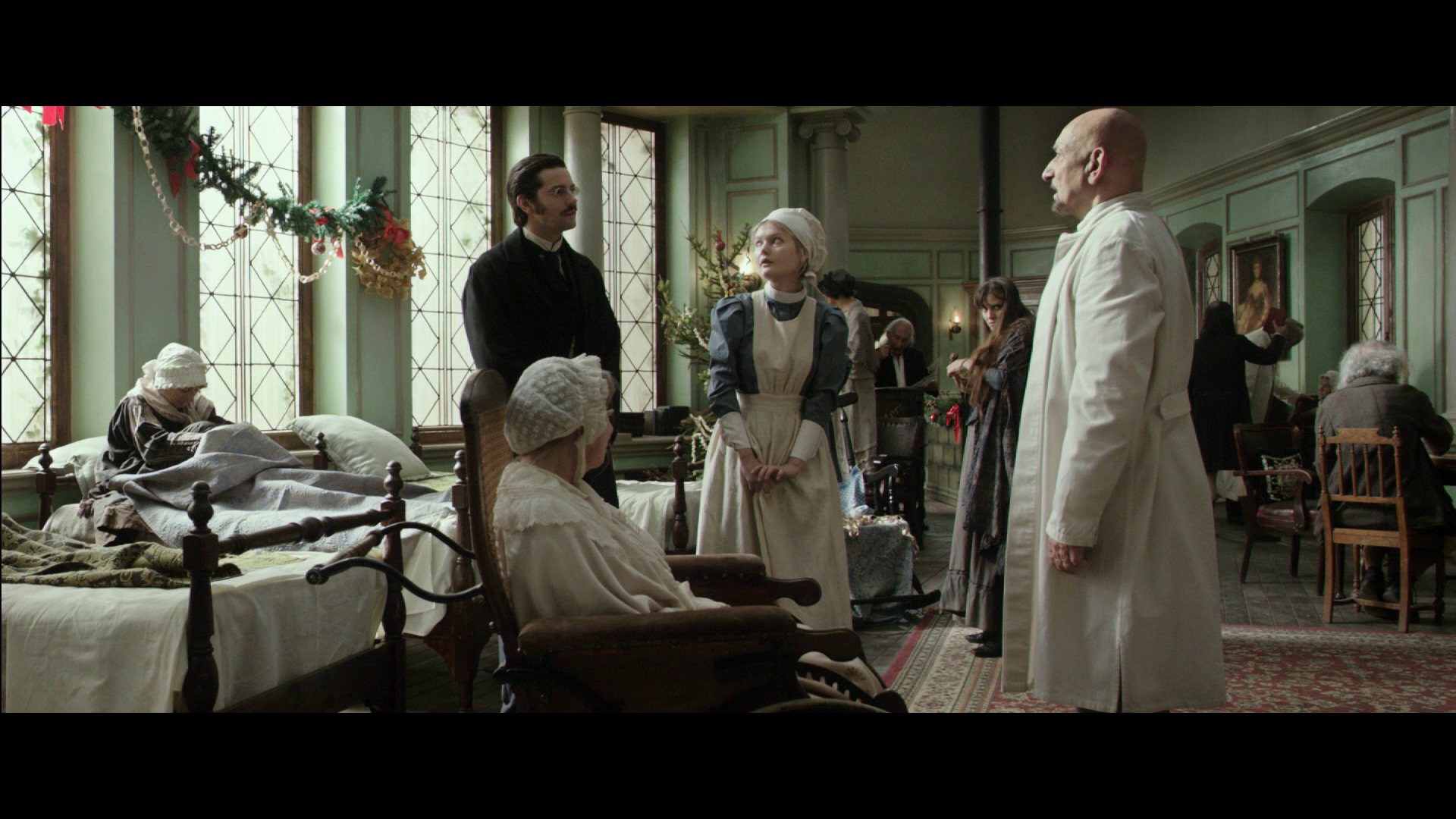 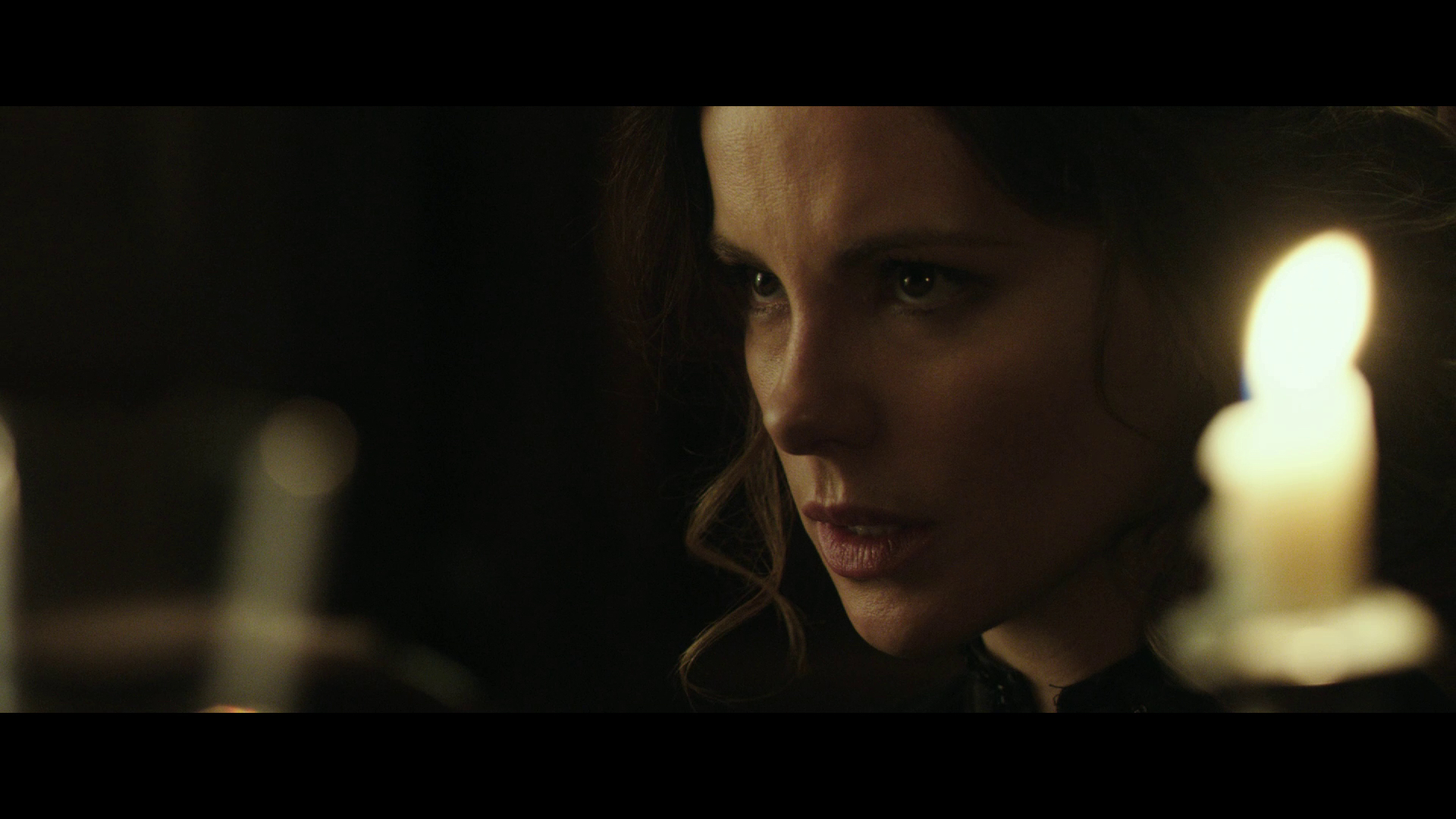 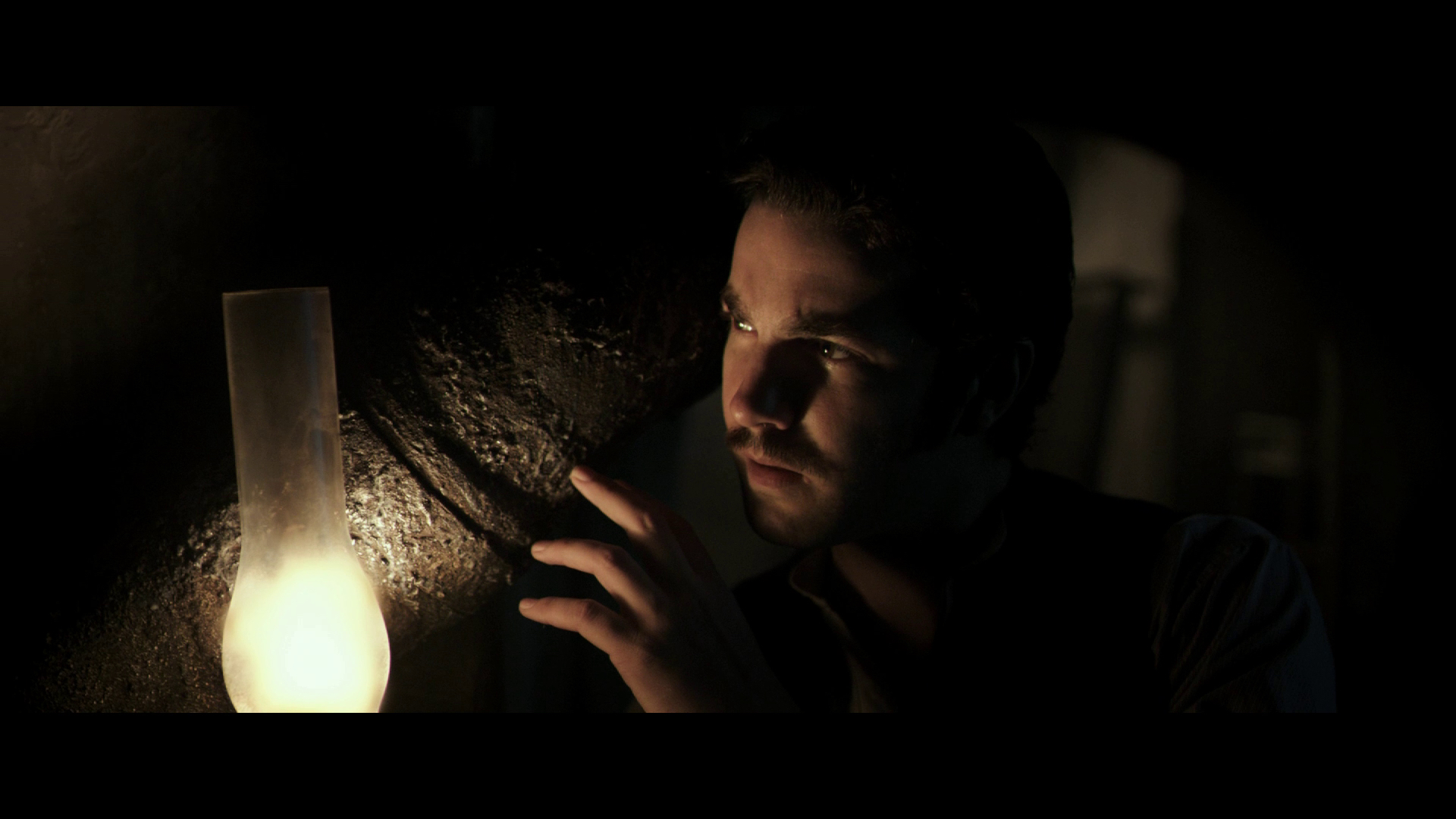 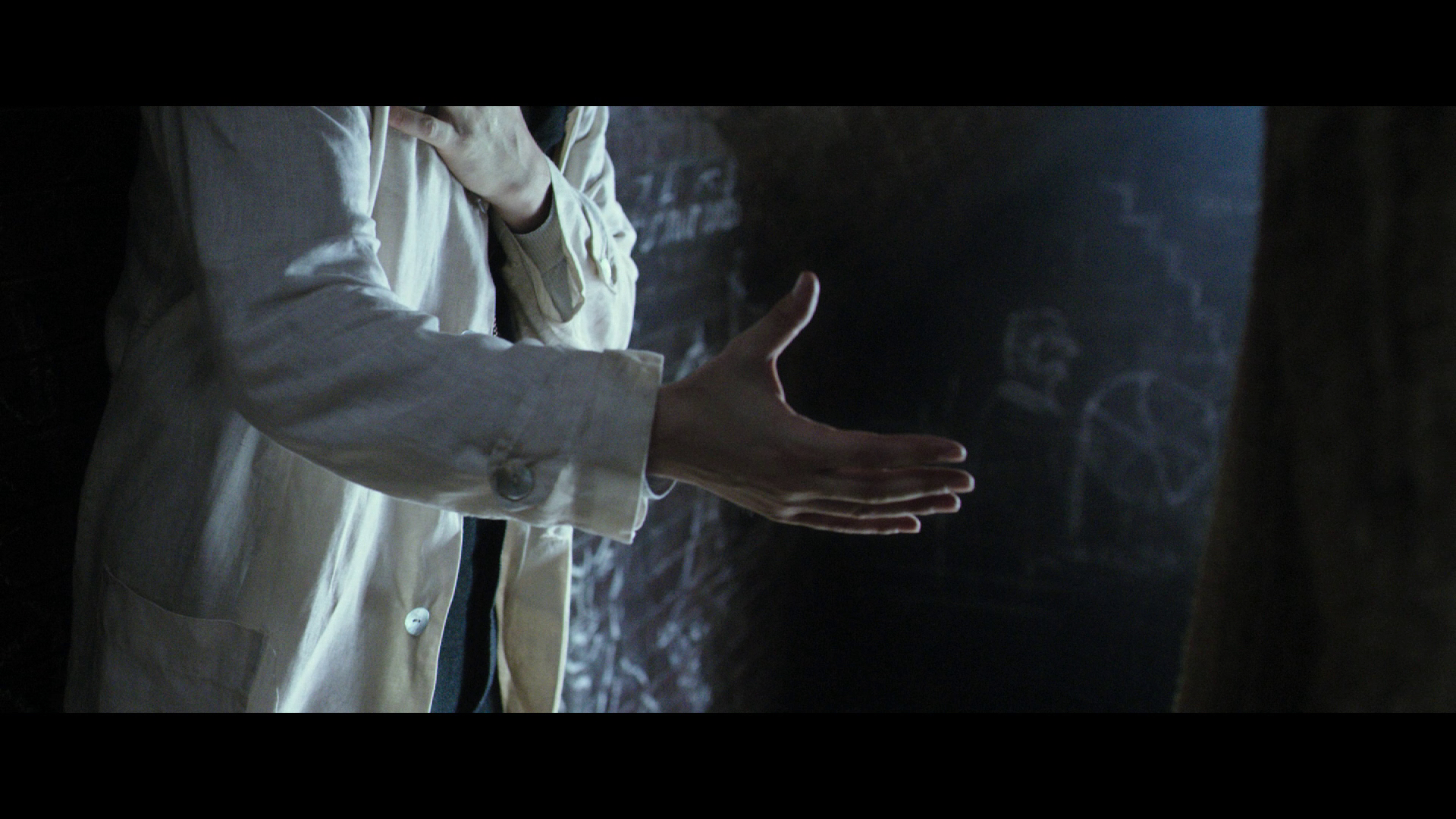 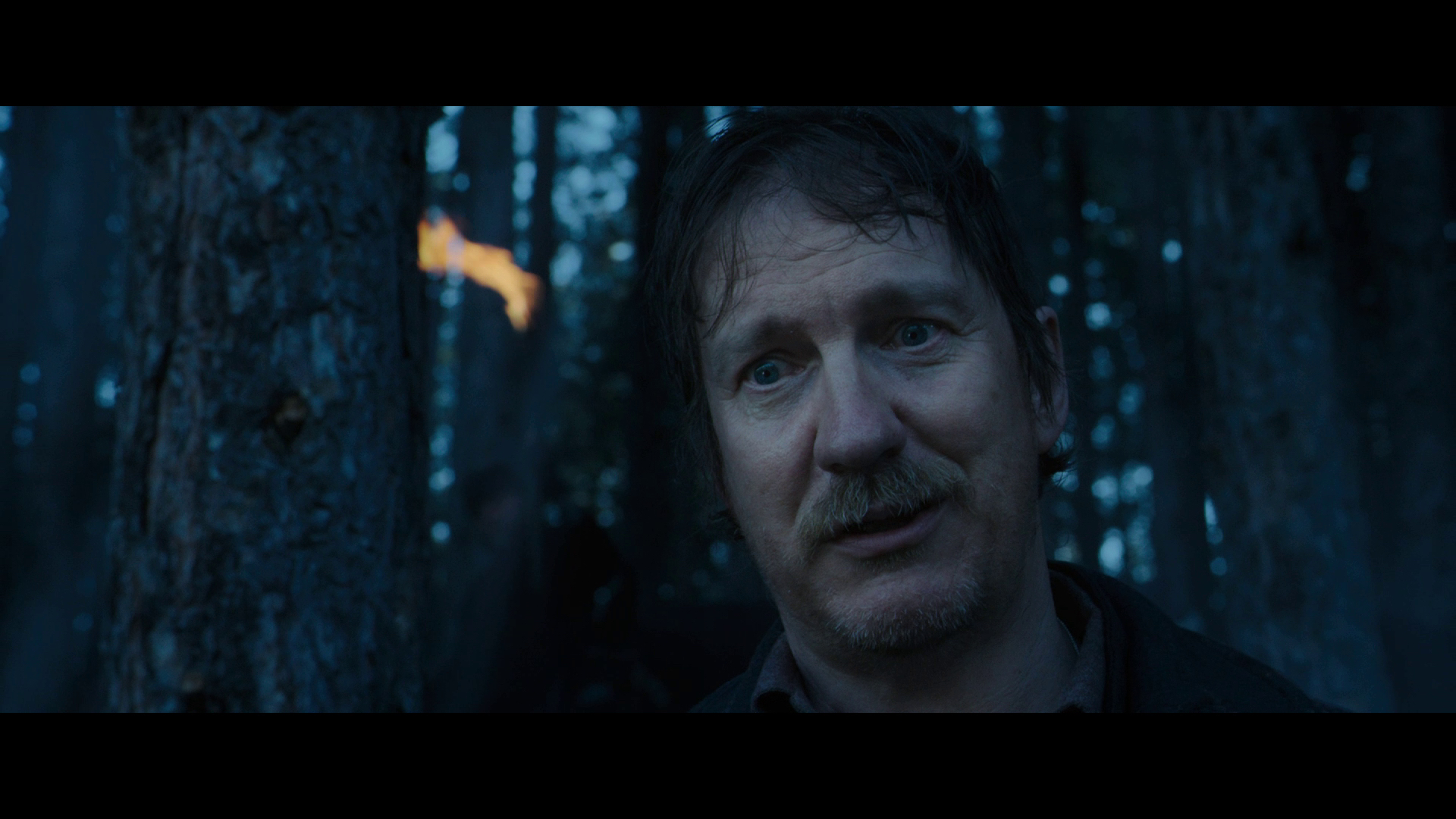 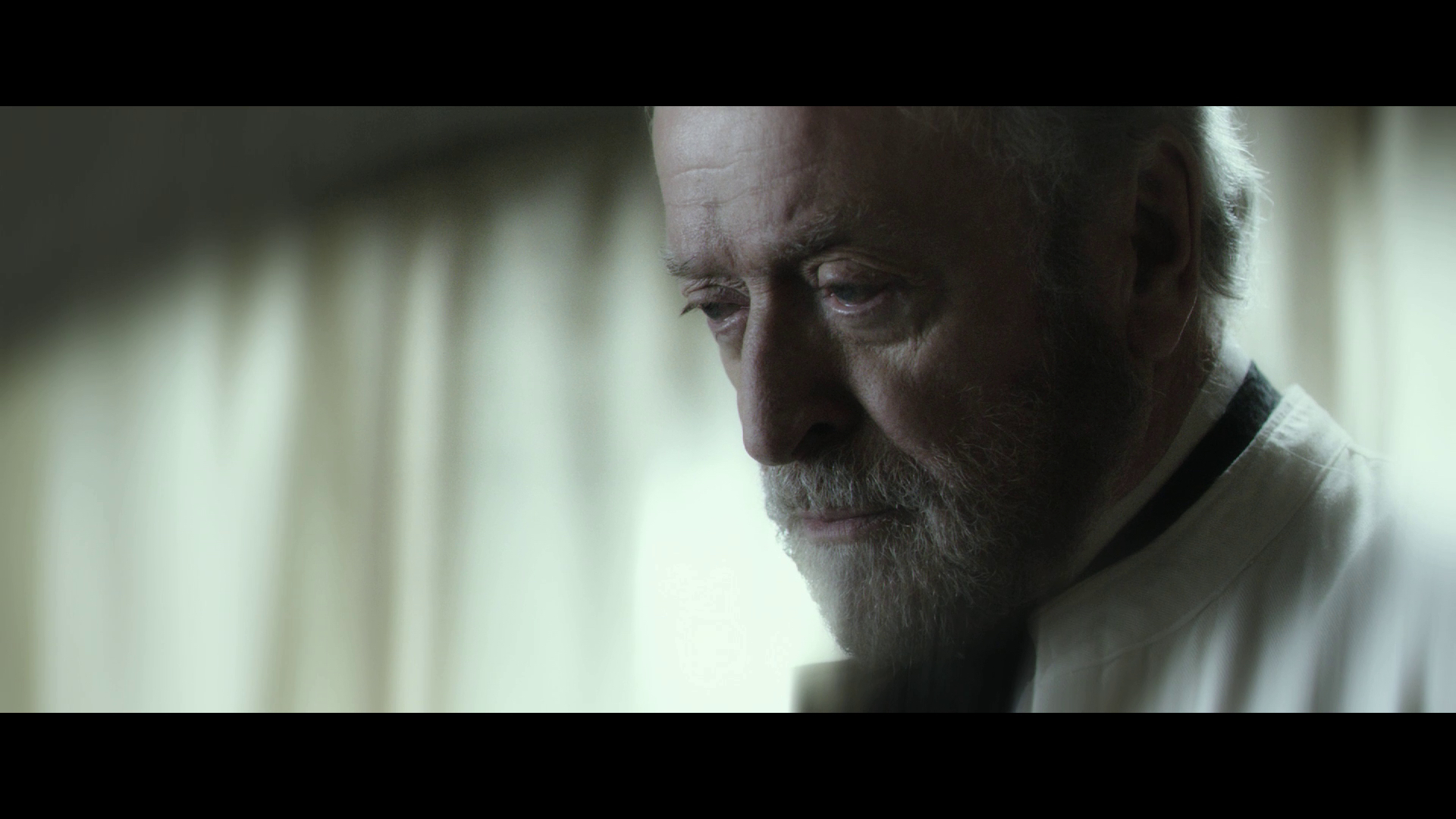 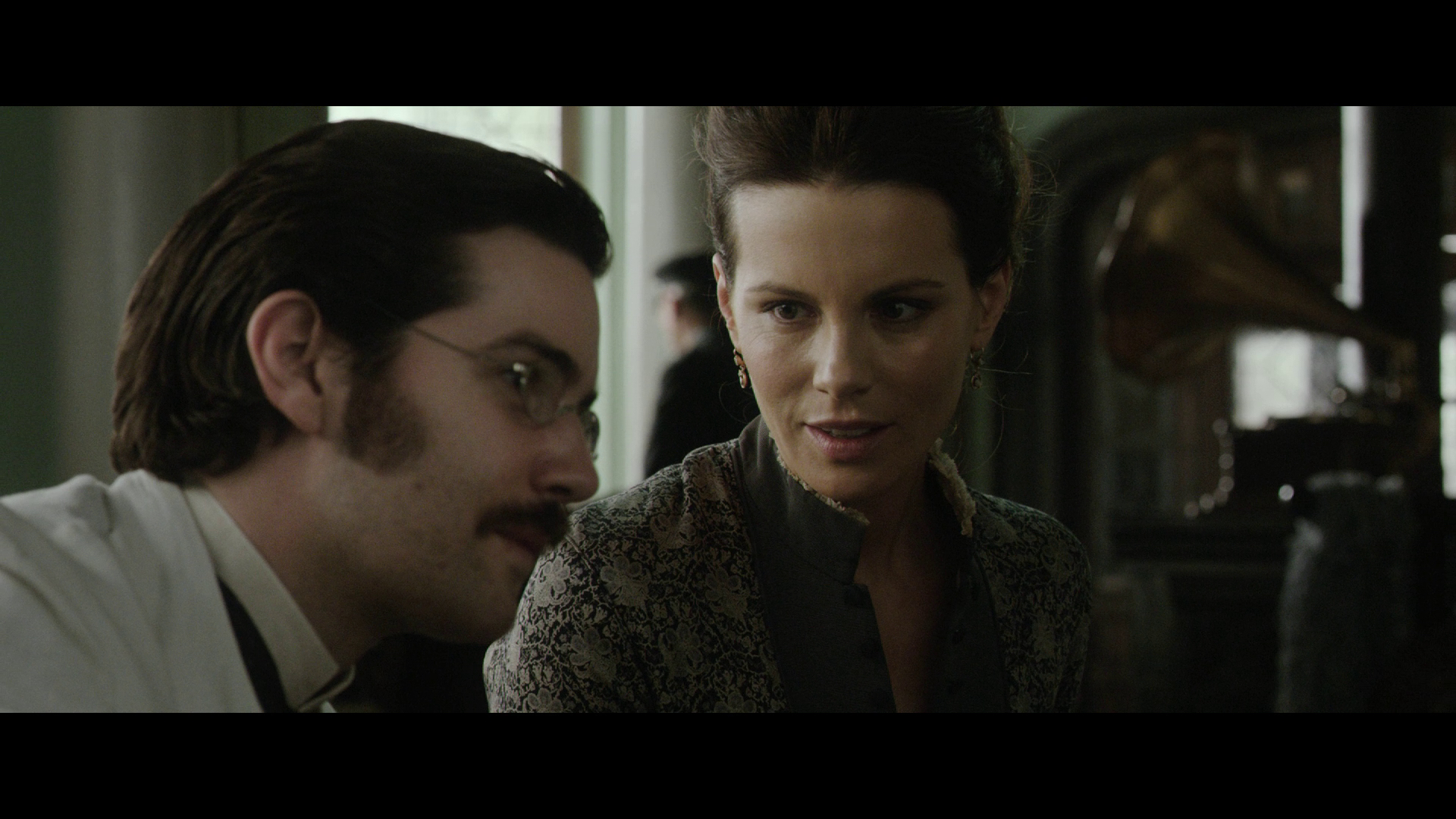 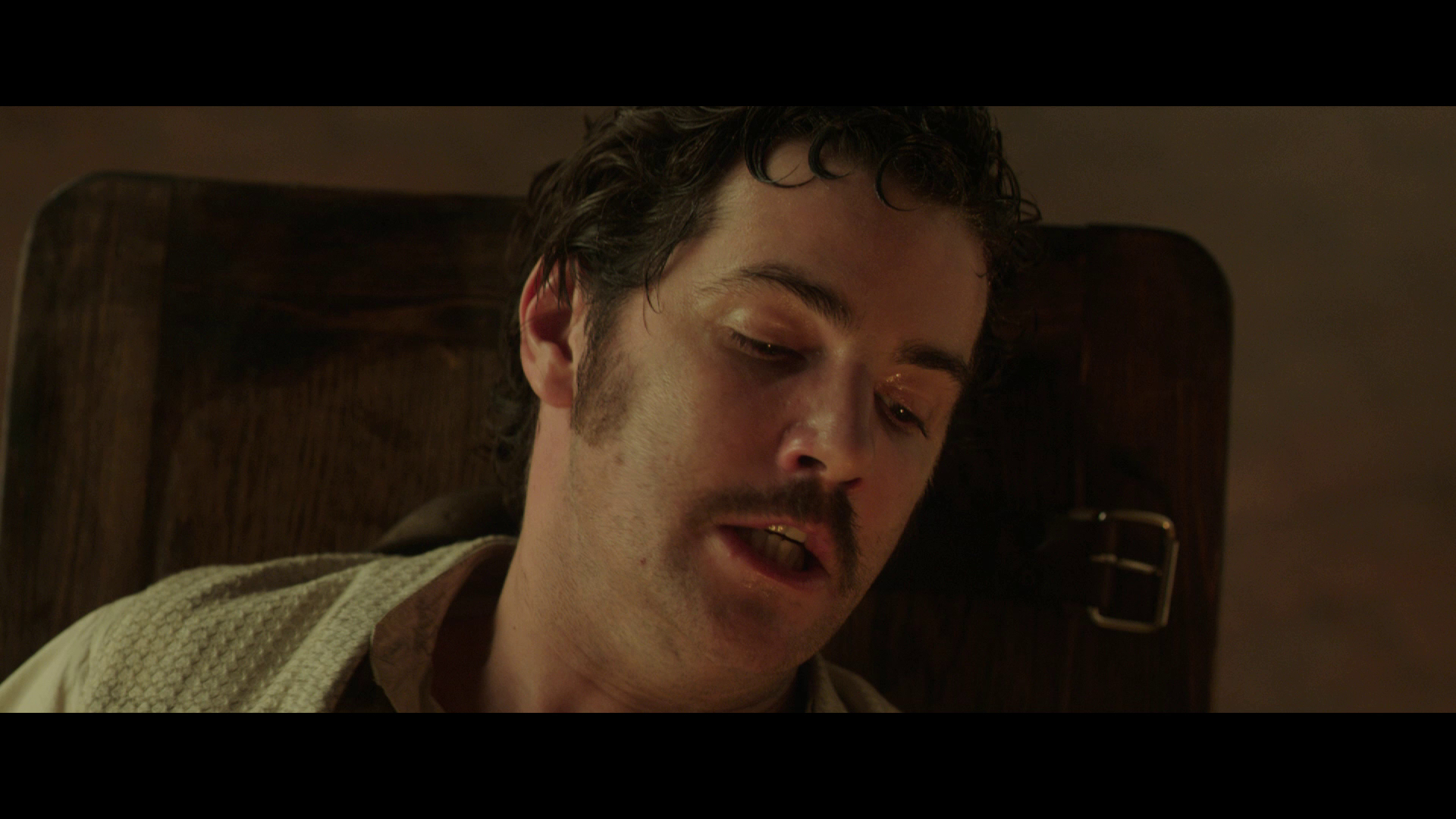 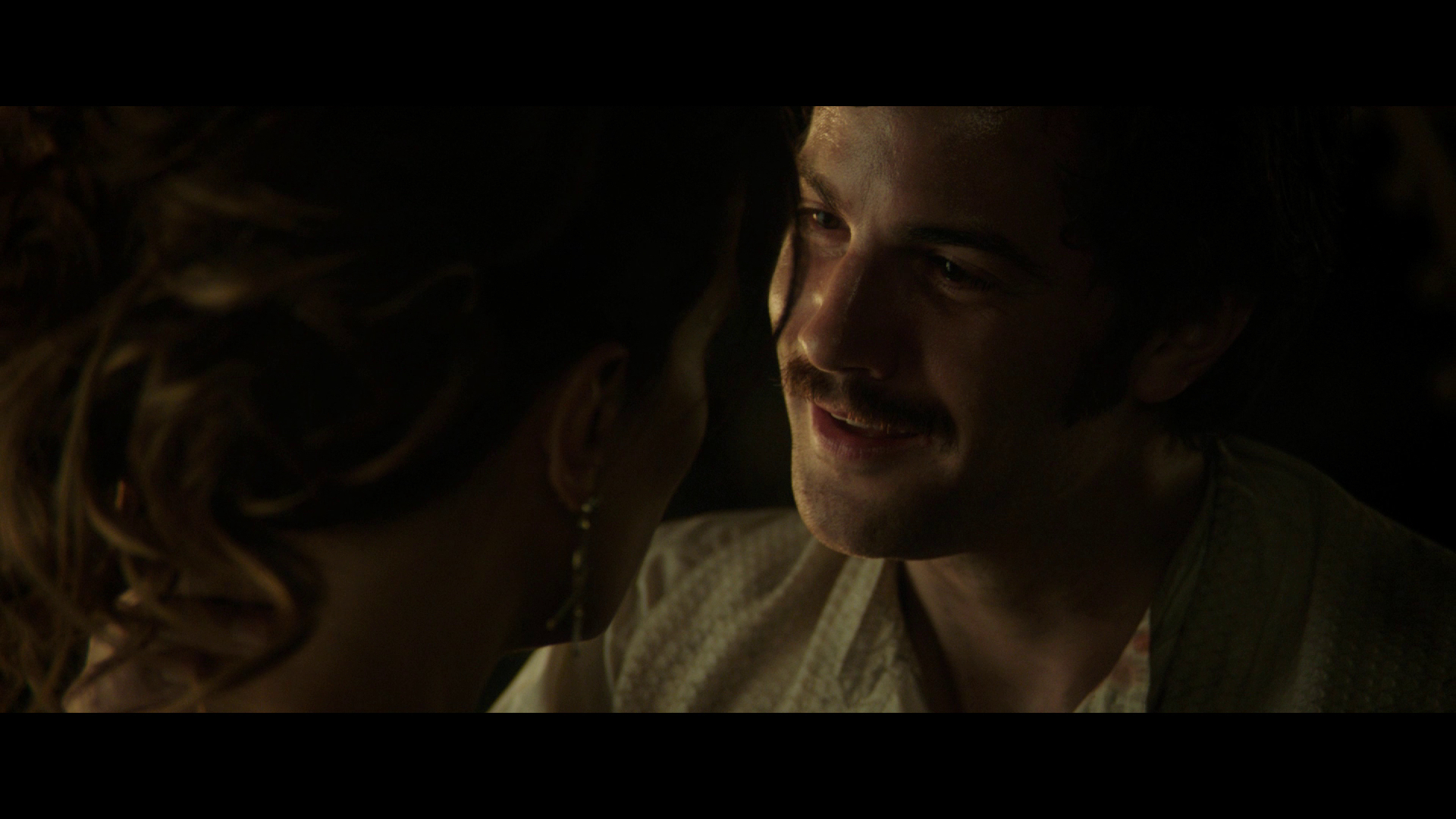