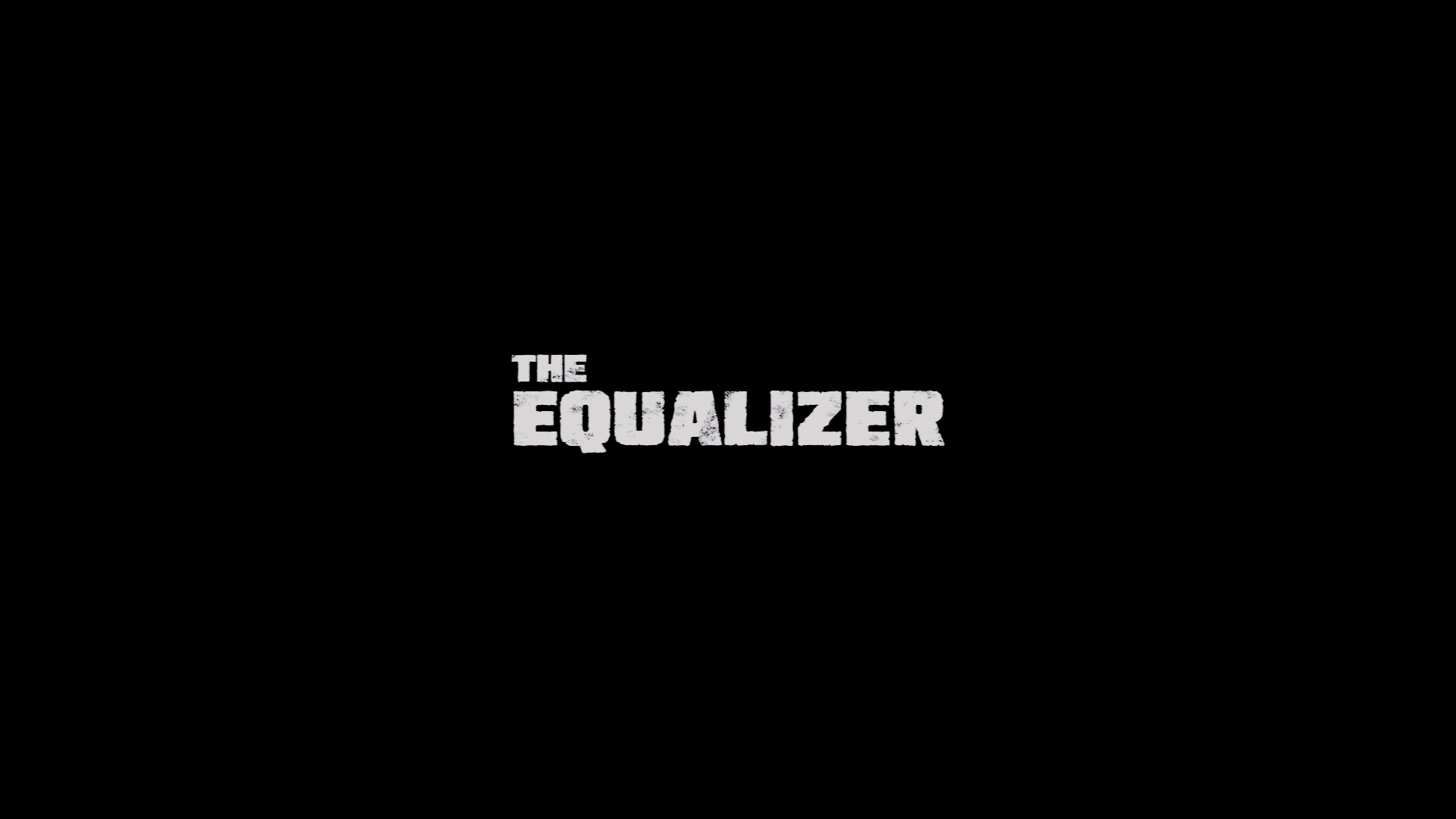 The last time director Antoine Fuqua and Denzel Washington worked together they created an exciting crime drama in Training Day. To echo corrupt L.A. detective Alonzo Harris, The Equalizer ain't got shit on Training Day. The film entertains with its pulpy violence and heavy focus on Washington, but the bland Russian mob villains seem better suited to a Transporter film. Very loosely based on the 1980s television series and thinly scripted by Richard Wenk, The Equalizer should see heavy rotation on cable in a few years. I expect more from Fuqua and Washington, and supporting players Chloe Grace Moretz, Bull Pullman and Melissa Leo hardly make an impression. I doubt you will be bored by The Equalizer, but you will forget watching it soon after the credits roll.

Washington's Robert McCall sits alone in a diner reading "The Old Man and the Sea," occasionally glancing up to chat with teenage call girl Alina (Moretz). His vague and expected backstory involves military training and a dead wife, and McCall quickly takes an interest in saving Alina from her Russian pimp, Slavi (David Meunier). After Alina is beaten into a hospital bed, McCall unleashes a graphic shakedown on the Russians, which brings mob enforcer Teddy (Marton Csokas) to America to track down the man who interrupted the mob's illegal business operations. As Teddy goes to work, McCall takes up defending the downtrodden against corruption and injustice. Along the way he calls on former associates Brian (Pullman) and Susan Plummer (Leo) for help identifying Teddy. 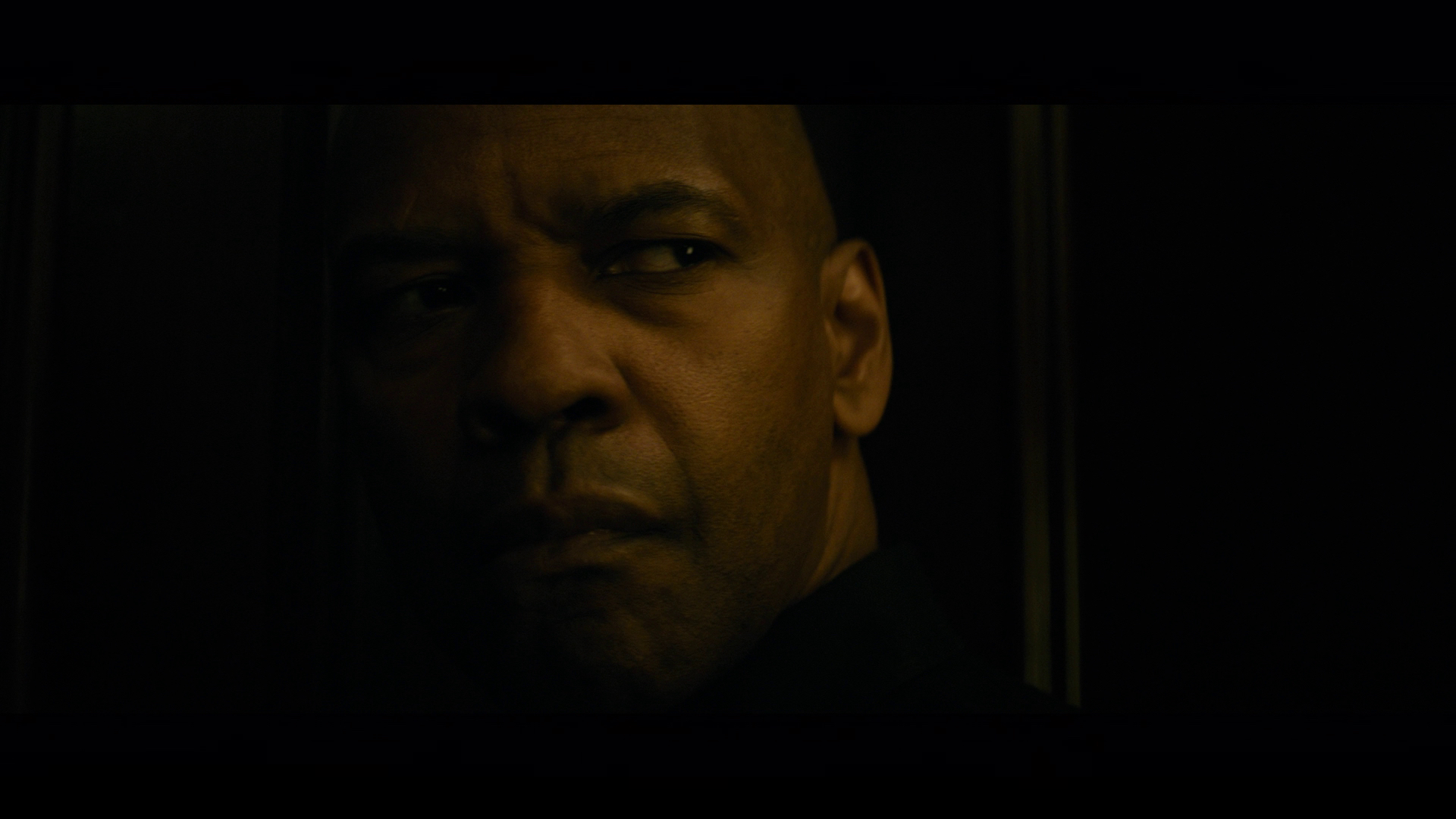 From the recycled plot elements to the fungible bad guys, The Equalizer is disappointingly pedestrian given Fuqua and Washington's previous work. For a man who swore to his dying wife that he would stop killing people, McCall is quick to murder a room full of guys for a girl he hardly knows. The movie does a poor job setting up the McCall/Alina relationship, and is content to slip in a couple of lines of dialogue to hint that they've been dining apart but together for some time. Once Alina is laid up, she is barely seen on screen again. Bless her heart, Moretz works with what little character development she is given, but she is no Jodie Foster here. The film tries to humanize McCall with a job at not-Home Depot and a weird character tick about not eating processed foods. He tries to help his heavyset co-worker, Ralphie ( Johnny Skourtis), become a security guard, but this whole storyline could have been axed without hurting the plot.

Scenes with Teddy brutalizing witnesses and Russian prostitutes barely register, and at no point did I think McCall was at risk of getting snuffed by the mob. He kills a room full of people in 26 seconds for Moscow's sake! Washington makes anything better, so I enjoyed watching him slice and dice a bunch of goons, and the final showdown in the big box hardware store is gleeful in a Kevin McCallister-went-nuts kind of way. Fuqua again proves a more talented visual filmmaker than storyteller, and The Equalizer is slick and handsomely shot, with strong pacing and editing. Had the filmmakers crafted a better story, The Equalizer could have had some real bite. Instead, it stalls out as a violent popcorn thriller that quickly escapes from memory. 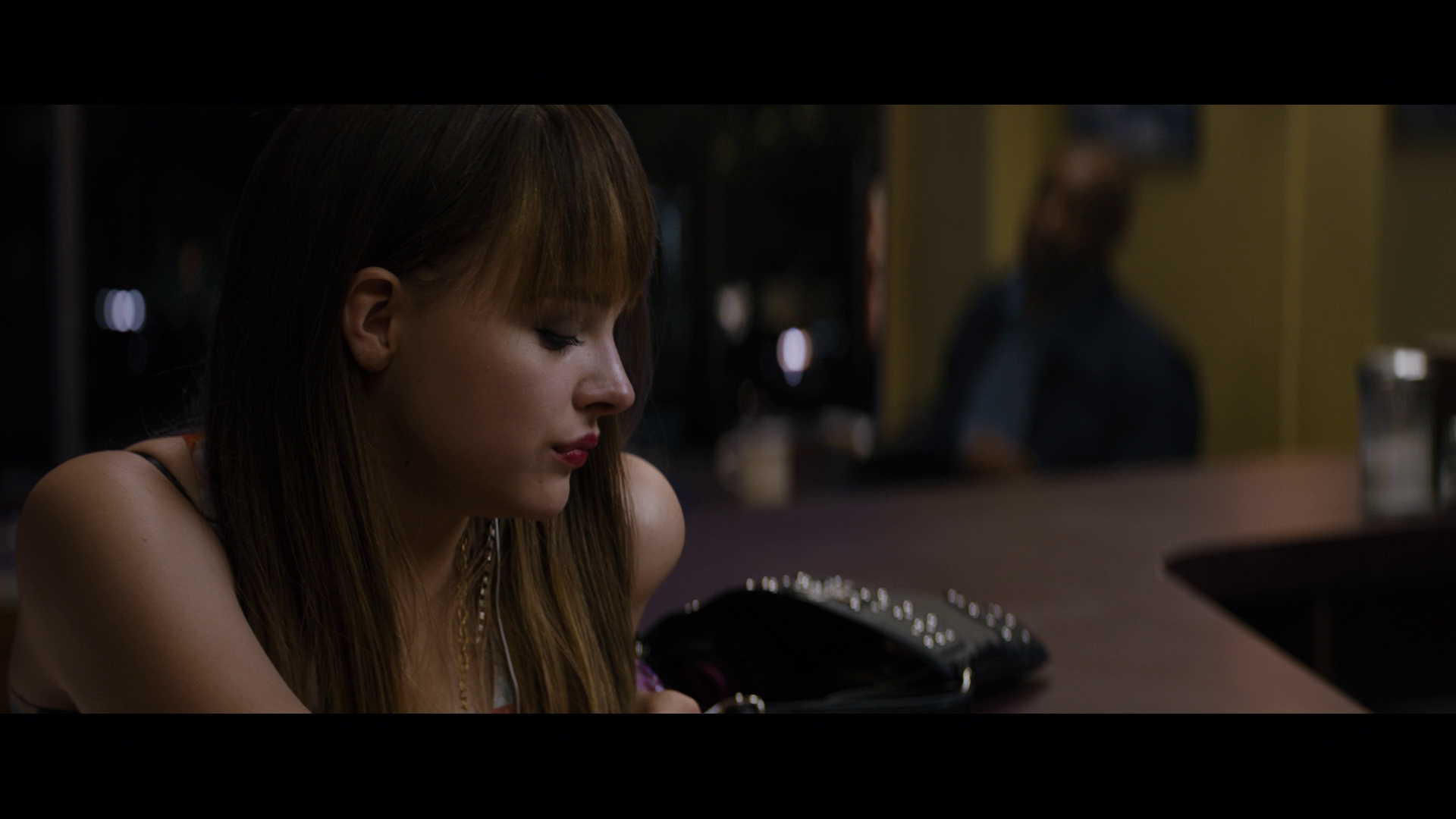 Sony provides an excellent 2.40:1/1080p/AVC-encoded transfer for The Equalizer. There are plenty of dimly lit scenes and heavy shadows, but detail never suffers. Black levels are excellent, and image depth is impressive. Wide shots are crisp and clean, and detail stretches deep into the frame. Close-ups reveal intimate fine-object details without smearing or softness. There are a couple of striking, colorful sequences amid the grim action, and color saturation is excellent. Skin tones are spot-on, and I noticed absolutely no digital anomalies.

The 7.1 DTS-HD Master Audio mix is similarly impressive, with excellent, immersive, and surround-heavy design. Quieter scenes are completely audible and impressive, and action-centric pieces blow the speakers off the wall (in a good way)! There is some heavy LFE action for both effects and music, and the surrounds get a vigorous workout. Rain and wind howl in the rears; helicopter blades chop the sky and pan about the room; and bullets sear across the sound scape, making deadly, rumbling contact. Dialogue is crisp and clear and balanced appropriately with the effects and score. Spanish and French 5.1 Dolby Digital tracks are also included, as are English, English SDH, French and Spanish subtitles. 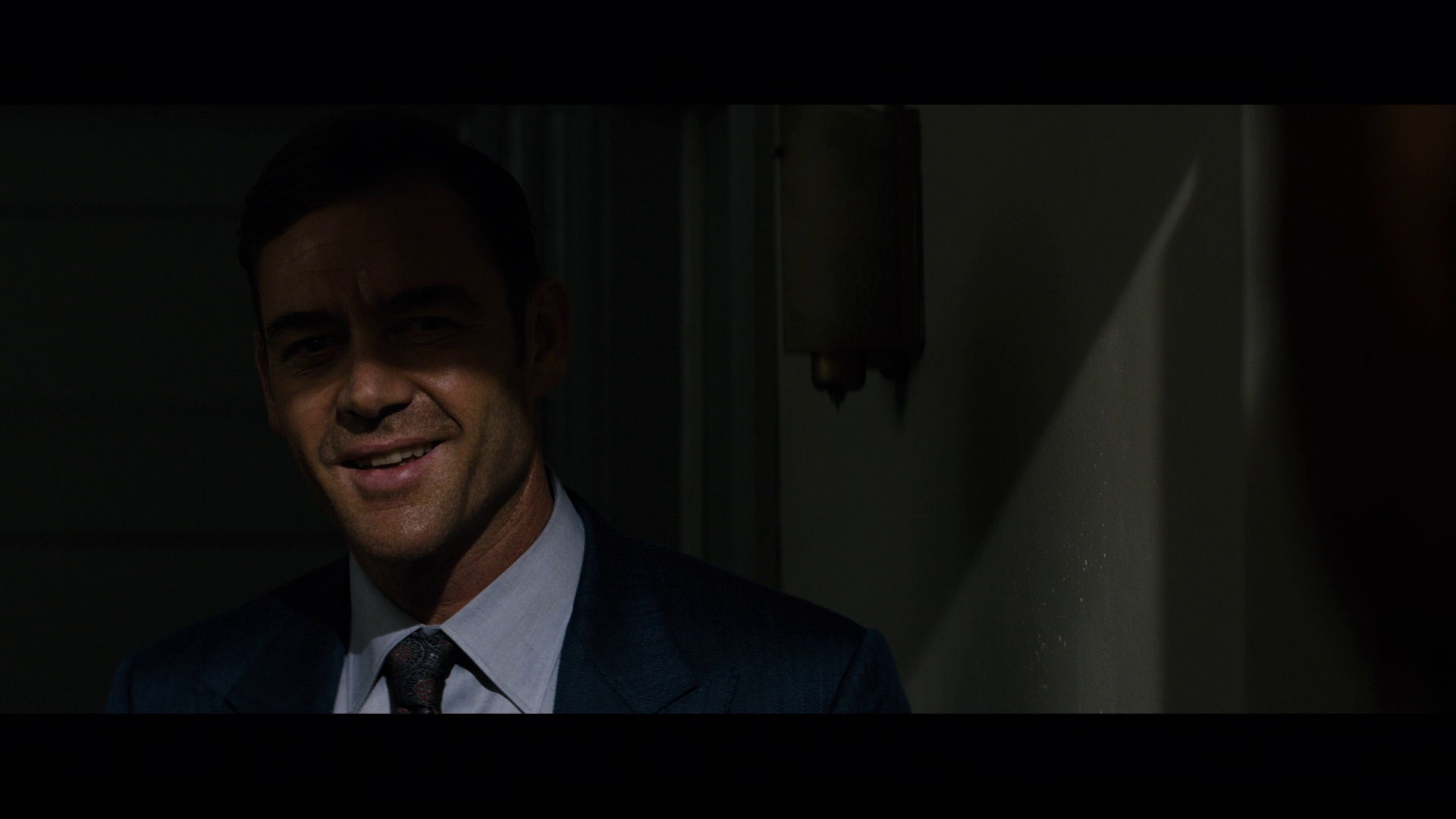 This single-disc release is packed in an Elite case, which is wrapped in a textured slipcover. Sony includes a code to redeem an UltraViolet HD digital copy. A number of extras are included:

I was not bored with Denzel Washington and Antoine Fuqua's The Equalizer, but I was left wanting. Their second collaboration is a bland, violent thriller without much character development or personality. There are a few pulpy thrills to be had, but you'll be hard-pressed to recall any of them when the credits roll. Rent It. 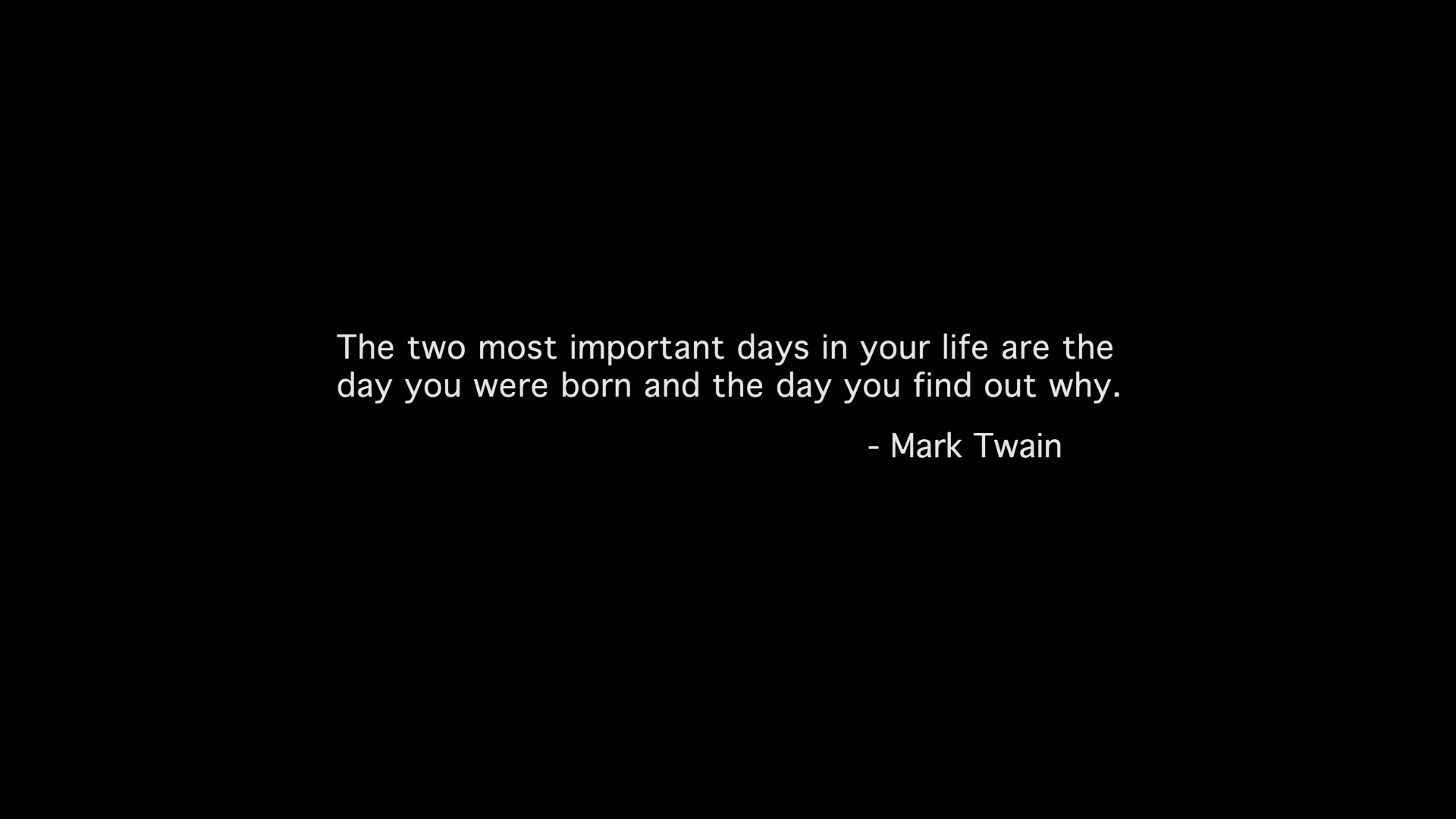 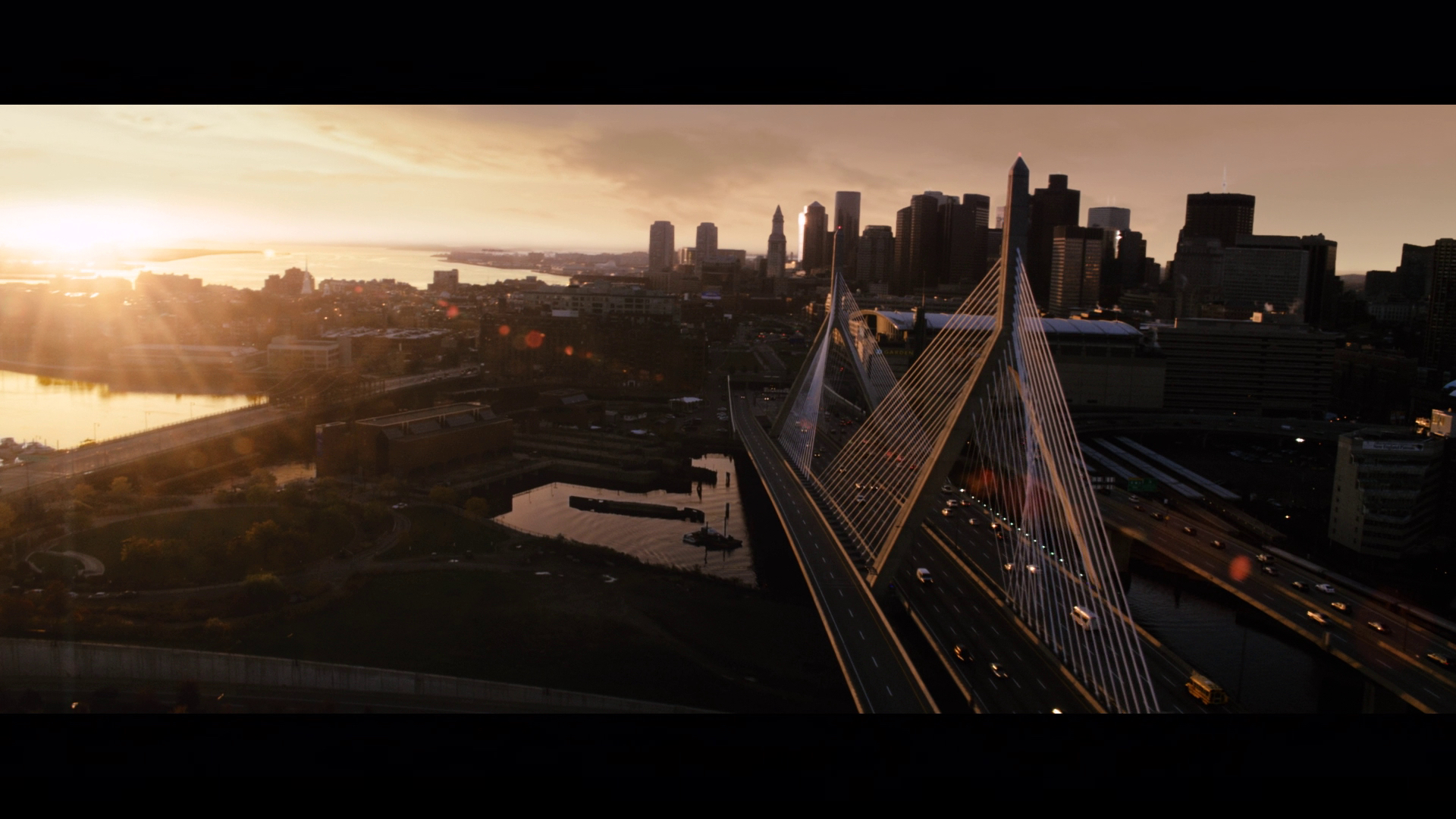 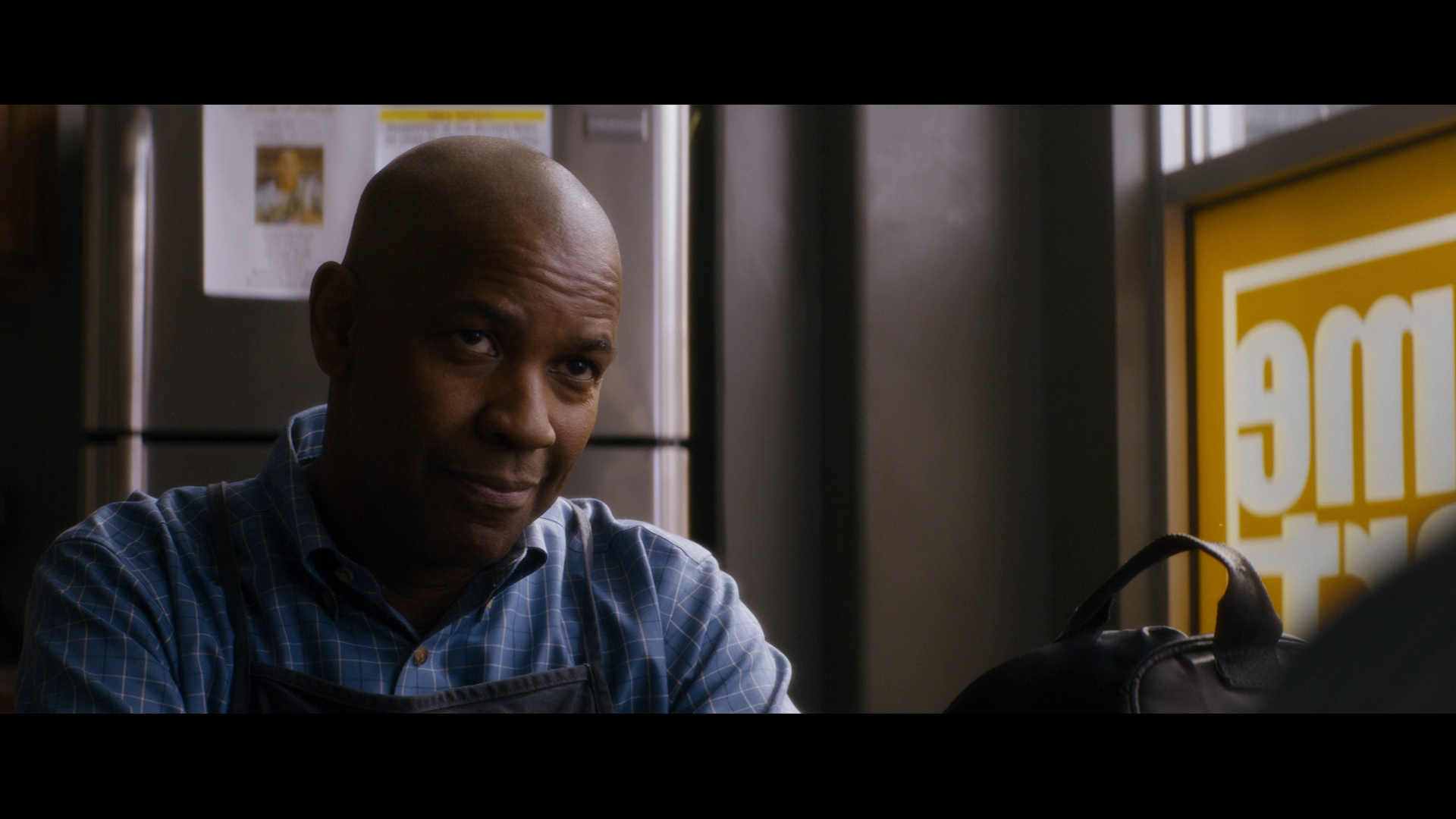 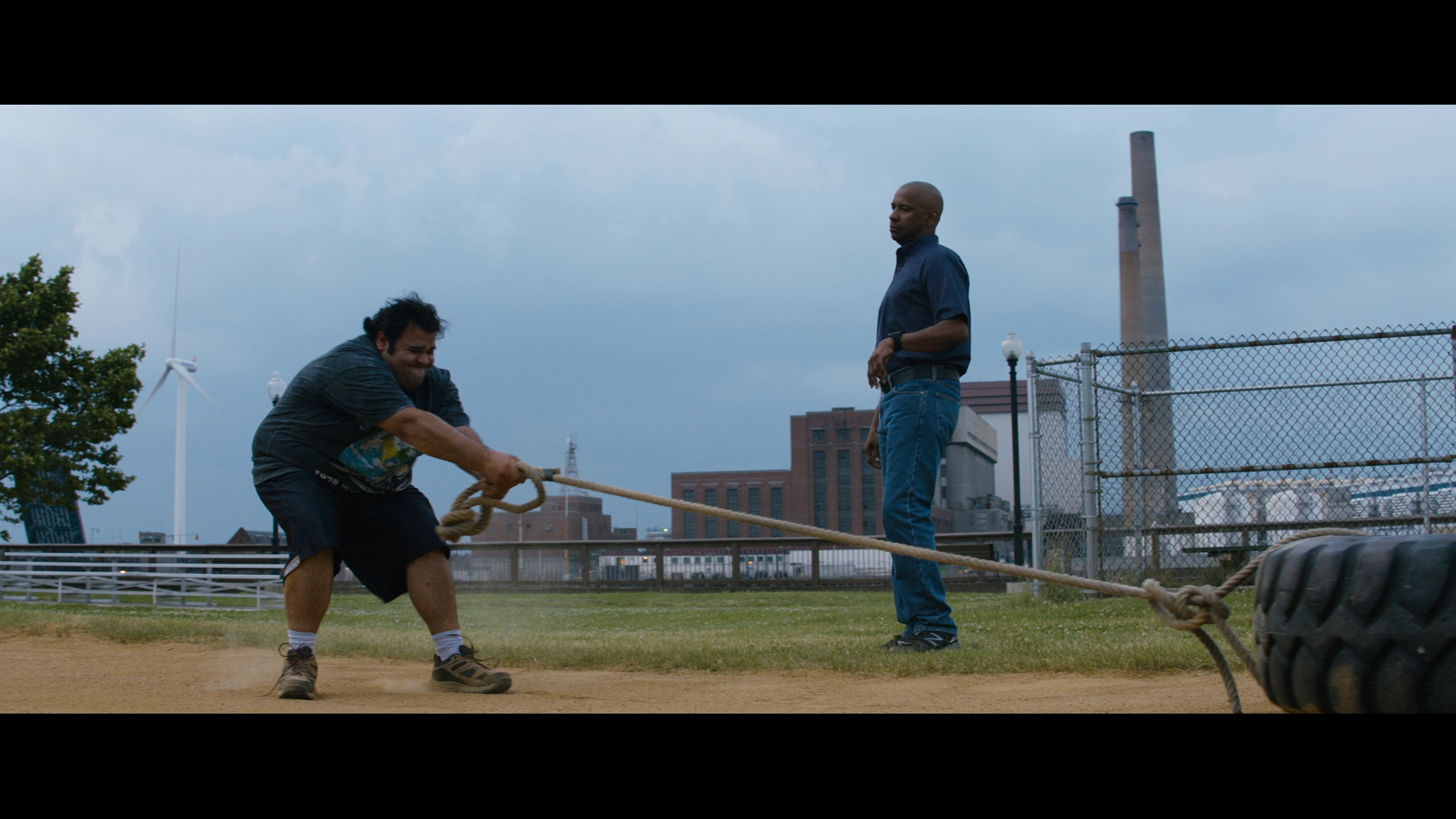 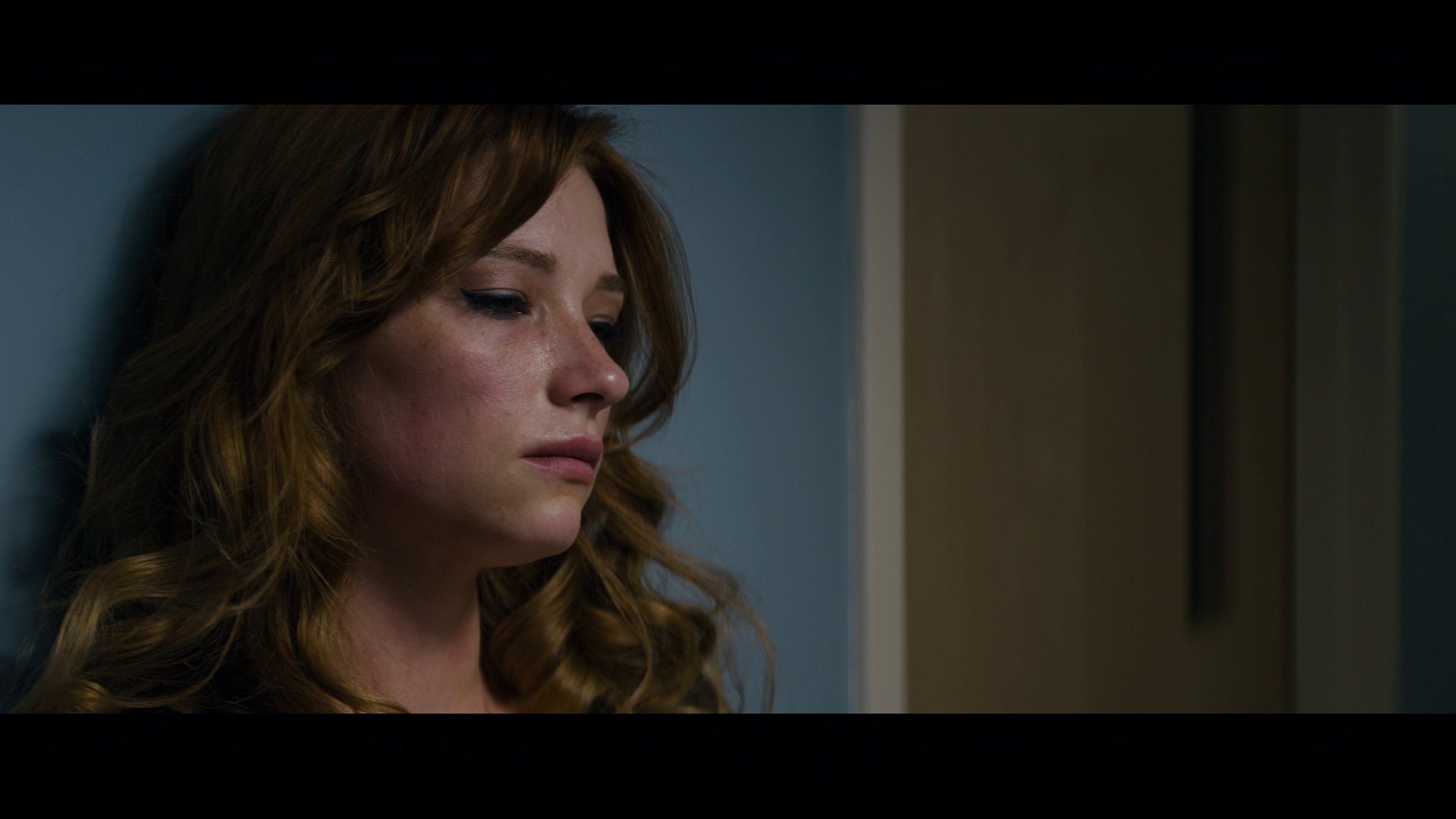 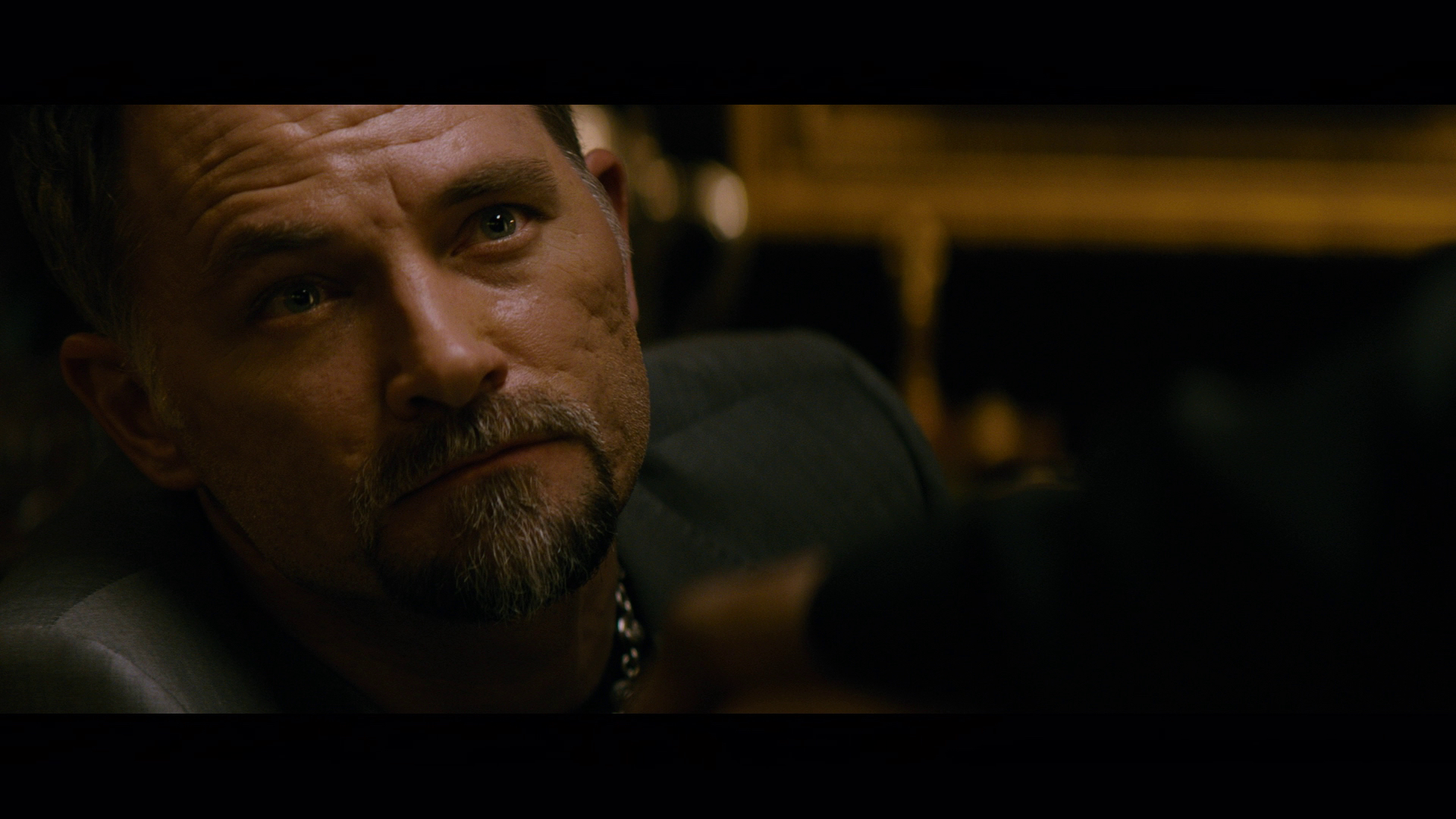 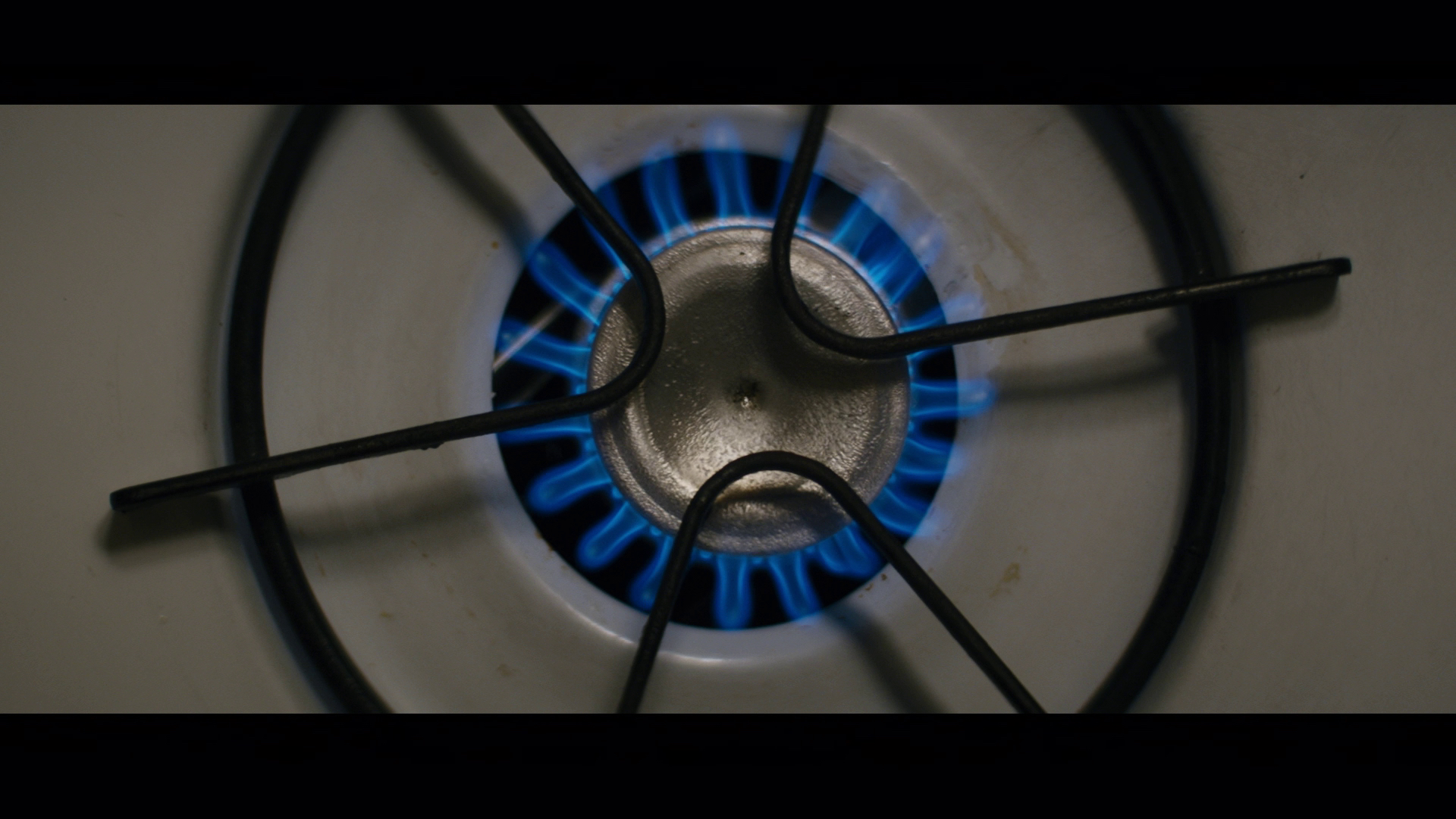 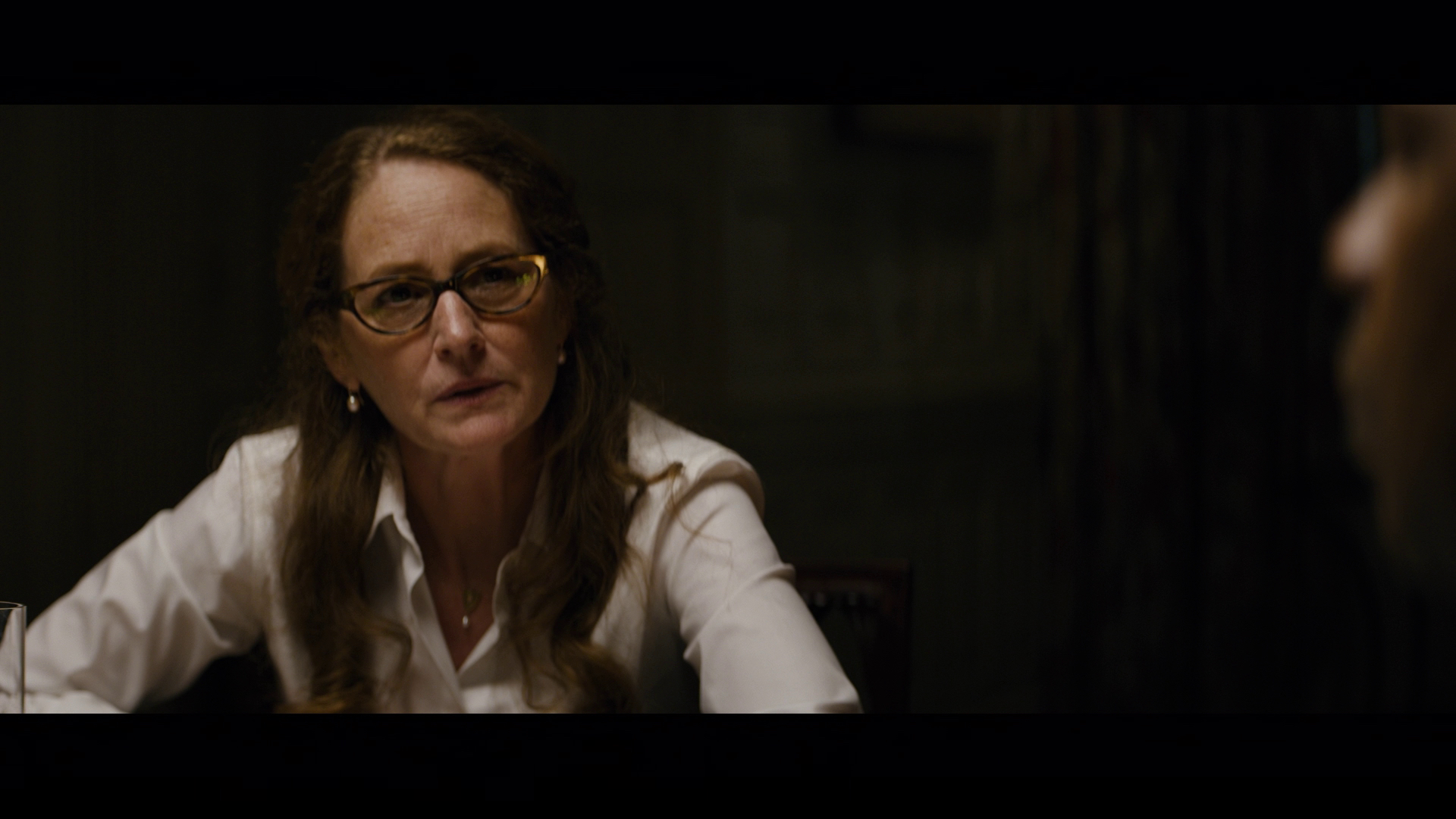 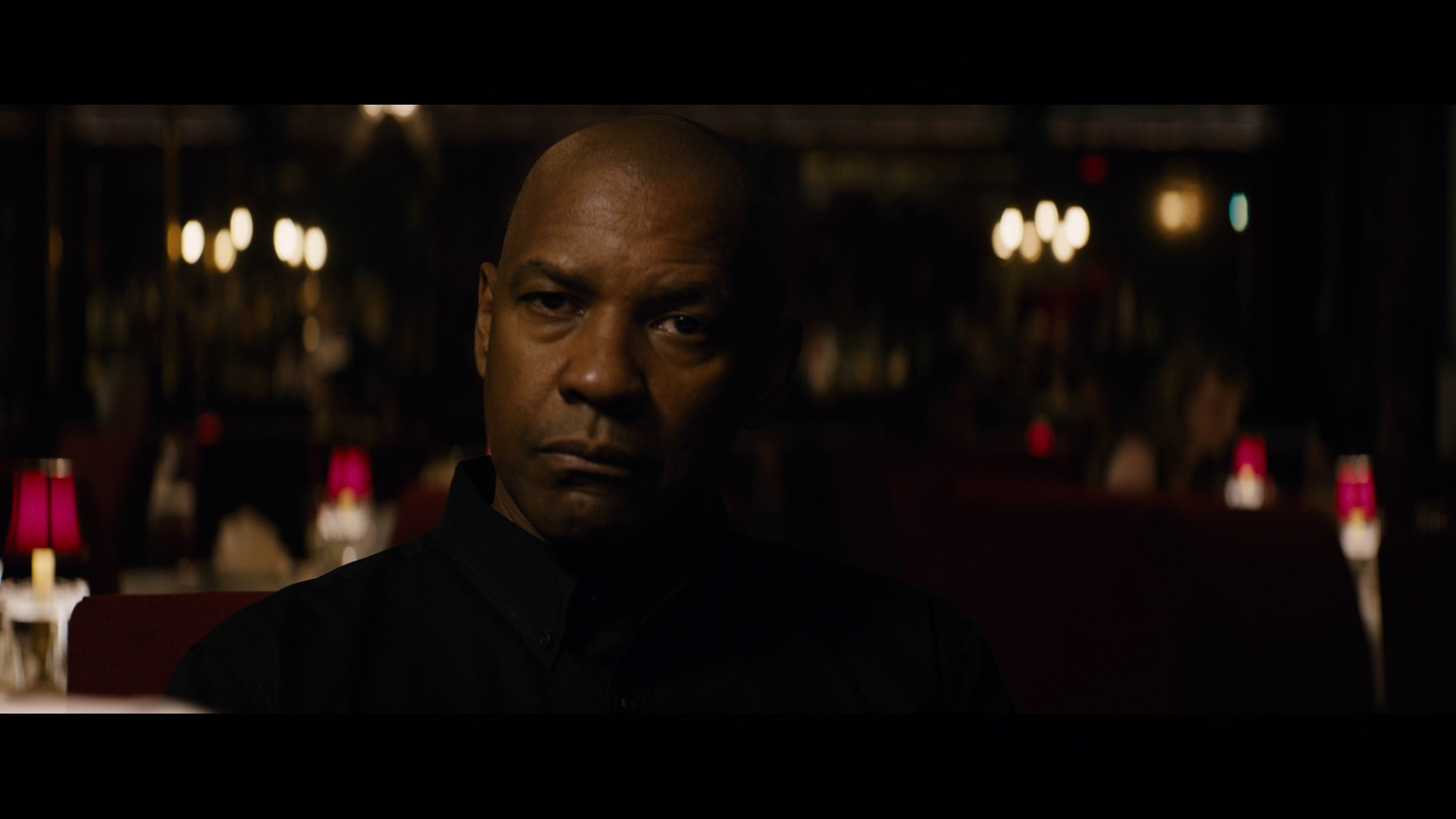 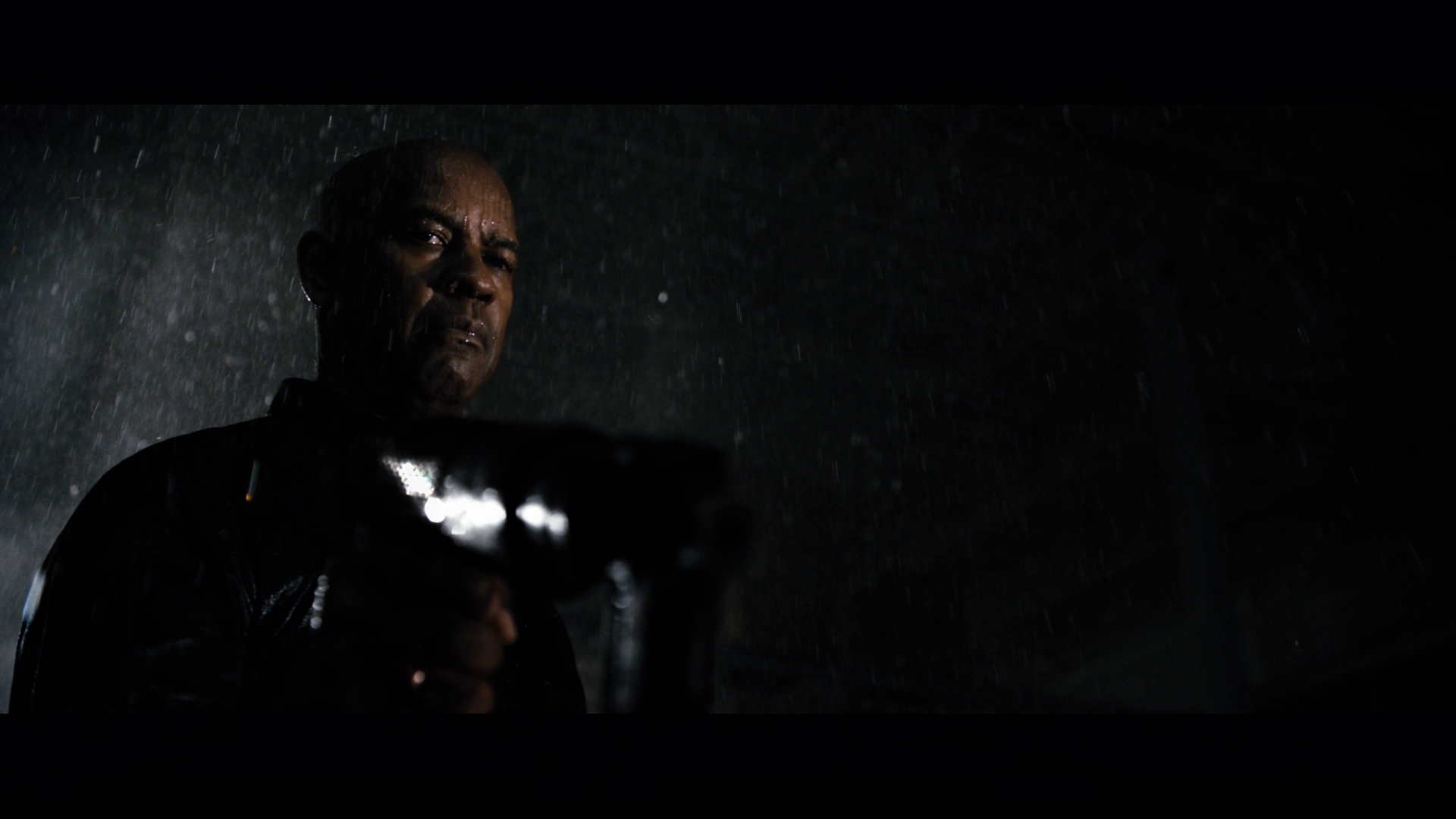