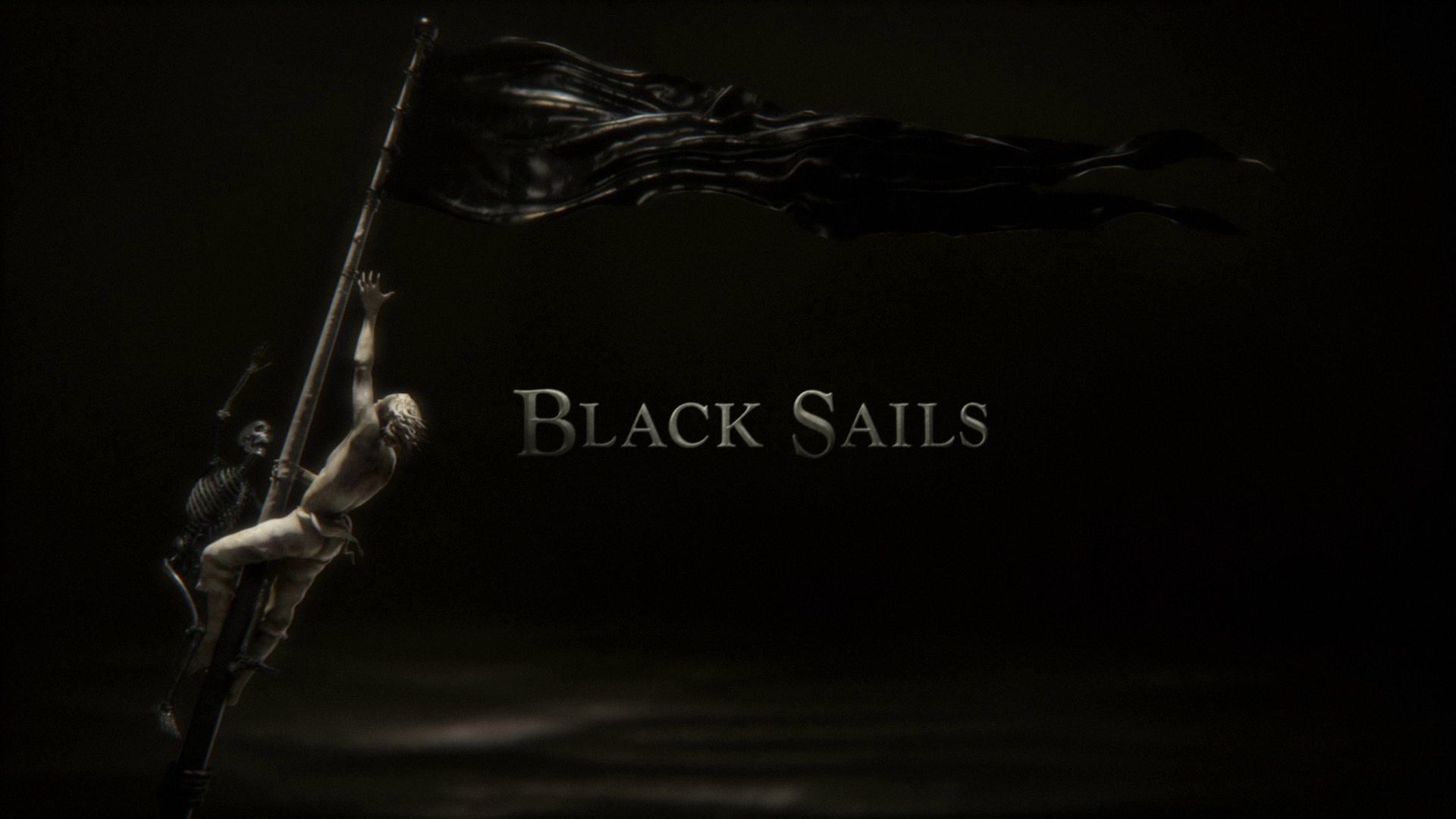 The Michael Bay-produced Black Sails further positions Starz as a player in the premium cable showdown to produce original content. The pirate drama serves as a prequel to Robert Louis Stevenson's "Treasure Island," and takes place in the 1715 West Indies as a group of rowdy pirates searches for Spanish treasure Urca de Lima. Most of the action takes place in the port of New Providence, and Black Sails explores pirate politics and loyalties. The slickly shot and produced show is certainly entertaining if somewhat shallow, and viewers expecting a glut of high seas battles like the one that opens the first episode will leave disappointed. The Starz outlet allows the show ample room for violence and sex, and there are high jinks aplenty in these first eight episodes.

Captain James Flint (Toby Stephens) of the Walrus is introduced amid a boisterous pirate-ship showdown as a noble man willing to split the rewards of his exploits with the entire crew. Suspicious cook John Silver (Luke Arnold) murders to gain pages from a captain's log purportedly showing the way to a great treasure, and slyly joins Flint's crew to bide his time. Nassau businesswoman Eleanor Guthrie (Hannah New) seeks to control all pirate operations, which sparks an uprising further complicated by Silver's dealings with a local prostitute (Jessica Parker Kennedy). Aided by quartermaster Gates (Mark Ryan) and Boatswain "Bones" Manderly (Tom Hopper), Flint searches for the missing captain's log and attempts to keep New Providence out of the encroaching grasp of civilized society. 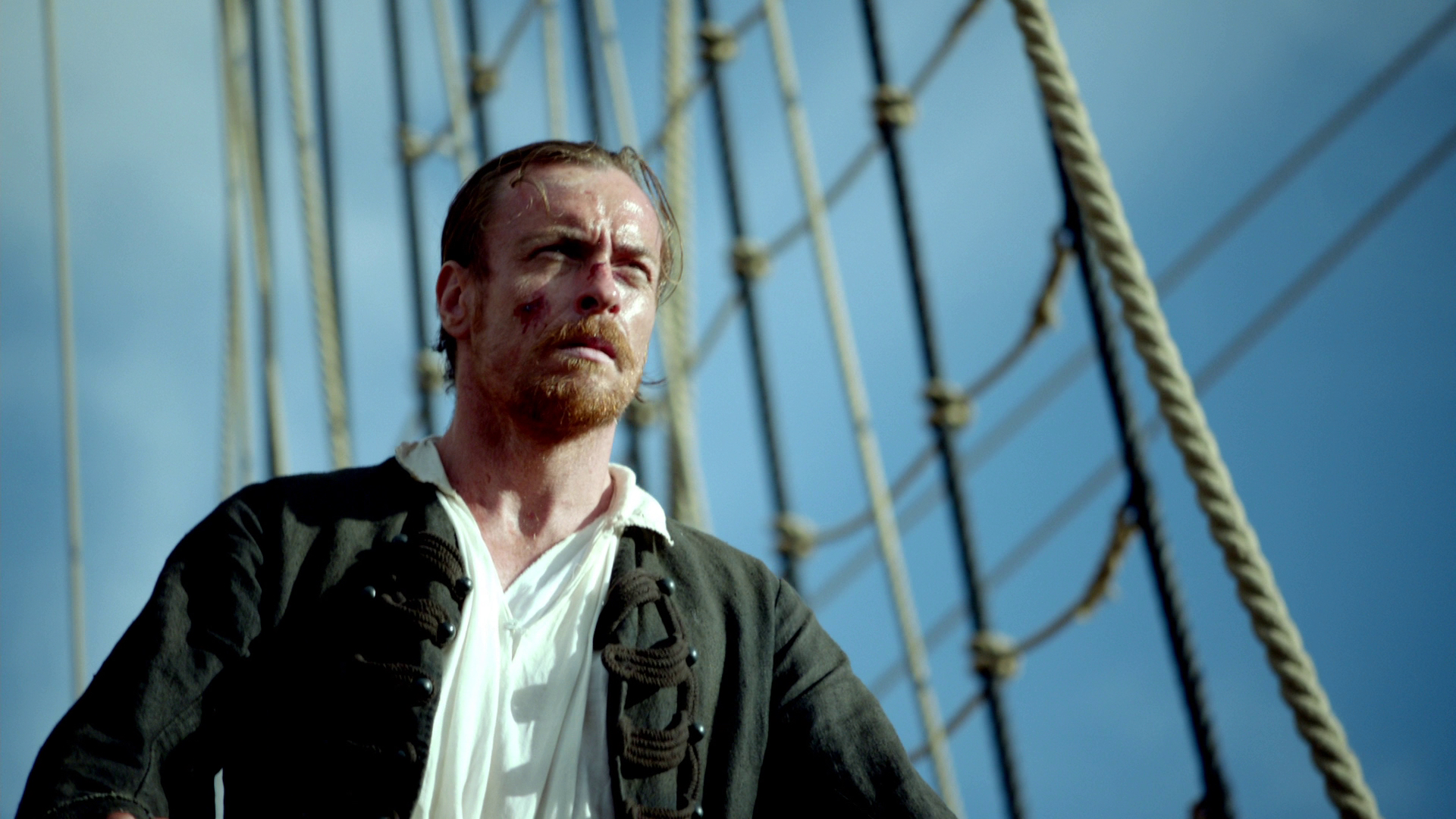 Many of these characters will be familiar to fans of "Treasure Island," though knowledge of their ultimate fates may stifle the drama here somewhat. Nevertheless, Black Sails is a rowdy, often funny show that dares to put fear and seduction back into piracy. Flint and Guthrie are compelling, flawed characters, and each actor chews up the screen. Guthrie runs the ground operations for her father, a British aristocrat with his finger on the pulse of the Bahamian black market, and all the crooked dealings and backroom politics make for surprisingly good entertainment. Rival crewmembers Charles Vane (Zach McGowan) and Jack Rackham (Toby Schmitz) are strong characters, too, as is mysterious assassin Anne Bonny (Clara Paget).

Most the action is landlocked, which may disappoint viewers wanting more high seas skirmishes, but the show makes the most of its Cape Town, South Africa, setting with beautiful wide shots and excellent production design. Each episode is briskly paced, with plenty of action and bad behavior. Hell, even the opening credits over intricate, digitally created stone carvings are impressive. The drama is not especially deep in season one, though that may be improved in the second outing. Black Sails is a respectable costume drama that goes a long way to redeeming pirates in television and film. Apparently, a pirate's life is greed. 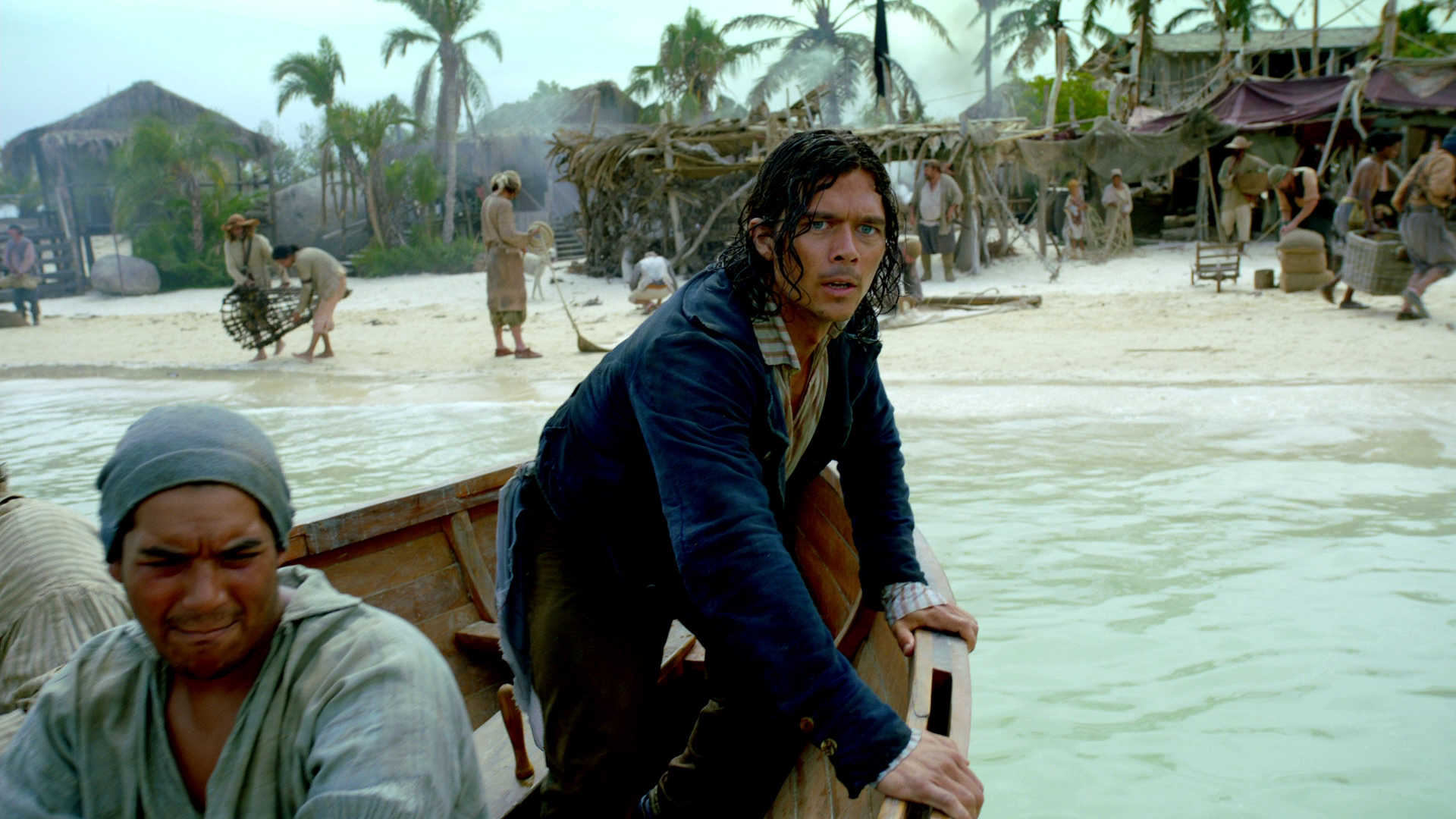 Each episode receives a sparkling 1.78:1/1080p/AVC-encoded transfer with crystal clear visuals, impeccable sharpness and wonderful texture. The beautiful South African vistas fill the screen in razor-sharp wide shots, with wonderfully bold and perfectly saturated colors. Detail is excellent across the board: Close-ups reveal dirt, grime and bad teeth, and wide shots stretch to the horizon. Black levels can be slightly troublesome, though the dark purples that pop up may be an intentional filmmaking technique. Otherwise, this is a great HD presentation.

Well, hello 7.1 DTS-HD Master Audio, it's nice to see you. These episodes receive cinema-quality mixes, with excellent sound pans, directional dialogue, an active subwoofer and wonderfully immersive surrounds. The cannons roar in the early battle, slamming across the screen and into your living room. Directional effects are rampant, whether action or ambient, and dialogue and score are mixed appropriately. The chaotic New Providence comes alive across the sound field, and my only tiny complaint is that a bit of dialogue seems rough around the edges, likely due to on-set technical difficulties. French and Spanish 2.0 Dolby Digital mixes are also included, as are English SDH and Spanish subtitles. 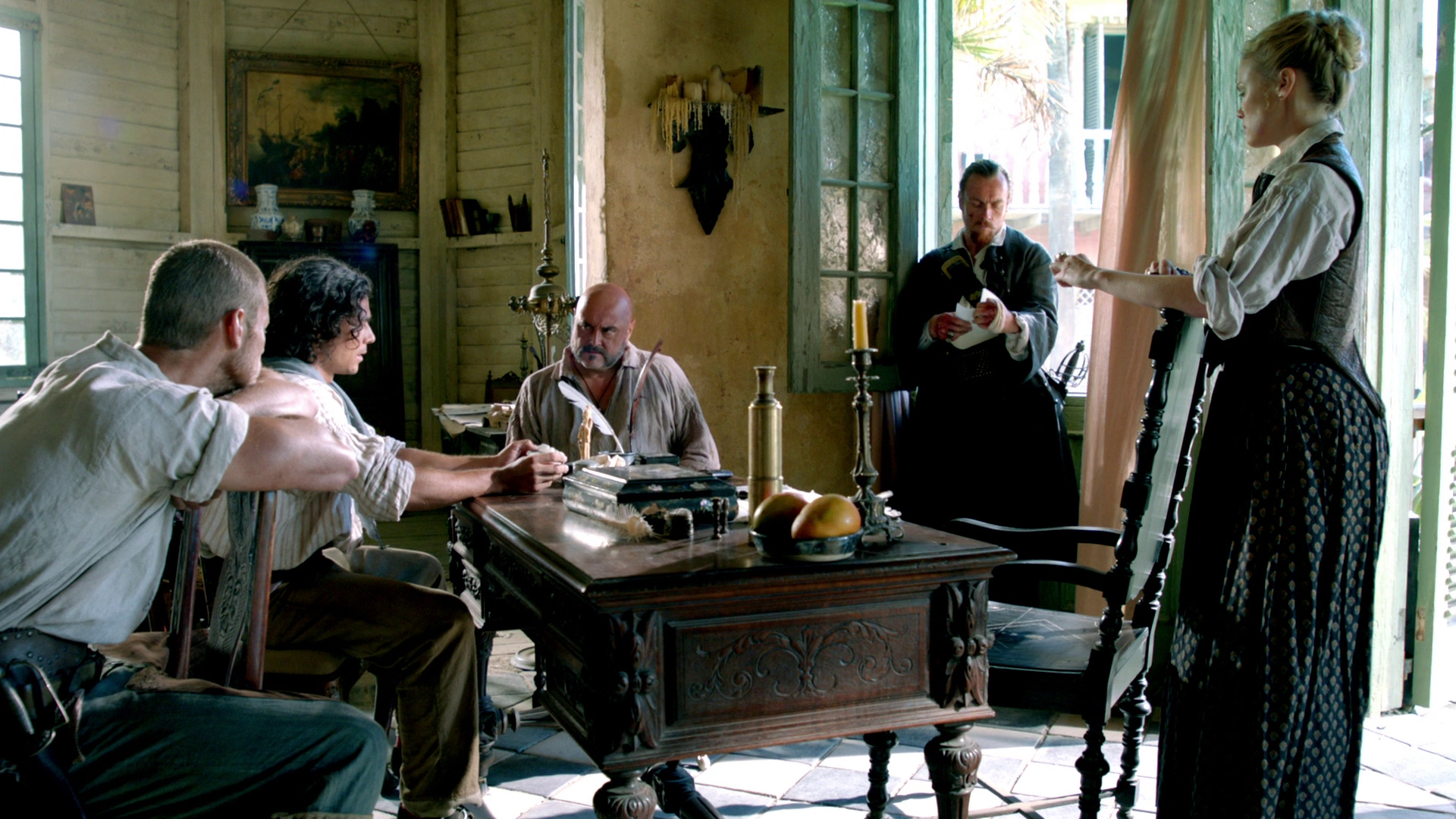 This three-disc set from Starz and Anchor Bay comes in packaging that is simultaneously beautiful and totally maddening. The foldout cardboard packaging features character glossy character portraits, but the discs are each relegated to their own extremely tight slots. It is damn near impossible to remove the discs without adding a ton of your fingerprints and possibly tearing the cardboard. Please don't do this again, Anchor Bay. The inner packaging fits inside an outer cardboard box with lenticular cover. A code to redeem UltraViolet digital copies for the episodes is included. There are a couple of short featurettes on disc three: Black Sails: An Inside Look (9:03/HD); Dressed to Kill (1:44/HD); Pirate Camp (2:23/HD); Folklore is Finished (3:26/HD); A Place in History (1:32/HD); and Building the Behemoth (3:05/HD).

Starz's rowdy Black Sails focuses on the inner workings of pirate politics and Captain James Flint's quest to recover a Spanish treasure in the port of New Providence. The Michael Bay-produced series features strong production design and solid acting across the board, and, while the drama is a bit shallow, there is plenty to enjoy in this first season. Recommended. 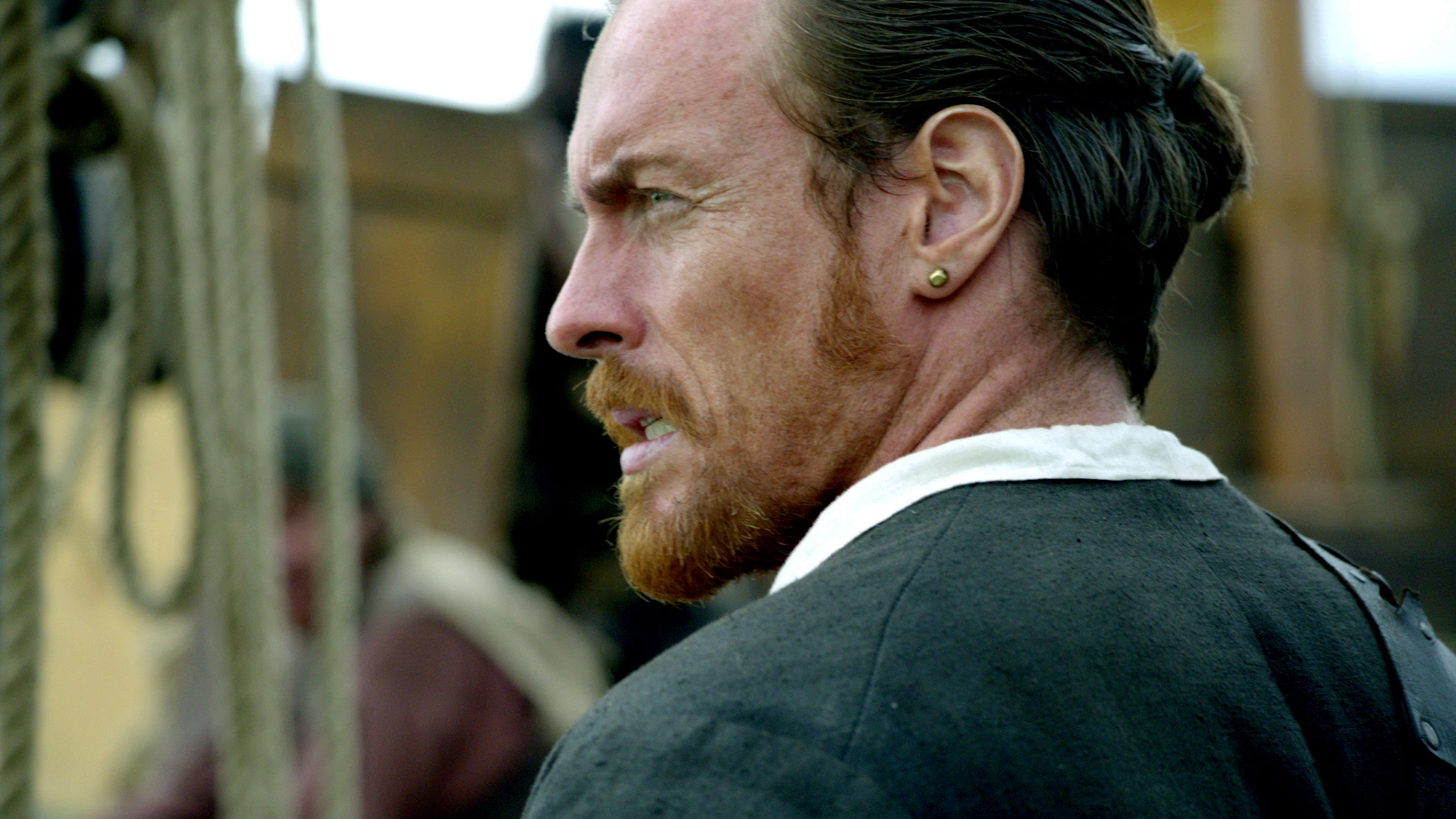 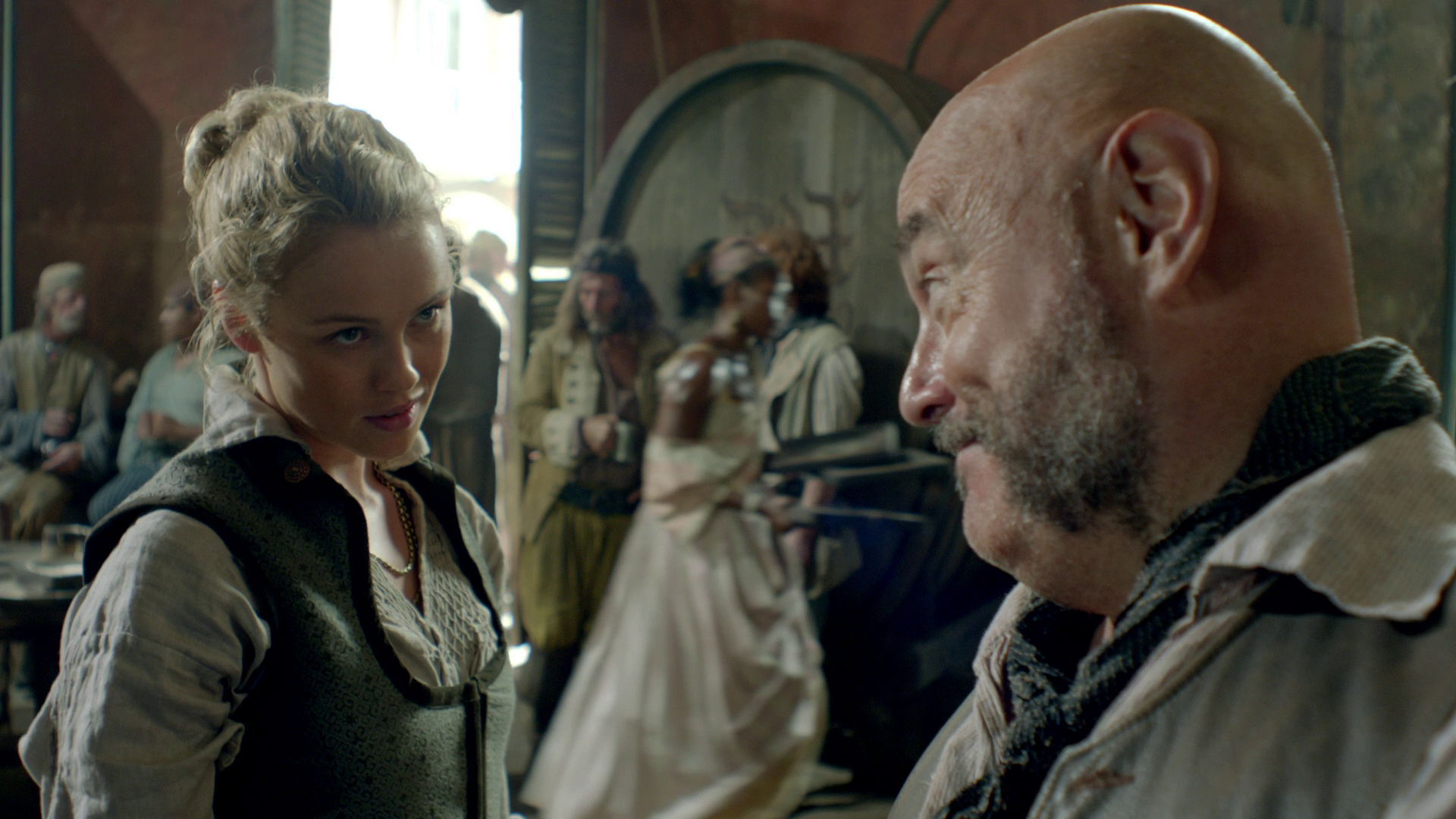 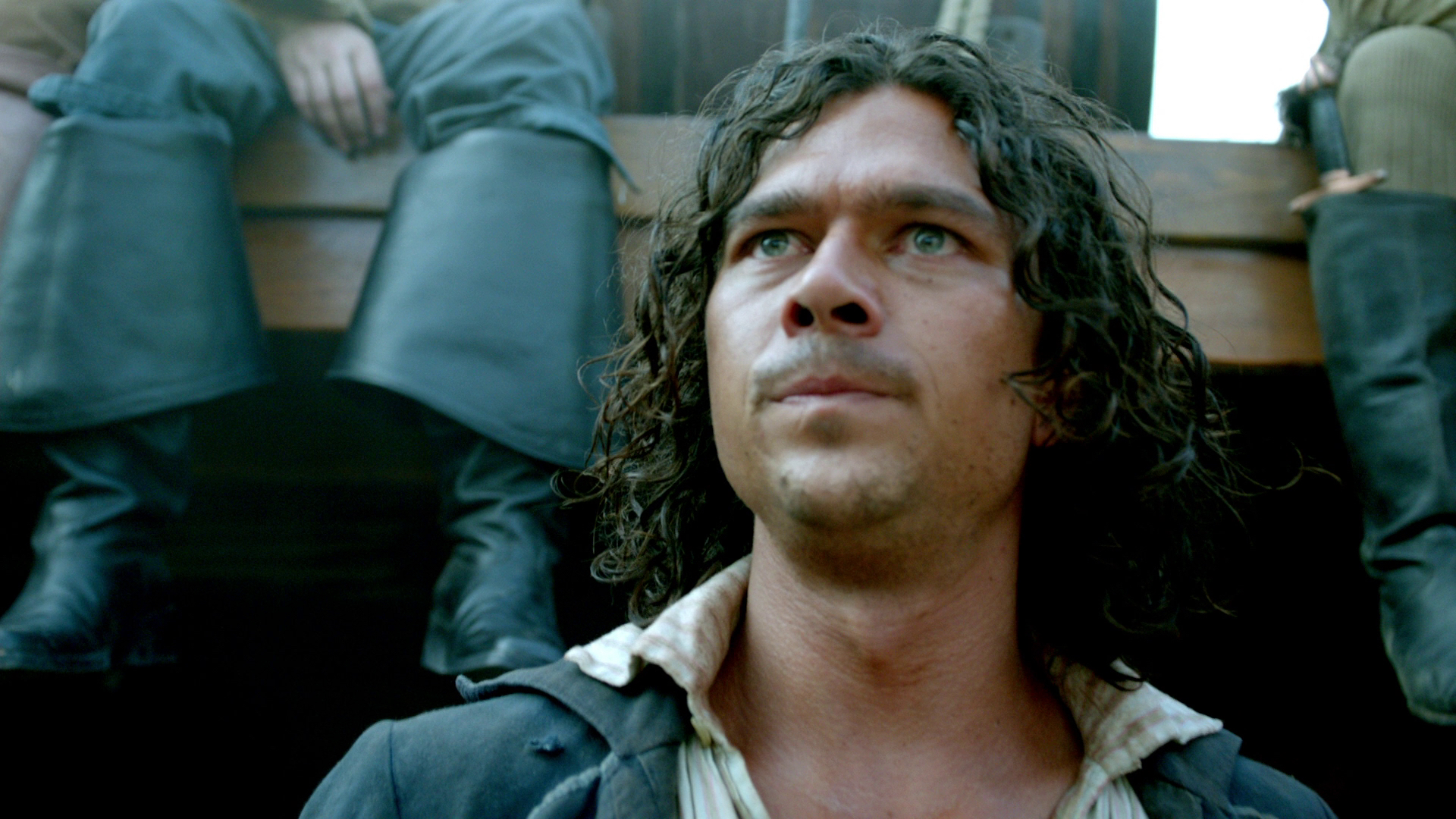 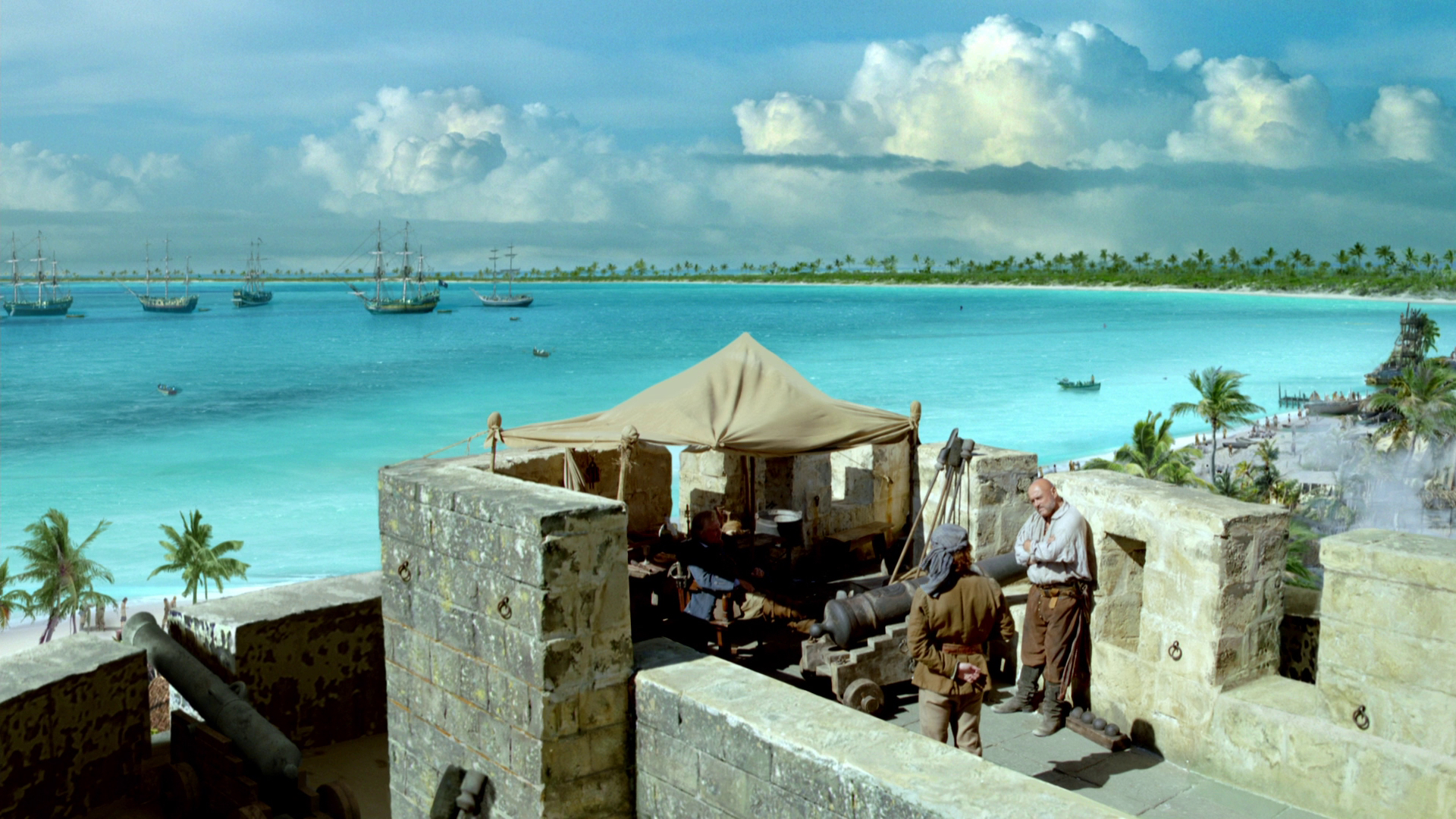 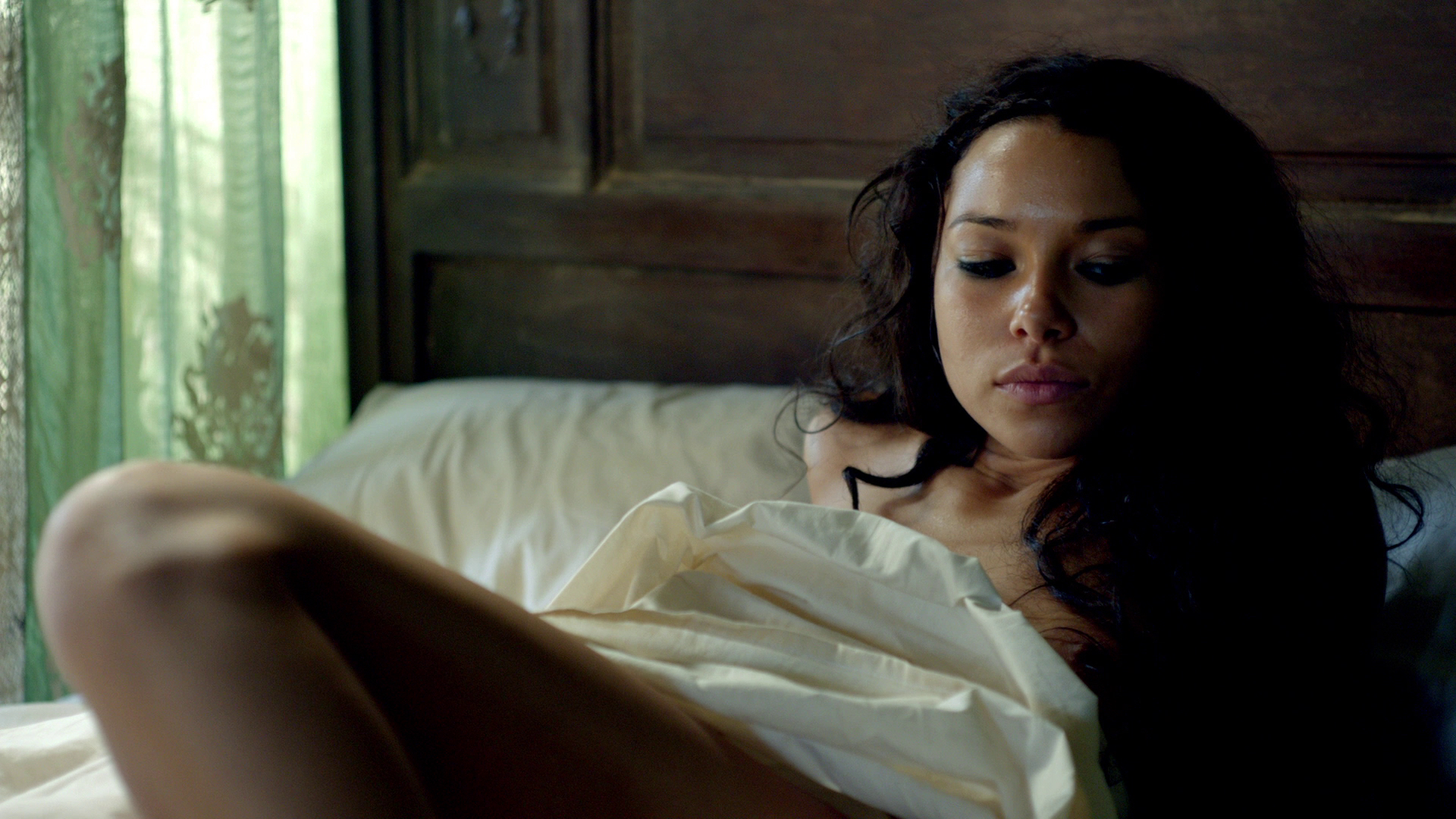 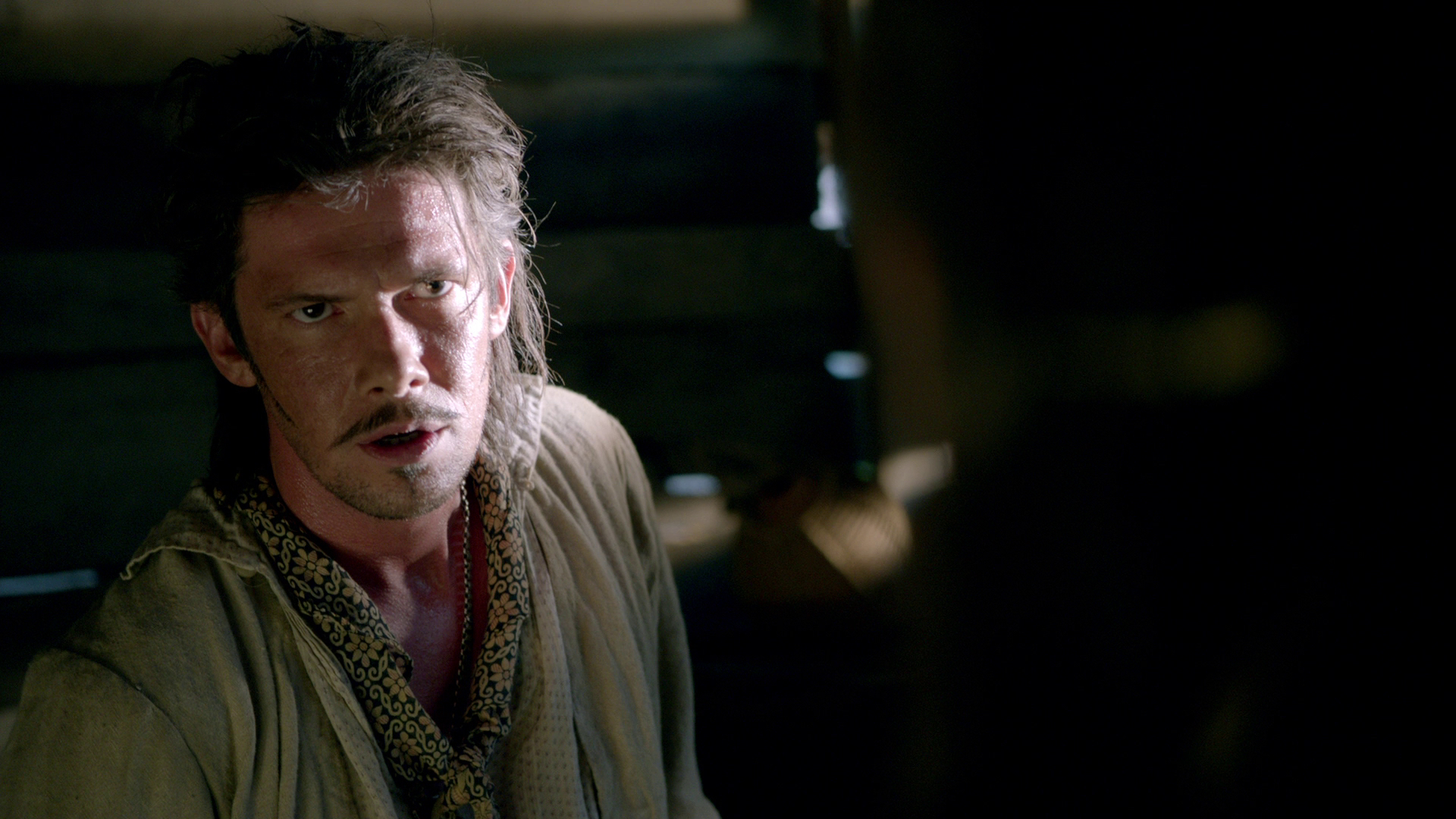 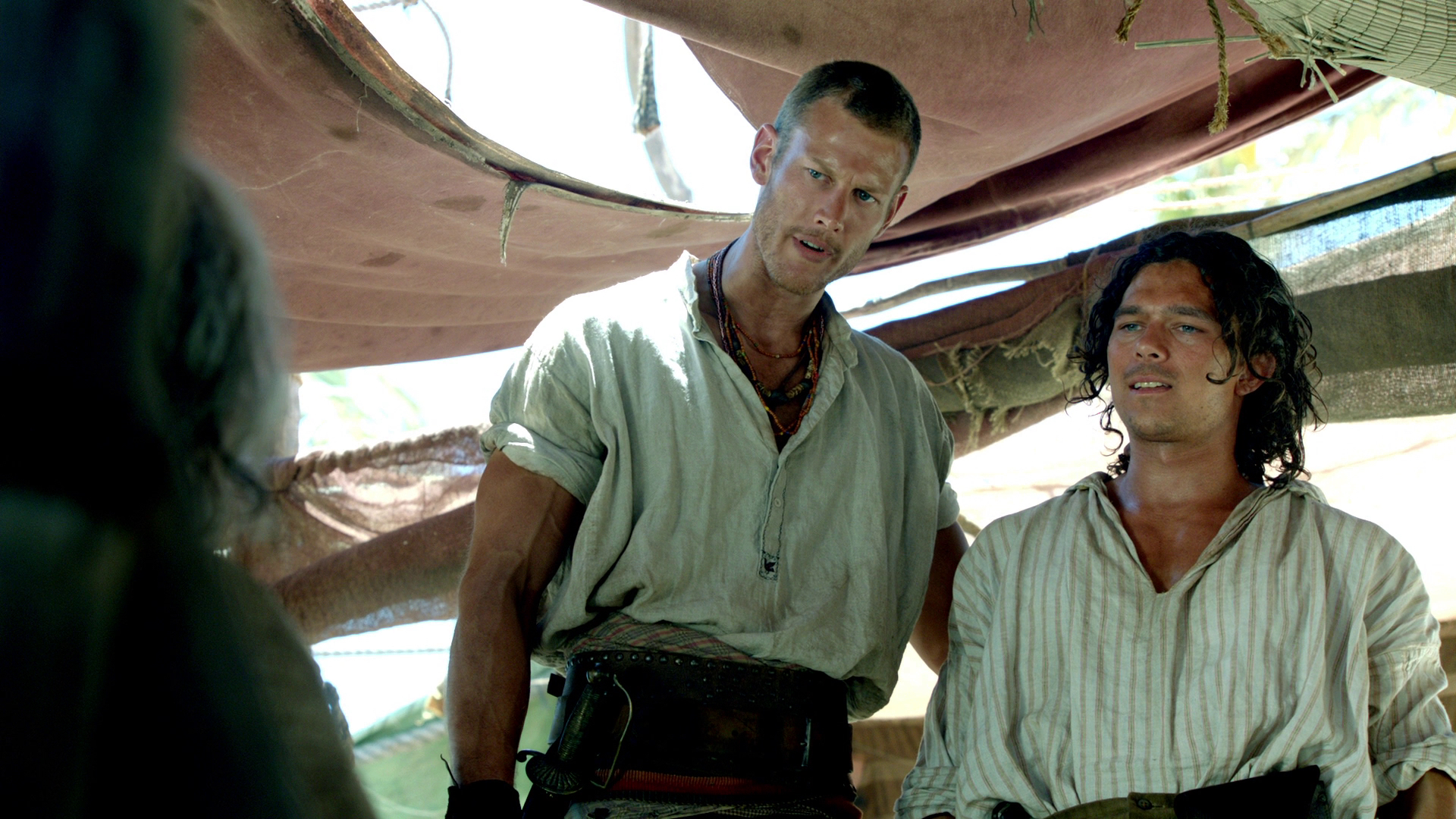 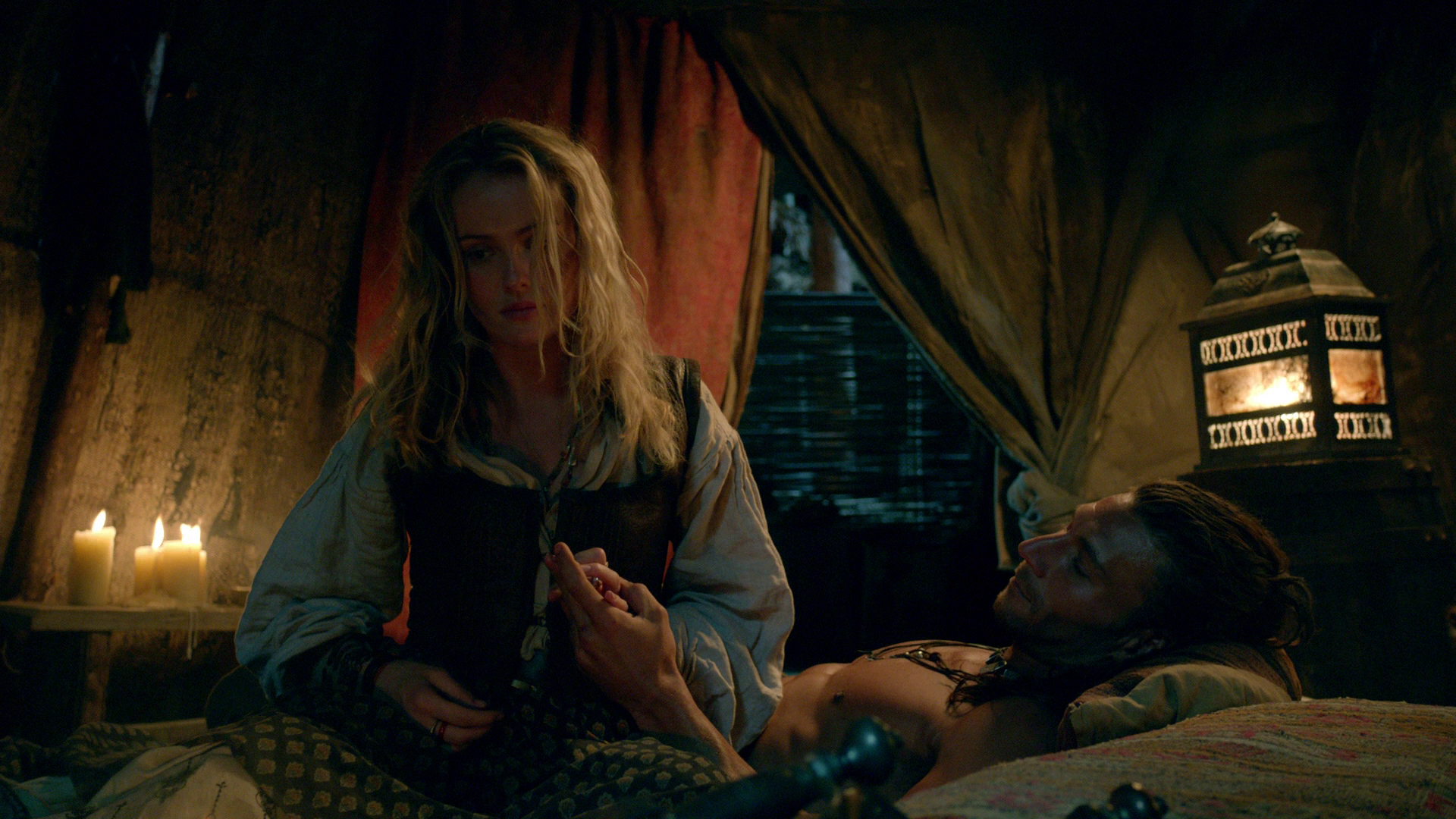