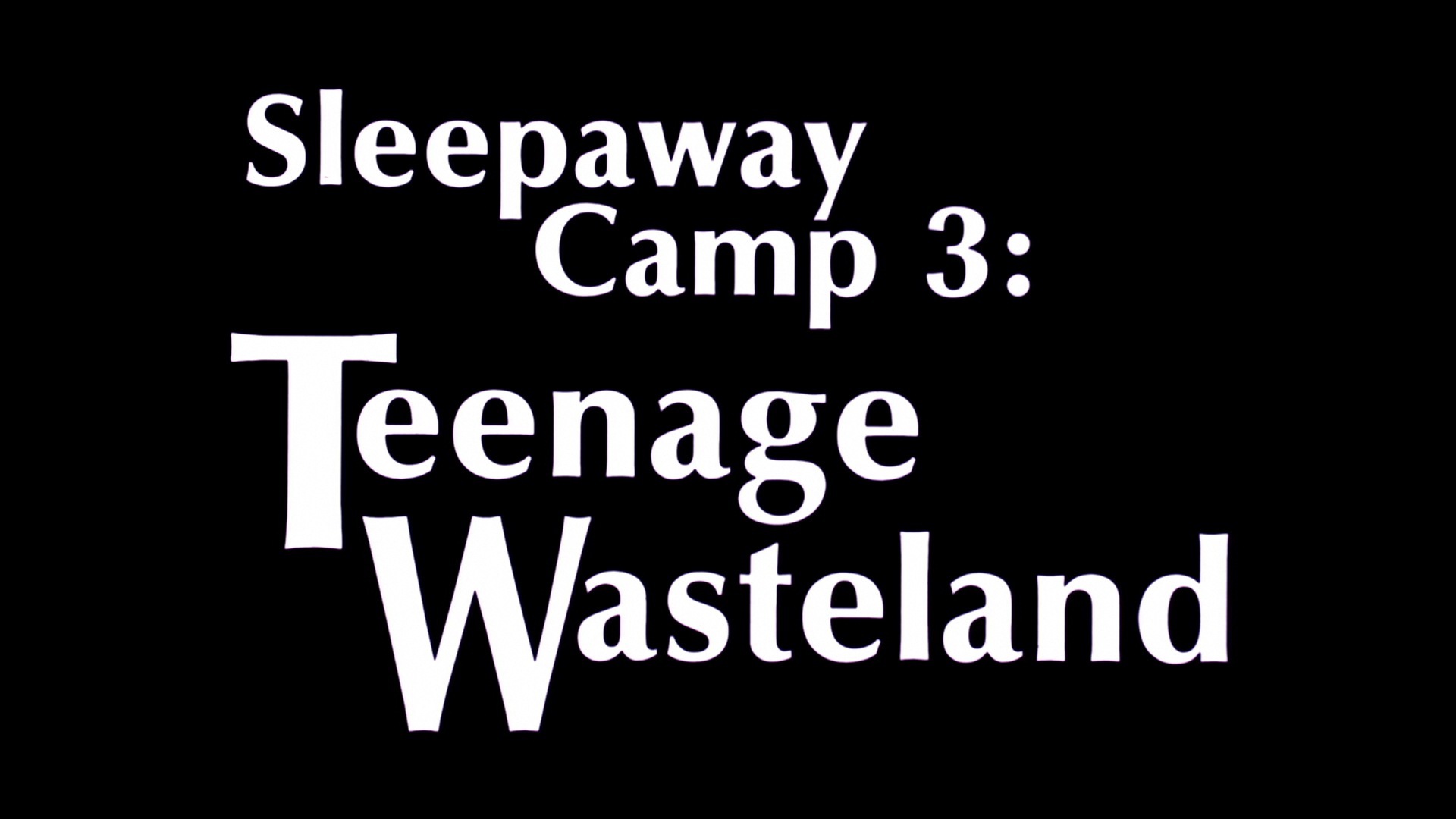 In the Sleepaway Camp canon, the third film, Teenage Wasteland, is my least favorite. Filmed back-to-back with the previous sequel, Michael A. Simpson's film feels stale and uninspired despite a wealth of violent effects. Transgender serial killer Angela returns to camp, now called New Horizons, to live among troubled youths taking part in a social experiment. You can really tell the filmmakers had run out of creative juice here, and Angela is again relegated to killing a group of unlikeable campers with little in the way of narrative framing. Sleepaway Camp III: Teenage Wasteland ran afoul of the MPAA ratings board, and the murder scenes are very obviously trimmed. Pamela Springsteen is still enjoyable as Angela, but this second sequel has trouble padding out its meager 80-minute running time.

The film opens on a young woman (Kashina Kessler) walking toward the bus that will take her to summer camp. She never makes it, as Angela Baker (Springsteen) runs her over with a garbage truck and dumps her body in the trash compactor. Less than a year after murdering a gaggle of teens at the very same campsite, Angela assumes the dead girl's identity and travels to Camp New Horizons. Angela's first victim is a snotty news reporter (Randi Layne) who insists on reporting about last year's murders. As determined as ever to have the perfect summer at camp, Angela begins killing counselors and fellow campers who threaten her oasis. 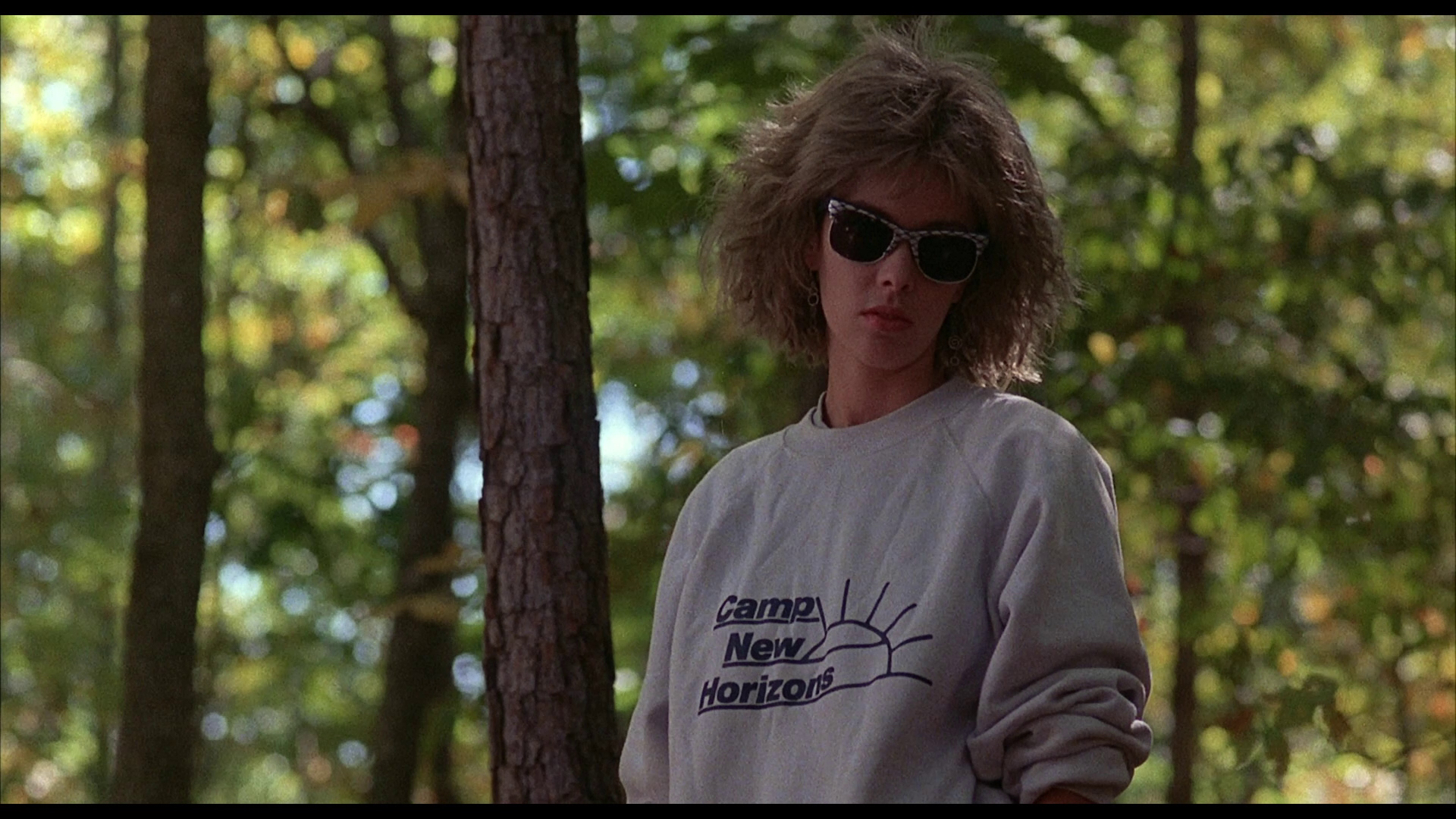 My biggest problem with Sleepaway Camp III: Teenage Wasteland is that the entire movie feels like it could have been compacted into a 20-minute sequence. Angela, counselors Herman (Michael J. Pollard) and Lilly (Sandra Dorsey), and several streetwise campers (Haynes Brooke, Kim Wall, Daryl Wilcher, Jill Terashita) head into the woods and things get bloody. This entire conflict feels like the unnecessarily elongated opening act of a better movie. The film hints at bigger social commentary by making some of the campers rich and entitled and others poor and delinquent. The threat of class warfare is short-lived, as Angela's knife does not discriminate.

The previous sequel was not exactly a narrative revelation, but Teenage Wasteland simply goes through the motions. Dorsey is kind of funny as the clueless camp matron, but none of the other characters is likeable or relatable. Springsteen appears to have fun playing Angela again, but the kill-with-a-smile joke wears thin by the time the credits roll. Neither sequel makes any real attempt to show how little Angela Baker made her way from Camp Arawak into adulthood, and I seriously doubt she would have been released back into society from juvenile detention without some supervision. 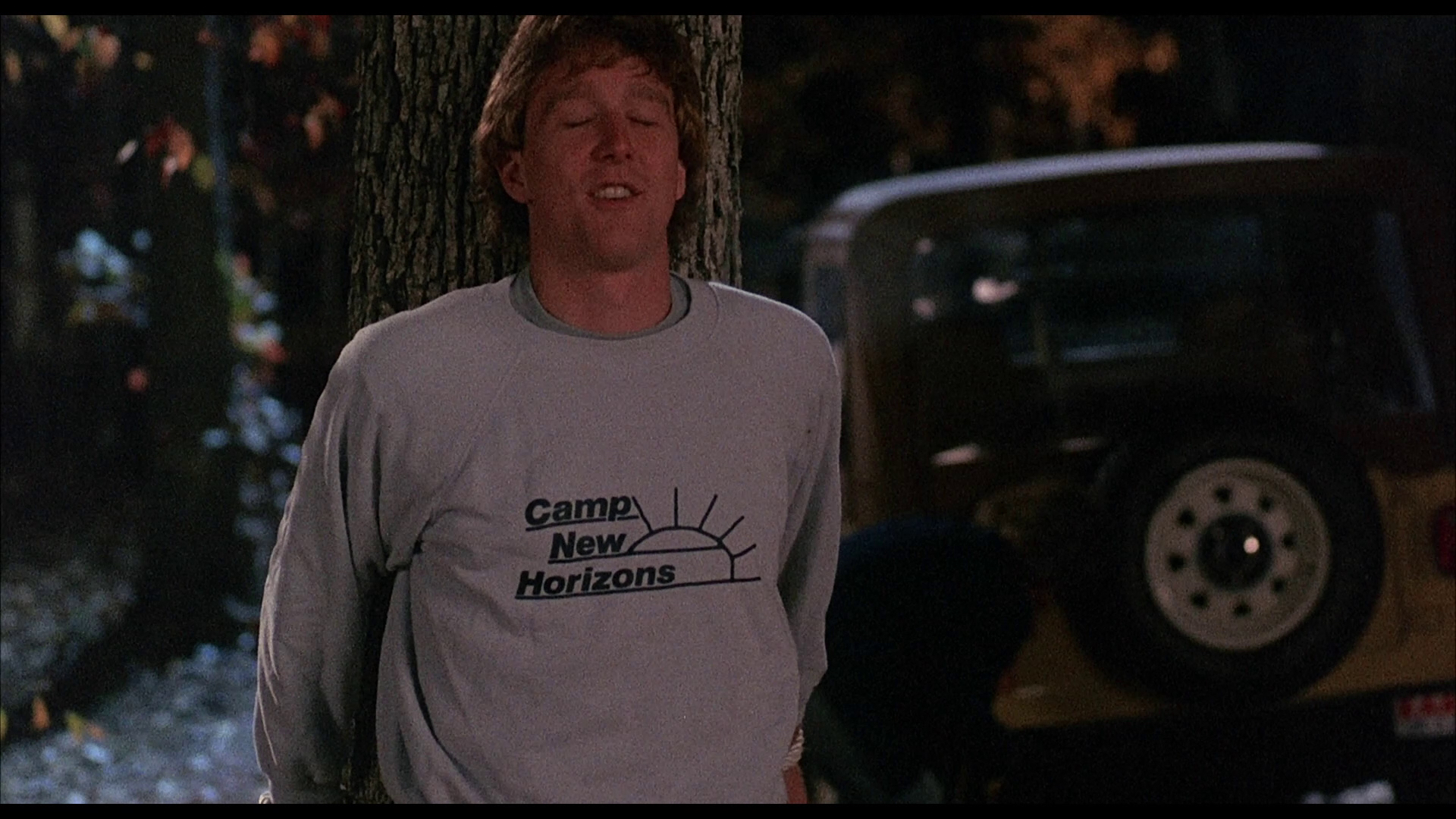 Teenage Wasteland is probably the goriest of the sequels, but, ironically, most of the gore is not shown in this theatrical version. The MPAA balked at some of the nastiest gags (a firecracker to the face, a lawnmower to the face, the fast-approaching ground to the face), and Simpson made heavy cuts to get his contractually obligated R rating. Viewers can see this original gore in the bonus features, which fans of the series should appreciate. The film is not totally without merit thanks to Springsteen and Bill "Splat" Johnson's effects, but Teenage Wasteland runs on fumes. Neither as intense as Sleepaway Camp nor as funny as Sleepaway Camp II: Unhappy Campers, Teenage Wasteland sends Angela out with a whimper.

This 1.78:1/1080p/AVC-encoded transfer is very similar in quality to Sleepaway Camp II's Blu-ray presentation. Noise reduction and edge halos are not a problem, but there is some print damage and heavy grain. Fine-object detail is decent, though some sequences are noticeably softer in appearance. Colors are brighter in this sequel, and black levels are acceptable.

The DTS-HD mono track is also very similar to the previous sequel's soundtrack. Dialogue is clear but not particularly weighty, and the mix is mostly front-loaded. The music is given more heft, and there are some light ambient effects to fill the room. English subtitles are included.

Scream Factory's two-disc set includes the Blu-ray and a DVD copy of the film. The discs are packed in a standard case. The cover artwork is two-sided. The front contains newly commissioned artwork and the back features the classic poster art. The slipcover duplicates the new artwork.

Extras include A Tale of Two Sequels: Part II (26:12/HD), with input from Simpson, Dorsey and Johnson, among others. This piece has a slight edge over Part I, as the interviews are a bit better. Still, Springsteen's absence is disappointing. There is some Behind the Scenes Footage (8:28/HD), narrated by Simpson, of the garbage truck kill, alongside the full Workprint Version of Teenage Wasteland (1:24:48/SD), which is pulled from a VHS source but includes the excised gore. You also get some Deleted Scenes (18:46/HD), the film's Home Video Trailer (2:38/HD), a Stills Gallery (4:12 total/HD), and the Short Film: Tony Lives! (1:10/HD), which is a brief goof with actor Mark Oliver. Finally, there is an Audio Commentary by Director Michael A. Simpson and Screenwriter Fritz Gordon, again moderated by John Klyza, that provides plenty of lighthearted discussion of the film.

My choice for least impressive film in the franchise - the unfinished Sleepaway Camp IV aside - Sleepaway Camp III: Teenage Wasteland runs on fumes despite some fun kills and another committed performance from Pamela Springsteen as murderous, transgender Angela Baker. The film is not great, but horror fans will want to add Scream Factory's nice Collector's Edition Blu-ray to their collections alongside the previous two films. Recommended. 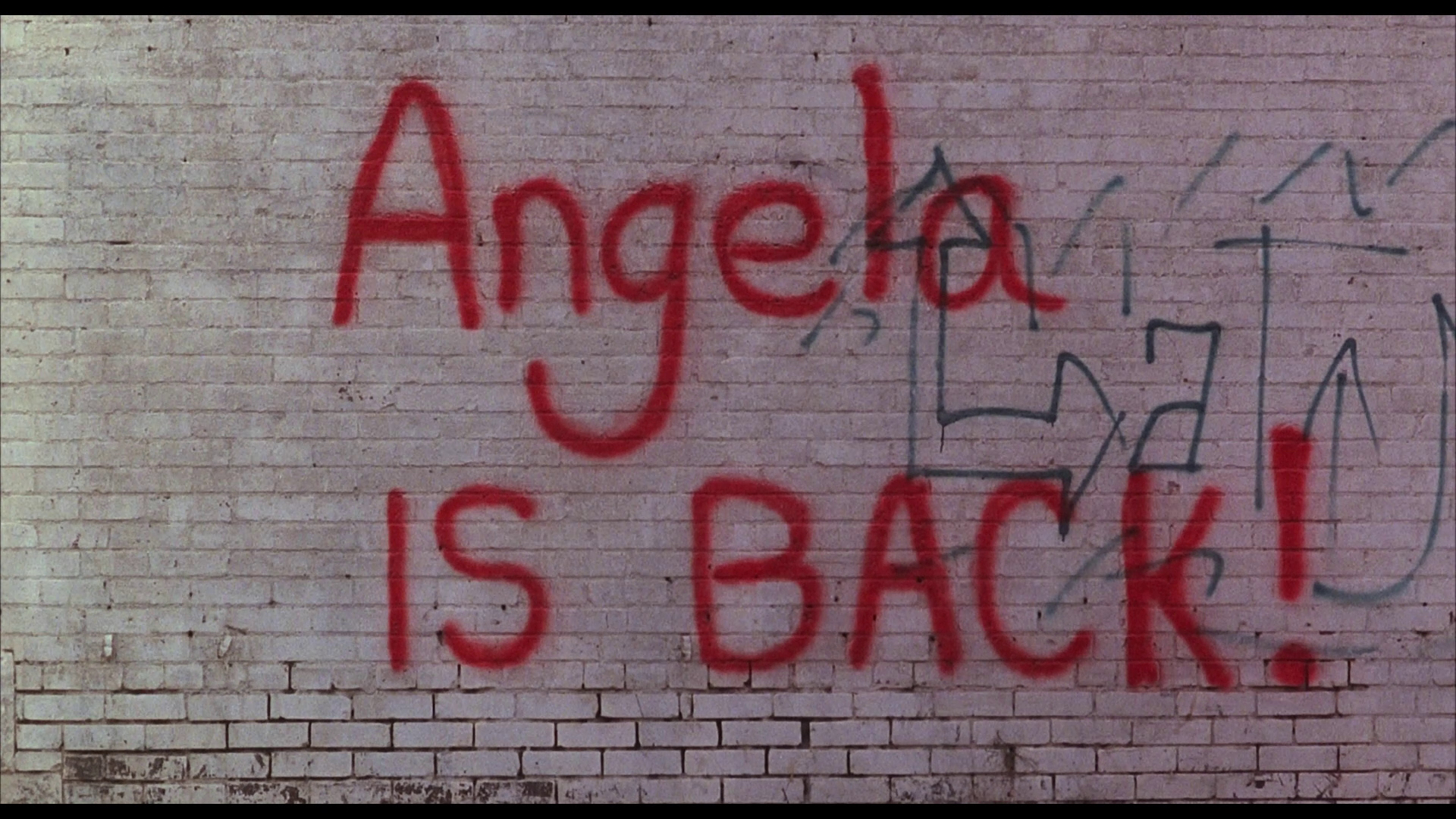 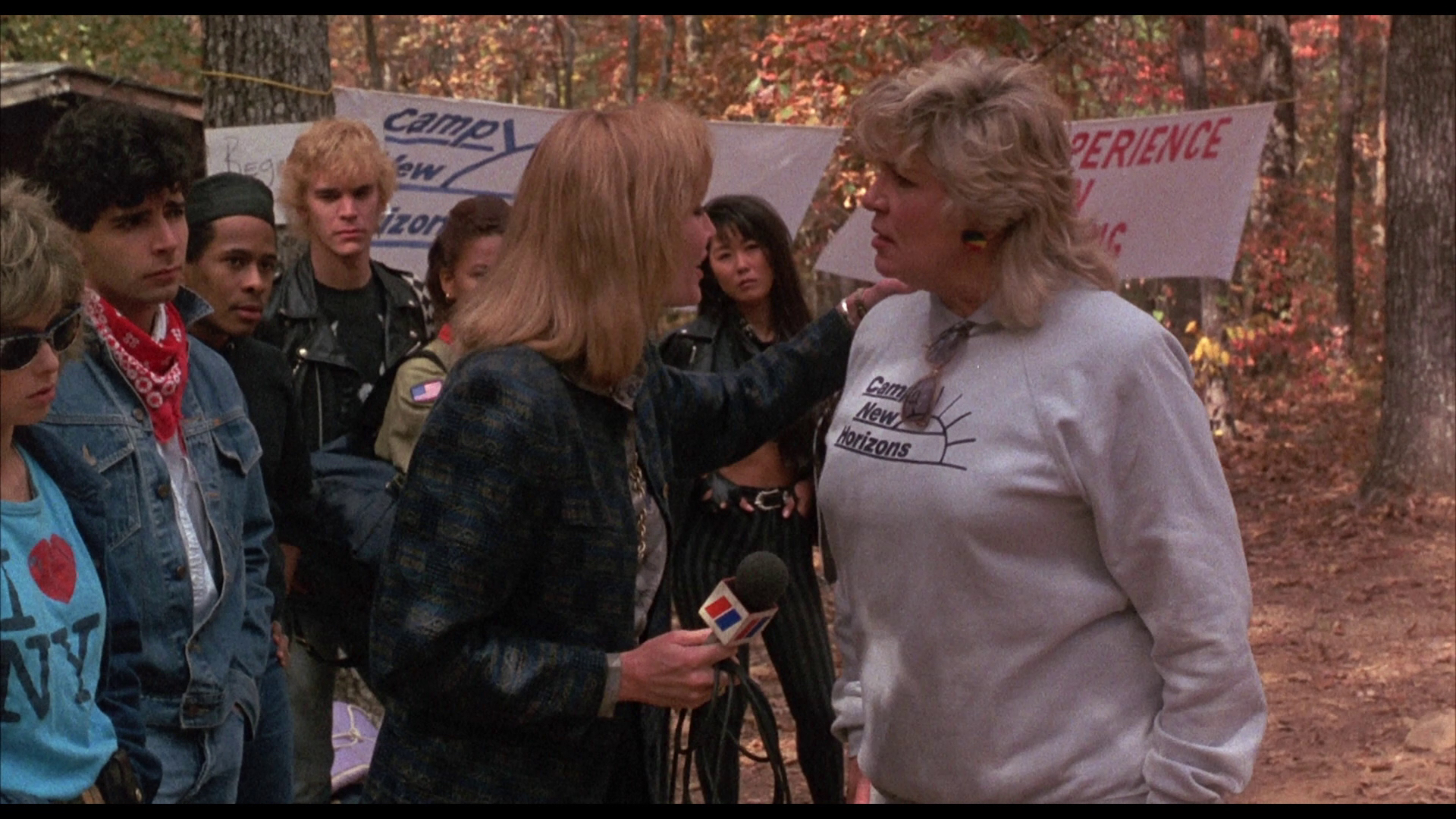 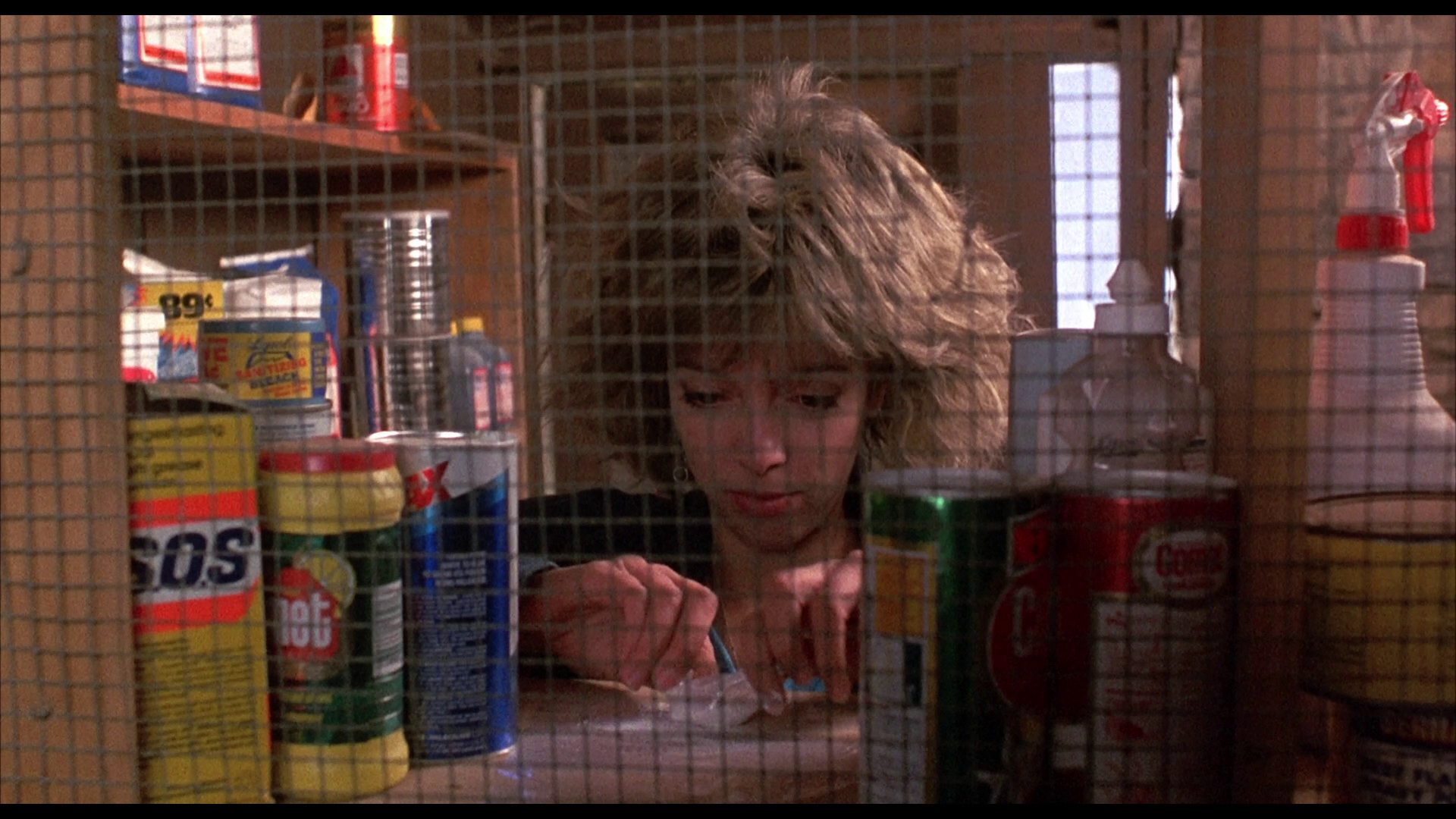 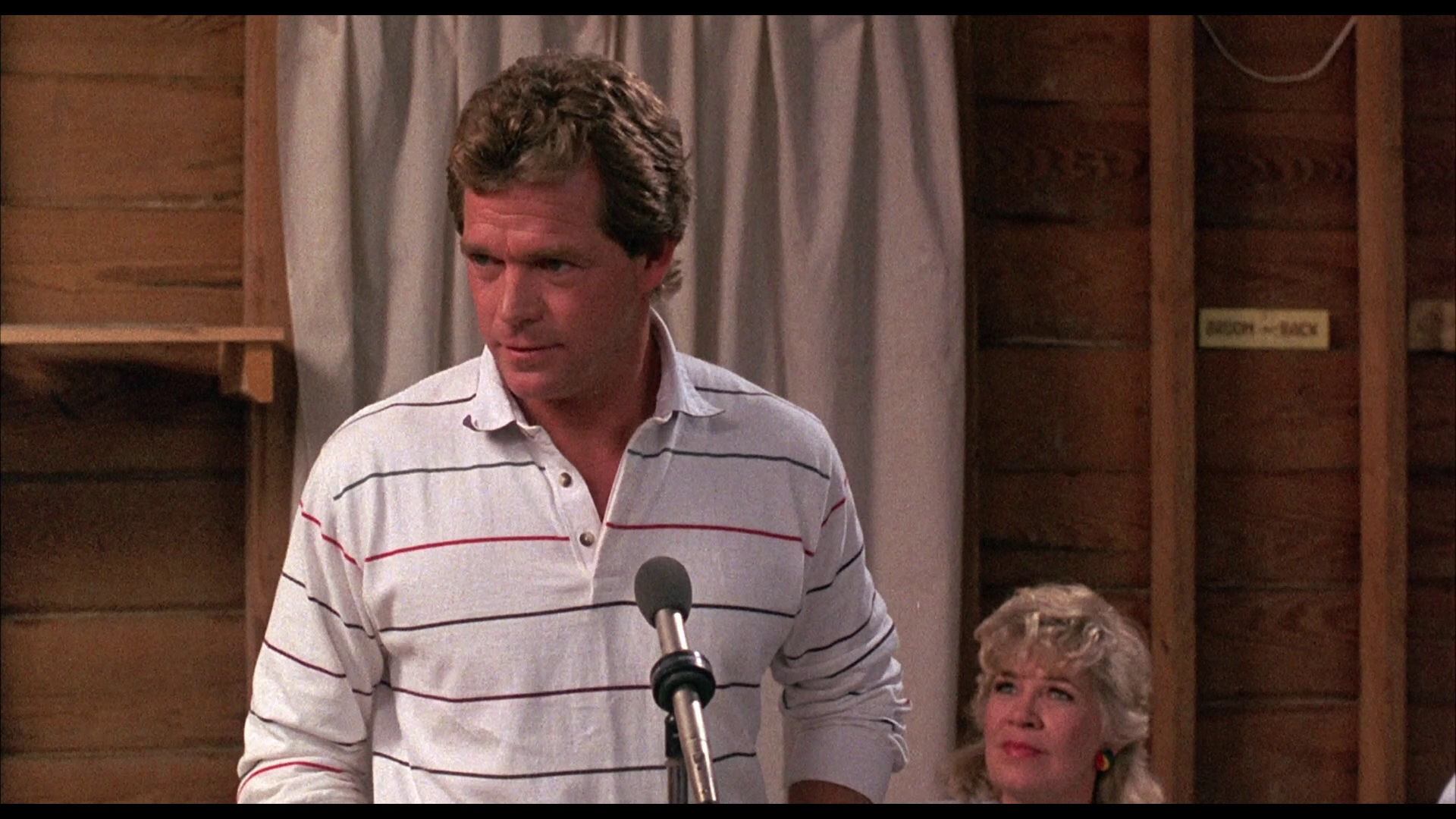 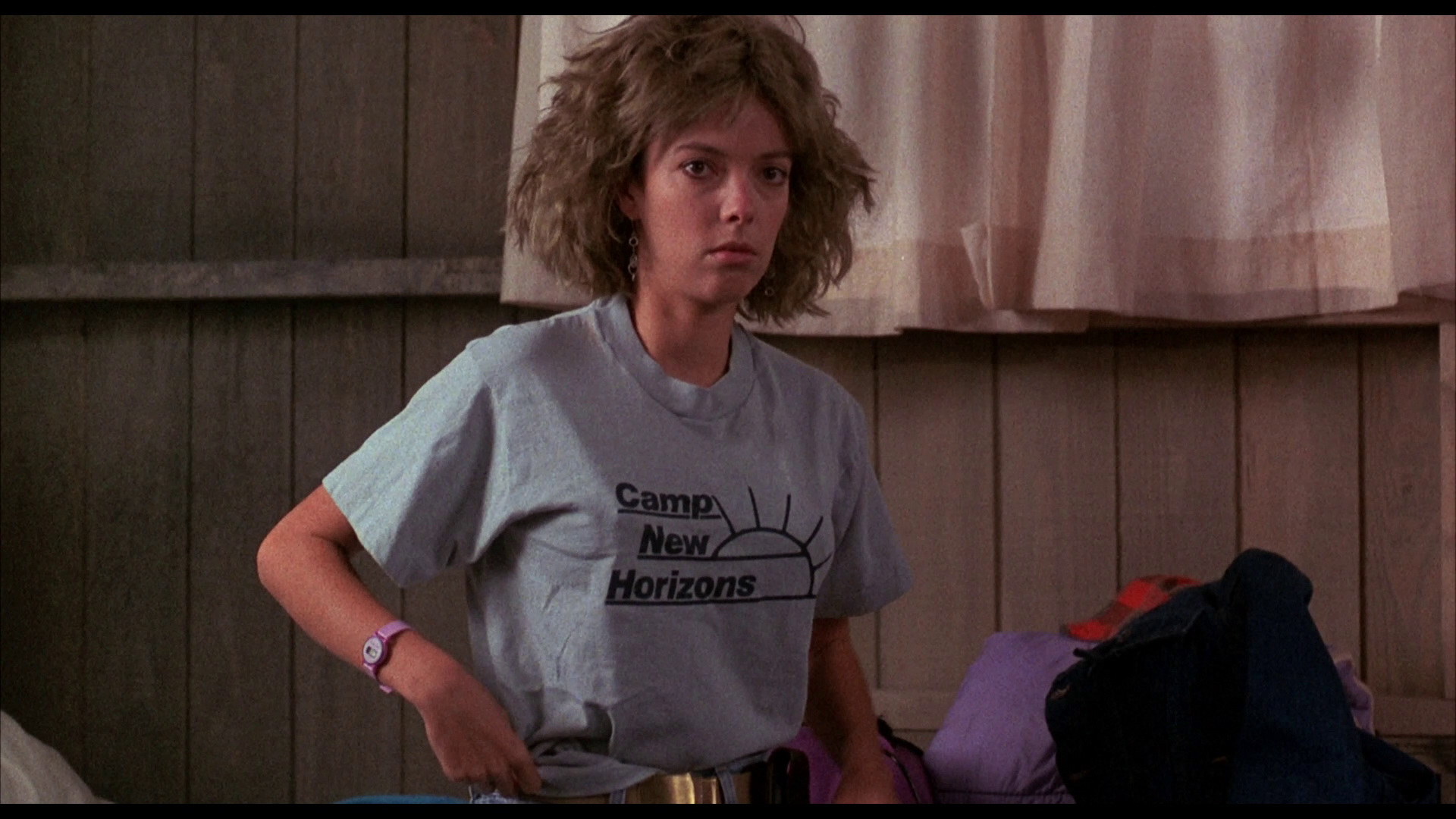 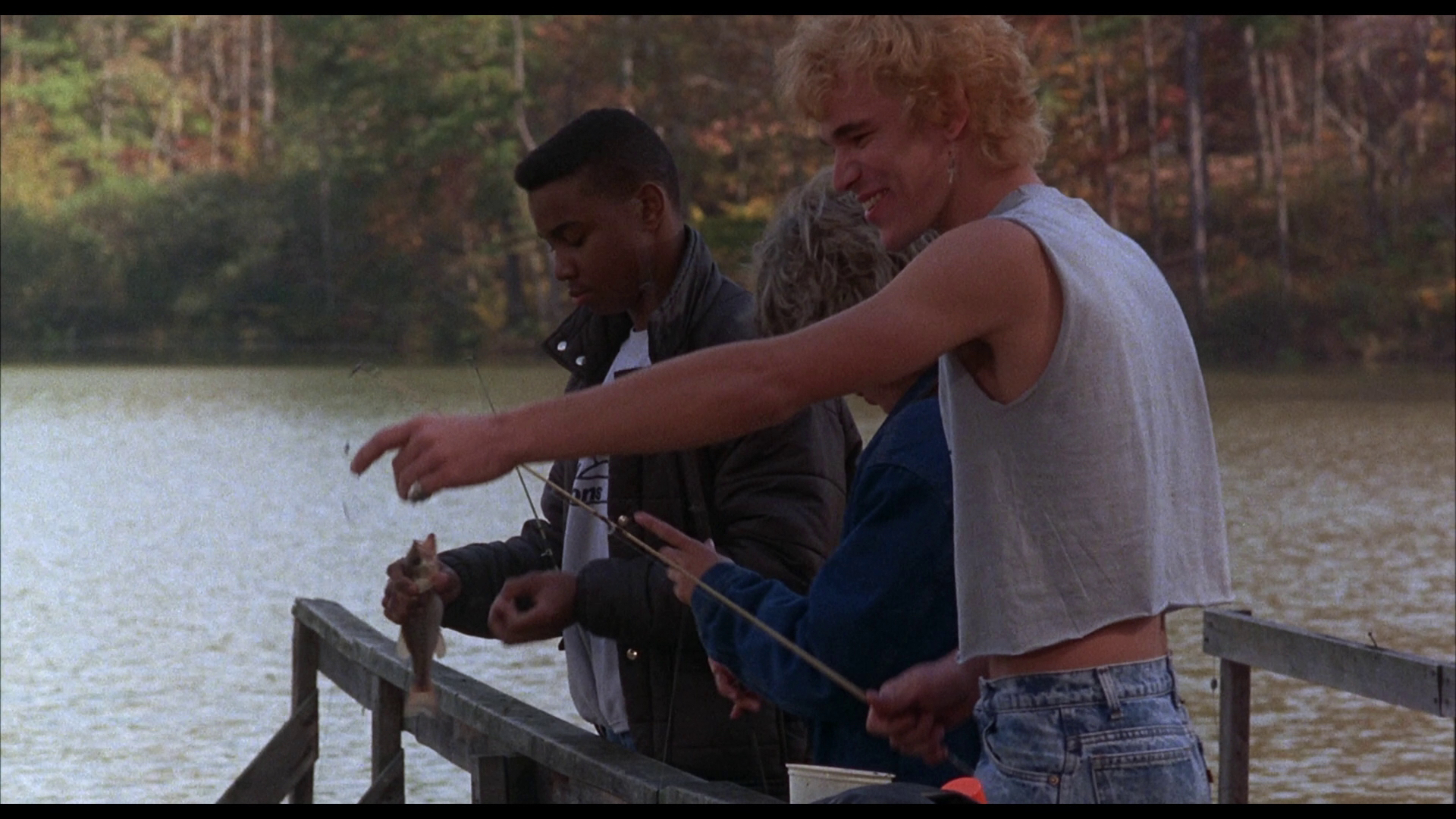 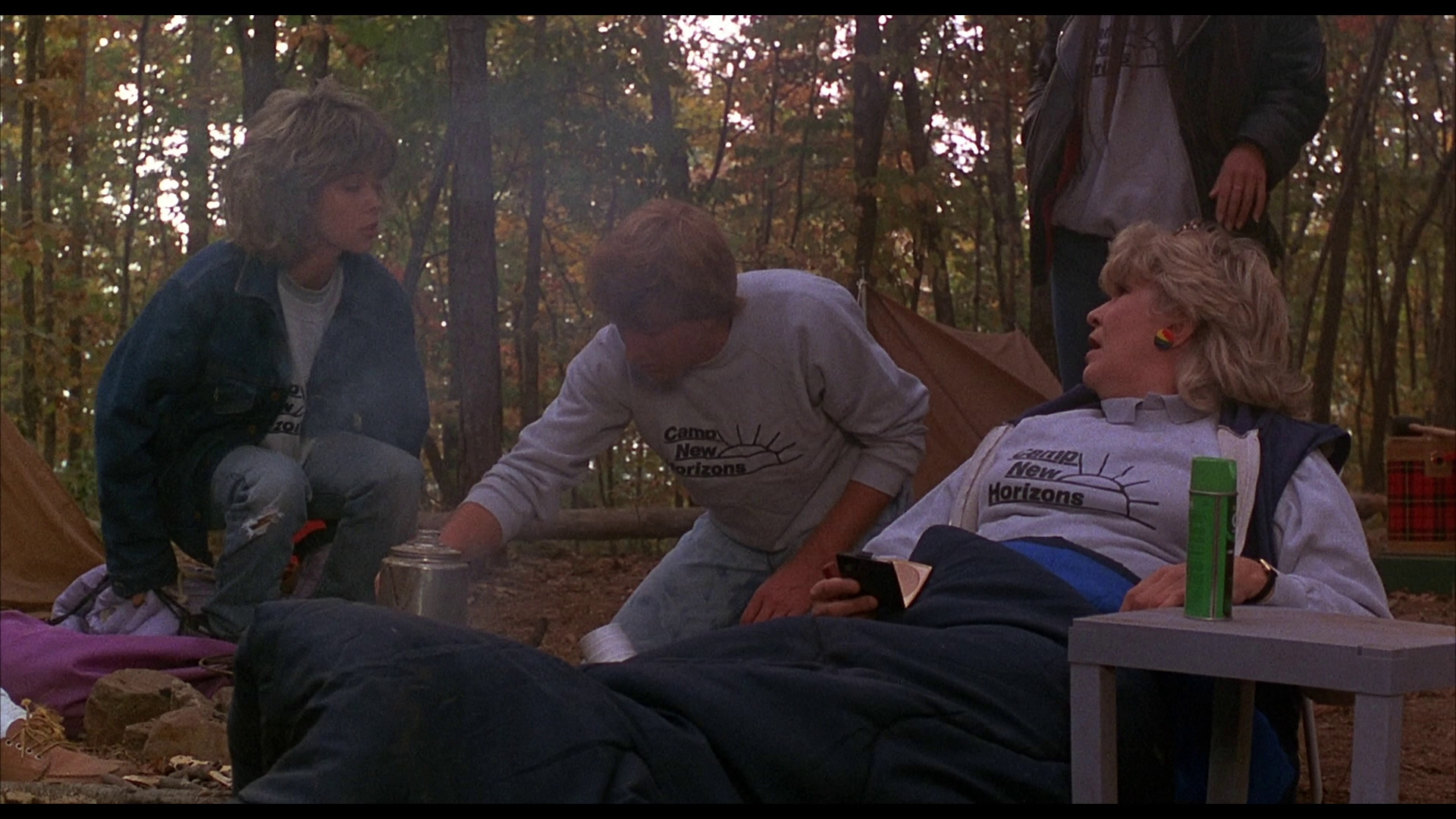 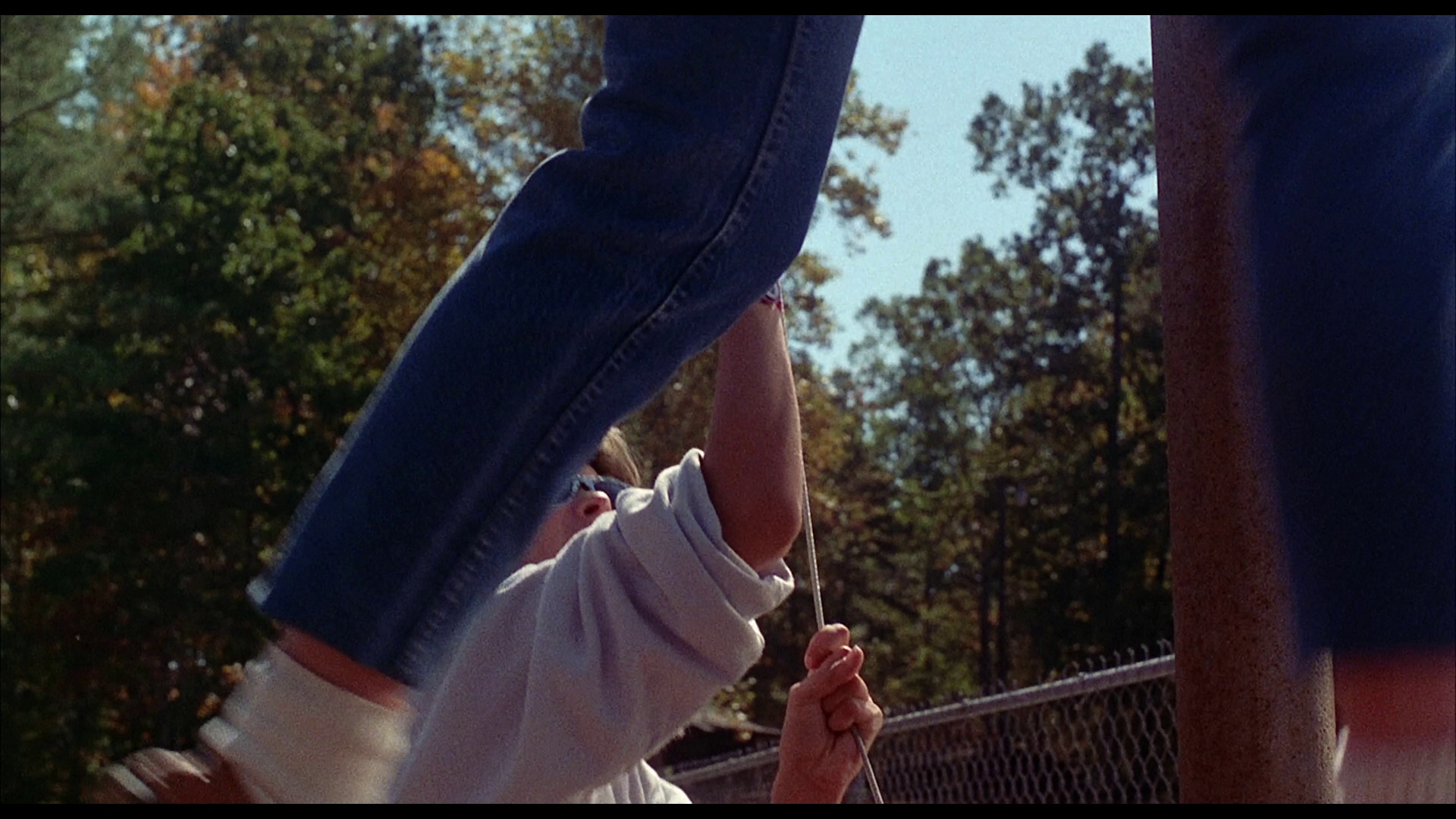 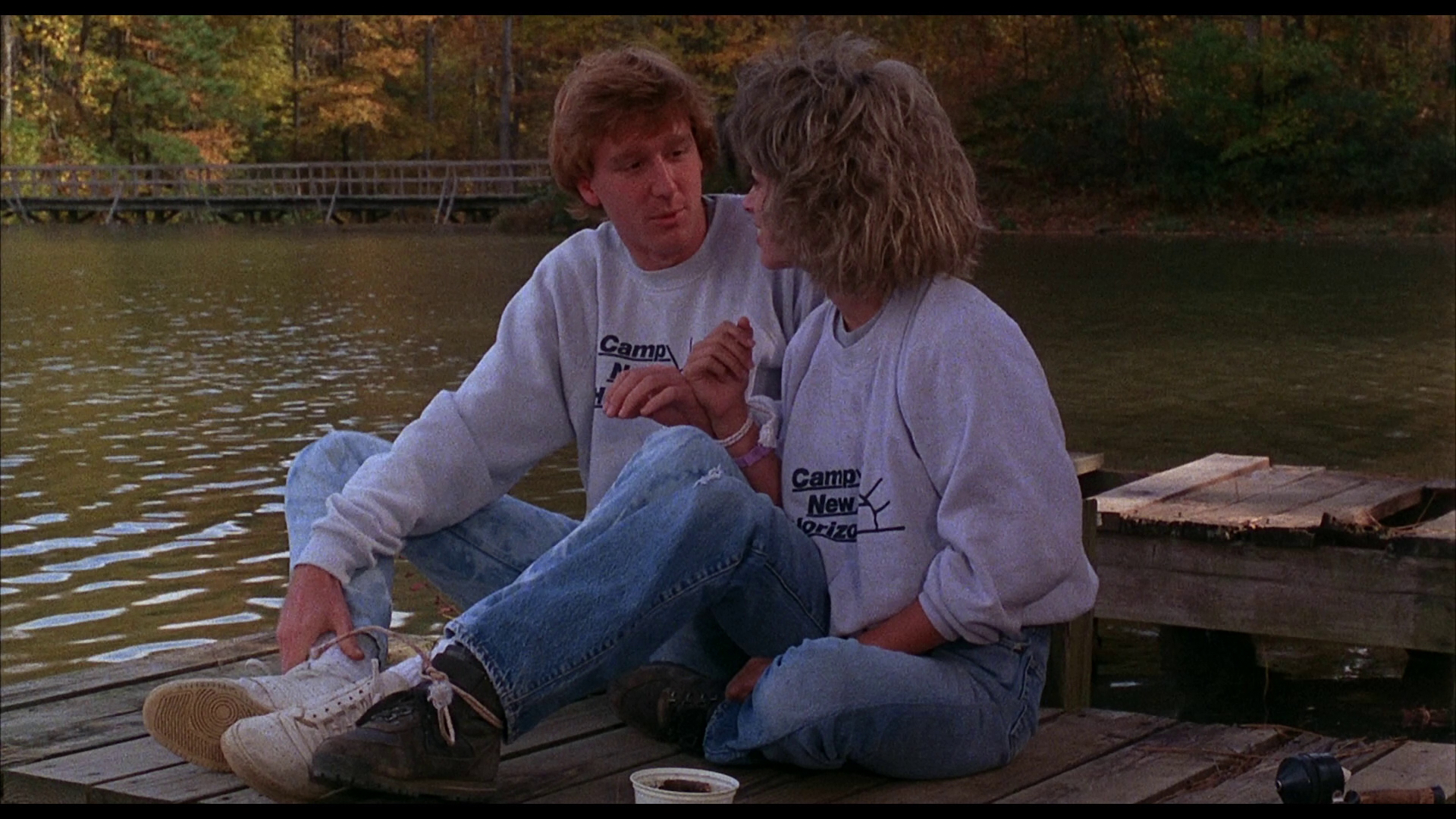 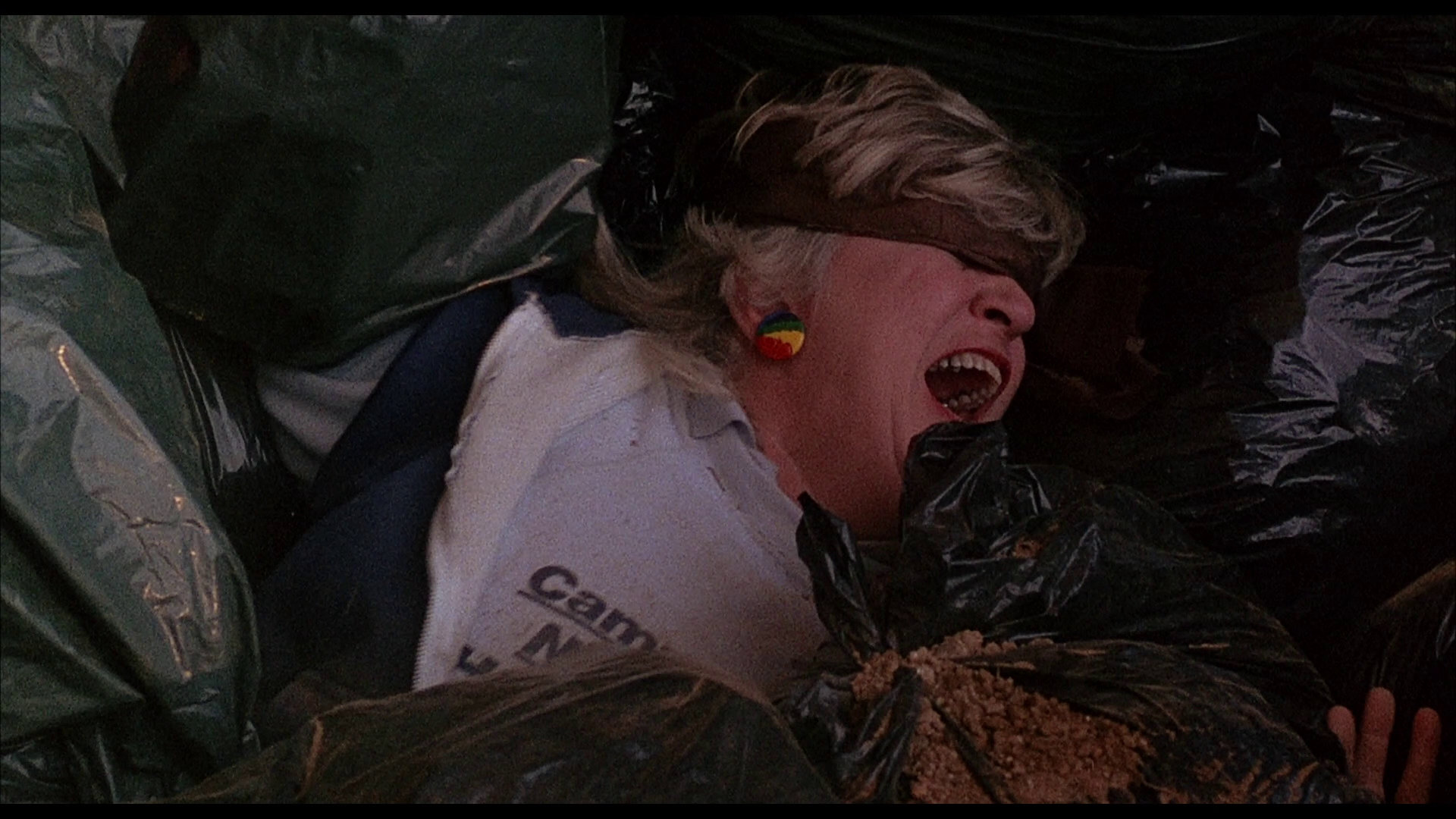 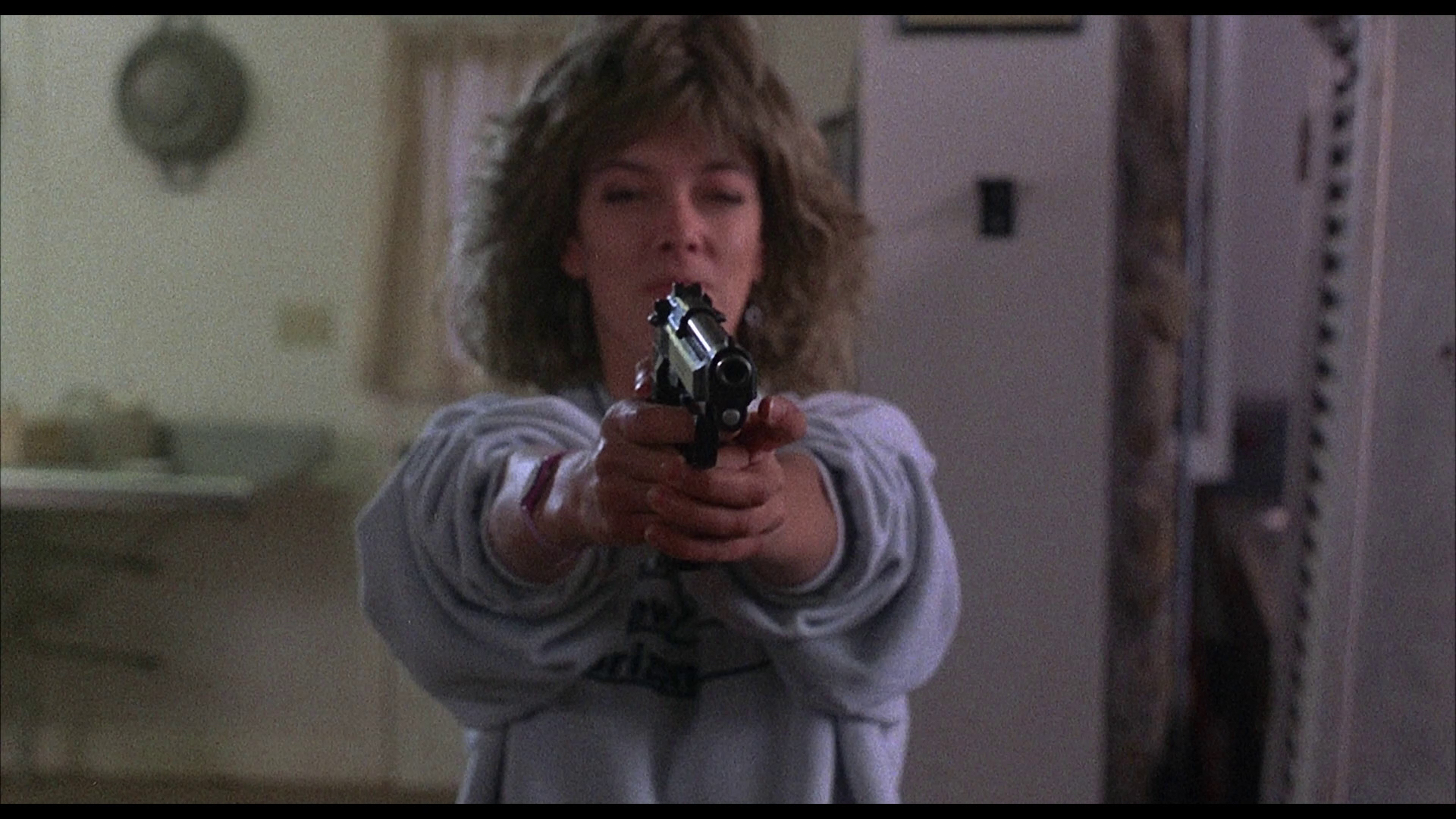 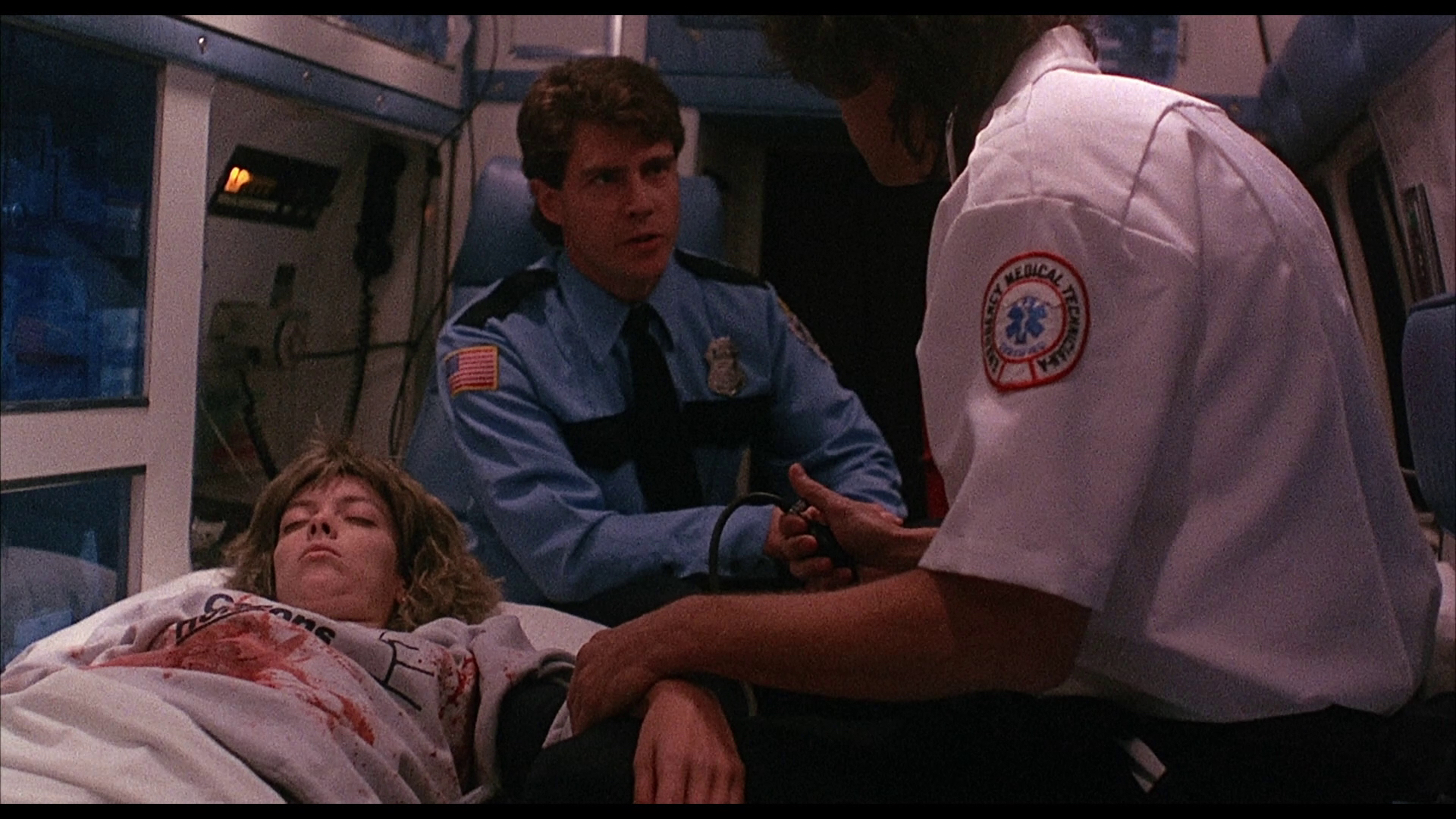