Universal // Unrated // March 24, 2015
List Price: $19.98 [Buy now and save at Amazon]
Review by Francis Rizzo III | posted June 15, 2015 | E-mail the Author
Note:
My wife Nicole and my daughter Emma return as guest reviewers to take on the task of tackling a feature film that I have no desire to watch.

In 10 Words or Less
Where ghouls rule the school! 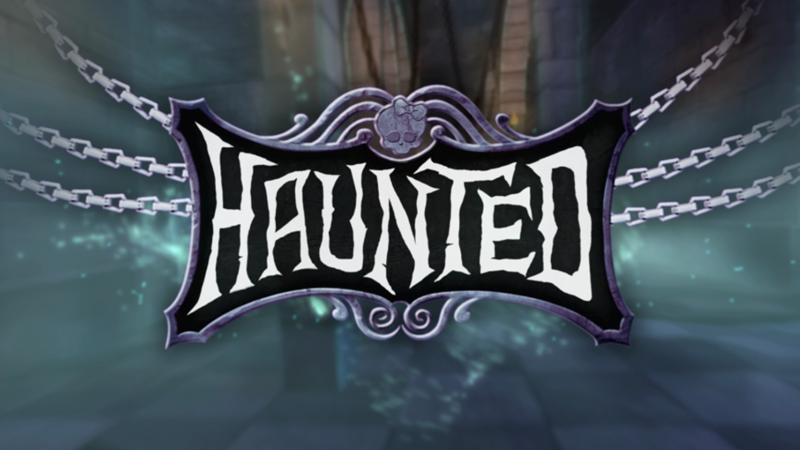 
The Movie
Set in the town of New Salem, things are a bit different than your average run of the mill high school. At Monster High, the students are the offspring of famous monsters and other creatures that go bump in the night.

Student blogger Spectra Vondergeist is desperately looking for her next big story. Anything, something, that will surely cause a stir with her readers. While feverishly scouring the howlways of Monster High for friends with the latest scoop, Spectra discovers she isn't alone. Spooked by the thought that she's being haunted, the rumor-seeking, gossip-searching ghost finds herself in need of her best "ghoul"-friends.

As her friends begin to worry about Spectra, they discover that she's found a lead after all, at her old school, Haunted High. Led by the fierce and fashionably stylish Clawdeen Wolf, friends Draculaura, Rochelle Goyle, Twyla, and Sirena Von Boo travel to a dimension they only believed existed in stories. A realm where only ghosts exist and all other monsters are considered "solids," and are feared rather than welcomed. 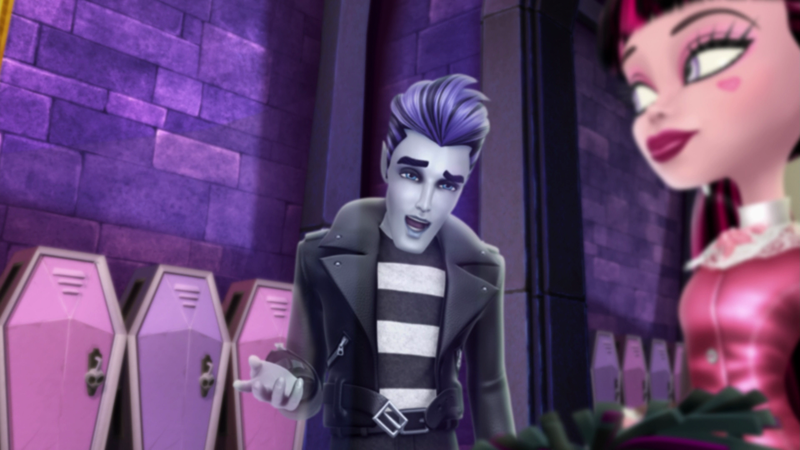 As luck would have it, Spectra and the rest of the ghouls stumble upon each other and come face to face with the friendliest, wackiest and most fearless ghost a "ghoul" could ask for, River Styxx, daughter of the Ghost Reaper. Wanting to help Spectra, River, along with her pal, Vandala Dubloons, tell the tale of "The Red Lady," a famous ghost from the other world who was punished and locked away in chains for her notorious hauntings. Sure that her friends at school can help, Spectra invites them to come visit Haunted High but the laws of physics are not on their side as they soon find out.

Leave it to Twyla, daughter of the Boogie Man, to come up with a plan to get the girls into the school under disguise. A little of this and a little of that and it's only a matter of time before the girls and what they're up to becomes transparent and Spectra discovers she's more problems than a lack of a story.

As with most high schools, the Principal is the "head" of the school. At Haunted High, Principal Revenant does more than just lead the students, she rules over them with the help of her Hall Moaniters Past, Present and Future. With students spirits so low due to the over abundant distribution of detention chains, its up to the girls to work some magic.

Emma's Take
It was fun watching this movie. I liked all the characters, but I also like Twyla and Vandela Doubloons and River Styxx and Kiomi. I liked when Twyla became a ghost, because she looked pretty. I also liked the really funny parts, like when Twyla's dad's boogie sand turned Rochelle into a blob. The movie wasn't scary at all. The beginning music is good, but I don't like the Red Lady and I don't like that the students have chains. I recommend it for 7- to 10-year-olds. I would watch it more than once. 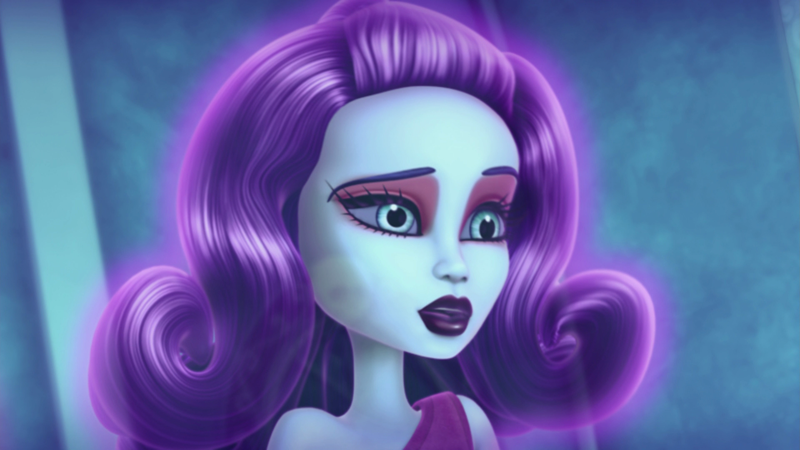 The Quality
The animated colors are brilliant and at times very striking. Images of see-through ghosts are flawless and crisp. I was pleased to see how well the quality was for this dvd pack. I've unfortunately watched way too many animated movies with very poor quality. According to Francis, there were no digital distractions in the transfer (he was impressed with the quality.)

The DTS-HD Master Audio 5.1 track was very active, with sound-effect activity in the side and rear speakers, while the voices were clear up front. There was good directionality in the surrounds, and some minor presence from the bass, making for a good-sounding presentation.

The Extras
I was slightly disappointed in the lack of extras included in this set. With only two very brief animated shorts: "Lochness Lorna" (3:37) and "Sayonara Draculaura" (3:33), our favorite ghouls are featured in timeless stories depicting everyday high school life. They were both entertaining, for the brief time they were featured. My daughter, Emma, did find herself wanting to see a continuation of each story, as they really were well-written and captivated the target audience.

Finally, there was also a handful of previews, with the new "Minion" movie as the outright star. Emma and I found ourselves watching this particular preview several times over, it was that good. BANANA!

Also in the package is a promotional insert and a code for a Ultraviolet download of the film. 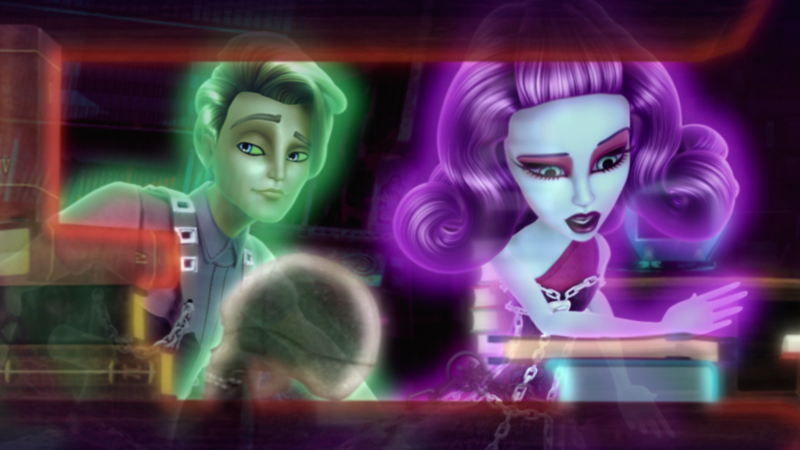 The Bottom Line
Emma and I really enjoyed watching this Monster High dvd set for its entertainment value. As a parent, I enjoyed watching it with her for the lesson that was ultimately taught and revealed to the characters. I know my husband and I pride ourselves on always teaching Emma to believe in herself, who she is and what she believes in. It's ok to be different, to stand out and to march to the beat of your own drum. In life, as on tv and in film, it's always good to know your friends will be there when you need them most.