Man for All Seasons, A 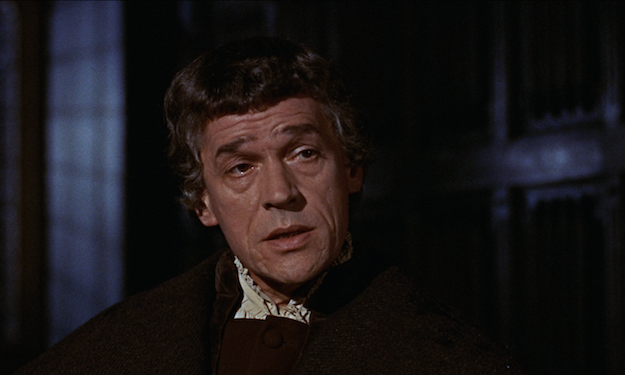 Paul Scofield is astonishing in A Man for All Seasons, the 1966 Academy Award winner for Best Picture that also netted five other Oscars, including one for Scofield's performance. As Sir Thomas More, the devoted Catholic who refused to rubber-stamp King Henry VIII's split from the Roman Catholic Church and wound up decapitated for it, Scofield possesses a consistent air of calm and authority that makes it impossible to take your eyes off of him. Though the history is not as well-known to modern-day American viewers as it would have been to Brits in the '60s, the script by Robert Bolt (adapted from his play) lays things out in terms that are cleaner and clearer than your average Game of Thrones episode, so that we can really focus on More the man, as Scofield brings him to life.

Bolt sees More as a man of conviction, who prizes justice over power. When a young man with more ambition than sense, Richard Rich (played by a simultaneously innocent and slimy John Hurt), looks to More for a position within the royal court, More suggests he becomes a teacher, where he can do more good. Seeing the hurt and confusion on Rich's face in response, it becomes clear that he will become an enemy down the road. More does not ignore this, but seems to think that he will be able to keep above his detractors by being a lawful and honest man. The film subtly suggests even from the beginning that this lack of desire to do something against his conscience for purely political reasons and his lack of malevolent cunning is what will doom him.

That is not to suggest that More is naive, not in the slightest. An early scene shows More measuring his words and carefully navigating a meeting with the Lord Chancellor, Cardinal Wolsey (Orson Welles, at his big-boned best), in which the Cardinal tries to get More on board with Henry VIII's desired divorce from Catherine of Aragon. When More won't acquiesce and join in with the majority of the Royal Council, Wolsey laments, "With a little common sense, you could have made a statesman." Of course, as intelligently as Scofield plays him, More never looks less than the finest statesman England possesses.

Like a bad nickel, this matter of the divorce does not go away. In an odd turn of events, More becomes Lord Chancellor after Wolsey's death, despite his clear stance in favor of the rules of the Catholic Church. For one deluded moment, though, it seems like both More and Henry VIII think the other one will just give up his conviction. In a wonderful scene between Scofield and Robert Shaw as Henry VIII, the rambunctious and almost childish Henry tries to use reason on More as to why his marriage to Catherine is invalid and why they should agree on this. You feel the years of friendship between these men, and Shaw brilliantly shifts between playful cajoling, quiet strategizing, a hint of menace, and eventually unfiltered anger. Scofield, in comparison, is relatively still and yet you feel his desire to make everything all right and peaceable mixed with the distress that he will not be able to do so, as it would betray his deepest held beliefs.

More decides to give up his position and recede from public life, hoping (and assuming) that this will square him with the monarchy. Unfortunately, things just get worse. Henry declares himself Supreme Head of the Church of England and creates an oath stating that he holds such honor and that Anne Boleyn is his new lawful queen. More does not sign it, but tries to make a point that he is abstaining and not refusing. Thomas Cromwell (Leo McKern), another climber in the royal court, sees this as an opportunity to bring More down, and he enlists Richard Rich to help him. They get him locked in the Tower of London and try to get him to slip up during interrogation. More is too smart about the law to do that, so eventually Cromwell and Rich just cheat.

Wendy Hiller (Pygmalion, I Know Where I'm Going!) and Susannah York (Images) turn in fine supporting roles as Sir Thomas More's wife and daughter respectively. Director Fred Zinnemann (High Noon) is nicely restrained in his approach to realizing Robert Bolt's sharply written play onscreen, and they both won Oscars for their efforts, along with cinematographer Ted Moore (who also shot most of the early James Bond movies) and costume designers Elizabeth Haffenden and Joan Bridge. 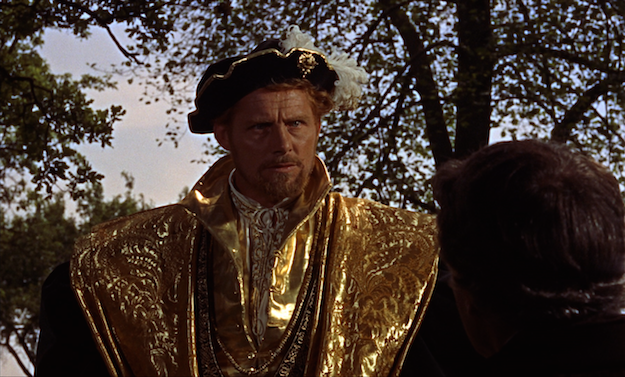 The Blu-ray
A Man for All Seasons comes in a limited edition of 3000 copies. A color booklet featuring an essay by Twilight Time's Julie Kirgo is included.

The Video:
Although I find no note of it in the booklet, I have seen on the internet that this AVC-encoded 1080p 1.66:1 presentation is sourced from a new 4K digital restoration. The end result certainly looks like it. The colors are rich and saturated. The blacks are inky, with good shadow detail. Overall detail is excellent (during Orson Welles's close-ups, you can make out the discrete blown blood vessels the makeup artists put on his cheeks), and it's complimented by attractively tight film grain. There are a few isolated digital anomalies, but for the most part, it's a solid encode.

The Audio:
Georges Delerue's score gets the biggest boost from the DTS-HD MA 5.1 surround audio mix, although ambience is nicely and subtly spread out among the rear channels. At one point, I paused the Blu-ray to see if the birds chirping I heard were in reality or in the film. They were in the film. Now, that's good sound design. Dialogue is always clean and understandable. The disc offers one subtitle option: English SDH.

- Another fun and illuminating chat from the TT crew, full of background on the making of the film and on the filmmakers themselves.

Final Thoughts:
A world-class cast brings life to an ingeniously scripted classic. This new beautiful-looking Blu-ray presentation will hopefully garner this film new fans (well, counting me, it's got at least one). If you have yet to see A Man for All Seasons, or if you want to revisit it, this disc comes Highly Recommended. 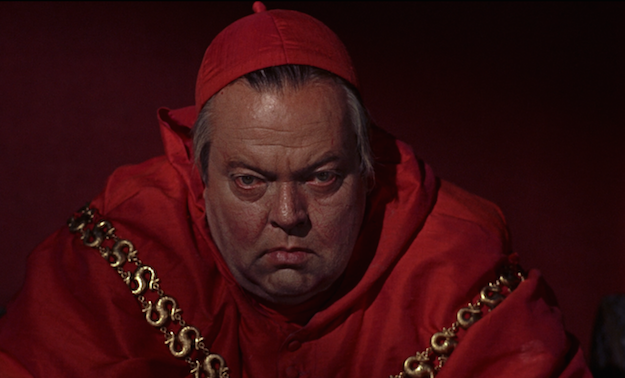