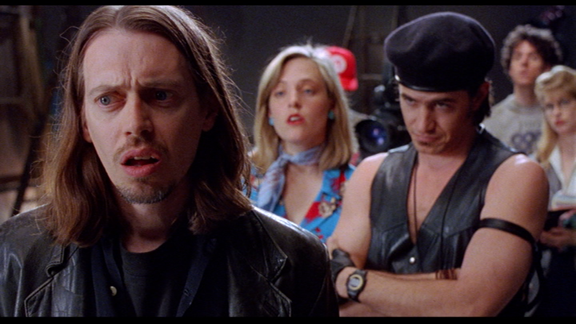 Please Note: The stills used here are taken from the DVD portion of Living In Oblivion: 20th Anniversary.

The ways not to make a movie are laid bare in Living In Oblivion, the perceptive and wickedly funny 1995 indie comedy. With Shout Factory's dual-format, extras-laden 20th anniversary edition, viewers can get back into that casual '90s-indie vibe with Steve Buscemi, Catherine Keener and Peter Dinklage. It still delivers.

With Living in Oblivion director-screenwriter Tom Dicillo channeled the bleak experience of making his previous film - 1992's Brad Pitt vehicle Johnny Suede - into a sharp commentary on filmmaking which ended up combining healthy doses of autobiography and wicked satire. Given what this Blu-ray reveals about the chaos that went on behind the camera, it's kind of a small miracle that the movie ended up being as smooth and enjoyable as it did. In relaying the story of New York filmmaker Nick Reve (Buscemi) haplessly attempting to film a serious indie drama with the non-help of a tiny cast and crew, Dicillo used a three-part structure.

The movie's first part delves into a night when Reve and his crew are scheduled to film an intense mother-daughter confrontation scene in a grungy abandoned building used as a film set. Lead actress, Nicole Springer (Keener), arrives on set anxious over a scene which recalls her relationship with her own late mother. Reve sets up the scene with Springer and Cora (Rica Martens), the actress playing her mother, with the help of his efficient a.d., Wanda (Danielle von Zerneck), and a resolute cameraman named Wolf (Dermot Mulroney). The execution of this simple scene ends up going awry, however, with the boom microphone creeping into the camera's view, outside noises, exploding lights and other mishaps. Keener and Martens finally hit upon perfectly executed, heartfelt performances - while the camera isn't running. Buscemi's anguished expression while the perfect scene he strove for plays out says it all.

Funny as it is, Living In Oblivion's first part serves as a nifty mini-movie on how film is a truly collaborative medium. Amazingly, Dicillo was able to use this first segment to secure financing for the rest of the movie with the same cast (many of whom were among the investors on this tiny-budgeted effort). While the first segment is a nightmare experienced by Buscemi's character, the second segment becomes more about Buscemi and Keener dealing with the movie's preening lead actor, Chad Palomino - played with bluster by James Le Gros. It's another night on the film set, this time with Keener and Le Gros in formal dress playing out a scene where she admits to that she's been in love with him for some time. As the filming goes on, Le Gros begins making lame suggestions about blocking, lighting and camerawork. Buscemi listens to his suggestions, even trying some out to appease the star (which doesn't sit well with Keener). While Keener tries to hide the fact that she and Le Gros recently slept together, the preening of Le Gros has varying effects on the crew. The hilarity that ensues springs from the pretentious, bloated vanity of Le Gros' character - rumored to have been based on Brad Pitt, although Dicillo strenuously denies it on this disc's documentary and commentary track.

Due to it being so heavily reliant on dreams, Living In Oblivion's narrative runs into logistical problems here and there (why would Buscemi dream about Keener's memories, for instance?). Most of the loose ends get tied together for the third act, however, which actually takes place in this film-within-a-film's reality. In this segment, Buscemi's crew is filming - what else? - a dream sequence, with Keener in a wedding gown standing in an empty, smoke-filled room. For the scene, a surly dwarf actor named Tito (Dinklage) has been hired to walk around Keener holding an apple and laughing maniacally. The filming is also besieged with problems, while Tito (whom Keener keeps calling "Toto") rightfully points out the lameness of Buscemi's script ("Have you ever had a dream with a dwarf in it?"). A solution is eventually found, however, while Dicillo wraps it all up with a nice coda that gives each character some time to express their thoughts. 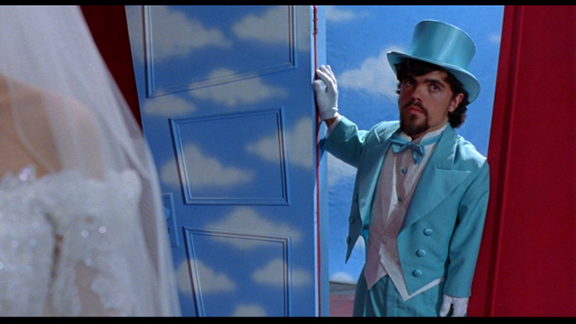 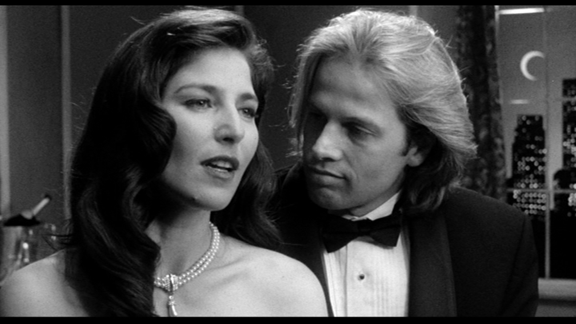 Shout Factory's 20th Anniversay edition of Living in Oblivion comes as a dual format release, with DVD and Blu-ray packaged in a standard Blu-sized keep case. Perhaps attempting to cash in on Dinklage's popularity with Game of Thrones, Shout has given the actor's face prominence on this edition's cover design over the film's stars, Buscemi and Keener.

Presented in clean 1080p anamorphic widescreen at the film's original 1:85 aspect ratio, Living in Oblivion's image on Blu ends up looking good in this edition. It should be noted, however, that this version has not been digitally cleaned up. Small flaws still remain in the original print, such as dust marks and a persistent white dot in one scene from the first segment. While 16mm stock used on the first segment sports the grainy texture and contrasted values of that format, the other two parts got upgraded to 35mm and look fine compared with other vintage '90s films. The color is pretty vivid throughout, while darker scenes are given a pleasant richness without appearing too murky.

The Mono soundtrack is given a decent showcase with this disc's DTS-HD Master Audio mix. Dialogue is kept clear and efficiently blended with the sound effects, with no elements overpowering each other. Despite the age of the film, it sounds relatively clean with few pops or distortion. The music is basically confined to the film's opening and closing credits. Optional English-language subtitles are also provided.

Shout has included several worthwhile extras in this 20th Anniversary edition. The main attraction is In Our Own Oblivion: The Miracle of Making a Film, a 46-minute documentary with director Tom DiCillo, producer Marcus Viscidi, Buscemi, Le Gros and several other cast members recalling their experiences on this unusual project. A feature-length Audio Commentary has DiCillo repeating some of the same anecdotes from the doc, although there's a lot more in this informative track. The discs also include a few holdovers from Sony's 2003 DVD, including a brief Deleted Scene and a Q&A with Tom DiCillo and Steve Buscemi with the two chatting in front of an enthusiastic film festival audience in 2002.

Living in Oblivion was one of the funniest comedies of the '90s. A big part of its lasting appeal came from Steve Buscemi's frustration as an overtaxed director simply trying to finish his zero-budget indie film, although there's a lot more to enjoy in this still-fresh comedy of errors. Shout Factory's 20th Anniversary home video edition comes Highly Recommended. 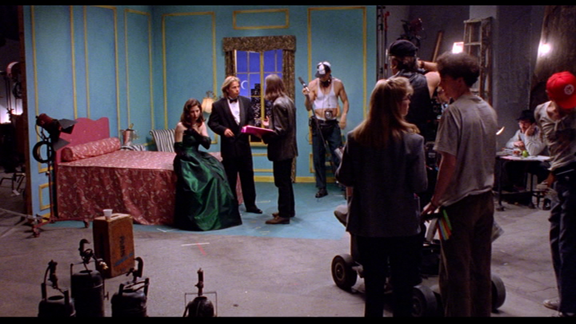 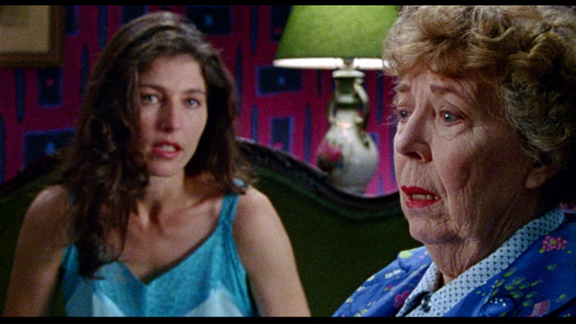